Photo of the Day: Trash Pile 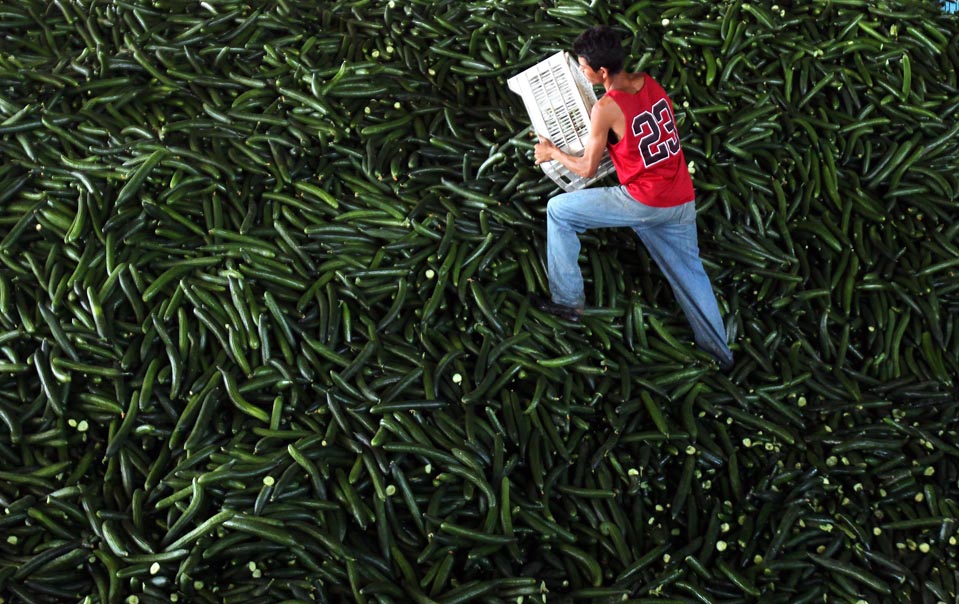 A Romanian farm boy throws another case of cucumbers onto a huge pile waiting to be taken away as waste at an agriculture facility in Popesti Leordeni, near Bucharest, Romania 06 June 2011. Romanian vegetable producers are suffering from loss of sales as a consequence of the EHEC bacteria. Today the workers from Leordeni faility were throwing the last three days fresh cucumbers production, amounting to 1.500 tons, despite the E. coli lab analyses showing negative . The E. coli outbreak centered in northern Germany has spread to 11 other countries, the World Health Organization (WHO) said. Romanian farmers are asking the government to find a way of compensating them due to the losses caused by E. coli hysteria. EPA/ROBERT GHEMENT. Click to zoom.