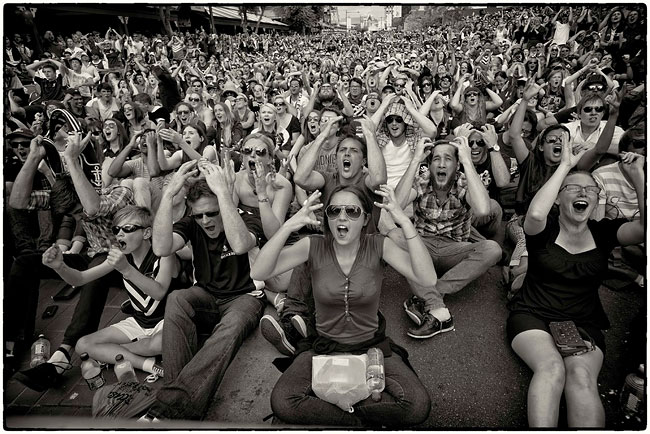 “Missed”. Emotional fans watch and express their disbelief as their team, the Fremantle Dockers, loose an AFL (Australian Football League) Grand Final on a giant screen provided by the local council for people not able to make the trip across Australia to see the match. Photo location: Fremantle, Western Australia. (Photo and caption by Tony McDonough/National Geographic Photo Contest) 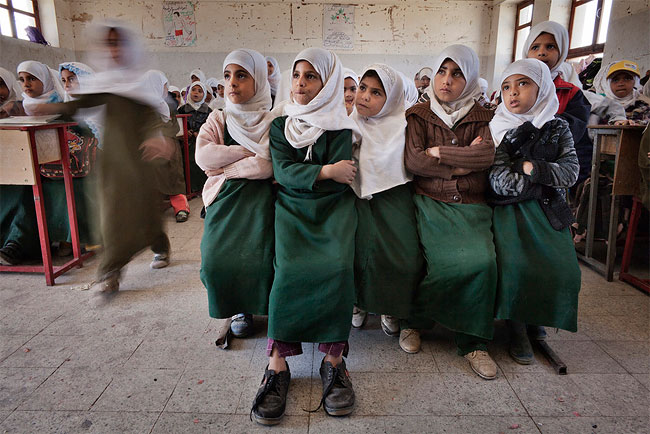 “I Read I Write: Yemen-Access to education”. Five Yemeni students sit on a bench at an elementary school in Sanaa, December 2012. According to UNICEF, getting access to education – even a primary school education – is one of the biggest challenges facing children in Yemen today, especially girls. Nearly half of primary school age girls do not go to school. Two out of three women in Yemen are illiterate. Photo location: Sanaa, Yemen. (Photo and caption by Laura Boushnak/National Geographic Photo Contest) 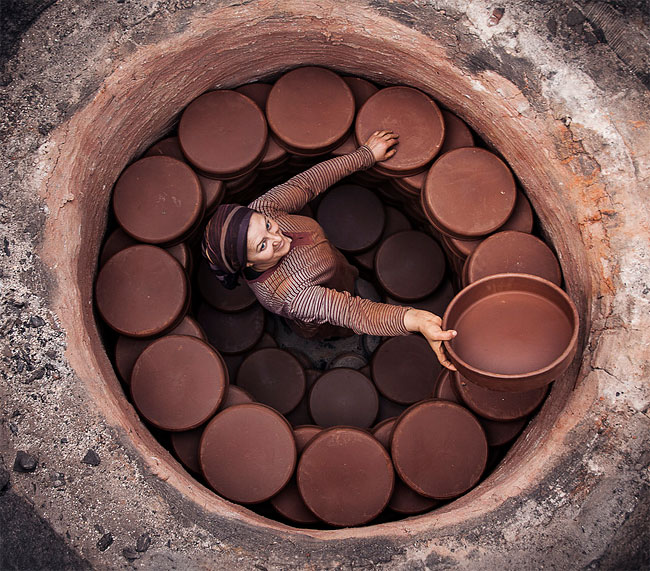 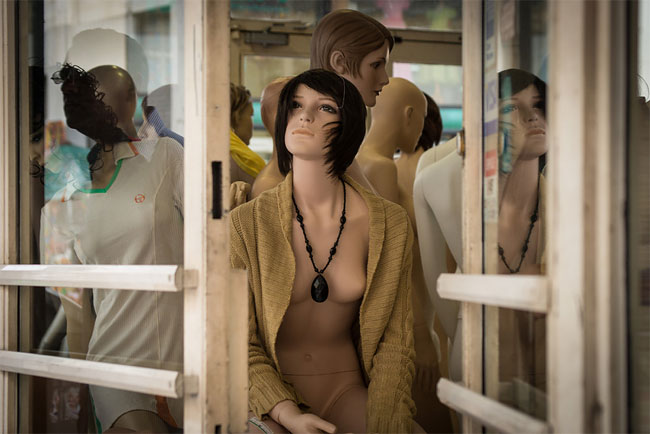 “Beauty in the corner”. Walking along the street in the Santo Domingo , I came acoss the beauty from the door. Her eye and emotion attracts me so much, which makes me lost in wild and fanciful thoughts of her story, even as a plastic clothing model. Photo location: Santo Domingo. (Photo and caption by Rui Han/National Geographic Photo Contest) 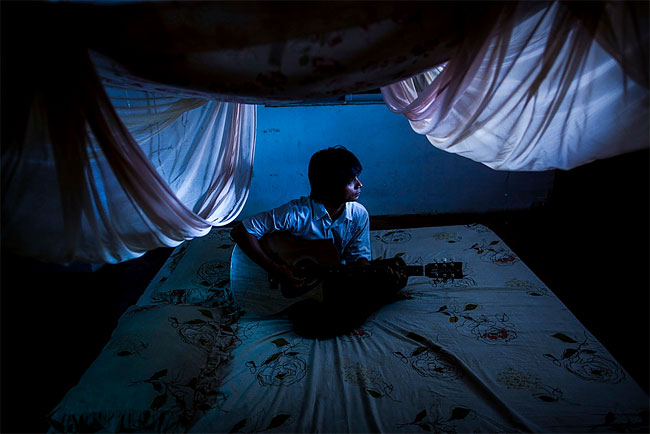 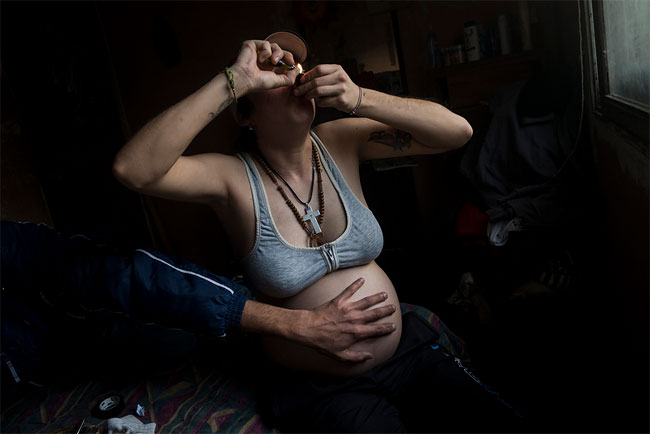 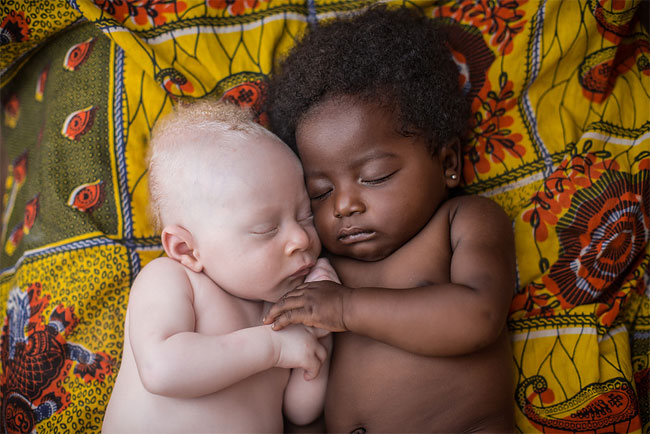 “Basunga”. Basunga (3 weeks-old newborn with albinism) is happily sleeping with his cousin. For now, he does not yet realize the difficulties he will face to integrate into the Congolese society as a PWA. The success of his integration will greatly depends of how he accepts himself and his skin condition a and how educated he will be. Photo location: Kinshasa, Congo RDC. (Photo and caption by Patricia Willocq/National Geographic Photo Contest) 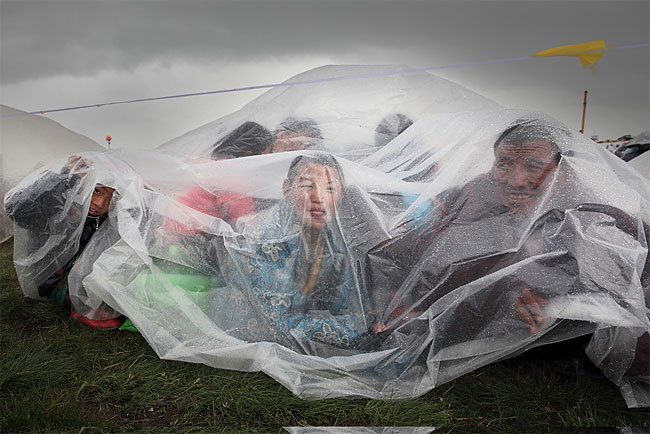 “Attending the Buddhist Ceremony”. Tibetans attending a special buddhist ceremony which hold in every 20 years. Photographer took the shot at the third day of this ceremony when the sky stared to rain, instead of leaving, those devout worshippers covered themselves with a plastic cloth which moves the phtographer very much. Photo location: Tibet. (Photo and caption by Liu Li/National Geographic Photo Contest) 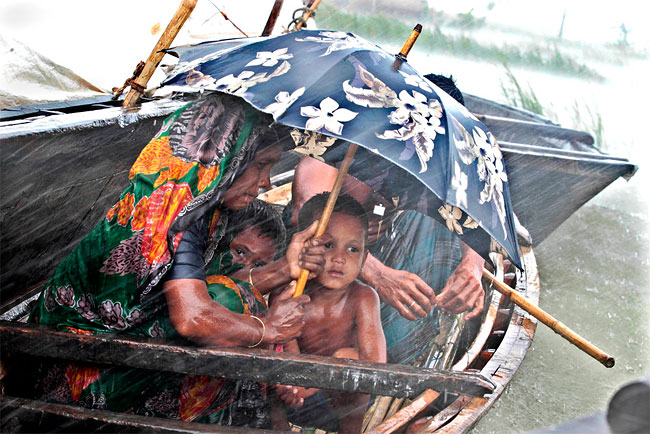 “Flood Effected Mother and Children”. A woman sits with her child in a boat during heavy rains at a flooded village in Kurigram, a northern district of Bangladesh. Photo location: Kurigram, Bangladesh. (Photo and caption by Andrew Biraj/National Geographic Photo Contest) 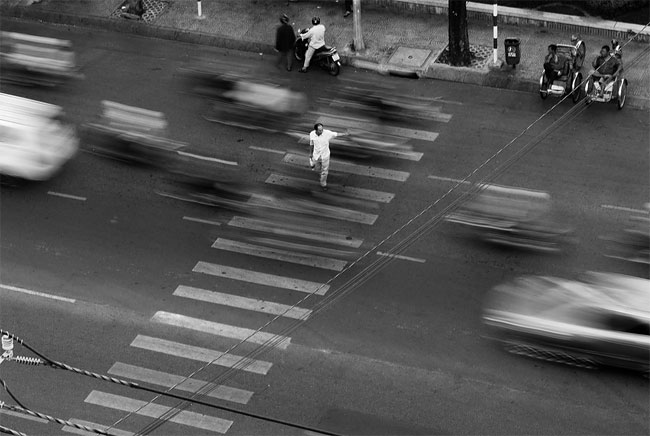 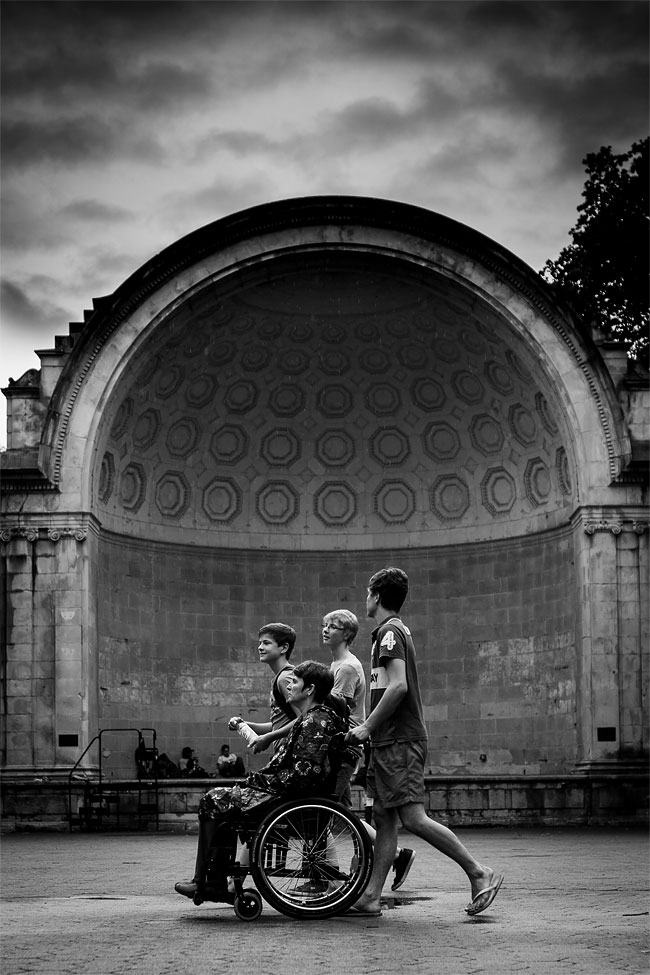 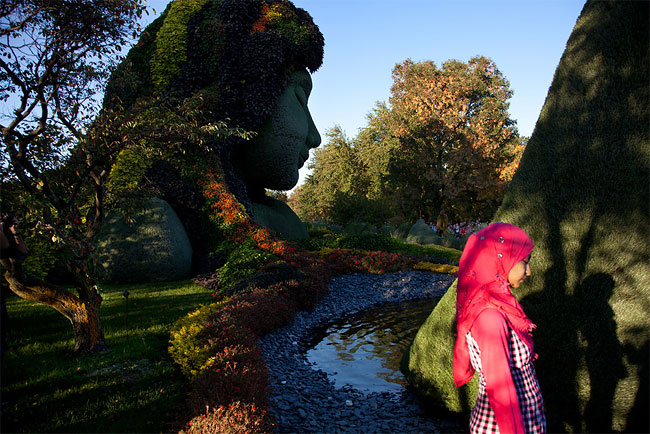 “Mother (and daughter) Earth”. I was visiting the Mosaïcultures exhibit at the Montreal botanical gardens, an international showcase of huge living sculptures, and the crowds were so dense that I began integrating people into my photographs. Venturing around the back of one sculpture entitled “Mother Earth”, I happened on a girl with an uncanny likeness to the giant, peaceful woman behind her. Photo location: Montréal Botanical Gardens, Québec, Canada. (Photo and caption by Nasuna Stuart-Ulin/National Geographic Photo Contest) 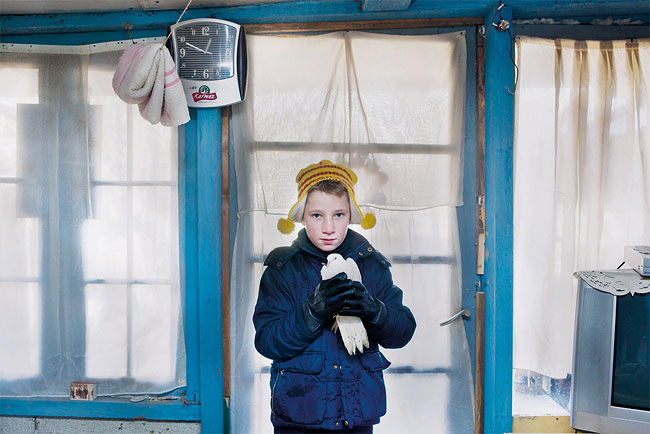 “Laurentiu”. This picture is a part of the series of my work “Frumoasa”. “Frumoasa” is Romanian for “beauty”. It’s a work about Laurentiu and his family. They live in shacks next to the railway near the Ghent Dampoort. I met him and his family in December 2012. They have to deal with all kind of obstacles on a daily basis. The lack of a legal address gave them administrative problems and make it hardly impossible for them to find a decent job. They form a happy, warm and close family, despite the constant uncertainty in which they live. Photo location: Ghent Dampoort, Belgium. (Photo and caption by Aurélie Geurts/National Geographic Photo Contest)

Photo of the Day: Jackal Fighting
Miracle Black & White Photos Of A Desolate And Deserted London From 1977
Guardian Readers' Travel Photography Competition: June 2016
Cool Snaps Capture People Posing With Signs In The Past
“After the Apocalypse” by Photographer Lori Nix
NASA Just Released Some Absolutely Spectacular New Photos Of Jupiter
San Francisco's Chinatown In The Early 1900s Through Arnold Genthe's Lens
Stunning Rare Photos Of The Emperor Nicholas II Fooling Around With His Friends In 1899
Beautiful Vintage Photos Of The Circus Girls Of Sarasota Taking A Break In 1949
Going Down The London Underground In The Later 1980s
20 People Whose Parents Could Easily Be On The Cover Of Fashion Magazines
The Taser Photoshoot: Portraits Of People's Faces When Hit With A Stun Gun
Photo of the Day: Pigeons
New Reflected Landscapes and Photo Manipulations by Victoria Siemer
Beautiful Color Photographs Of England During The 1920s
This Couple Of Artists Photographs Yoga Poses
Photographer Explores the Beautiful Diversity of Redheads
2014 National Geographic Photo Contest, Week 1
“Beauty Warriors”: Fine Art Portrait Photography By Evija Laiviņa And Her Powerful Message For Our Society
Protests, Nature and A World in Lockdown Are Captured from Above in Drone Photo Awards 2020
Woman Stages Very Intimate Postpartum Photo Shoot To Build Back Her Body Confidence After Having 3 Babies In One Year
Artist Leaves Funny Signs Around City For People To Find
This Lithuanian Woman Has The Greatest Facebook Profile Pictures Ever
Ethereal And Atmospheric Female Portraits By Alessio Albi
contest, geographic, national, people, photo

The V&A Has Announced the Winners of Its 50th Annual Illustration Awards
Photo of the Day: Bear vs Camera
Beautiful Pics Of Ukraine That Are Heartbreaking To See Right Now
Photo of the Day: What Do You Want From Me?
These Photographs Of Tattooed Senior Show That Body Art Looks Beautiful On Everyone
Can You Guess Who Is Kissing In These Pics: Real Couples Or Friends?
Photo of the Day: A Square
Spectacular Winning Photos Of The Astronomy Photographer Of The Year 2018 Contest
Swiss Company Turns People’s Ashes into Diamonds
Photo of the Day: And a Cup of Tea
2007 ‒ 2023 by Design You Trust. Proudly hosted by WebHostingBuzz.
Privacy Policy · Terms of Service · Content Removal Policy ❤️ 🇺🇦