One of the Most Beautiful Places in America 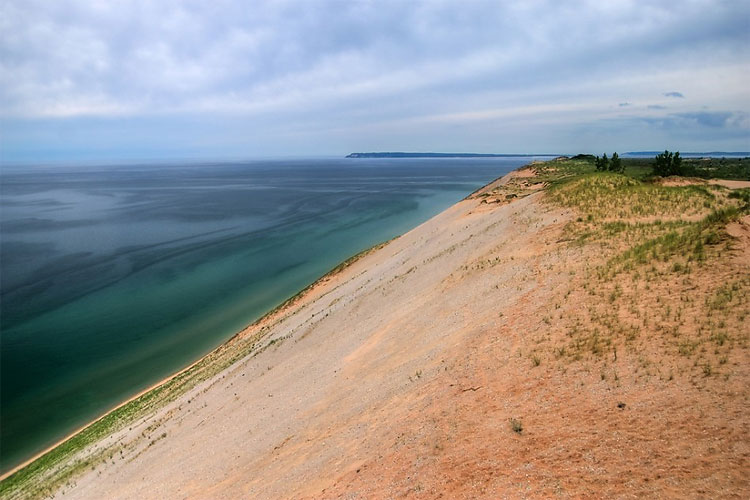 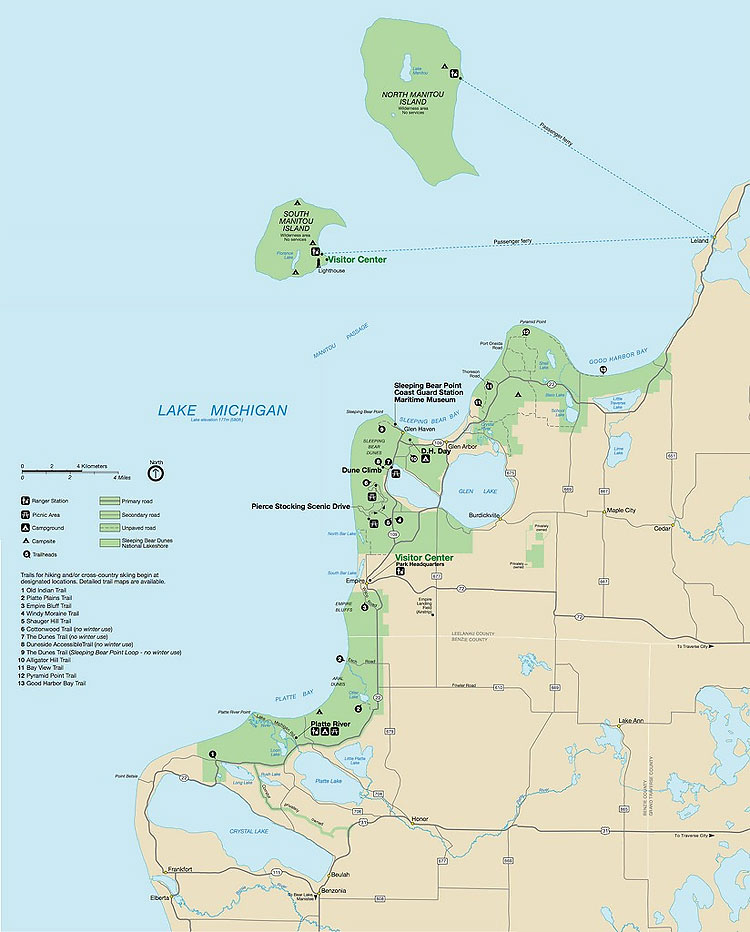 The park’s creation was highly controversial because it involved the transfer of private property to public. The Federal government’s stance at the time was that the Great Lakes were the “third coast” and had to be preserved much like Cape Hatteras or Big Sur, which are National Seashores. The residents living in what is now Sleeping Bear Dunes National Lakeshore believed they were stewards of the land and did not want it to be overrun by tourists. The Government eventually won out in part by supporting the local schools to offset the lost property tax revenue and by adding North Manitou Island to be included in the park. 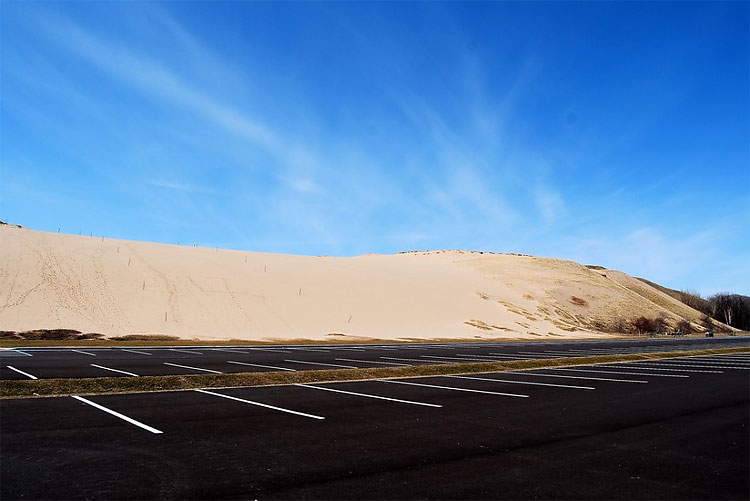 The park is named after a Chippewa legend of the sleeping bear. According to the legend, an enormous forest fire on the western shore of Lake Michigan drove a mother bear and her two cubs into the lake for shelter, determined to reach the opposite shore. After many miles of swimming, the two cubs lagged behind. When the mother bear reached the shore, she waited on the top of a high bluff. The exhausted cubs drowned in the lake, but the mother bear stayed and waited in hopes that her cubs would finally appear. Impressed by the mother bear’s determination and faith, the Great Spirit created two islands (North and South Manitou Island) to commemorate the cubs, and the winds buried the sleeping bear under the sands of the dunes where she waits to this day. The “bear” was a small tree-covered knoll at the top edge of the bluff that, from the water, had the appearance of a sleeping bear. Wind and erosion have caused the “bear” to be greatly reduced in size over the years. Today only a small remnant remains. 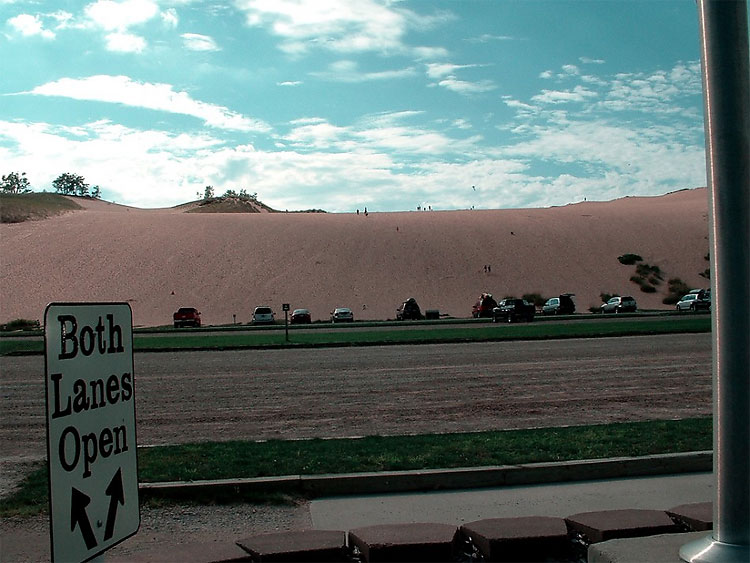 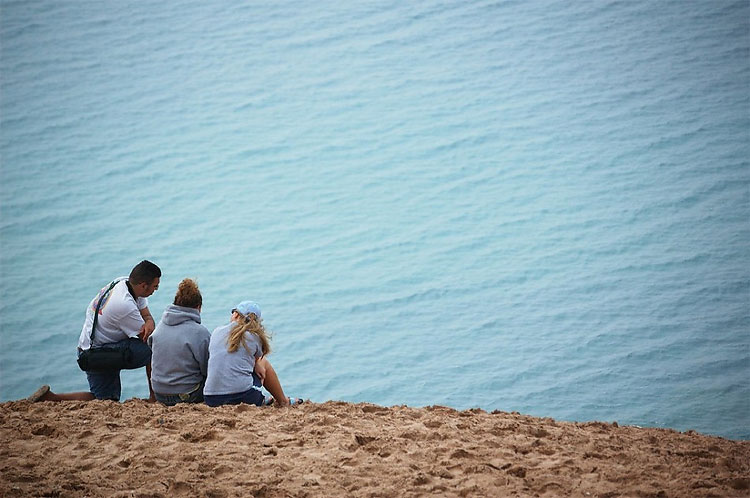 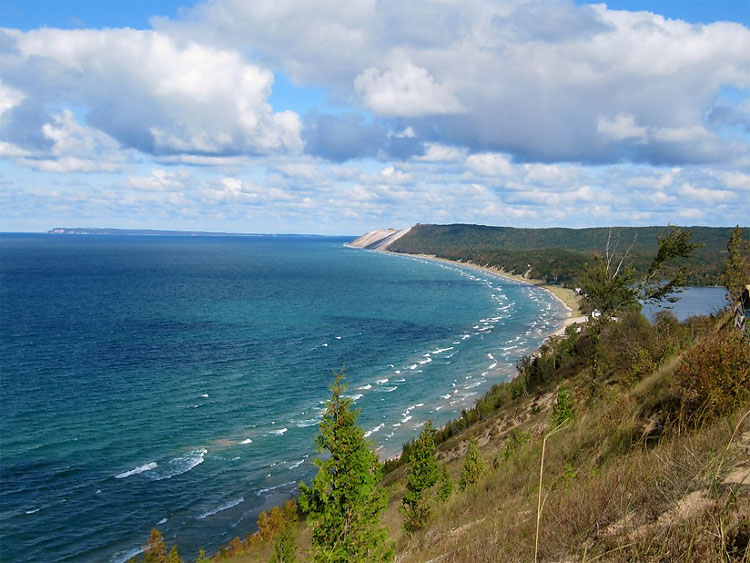 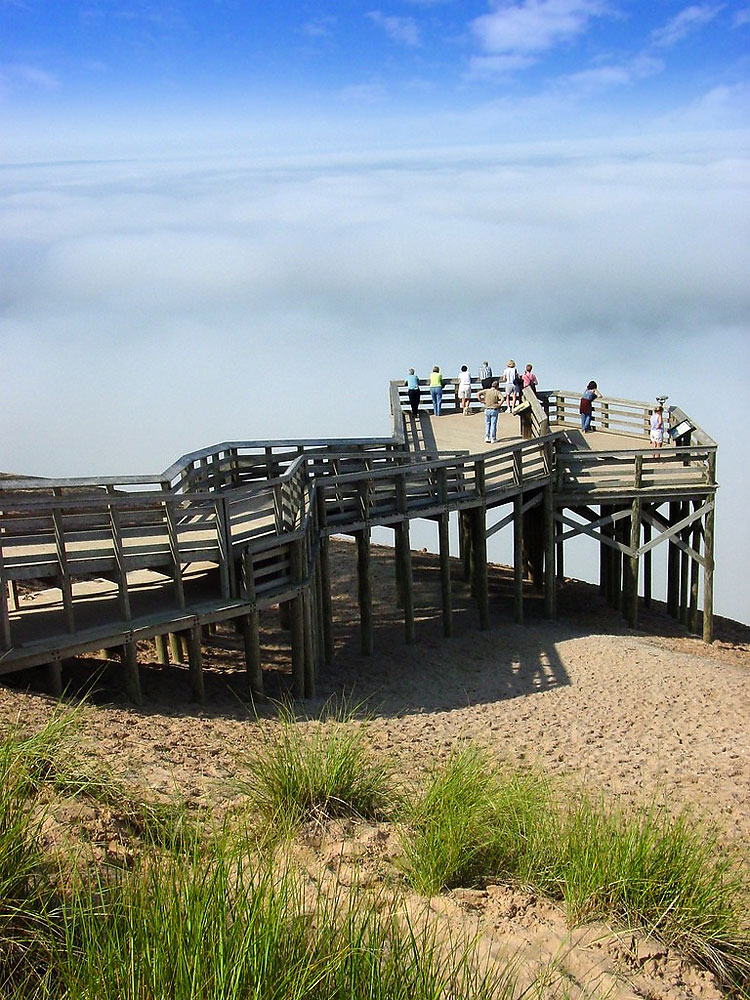 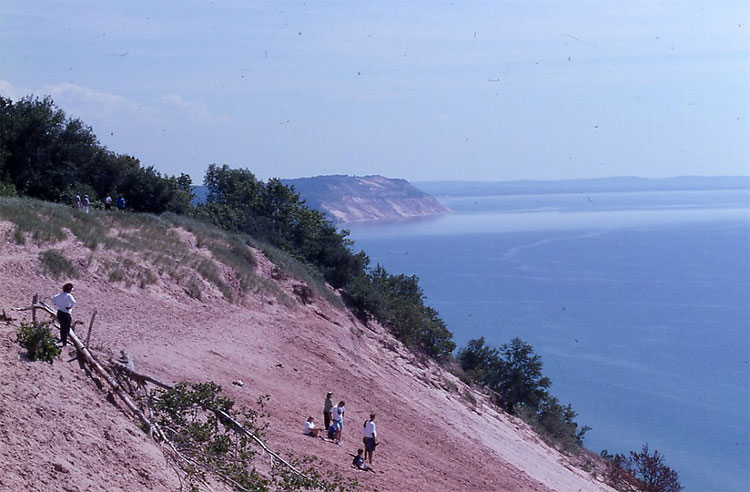 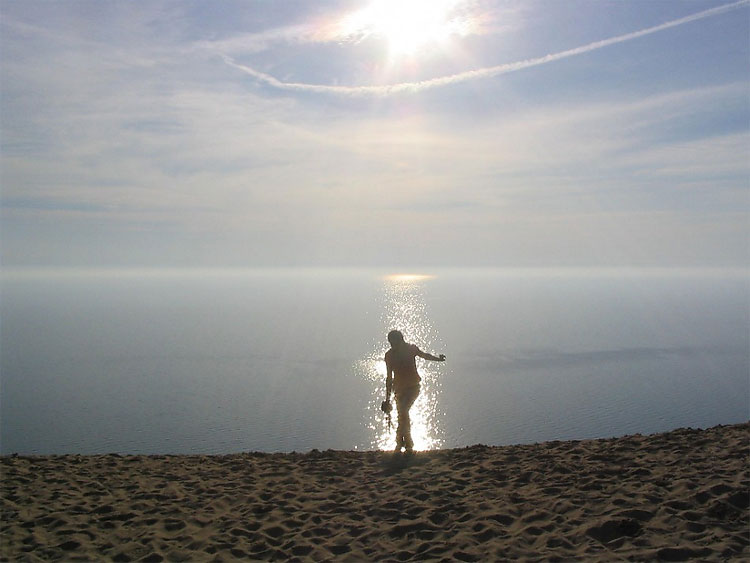