Getting Creative as Floodwaters Rise in Thailand 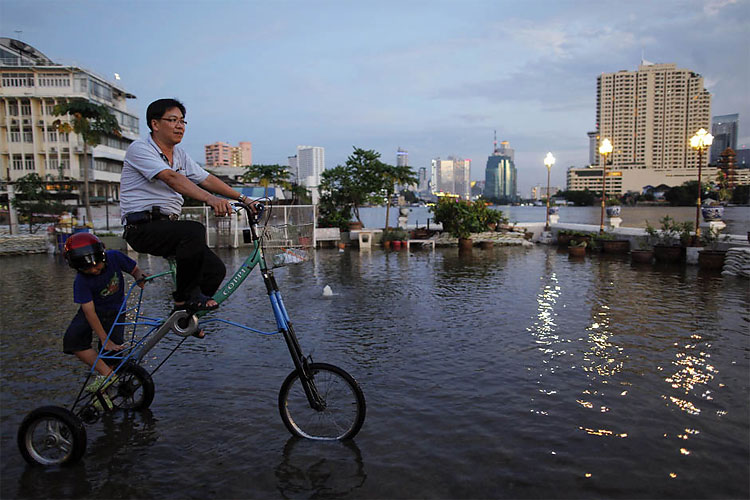 Anusorn Adirekkittikun’s eight-year-old son, Korn, climbs on the tricycle he designed and built to move through water in a flooded neighborhood near Chao Phraya river in central Bangkok October 28, 2011. (REUTERS/Damir Sagolj) 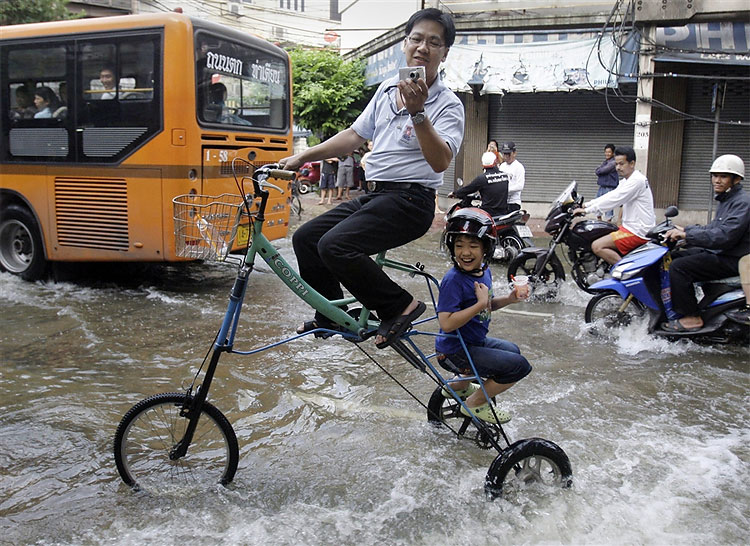 Traffic clogged roads out of the Thai capital Friday as tens of thousands of people fled ahead of a high tide expected to worsen floods that have inundated factories and prompted foreign governments to warn their citizens to stay away. (Aaron Favila / AP)