The Dog Creative Stylist of the Year Competition

“To say they are colorful characters would be an understatement. From Winnie the Pooh-dle to a pink My Little Pony with false eyelashes, these painted pooches highlight the art of the dog groomer. All were entrants in the British Dog Creative Stylist Of The Year competition held at Swanley in Kent and organized by dog salon owner Louisa Tandy. Poodles or poodle crosses are the breed most commonly used because of their good nature and easily sculptured coats. The colors come from washable vegetable dyes sprayed onto the coat, using stencils to achieve the patterns… Louisa insists that it’s strictly regulated to ensure no animal is harmed as it undergoes a transformation into a barking Bertie Bassett or even a dogosaurus dinosaur. ‘The dogs are thrilled with the attention they get,’ says Louisa, ‘and they love strutting their stuff.” 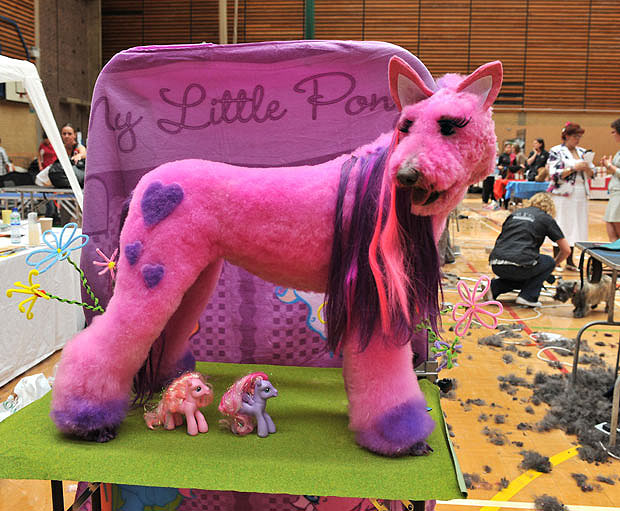 A poodle clippered and dyed to look like My Little Pony is pictured at a creative dog grooming event in Swanley, Kent. The Dog Creative Stylist of the Year competition showcases the creative skills of Britain’s top pooch groomers. The range of colours are produced by safe, washable vegetable dyes. (Steve Collins / Barcroft Media) 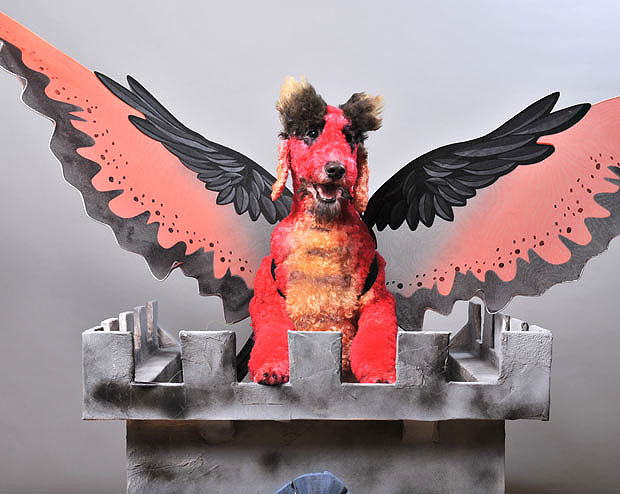 A poodle creatively groomed as a dragon poses on the top of a castle at the Dog Creative Stylist of the Year competition in Swanley, Kent. (Steve Collins / Barcroft Media) 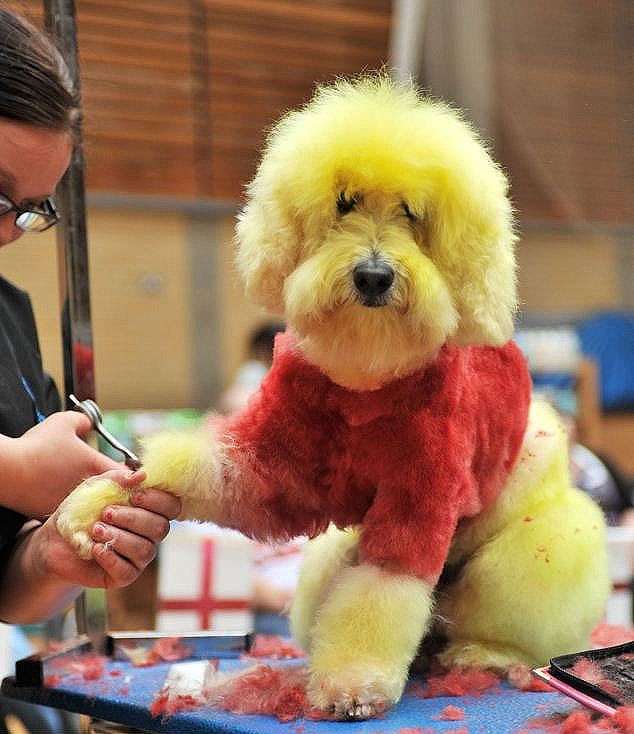 A doggy Pooh in make-up before the event. (Steve Collins / Barcroft Media) 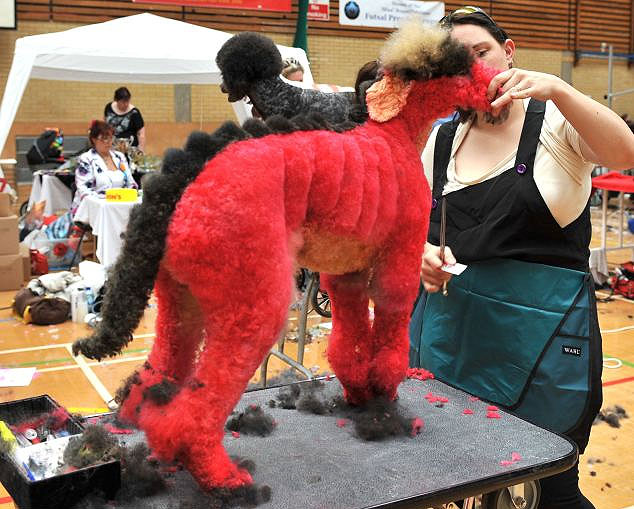 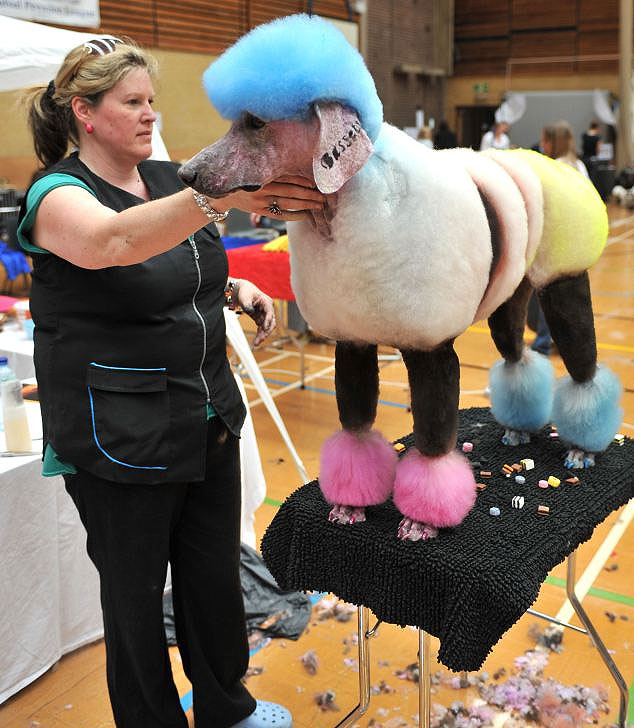 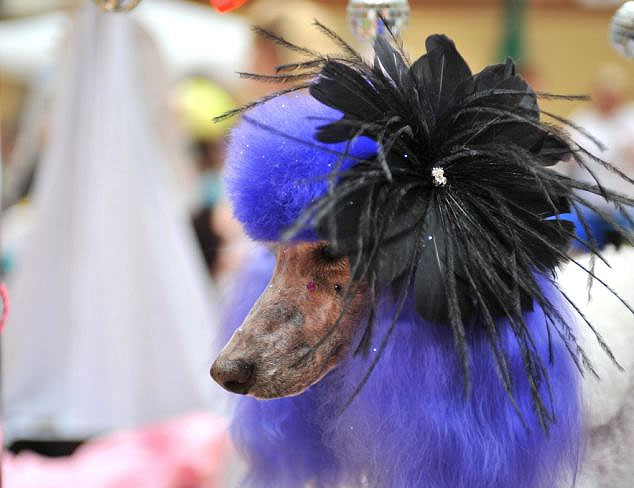 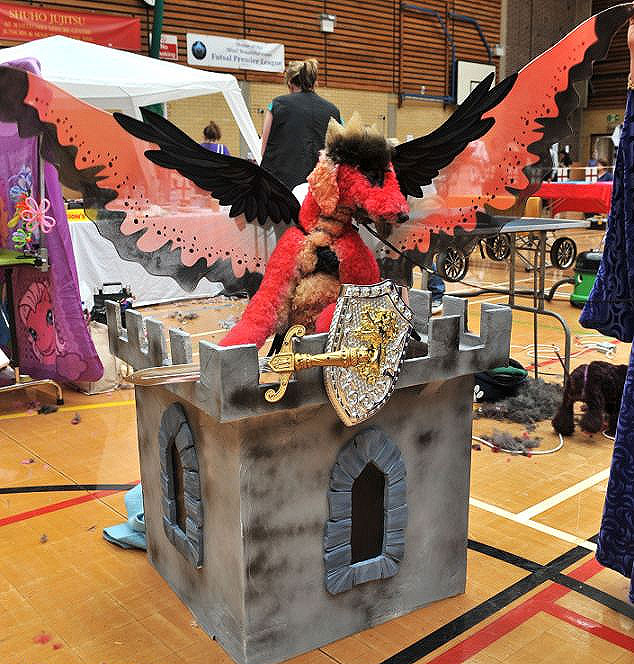 The winning red dragon poses on the top of his castle. (Steve Collins / Barcroft Media) 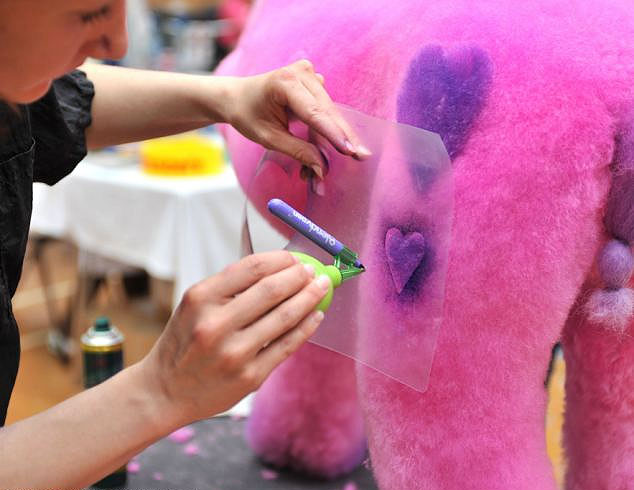