Handbags and Sliced Bread: Hans-Peter Feldmann at the Serpentine gallery 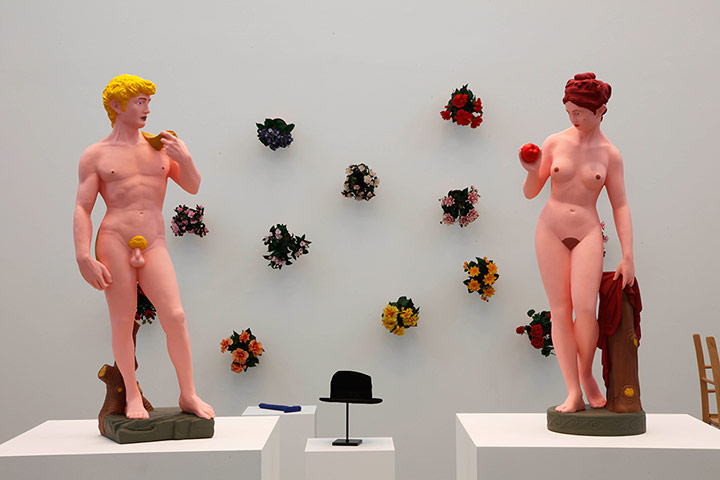 This is the playful German artist’s first major solo show in London. He has shunned the art-world limelight for much of his career, preferring to collect cultural artefacts rather than exhibit them. 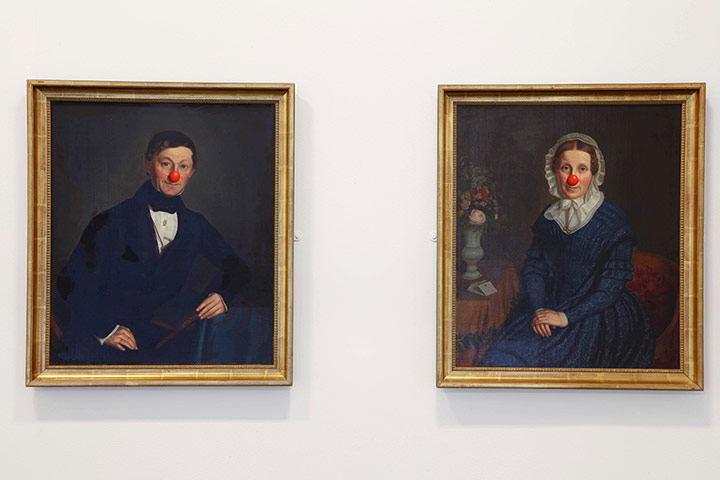 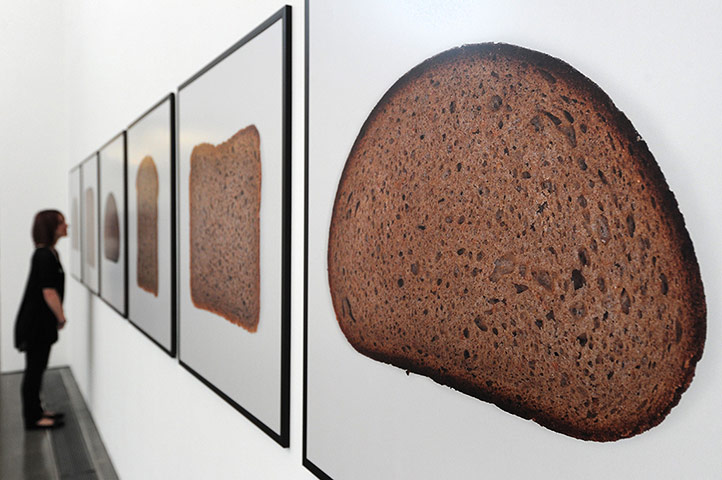 Feldmann’s series of photographs of bread slices reveal his penchant for documenting quotidian objects – other examples include empty baths and his own bookshelves. 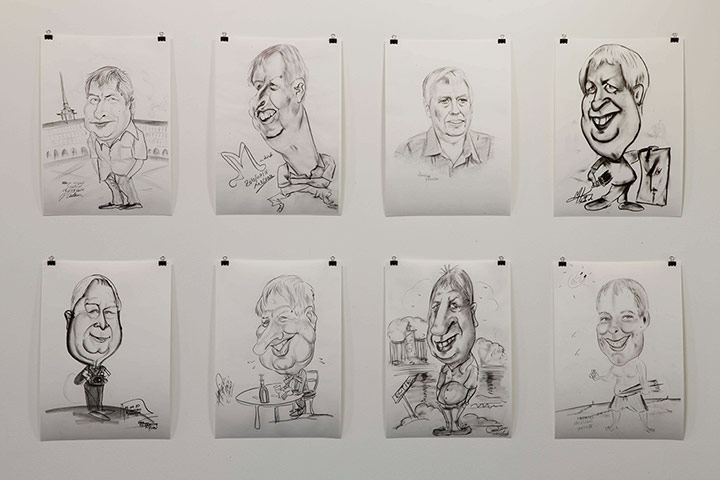 For another project, Feldmann wandered the streets of Madrid and asked many of the tourist caricaturists to make a likeness of him. According to Adrian Searle, the results reveal his prominent conk and ‘funny uncle’ look. 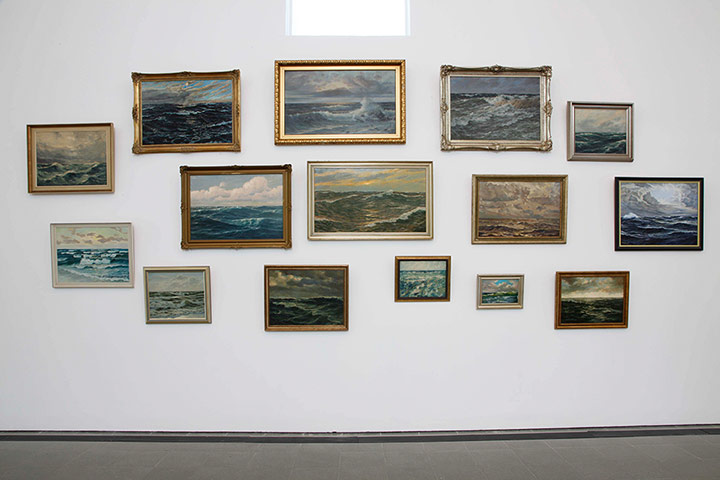 Another wall of the Serpentine gallery show is filled with run-of-the-mill seascapes. 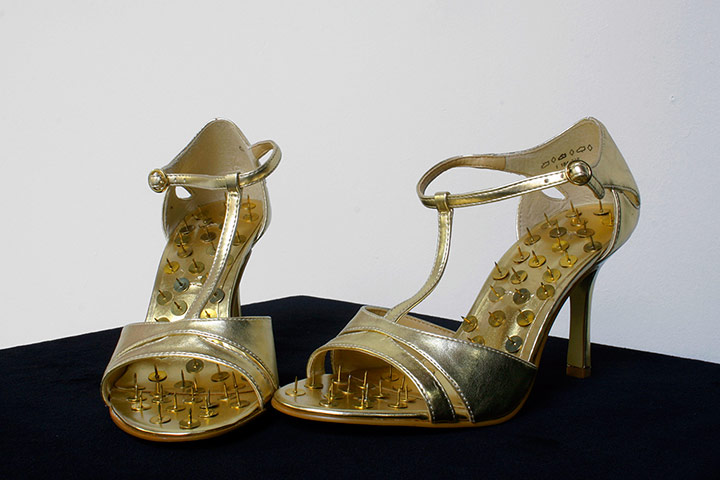 Feldmann’s golden shoes are filled from toe to heel with drawing pins. Many of his works repackage and rethink female paraphernalia. 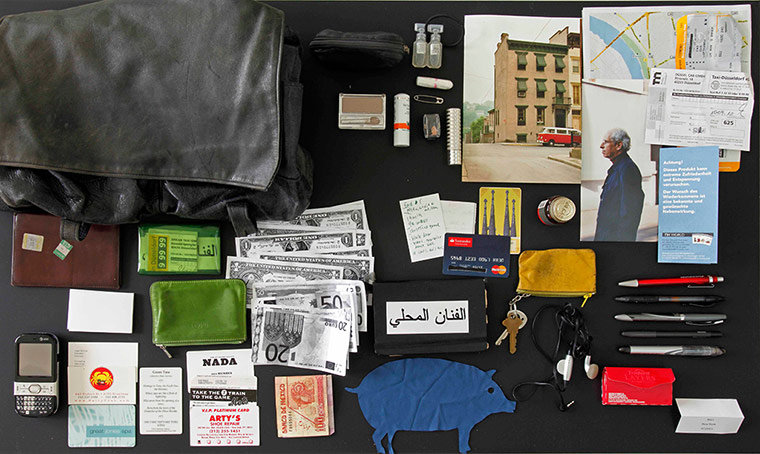 For a series of works based around handbags, Feldmann asked a selection of women to hand over the entire contents of theirs. He offered each participant €500 for the honour of taking part. 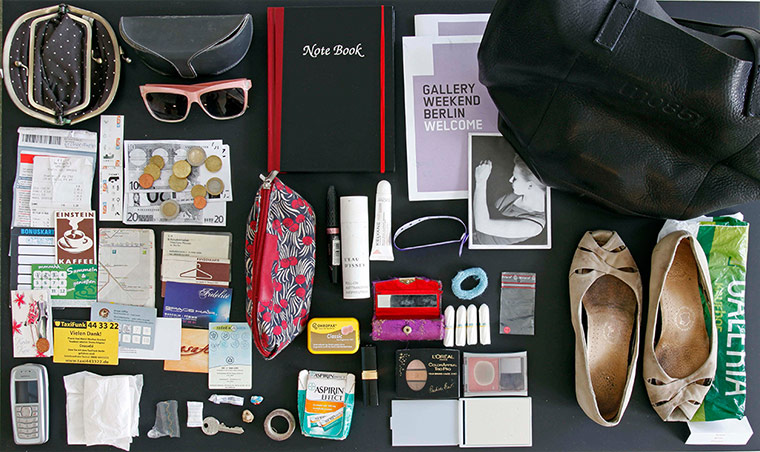 The women are identified only by first name, city and age. This handbag belongs to Oriane from Berlin, aged 27.