Life of the U.S in the Early 1940s Through Incredibly Colorized Photos

Tenant farmer and part of his family in field ready for tobacco planting. Nine miles north of Danville, Pittsylvania County, Virginia, circa 1935-42 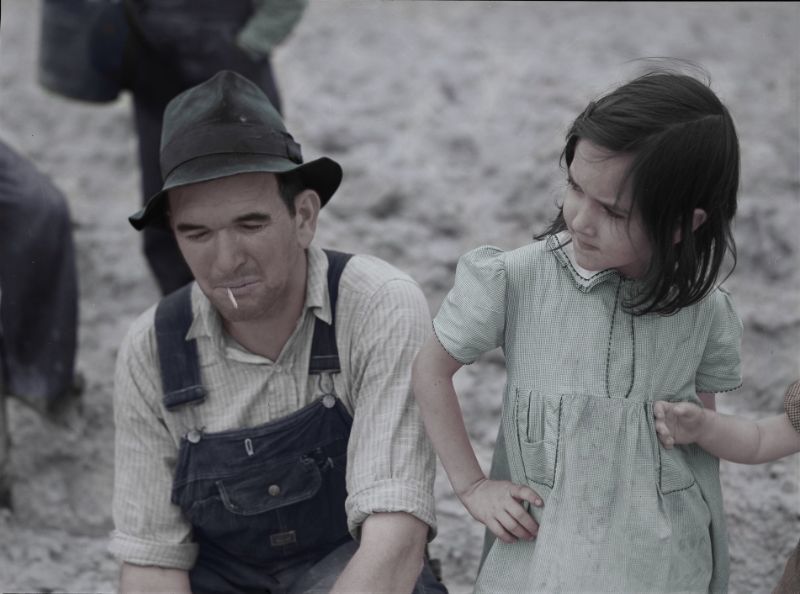 Jack Delano (born Jacob Ovcharov; 1914–1997) was a Ukrainian immigrant who became an accomplished photographer for the Works Progress Administration, United Fund, and most notably, the Farm Security Administration (FSA). He wore many hats as he also was a composer known for his use of Puerto Rican folk material, started a television production company, and was a cartoonist, poet, moviemaker, professor, and architectural designer. 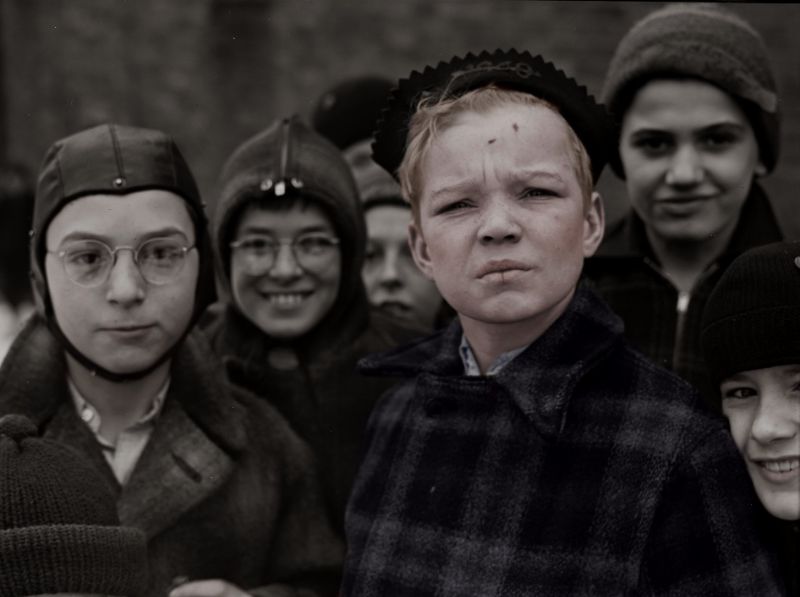 By the time the United States entered WWII, Delano completed a number of photo essays on industry in America preparing for the war. He was then drafted into the Air Force and served in the South Pacific from 1943 to 1946. Throughout his time in the military he continued documenting his experience via films and photographs, many of which remain classified to this day. 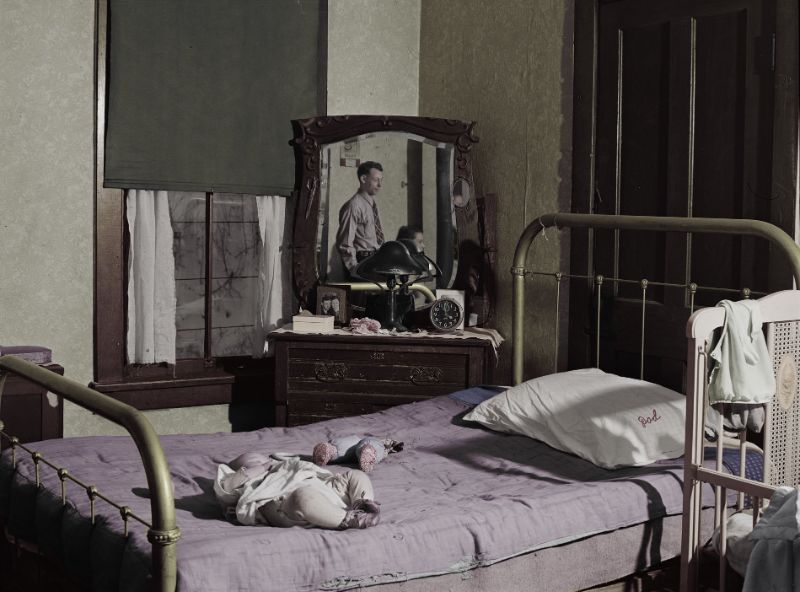 Delano came home a captain and was determined to move to Puerto Rico with his wife, Irene (a second cousin to fellow photographer Ben Shahn), a land both of them had fallen in love with. Delano took amazing photos which were colorized by Rob van den Berg that documented everyday life of the United States in the early 1940s. 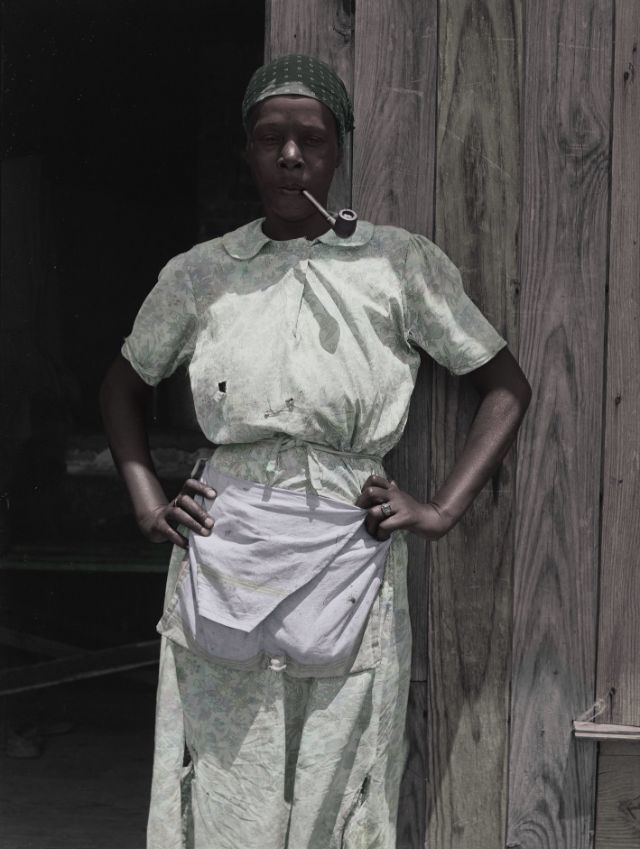 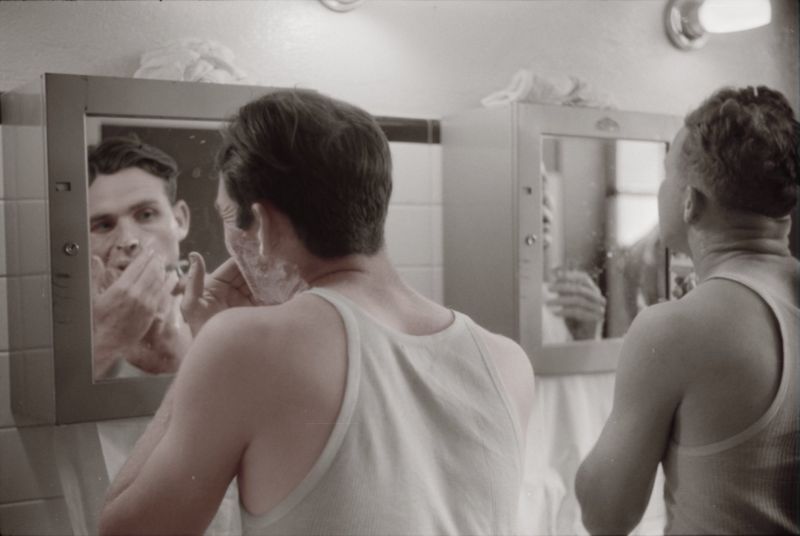 At the electric furnace in the foundry at the Farrell-Birmingham Company, Ansonia, Connecticut, November 1940 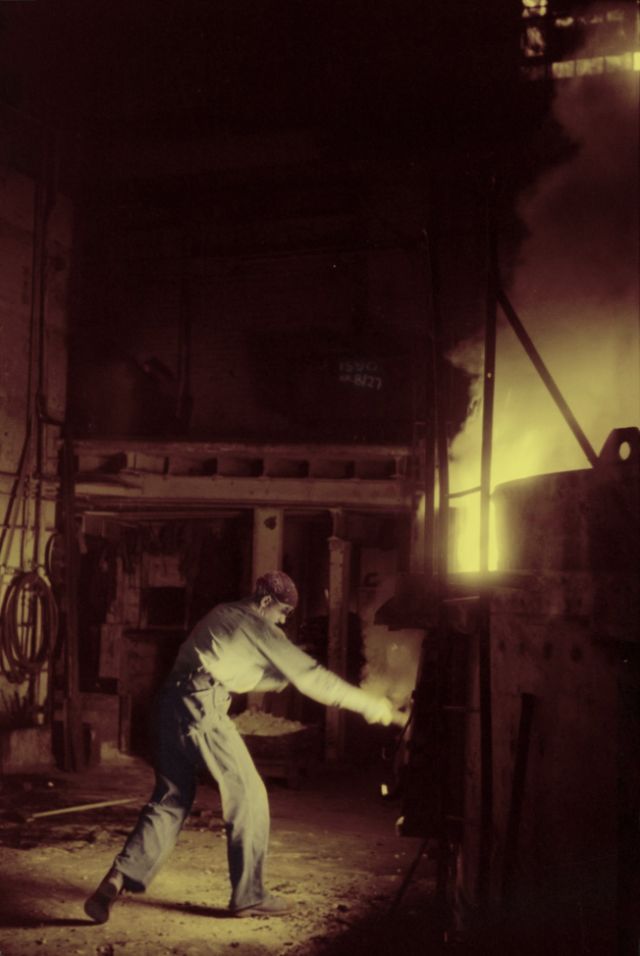 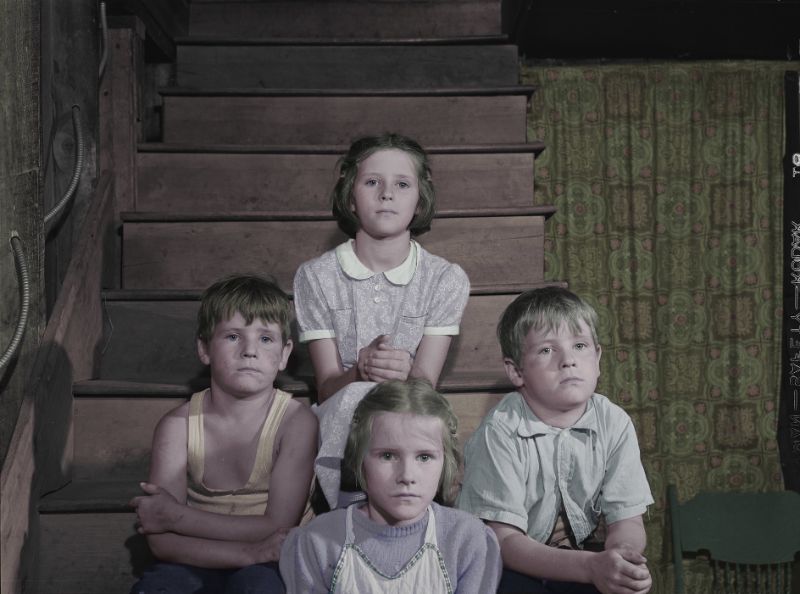 Cleaning turpentine cups in boiling water at a still near Pembroke, Georgia, 1941 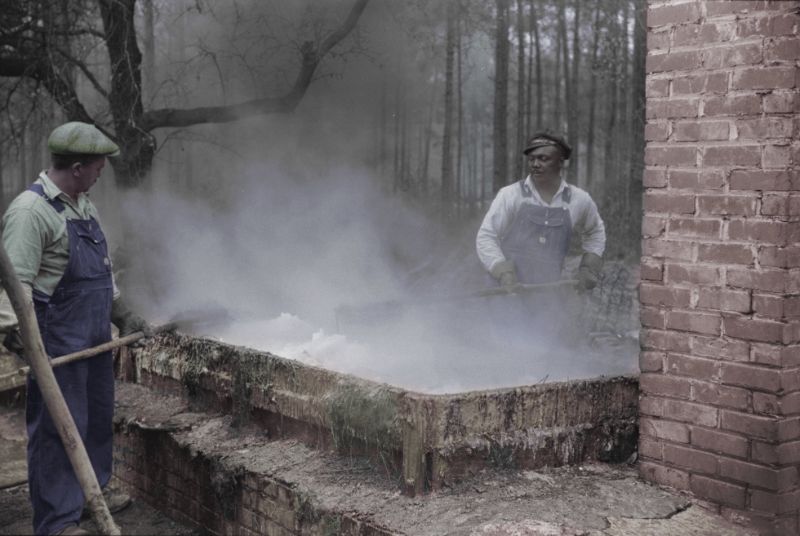 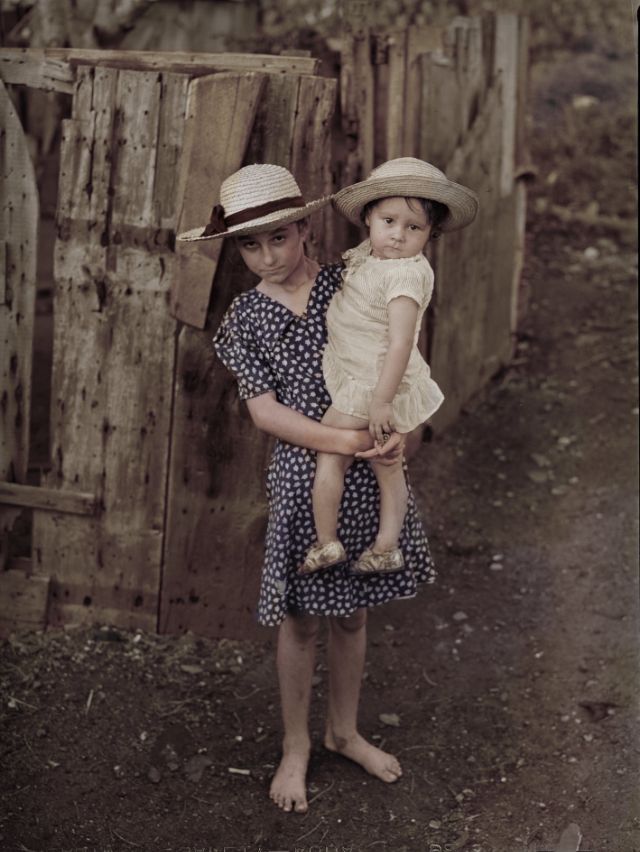 French-speaking women and children who live in the little colony known as the French Village, in the outskirts of Charlotte Amalie, St. Thomas, Virgin Islands, December 1941 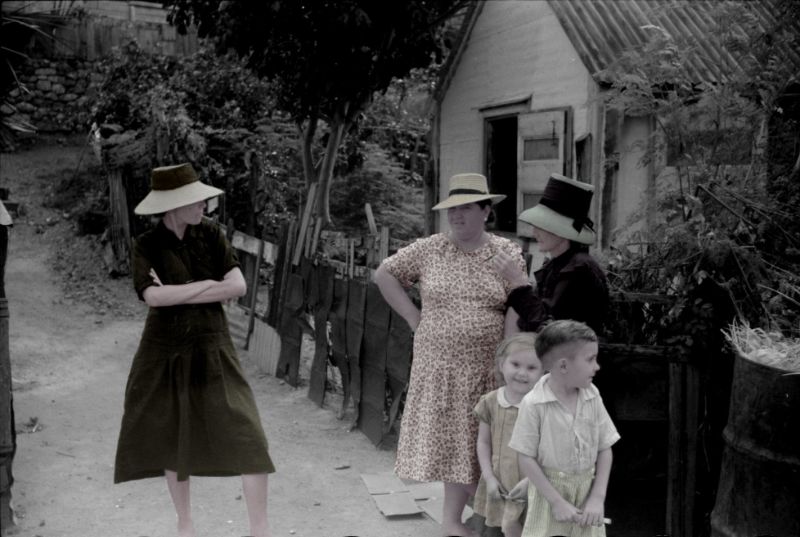 In the convict camp in Greene County, Georgia, May 1941 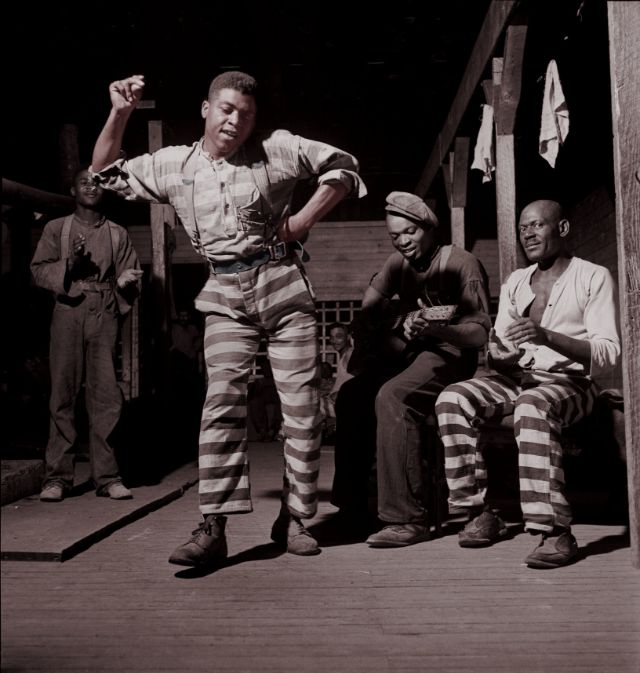 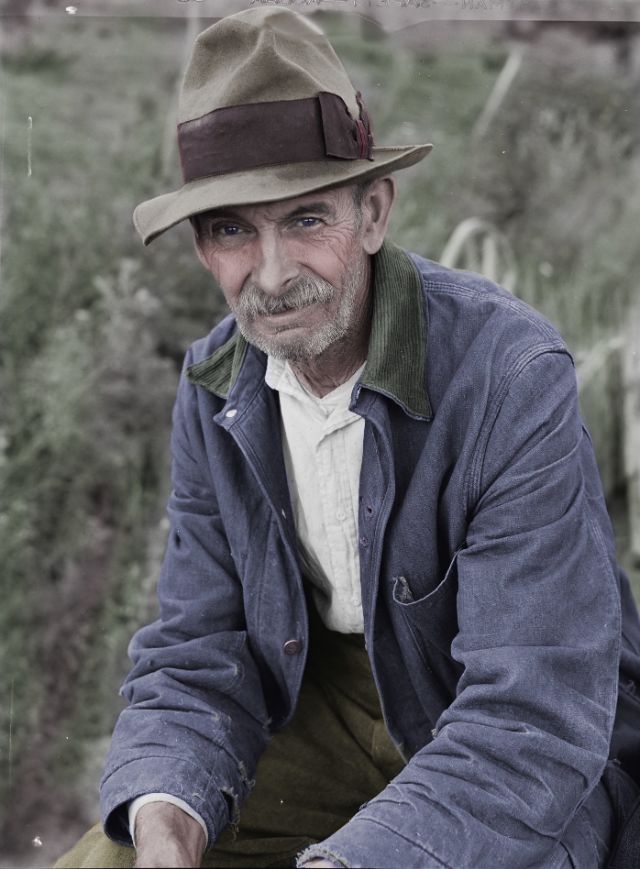 Mrs. Carrie Ward has lived near Leraysville for seventeen years. Now she is planning to move out of the Army camp area to a small farm in Sandy Creek. Her barn is numbered for auctioning, Leraysville, New York, August 1941 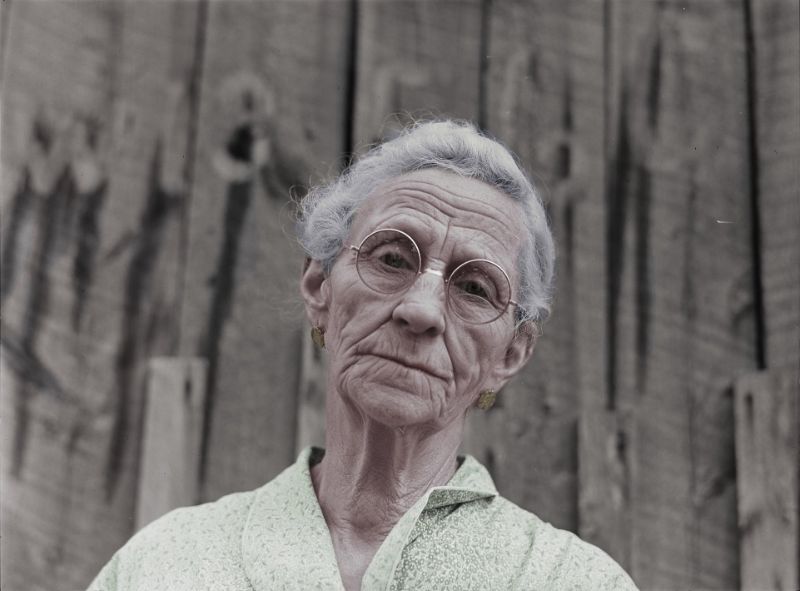 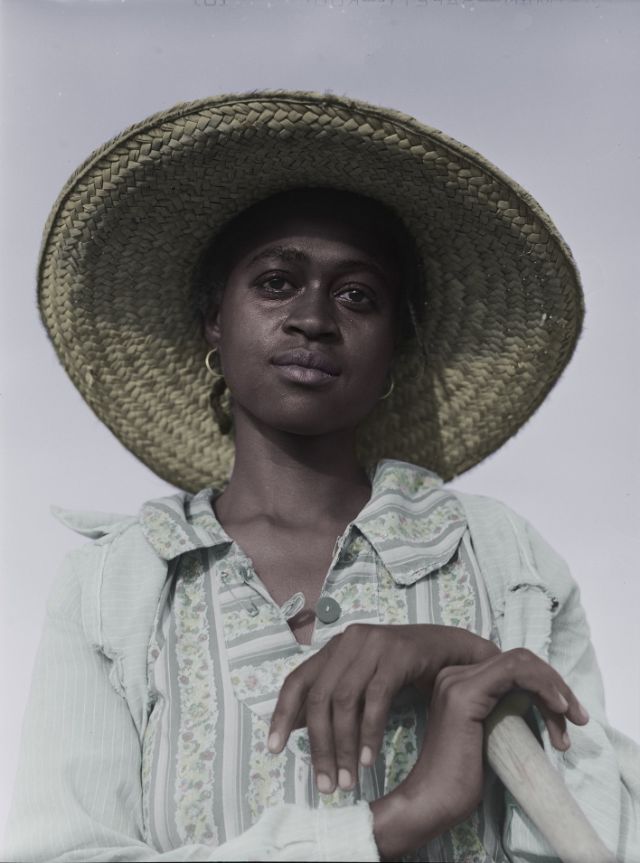 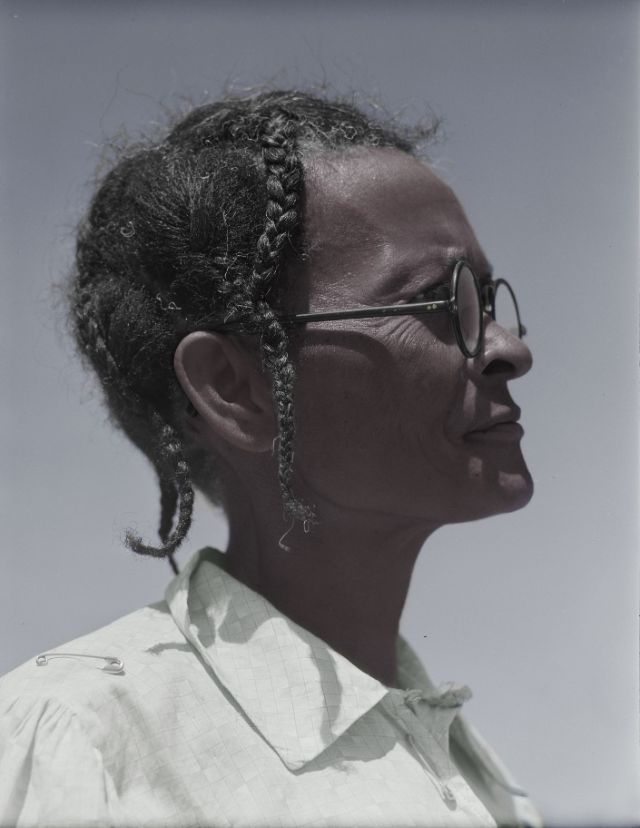 Negro tenant farm woman. A widow. She runs the farm with the help of two children, Greene County, Georgia, 1941 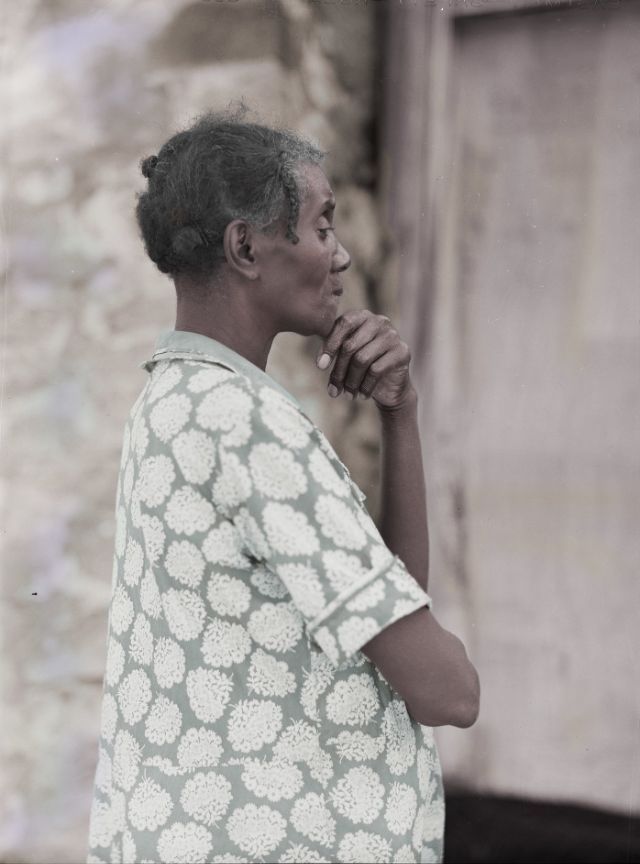 One of the children of Warren Franklin, near Guilford, Vermont, August 1941 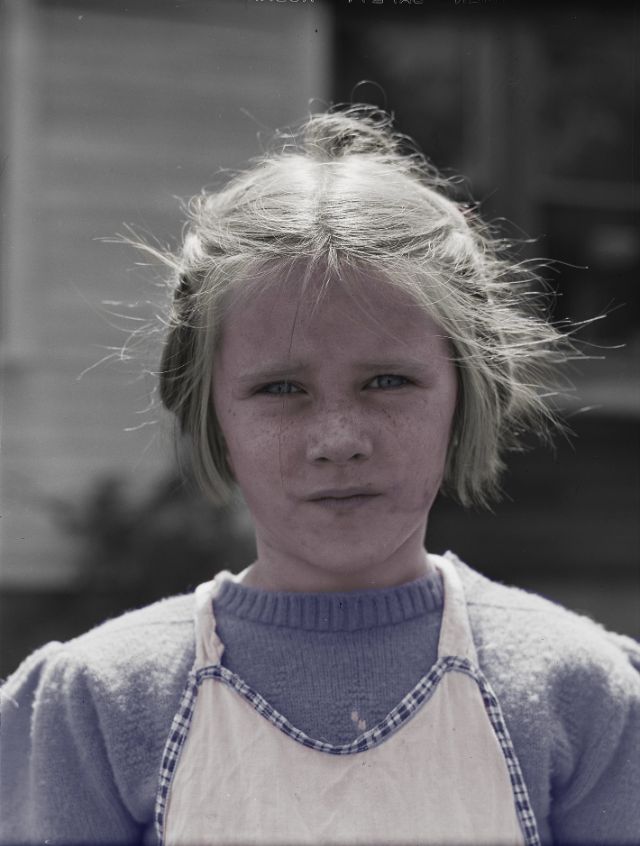 One of the girls in the “girlie” show at the Rutland Fair, Vermont, September 1941 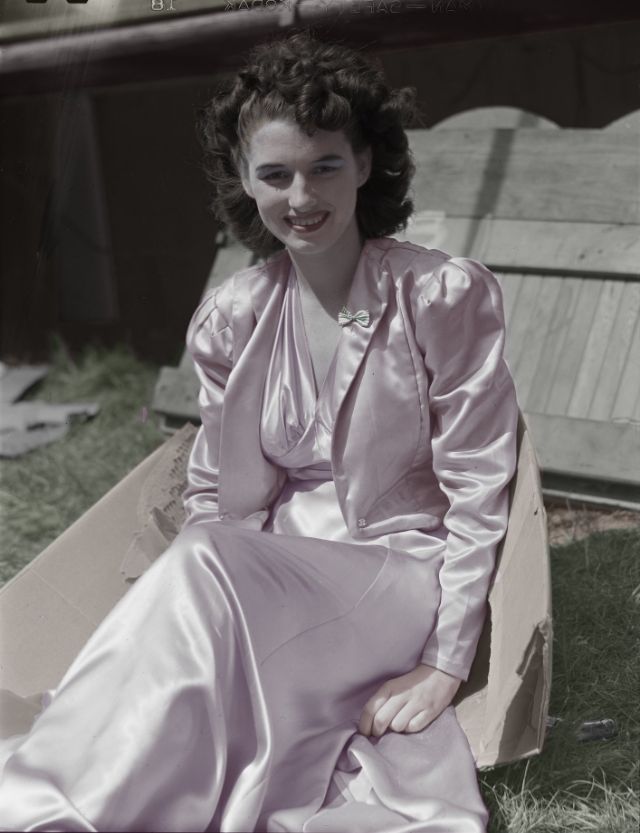 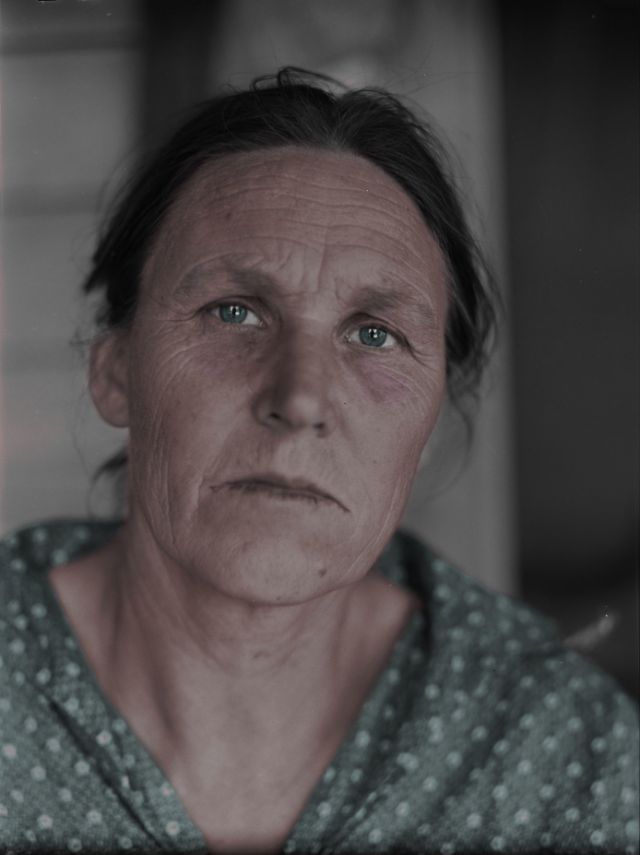 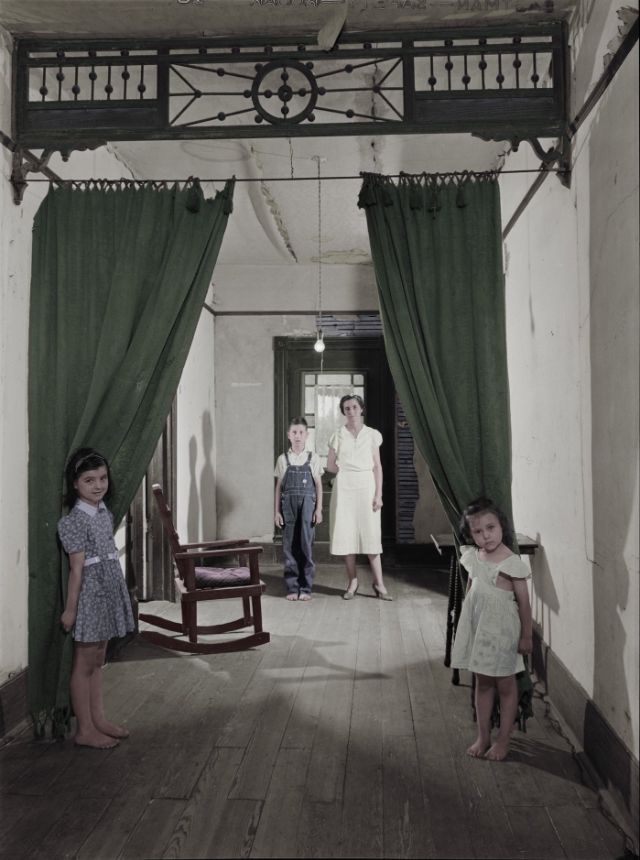 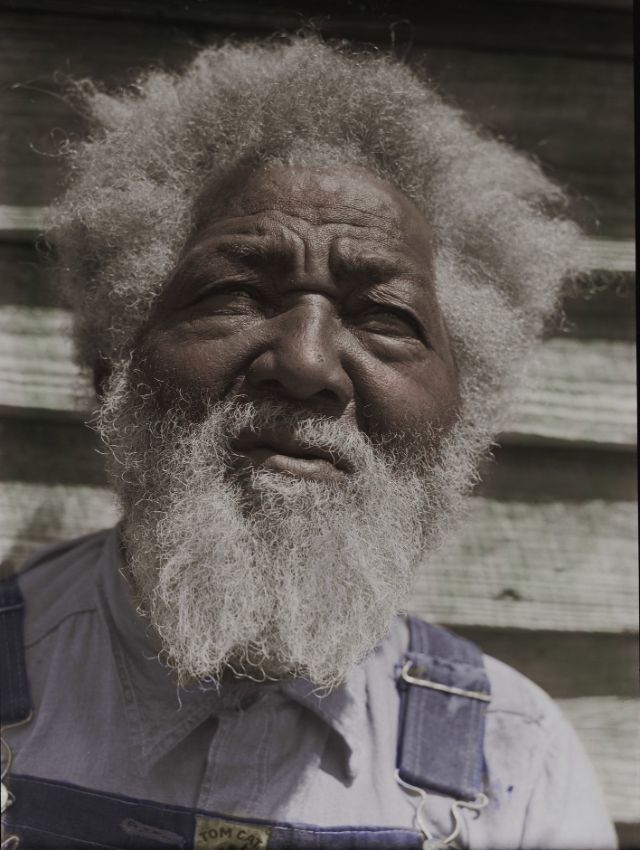 Worker who lives on one of the steep streets in Charlotte Amalie, St. Thomas, Virgin Islands, December 1941 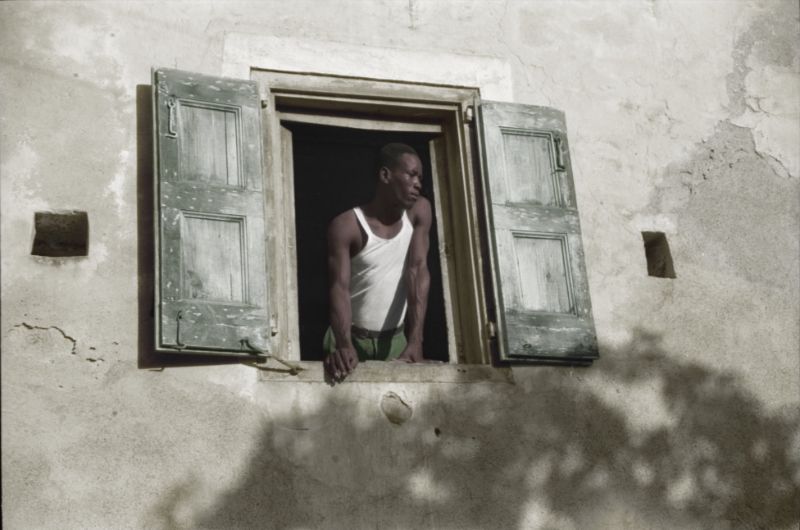 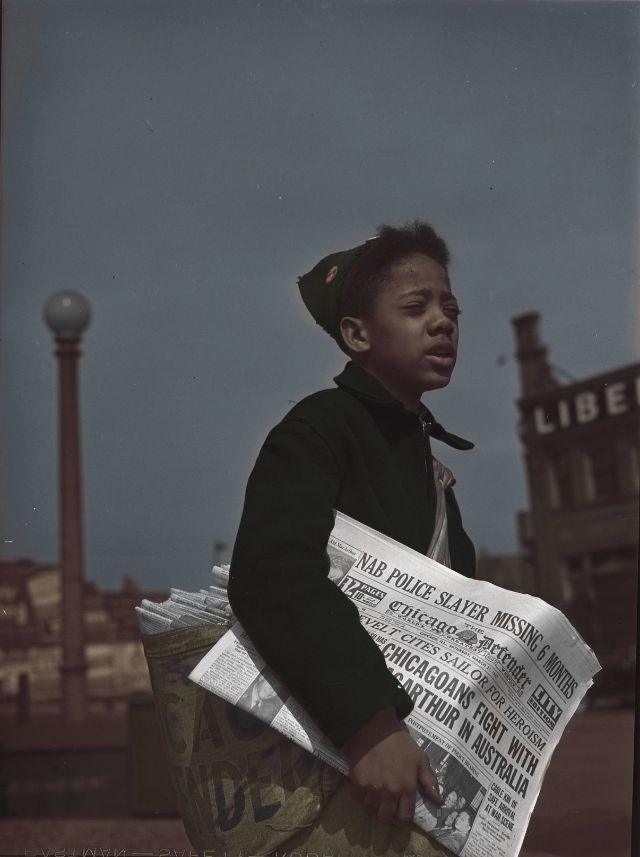 Welder who was employed in the roundhouse at a Chicago and Northwestern Railroad yard, Chicago, Illinois, December 1942 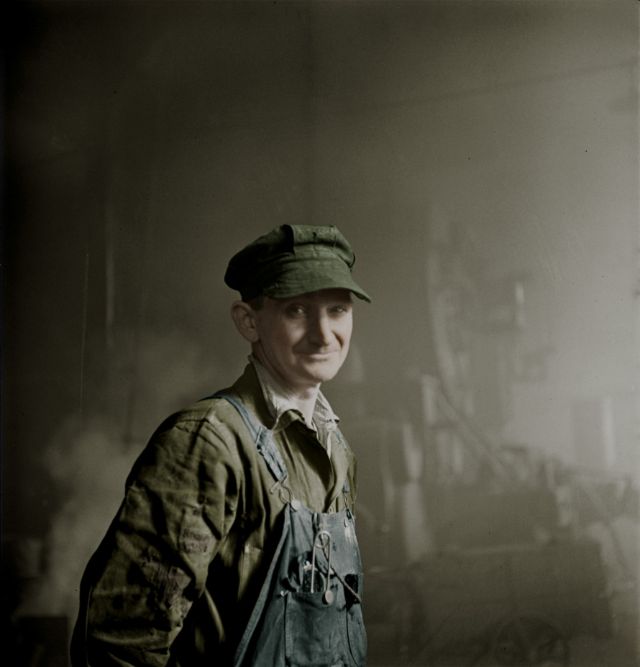