Austerity in Europe, the increase in taxes and slashing of social services several national governments there have been forced to undertake as a result of the ongoing sovereign debt crisis, has been protested in many forms.

The United Kingdom saw a massive general strike in November. Unruly crowds have unleashed mayhem on the streets of Rome and Athens. Spanish youth gather in public plazas there on a near-daily basis to give speeches, sing protest songs and make their presence as the self-proclaimed “indignant” heard.

Perhaps no recent protest, however, has been as personal as that of Mateus and Leonor Silva, of Lisbon, Portugal. The unemployed couple had been living in a parking lot trailer for 21 months, they told Reuters, because they had no money to pay rent and could not receive other assistance. With their two school-age daughters, they lived a meager existence, covering the roof of their home with a tarp and drying their laundry on its side. Then on Jan. 25, they were evicted by city police and left.

Until last week. In an act of protest and defiance, the couple came back to the spot where the shell of their former home was still standing. In full view of police, Mateus started throwing rocks at the trailer. Friends helped the couple overturn the small structure. Then Leonor set it on fire. 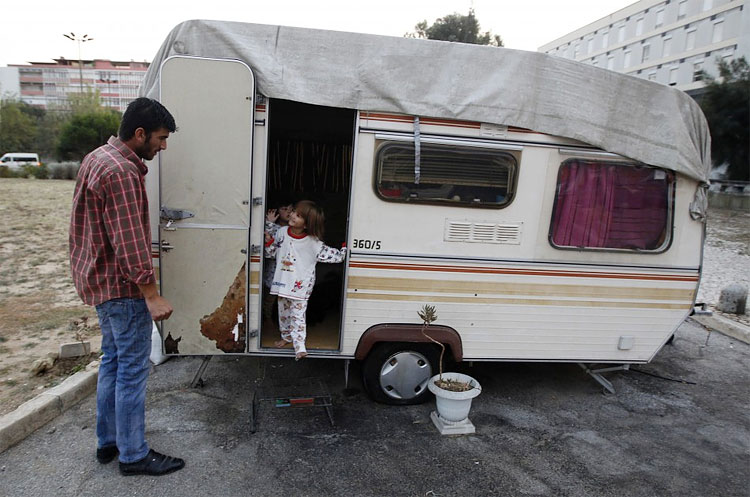 Mateus Silva and his daughters at their Lisbon trailer, before being evicted. (Reuters) 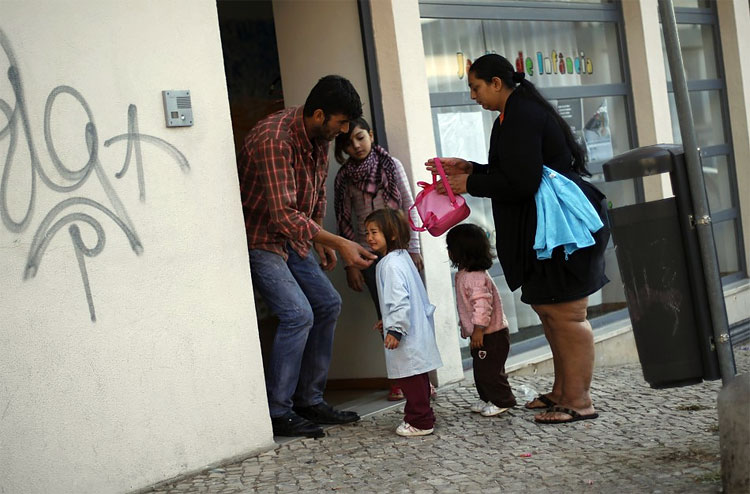 The Silva family walks around the neighborhood. (Reuters) 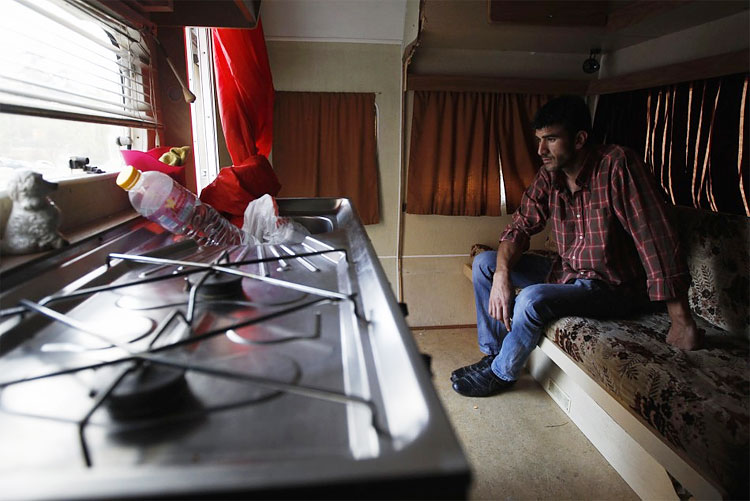 Mateus Silva speaks with a Reuters photographer inside his trailer. (Reuters) 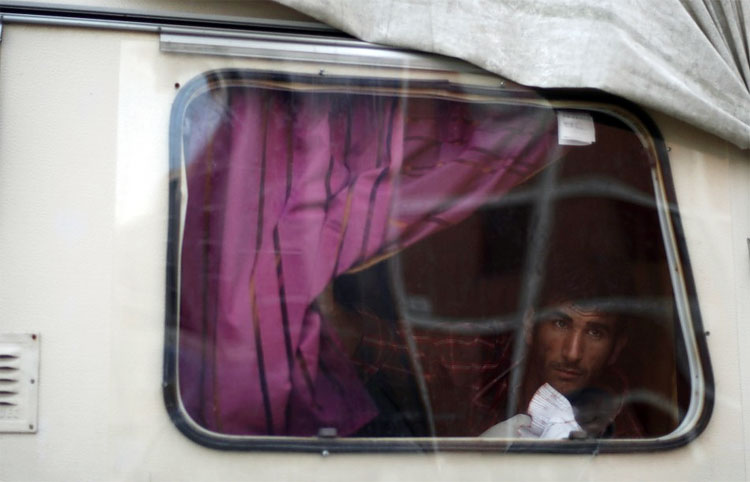 Silva looks at the window of his former home, before being evicted. (Reuters) 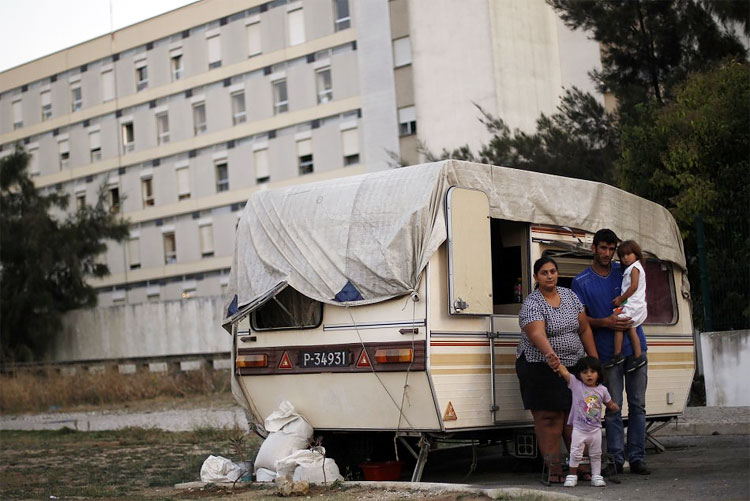 The Silva family in front of their trailer home, before being evicted. (Reuters) 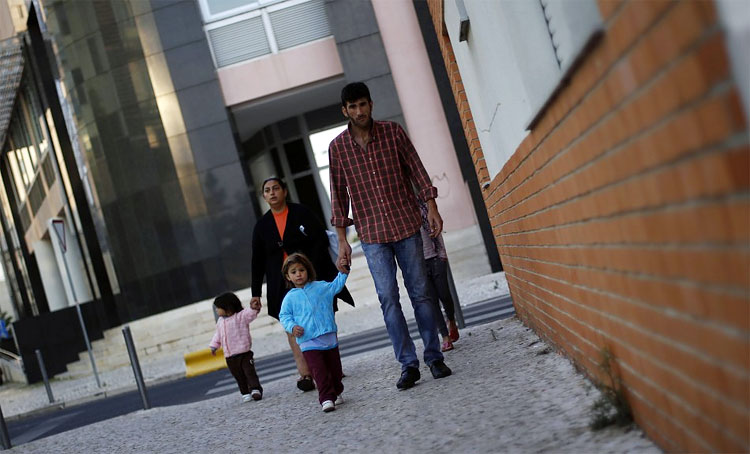 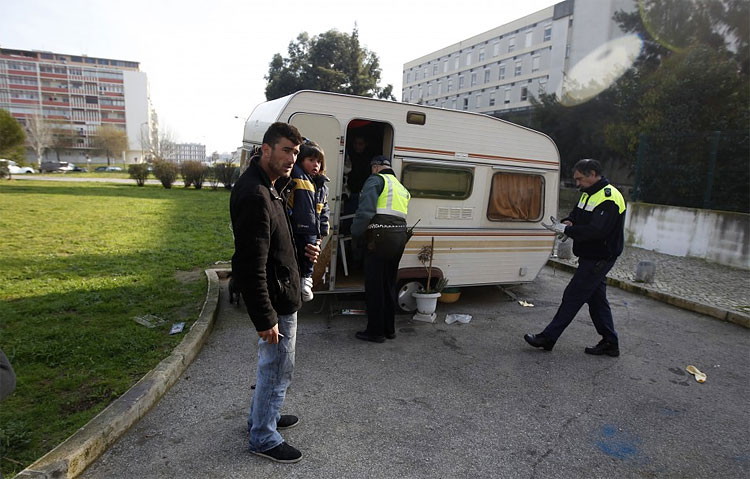 Police evict the Silva family from their trailer residence, on January 25. (Reuters) 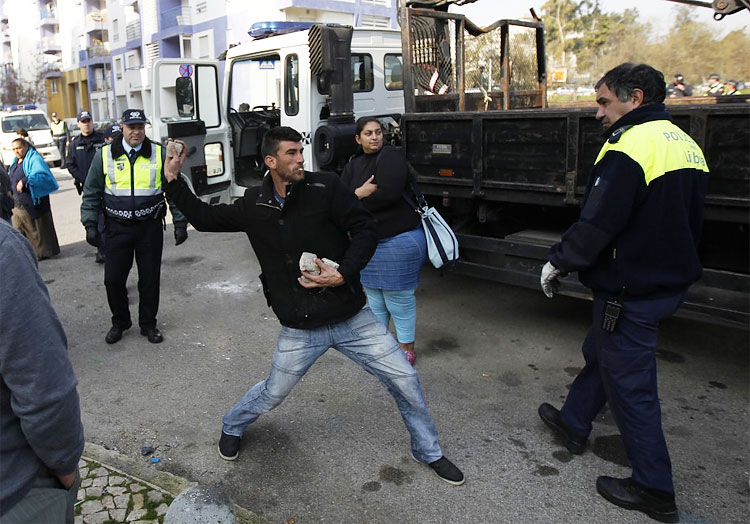 A few weeks after the eviction, Mateus Silva returns to his former trailer home. (Reuters) 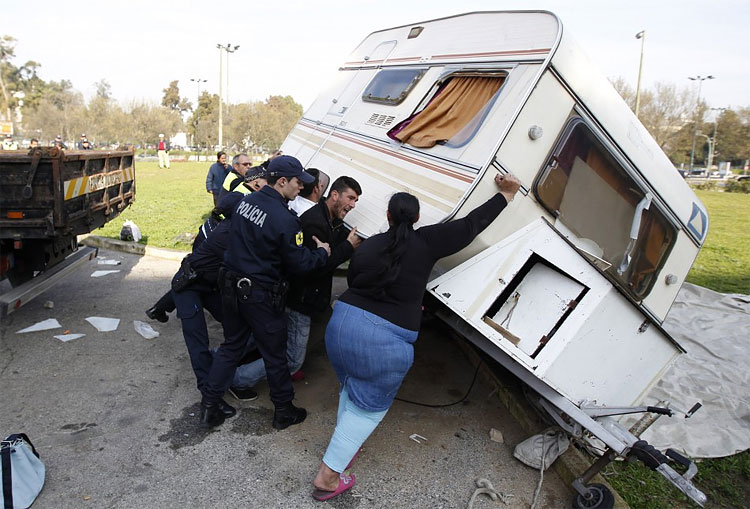 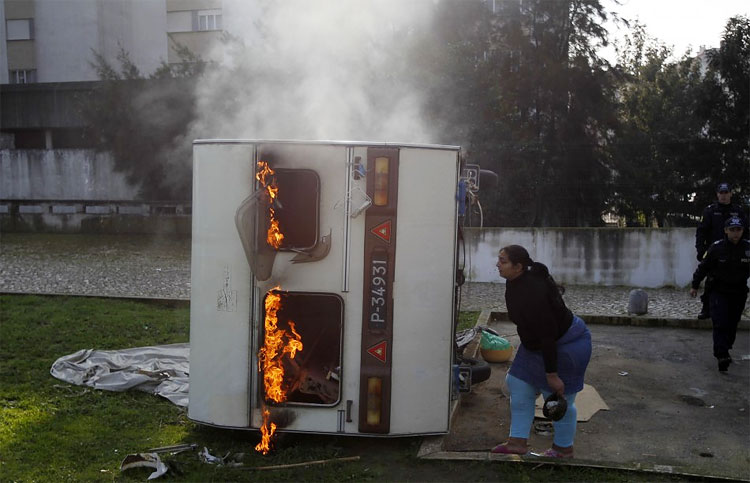 After overturning the home, Leonor Silva sets it on fire. (Reuters) 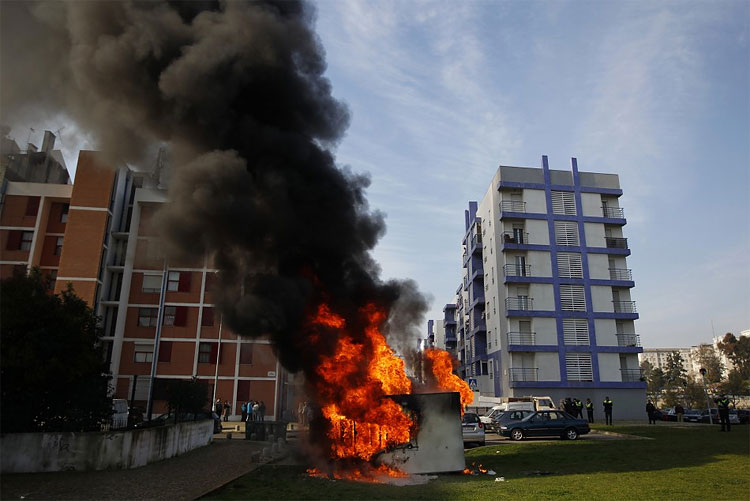 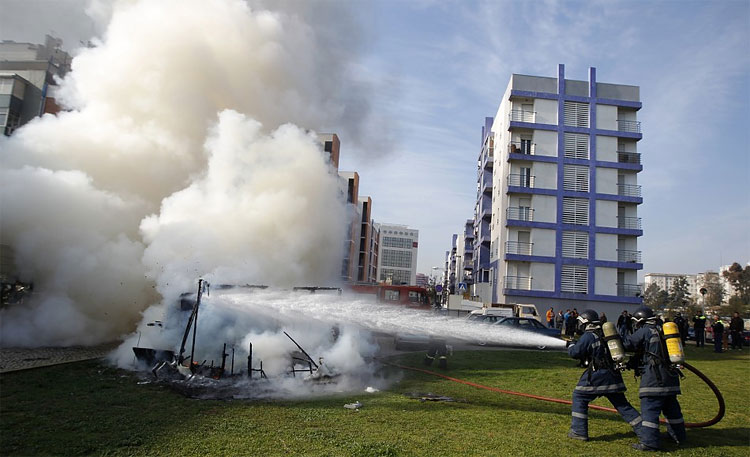