Meet a Six-Legged Wonder and Other Weird Deformed Animals 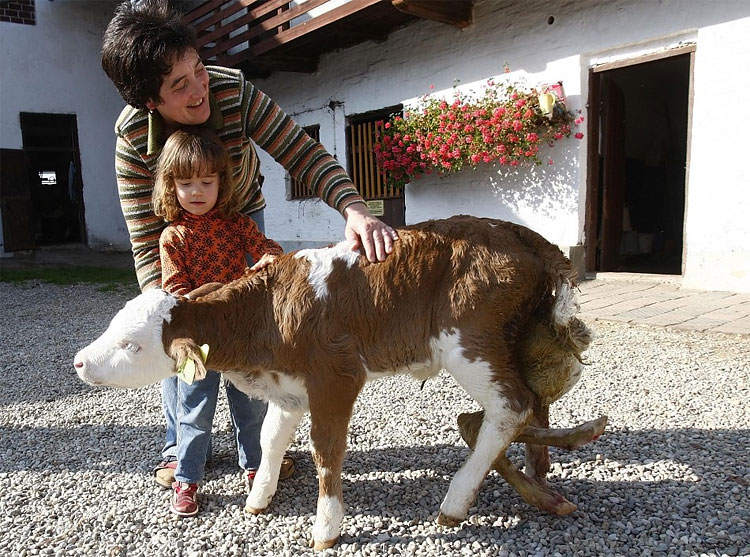 Bavarian farmer Maria Suttner and daughter Franziska hold their calf, Lissy, on their farm in Hebertsfelden near Passau,Bavaria on 17 October 2007. Lissy the calf was born on October 10 with six legs. (REUTERS/Michael Dalder) 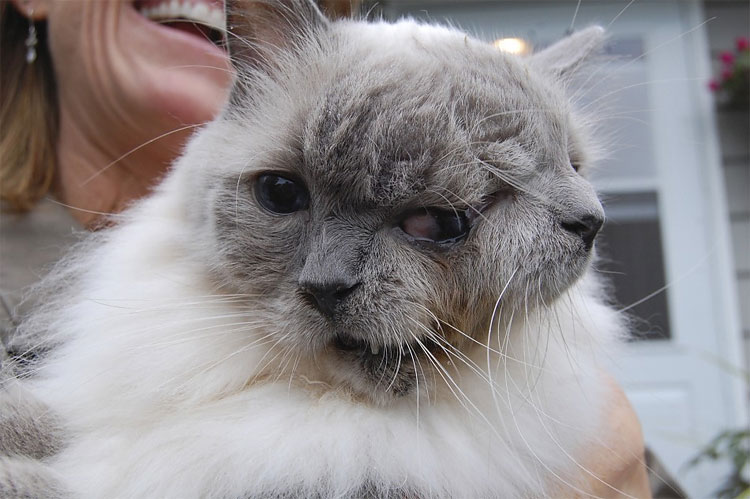 This undated handout image shows a Massachusetts cat with two faces that has become the world’s longest surviving so called “janus” feline at 12 years of age. The cat, who is named Frank and Louie, has two mouths, two noses and three eyes. Frank and Louie have one brain, so the faces react in unison. (Reuters) 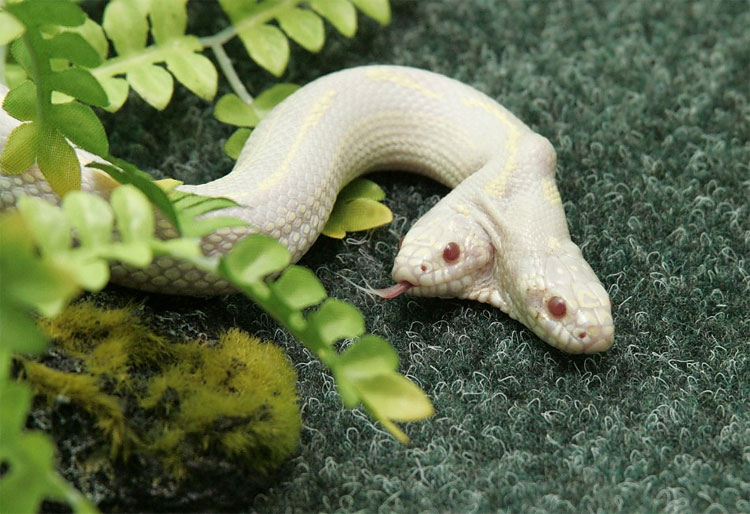 A rare two-headed snake explores its surroundings in a private zoo in the Crimean town of Yalta on 8 July 2011. The three-year-old snake was brought from a zoo in Switzerland where it was born. (Reuters) 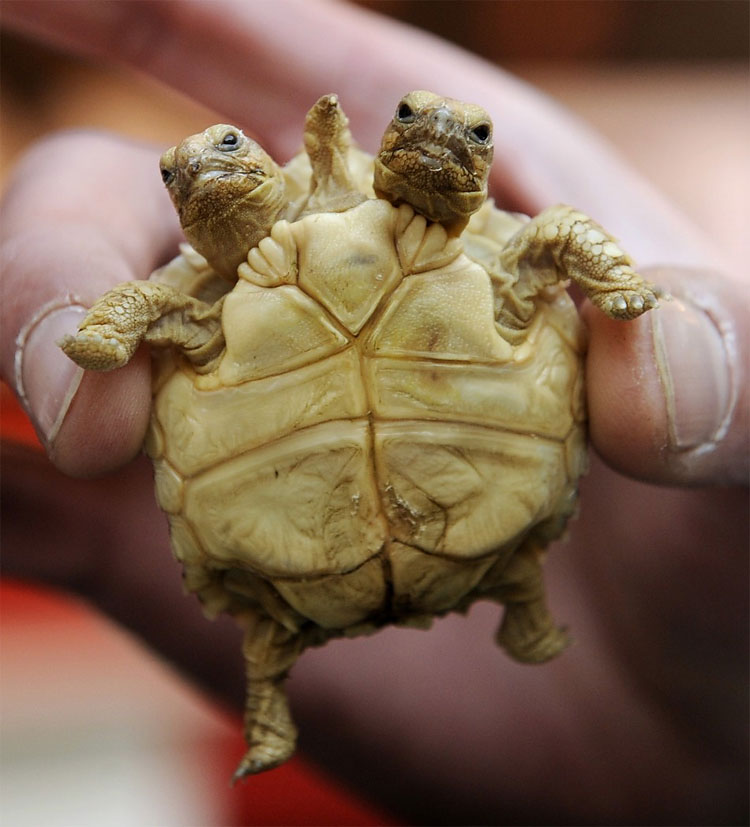 An African spurred tortoise (Geochelone sulcata) with two heads and five legs is displayed in Zilina on 7 March 2011. The two-headed tortoise which was born in Slovakia was given two names Magda (left head) and Lenka. (Reuters) 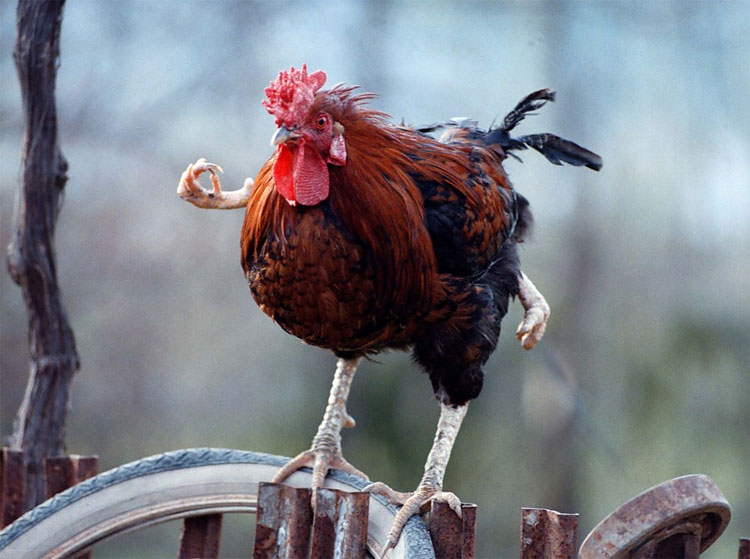 A one-year old four-leg cock at the village of Katund i Ri, Elbasan district, 55 km southeast of Tirana, stands on its feet at the courtyard’s fence on 25 March 1998. The Collaku family consider the cock as a saintly creature and secured their income asking for money from the visitors but did not accept to sell it. (Reuters) 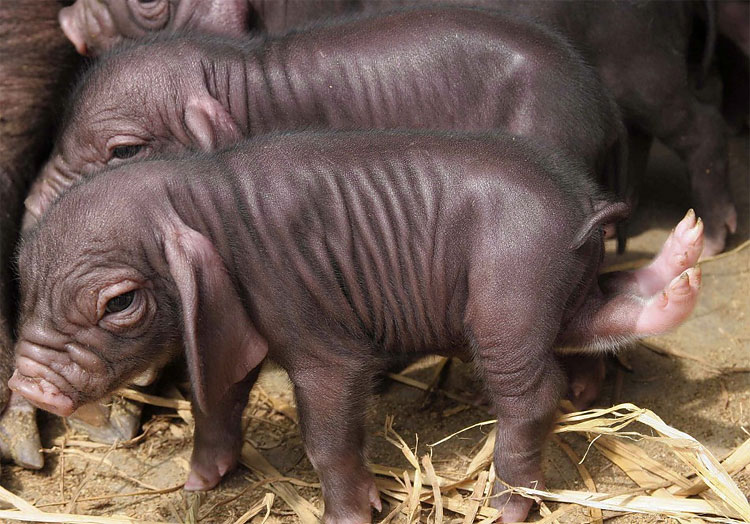 A five-legged piglet is seen at a farm in Lianyungang, Jiangsu province, on 5 August 2008. Experts attributed its condition to genetic variation, local media reported. (Reuters) 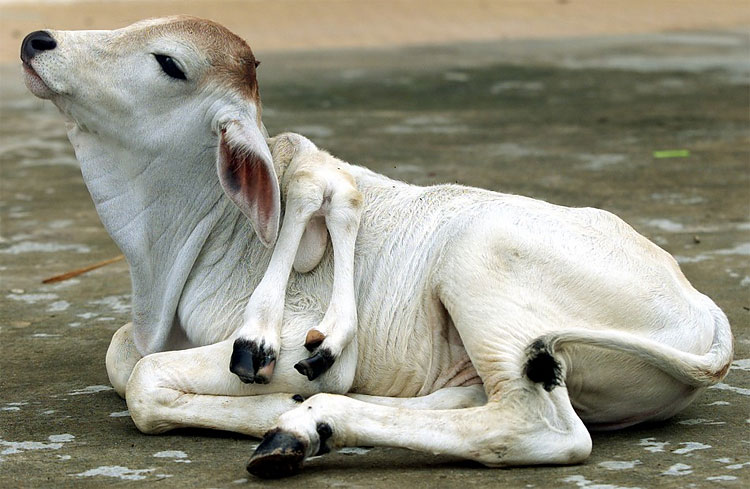 A six-legged Cambodian cow rests near the Cambodian city of Phnom Penh on 7 October 2003. The two-month old beast was named Cham Leck which meant “strange”, was given to monks at a local pagoda by a farmer who feared the cow would bring him bad fortune. (Reuters)