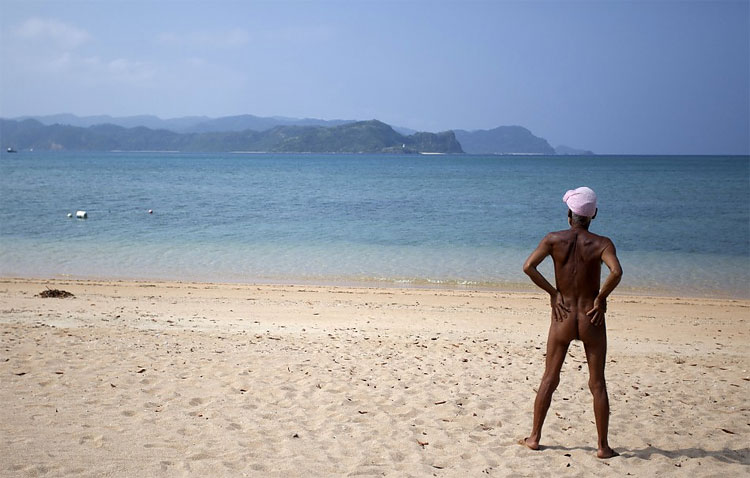 It may look like the story of the Hollywood blockbuster Cast Away, but for Masafumi Nagasaki it is more of a choice than an accident. Nagasaki, a naked Japanese hermit, has been living alone on Sotobanari Island for the past 20 years. 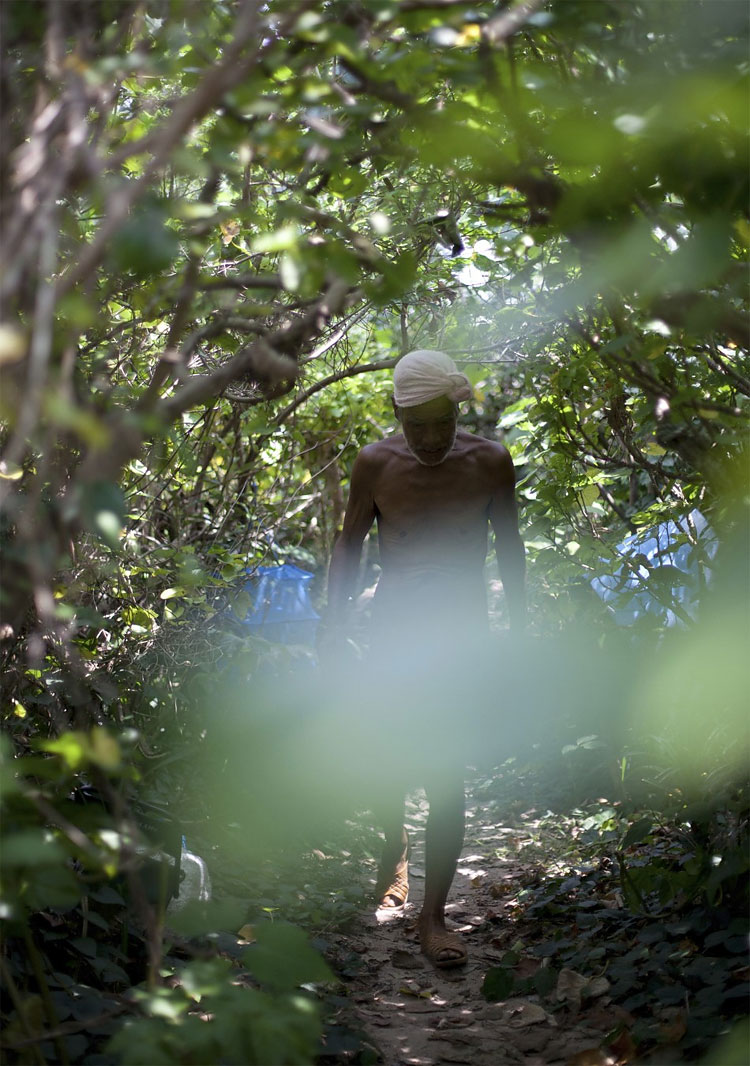 Swarms of insects provide company for the 76-year-old on the bean-shaped deserted island in the Okinawa prefecture. Nagasaki intends to remain on the island for the rest of his life. It has no natural water and is a place normally avoided by fishermen.

“I don’t do what society tells me, but I do follow the rules of the natural world. You can’t beat nature, so you just have to obey it completely,” Reuters quoted Nagasaki as saying. 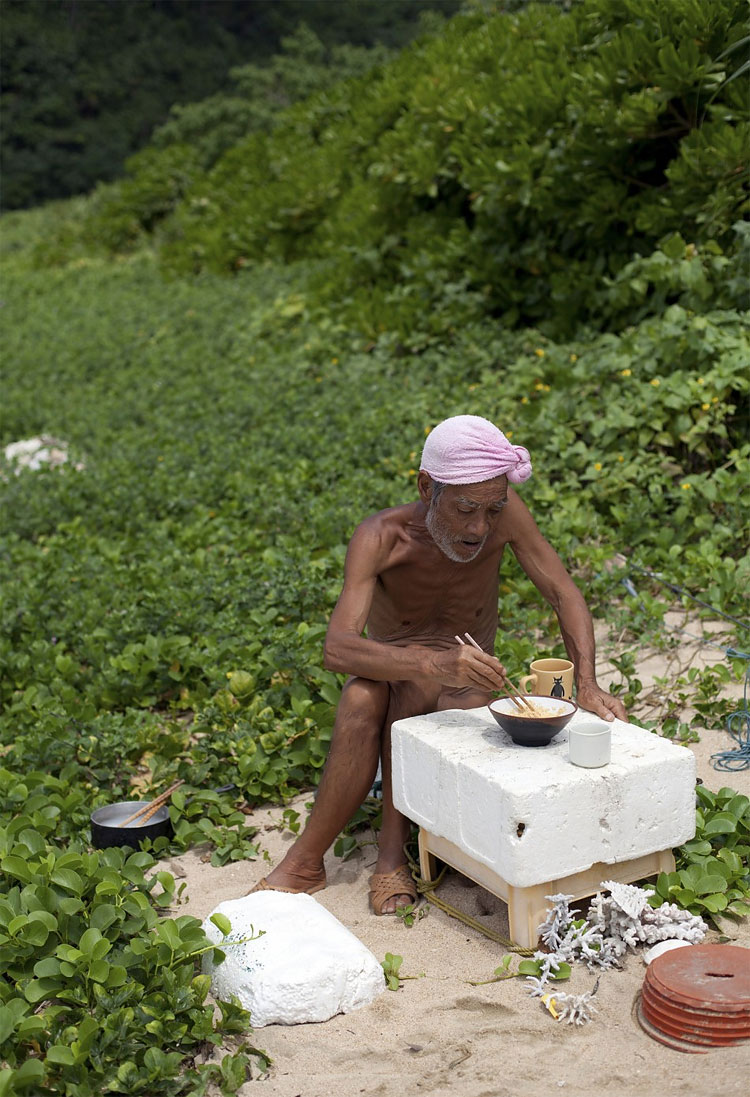 “That’s what I learned when I came here and that’s probably why I get by so well,” said the hermit, who has become accustomed to being naked in the natural world.

Nagasaki used to work as a photographer in the entertainment industry before he opted to lead a solitary life on the remote island. Although his story sounds like cinematic material, it was not easy for him to start out. During his early days on the island, he had to face a massive typhoon, which carried away his shelter. 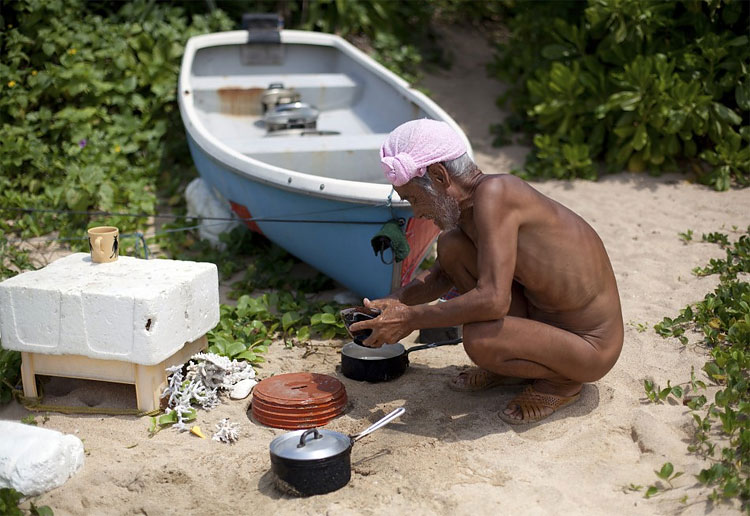 “I just scorched under the sun. It was at that point I thought this was going to be an impossible place to live,” he said.

Initially, it was also not easy for him to be naked and he used to put on clothes whenever a boat passed through the area, though he eventually overcame his embarrassment. 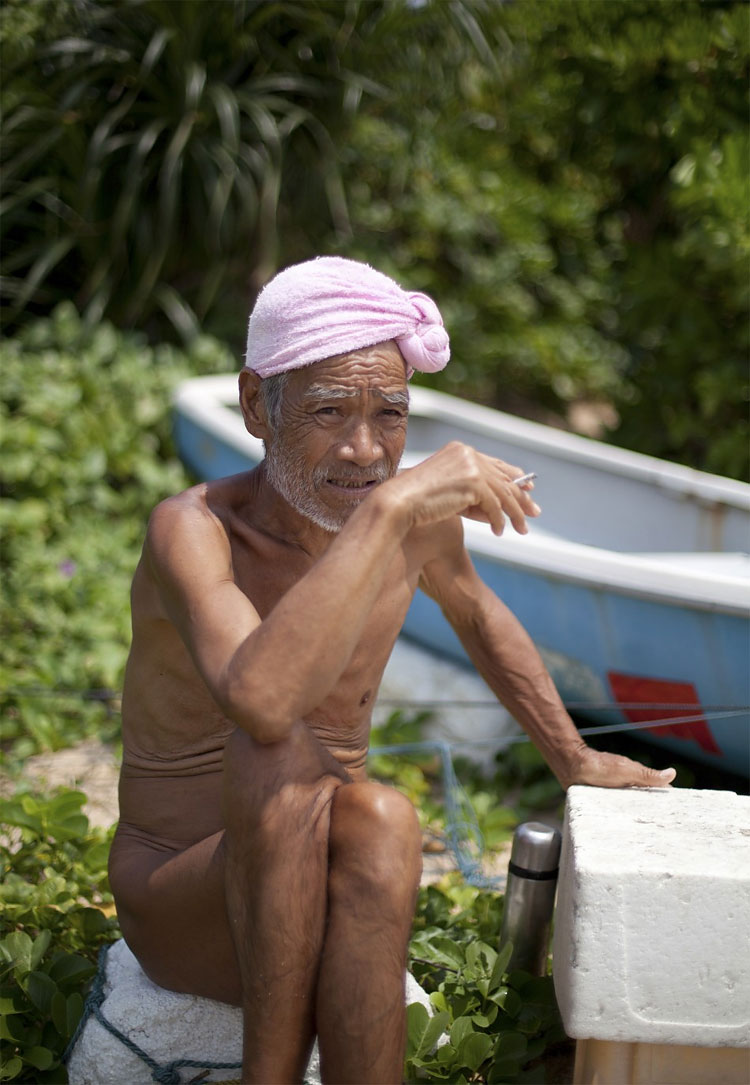 “Walking around naked doesn’t really fit in with normal society, but here on the island it feels right, it’s like a uniform. If you put on clothes you’ll feel completely out of place,” Nagasaki said.

He puts on clothes once a week to go to a settlement nearly an hour away, where he buys food – predominantly rice cakes – and water and collects an allowance of 10,000 yen (£75) from his family. 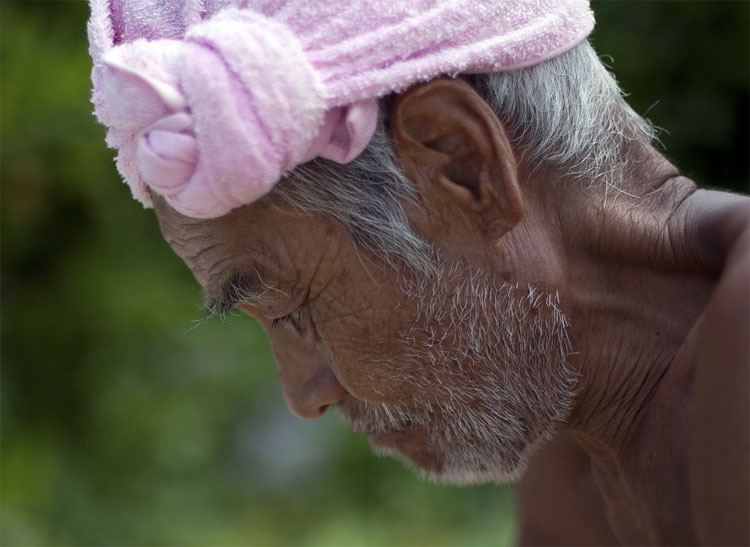 Each day begins with stretching in the sun, followed by cooking, washing and cleaning before the sun sets and insects start to invade the area.

“It hadn’t really occurred to me before how important it is to choose the place of your death, like whether it’s in a hospital or at home with family by your side. But to die here, surrounded by nature – you just can’t beat it, can you?” he said. 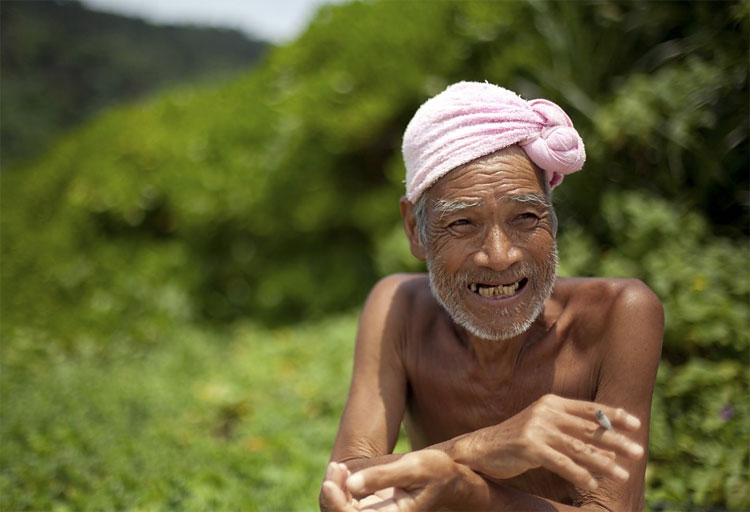 Sotobanari, which means Out Distant Island, is situated off the western coast of Iriomote Island, which is actually closer to Taiwan than to the Japanese capital Tokyo.