Late Fall Around the World 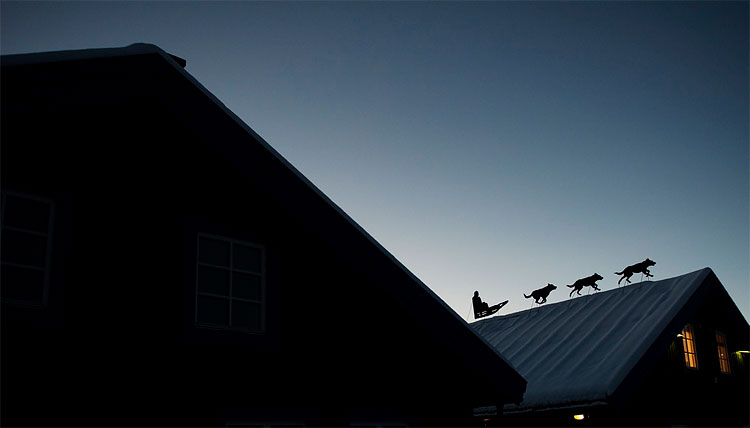 An art installation of dog sledge is placed on a rooftop in the village of Jukkasjarvi, near Kiruna, in Swedish Lapland on November 16, 2012. (Jonathan Nackstrand/AFP Photo) 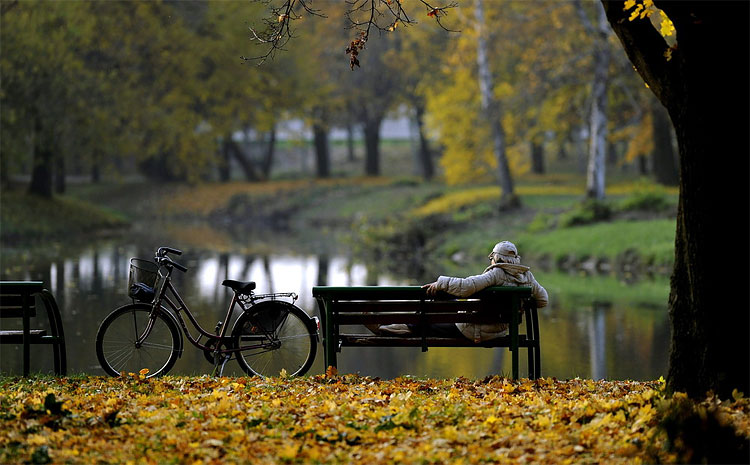 A woman, seated on a bench, enjoys the pleasant and unusually warm weather for this period of the year, at a park in Skopje, Macedonia, Sunday, November 18, 2012. (Boris Grdanoski/AP Photo) 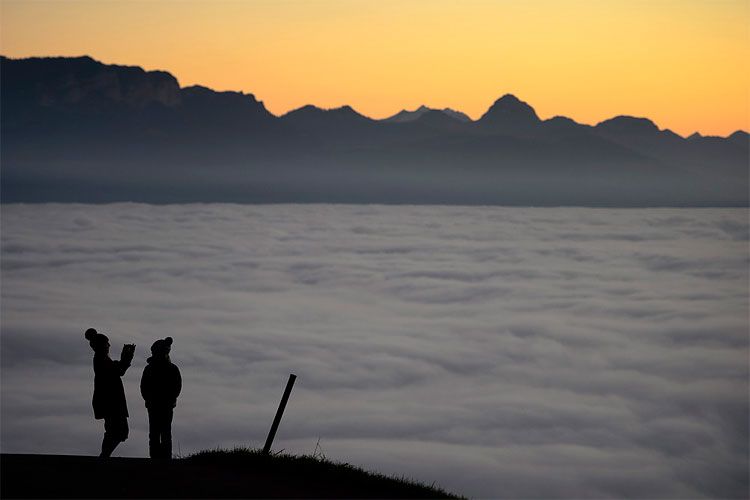 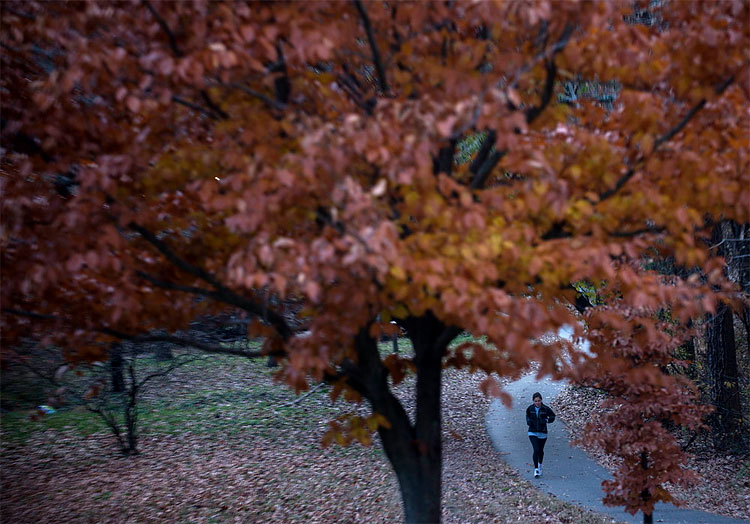 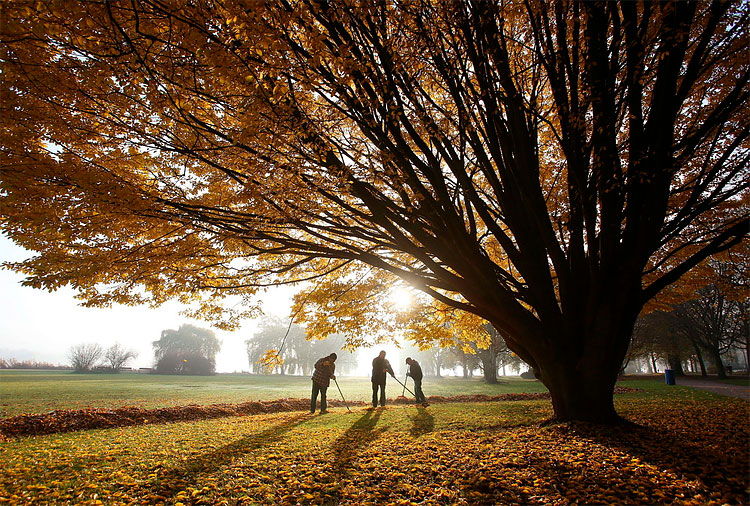 Men sweep leaves underneath a tree in the early morning autumn sun at the Alster in Hamburg, northern Germany, on November 15, 2012. (Christian Charisius/AFP Photo) 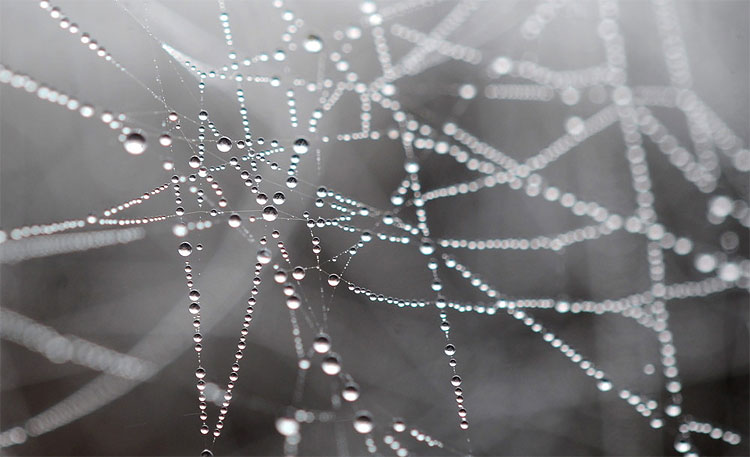 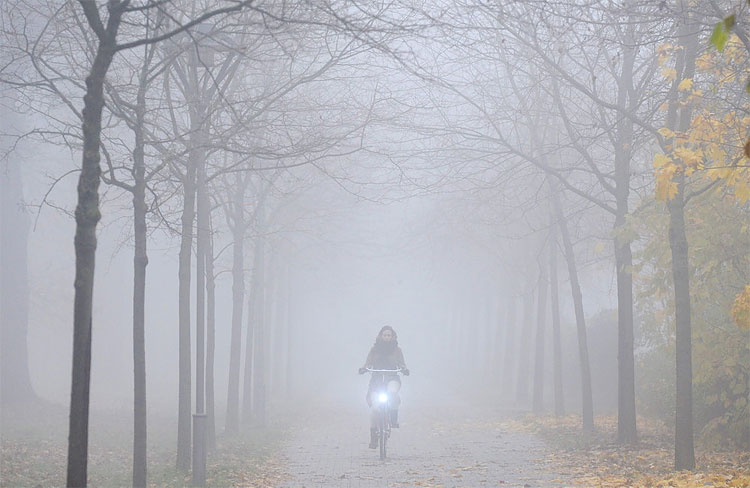 A cyclist makes her way through a foggy alley in Celle, central Germany, on November 15, 2012. Meteorologists forecast sinking temperatures and cloudy sky for the region. (Julian Stratenschulte/AFP Photo) 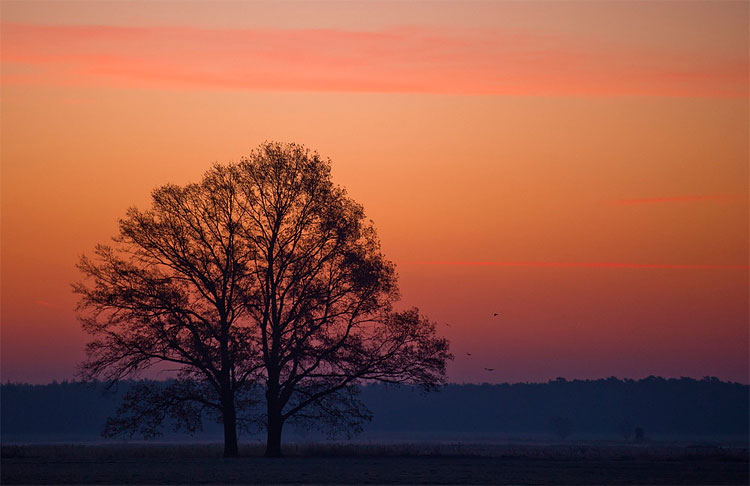 The sky is illuminated behind a tree near Jaenschwalde, eastern Germany, on November 14, 2012. Temperatures below zero caused frost in many parts of Germany. (Patrick Pleul/AFP Photo) 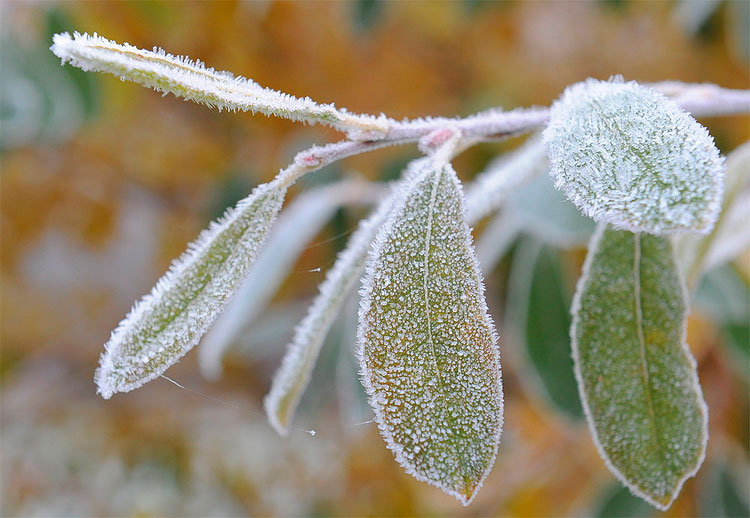 Ice crystals cover the leaves of a tree in Mahlow, eastern Germany, on November 15, 2012. Temperatures below zero caused frost in many parts of Germany (Bernd Settnik/AFP Photo) 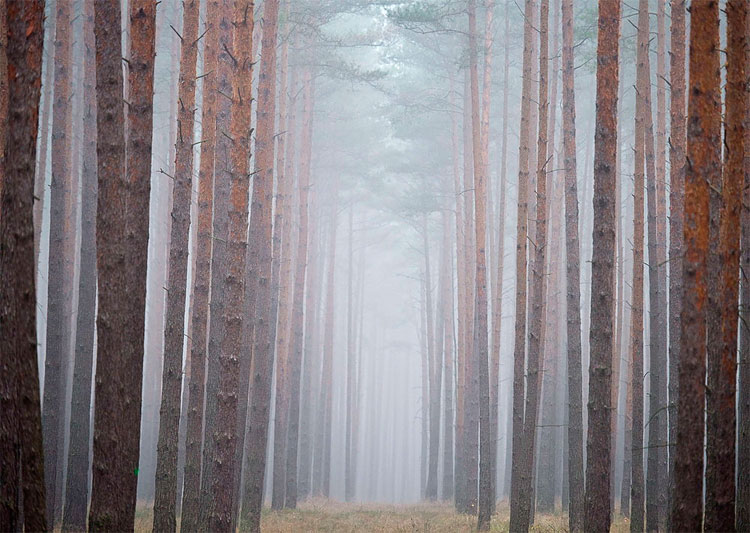 Fog hangs between pine trees in a forest near Neubrueck, eastern Germany, on November 20, 2012. Meteorologists forecast cloudy sky and temperatures around 5 degrees Celsius for the region. (Patrick Pleul/AFP Photo) 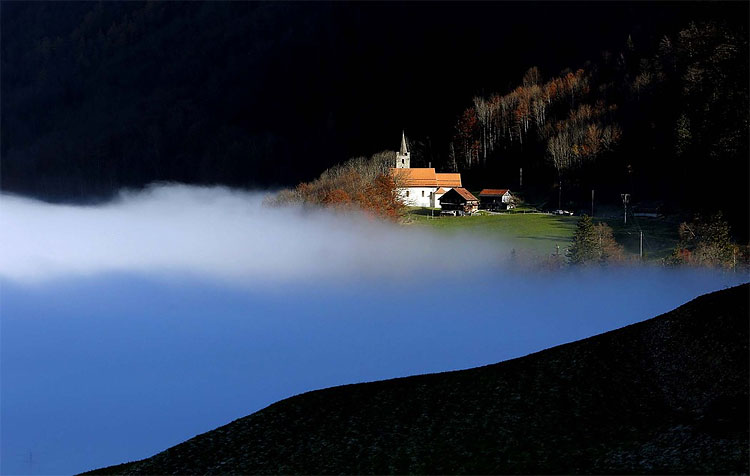 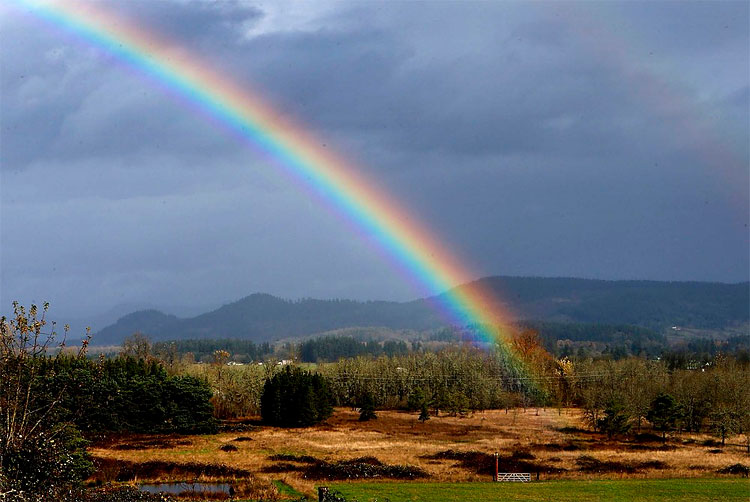 A day after a torrential downpour and wind storm moved through the area, rain clouds part enough for a rainbow to emerge along Highway 58 near Pleasant Hill, Oregon, November 20, 2012. (hris Pietsch/The Register-Guard) 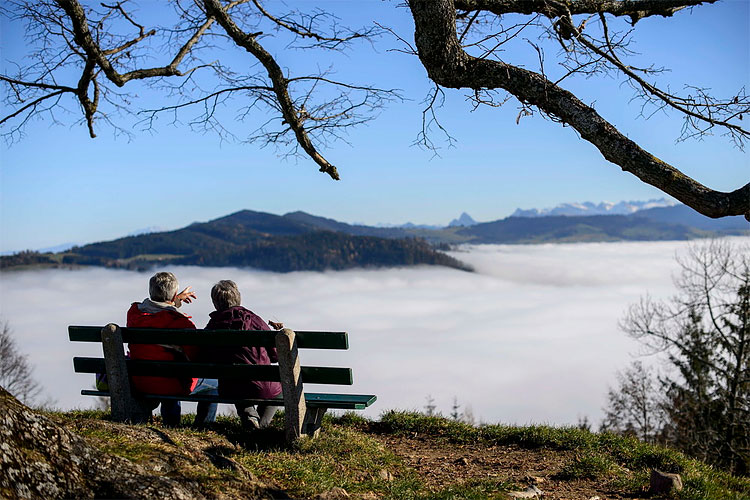 An elderly couple sit on a bench above fog hanging in the valley of Hochwacht mountain above Zug, central Switzerland on November 20, 2012. (Fabrice Coffrini/AFP Photo