Photo of the Day: Private Temple 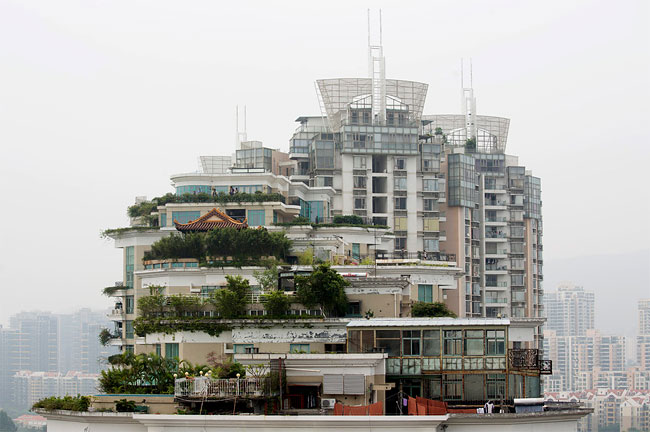 A privately-built illegal temple-like structure is seen on the top of a 20-storey residential block in the southern Chinese city of Shenzhen. A police spokesman said that the elaborate temple-like structure is built illegally on the roof. The temple on top of the building in Shenzhen’s Nanshan district is believed to have been there for at least three years, local media reported. The temple and the inaccessible rooftop had caused concerns over safety issues among some residents. But despite complaints from neighbours, the temple only came into the spotlight after a wealthy physician in Beijing was given 15 days to tear down his illegal villa and garden built atop a 26-storey apartment block on August 12. (Tyrone Siu/Reuters)