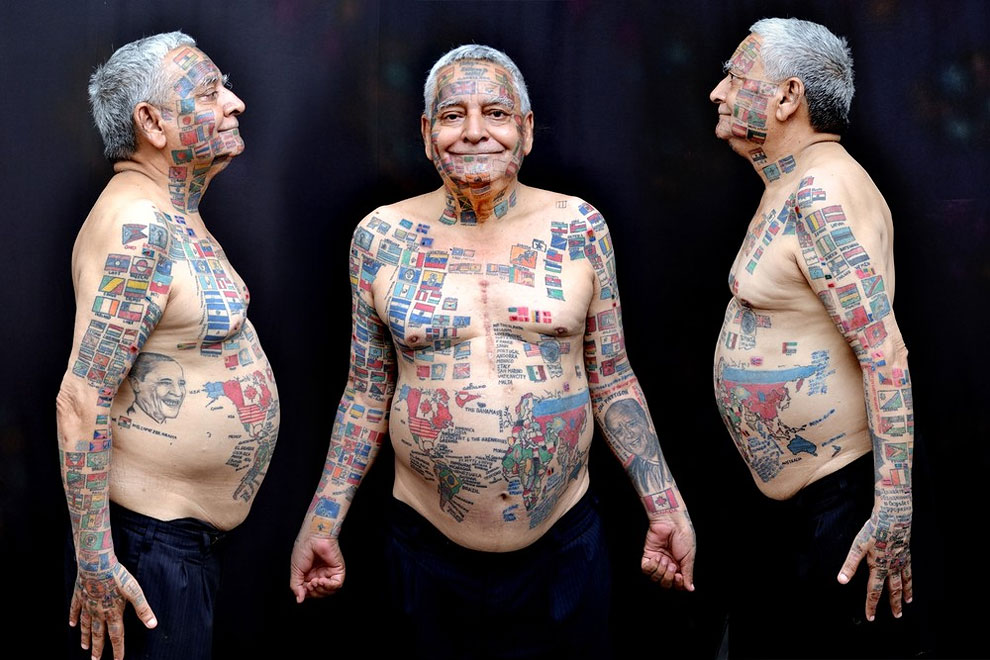 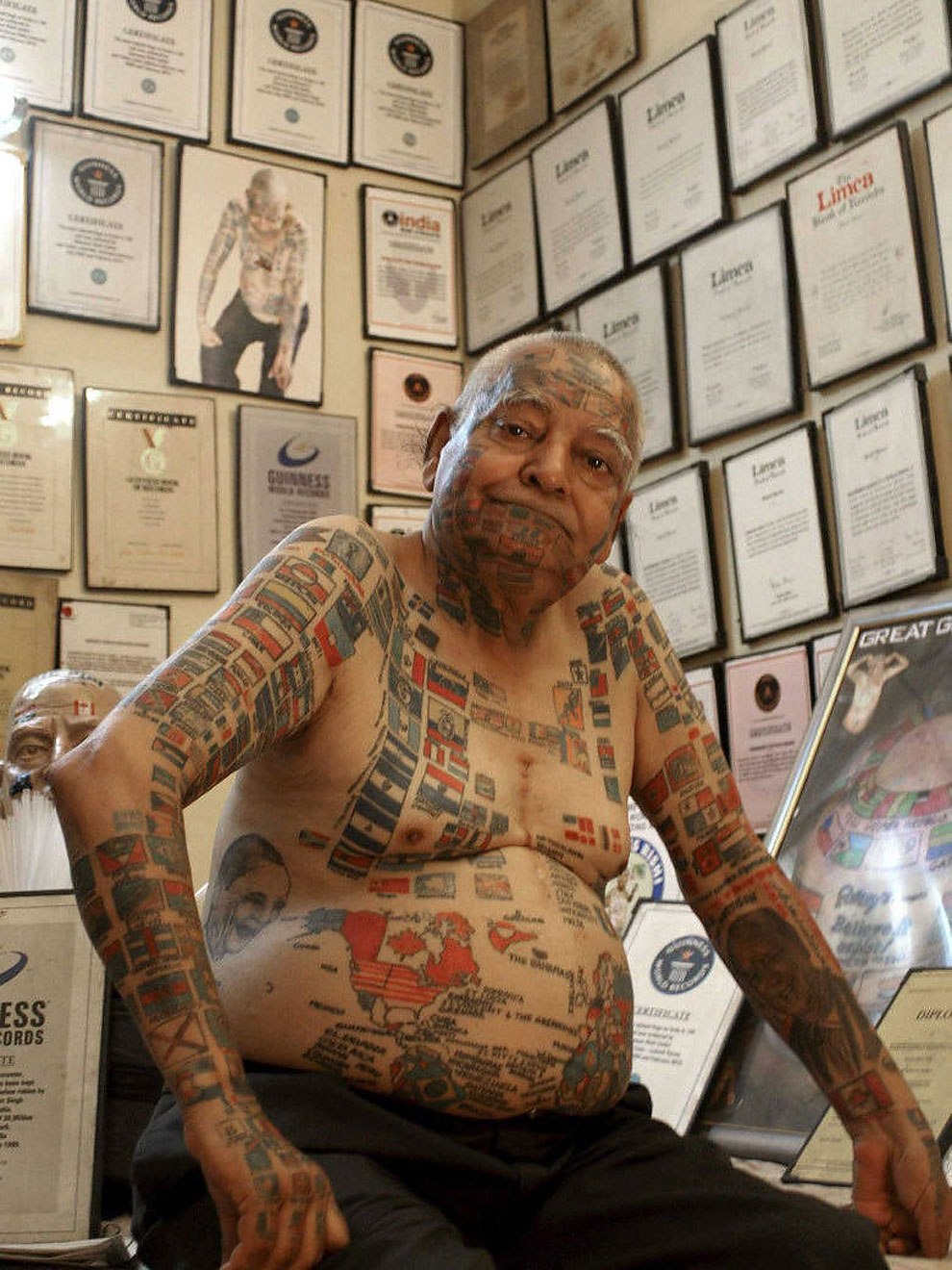 He previously became father of the world’s oldest adoptee, after taking custody of his 61-year-old brother-in-law, and built the tallest sugar-cube tower in the world, which stood at 64 inches. 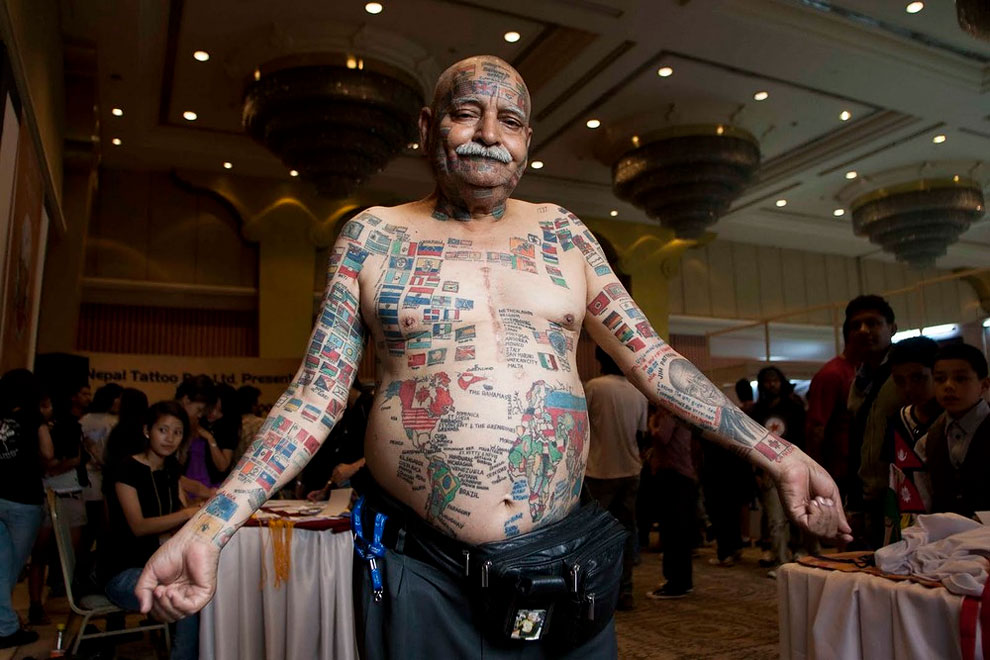 Now, Guinness Rishi wants to become a human flag pole, by tattooing 220 national flags on his body. He has started his effort at the top of his head, continued with his face, got a map of the world on his stomach, and plans to get his privates tattooed as well. 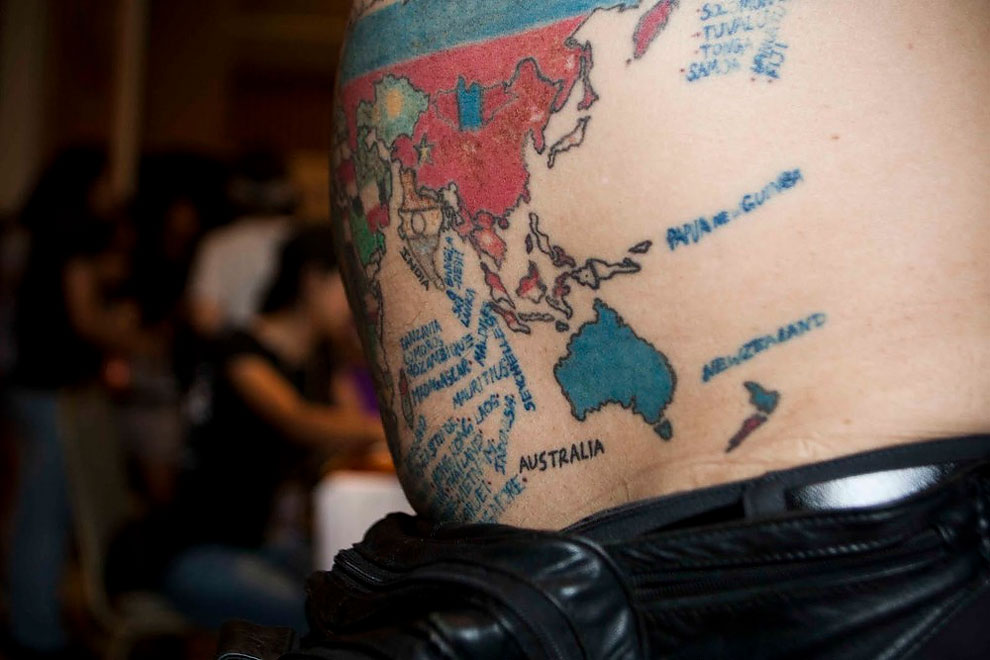 He just hasn’t decided what he’s going to put down there. Rishi’s efforts began in 2009 and he plans to fulfill his dream in three years time, but by the looks of things, he just might finish ahead of schedule. 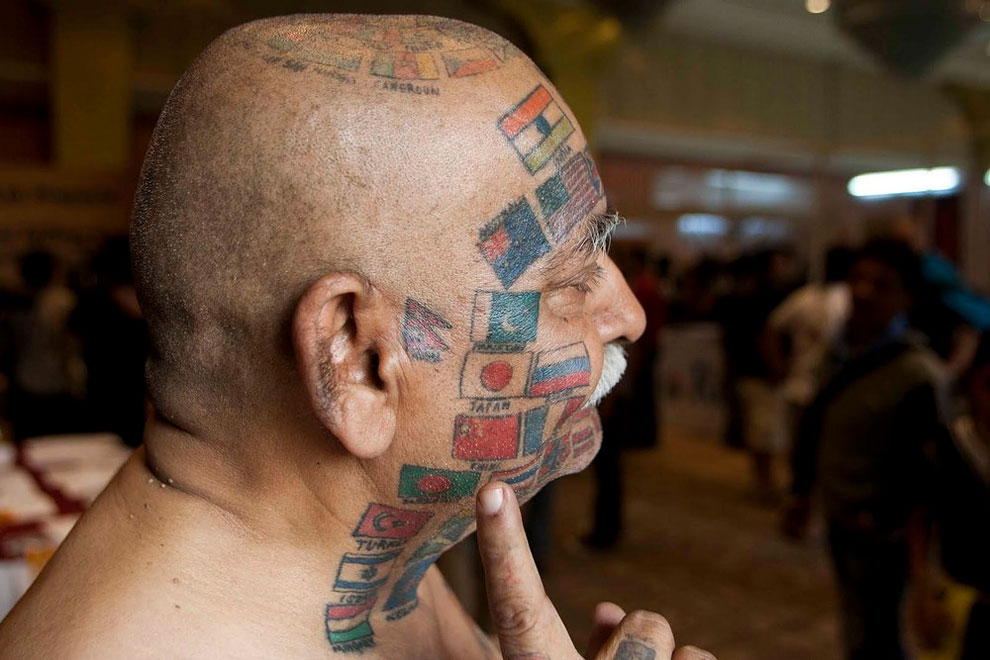 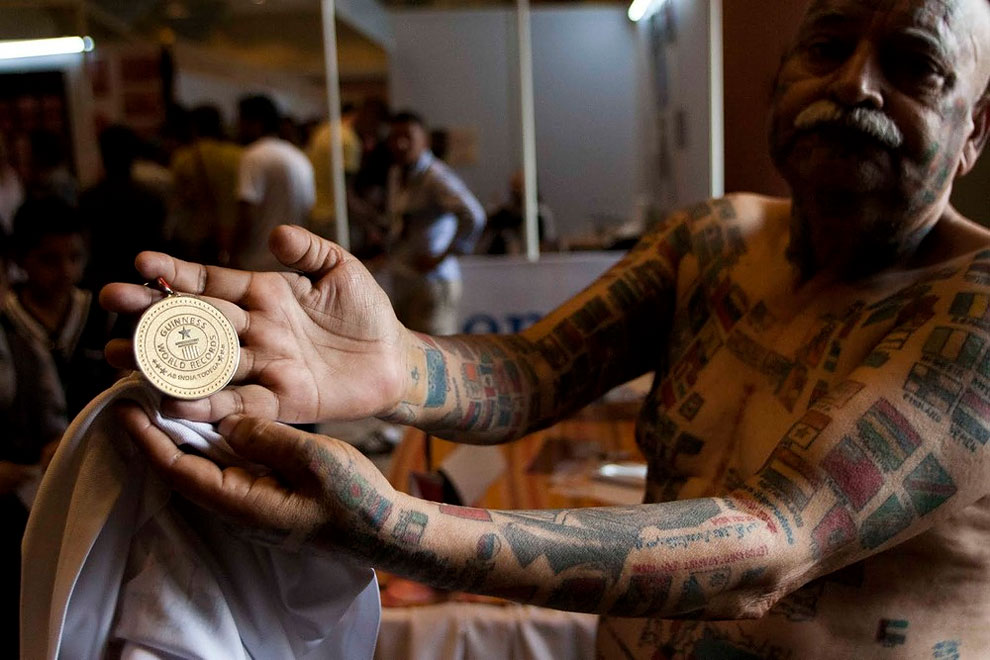 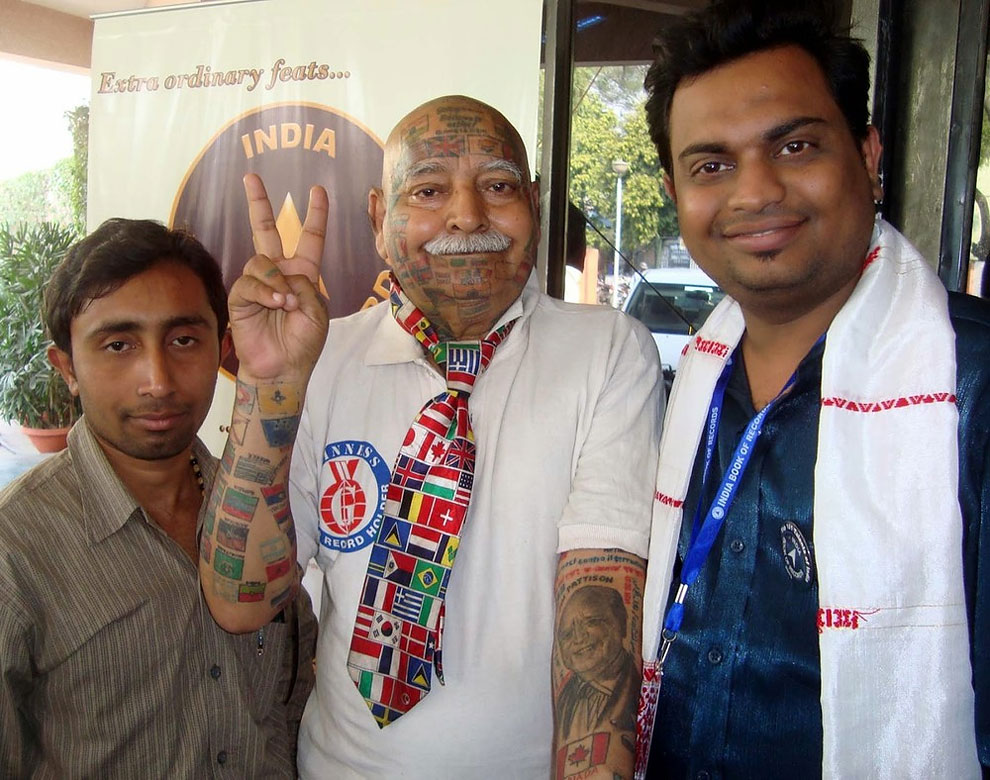