“Sprites are large-scale electrical discharges that occur high above thunderstorm clouds, or cumulonimbus, giving rise to a quite varied range of visual shapes flickering in the night sky. They are triggered by the discharges of positive lightning between an underlying thundercloud and the ground.

Sprites appear as luminous reddish-orange flashes. They often occur in clusters within the altitude range 50–90 km (31–56 mi) above the Earth’s surface. Sporadic visual reports of sprites go back at least to 1886, but they were first photographed on July 6, 1989 by scientists from the University of Minnesota and have subsequently been captured in video recordings many thousands of times. Sprites are sometimes inaccurately called upper-atmospheric lightning. However, sprites are cold plasma phenomena that lack the hot channel temperatures of tropospheric lightning, so they are more akin to fluorescent tube discharges than to lightning discharges.” – Wikipedia. 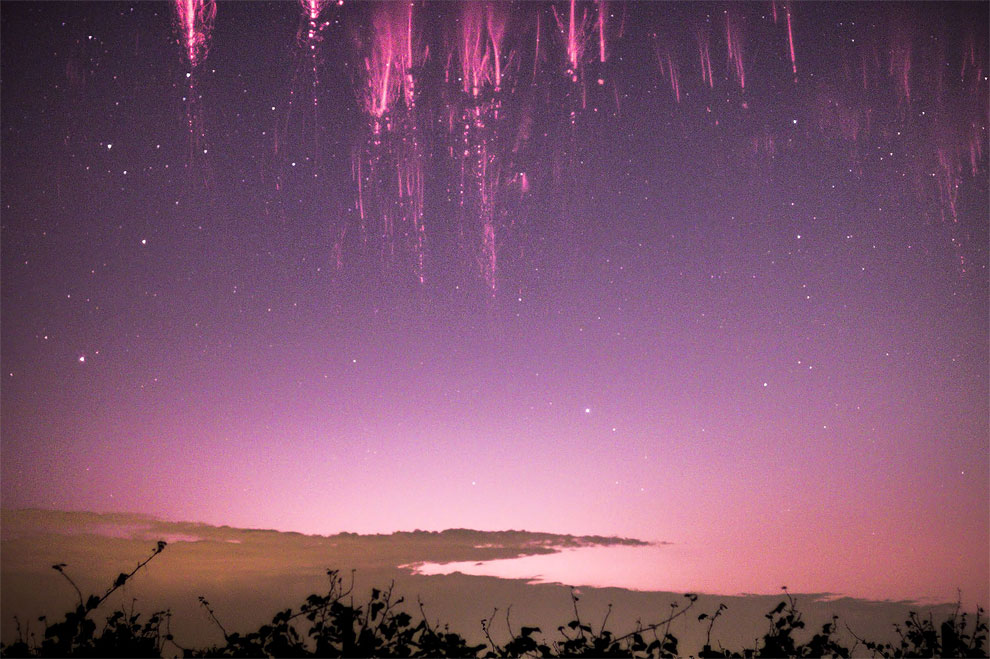 These spectacular pictures show the incredible moment a rare natural phenomenon happens in the night sky. Red sprite lightning lasts only a millisecond and takes place high above a tunderstorm cloud.The breathtaking flashes of light are caused by huge electrical discharges of lightning in the sky. Marko Korosec, 32, was lucky enough to catch these sprites on camera after months of trying. Mr Korosec, from Sezana in Slovenia, took the shots whilst he was following storms in Vivaro, Italy. (Photo by Marko Korosec/Solent News/SIPA Press) 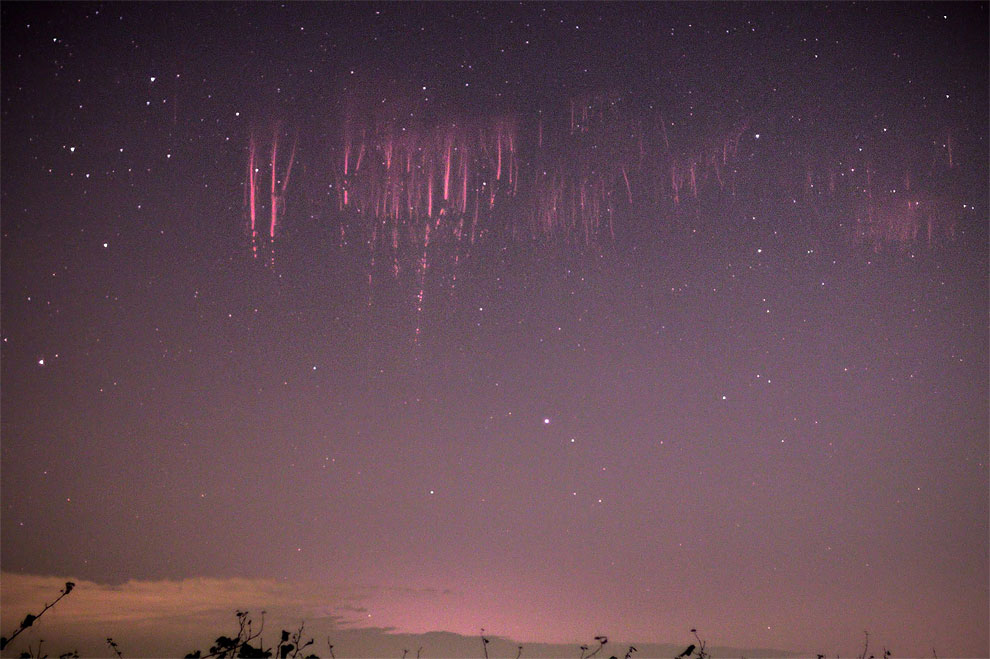 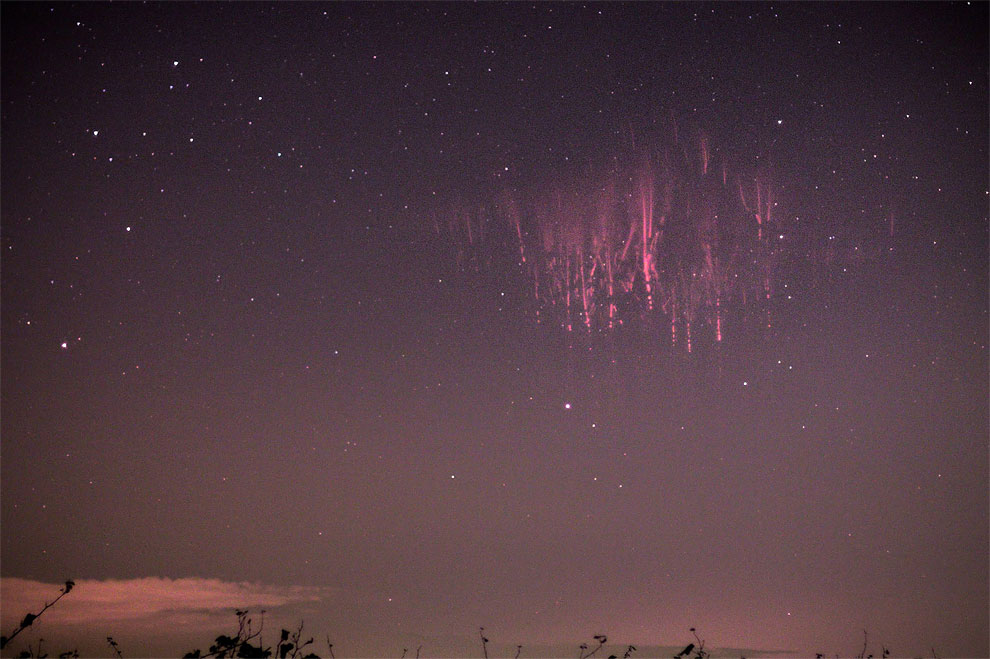 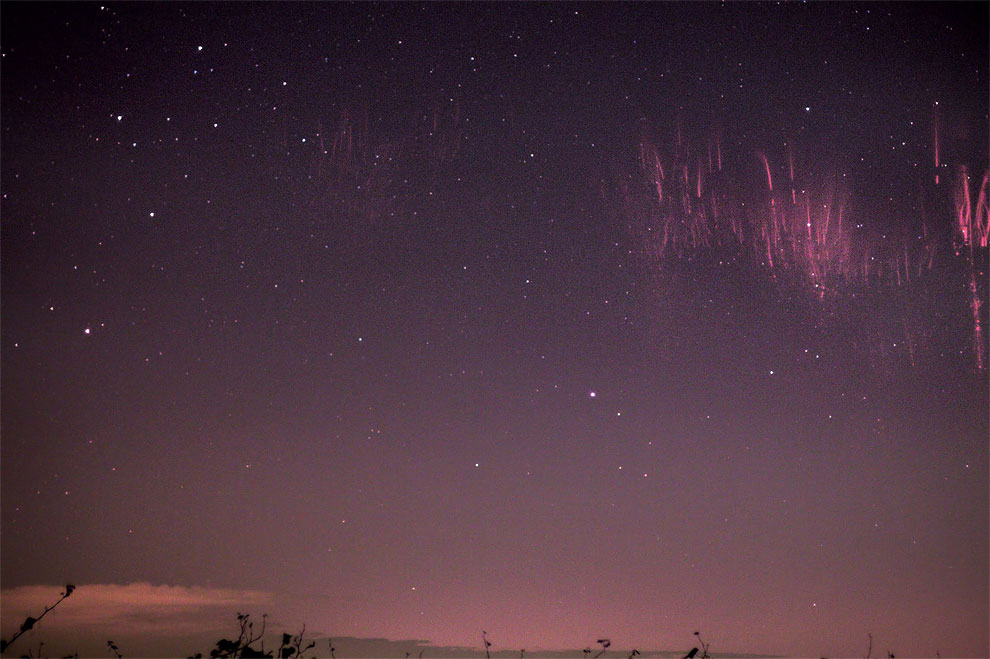