Anybody want a peacock? How about 200?

The Fox Hollow community in Boynton Beach is considering paying a trapper $6,000 to round up half the neighborhood population of peafowl and kill them.

“I want every one of them out of here,” said resident Dorothy Laswell. “They bang on my French doors, throw themselves at my windows, and wake me up every morning, jumping on my roof at 6 o’clock. And during mating season, they scream and holler.”

Similar complaints have led Fox Hollow to invite a trapper to spend weeks in the neighborhood assessing the population and figuring out what can be done. There are an estimated 400 peafowl living in Fox Hollow, and they have their defenders. So the homeowner’s association is considering a compromise of sorts: eliminating half the bird population. 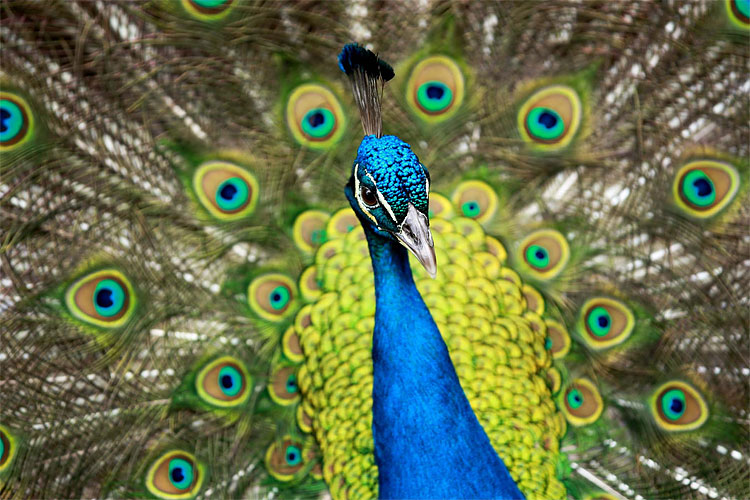 The Fox Hollow community in Boynton Beach is proposing to remove a couple of hundred peacocks that live on the gated community’s property. They apparently escaped years ago from nearby Knollwood Groves, where they were an attraction until the groves were torn down for another housing development. 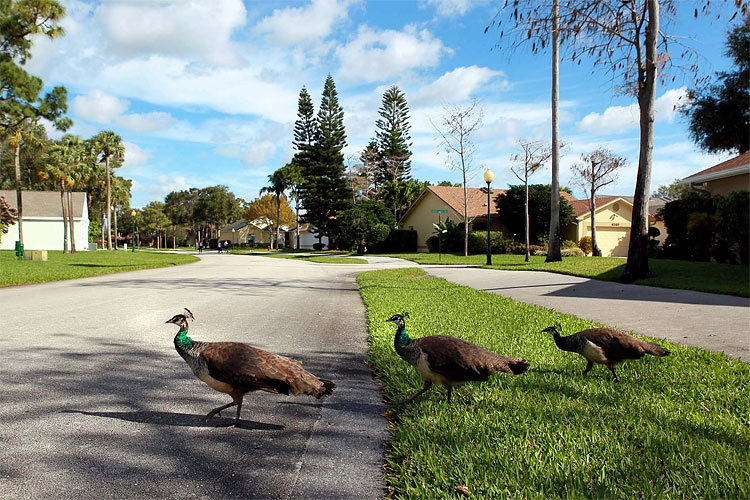 Peahens cross Manor Forest Blvd. The peacocks and peahens live off the land and their population has significantly grown over the last few years. 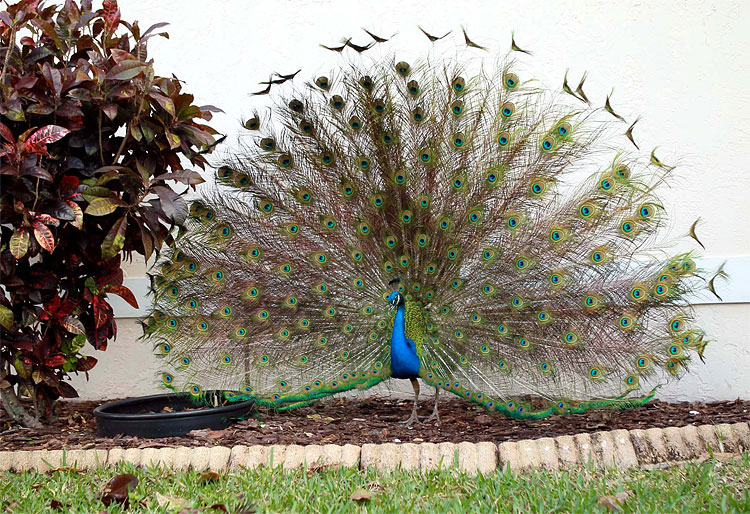 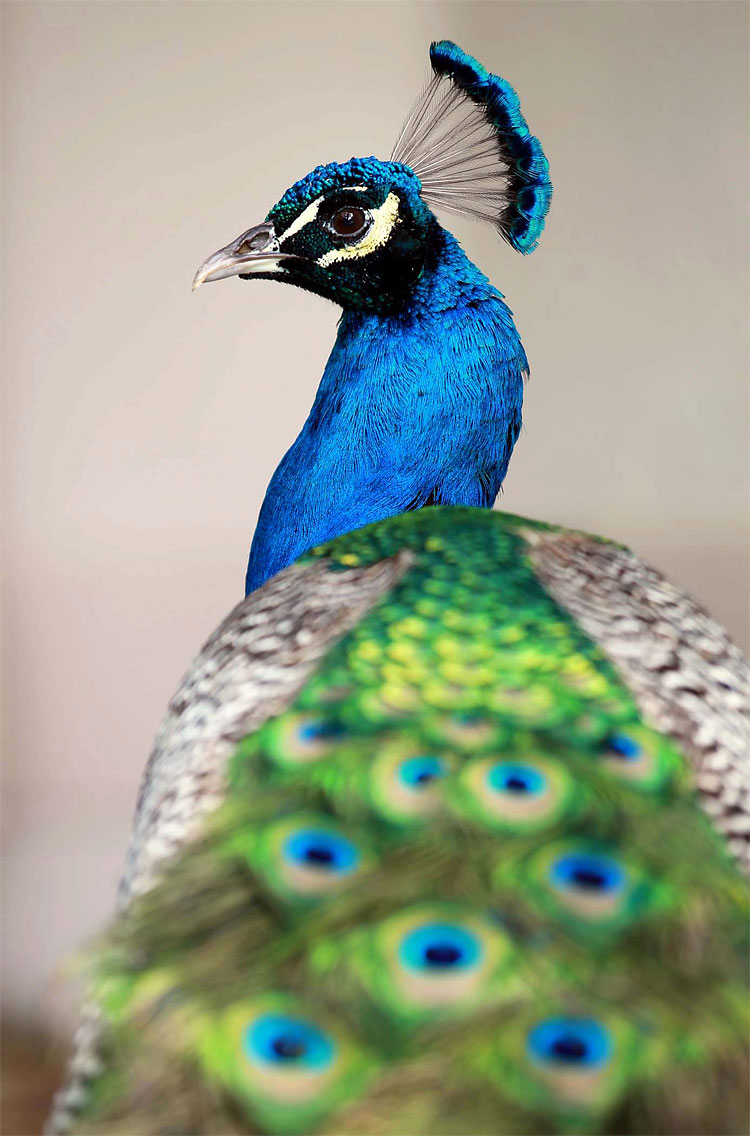 A peacock walks through the neighborhood. 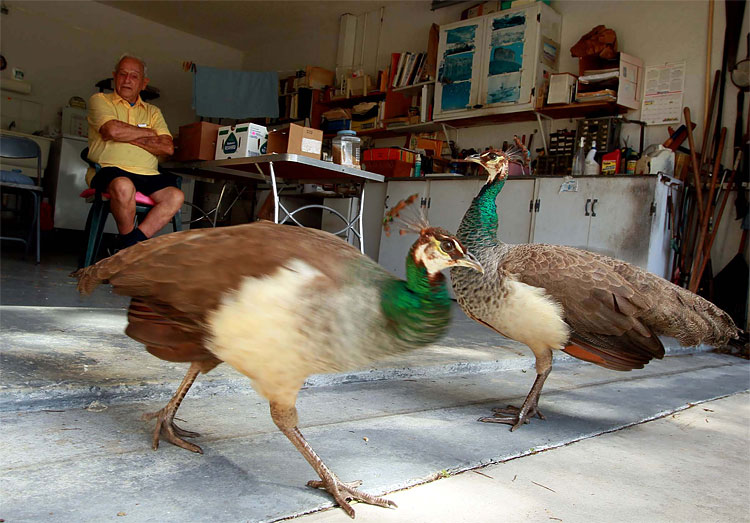 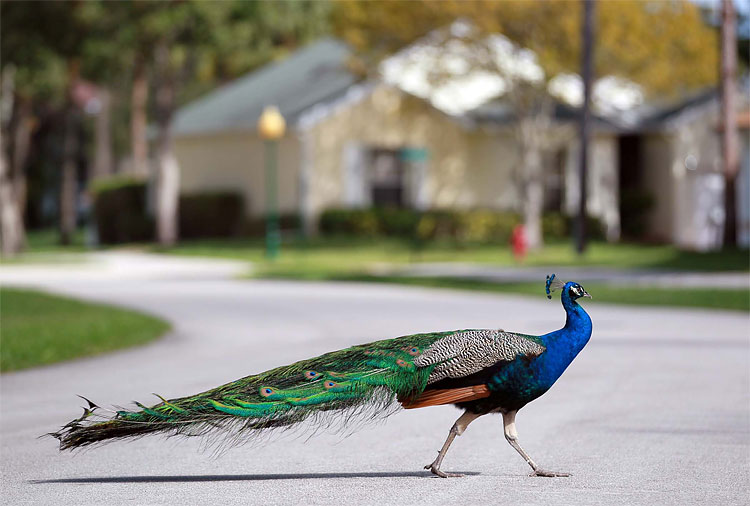 A peacock crosses Manor Forest Blvd. “Our management company, Southern Shores, has spent much time and effort trying to relocate some of the peacocks to other locations throughout Palm Beach County,” read a letter sent to residents this month. “They have contacted county government and private organizations (i.e. zoos, etc.) for help with this project, with no interest shown by the public or private sector.” 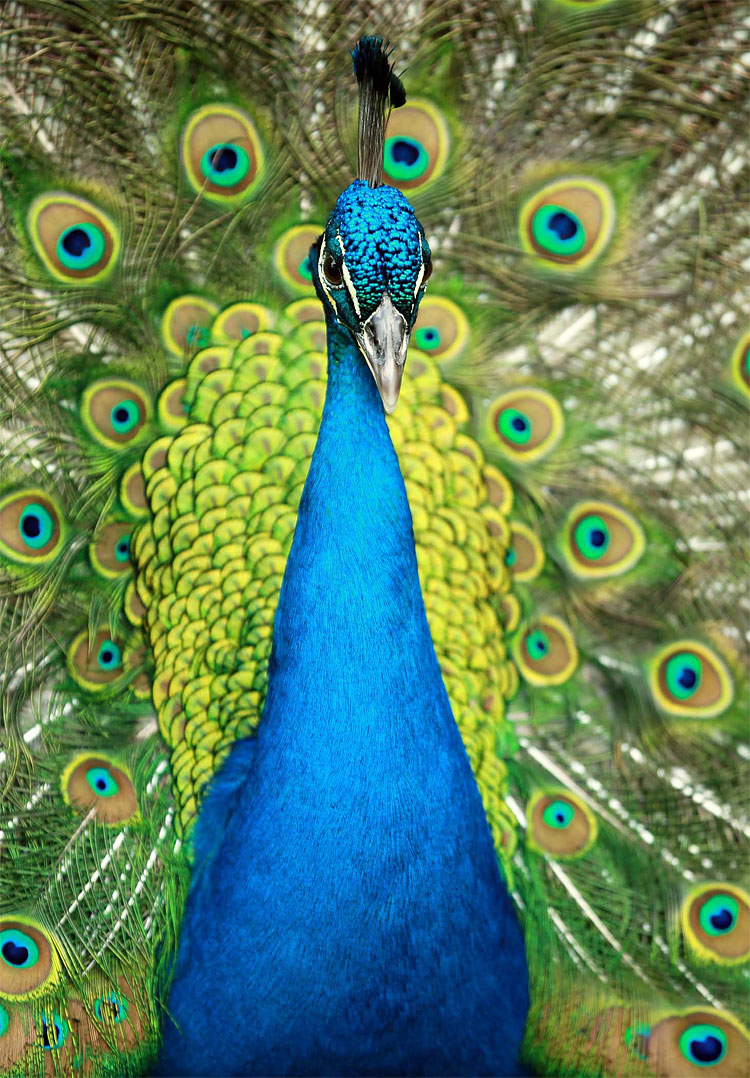 The community’s governing board is asking residents for guidance, saying that its decision on the trapping plan will be guided by the majority opinion of the residents. 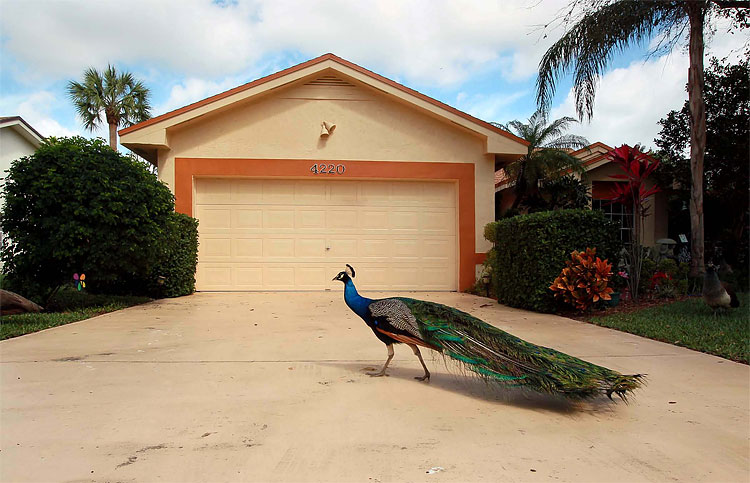 A peacock crosses a driveway. 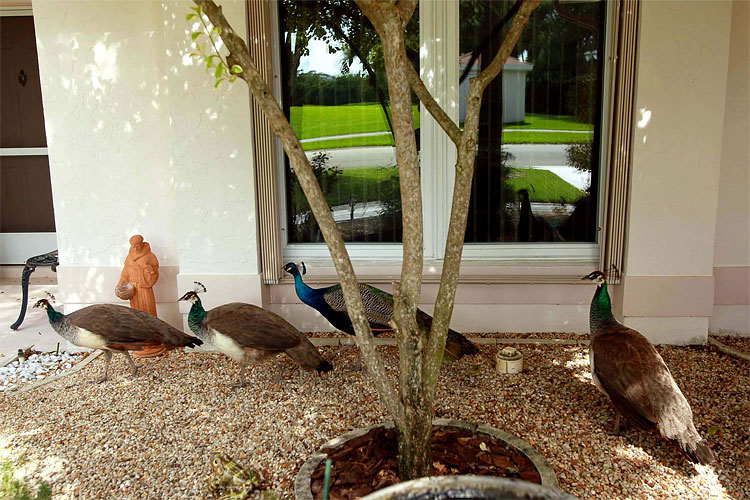 Peacocks and peahens congregate near a home. 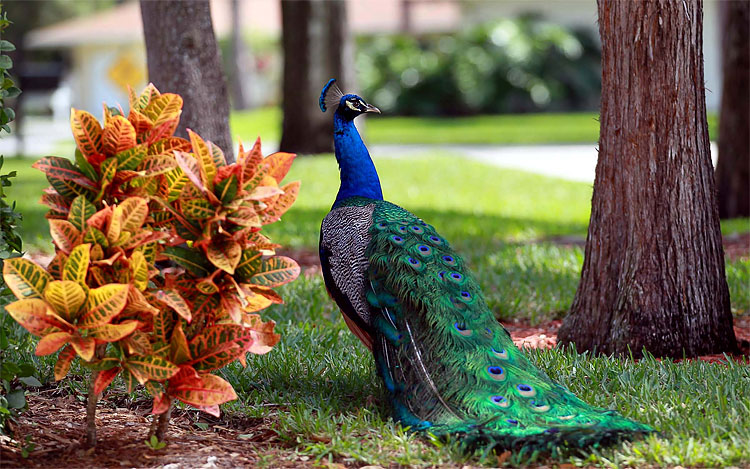 A peacock walks across a lawn. 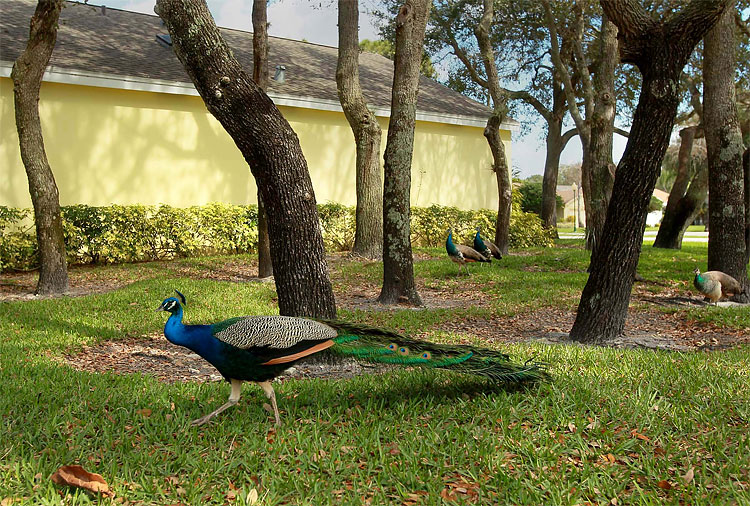 Fox Hollow, which is on Lawrence Road a couple of miles south of Hypoluxo Road, used to be an orange grove. The development of that grove into homes eliminated the orange trees, but not the peafowl who lived there. 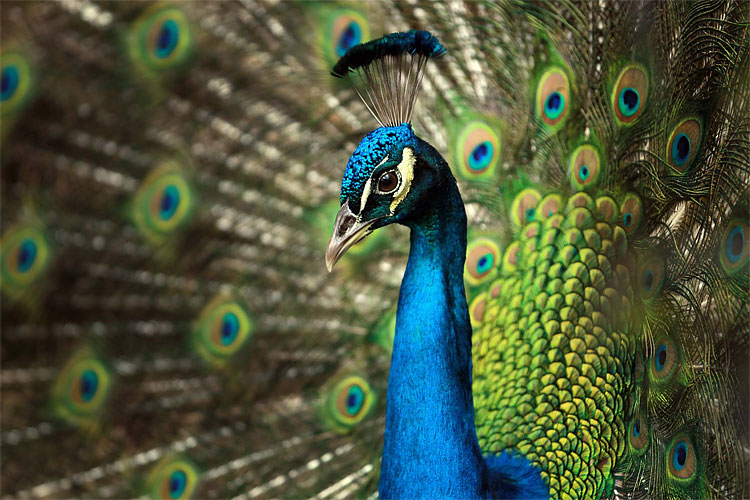 A peacock displays its plumage in Manor Forest.

2017 National Geographic Travel Photographer Of The Year - Cities Gallery
This Extraordinary Close-Up Photos Turns Mundane Insects Into Terrifying Beasts From Another World
Vintage Photos From Between The 1940s And 1970s Show How Glamorous Flying Used To Be!
Beautiful 'Then And Now' Pictures Of Women From London's '80s Subcultures
Marvelous Female Portrait Photography By Katarzyna Markiewicz
This Photographer Creates Paintings That Are Actually Photos
Creative & Beautiful Photos Of The Dogs At Home During The Lockdown By Ria Putzker
Winning Photos Of TDM Street Photography Awards 2021
The Beauty Of Italian Architecture Photographed By David Burdeny
Fascinating Fashion Photography By Yuliia Stepanok
2007 ‒ 2022 by Design You Trust. Proudly hosted by WebHostingBuzz.
Privacy Policy · Terms of Service · Content Removal Policy ❤️ 🇺🇦