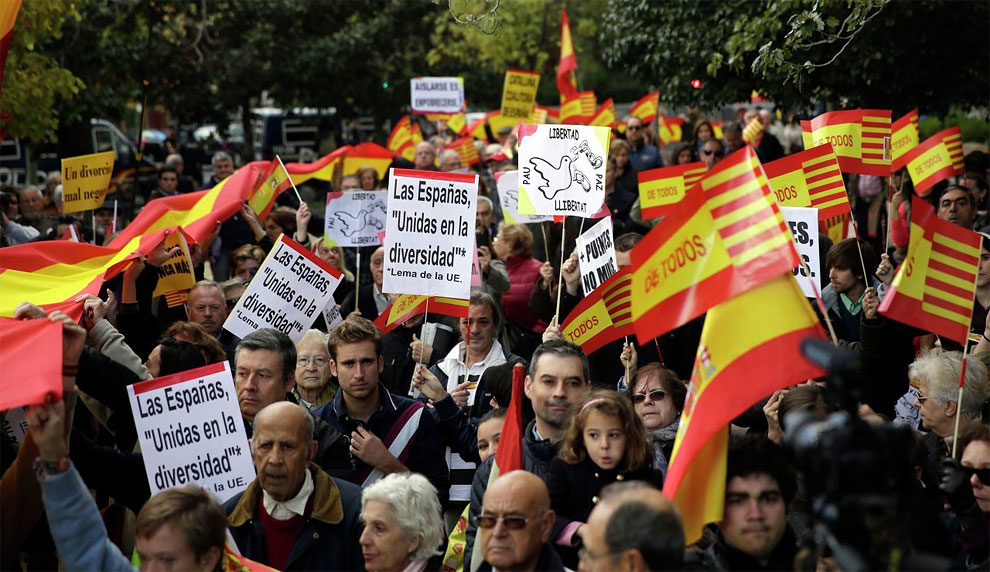 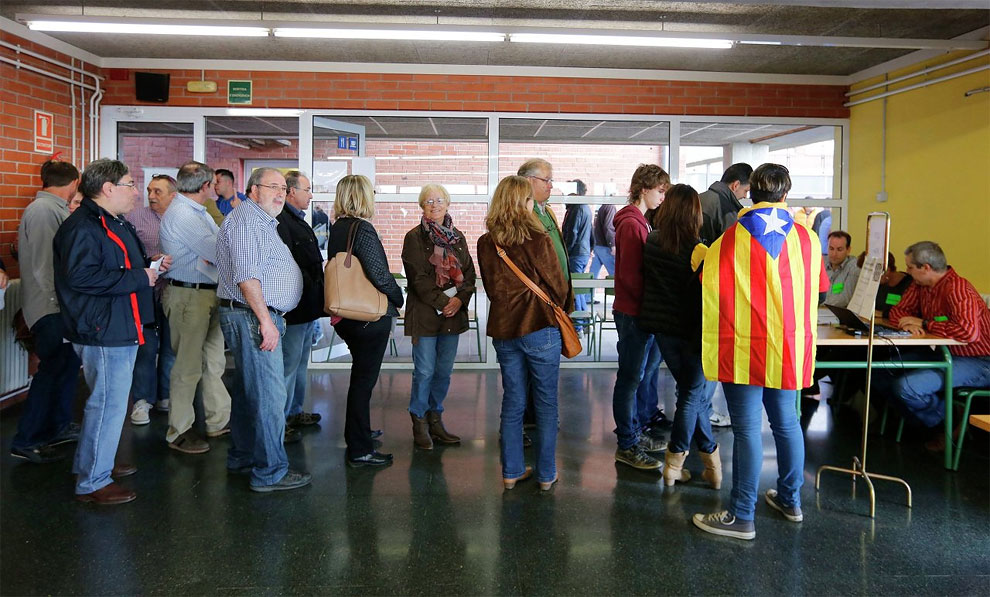 6,430 ballot-boxes are installed in 1,255 schools and colleges. More than 40,000 volunteers are assisting the Catalans during the consultation. (© REUTERS/ GUSTAU NACARINO) 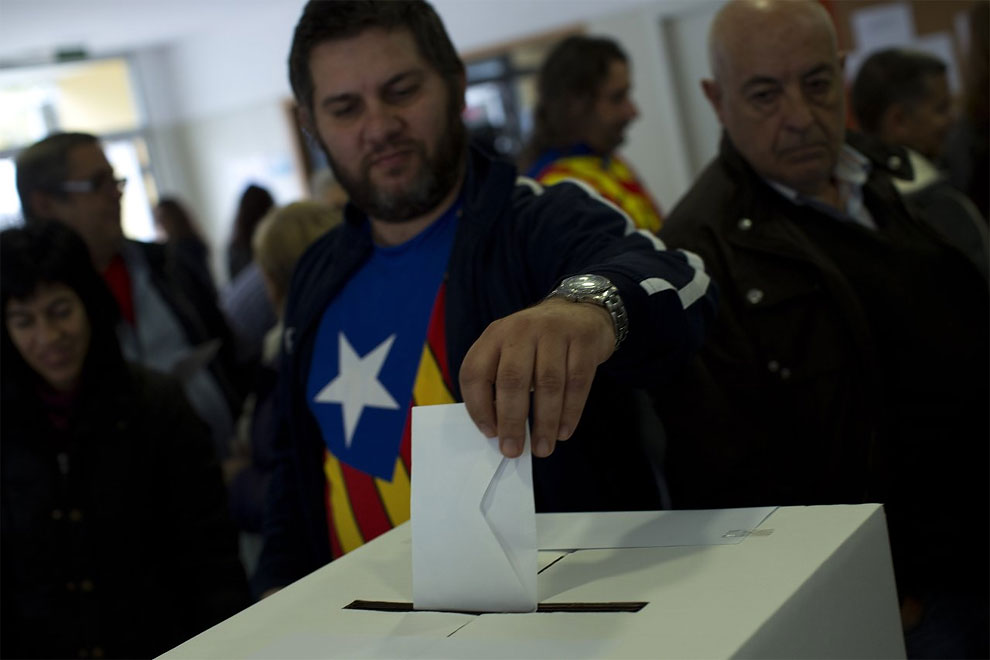 A man with the estelada flag casts his ballot. (© AP PHOTO/ EMILIO MORENATTI)

There is no official list of “voters”; more than 5,4 million Catalans aged 16 and older are eligible, so are foreigners permanently residing in Catalonia. 18 ballot stations are open abroad. 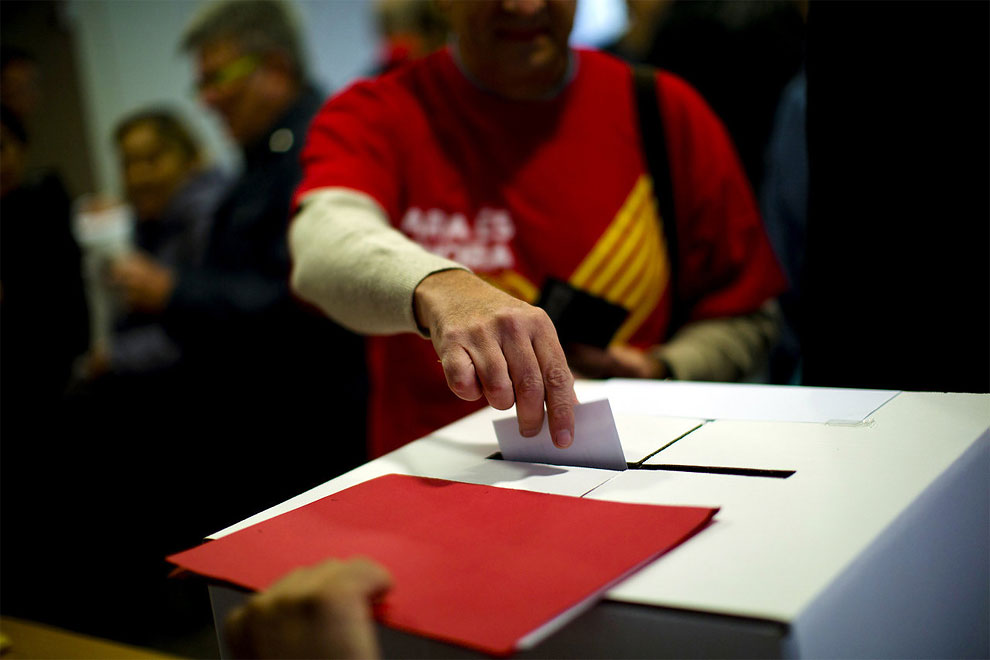 Eight observers from Belgium, France, Germany, Slovenia, Sweden and Great Britain have arrived in Catalonia to inspect the vote. They plan to visit about 30 schools. 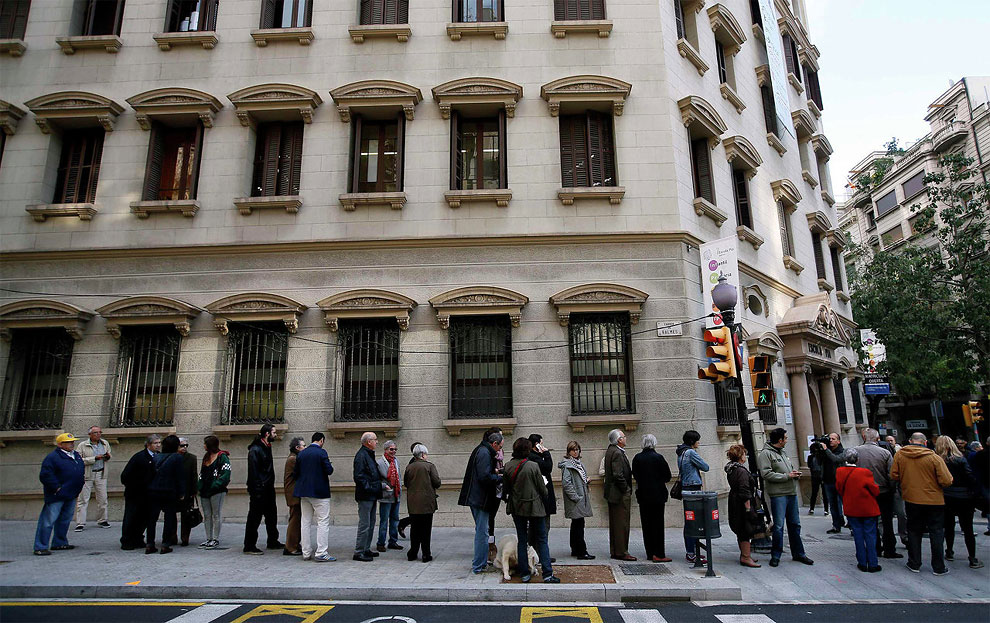 A queue to a polling station in Catalonia. (© REUTERS/ ALBERT GEA)

After the announcement that the votes would be counted by the autonomy’s authorities, the Catalan government suffered a hacker attack. 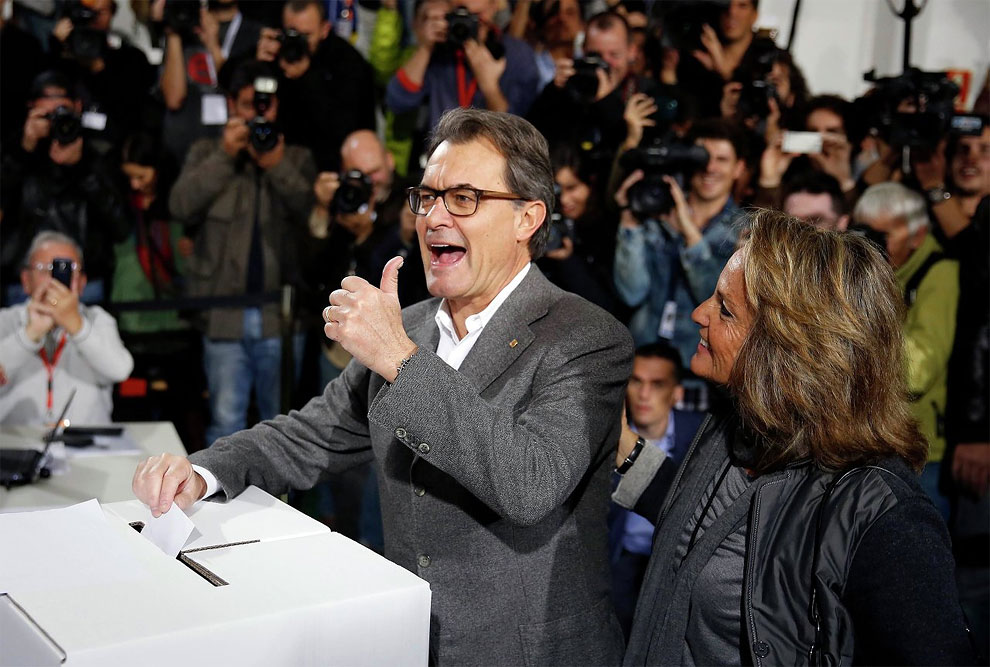 Catalan President Artur Mas signed a decree on September 27 to set the independence referendum on November 9. 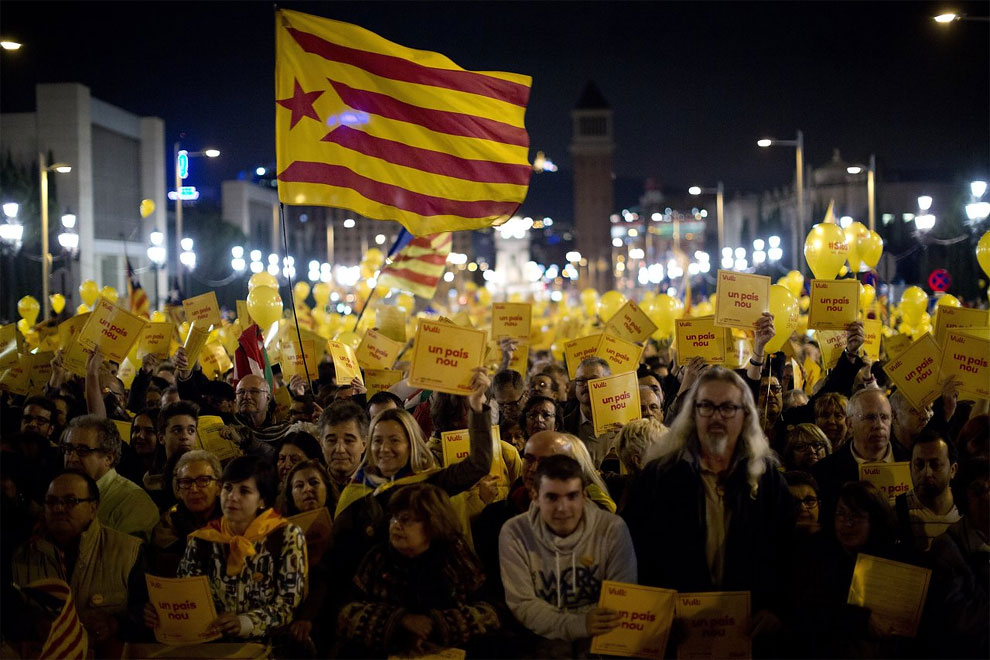 Independence supporters take part in a rally ahead of voting on an informal poll on November 7, 2014. (© AP PHOTO/ EMILIO MORENATTI)

The Spanish Constitutional Court declared the vote illegal and the Supreme Court declined Catalonia’s appeal to challenge the decision. 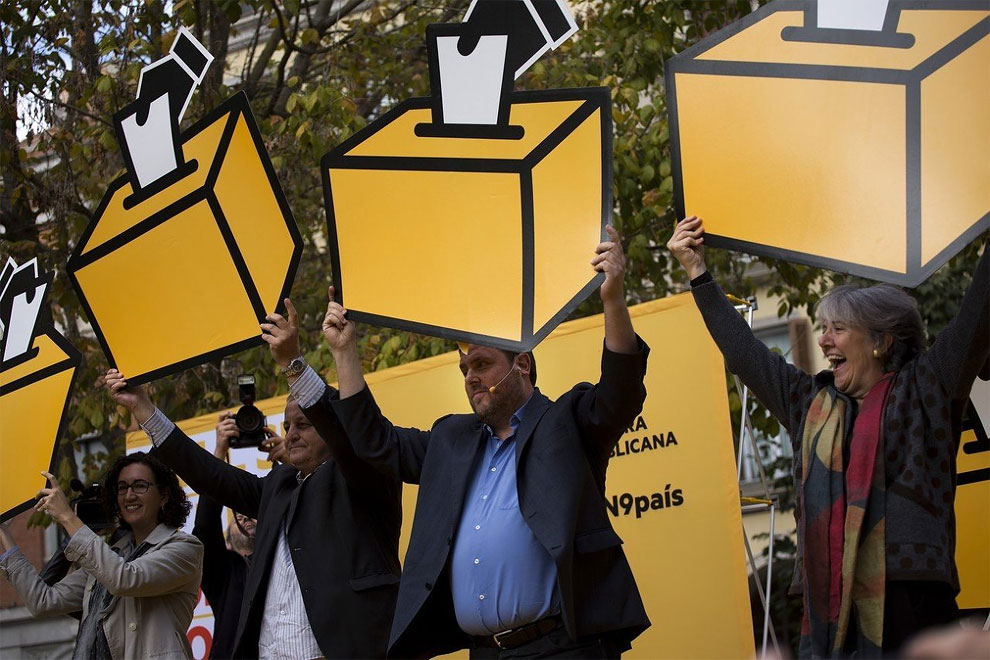 Oriol Junqueras, head of the pro-independence Republican Left of Catalonia, center, holds a drawing of a ballot box during a rally ahead of voting on an informal poll on November 8. (© EAST NEWS/ AP/FOTOLINK)

Artur Mas decided the voting on November 9 would be carried out as an unofficial consultation despite the central government’s protests. 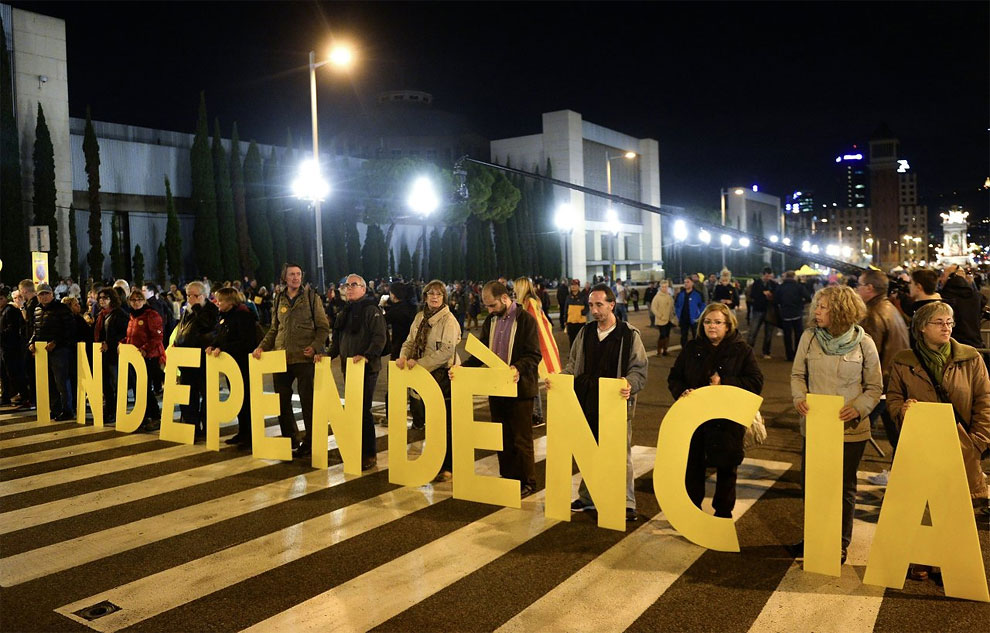 A rally in support of Catalonia’s independence in Barcelona. (© REUTERS/ ANDREA COMAS)

Catalonia became an autonomous province of Spain in 1479. The region’s autonomy has fluctuated from Catalonia’s almost breaking away in 1871 to its suppression by Franco. Fireworks are displayed after a rally in support of the independence of Catalonia in Barcelona. (© SPUTNIK/VLADIMIR ASTAPKOVICH)

Independence supporters won an absolute majority in the Parliament of Catalonia and in January 2014 voted to hold a referendum on independence.