Photo of the Day: The Shock Wave 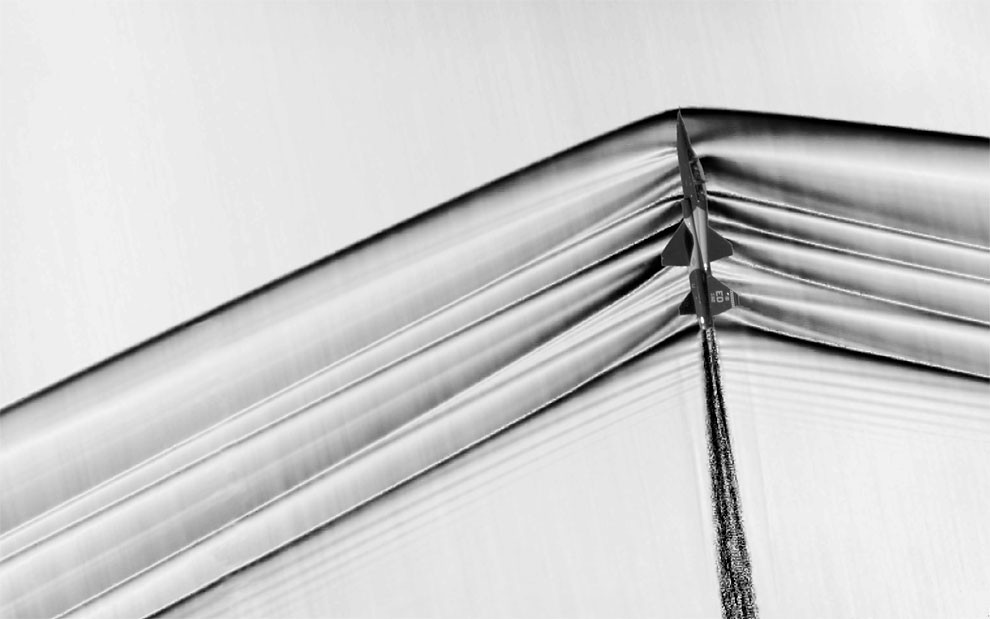 The shock wave of a T-38C supersonic jet flying over the Mojave Desert in California is seen in an undated NASA schlieren image released August 25, 2015.

Researchers used NASA-developed image processing software to remove the desert background, then combined and averaged multiple frames to produce a clear picture of the shock waves. Schlieren imaging reveals shock waves due to air density gradient and the accompanying change in refractive index, according to a NASA news release. (Photo by Reuters/NASA)