September 16: This Day In Photos From The Past 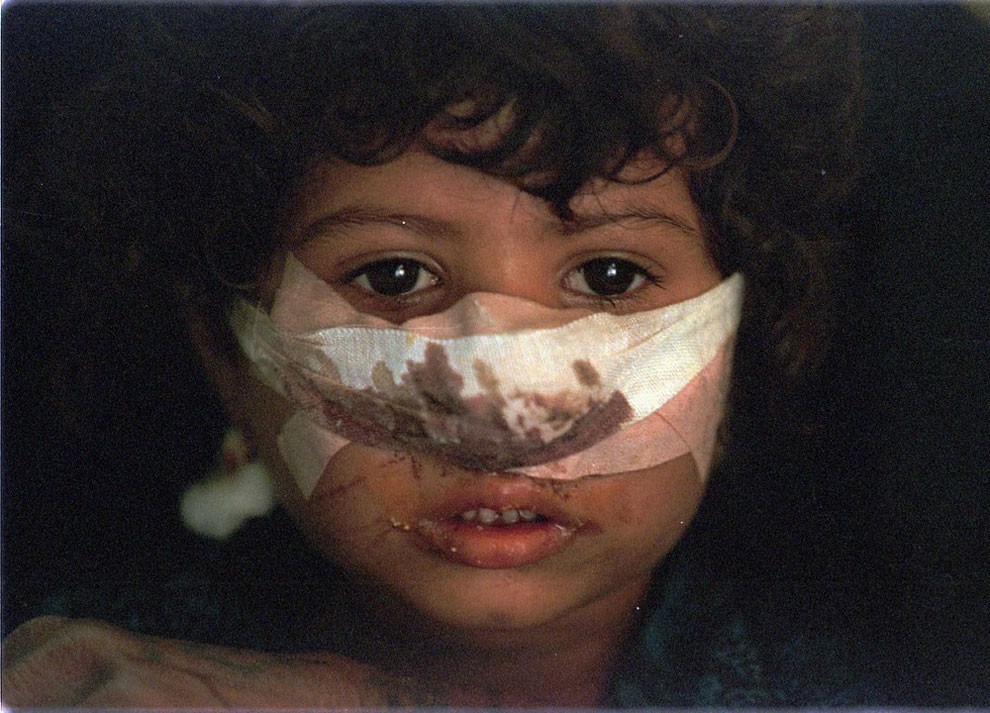 Salma Karim, 4, awaits a medical examination and diagnosis at the Saddam Children’s Hospital in Baghdad Monday, September 16, 1996. Due to the international economic blockade, Iraqi hospitals have little medicine and many curable illnesses go untreated. The United States has blocked a U.N. resolution allowing food and medicine in exchange for Iraqi oil. On Aug. 31, Saddam Hussein sent soldiers into the U.S.-protected Kurdish “safe haven” in northern Iraq to oust an Iranian-backed faction in favor of another Kurdish group allied with Baghdad. (Photo by John Moore/AP Photo) 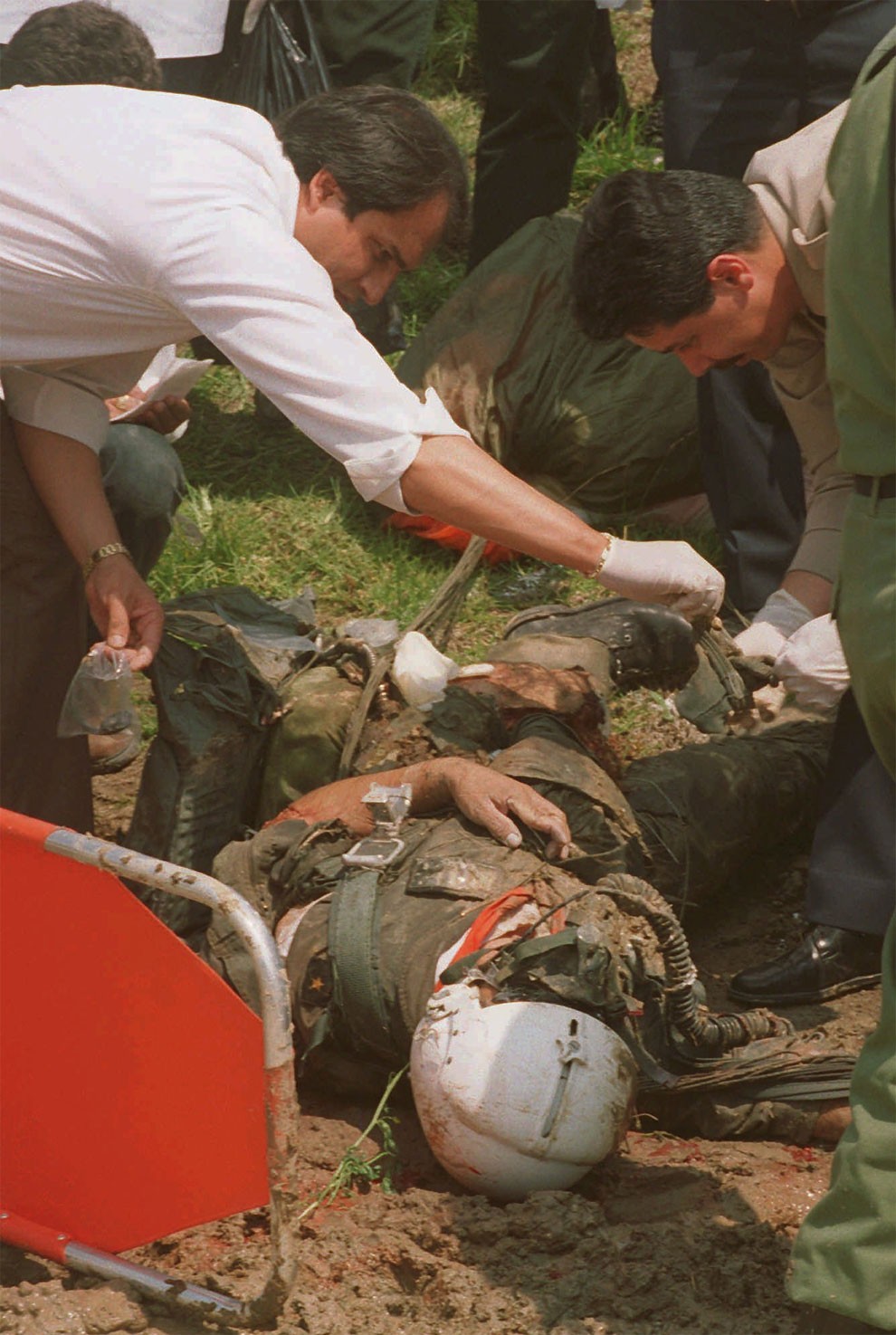 Mexican investigators examine the body of one of three crewmen confirmed dead at the scene of a multiple plane crash Saturday, September 16, 1995 in Cuajimalpa, Mexico, a Mexico City suburb. Three jet fighters, two T-33’s and an F-5 of the Mexican Air Force crashed in a canyon outside of Mexico City while taking part in an overflight above Mexico’s Independence Day parade. (Photo by Jose Luis Magana/AP Photo) 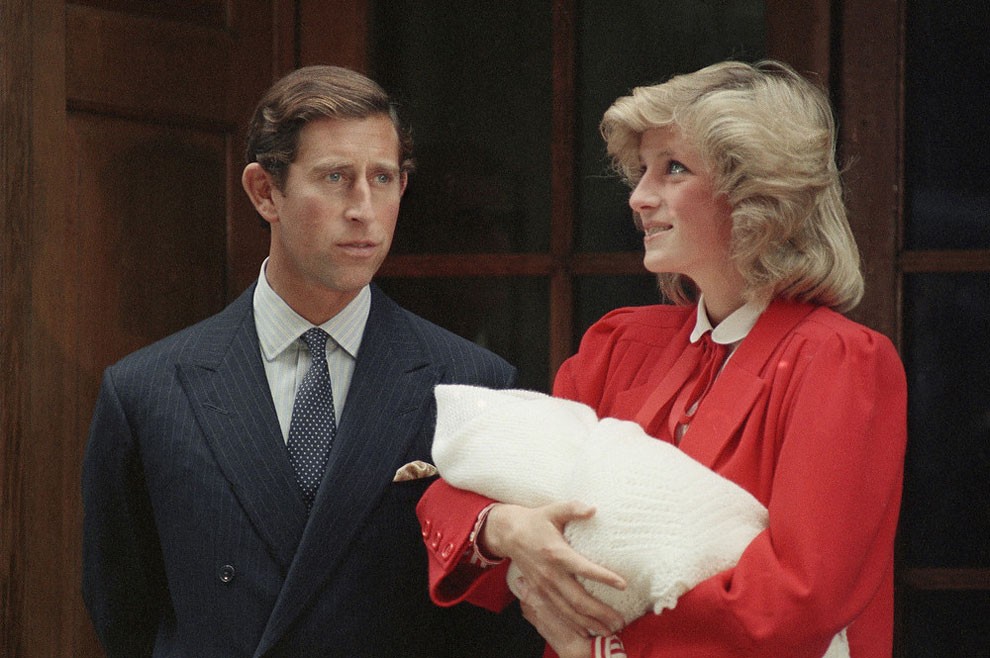 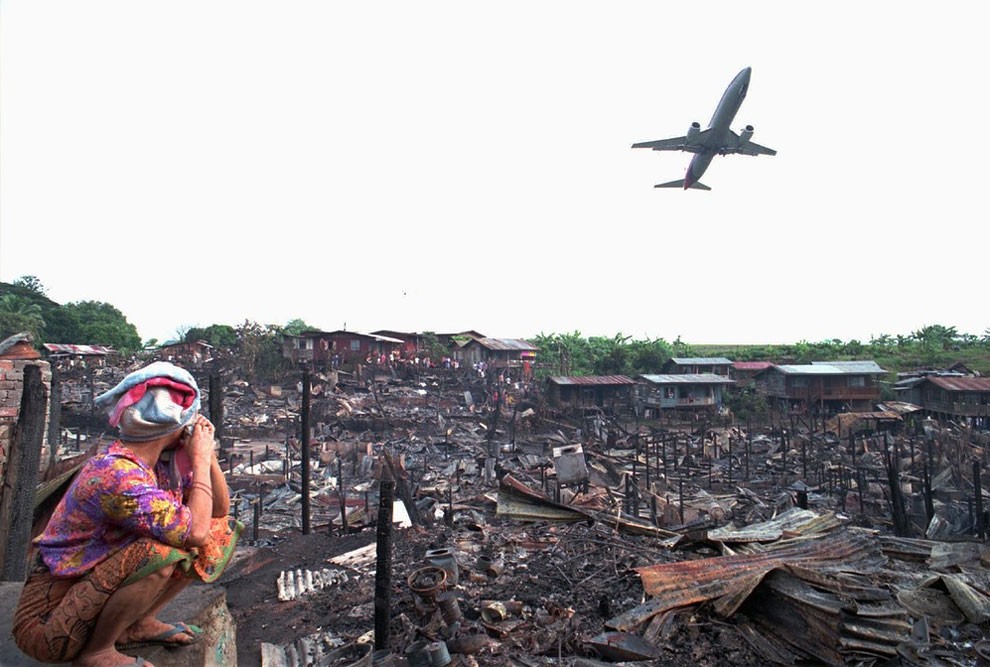 A crying woman sits near remains of houses in Tawau Saturday, September 16, 1995, which were burnt by explosion after a Malaysian Airlines plane crashed on the shantytown on Borneo Island, 725 miles east of Kuala Lumpur, Friday. The plane crash killed 34 of the 53 people on board. (Photo by C. F. Tham/AP Photo) 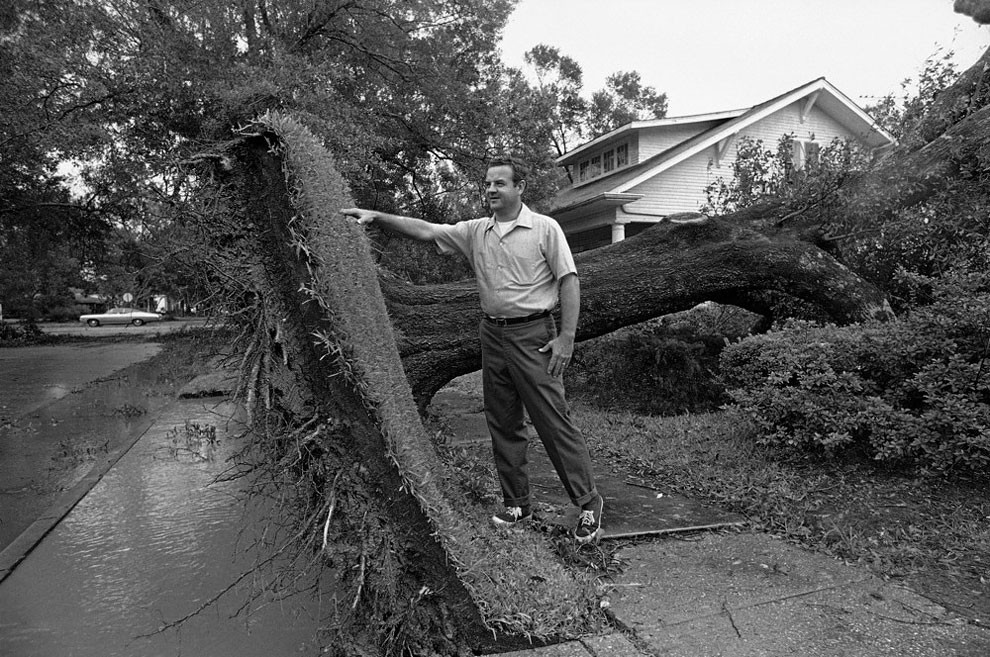 Charles Albritton looks at a large square of sod that was neatly pulled up when an oak tree was uprooted by Hurricane Edith at Crowley, La., on Thursday, September 16, 1971. Damage at Crowley was limited mostly to trees and utility lines. (Photo by Jack Thornell/AP Photo) 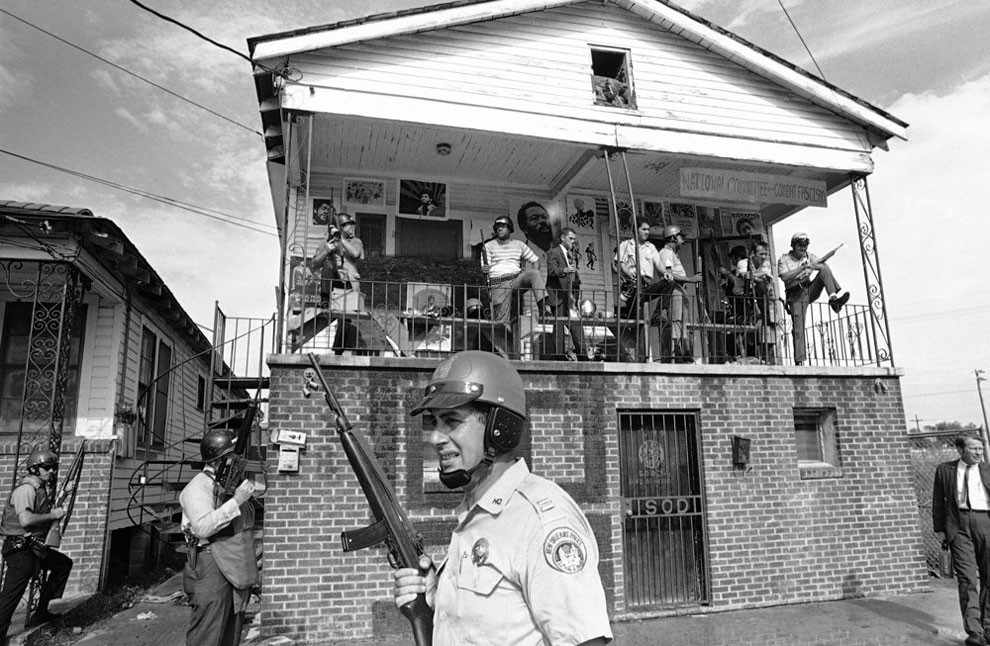 Police occupy the Black Panther headquarters in New Orleans following a shootout on Tuesday, September 16, 1970. Seven persons were wounded and 14 others were arrested during the incident. (Photo by AP Photo) 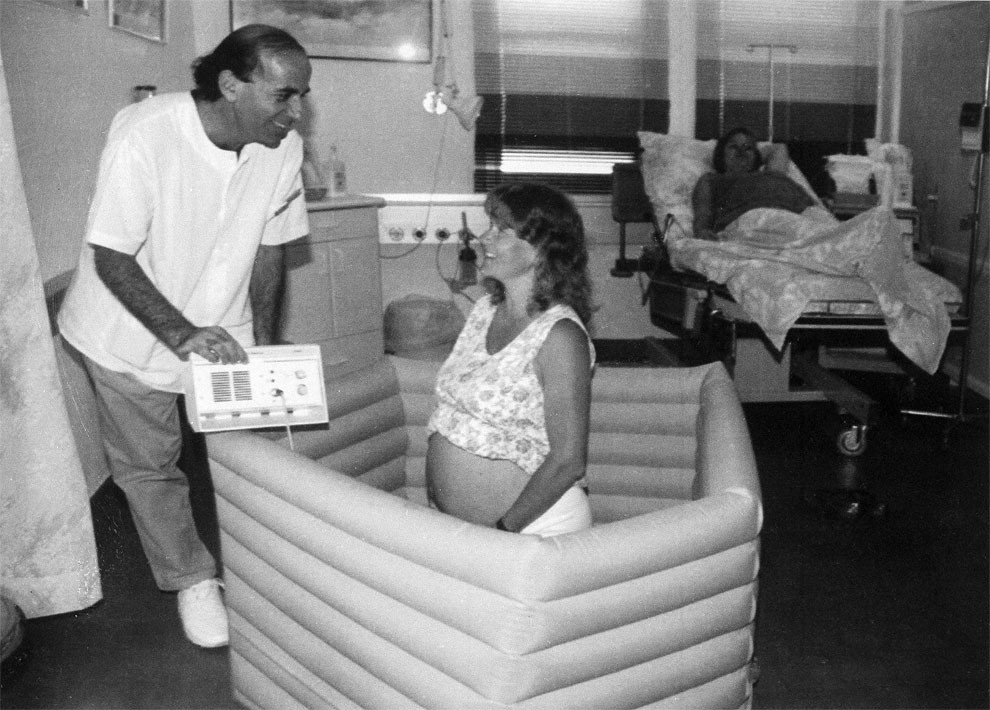 An unidentified British expectant mother tries out a water filled pool while an obstetrician watches over her with a birth monitoring device at a maternity ward at Yosef Tal Hospital in Eilat, Israel, September 16, 1992. Six British women came to Eilat to give birth among dolphins in the Red Sea but the Israeli Health Ministry did not permit it. The women will be giving birth in plastic pools of water instead. (Photo by Reuven Zaltz/AP Photo) 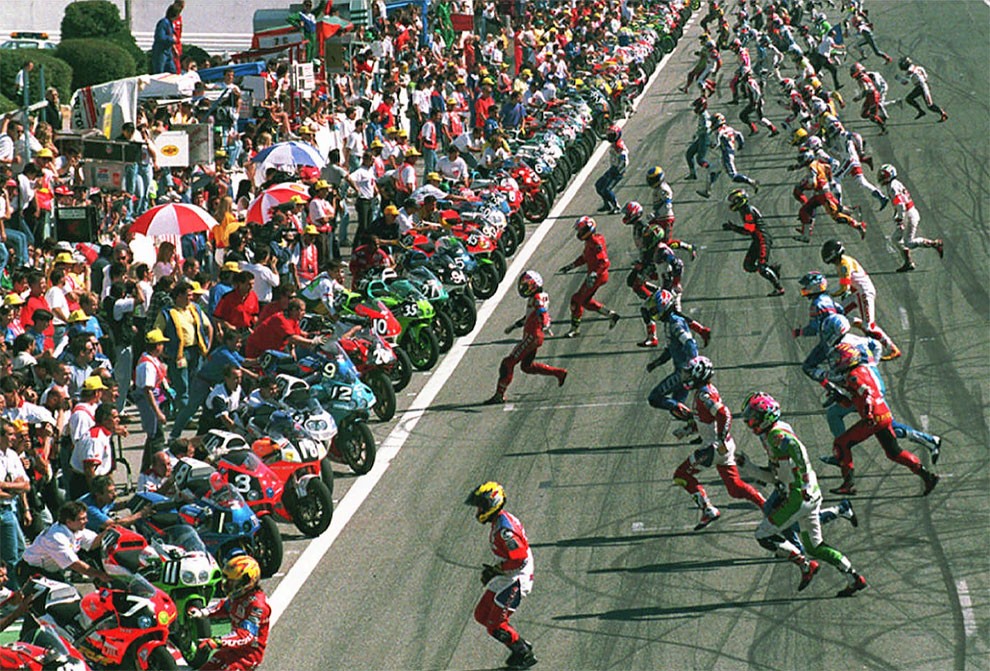 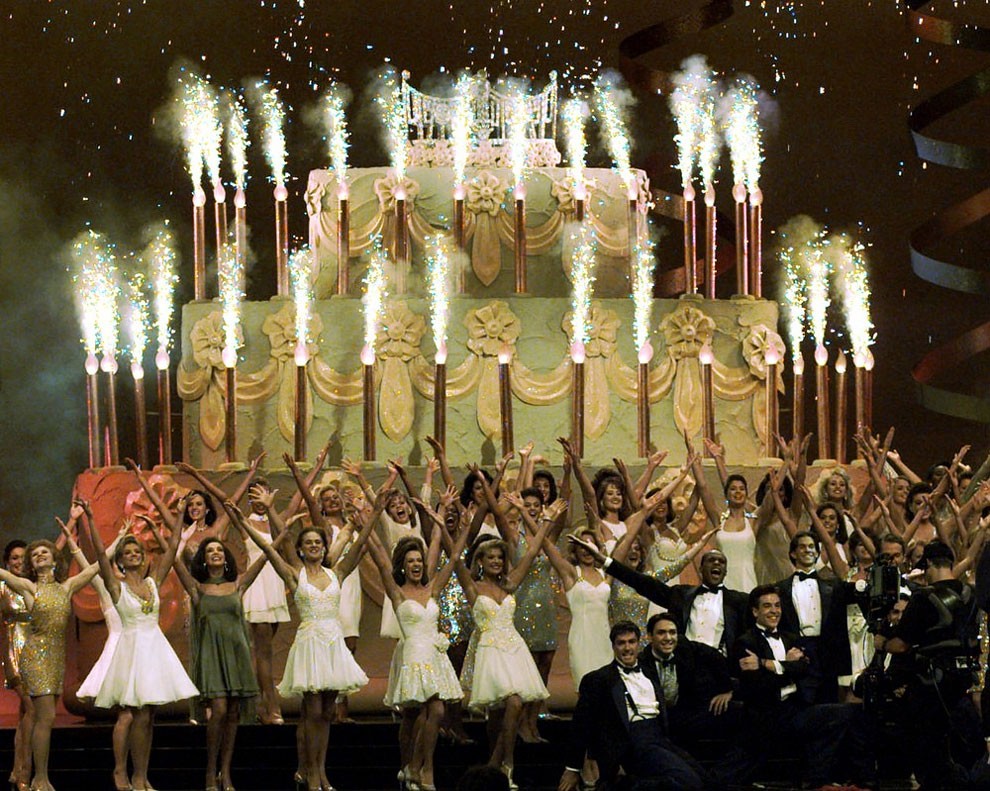 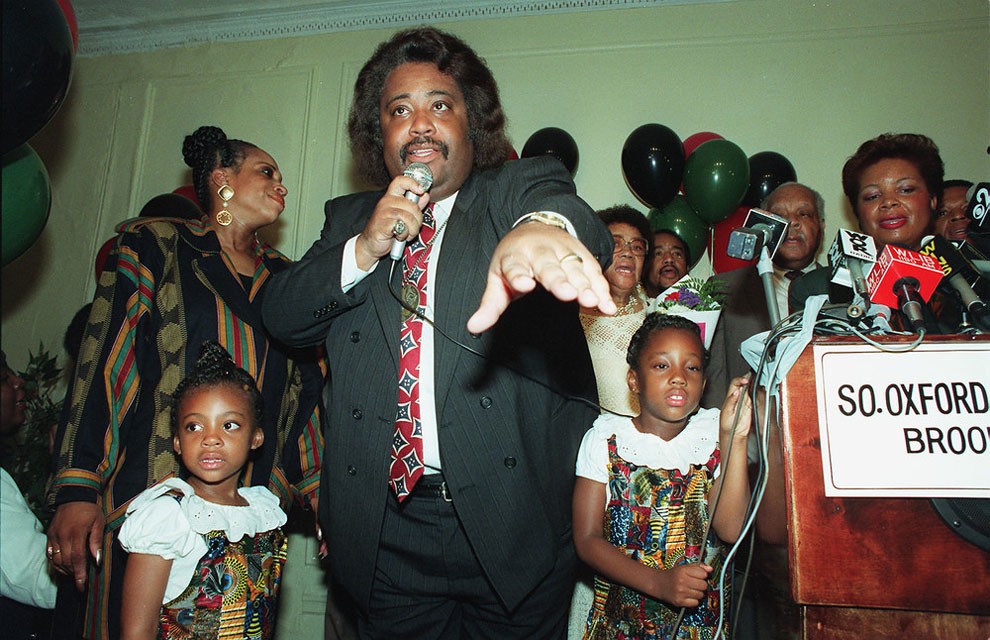 The Rev. Al Sharpton reaches out to supporters after finishing a surprising third in the U.S. Senate primary in New York City, Tuesday night on September 16, 1992. He is flanked by his daughters Ashley, 5, left, and Domenique, 6, right. (Photo by Andrew Savulich/AP Photo) 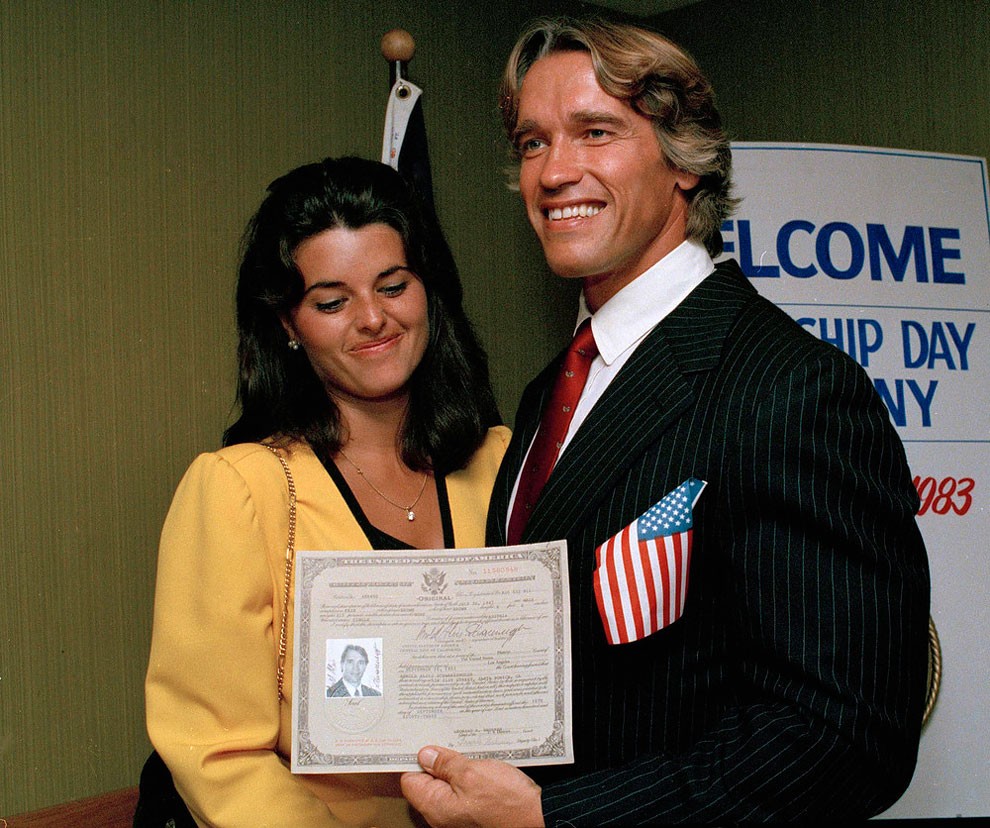 In this September 16, 1983 file photo, actor and bodybuilder Arnold Schwarzenegger shows off his new U.S. citizenship papers as Maria Shriver, daughter of Sargent and Eunice Shriver, looks on at the Shrine Auditorium in Hollywood, Calif. (Photo by Wally Fong/AP Photo) 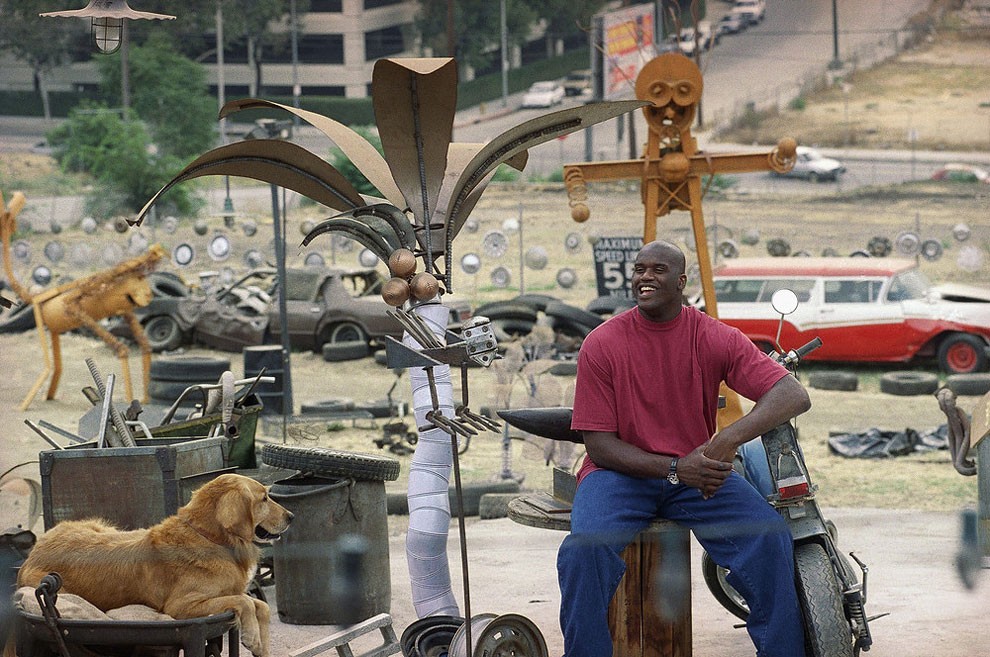 Shaquille O’Neal smiles next to Clovis the dog, during the filming of the Warner Bros. film “Steel” on a set made to look like a junkyard in downtown Los Angeles on Monday, September 16, 1996. O’Neal stars as the superhero Steel in the film which is due to be released in Oct. 1997. (Photo by Nick Ut/AP Photo) 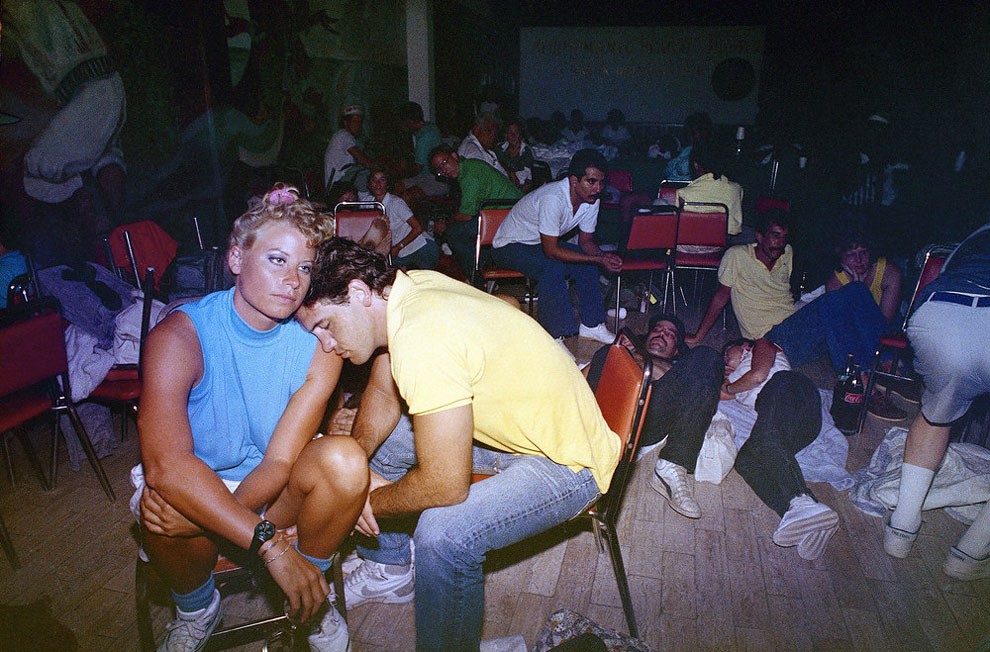 Tourists Gail Graham and David Robison in a storm shelter in Cancun on Wednesday, September 16, 1988 after being evacuated from their beach-side hotel. Hurricane Gilbert stranded thousands as it swept thru the Yucaten peninsula. (Photo by John Hopper/AP Photo)

These Photos Will Blow Your Mind – Russia In The 90s Through The Lens With French Photographer Lise Sarfati
These Black and White Architecture Photos by Alessio Forlano Show the Unseen Perfection of Buildings We Pass on the Daily
Inside of Blizzard's Office
A Collection of Fabulous Potato-Themed Real Photo Postcards From the Early 20th Century
A Photographer Travels Across India To Show How Beautiful And Diverse Local People Are, And We’re Mesmerized
The Best Wedding Photos Of 2018 Show What Happens When You Pay For A Good Photographer
Around The World In Black & White: Existential Travel Photography By Fred Tougas
Photo of Holden Crater on Mars
Photographer Elaine Li Captures Beautiful Pictures Of Urban Landscapes In Unusual Ways
Bizarre Details Enliven Seemingly Simple Moments in Photographs By Ben Zank
Amazing Black and White Winning Images of The WildArt POTY Monochrome Competition
The Nissan Production Line
Gorgeous Photos Make Star Wars Toys Look Like Real, Life-Sized Ships
Mushroom, UFO or Superstorm?
Winners & Finalists Of Street Photography Awards 2021
Jack London’s Extraordinary Photos of London’s East End in 1902
Two Look Books, Two Countries, Two Minds: Akomplice in Brazil Summer Lookbook
A Daredevil Photographer is Determined to Capture London in a Whole New Light – by Scaling the City’s Many Rooftops
BigPicture Wildlife Images Competition 2017 Winners
Jodie Foster Holding a Lamb in a Promo Shoot for "The Silence of the Lambs"
"A Better America" - Nostalgic Color Photos Document Beautiful Life Of Florida In The 1950s
Thousands Of Twins Descend Upon Ohio For The 40th Annual Twins Days Festival
Spectacular Winning Images of The Tokyo International Foto Awards 2020
Rainbow Babies: Photo Gives Hope To Expecting Mothers Who’ve Had Miscarriages And Stillbirths
photos, september