Life Before The Taliban: Photos Show Afghanistan Before It Plunged Into Hell

In 1967, Dr. William Podlich took a two-year leave of absence from teaching at Arizona State University and began a stint with UNESCO (United Nations Educational, Scientific and Cultural Organization) to teach in the Higher Teachers College in Kabul, Afghanistan, where he served as the “Expert on Principles of Education.” His wife Margaret and two daughters, Peg and Jan, came with him. Then teenagers, the Podlich sisters attended high school at the American International School of Kabul, which catered to the children of American and other foreigners living and working in the country.

Outside of higher education, Dr. Podlich was a prolific amateur photographer and he documented his family’s experience and daily life in Kabul, rendering frame after frame of a serene, idyllic Afghanistan. Only about a decade before the 1979 Soviet invasion, Dr. Podlich and his family experienced a thriving, modernizing country. These images, taken from 1967-68, show a stark contrast to the war torn scenes associated with Afghanistan today. 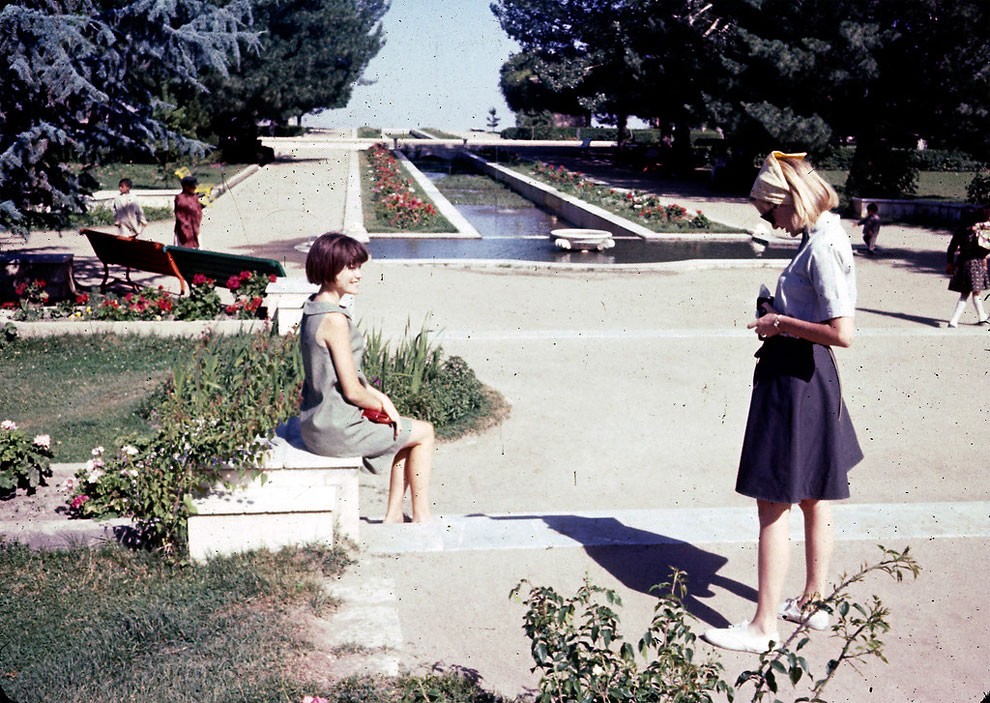 Jan (left) and Peg (right) Podlich at Paghman Gardens, which was destroyed during the years of war before the 2001 U.S. invasion of Afghanistan. 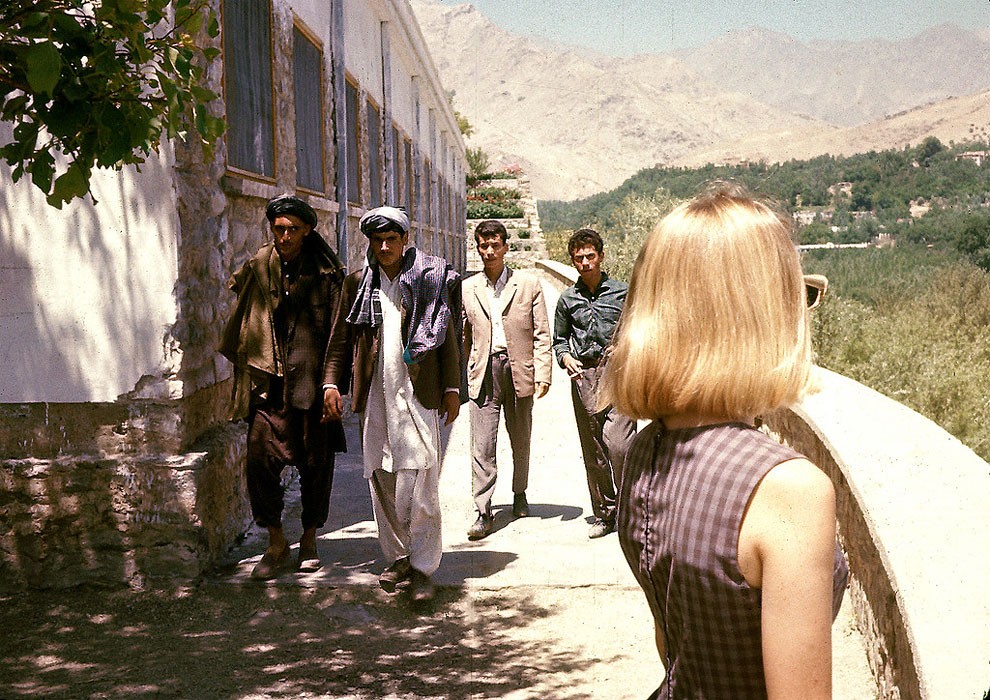 A blonde Peg Podlich pictured in Kabul, shortly after arriving, as locals walk past. 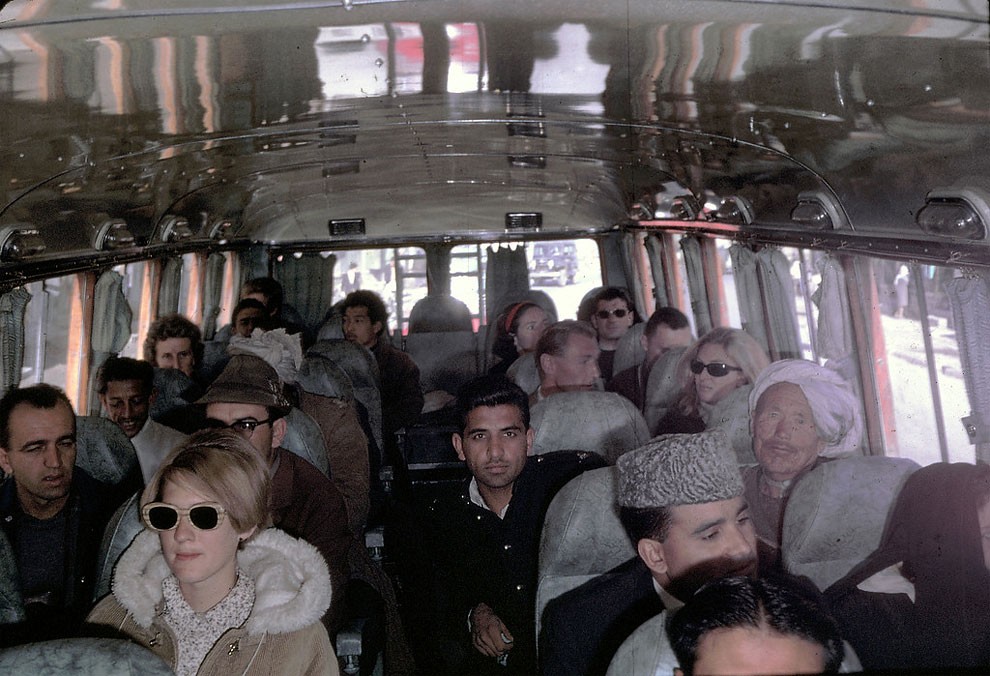 Peg Podlich, in the sunglasses, taking a family trip on a bus from Kabul to Peshawar in Pakistan. 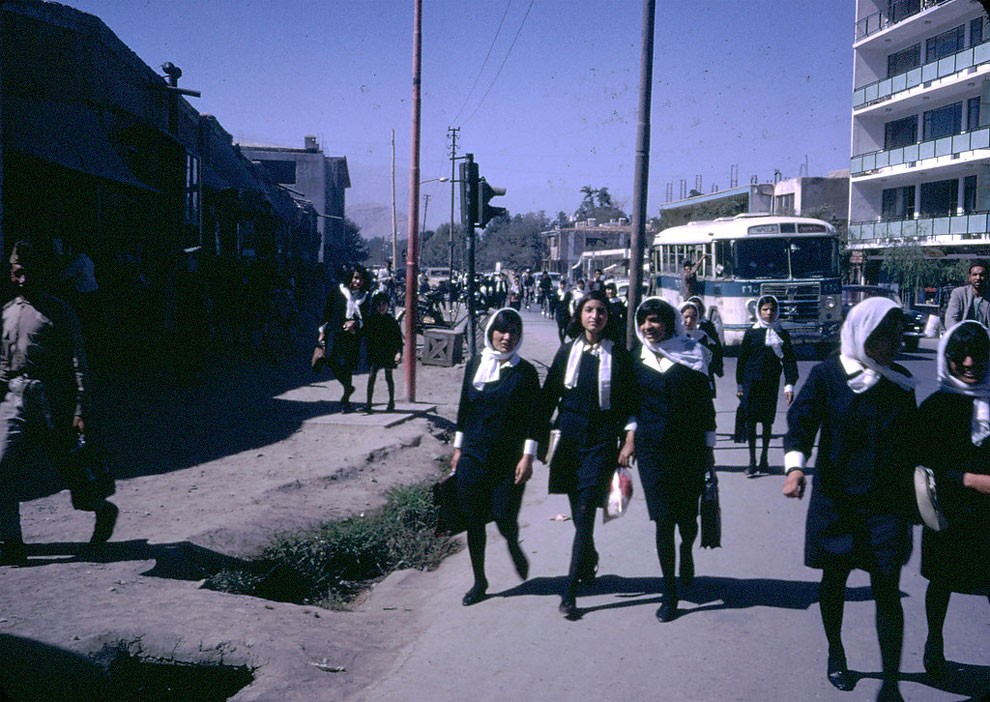 Pictured are Afghan girls coming home from school. The girls, as well as boys, were educated up to the high-school level, and although both sexes wore uniforms, the girls were not allowed to wear a chadri on their way to secondary school. Able young women attended college, as did the men. 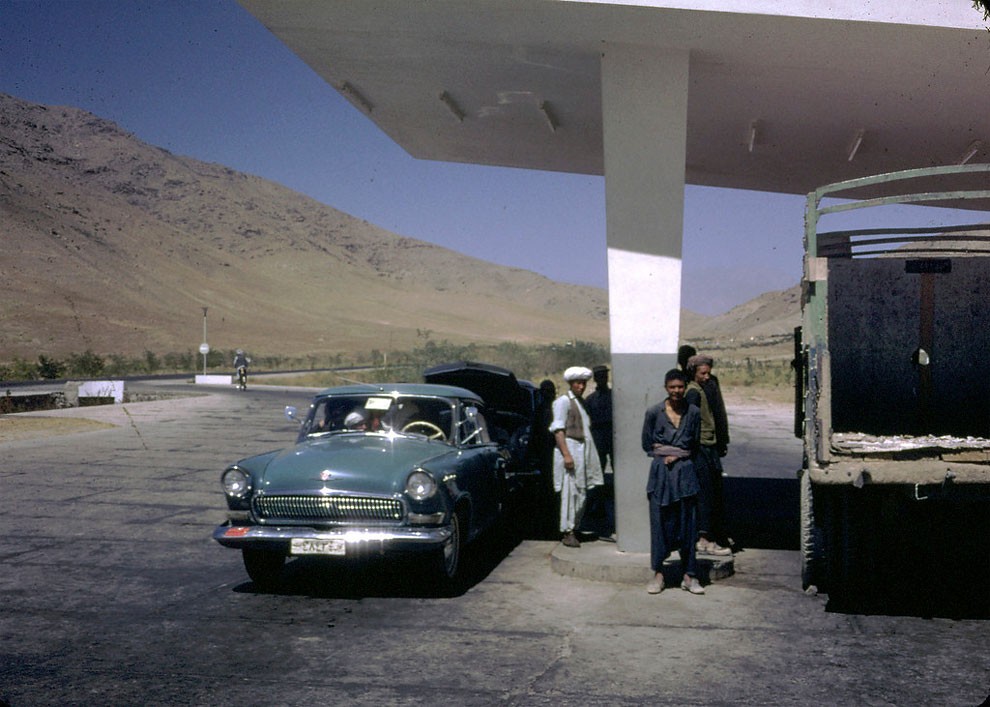 Men stand next to their parked vehicles in a petrol station, with the rolling landscape visible behind them in the distance. 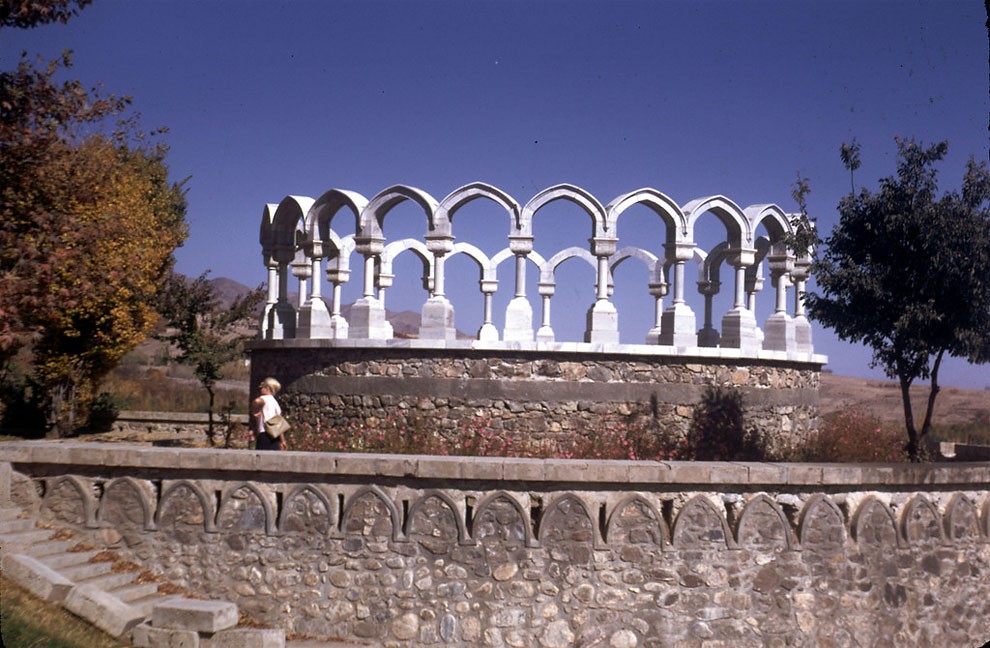 One of the places that the family saw during their two-year stay was King’s Hill in Paghman Garden, pictured here in the sunshine. 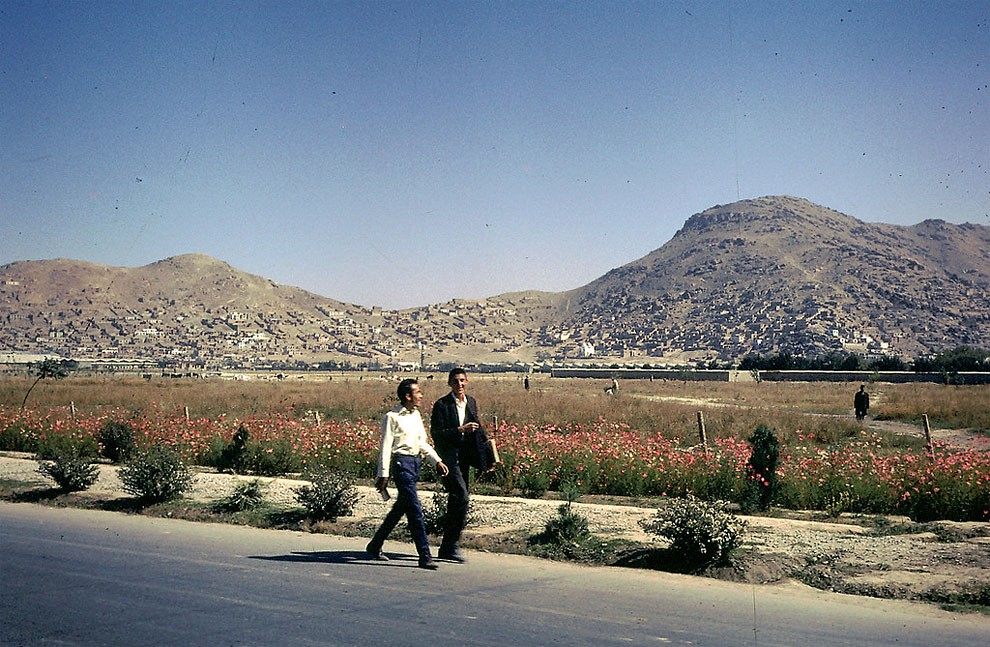 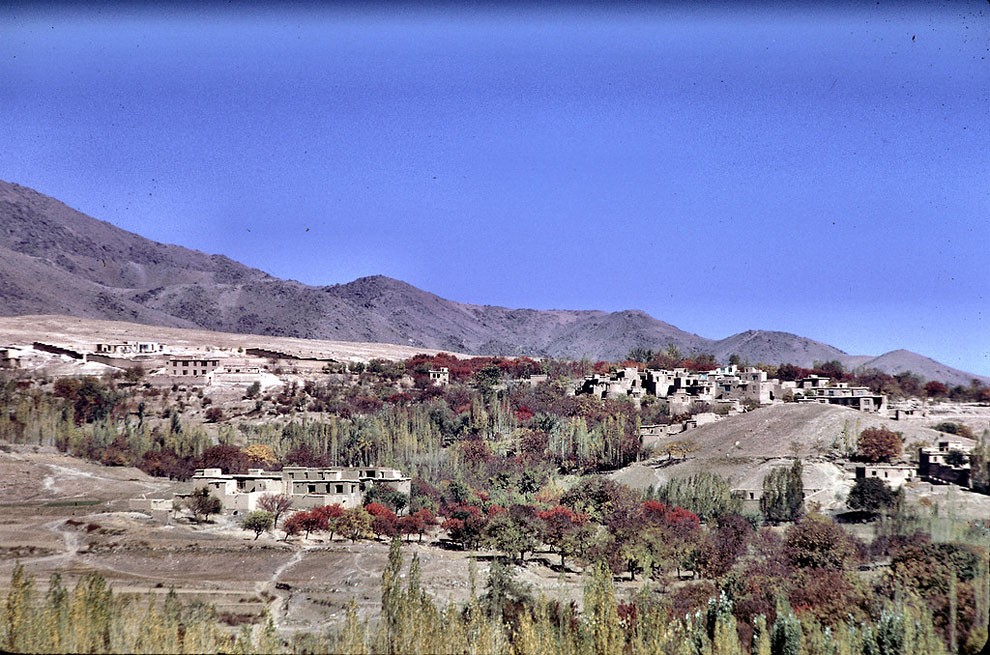 A captivating residential hillside in Kabul is adorned by brightly coloured trees and foliage. 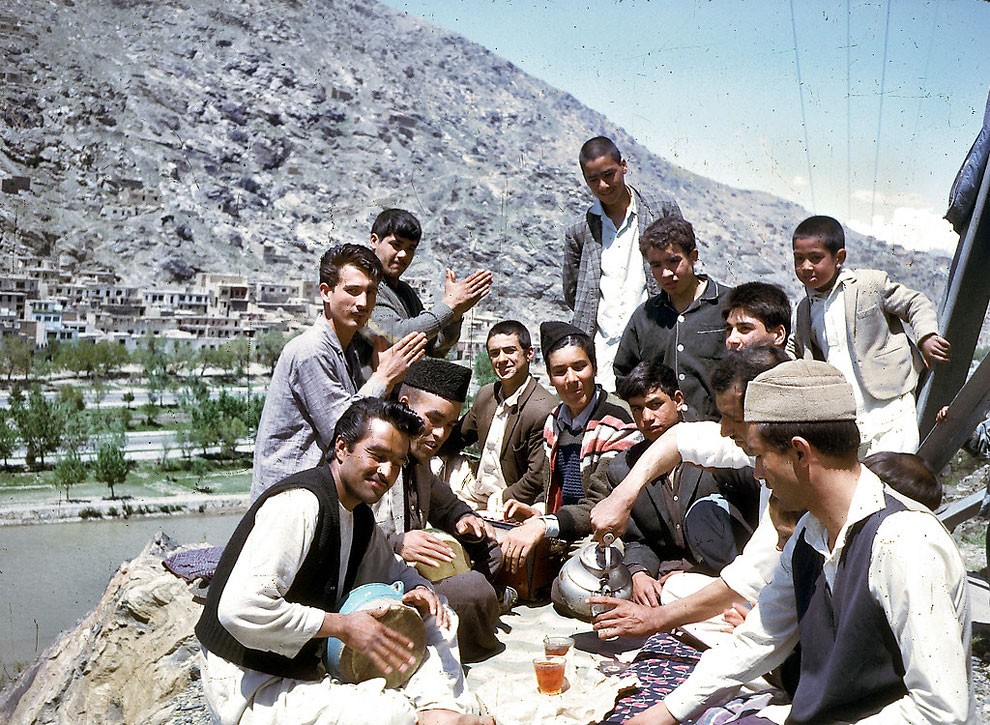 Picnic In Afghanistan shows a group of young Afghans sharing tea and music in their free-time. 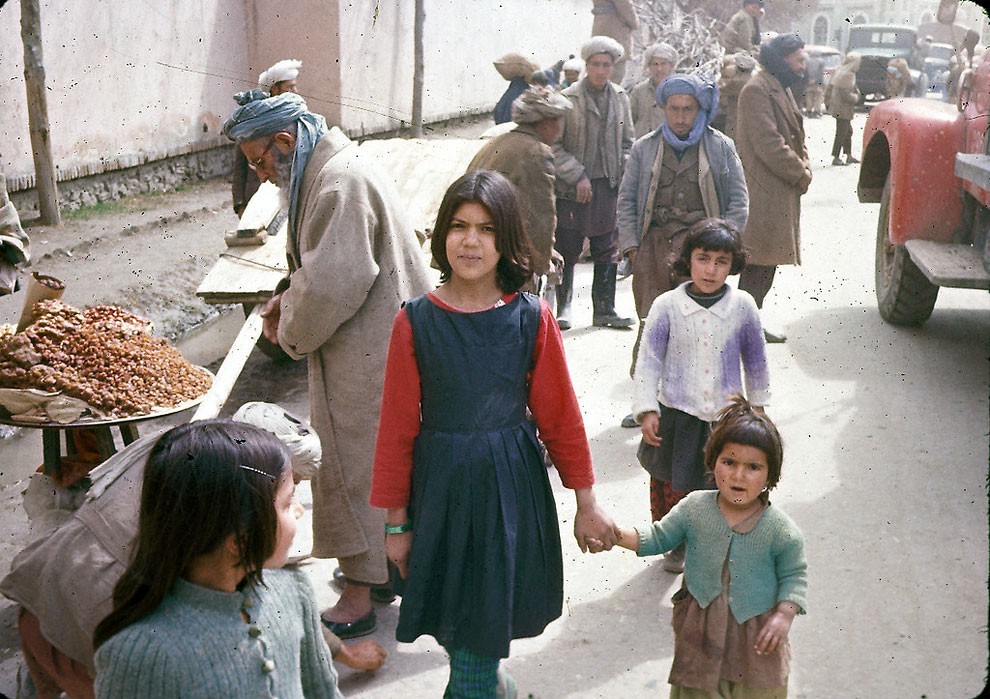 Two colourful sisters, hand in hand, pose for a photograph in Kabul, surrounded by trading locals. 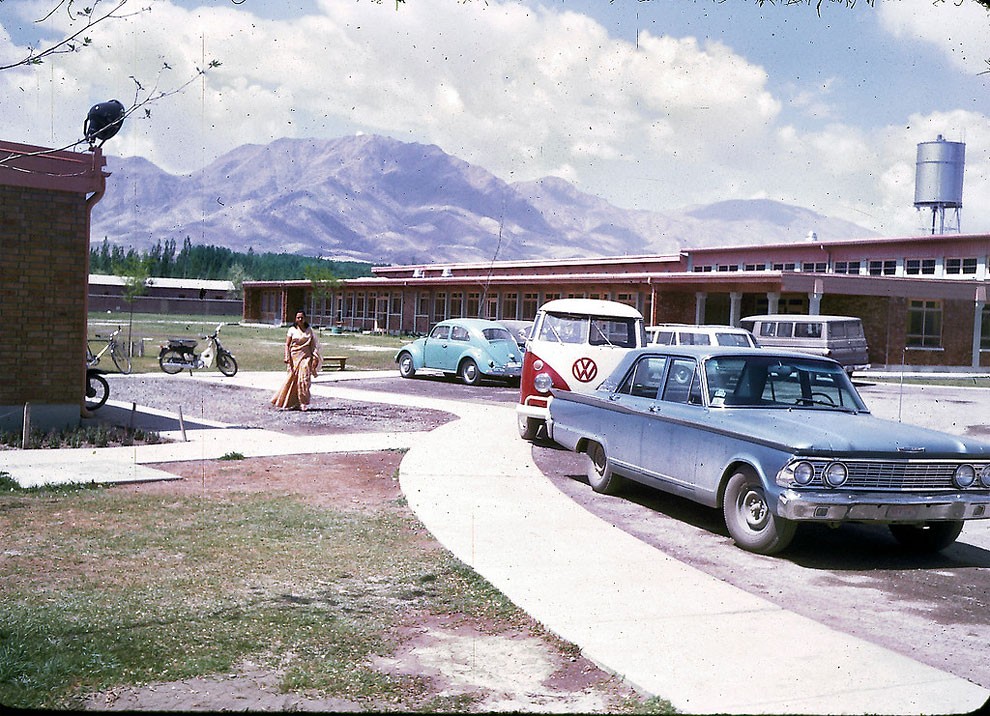 A car park of the American International School of Kabul, which the Podlich girls attended. The school no longer exists, although alumni stay in touch through Facebook and hold reunions every few years at different cities around the U.S. 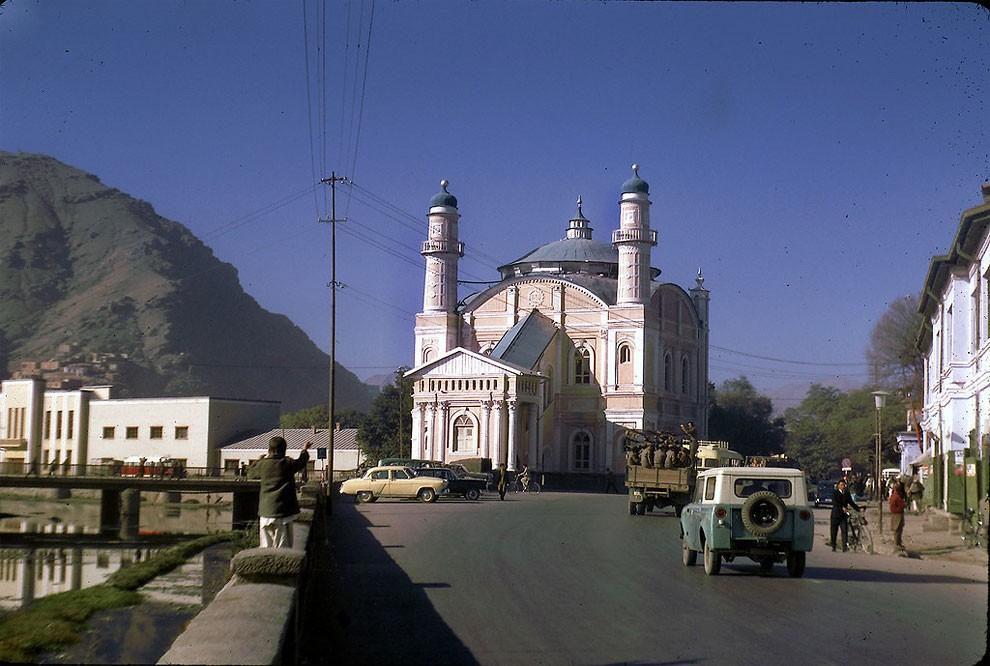 Pictured is Masjid Shah-e-do Shamsheera in Kabul, which is a yellow two-story mosque in the centre of the city. 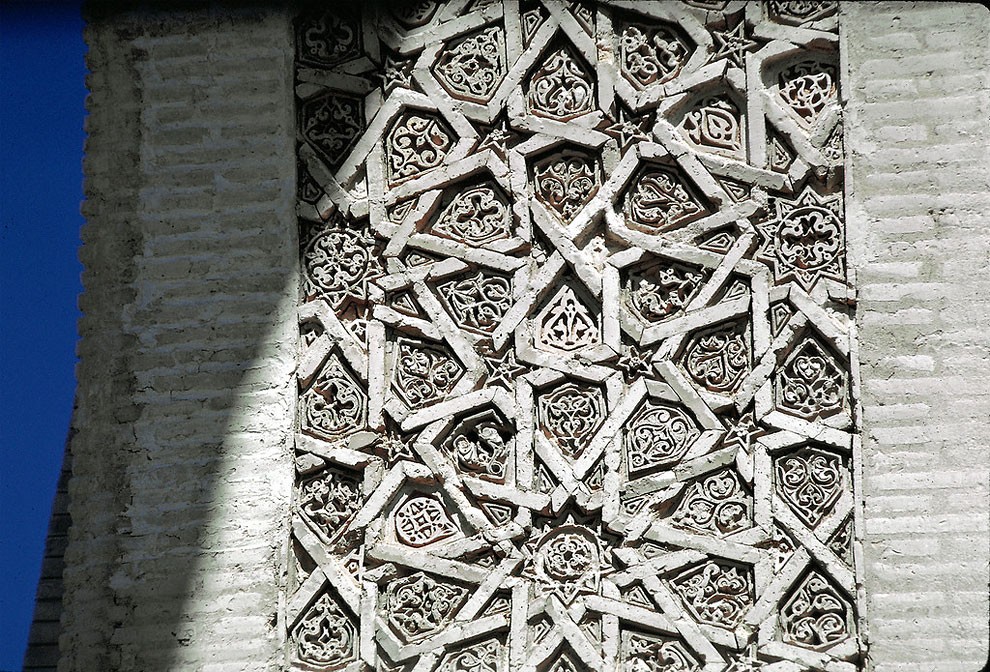 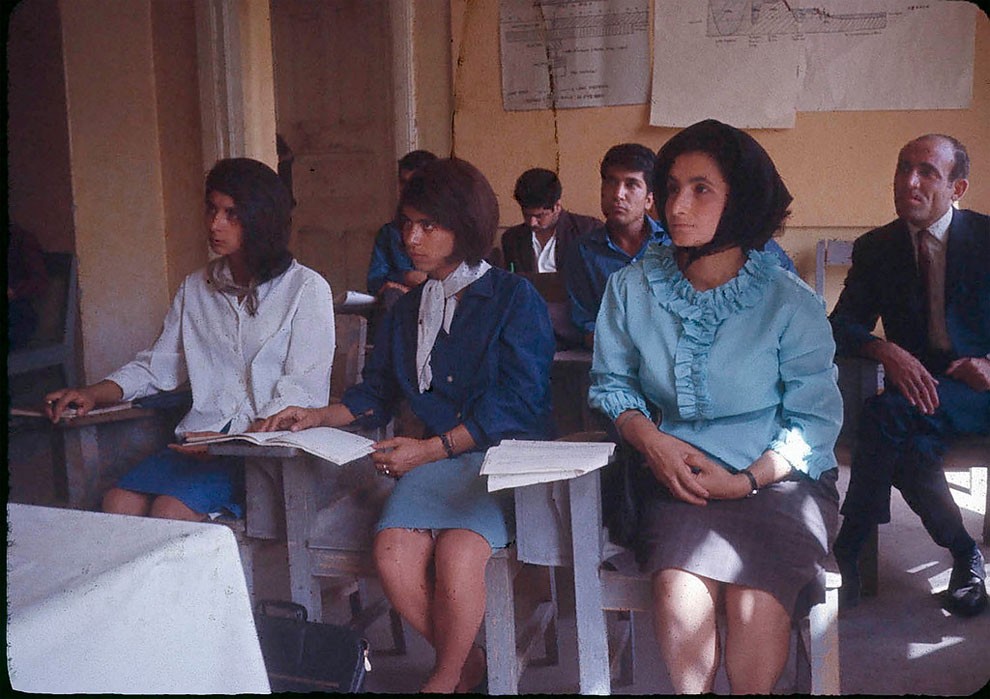 Students at the Higher Teachers College of Kabul where Dr. Podlich, the photographer, worked and taught for two years with the United Nations Educational, Scientific and Cultural Organisation. 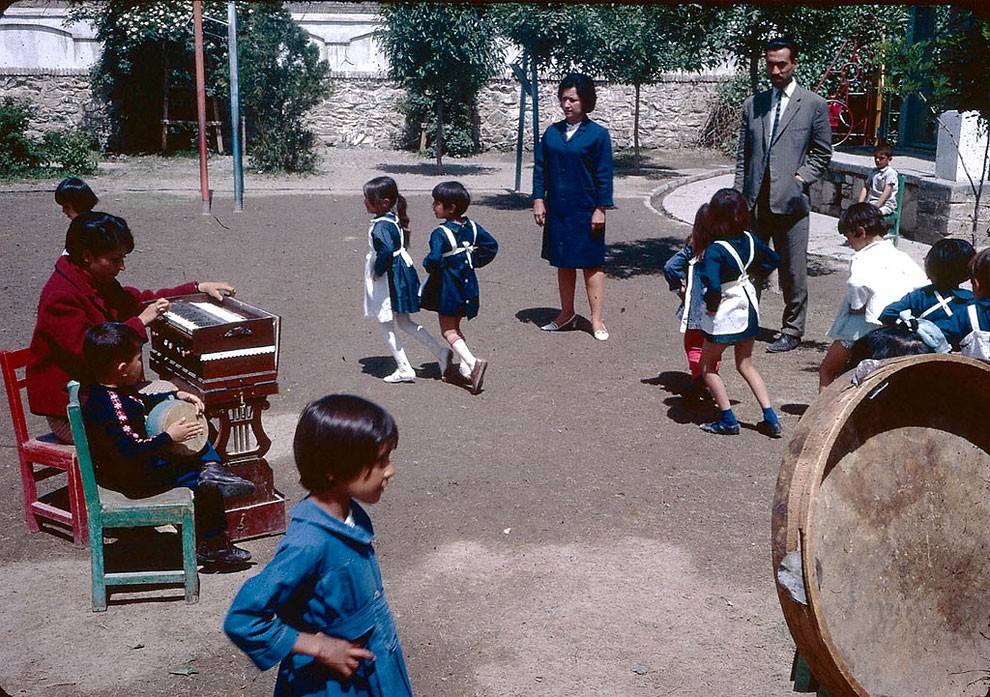 Young students in blue uniforms can be seen dancing to music in a school playground. 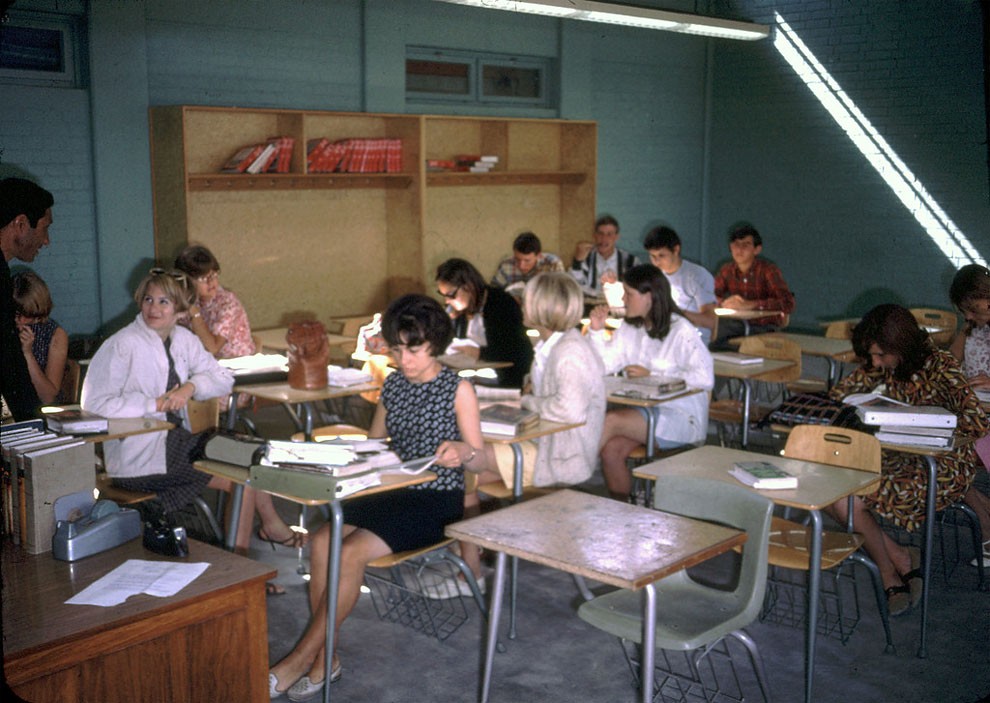 A class at the American International School of Kabul where Peg and Jan attended. After class the girls were supervised by Indian ladies wearing saris, and were driven with about 20 students back through Kabul. 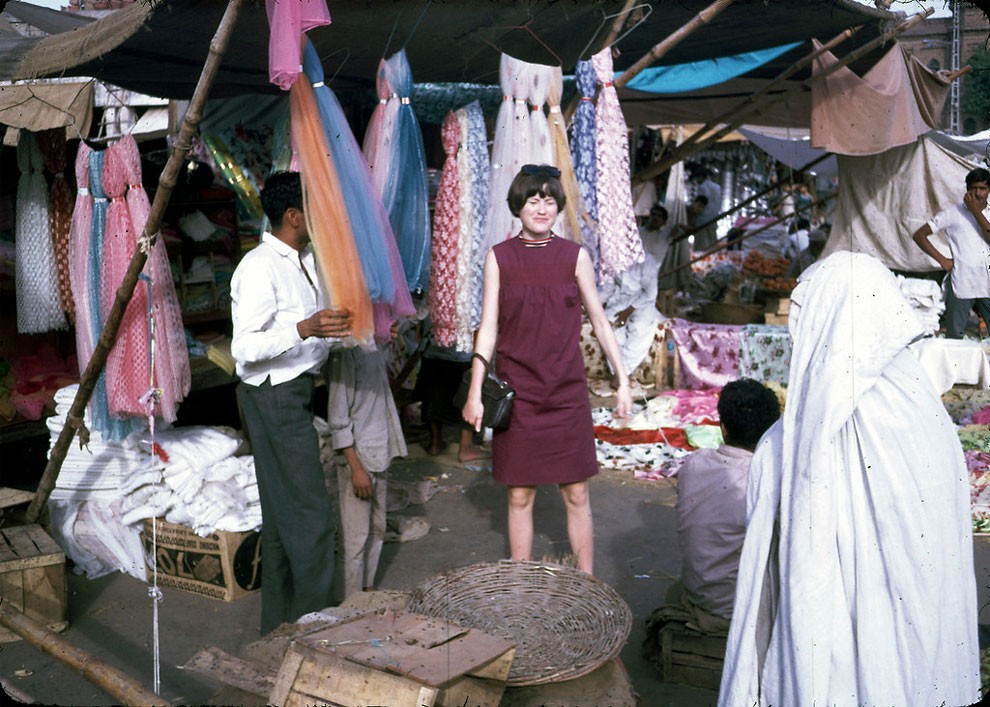 One of Dr Podlich’s daughters, Jan, smiles during a trip to Istalif, a village 18 miles northwest of Kabul. 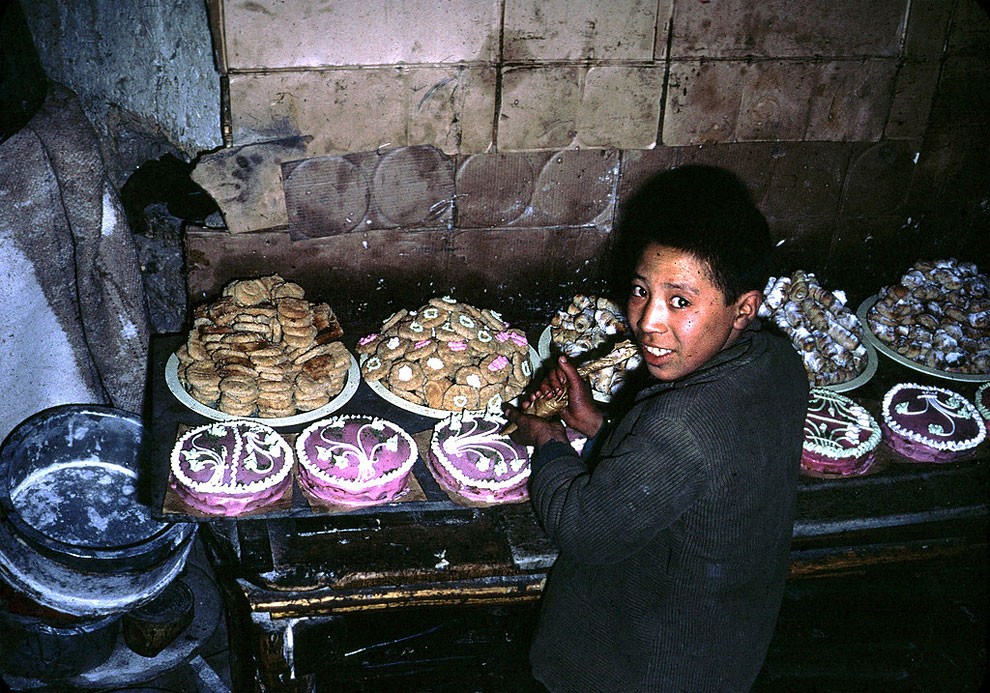 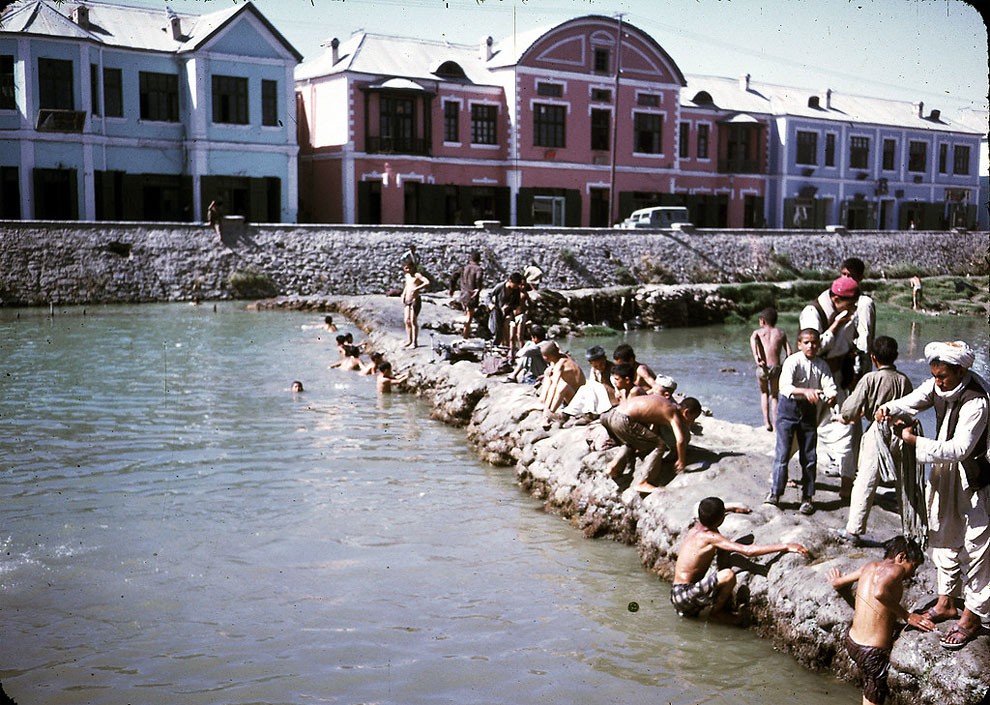 Men and boys playing, washing and swimming in the waters of the Kabul river. 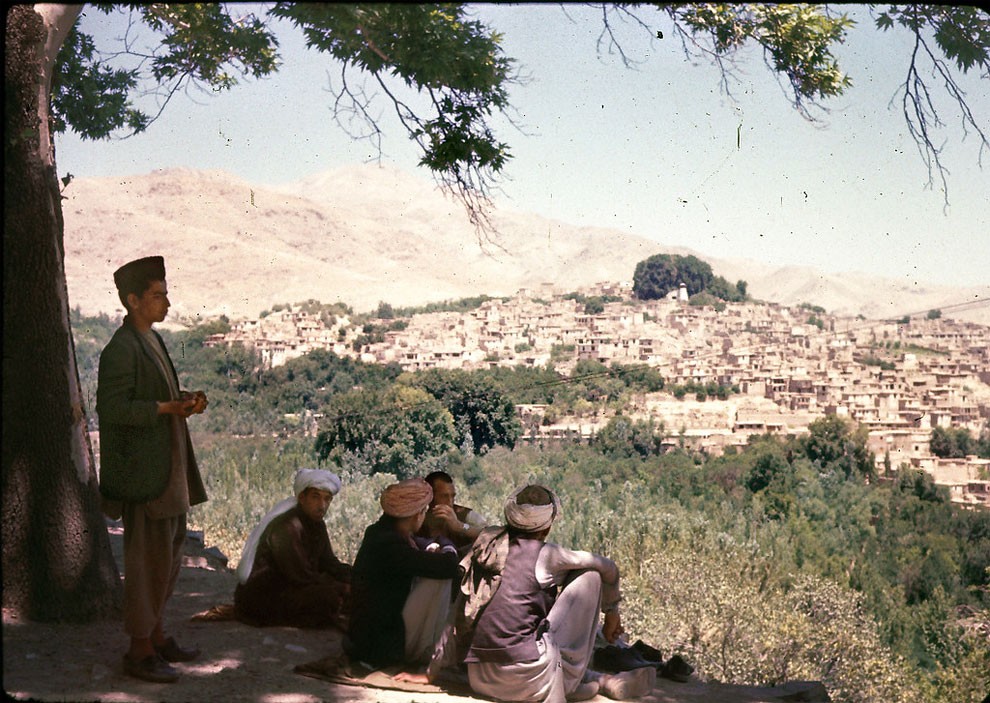 Men relax in the shade overlooking Istalif, a centuries-old centre for pottery, located northwest of Kabul. 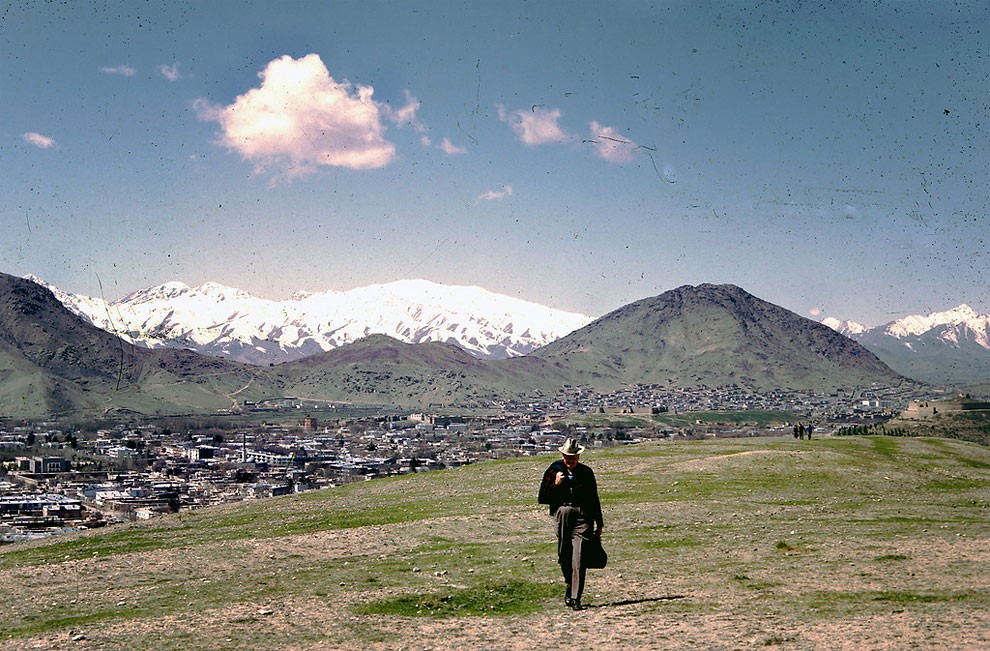 The idyllic images were captured in 1967, when the teacher (pictured) teemed up with Unesco to work in the Higher Teachers College of Kabul.

"Requiem For Pianos": Photographer Travels The Globe Taking Eerie Pictures Of Abandoned Pianos
Stylish New Yorkers Pose For Portraits With Their Bikes
Nonstop Metropolis: Magical Photos Of New York City By Sidney Chua
Failed Animals Panoramic Photos That Are Worse Than You’d Think
The Unique Hairstyles of Jean-Michel Basquiat
This Is Known To Be The Only Photo Of Van Gogh As An Adult
Fantastic Photos of the USSR in the 1950s You Haven’t Seen
How People Look After 1, 2 & 3 Glasses Of Wine
"Somewhere On Earth": Mystical And Fascinating Photo Series By Syl Nial
This Guy Shot 50,000 Pics To Make An 81MP Photo Of The Moon
2014 National Geographic Photo Contest, Week 4
Here Are The 30 Best Photos That NASA’s Curiosity Has Taken After 7 Years On Mars
"Europe From Above": Striking Drone Photography By Ewout Pahud de Mortanges
The Road to Auschwitz: 70 Years After Liberation
Ryota Kajit Captures Amazing Photos Of Natural Ice Formations In The Waters Of Alaska
Marvelous Beauty And Lifestyle Portraits By Consuelo Sorsoli
This Guy Shoots Awesome Wildlife Photography... From His Bedroom
"Sometimes Blue and Cold, Sometimes Hot and Intense"
It's Ginkgo Time
Couple Celebrates 40th Anniversary By Recreating Their Wedding Pics From 1975
Astonishing Fairy Tale Photos Help Sick Kids Enjoy Magic Moments
The Monster Building: Photographer Tristan Zhou Captures Epic Photos Of Dystopian Asian Cityscapes
The Egg Driver
Danish Photographer Captures Atmospheric Images of the Hyllie Water Tower Covered with a Morning Fog
afghanistan, before, photos, plunged, taliban