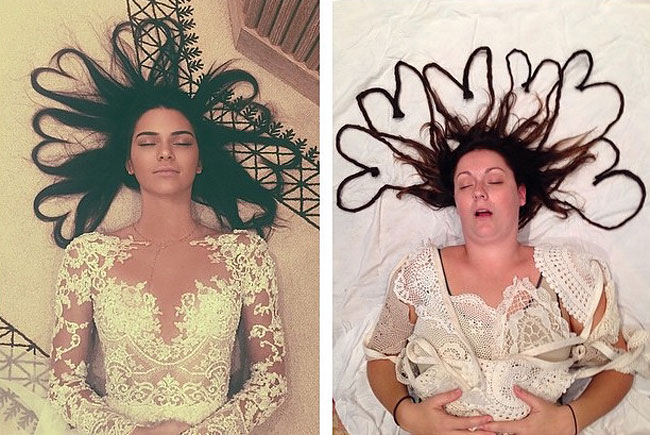 Comedian Celeste Barber set out to prove that while celebrity Instagram photos may be interesting to look at and admire, they aren’t always realistic. She created the #CelesteChallengeAccepted project that follows her as she attempts to recreate some of the most unique social media snapshots of famous actors, musicians, and TV personalities. “Some celebrities on Instagram seem to think we non-rich, non-privileged people are idiots and believe that what they are posting is real,” the comedian told BuzzFeed. “I wanted to try to show how ridiculous it would be for a ‘normal’ person to recreate some of these photos.” 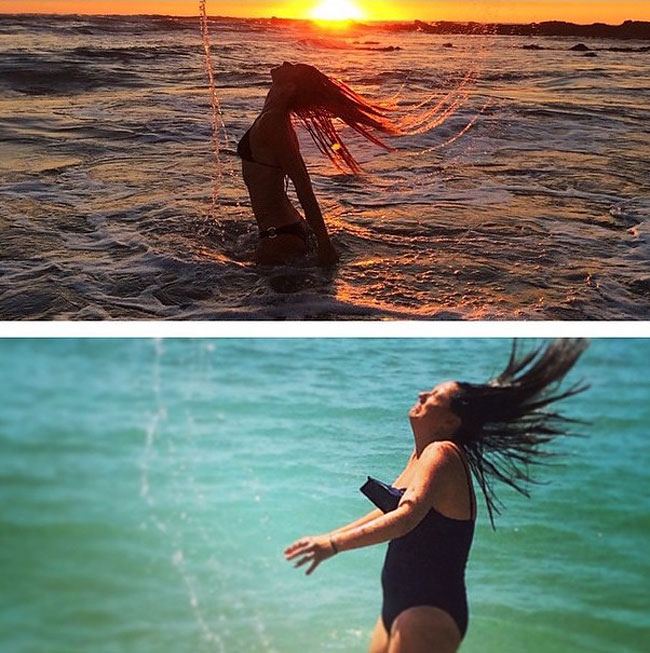 In the end, Barber not only accomplished her comedic goal, she also inspired many of her followers to take a second look at the images that often make them feel not-so-great about themselves. 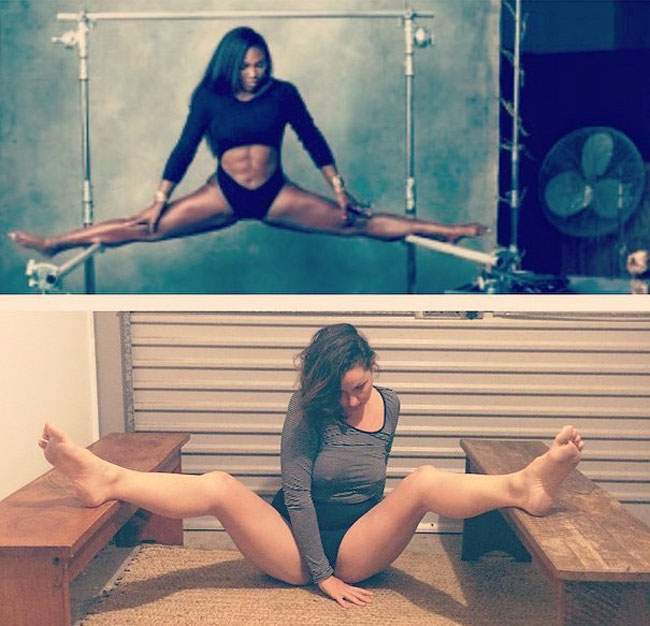 “I get a lot of really positive feedback, like ‘Thanks for making me not feel so sh*t about myself’, and ‘Thanks for keeping it real,'” she says. 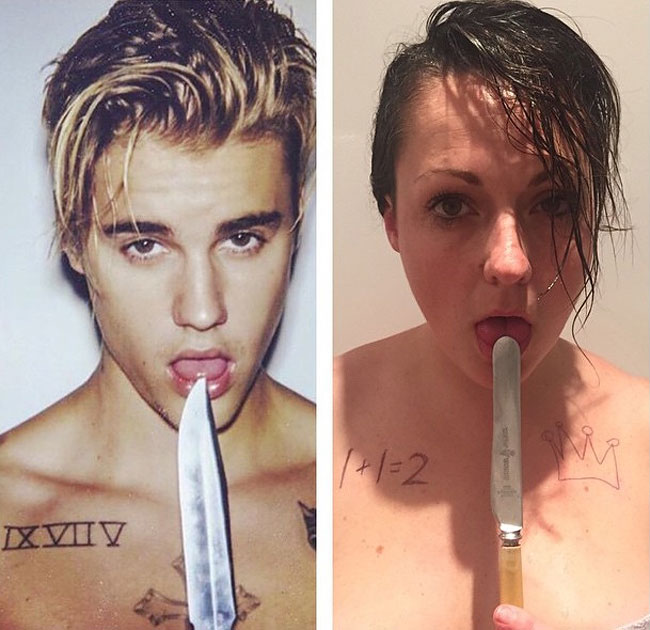 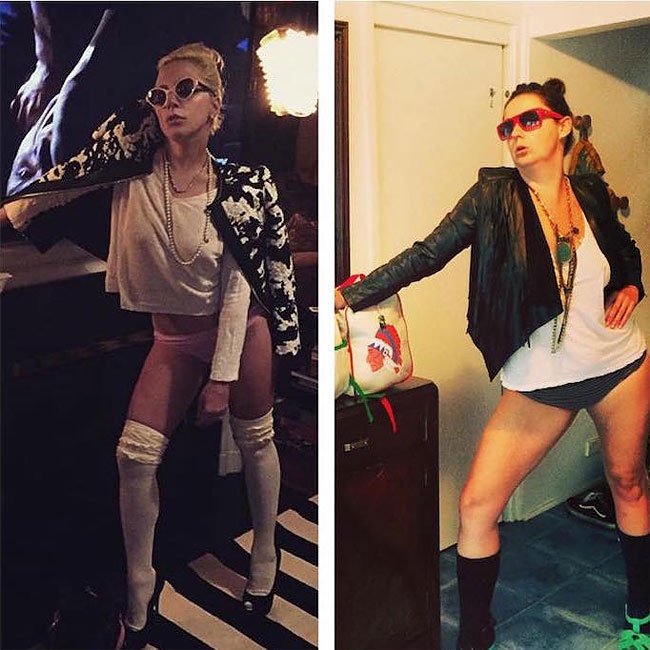 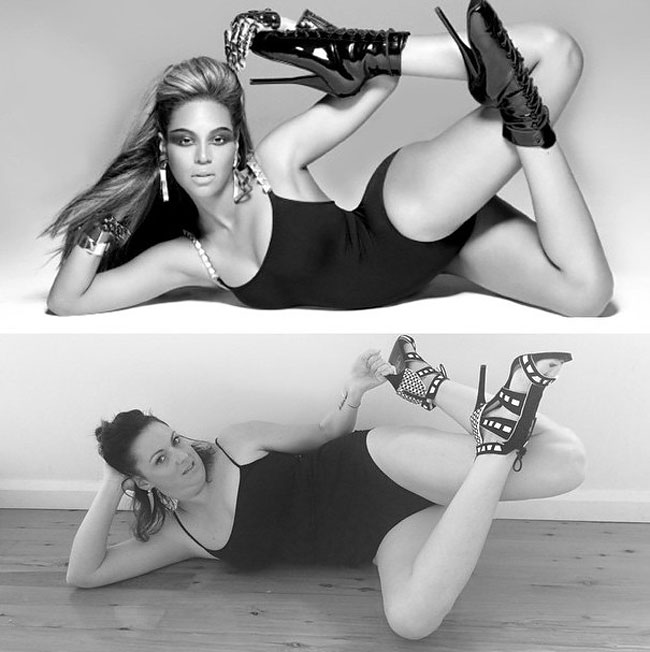 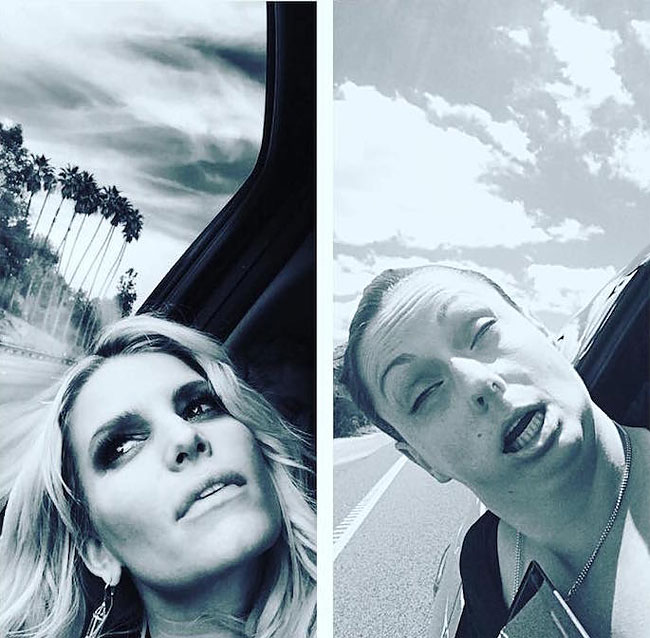 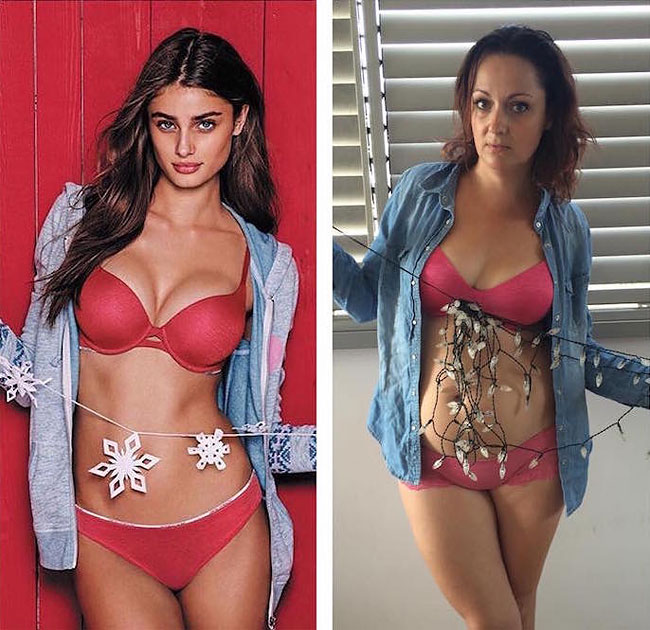 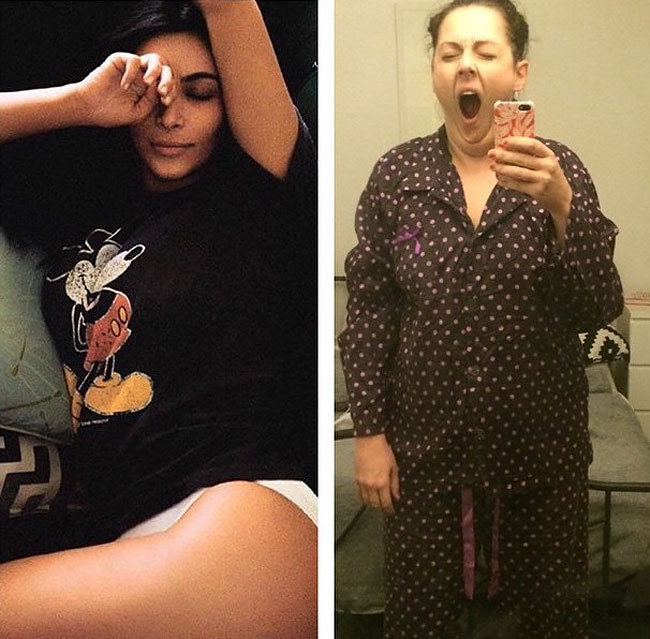 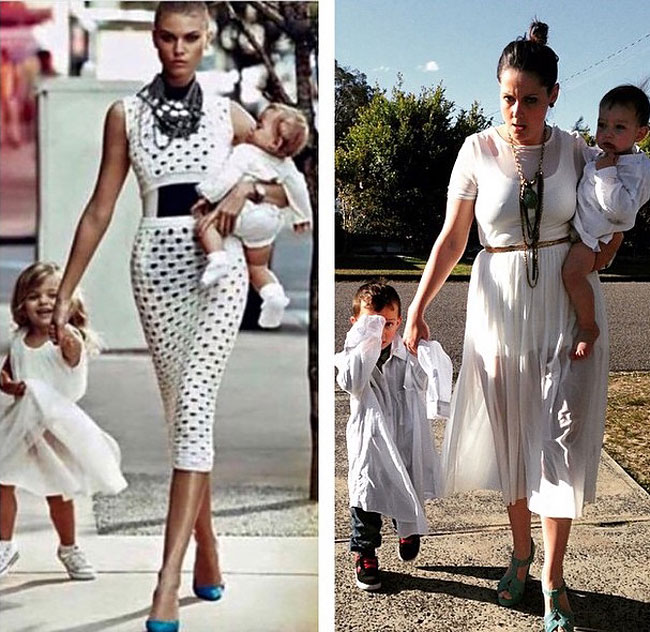 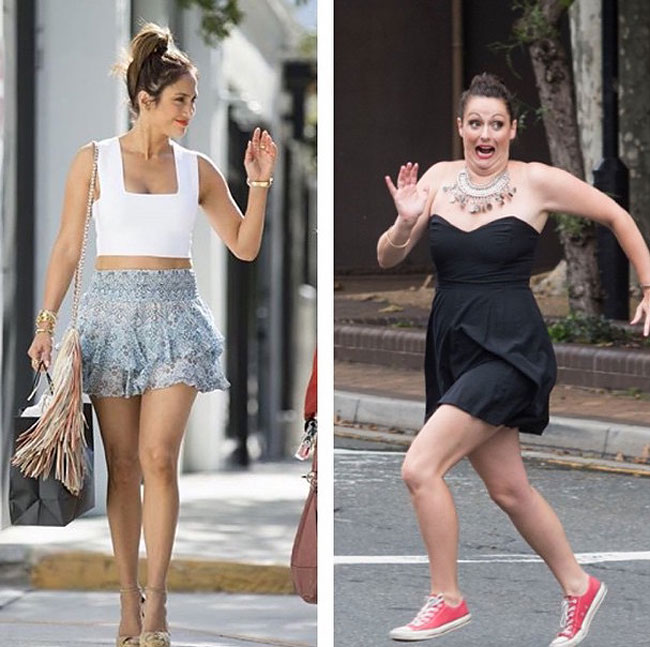 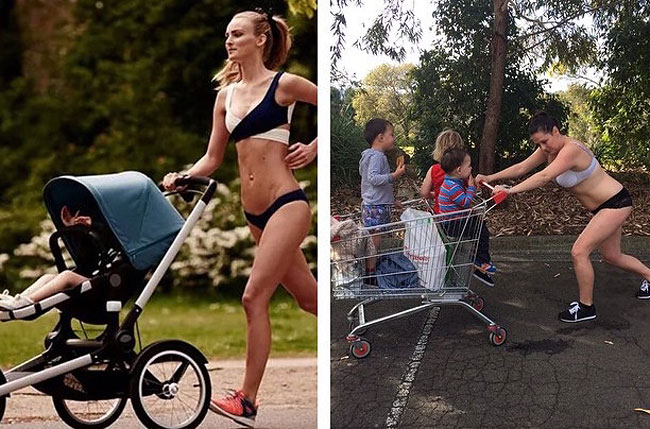 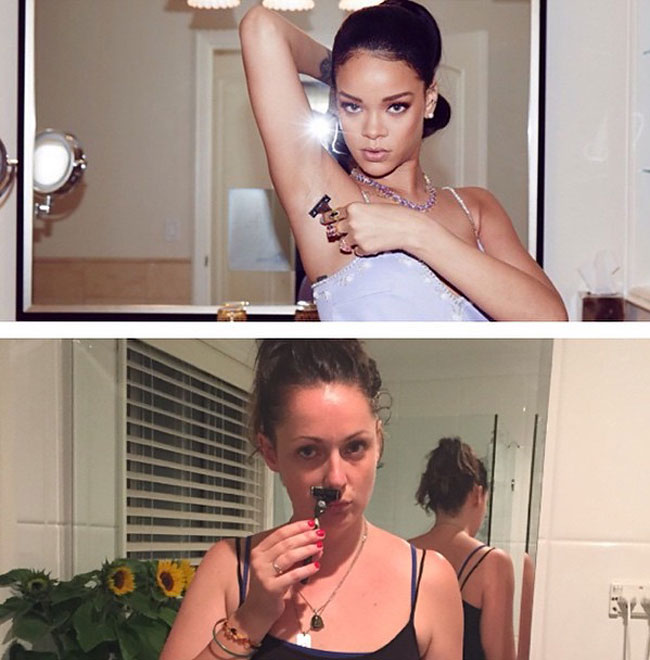 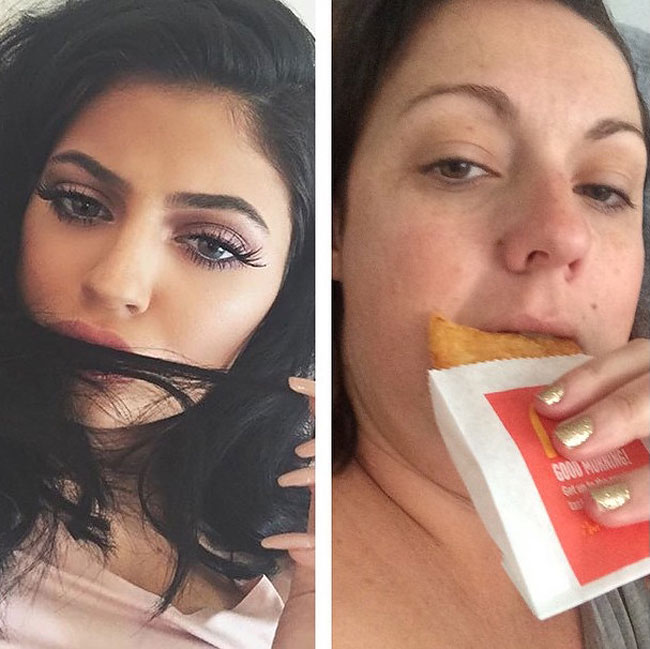 Fascinating Vintage Photos Of Playboy Playmates Posing With Classic Cars
Winning Photographs from The World of Water Competition
Beautiful Pictures of Female Surfers as They Plunge Beneath the Ocean Waves
Transforming Subway Passengers Into Renaissance Paintings
Photographer Zachariah Epperson Captures The Magical World Of Ballet And Dancers
Beautiful Monica Bellucci And Her Never-Before-Seen Pictures
The Whimsical Faces of Artist Ayran Oberto
Photographer Robert Ogilvie Perfectly Captures The Heart And Soul Of San Francisco
Serbian Barber Trims Celebrity Portraits On Customers’ Heads
This Photographer Doesn’t Just Take Women’s Portraits. She Makes Them Believe In Themselves
Model's Underwater Shoot with Whales
Beit Shemesh Yoga Studio for Ultra-Orthodox
Ready To Escape Whenever You Are: Moody And Cinematic Street Photography By Billy Dee
Golden Globes 2020: Discover The Sumptuous Portraits Of The Winners
Photographer Captures Otherworldly Light Pillars In Northern Ontario
Photographer Captures Fantastic Photos of New York Reflected in Glass
Apple Highlights Best Photos Shot On iPhone Around The World
Cuong Nguyen Uses The Streets As A Canvas For His Incredibly Realistic Chalk Portraits
When Eight-Year-Olds Worked The Streets: Lewis Hine's Beautiful Vintage Portraits Of Young Workers In America
"Metamorphosis of Self": Photographer Erika Zolli Creates Surrreal Representations of Herself
Thousands Of Twins Descend Upon Ohio For The 40th Annual Twins Days Festival
Awesome Behind The Scenes Photos From The Making Of "Halloween"
Photographer Captures Stunning Portraits Of Her Cat Through The Seasons
One Photographer’s Quest To Bring Space Down To Earth While Protecting The Environment
hilarious, parody, popular, portraits, recreate, woman