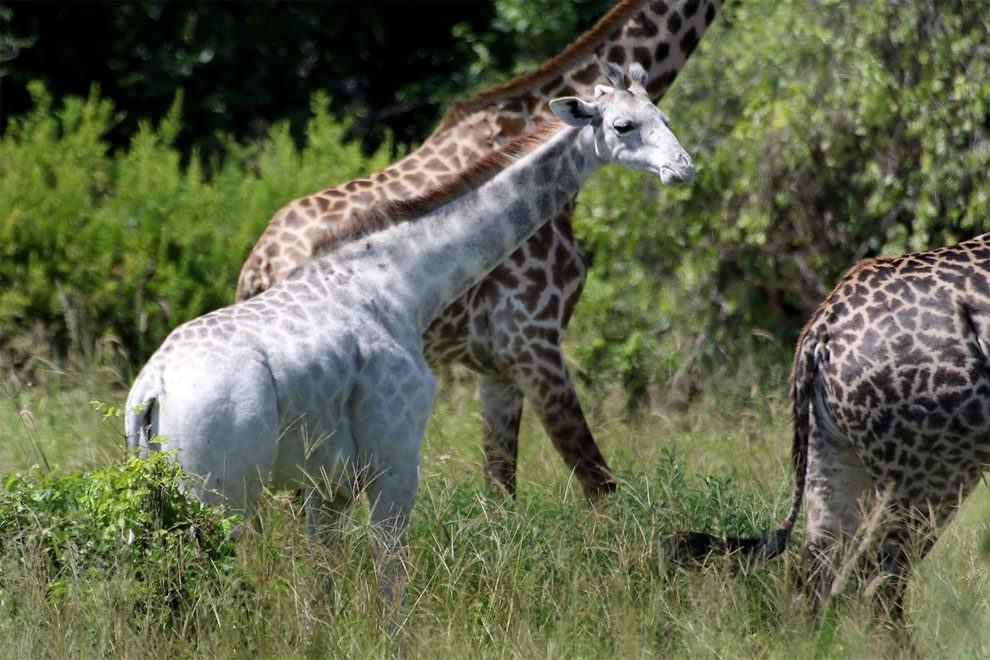 Omo the giraffe is fifteen months old. She has survived her first year despite being born with leucism – a condition which means only some of her skin cells can make pigment, which gives her almost white skin. She was photographed by Dr Derek Lee, founder and scientist at the Wild Nature Institute, whilst she was roaming the Tarangire National Park, in Tanzania. 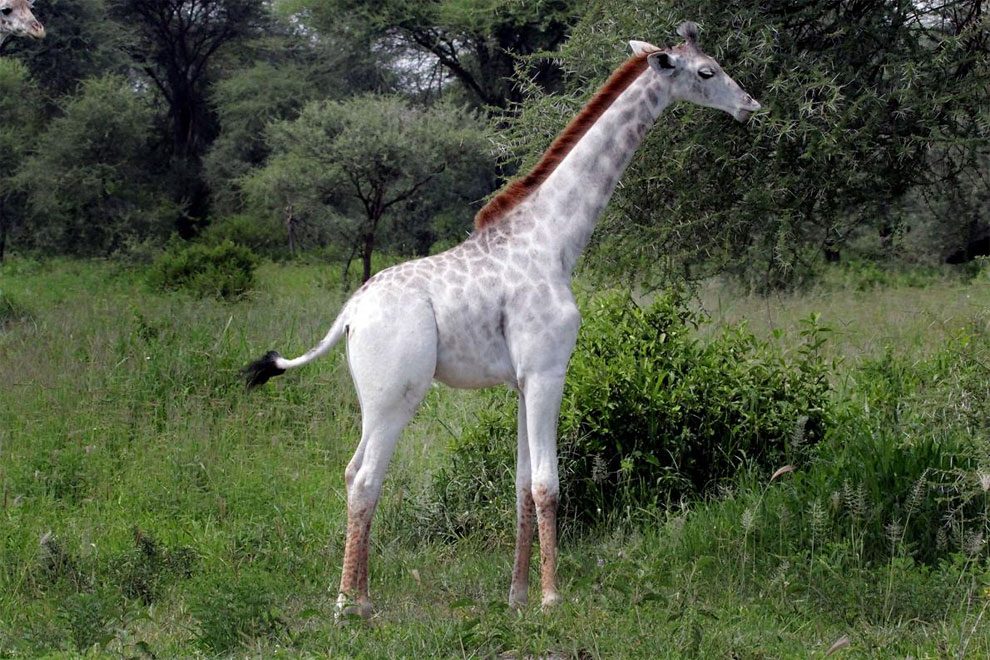 Dr Lee said, “Omo appears to get along with the other giraffes, she has always been seen with a large group of normally coloured giraffe – they don’t seem to mind her different colouring. Omo is now 15 months old – she survived her first year as a small calf, which is the most dangerous time for a young giraffe due to lion, leopard and hyena preying on them.” 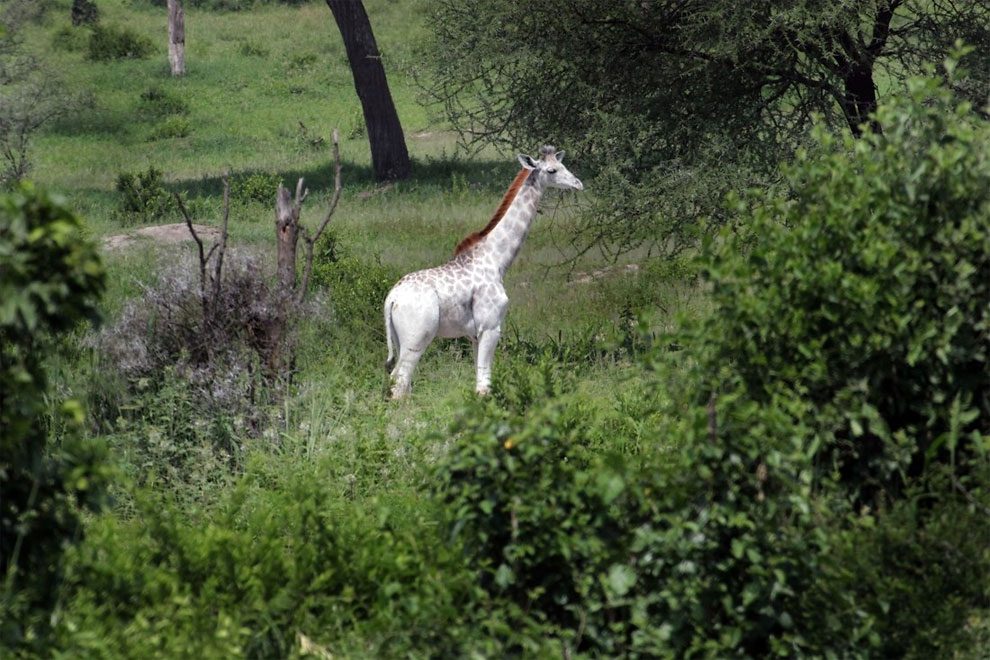 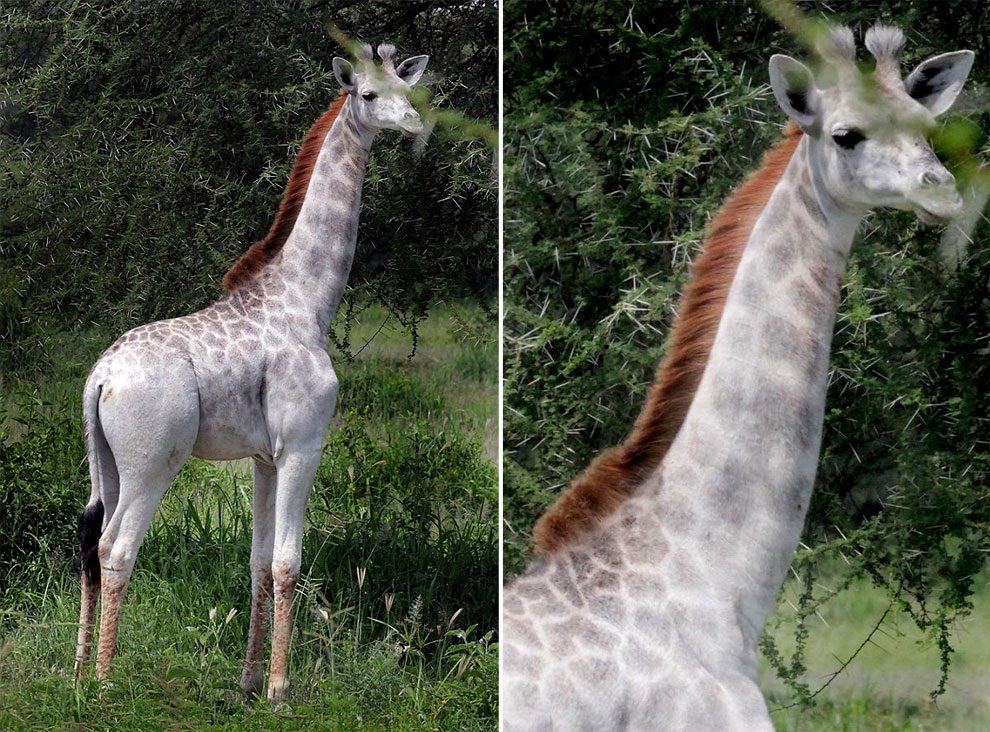 Yoga Is All The More Appealing When Baby Goats Are Involved
Photographer Snaps A Frog ‘Horsing’ With A Beetle
Russian Illustrator Reimagines Different Coffees As Cats
McDonalds Opens A Tiny Restaurant For Bees
Impeccably-Dressed Bunny Models The Tiny Dapper Outfits Made By His Human
This Is The Most Ridiculously Fashionable Feline Ever
Black And White Analog Photographs Explore The Serenity Of Long Meandering Roads
The Running of the Wieners - the Hophaus Southgate Inaugural Best Dressed Dachshund
Here Comes The Bear: Fairytale-Like Photos Of Russian Family Playing With A Real Bear In The Forest
This Inspirational Girl Saved a Homeless Dog in the Most Ingenious Way
Tiger Shark: Close Up
How this Man's Saved a Duckling
Artist Duo Have Created A Unique Set Of Images From The Underside Of Dogs
Artist Paints Hyper Realistic Animal Portraits That Place Your Own Pet In Historical Settings
Beautiful Photos Of Mali The Dog Enjoying Christmas Time
This Soviet Dog Spacesuit Is The Cutest Dog Costume You Will See Today
Hilarious Memes Of Beluga Whale Who Upstaged A Bride By Photobombing Her On Her Big Day
2015 Fritz Pölking Nature Photography Prize
15 Pictures of Nature That Are One Big NOPE
This Woman Set Up A Photo Booth For Birds In Her Yard, And The Results Are Extraordinary
The Beauty Of Dark Arabian Deserts In Stunning Black And White Photographs By Abirato
Cat Beds Don’t Have To Look Like A Cat Bed
The Man Who Tried To Live As A Goat
Humpback Whale Close Encounter Off California Coast
extremely, ginger, giraffe, spotted, tanzania, white