Toronto photographer Mary Beth Koeth was curious about what Santa got up to during the rest of the year. After Christmas is over and the jolly fat man has performed all his expected duties, the guy has a whole year to do other things! 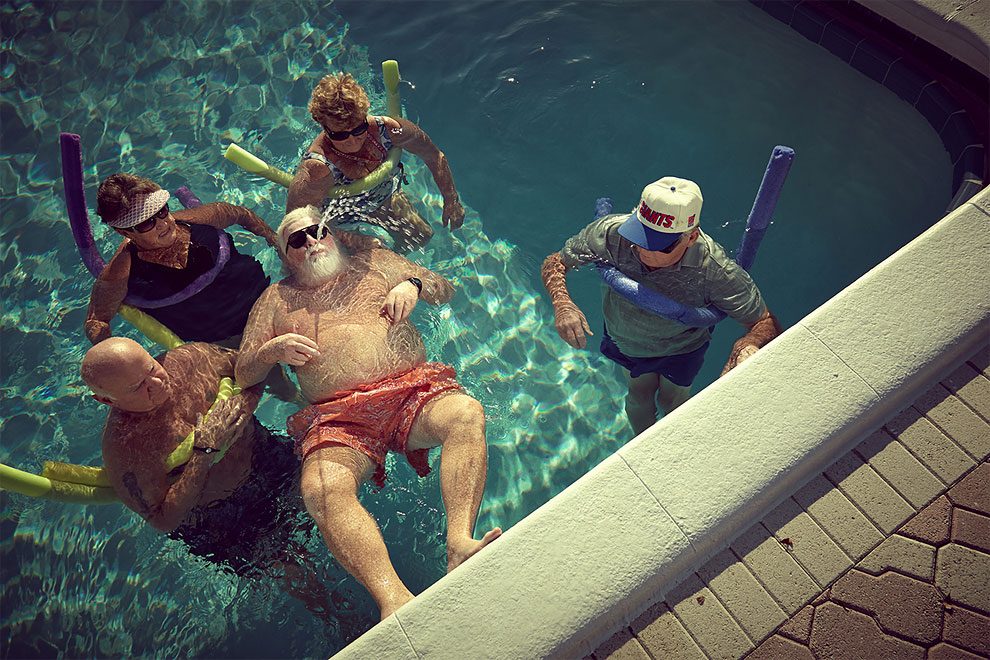 Santa Joe is a large and lovely Irish Catholic from the Bronx and also the New York City Bloomingdales Santa. Several years back, Santa Joe and his wife bought a condo in Oriole Gardens Retirement Community in Margate, FL. Eighty of the units in the community are filled with his family/friends from back in the Bronx. He said, “We all grew up with each other and want to grow old together.” (Photo and caption by Mary Beth Koeth) 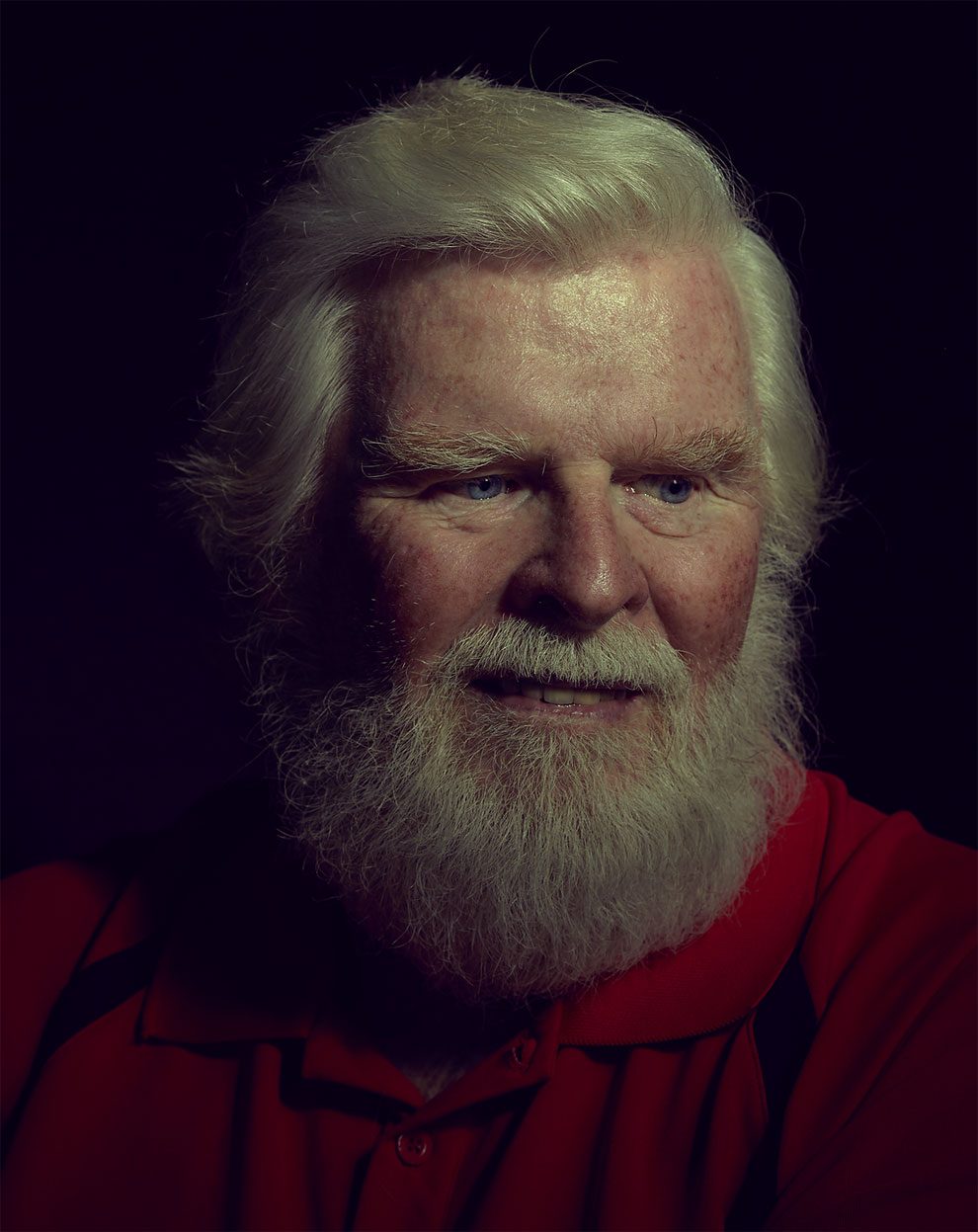 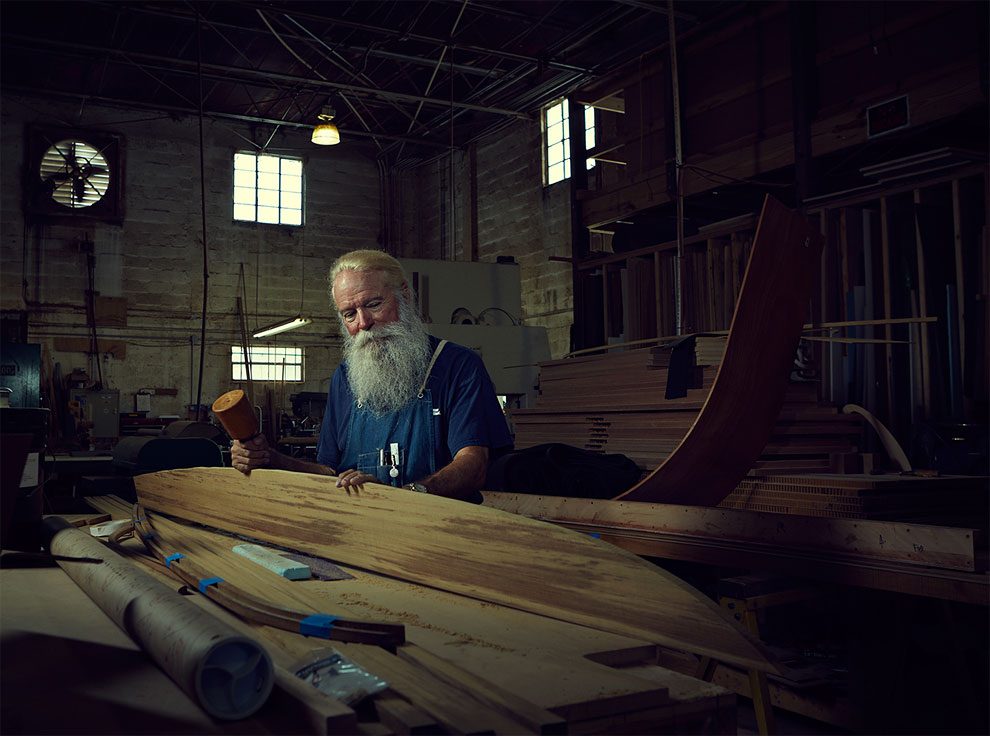 Santa Gregg Henry is a carpenter at Michael Rybovich & Sons Boat Works in Palm Beach Gardens, FL. “I make big, expensive toys for very wealthy boys and girls.” His career in woodworking started with a love for building things and is now 40+ years in the making. “The only thing I haven’t done is coffin making. I don’t really have much interest in that.” Many years ago, following a painful divorce, Santa Gregg spent two years being a male exotic dancer. “My stage name was Grizzly Gregg because I had the beard and everything back then. I found that taking off your shoes is really hard to do when you’re standing up.” In his off time, Gregg is a club officer and rear commodore with the Gulfstream Sailing Club in Fort Lauderdale. (Photo and caption by Mary Beth Koeth) 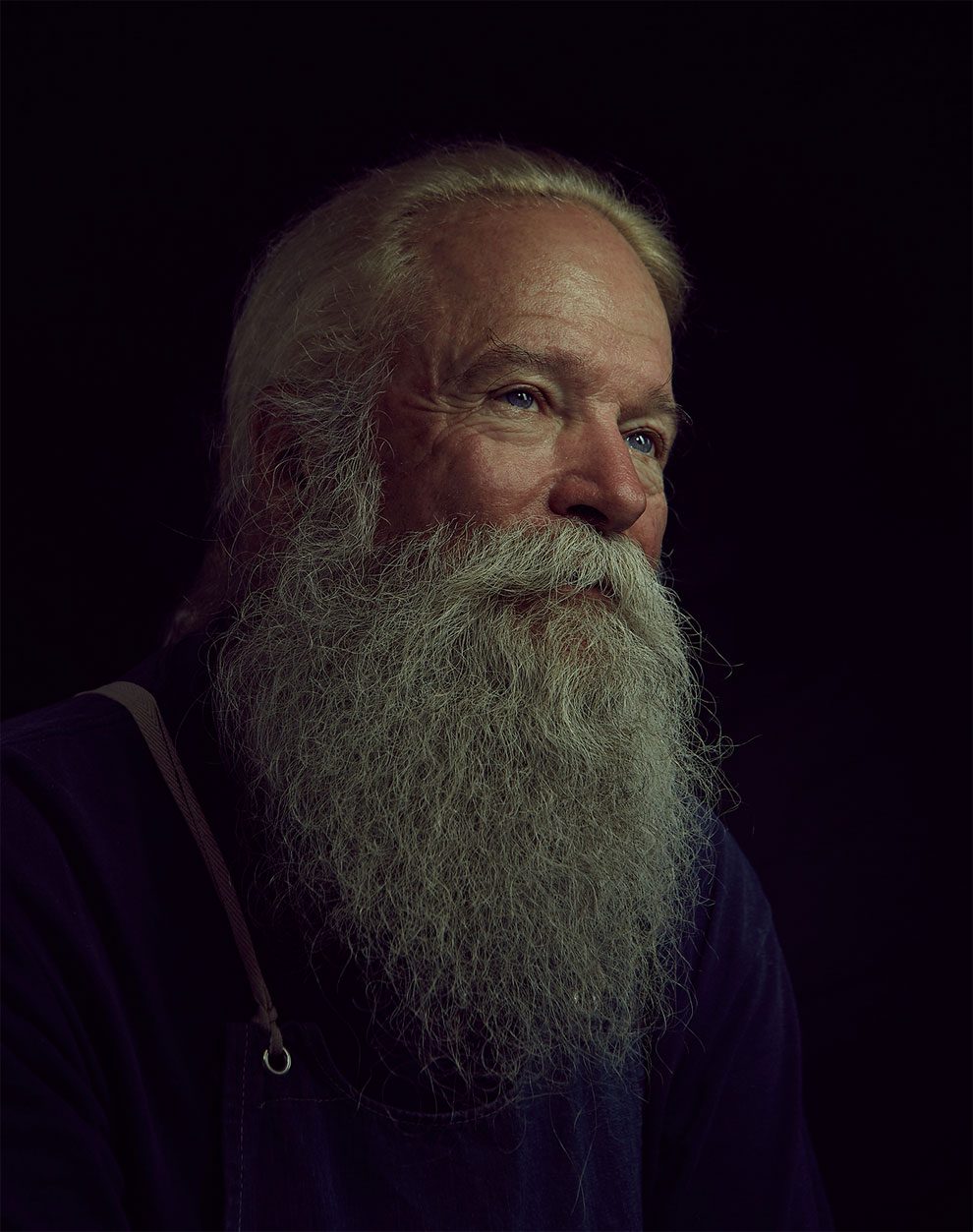 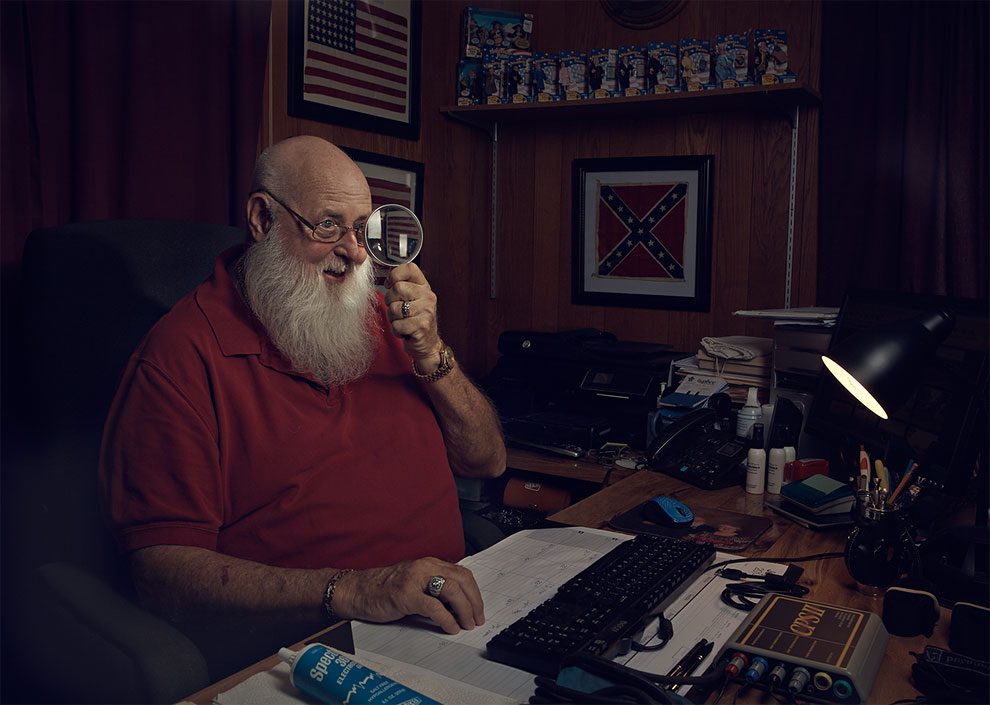 Santa Roy is a retired police officer who was named one of the Top Ten Law Enforcement Officers in the State of Florida in 1984. He currently operates his own investigative agency and has a total of 40+ years in the law enforcement and investigative field. In his spare time, Santa Roy plays banjo with his son and sings with the Great American Dixie Band. He also collects American political memorabilia, old flags, and Japanese Swords (he reads and translates Japanese). (Photo and caption by Mary Beth Koeth) 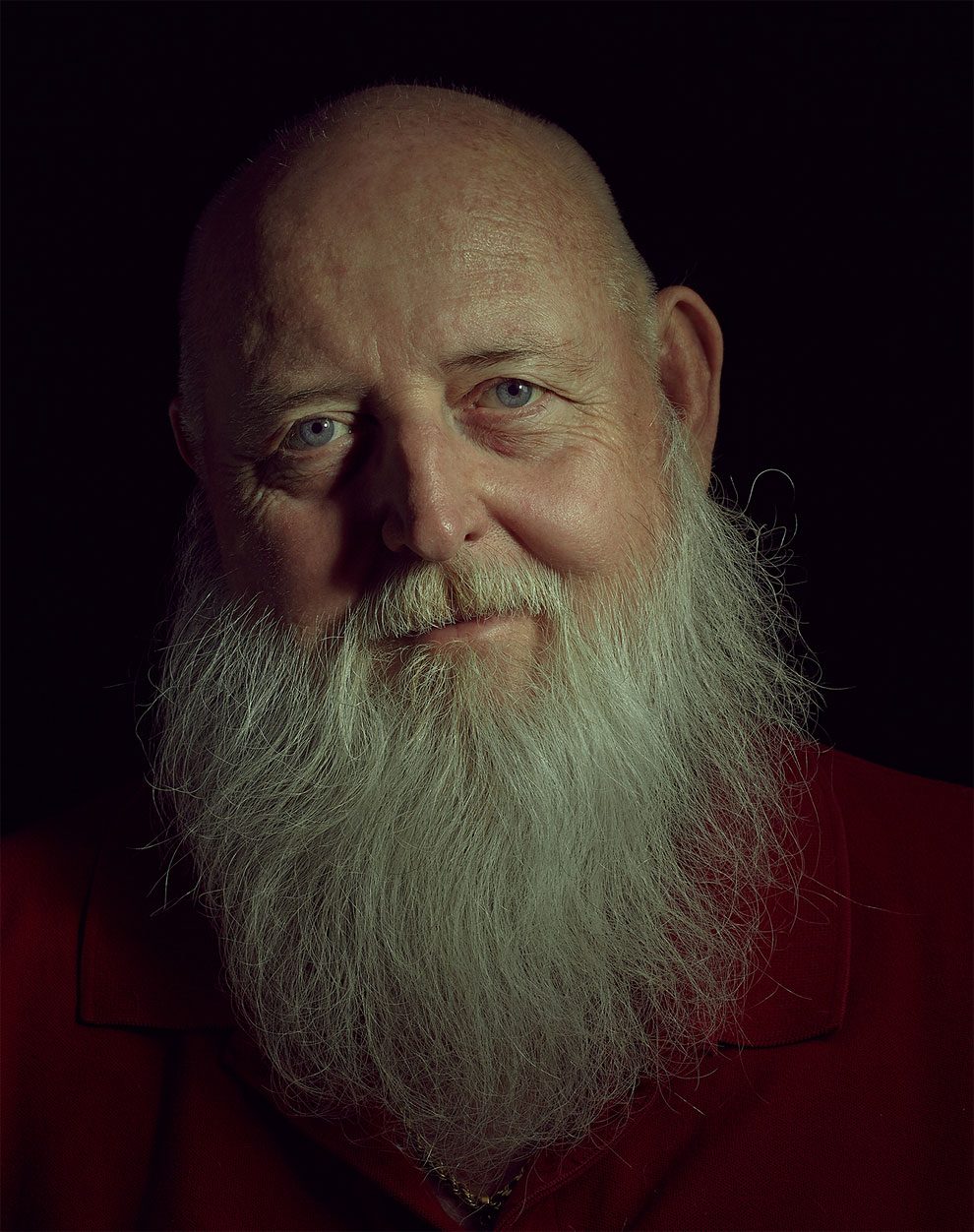 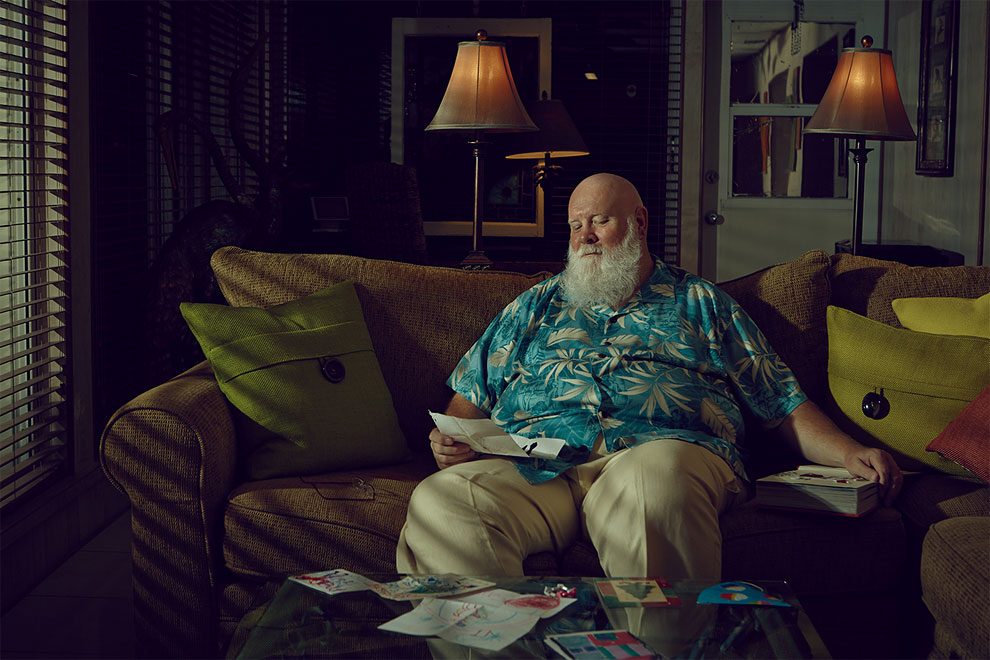 Santa Ernie Tedrow is originally from Baltimore, Maryland. He moved to Orlando after his mother passed away and started in the hotel business where he worked his way up to Director of Sales and Marketing. “One week a month I would travel. I’d fly to Chicago in the morning, pick up the client in a limousine, take them to Oprah’s restaurant for lunch, sign a half million dollar contract, take them back to the office, fly back and be home for dinner. I absolutely loved it.” Ernie now lives in Tamarac, Florida with Everett, his partner of twenty-three years. He is a community association manager for condos and HOAs in South Florida.“I figured, I’m fat, old, and bald…and I have a career!” (Photo and caption by Mary Beth Koeth) 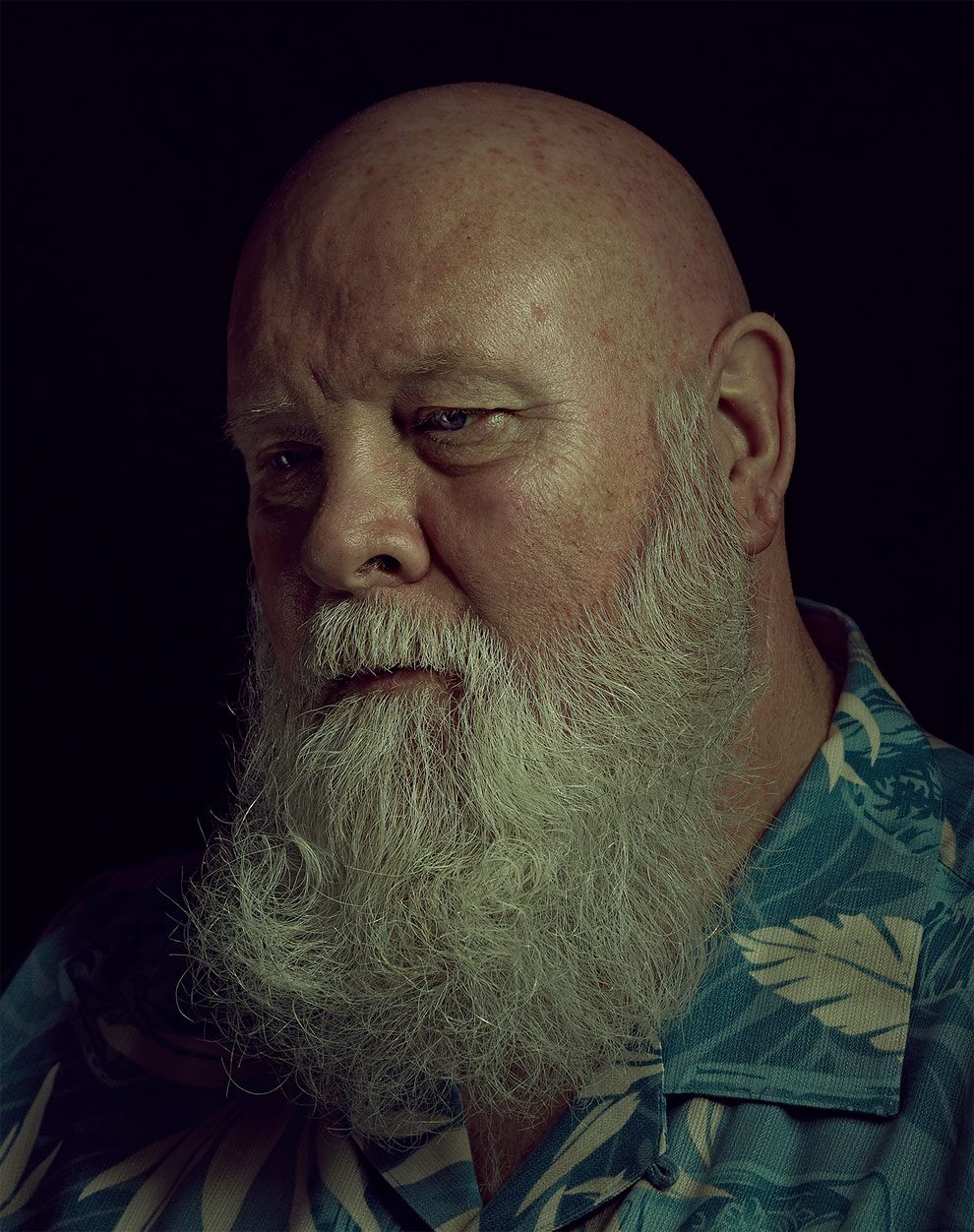 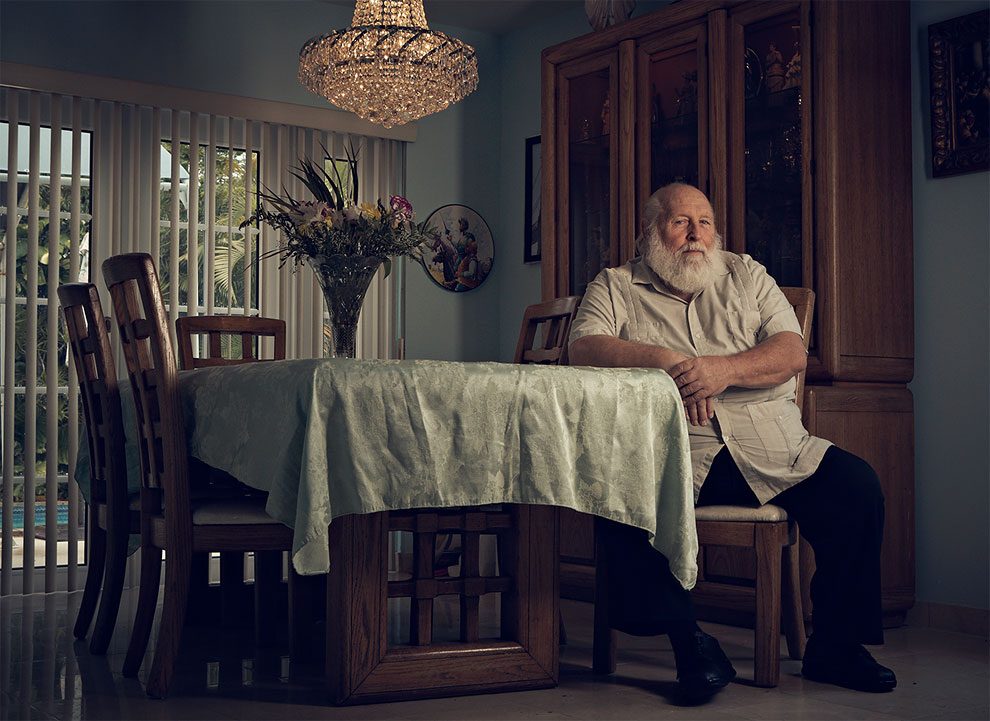 Santa John Snyder, 67, is a Purple Heart Vietnam vet, born and raised in Queens, New York. “When I got out of the army, I wanted to be a playboy for a while before I settled down—sow my wild oats so to speak. Well, I met my wife, fell for her and married her right away, so I had to give that all up.” John served as President of Mensa, the largest and oldest high IQ society, for several years in South Florida. Snyder and his wife Theresa are both active members of The Church of Jesus Christ of Latter-day Saints and currently reside in Kendall, Florida. (Photo and caption by Mary Beth Koeth) 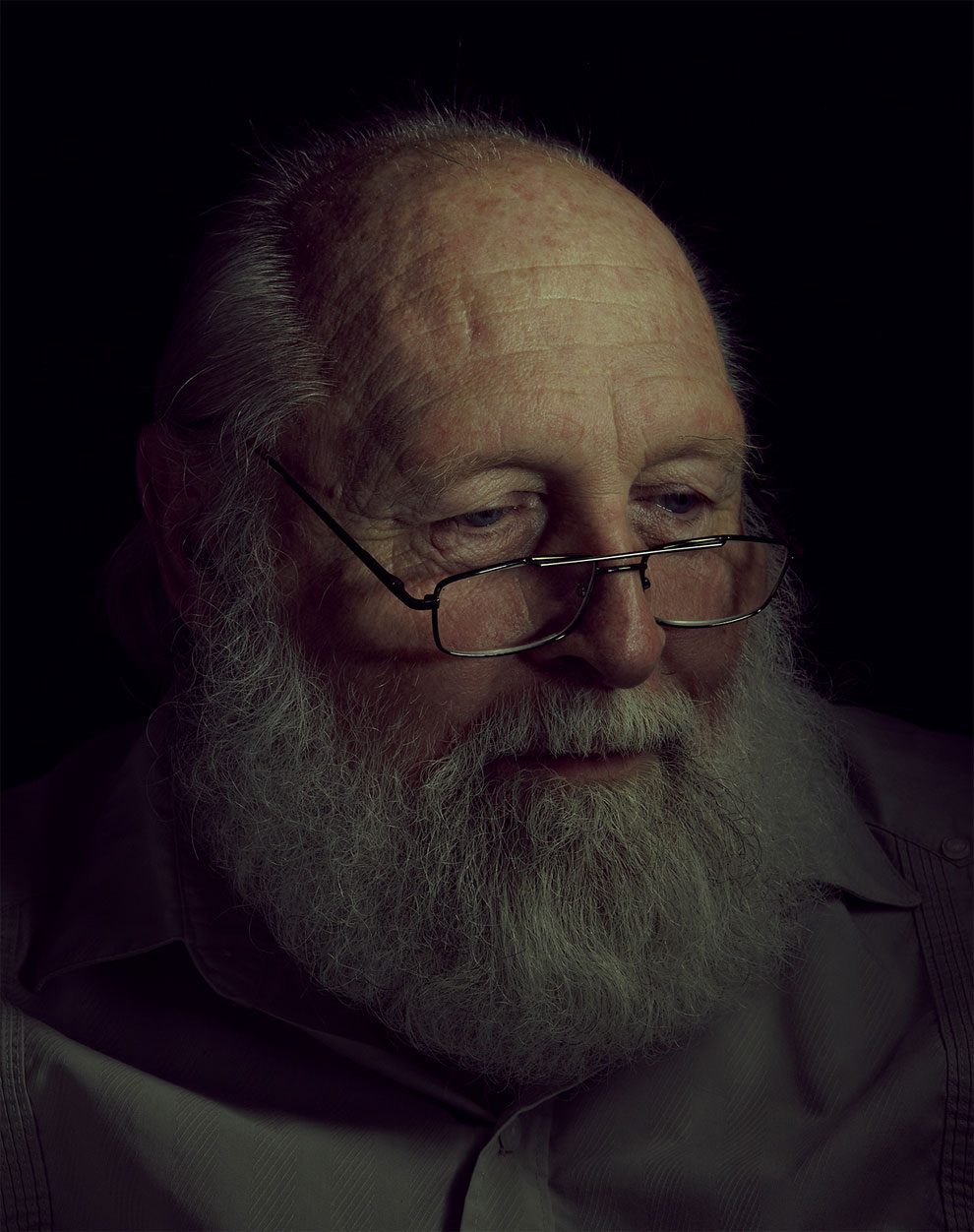 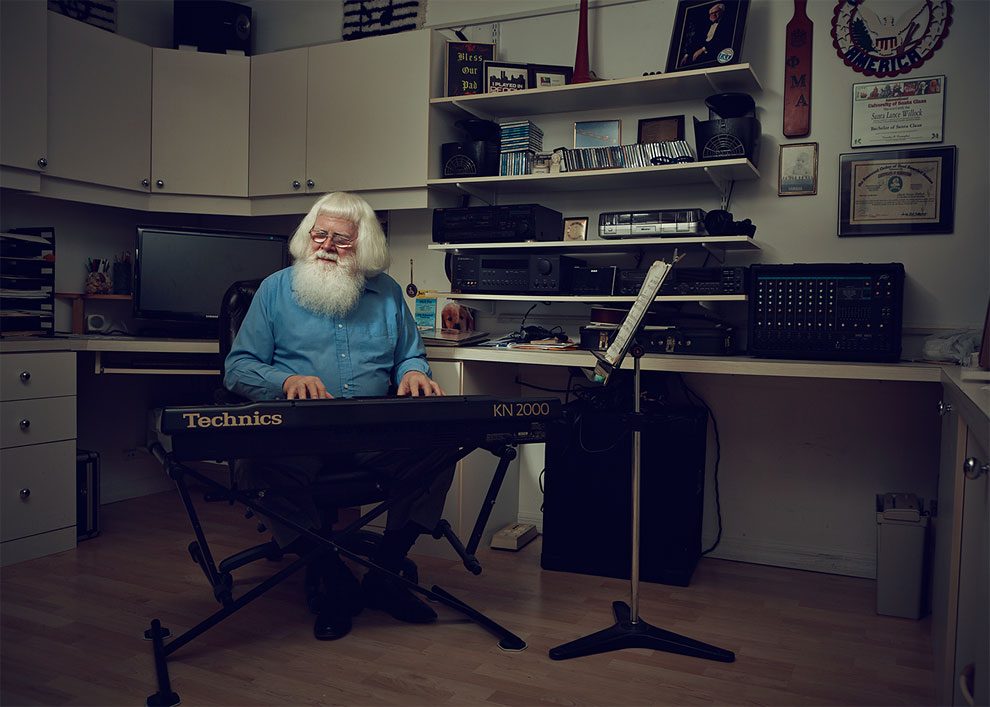 Santa Lance Willock, 77, is a former salesman from Peoria, Illinois. Music has always been his passion. He would run home from work on Fridays, dapper up, and meet with his band to entertain at one of the many local hotspots. “I met my wife, Rosemary while playing in a club. She never knew it was going to end up like this…In fact, she’d probably run the other way if she thought about it.” Lance and Rosemary live in a retirement community in Stuart, Florida. (Photo and caption by Mary Beth Koeth) 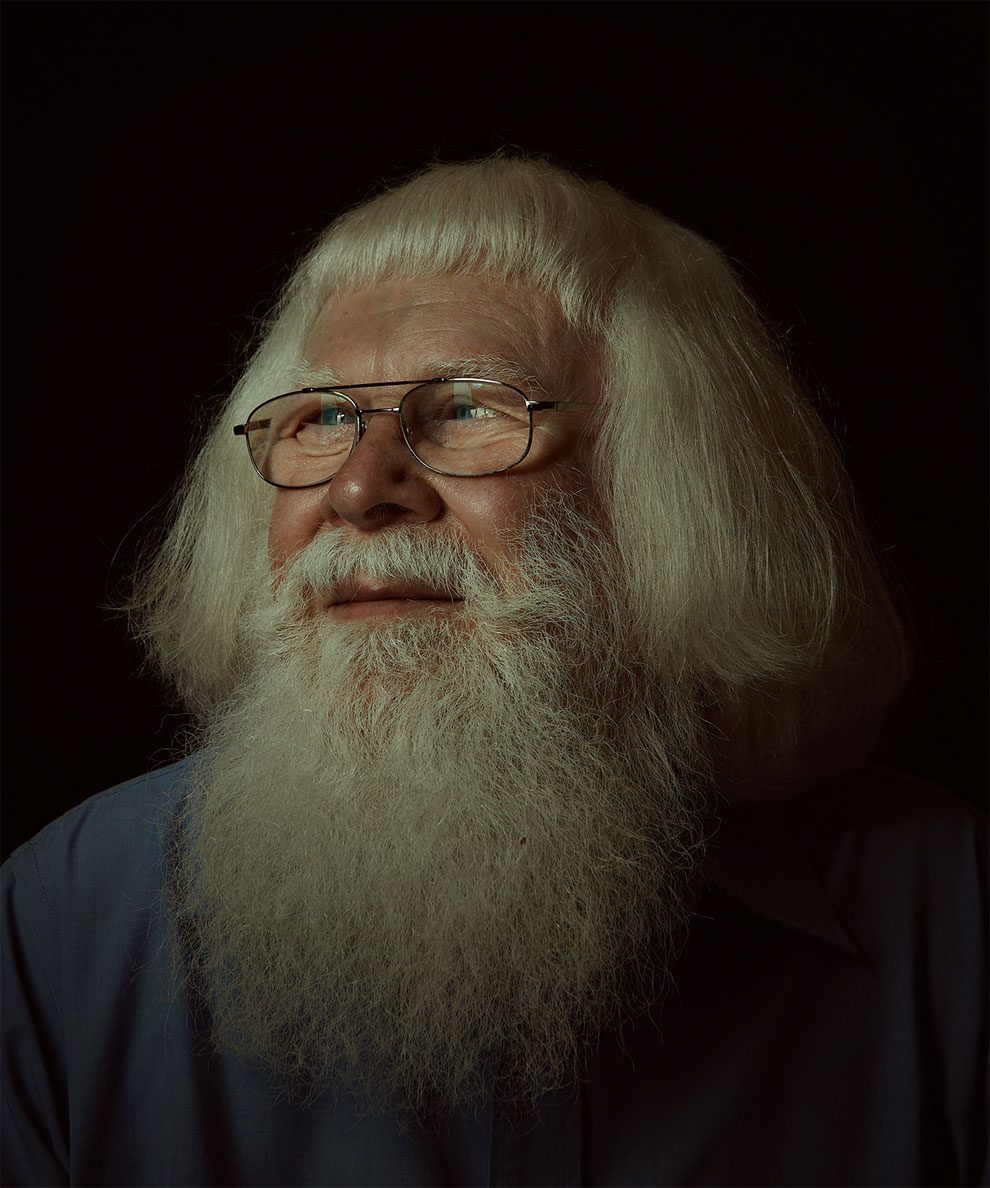 4 Sisters Take A Picture Together Every Year - Watch How Time Has Changed Them 40 Years Later
The World’s Greatest Gallery of Bread Butts
Stunning Photos Of Ecstatic Teenagers Screaming At Pop Concerts In The 1960s And 1970s
Portrait Series Of Immigrants Restages And Signifies The Importance Of African Settlers In Europe Throughout History And Present Day
16 Moms Who’re Proud Of Their Perfect Imperfections
Photographer Captures Photos Of Empty Budapest During The Coronavirus Quarantine
"Colorize To Remember": Samir Belhamra Colorized Historic Images To Bring The Past To Life
Daredevil Japanese Photographer Explores Urban Landscapes From A New Perspective
Debbie Harry Photographed By Chris Stein For Punk Magazine Centerfold Shoot, 1976
Autumn Forest Is Prettiest In Czechia Thanks To Photographer Janek Sedlář
"Looking For Mr.Goodsex": A Series Of Paintings Of Un-Cropped Stills Taken From Vintage Adult Movies
Through Photographer Jesse Rieser’s Lens, The Architectural Fallout Of The E-Commerce Revolution Is Beautiful
Spectacular Winning Images of the International Portrait Photographer of the Year 2021
Zombie-boy for Schön Magazine
A Striking Photo Series Of Beautiful Adoptable Black Cats Posing Against A Dark Background
Winners Of The 2017 Underwater Photographer Of The Year
Photographer Thomas Windisch Explores The Abandoned Mental Asylums Across Italy
Rare Shots of the Abbey Road Cover Photo Session
This Photographer Creates Paintings That Are Actually Photos
Abnormal accumulation of fish in Acapulco, Mexico
Surreal Self-Portrait Photo Manipulations By Annegien Schilling
Studio Portraits of American Indians by Alexander Gardner From the 1860s
Beautiful Female Portrait Photography By Caio Borém
Photographer Anna Radchenko Explores A Reverse Side Of A Mother’s Love
ongoing, portrait, santas, season, series