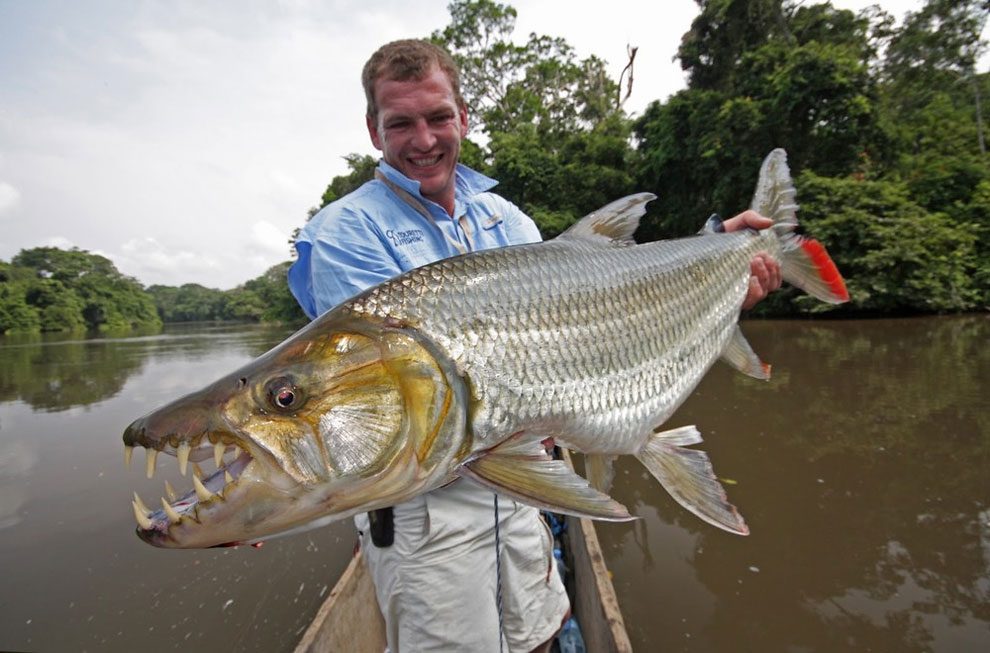 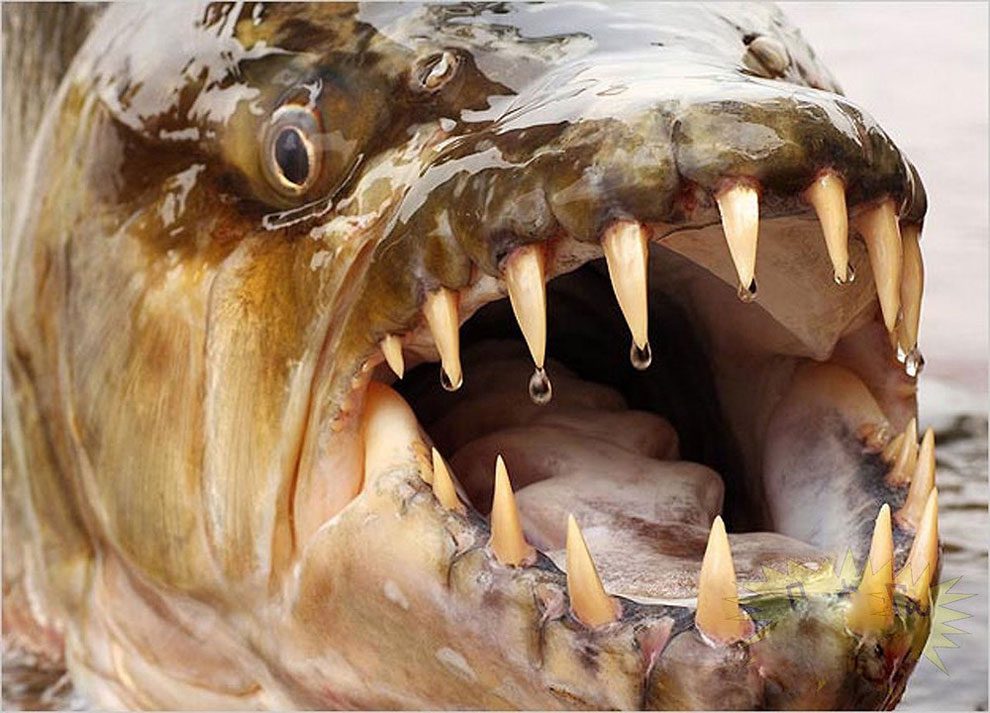 It is overall silvery in color with no conspicuous stripes. A few broad stripes may show up under the scales after death. It has fourteen or more teeth in the upper jaw and very short gill rakers, less than one third the length of the gill filaments. 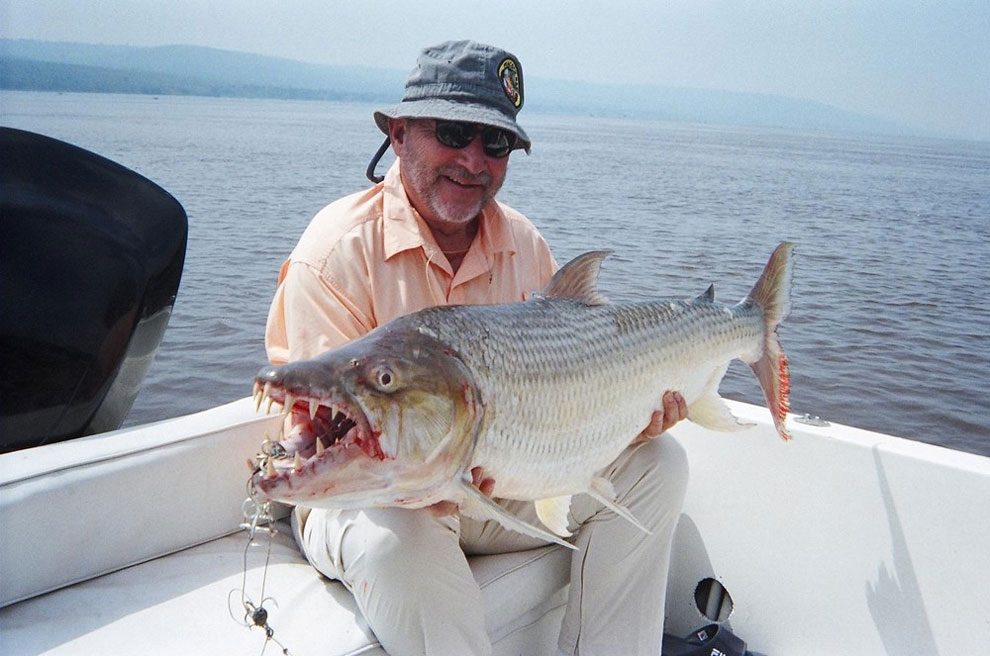 The largest giant tigerfish may exceed 110 lbs (50 kg) but stories of fish weighing up to 132 lb (60 kg) have yet to be authenticated. Its ferocious appearance gives ample indication of its predatory habits. This strong fighter is one of the great freshwater game fish species. 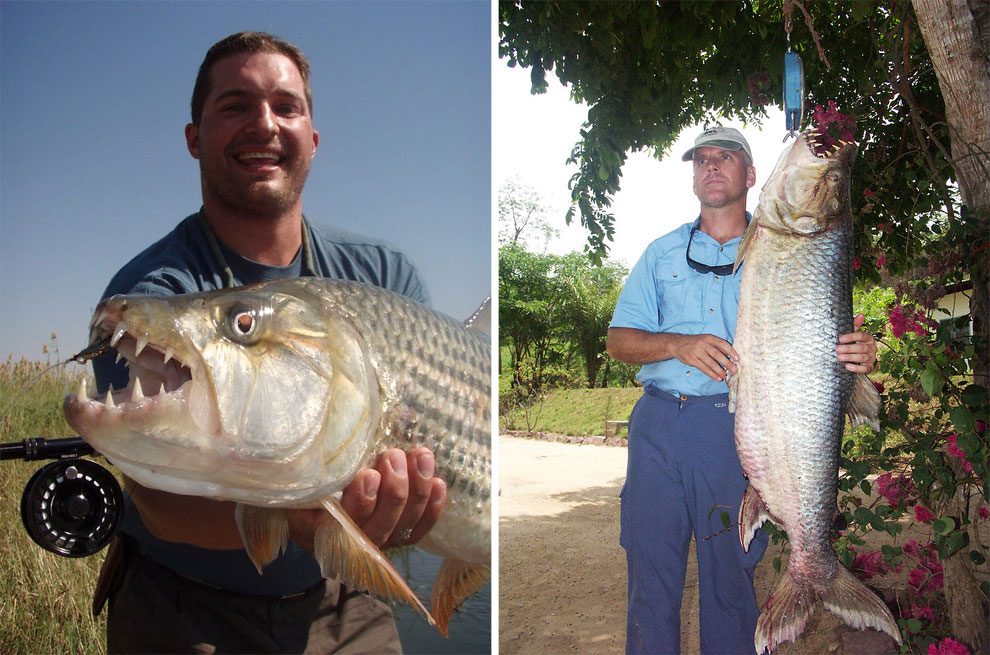 A number of incidents have been reported in The Congo of this fish attacking humans. This reputation, combined with its strength, has earned it an almost mythical status among anglers, and it has been called the “greatest freshwater gamefish in the world”. 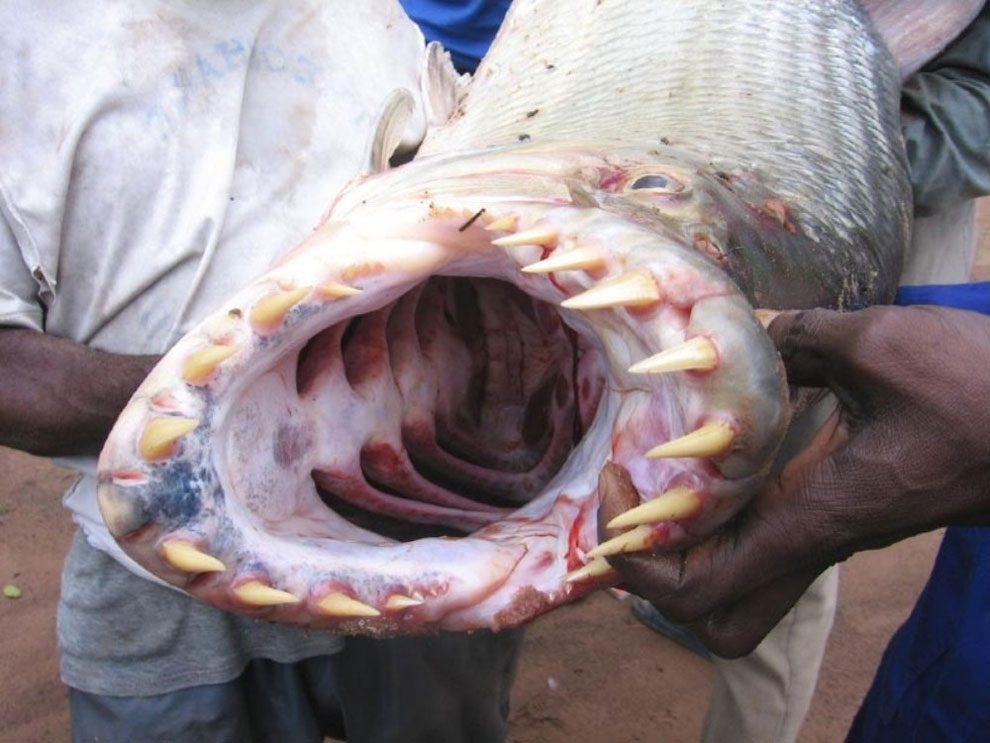 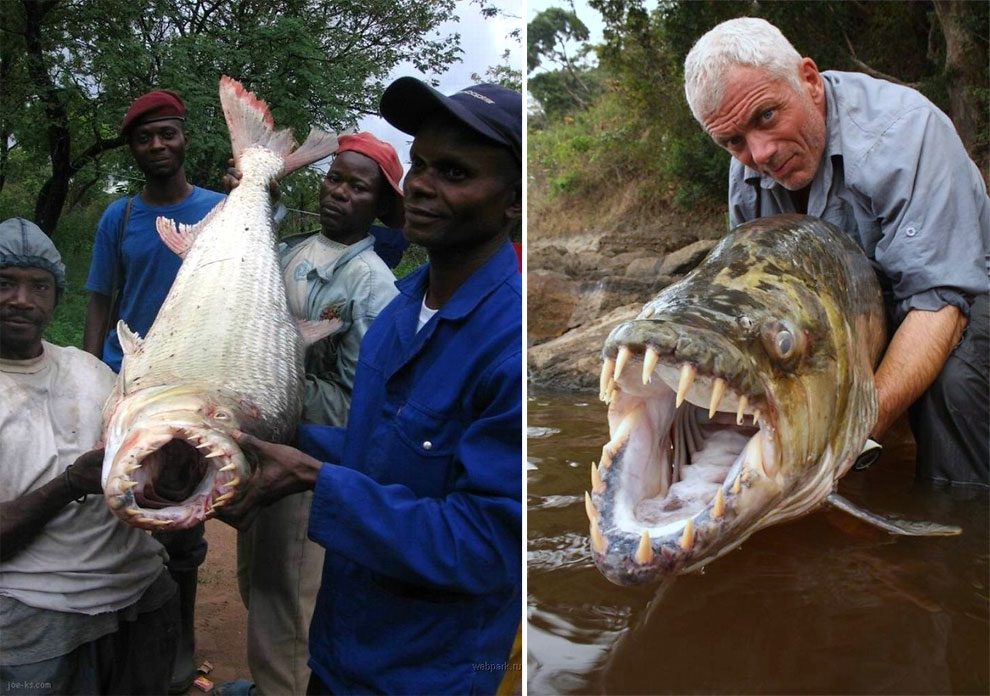 The Wonderful Art Of Missing Pet Posters
Meet Oreo, The World's First Cat Nurse
This Twitter Account Posts ‘Poorly Drawn Animals’ And Here Are The Funniest Ones
Photos Show Mother Hippopotamus Taking a Chunk Out of Crocodile in South Africa
Photographer Alicia Rius Captures The Beauty Of Bald Cats
222 Golden Retrievers Frolic in a Field in Scotland
"Cat Selfies": An Amusing Collection Of Cats Taking "Selfies"
Misbehaving Goats That Were Forced To Wear Pool Noodles & Tennis Balls For Everyone’s Safety
Woman Quits Job to Knit Over 300 Coats and Hats for Abandoned Greyhounds
This Is The Most Ridiculously Fashionable Feline Ever
NASA Once Fed Spiders Drugs And Then Watched As The Stoned Bugs Made "Deformed" Webs
"It Needs to Be Clean, Not Wet": Hilarious Dog Shampoo Ads
This Brave Dog Protests Annoying Everyday Things With Funny Signs
Cat Loves Going Horse Back Riding On His Best Friend
PetCam: The World Through The Lens Of Our Four-Legged Friends
Meet Millie - The Adorable Adopted Cat Is The Most Adventurous Feline Climbing Buddy
Romanian Artist Makes Detailed Paintings On Glass, And Here Are So Tiny Cool
Swimming Pig Off The Island Of Big Major Cay
Back In Black: This Rare Indonesian Chicken Is Completely Black From Feathers To Bones
Australian Native Wildlife: The National Geographic Photographer Creates A Photo Archive Of Biodiversity Around The World.
Metal Cats: Hardcore Metal Musicians Pose With Their Cats
Dog-Shaped Scratching Post Lets Cats Have Their Sweet Revenge
Thousands of Birds Take Flight for the “Snettisham Spectacular”
Photographer Leila Jeffreys Captures The Diverse Beauty Of Naturally Colorful Birds
animals, goliath, hydrocynus, unusual