Meet the Lykoi: An Odd New Breed of “Werewolf” Cats 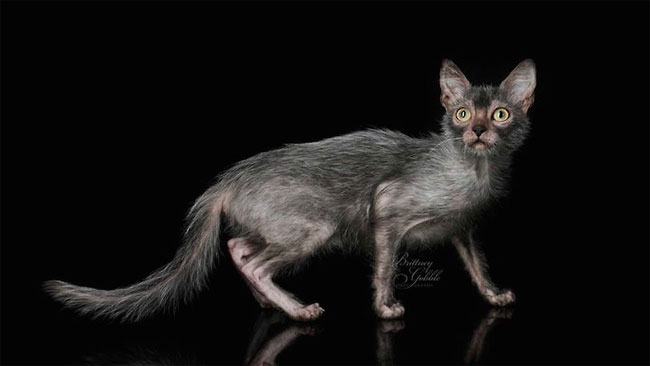 The stuff of nightmares, or a cat lover’s dream? The Lykoi is a brand new breed of cat that is gaining worldwide recognition for its odd werewolf-esque appearance. The word lykoi roughly translates to “wolf” in Greek, and the feline’s scruffy looks are credited to a naturally occurring genetic mutation of the domestic shorthair which prevents the growth of a full coat of fur. This genetic glitch in the wolf cats’ hair follicles means they don’t grow fur around their eyes, nose, ears and muzzle, and have only a patchy coat throughout the rest of their body that also lacks an undercoat. 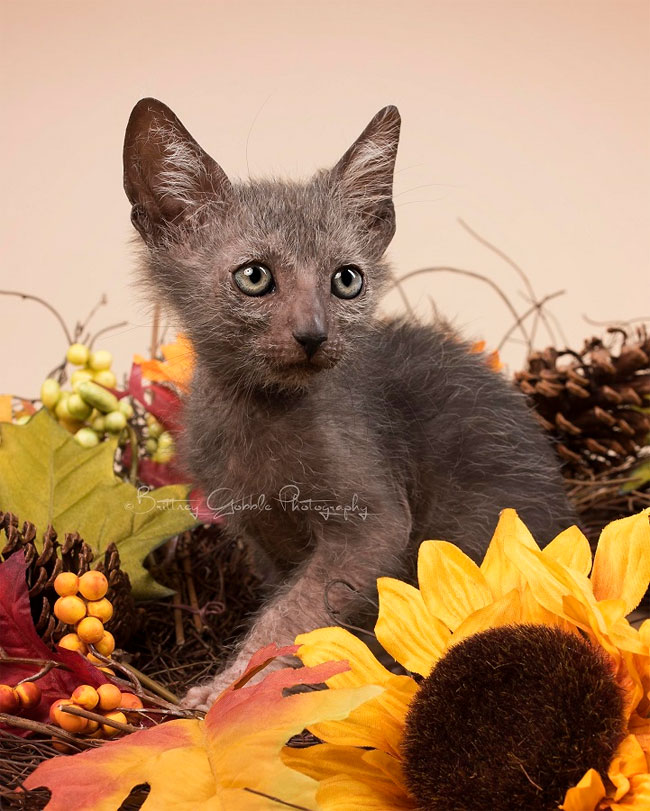 The breed was “discovered” in 2010, when a woman with an unusual litter of kittens delivered them to Tennessee-based veterinarian Dr. Johnny Gobble. Gobble then ran a series of DNA, heart, skin, and other tests to ensure health of the kittens and attempt to figure out whether they were actually a distinctive new breed or if they were related to the Sphinx or Devon Rex cat. When the results returned, Gobble, along with wife Brittney, and their colleague Patti Thomas, realized they were looking at cats with a unique gene set, and so an entirely new breed of cat was born. 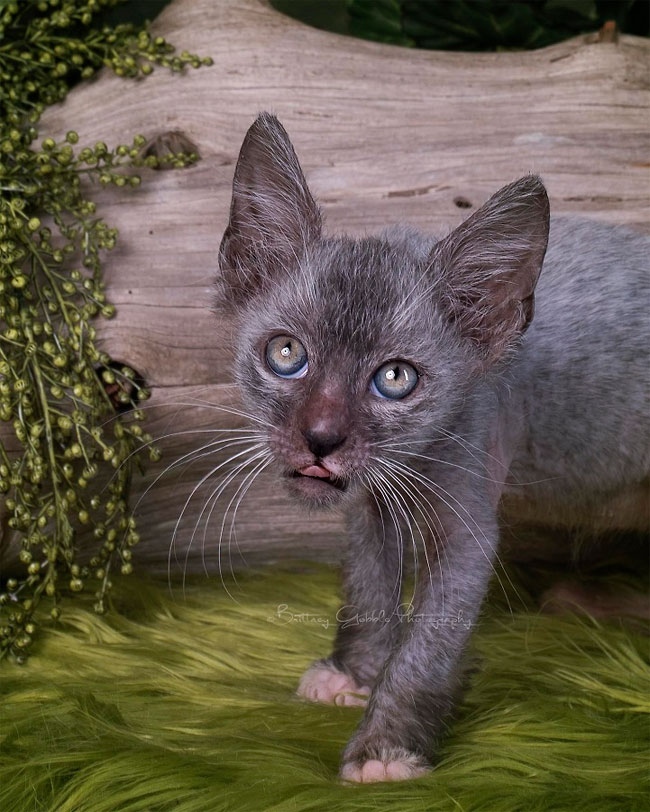 Lykoi are said to have a dog-like personality and are affectionate, loyal, and scent-driven. No diseases or disorders have been linked to the naturally mutated cats, although, as with any “designer breed” of animal, there is a certain level of controversy surrounding the Lykoi. At the moment, there are only a few designated breeders of the cats in the country and with this spike in popularity, demand for the novelty kitties could encourage backyard breeding and other inhumane practises to supply the trendy, new werewolf cat to the public. Please take this into consideration if the creepy creature is something you want to invite into your home. 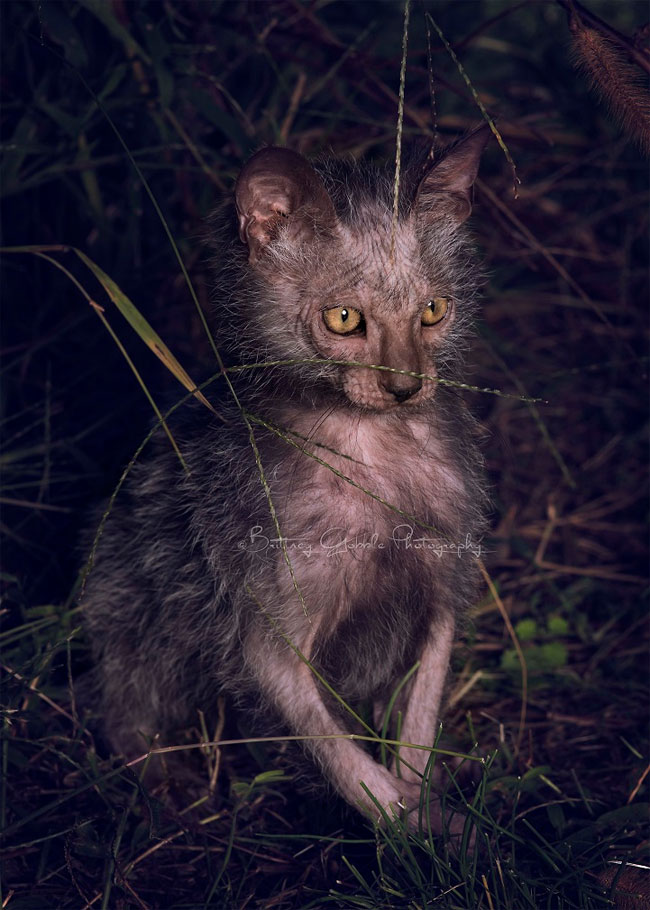 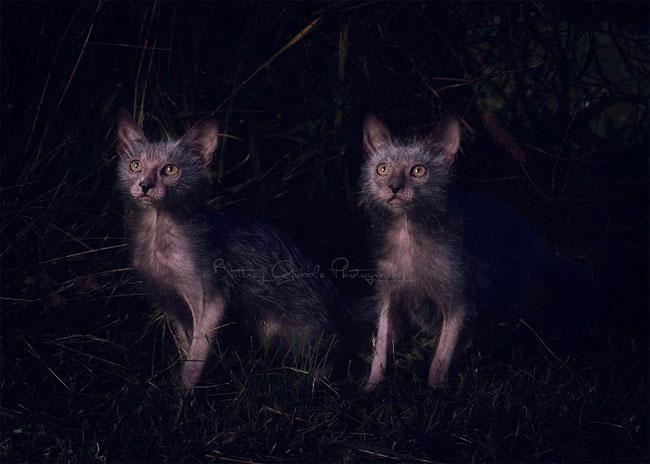 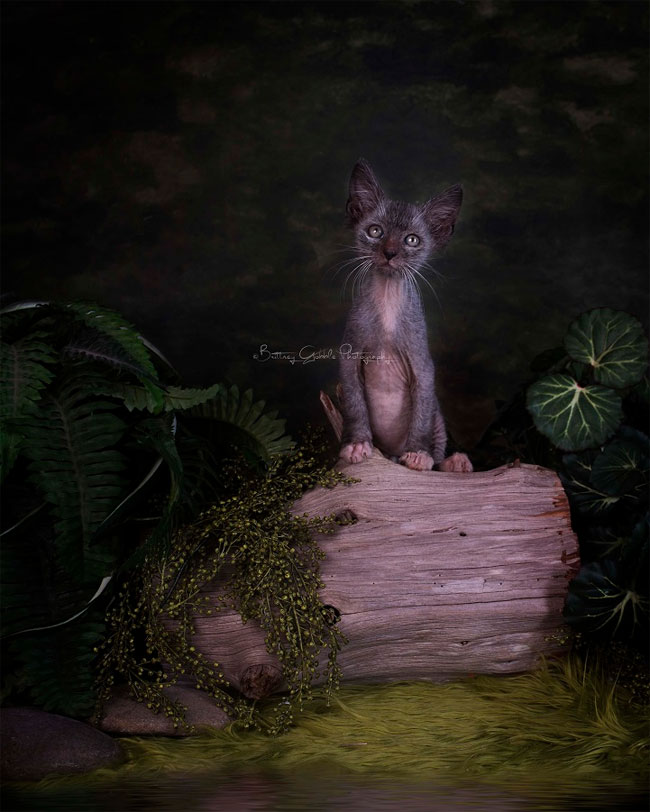 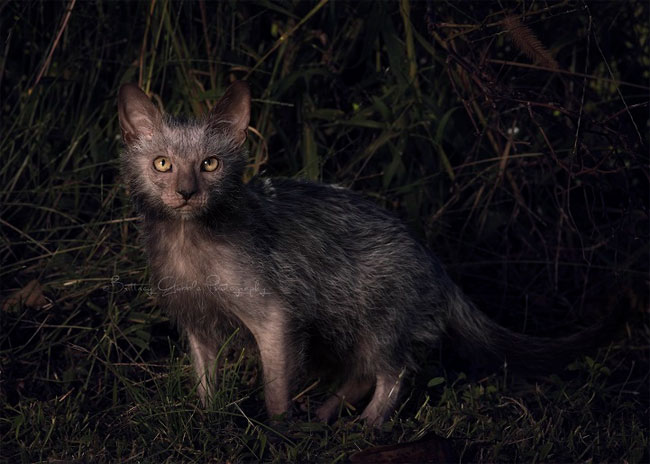 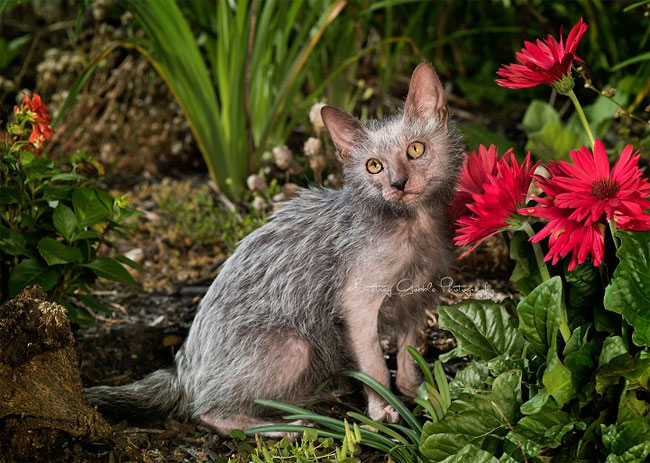 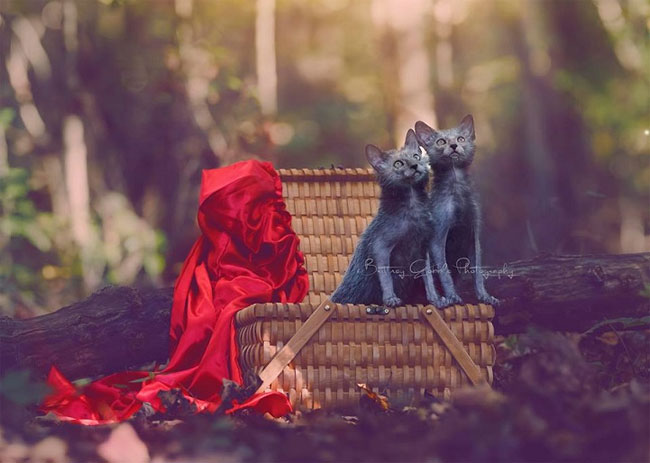 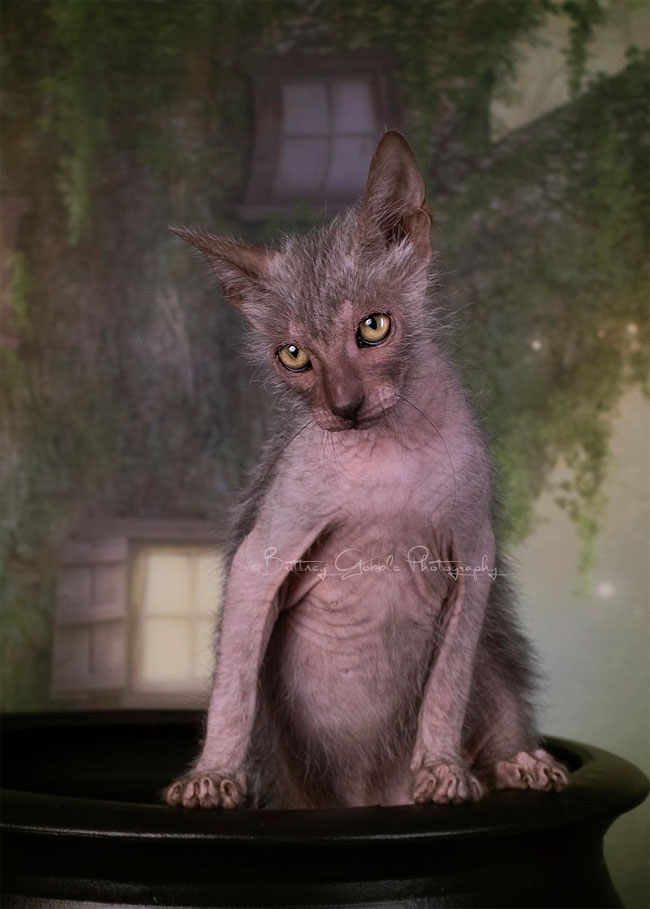 Winning Photos Of The UK Dog Photographer Of The Year 2018
A Portrait Of Lost Habitats In Africa
Inseparable Terrier Duo Become Real Internet Sensation
Waffles the Corgisaur is Flirting with You
Artist Combines Cats & Food In A Cute Culinary Collaboration
Whenever This Woman Comes Across A Dead Animal, She Creates A Beautiful Memorial For It And Here Are Most Mesmerizing Ones
This New Snapchat Filter Makes Your Dog Look Like A Disney Character
People Are Building Dog Libraries, And It’s Adorable
Oakland Zoo Lights Up its ZooLights
We'll Just Happen To Serve Great Coffee In The Company Of Homeless Cats With Leukemia
Elephant versus Hippo
Artist Paints Hyper Realistic Animal Portraits That Place Your Own Pet In Historical Settings
A Lot of Penguins
Thousands of Caimans Thrive in Rio's Urban Sprawl
"The Dogs Show": Photographers Explore The Amazing World Of Dog Breeds
The Adorable Photo Series Shows Curvy Canines And Flexible Felines Participating In A Spot Of Yoga
This Bulldog Loves Watching The Street Through A Hole, So His Owners Paint 2 Costumes On The Fence
Bored Sitting At Home? Try To Find A Cat In Each Picture!
GPS Trackers That Show Cats' Activity During The Night
Reptiles at Children’s Party
British Pet Dog Gets Co-Pilot License
80,000 Budgies Form A Tornado Over A Waterhole In Australian Outback
People Are Doodling On Snake Pics And The New Scenarios Are Hilarious
These Thought Provoking Photos Show Why We Need To Improve The Standard Of The Worlds Zoo’s
breed, lykoi, werewolf

Giant Eyeball Found on the Beach
Feel Your Heart Melt into Bubble Bath at a 'Wet Dog' Photo Series
We'll Just Happen To Serve Great Coffee In The Company Of Homeless Cats With Leukemia
Couple's Dog Is the Cameraman On Their Enchanting Wedding Day
"The Cat Whisperer": Walter Chandoha, The Photographer Who Popularized Cat Pictures
Rescued Dogs Dressed Up In Sophisticated Outfits, Floral Crowns To Get Adopted
Winter 2017 / 2018 Tortoise Fashion
Russian Designer From St. Petersburg Makes Toy Cats And Photographs Them In The City
The Bond of Two German Shorthaired Pointers
This Cat Looks Like A Pirate, But That Just Makes His Mom Love Him Even More!
2007 ‒ 2023 by Design You Trust. Proudly hosted by WebHostingBuzz.
Privacy Policy · Terms of Service · Content Removal Policy ❤️ 🇺🇦