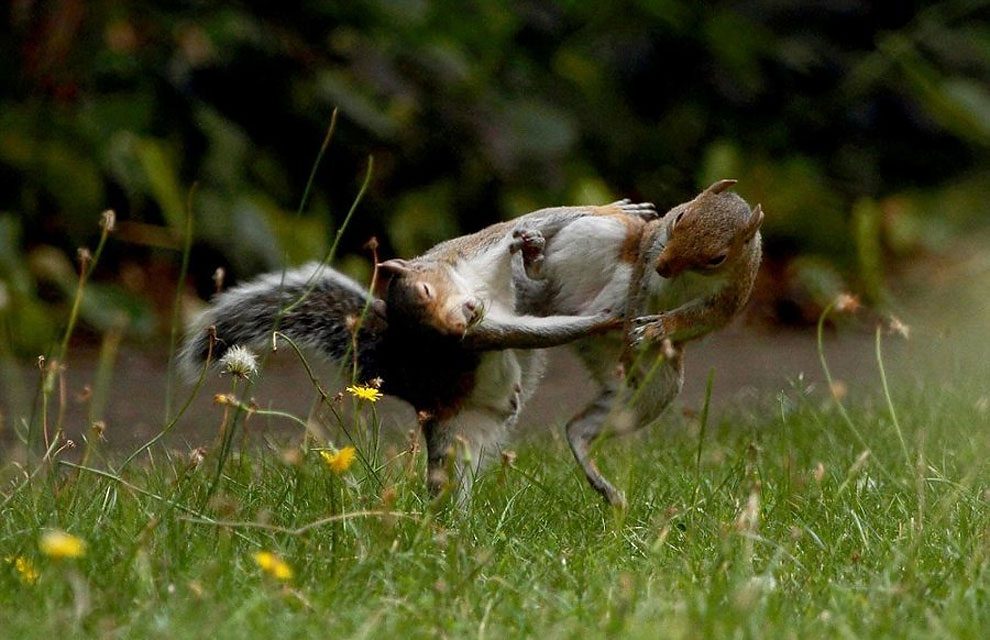 Amateur snapper Martin Docker from Isle of Dogs, east London, spotted the pair going toe-to-toe in his back garden and grabbed his camera to capture the titanic tussle. The maintenance worker captured the duo appearing to fly through the air to land roundhouse kicks, wrestling-style spear moves and judo-esque throws. 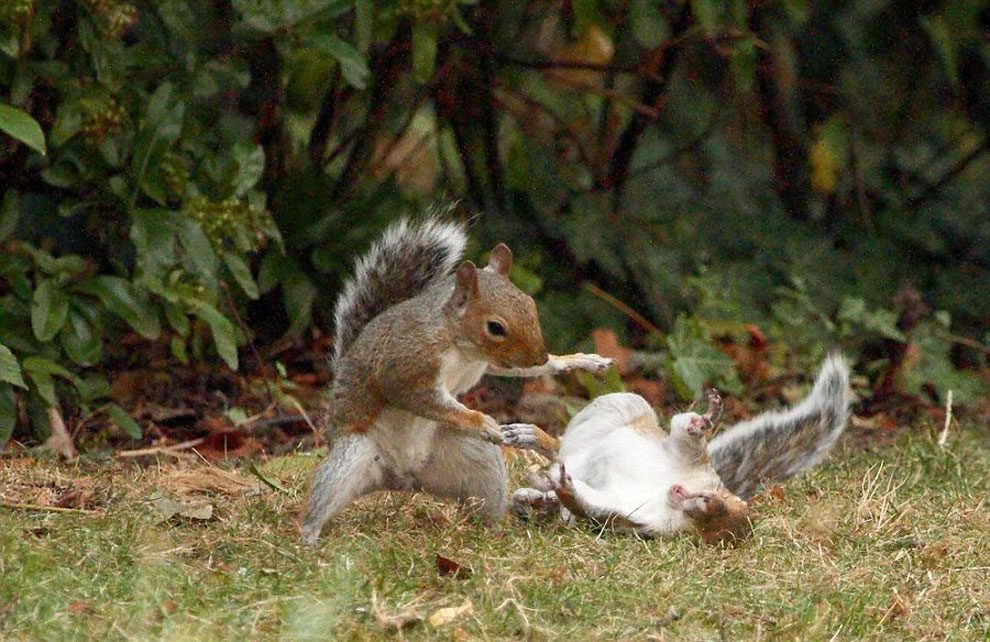 Martin told the Daily Mail: “The ninja comparison came right away as I’m into martial arts and I like watching martial arts so that made the photos quite special. My favourite photo is the one where they are both airborne because it is what it is really – it’s got a nice bit of action and plenty going on.” 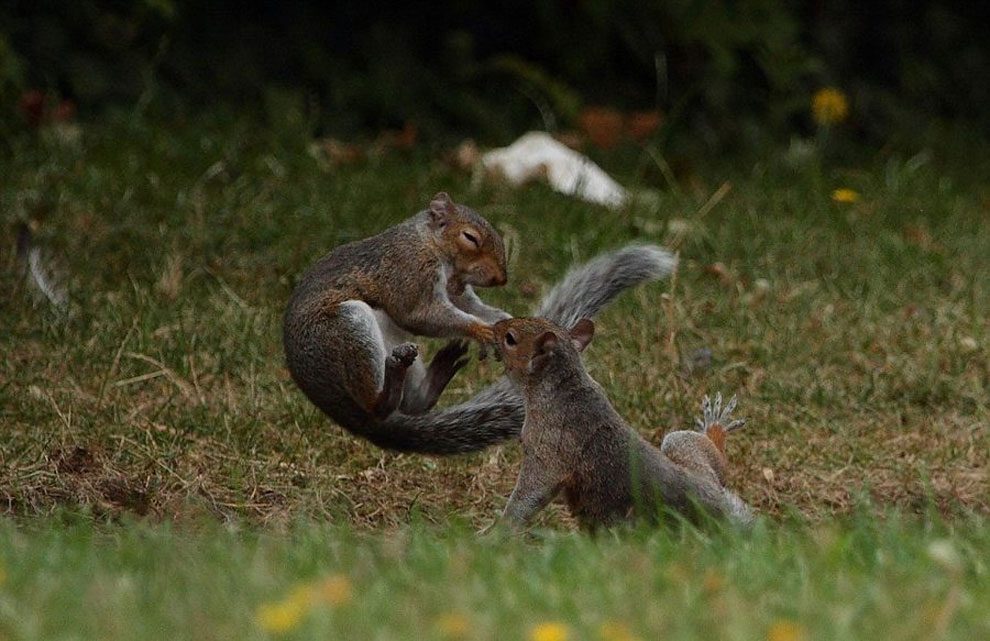 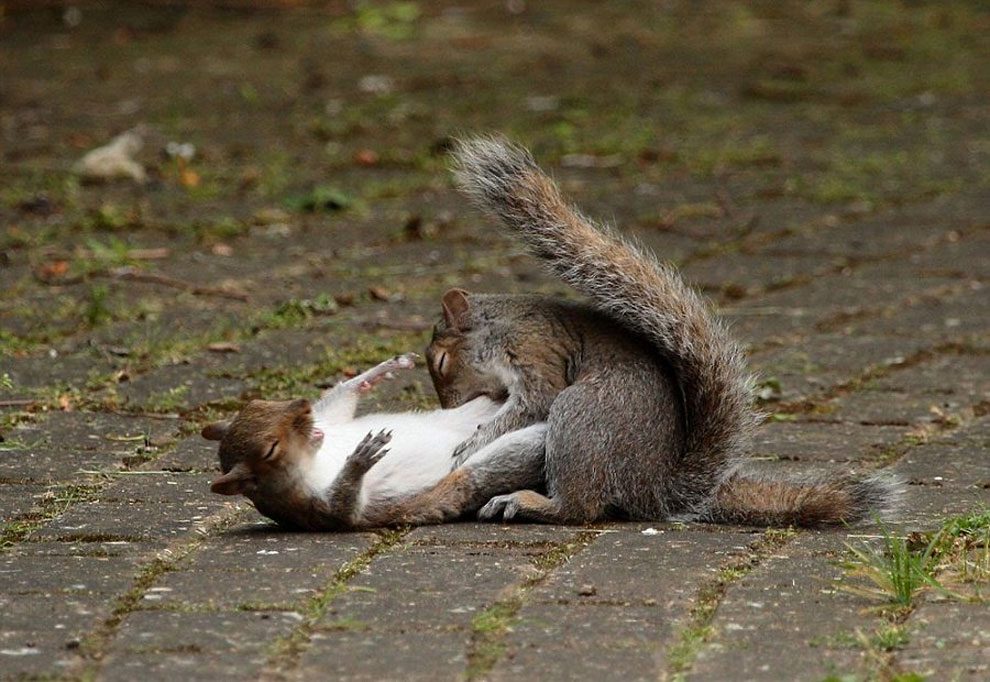