This Hotel In The Arctic Circle Will Be Unlike Any Other 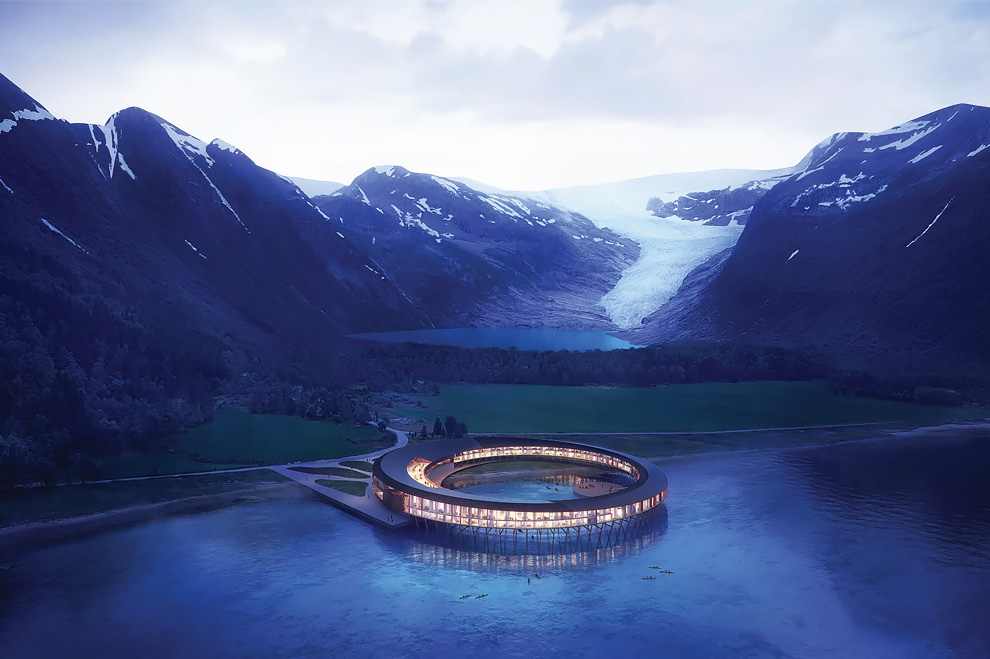 It’s one thing to build a hotel on the foot of a glacier just above the Arctic circle, it’s another thing entirely to also make it energy positive. But that’s precisely what award-winning Norwegian architects Snøhetta have been tasked with creating.

In collaboration with Asplan Viak and Skanska and the team at Arctic Adventures of Norway – they’ve created ‘Svart’ – a stunning circular hotel unlike any other. It’s name is a nod to dark imposing glaciers of Svartisen itself.

“The name “Svart”, meaning “black” in Norwegian, is a direct tribute to the deep blue ice of Svartisen and the Svartisen name. As the word for “black” and “blue” are the same in old Norse, the name is a reference to the natural heritage of Svartisen, its precious glacier and its natural surroundings. “

It’s circular shape was inspired by traditional Norwegian fishing equipment, with a focus on natural wood and minimalism. Its inviting and warmly lit rooms hack back to the humble homes and inviting campfires of local fisherman.

The hotel’s supporting structure is built from weather resistant wooden poles stretching several meters below the surface of the fjord. The poles ensure that the building physically places a minimal footprint in the pristine nature, and gives the building an almost transparent appearance. Once built ‘Svart’ will offer unprecedented views of the surrounding glaciers and fjords – whilst having a minimal impact on the environment itself.

“This will be the world’s most environmentally friendly hotel” explains lead architect Zenul Khan.

But just how carbon neutral will Svart actually be?

For starters it’s been painstaking designed to reduce its own energy consumption by 85% when compared to a present day hotel. It’s also equipped with facilities and mechanisms to produce it’s own energy – something that limited its carbon footprint in such a delicate ecosystem as the Arctic.

Construction is already underway and if all goes to plan (weather and funding permitting) the hotel will open to the public in 2021. In the meantime, here’s a few conceptual renderings of what the final hotel will look like.

Count us in for a winter getaway in 3 years then! 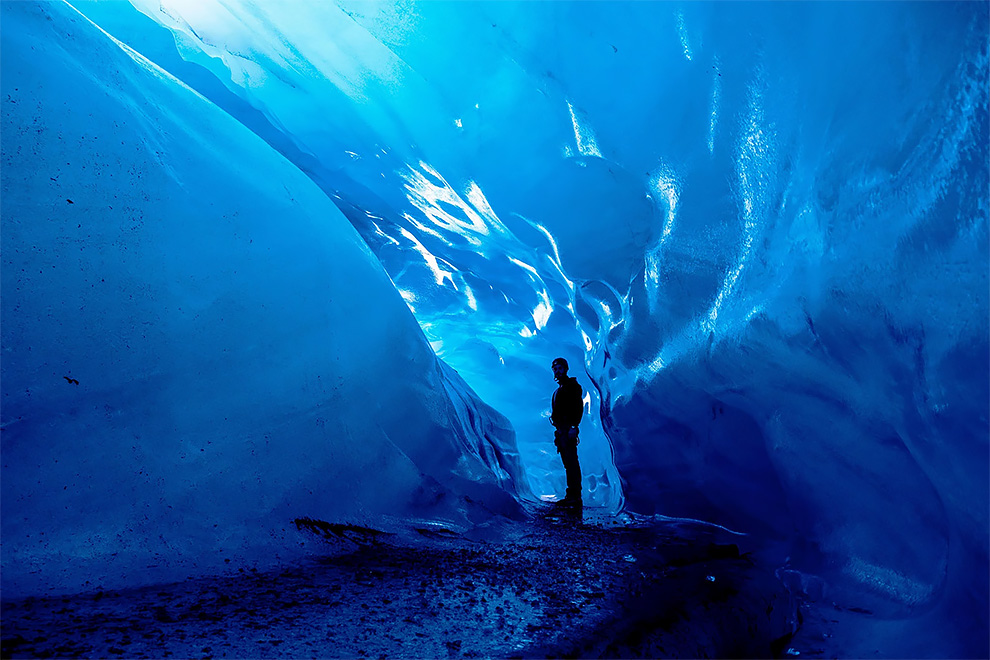 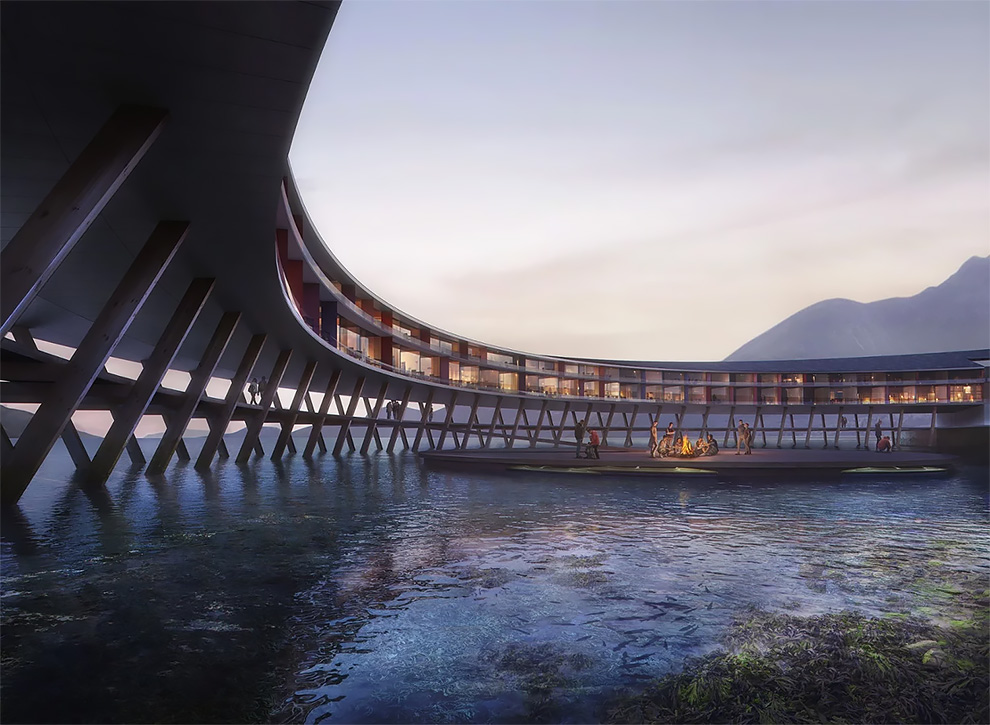 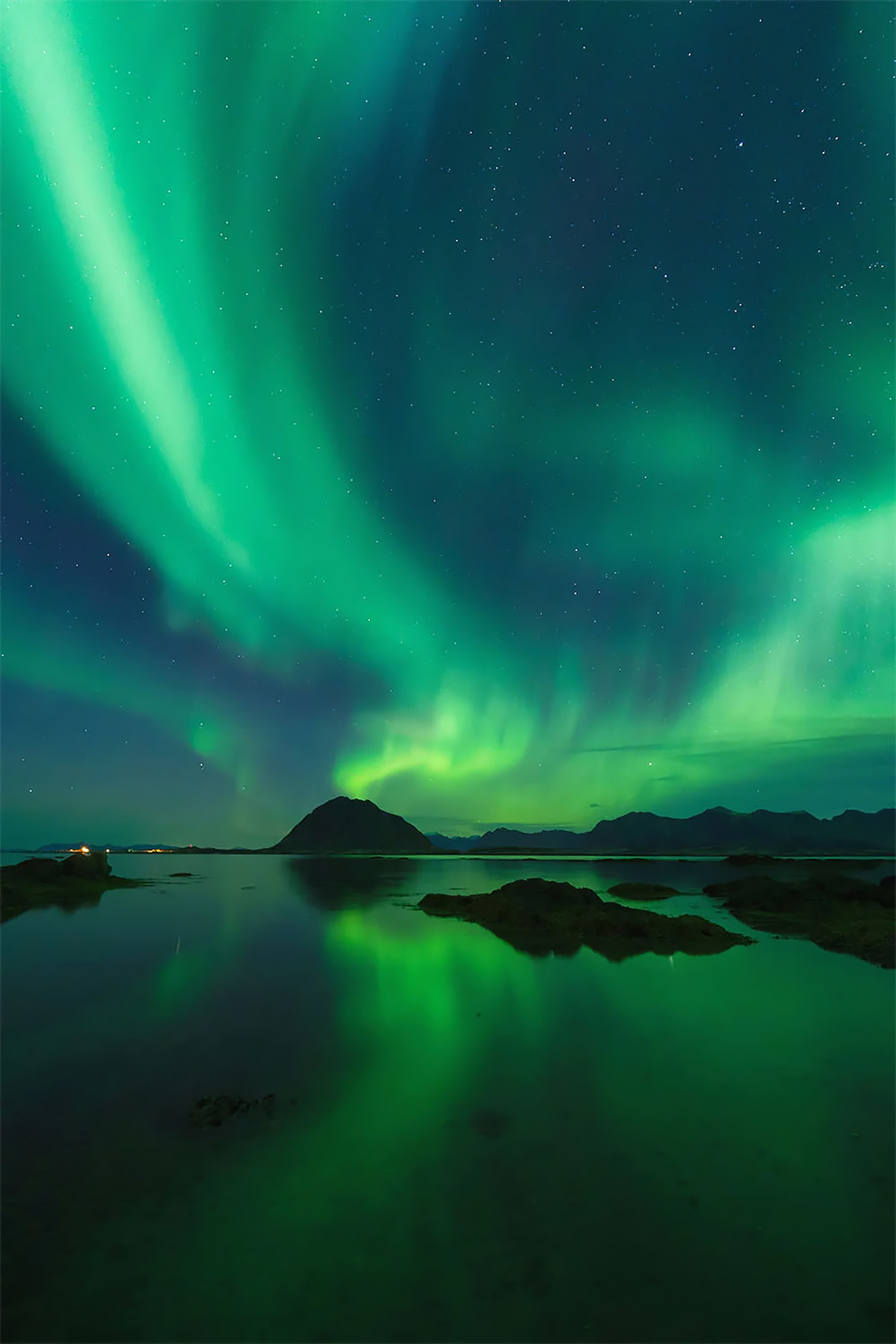 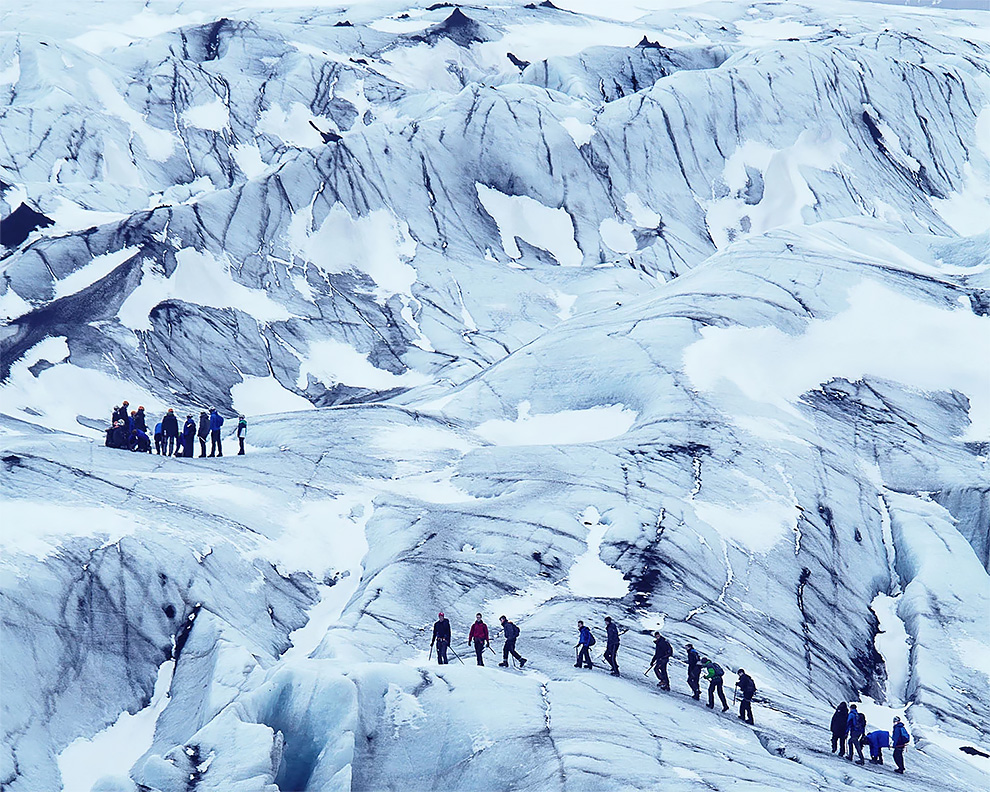 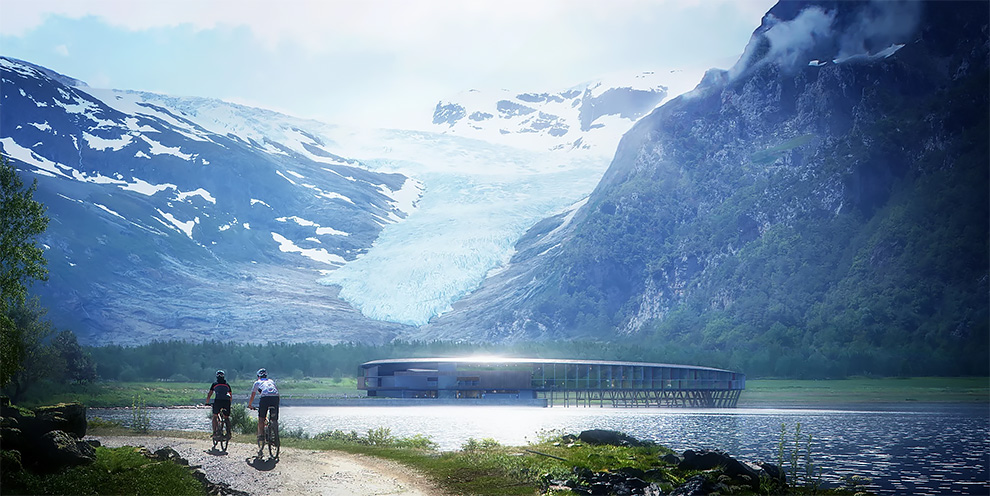 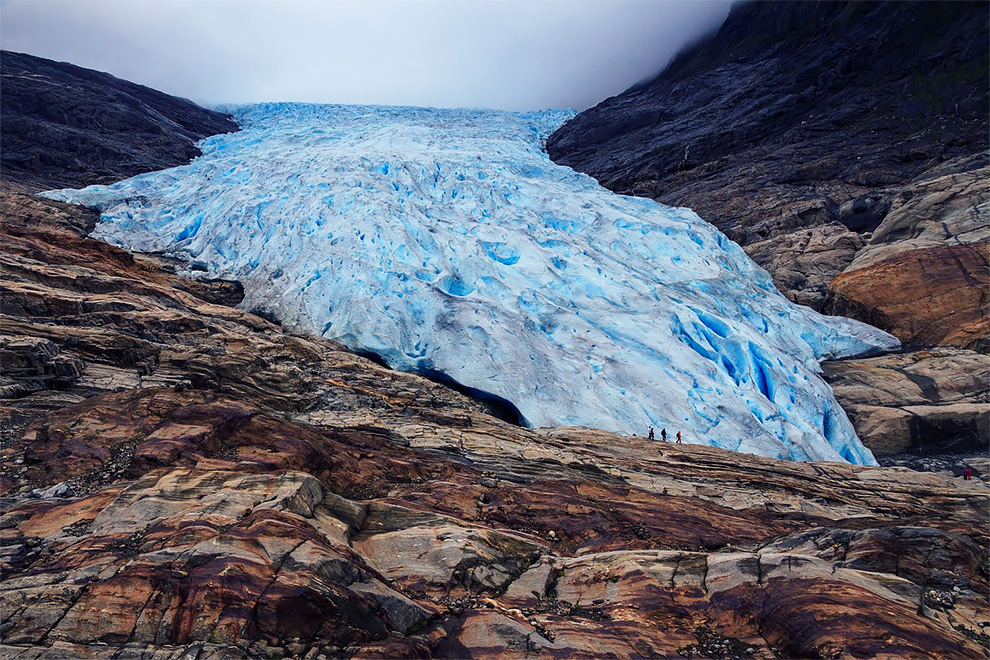 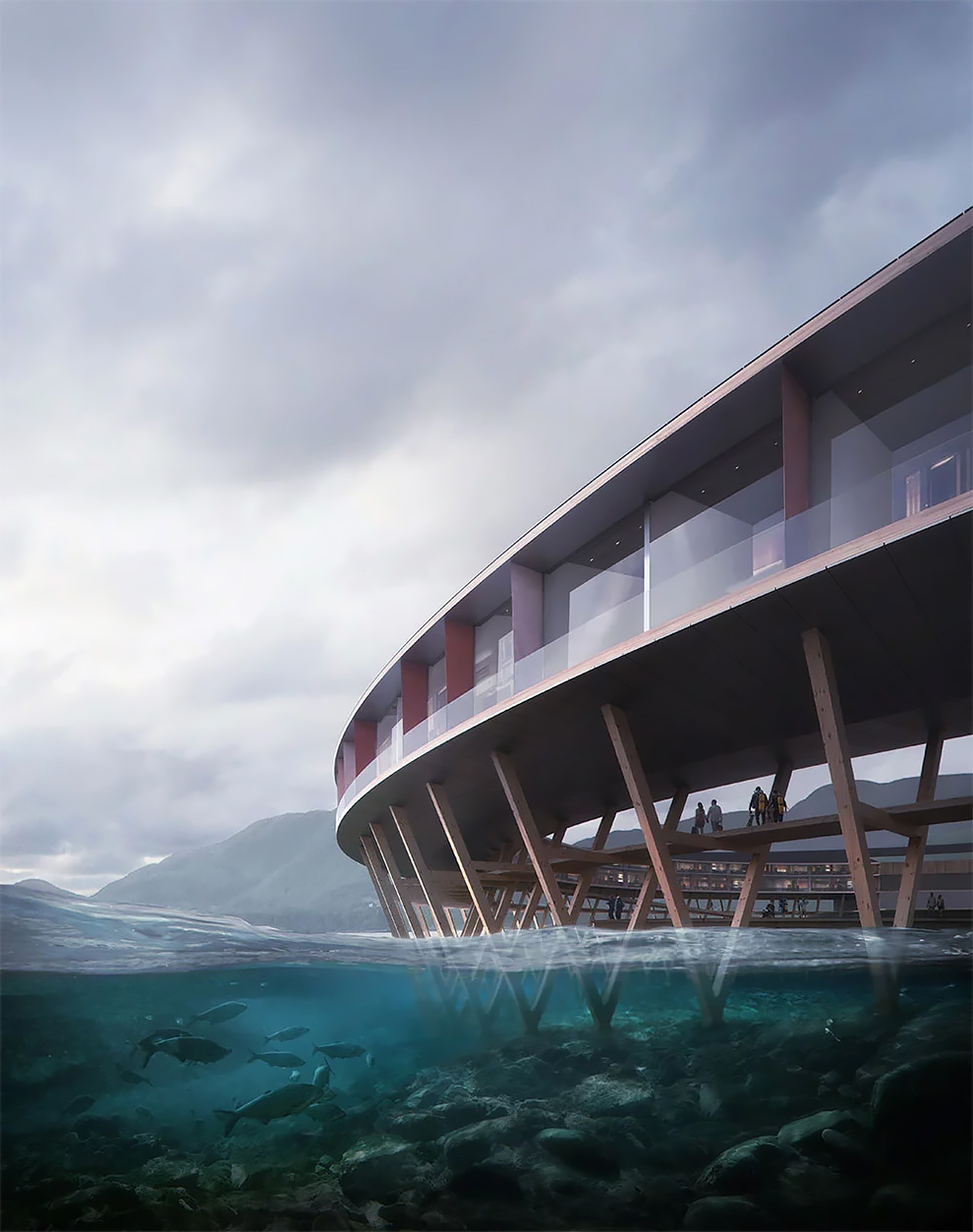 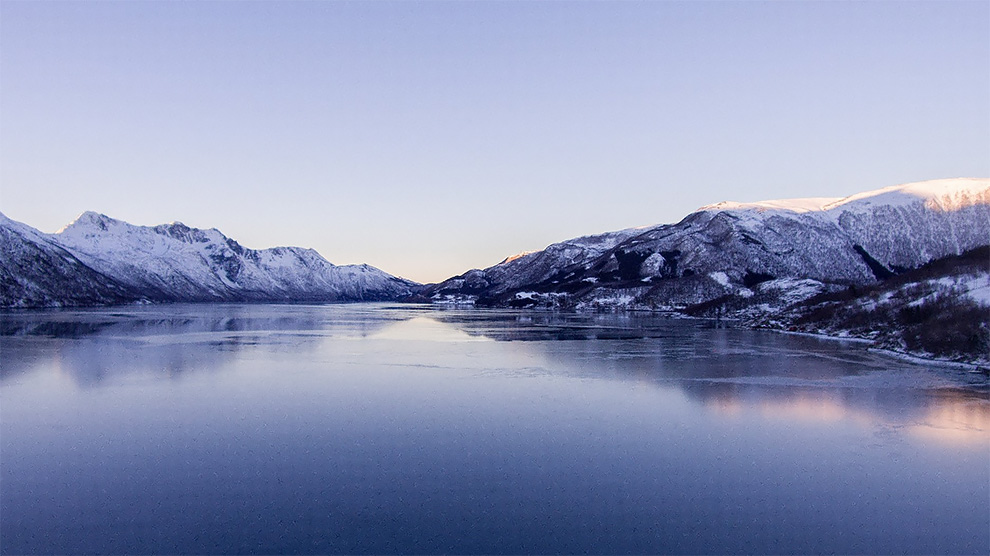 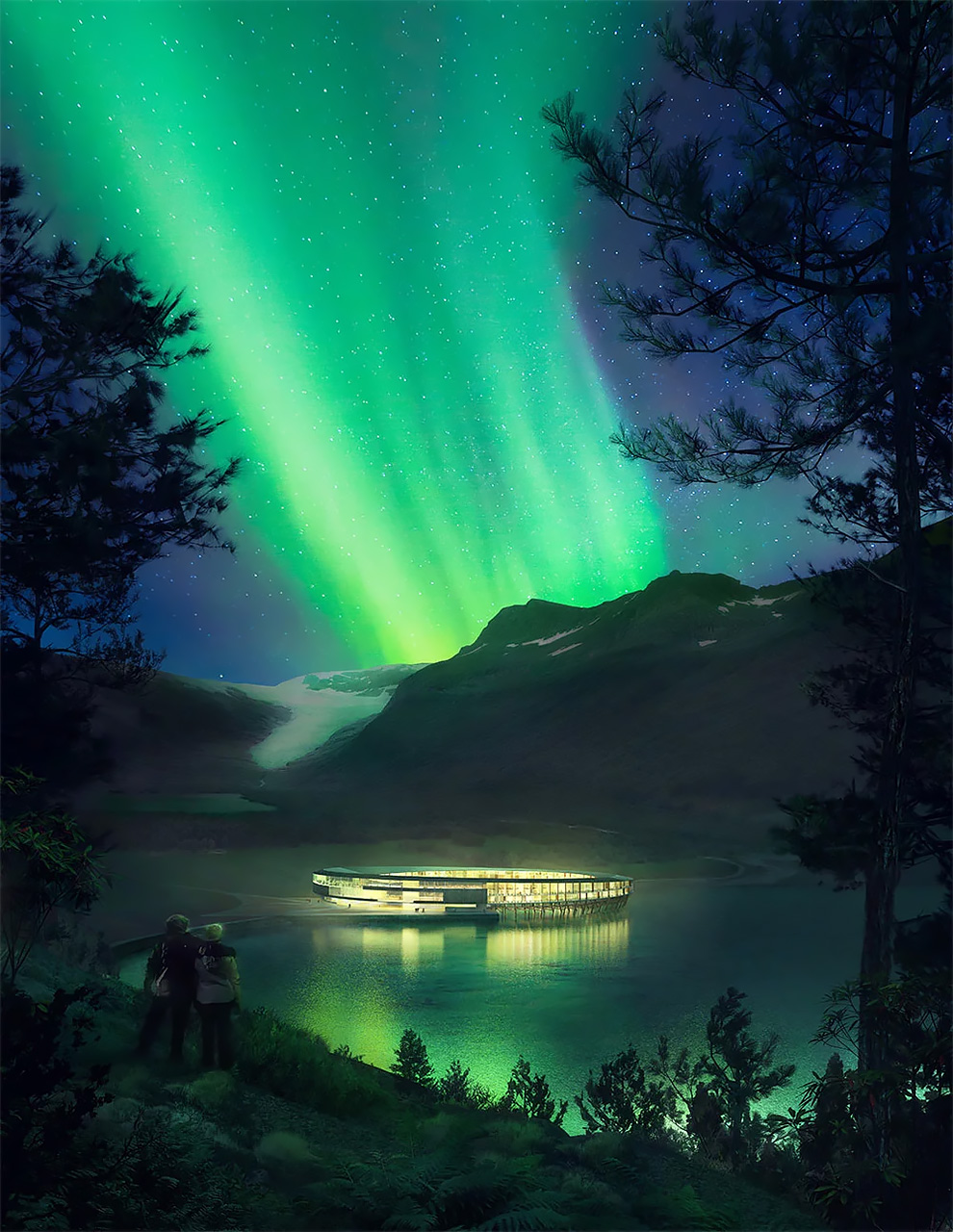 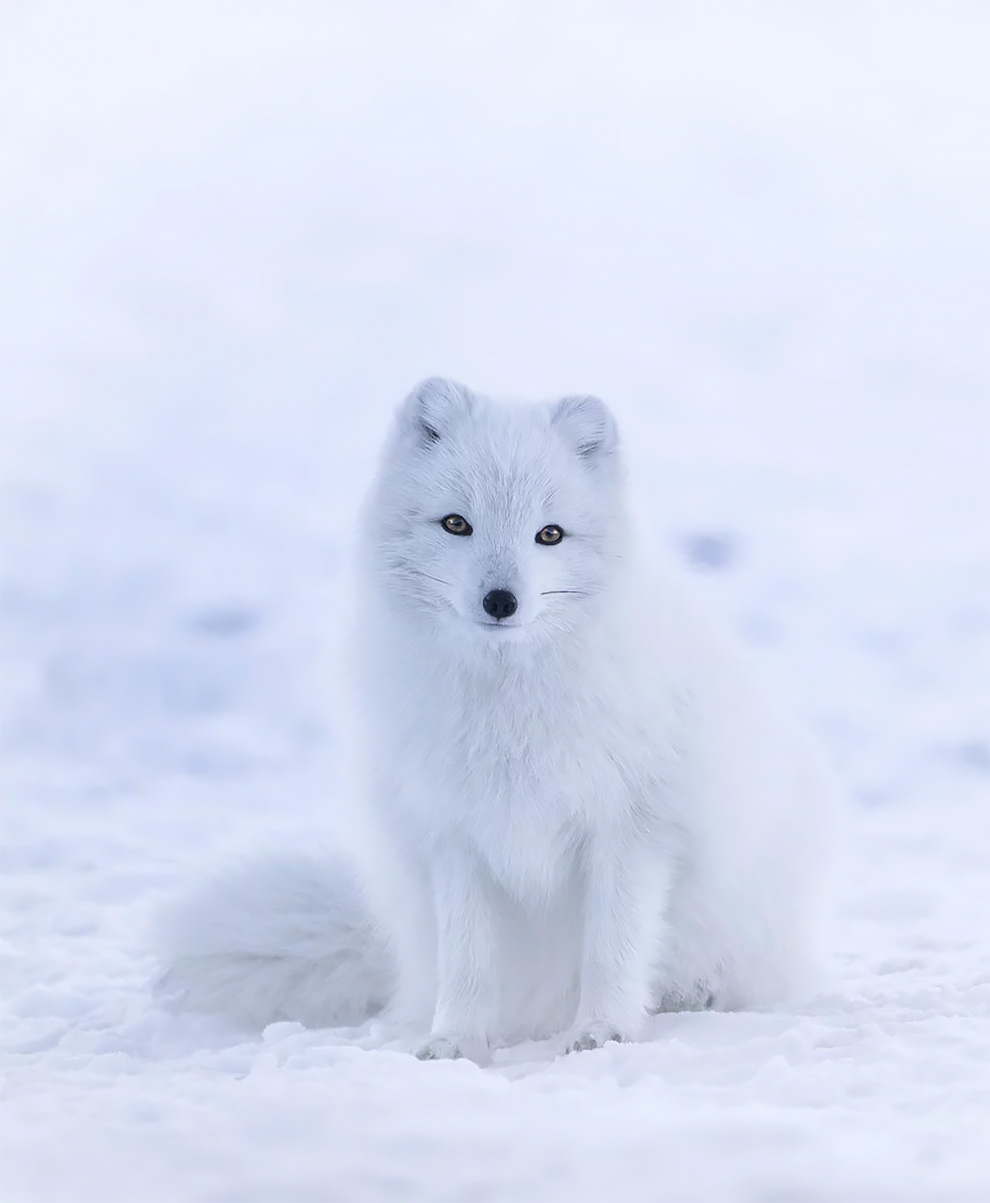 Couple Travels Country In Their Tiny House They’d Built Themselves For Under $20,000
Beautiful Photos Of The 2015 New Year’s Eve Celebrations On Copacabana Beach In Brazil
Penitentes - The Strange Snow Formations
A Turquoise Lake In Siberia Where People Have Been Taking Selfies Is Actually A Toxic Power Plant's Ash Dump
The Photographer Has Travelled The Western Australian Coast Since The Early 90s, Capturing Clotheslines In All Their Glory
Stunning Aerial Photos Of Australia From Above
This Woman And Her Cat Have Been On The Most Gorgeous Sailboat Adventure Since 2006
Witches Market in Bolivia
Surreal Abandoned Building From Kamchatka
Tam Coc - Bich Dong
Discover The Abandoned Orient Express Train In Belgium
Travel Times To Cities Around The World
I Follow You! Christian LeBlanc Copies Instagram Craze With Photos Of Girlfriend Leading Him
32 UK Towns With Hilarious Names That Actually Exist
Highline Festival in Monte Piana: Hammocks Miles above Ground
Travel Photographer Proves Dinosaurs Are The Key To Taking The Best Pictures
This Adventurous Couple Who Are Paid To Explore The World Will Give You A Serious Case Of Wanderlust
A Match Made In Heaven: This Chinese Couple Have Lived In A Cave For 54 Years
These Photos From An Abandoned Doll Factory Will Fuel All Of Your Nightmares
No Pants Subway Ride 2016
The Mudmen Of The Western Highlands - The Terrifying Tribe From A Remote Part Of Papua New Guinea
Chinese People Taking Their Pet Cabbages For A Walk
400-Year-Old Colonial Church Emerges From Mexican Reservoir as Water Levels Drop
Extraordinary Images Of The Costa Concordia Cruise Ship By Jonathan Danko Kielkowski
Fukushima: 5 Years After The Tragedy
Yes, This Is The Real-Life Waterworld Project
The Traditional Epiphany Parade in Spain
Traditional Historical Ski Race In Czech Republic
Backpacked: Explore New Zealand Through The Lens Of A Belgian Photographer
arctic, circle, hotel, other, unlike