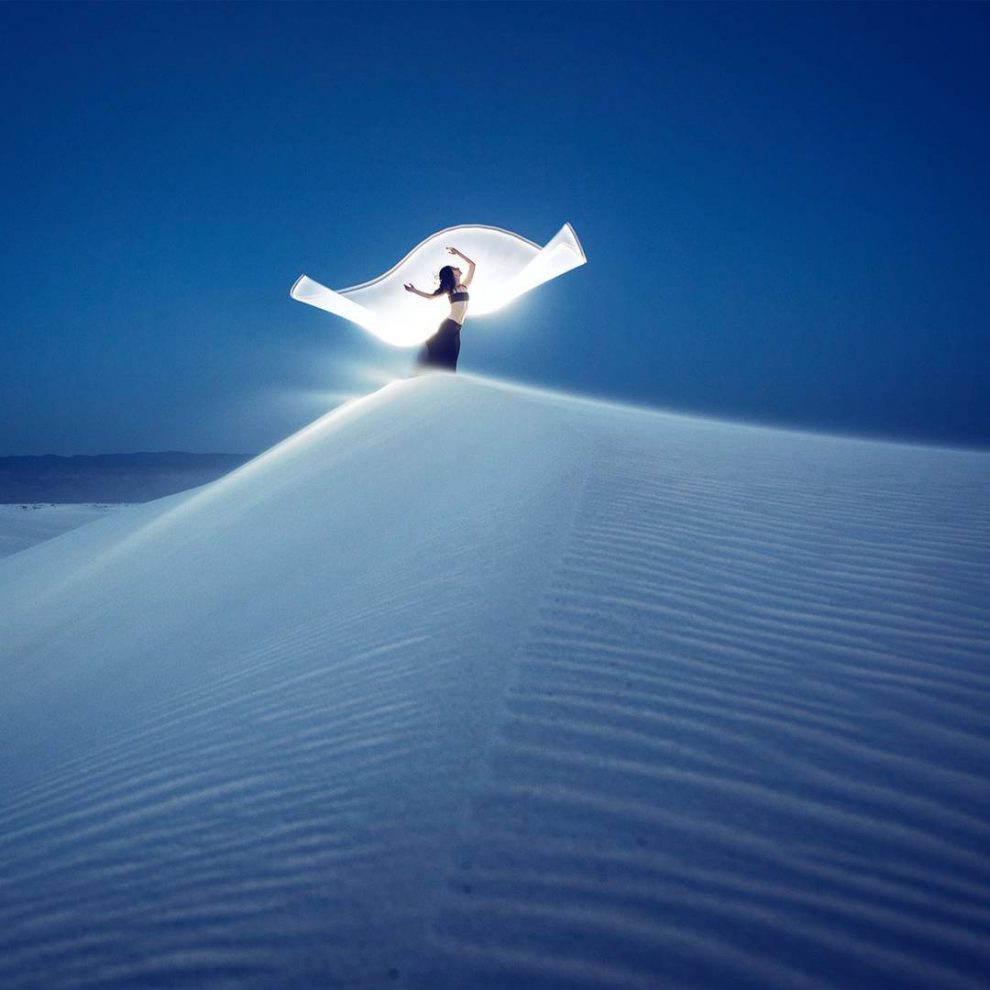 With a camera remote in one hand and a light-tube in the other, it only takes one second for Canadian photographer Eric Paré to shoot his “light-painting” photographs. Over the years, Paré has traveled the world from Dubai to San Francisco snapping some truly incredible photographs along the way. With their colorful and kinetic lighting, the photos take on an ethereal quality.

When he is not traveling in deserts or by the sea, he can be found in his studio in Montreal where he has developed a full 360 degree camera system with his team. His most recent international projects were made with Adobe, Twitter, Bacardi/Dewar’s, Riot Games, Dom Perignon and Fotolia.

The model in Eric’s portfolio is Kim Henry. 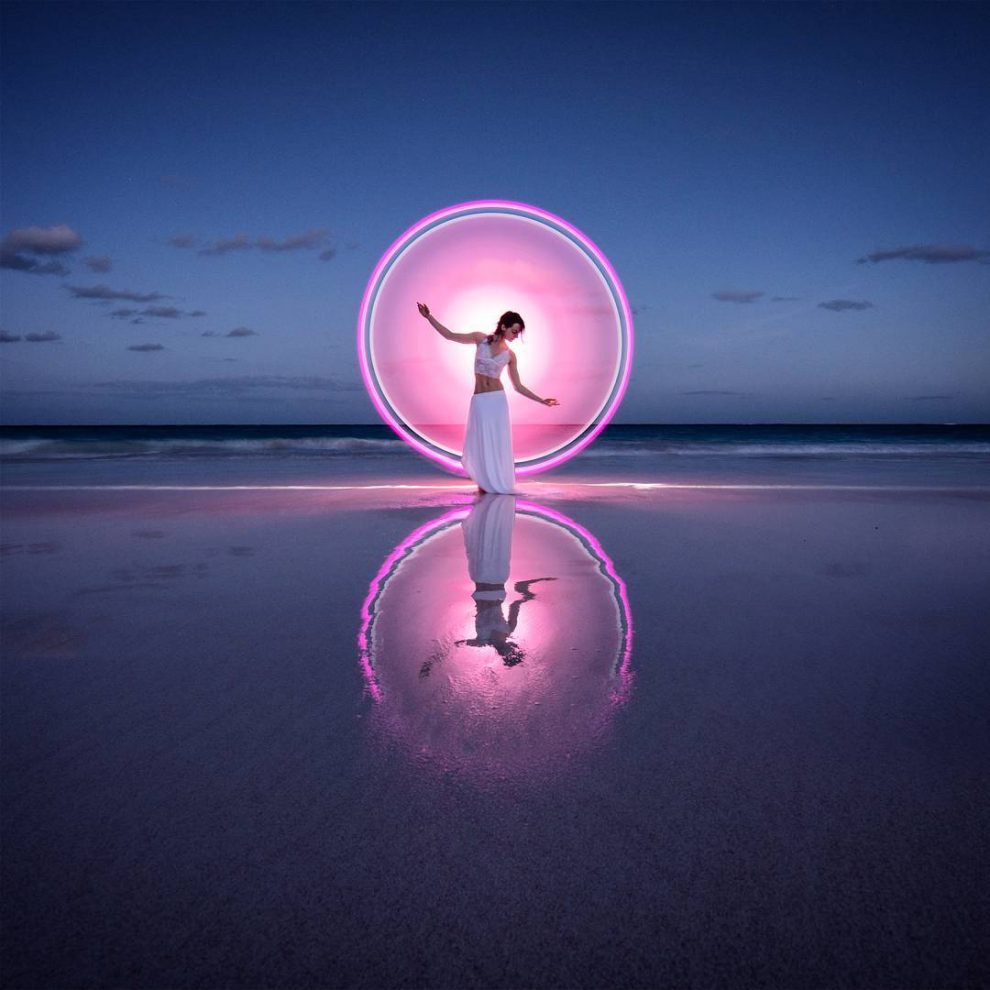 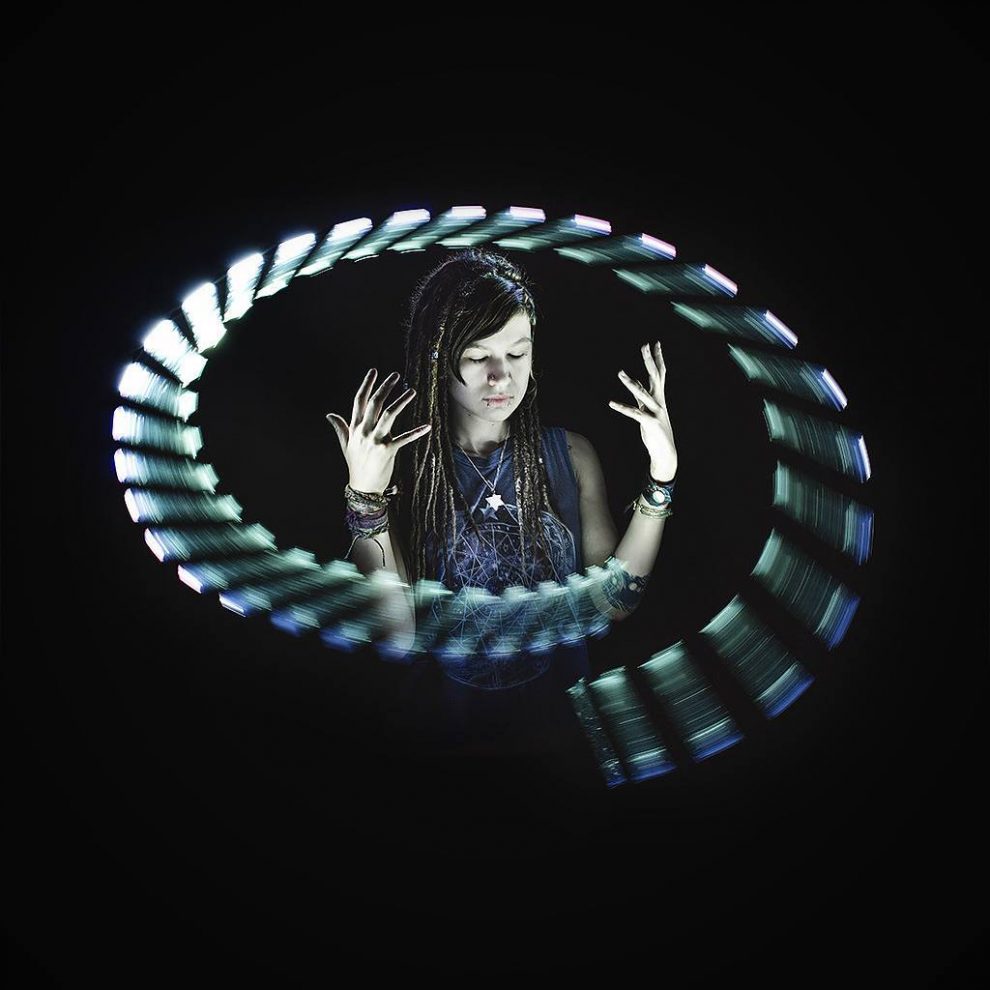 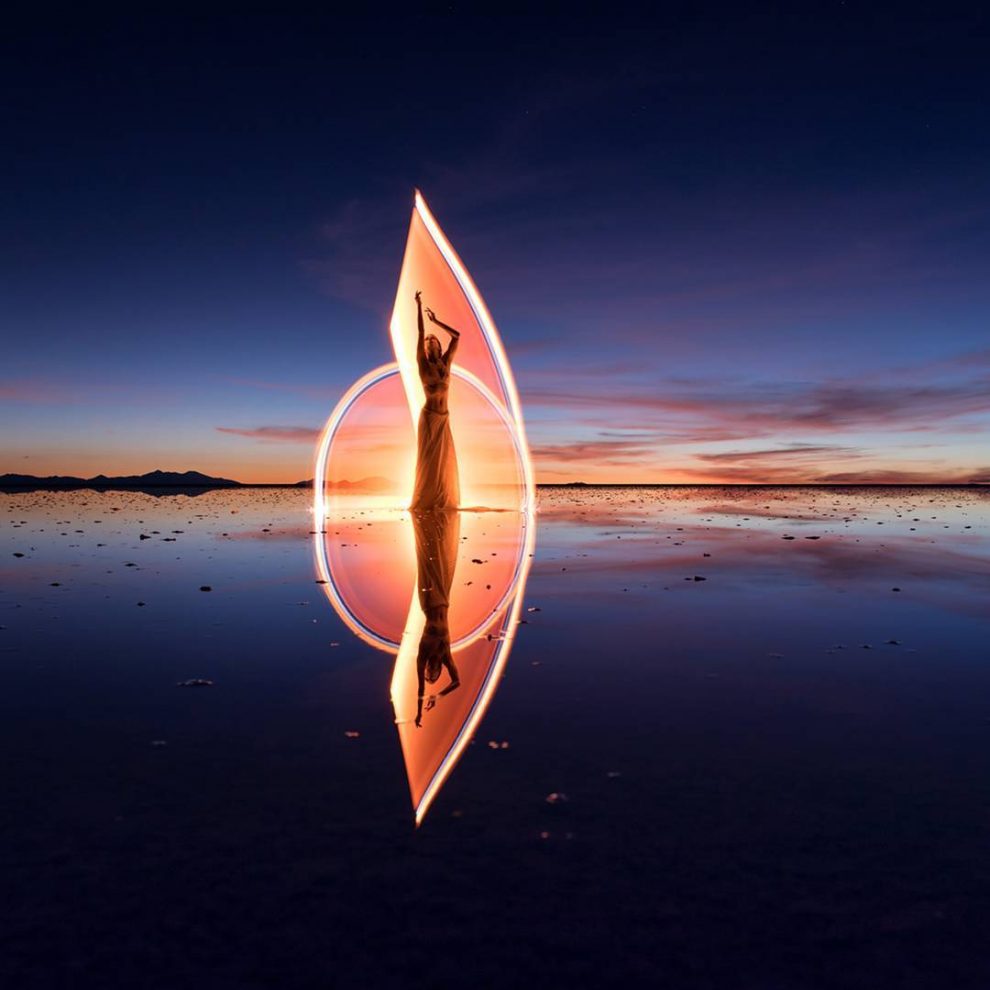 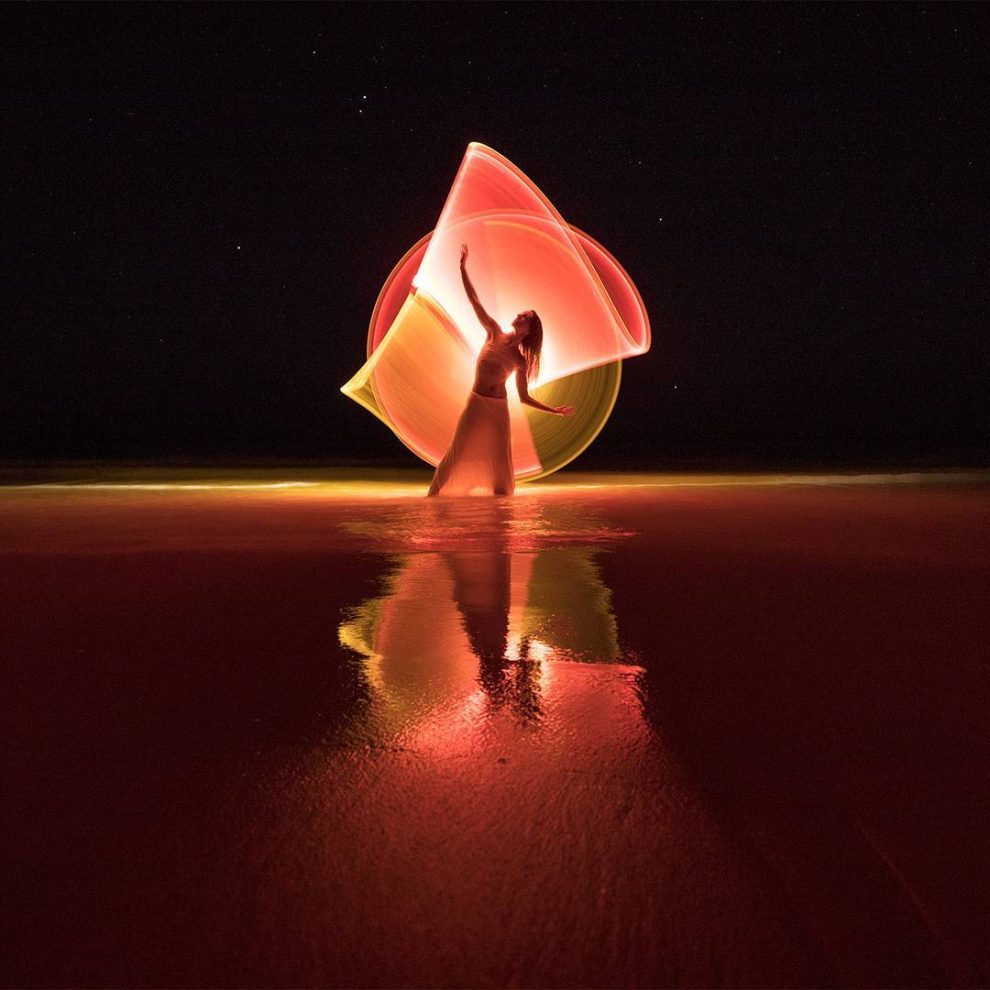 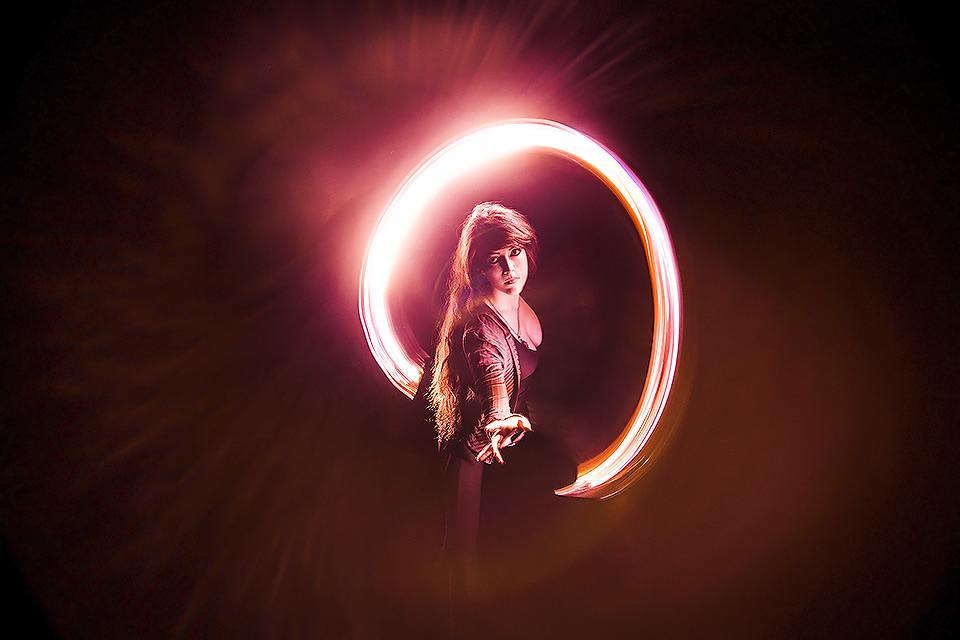 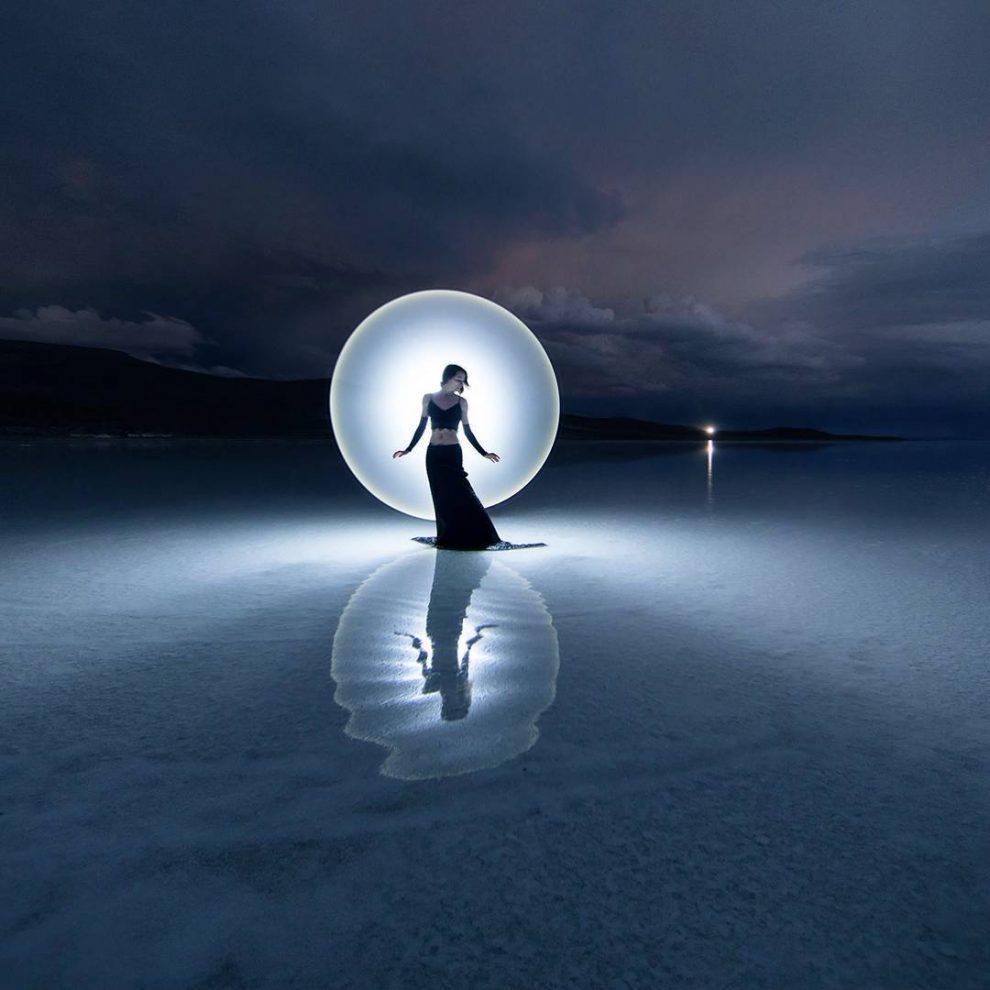 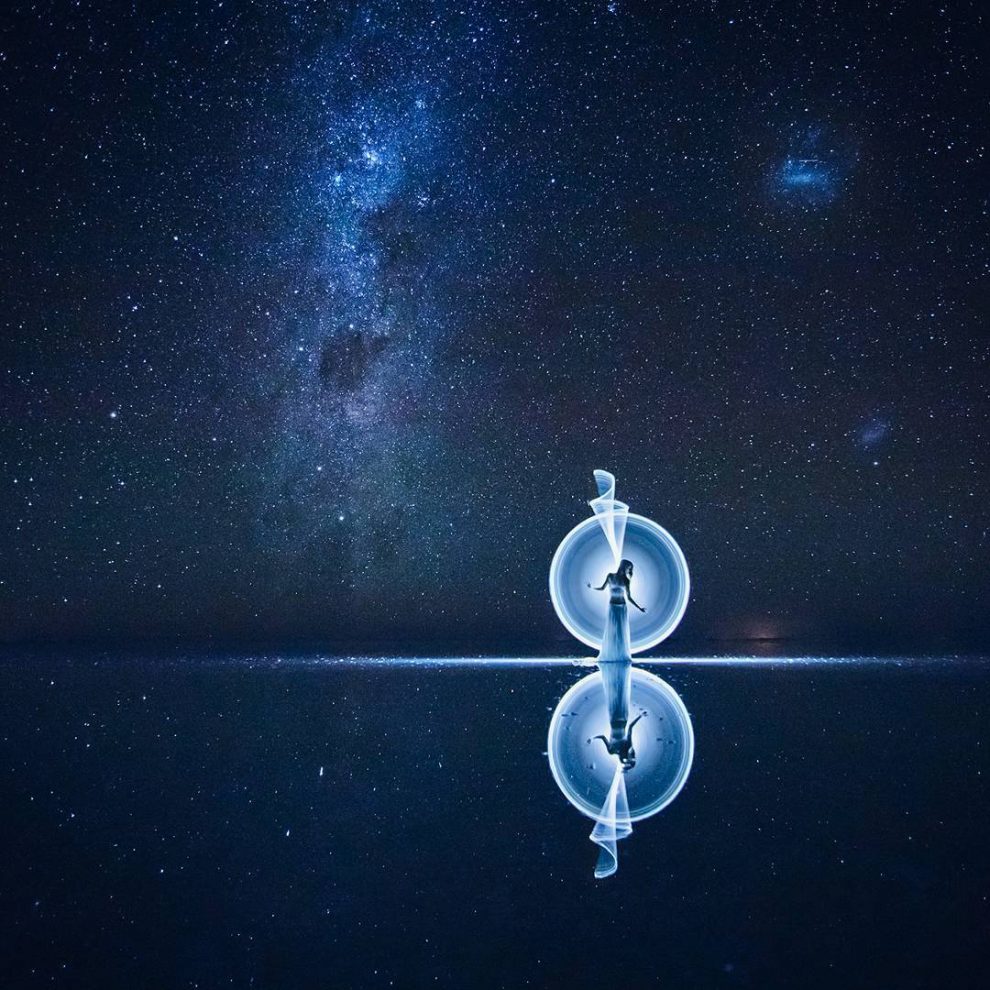 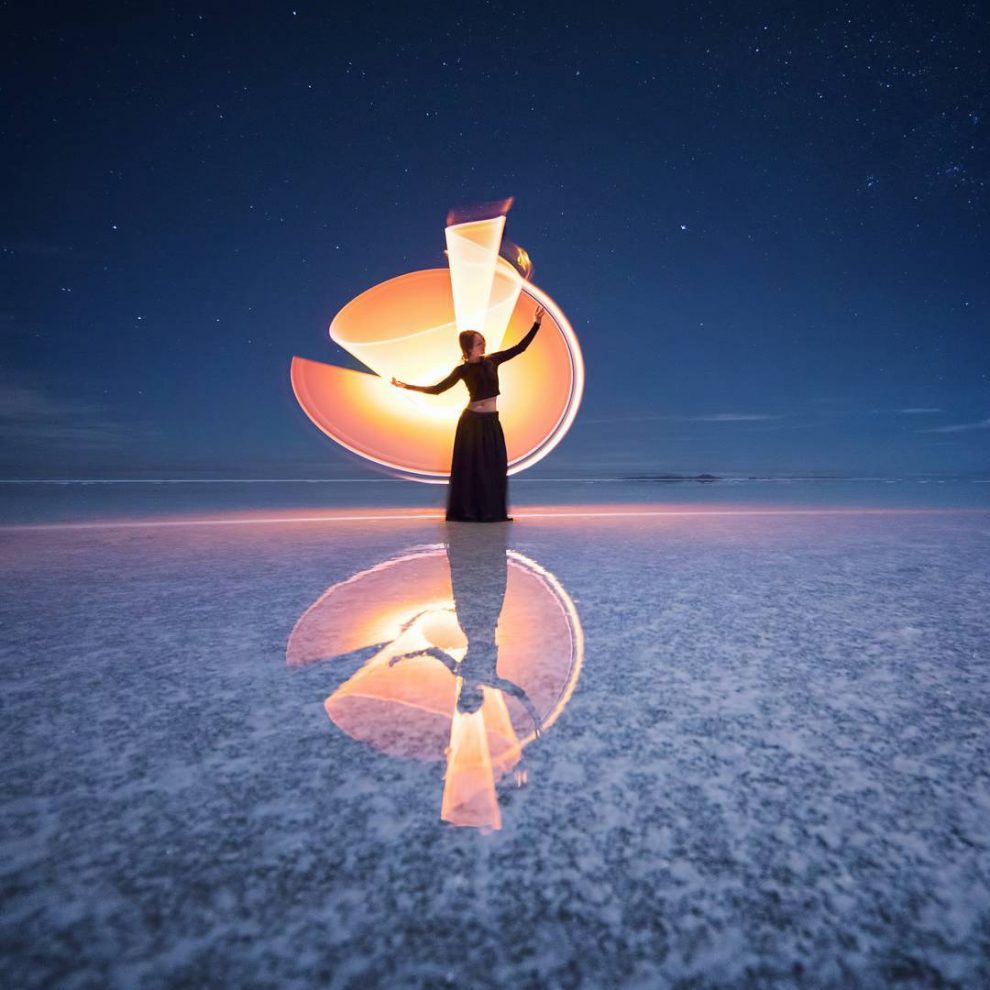 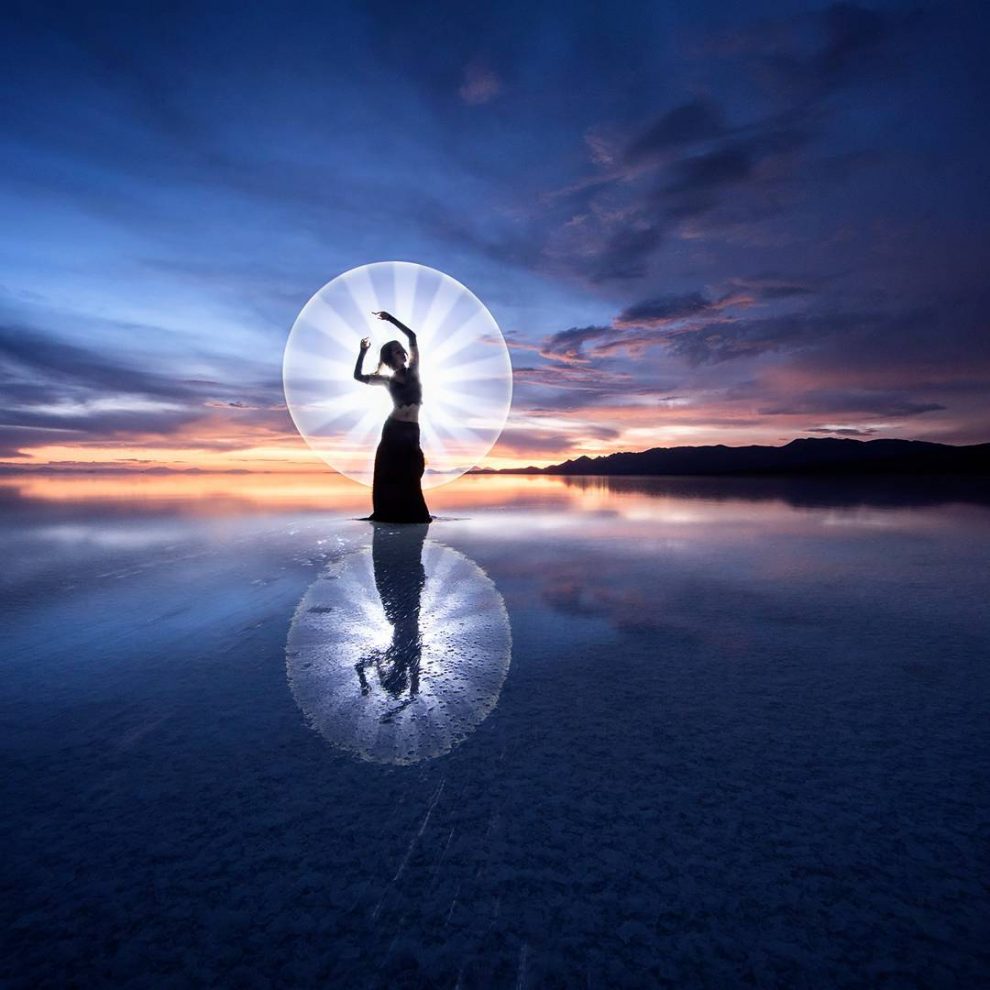 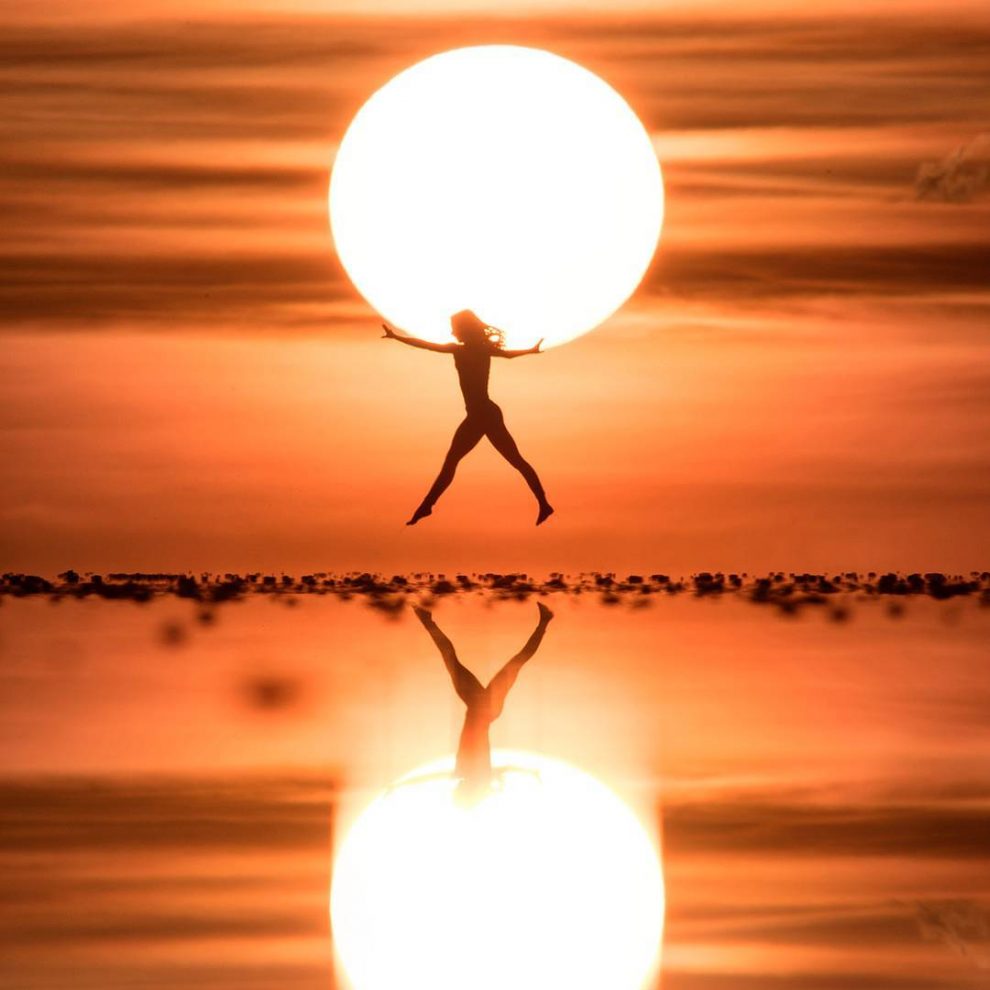 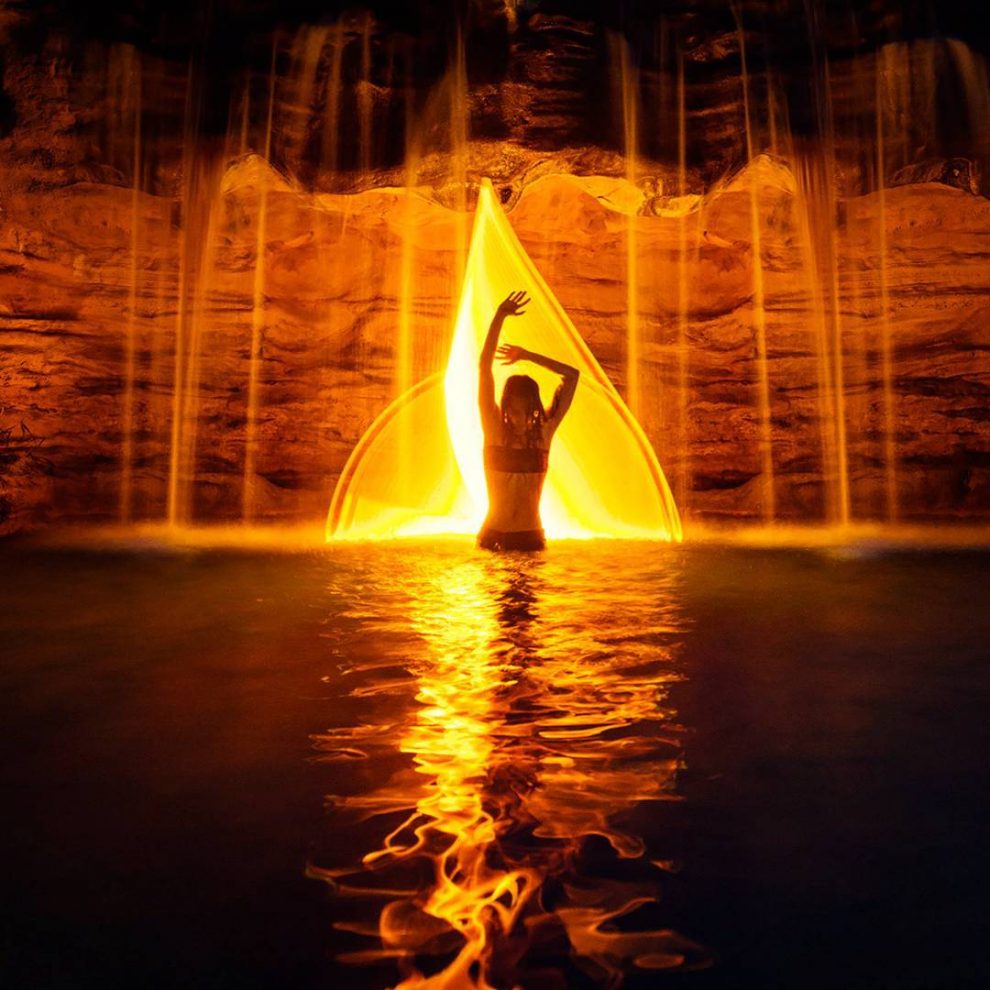 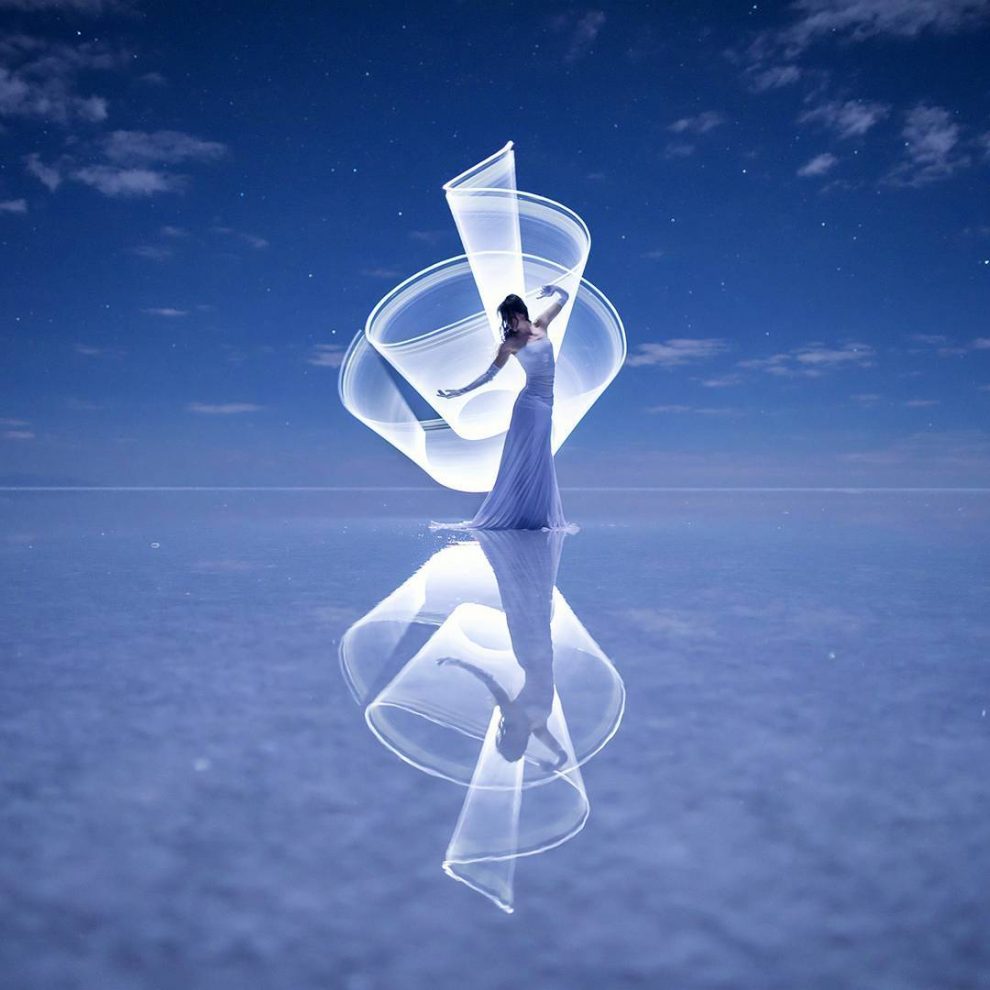 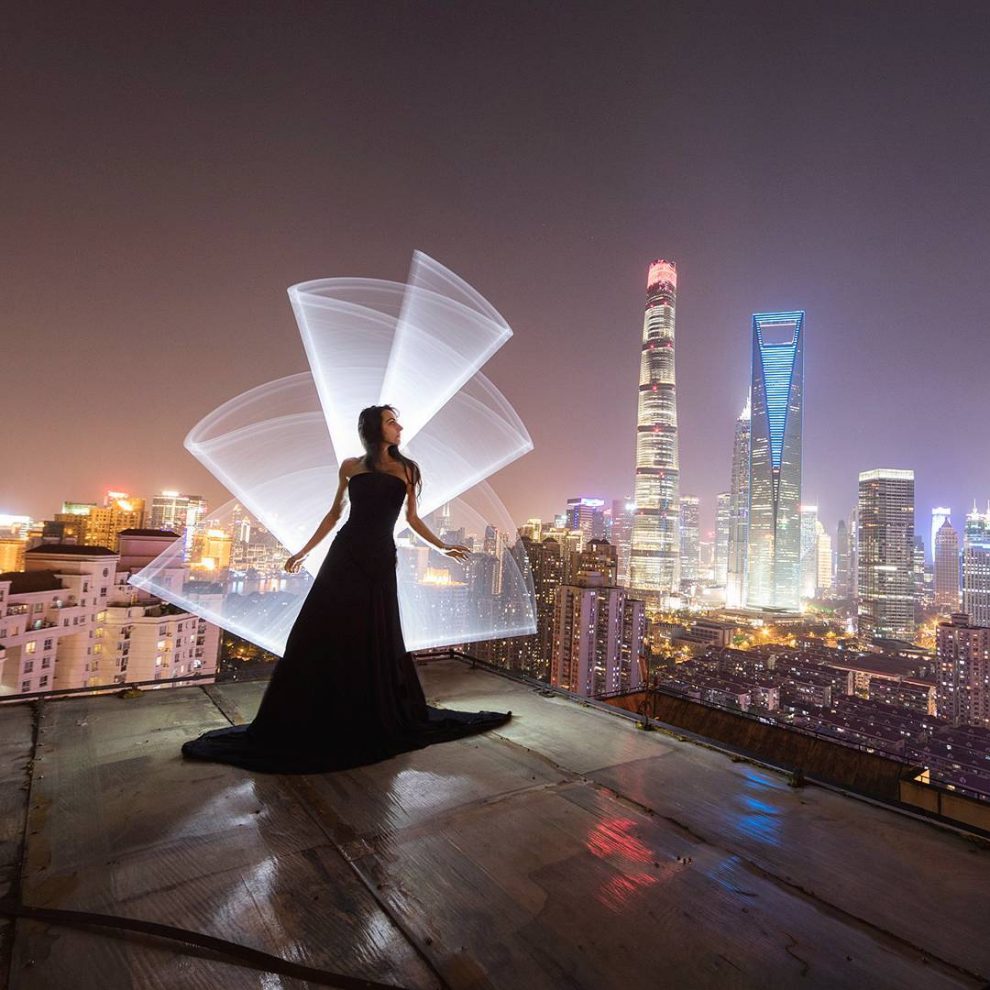 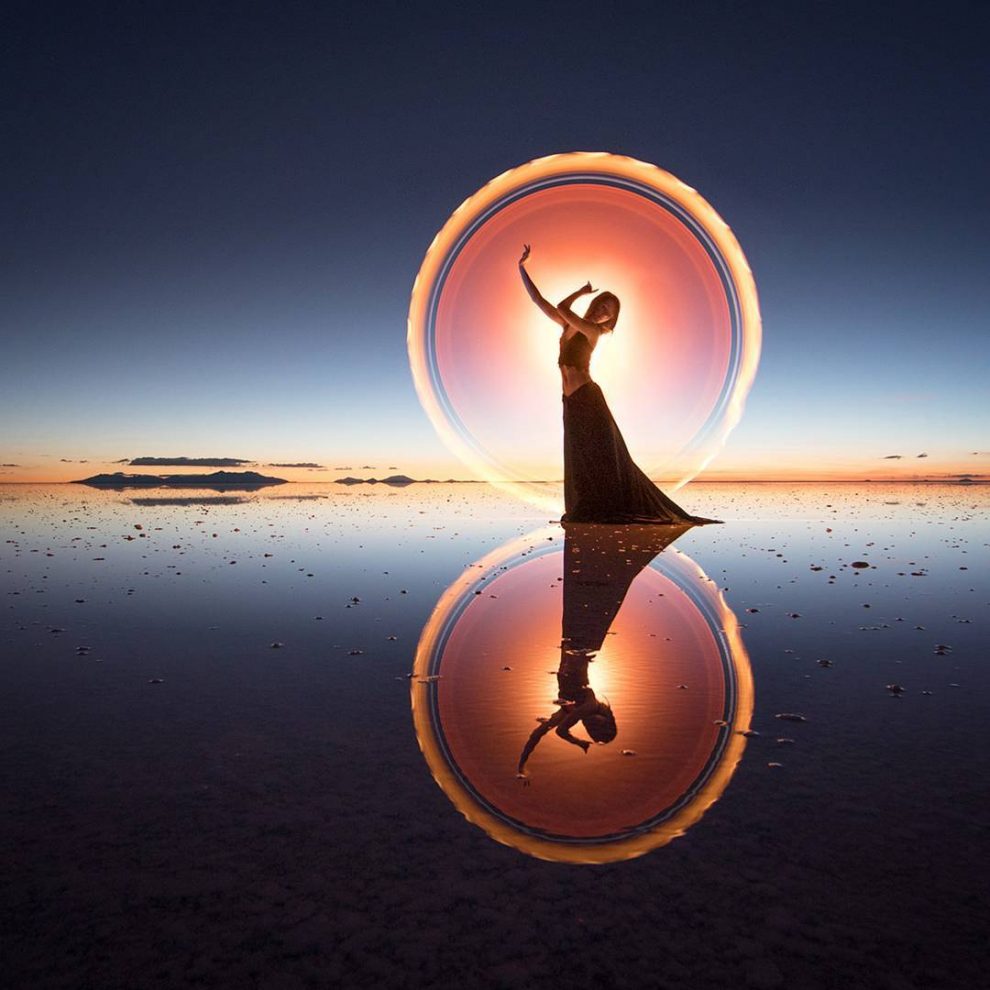 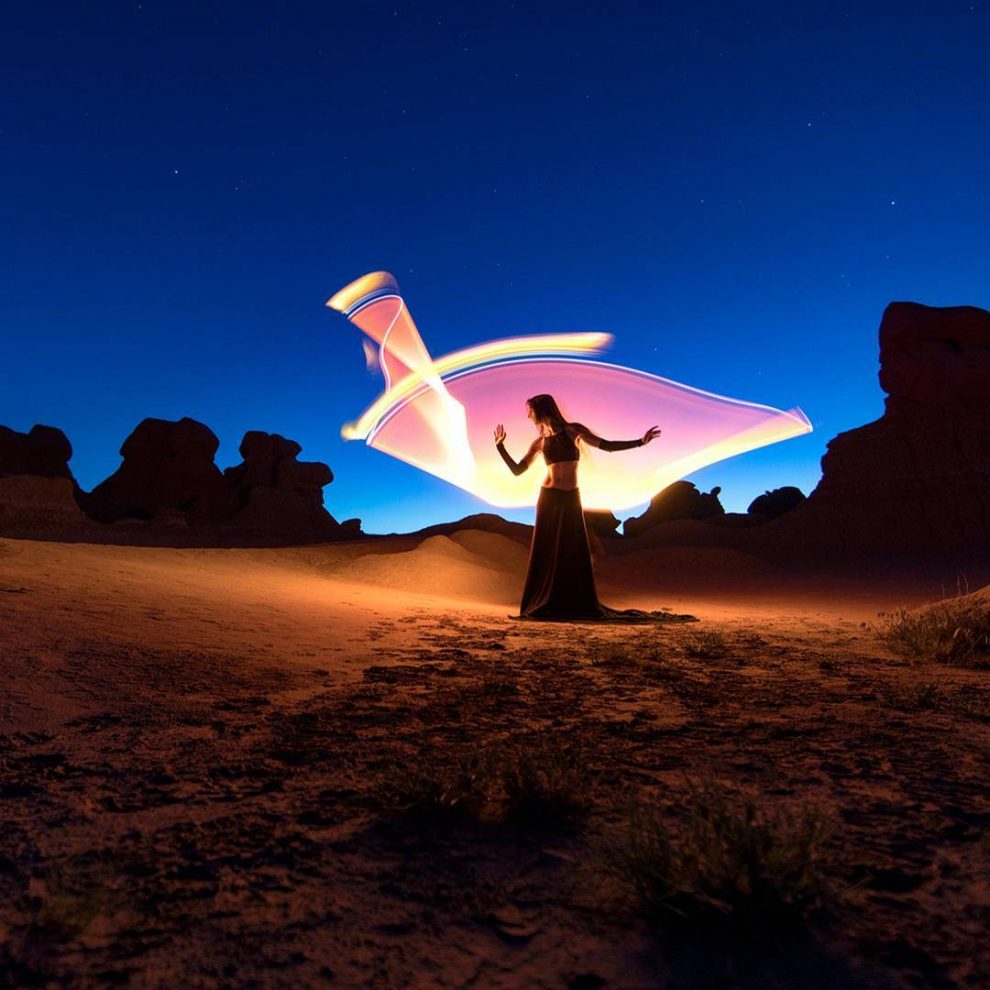 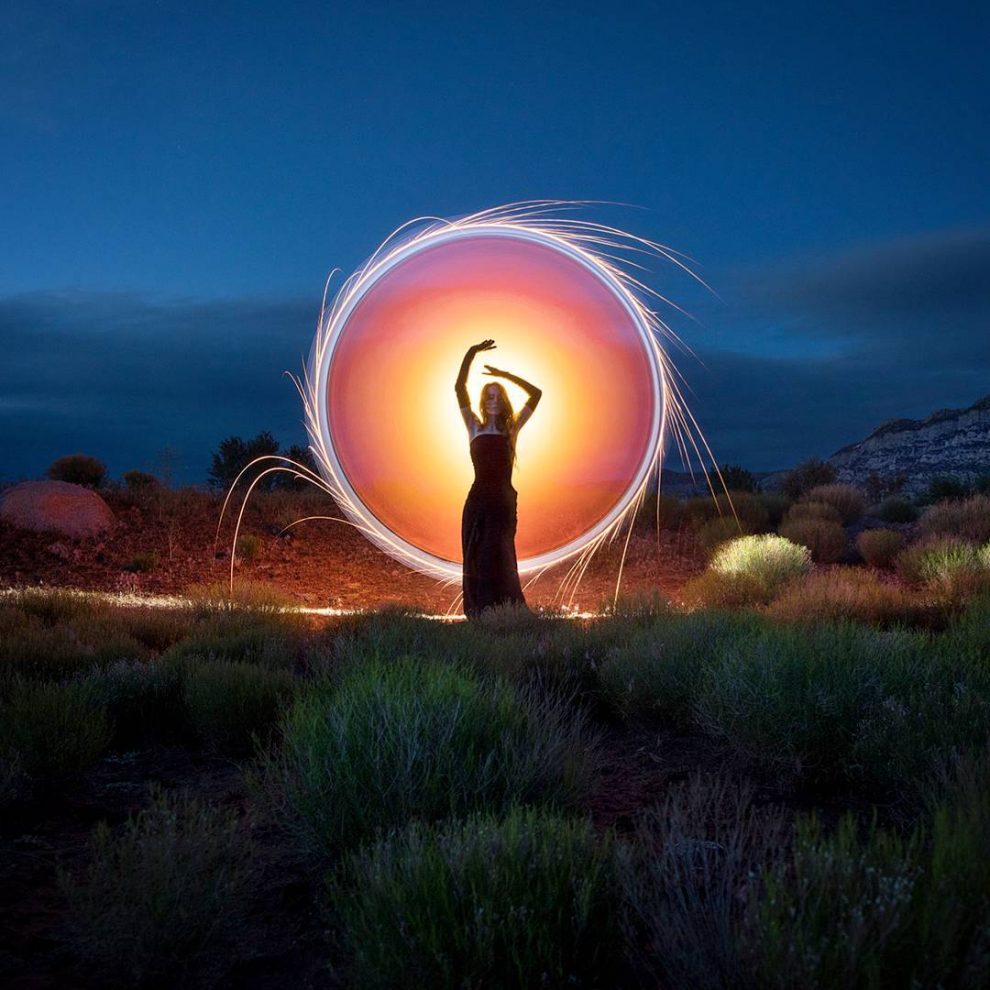 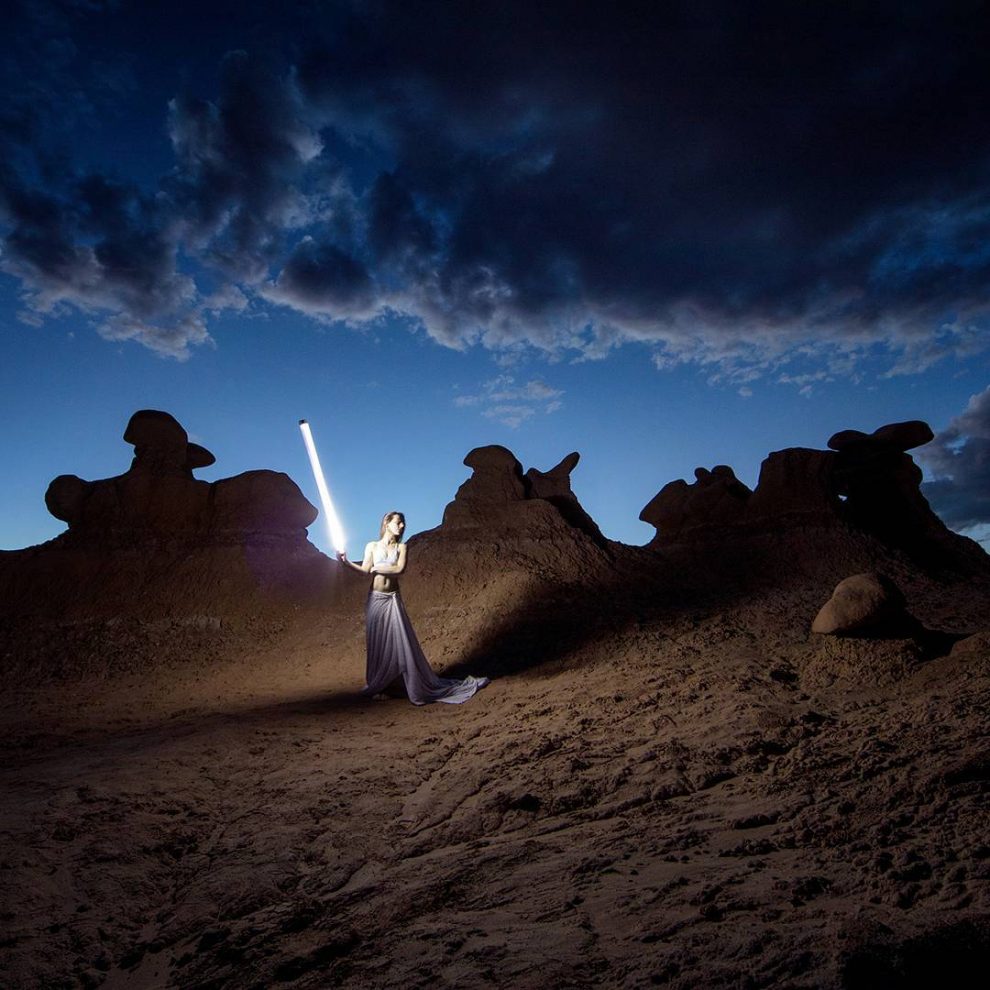 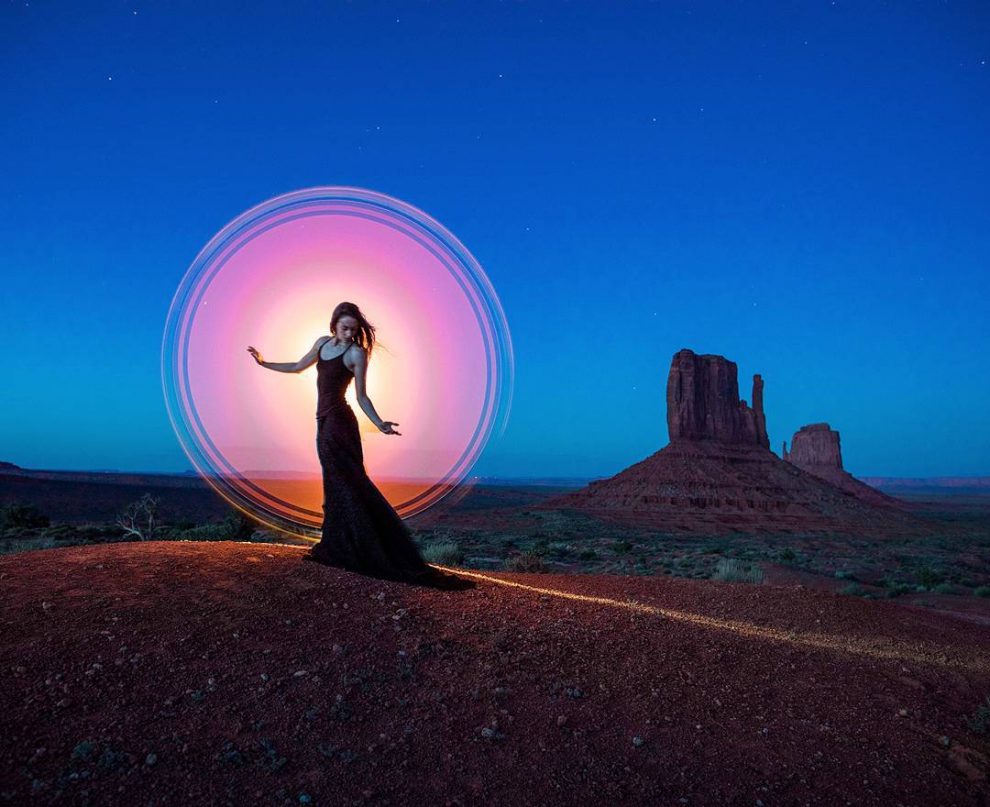 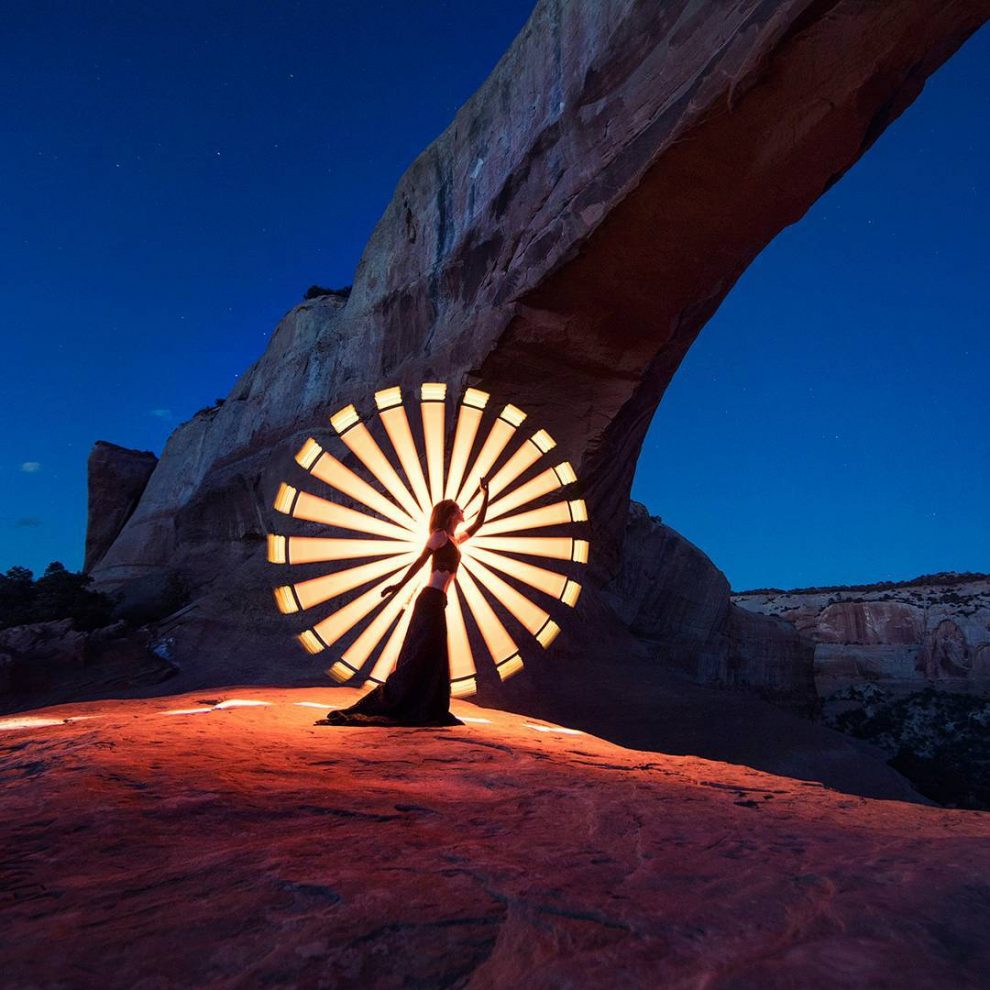 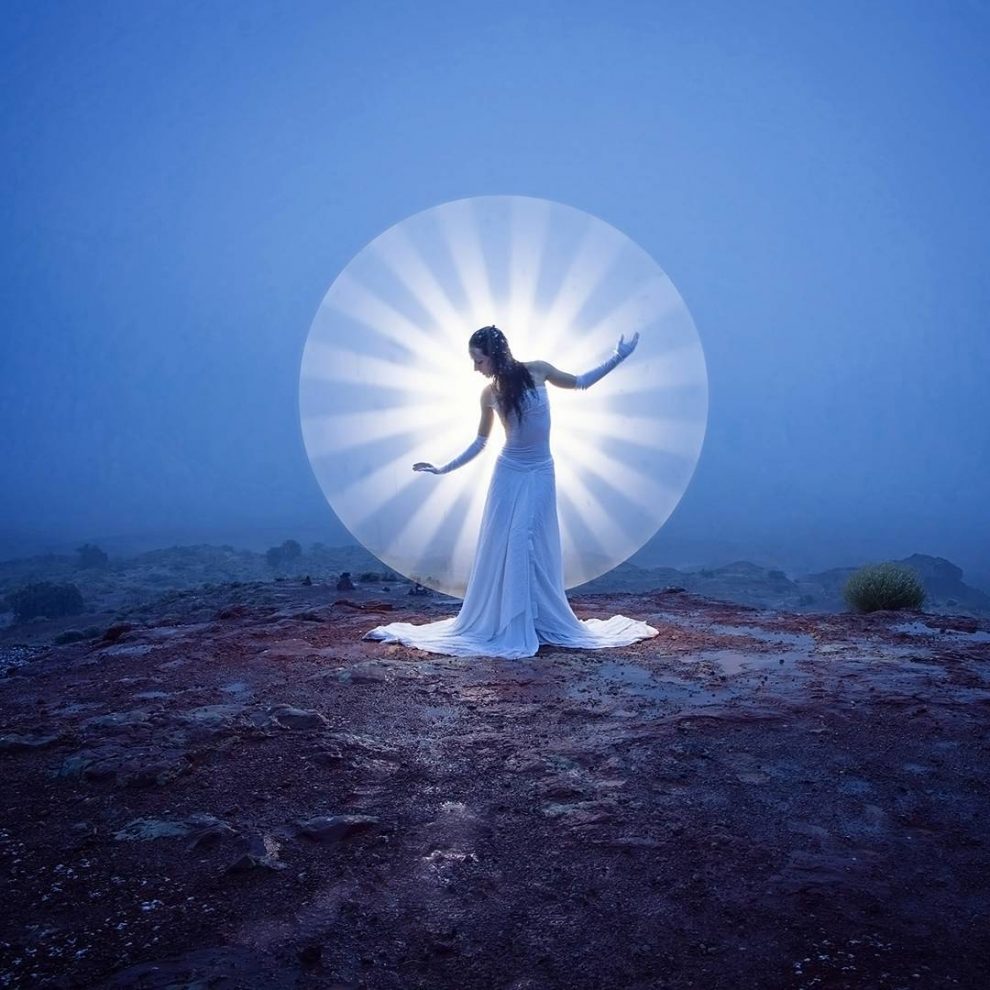 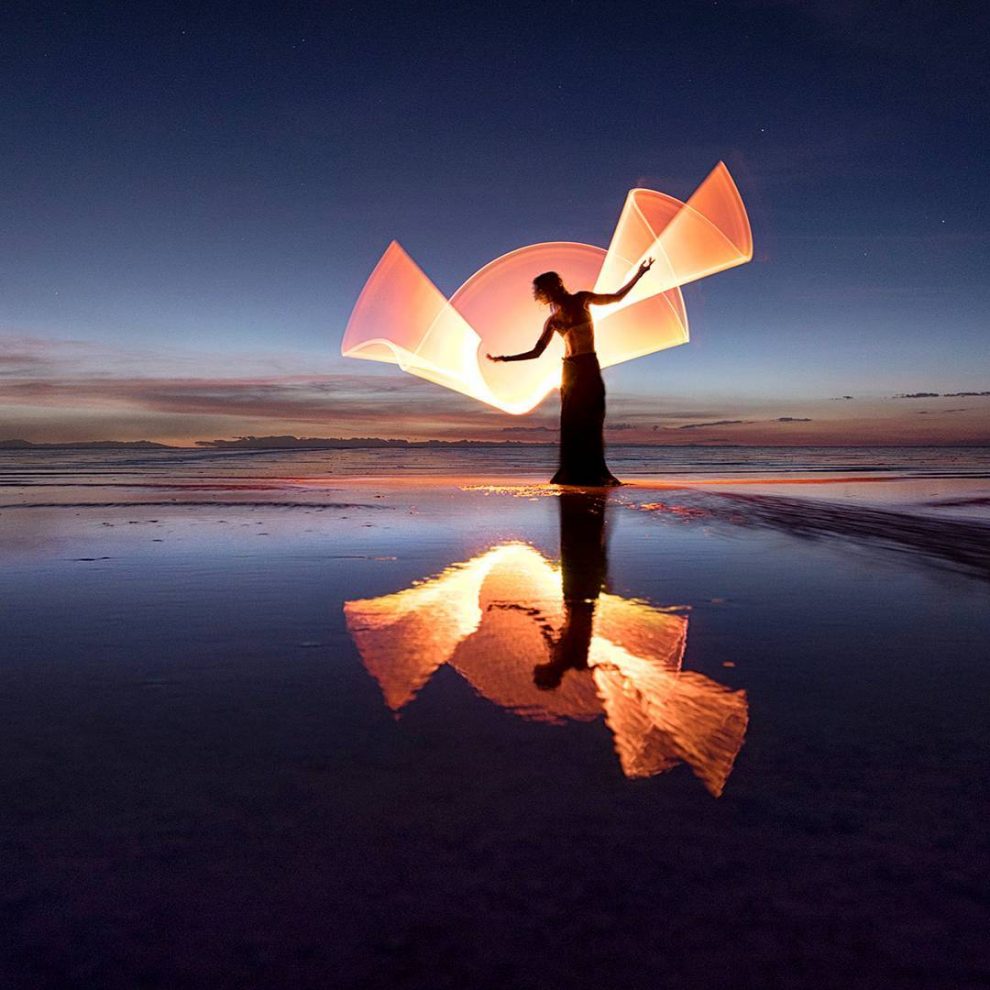 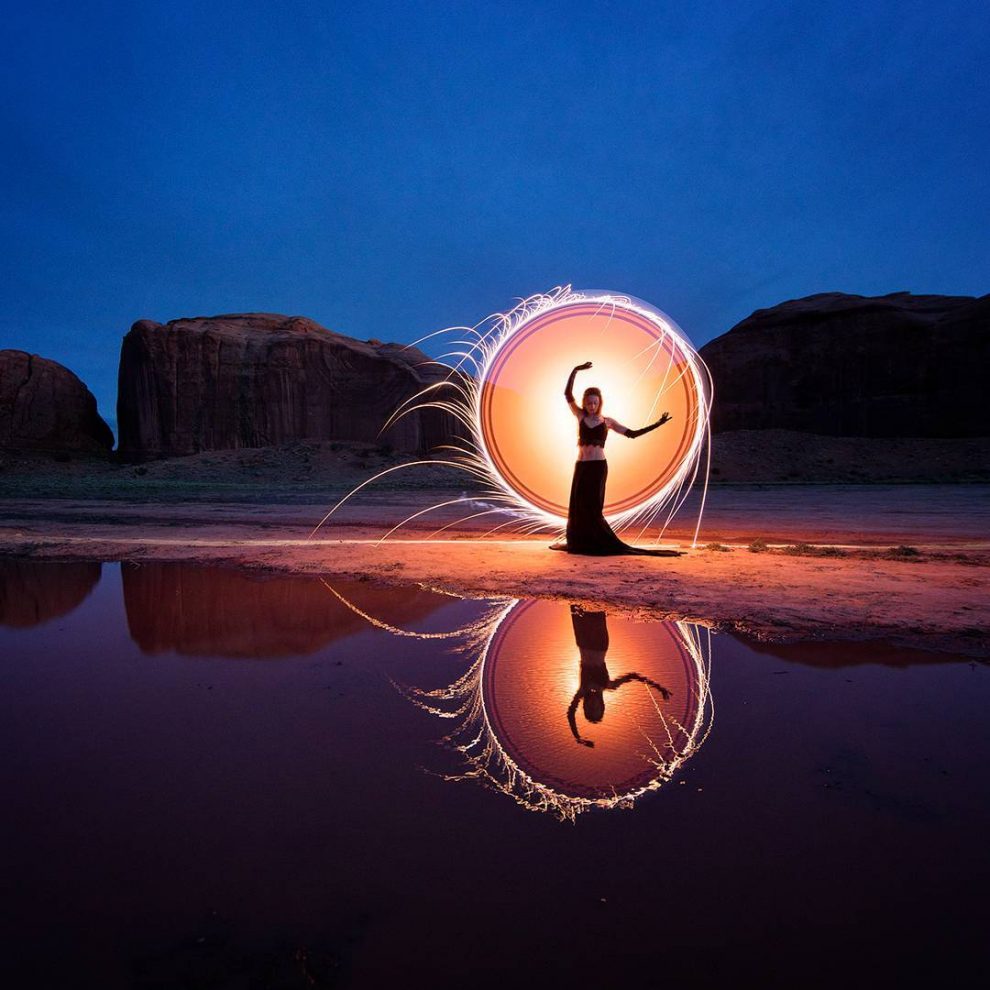 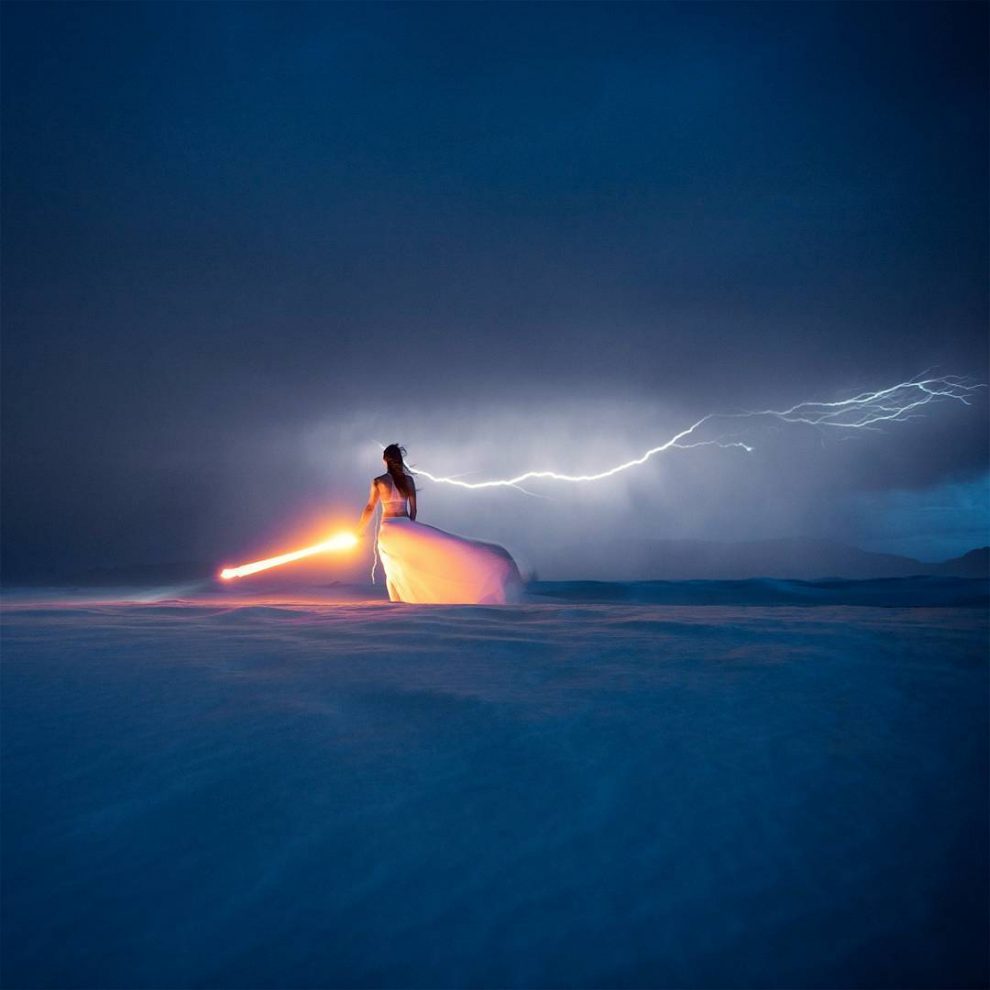 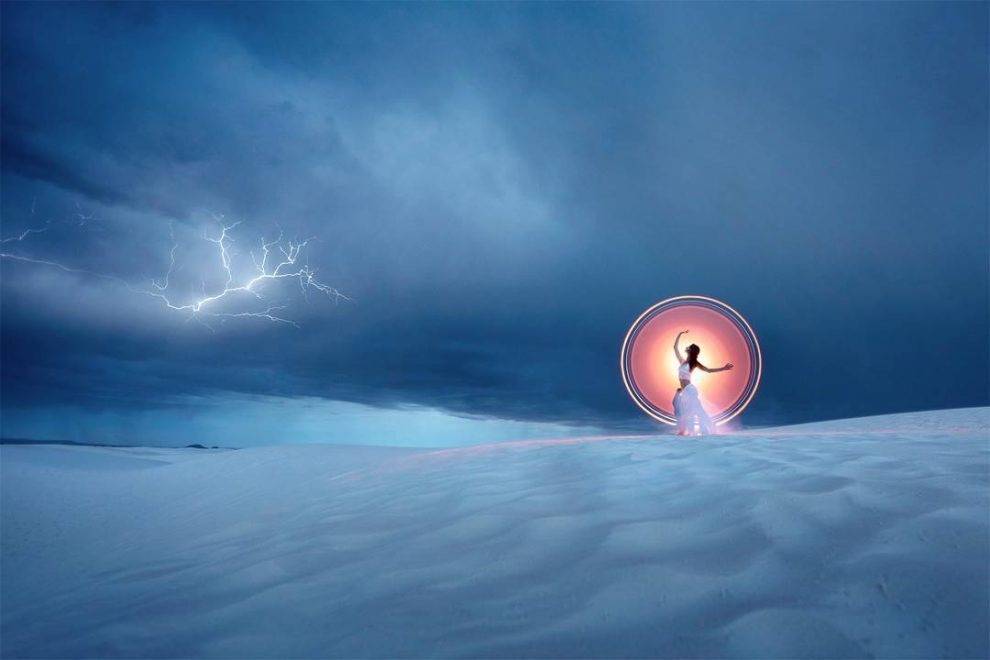 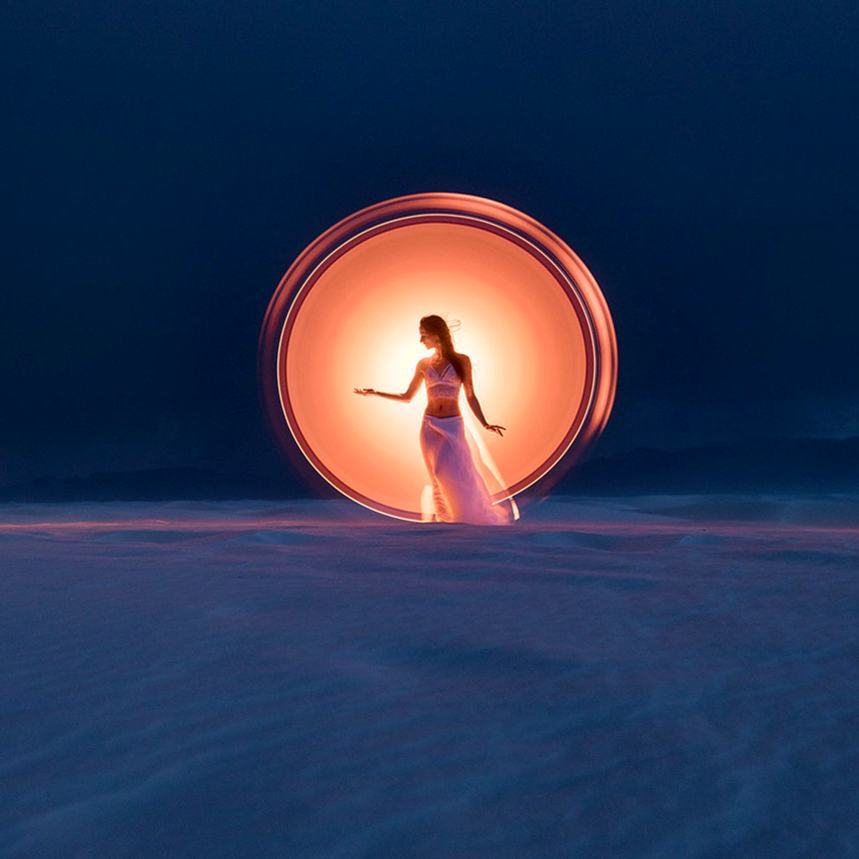 Photo of the Day: Fire Escape
Fantastic Aerial Photos of Beautiful Botswana by Zack Seckler
Portraits of a Baby Boy and Bulldog Who Were Born on the Same Day
Golden Age of Facial Hair: Cool Photos That Defined Beard Styles of Victorian Men
UK Astronomy Photographer Of The Year 2016 Shortlist
Behind the Scenes: A ‘Kill Bill’ Bloodbath
Incredibly Colorized Pictures Show The Life Of Russian People In The Past
Glamorous Photos Of Marilyn Monroe Photographed By Ed Clark In 1950
Sign Of The Times: Protest Signs That Sum Up The Sixties
Creative Architecture Photography By Nick Frank
If You Take A Selfie Through A Toilet Roll Tube, You’ll Look Like The Moon
The Fifty Fifty Selfie Barber Shop
Underwater Photographer Jordi Benitez Castells Captures Jellyfish Off Spanish Coast
The Woman Who Turns Models into Monsters
Timeless New York Street Scenes Photographs In The 1950s, Found In A Home's Attic After Nearly 50 Years
Brand New Dewar's Street T-Shirt Collection
Photographer Captures Perfect Shots of Japan’s Great Buddha “Сrying”
Photo Gallery of the "Art Attack" 2011 Performance on Purim
Kyoto Photographer Shows the Beauty of Autumn Through Gorgeous Foliage Photos
Secret Underground Facility That Is Hidden Deep Under Moscow
Inside the McLaren MP4-12C factory
Photo of the Day: Joe and Max
'The Winners' by Rafal Milach
Winners & Finalists of The LensCulture B&W Photography Awards 2020
What If Abstract Models Were Real People? Photographer Imagines What The Subjects In Famous Paintings Would Look Like!
6-Legged Lamb Born in Georgia Plus 16 Other Bizarre Creatures
The Amazingly Detailed Living Pictures That Show How Scenes Throughout History May Really Have Looked
Beautiful Nordic Nature Through The Lens Of Photographer Roger Brendhagen
Instagram Model Crafts Incredibly Detailed Photo Shoot Sets That She Later Uses To Take Self-Portraits
Beautiful Monica Bellucci And Her Never-Before-Seen Pictures
light, painting, photography, signs, surreal