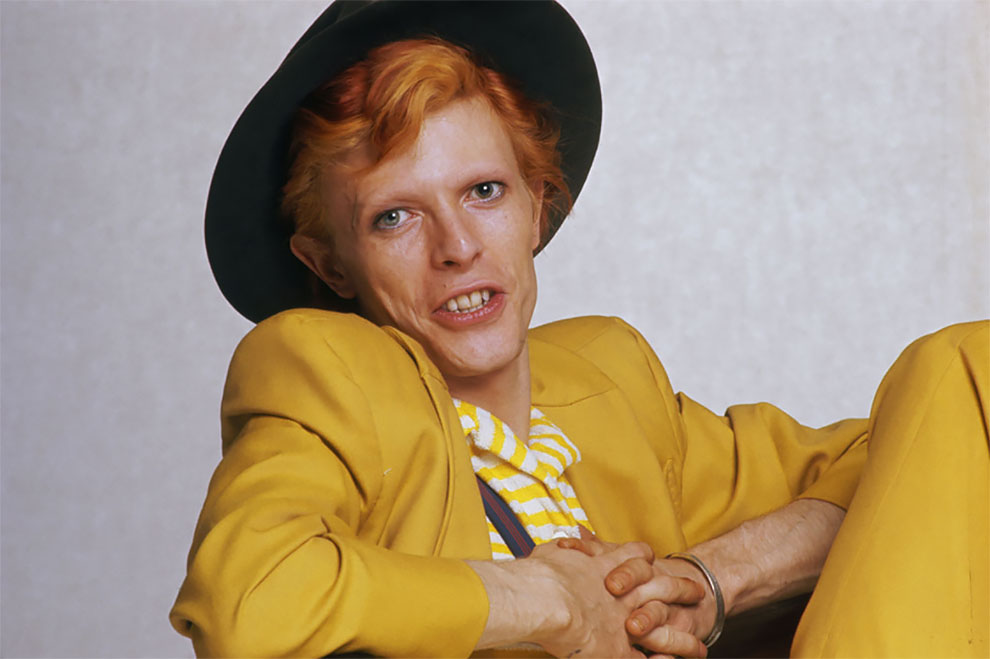 1974 was a year of change for David Bowie. He left London and retired his futuristic costumes and the alter ego that propelled him to fame, Ziggy Stardust. That year, while on tour for the promotion of Diamond Dogs, Bowie sat for the documentary photographer Terry O’Neill in Los Angeles. The assignment was for a magazine and Bowie styled himself.

“He walked into the studio with the most vibrant yellow-mustard suit and his hair was multi-coloured – a combination of yellow, orange and red,” O’Neill recalled. “I remember thinking how tired he looked knowing what we know now, he was living very fast in 1974, and you can see that in his eyes.”

Terry O’Neill came to prominence in the 1960s with the new generation of photographers – including David Bailey and Brian Duffy – who rejected the static formality of the posed photographs of the 1950s and went instead for spontaneity and unusual settings. O’Neill worked with Bowie a number of times creating some of the most striking images of him, in particular the photo shoots around the Diamond Dogs album and tour. 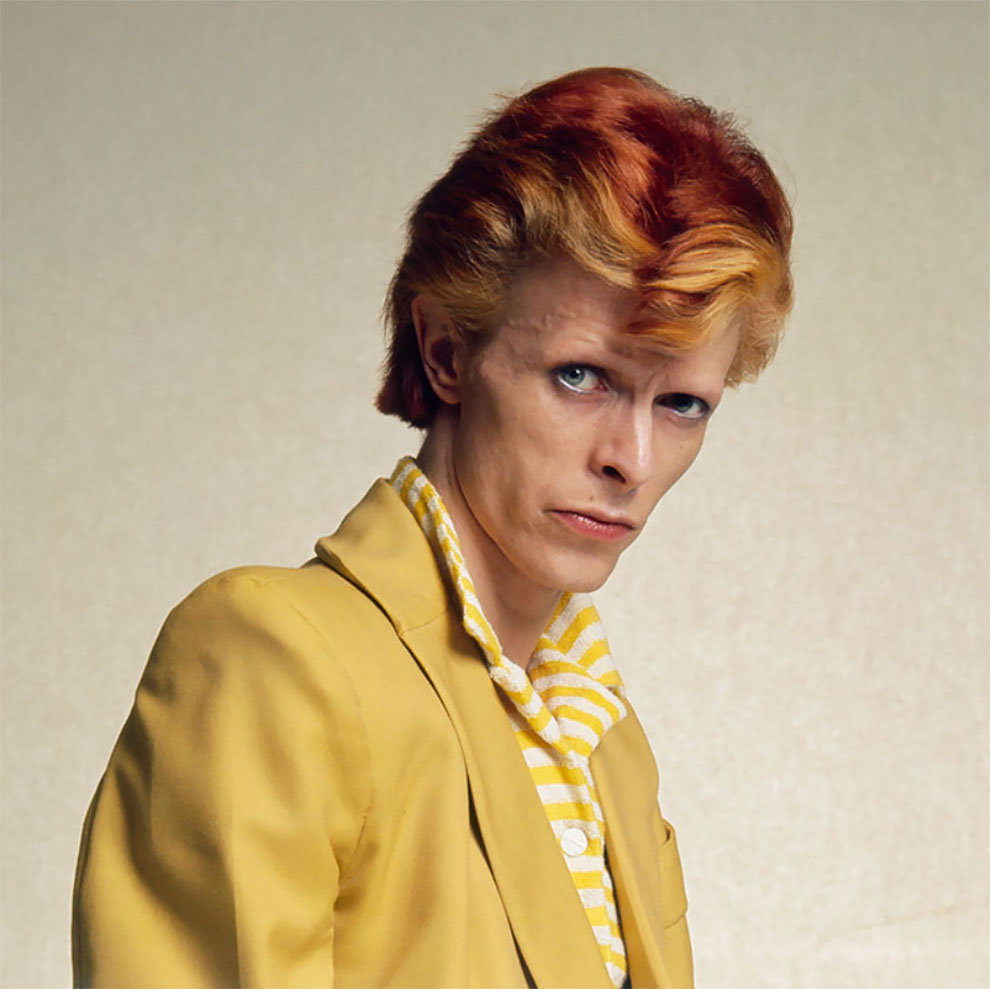 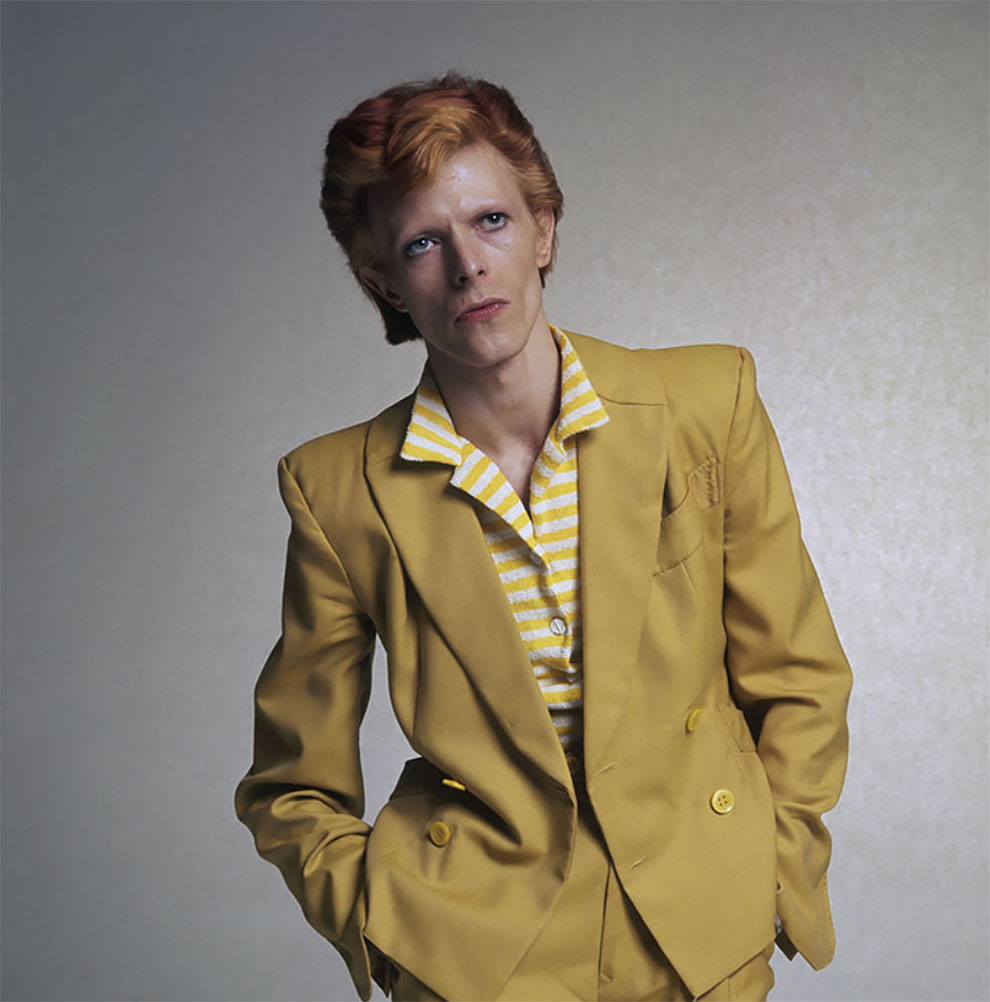 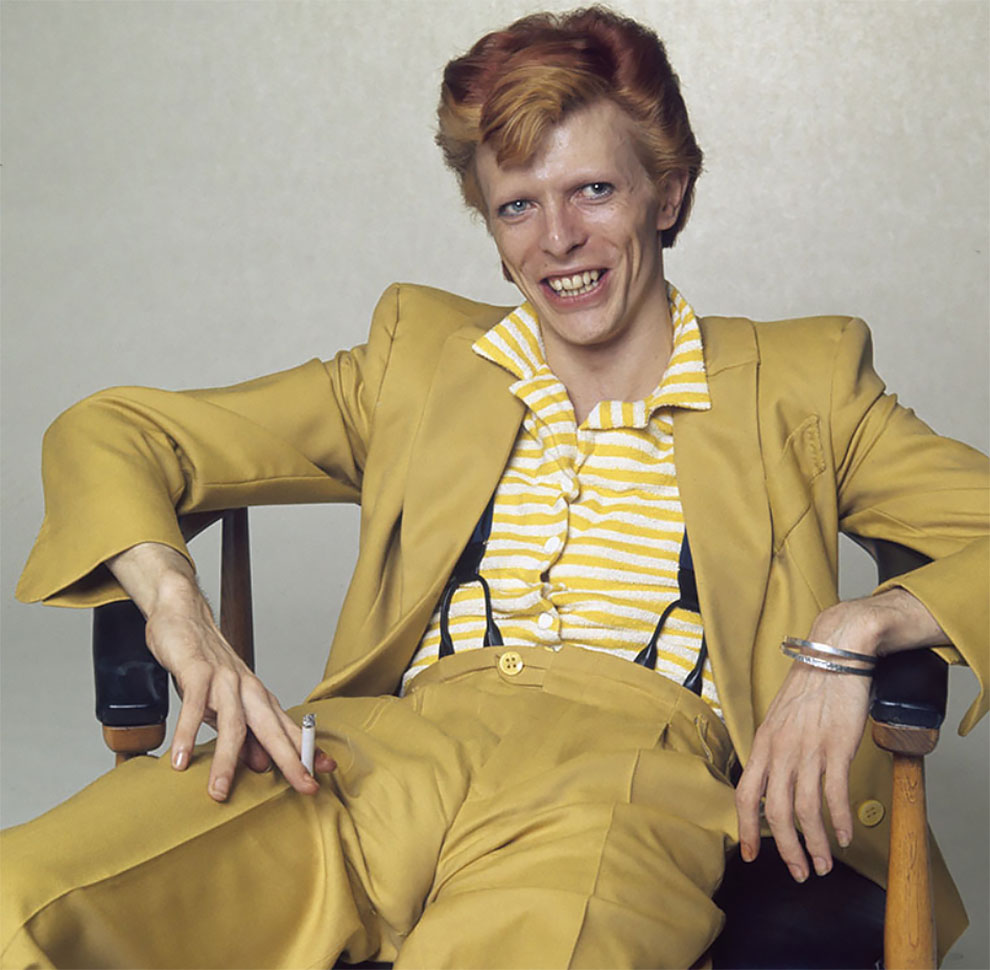 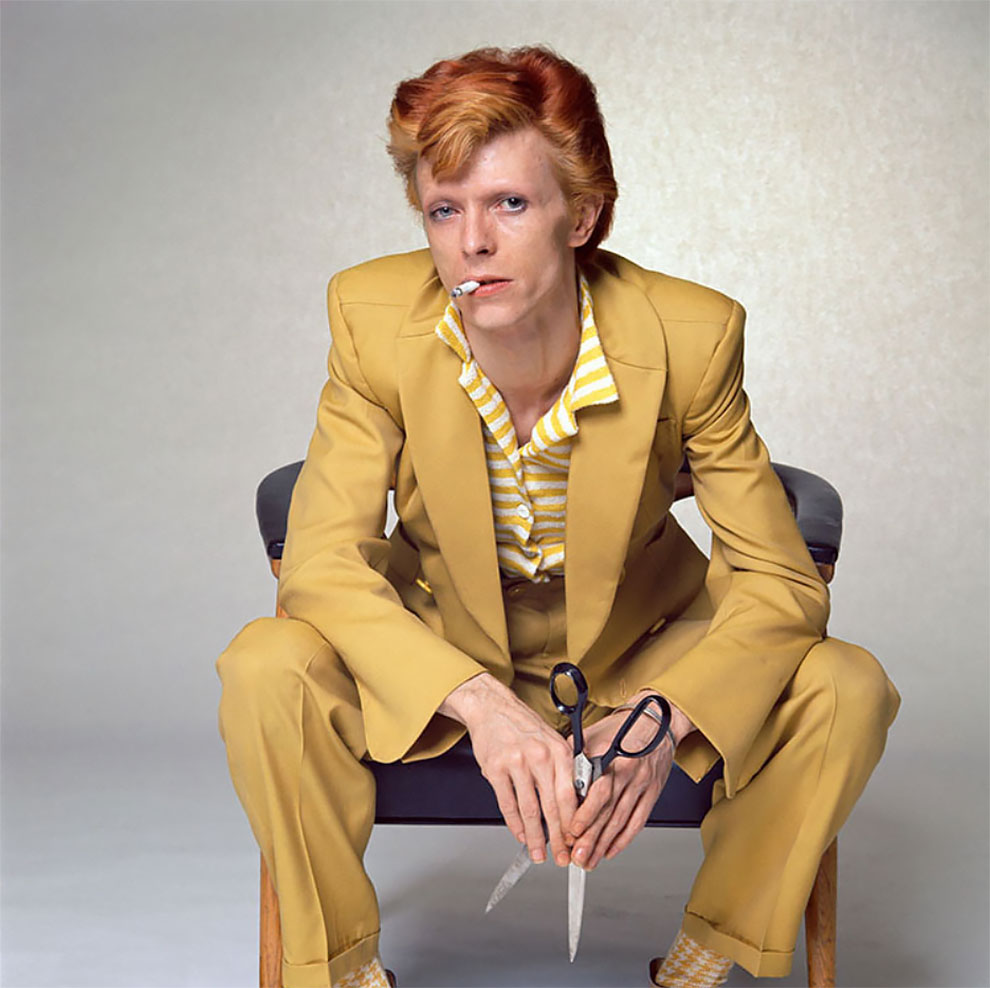 Boxed In: Life Inside The "Coffin Cubicles" Of Hong Kong
Drone Captures Wedding Photos Like You've Never Seen Before
Timeless New York Street Scenes Photographs In The 1950s, Found In A Home's Attic After Nearly 50 Years
An Instagram Account Dedicated To Japanese Walls
The Best Photography Of Pokémon Go
Russian Silver Age Poet Sergey Yesenin Become An Instagram Star
Book Lover Arranges Her Huge Library of Novels Into Imaginative Scenes
Angelina Jolie at 1995 Marcel Indik Photoshoot
Spectacular Winning Images of The Tokyo International Foto Awards 2020
Beautiful Winning Photos From The Pink Lady Food Photographer Of The Year 2020
"Tales From The Thousand Lakes": Beautiful Nordic Landscapes In Photographs By Julia Kivelä
Set Of Photos Of Queen’s Face Taken For Use On Canadian Bank Notes Are On Sale For £3,000
DEKOCHARI: The Youth of Japan Customise Their Pushbikes in Extreme Ways
The Winning Photos From The CIWEM Environmental Photographer Of The Year 2019, An International Showcase For The Very Best In Environmental Photography
Royal Meteorological Society: The Winners of Weather Photographer of the Year Competition 2021
Treasure-Laden Viking Cemetery Discovered in Poland
"End Of Days": Photographer Ali Rajabi Captures New York City In The Dark
The Spirit of Post-Apocalyptic Russia Through the Incredible Atmospheric Photographs of Alexander Sukharev
This Guy Shoots Awesome Wildlife Photography... From His Bedroom
Dolphin Shorts: The Favorite Fashion Trend Of The '80s Teenage Girls
Beautiful Winning Photos From The 2020 Head On Portrait Award
Winning Photos Of Astronomy Photographer Of The Year 2021
Robots at CES 2012: Hard Working, Funny and Dancing
The Ashaninka, A Threatened Way of Life
Photographer Dana Lixenberg’s 22-Year-Long Series In One Of LA’s Oldest Housing Projects
Titanic Artifacts To Go To Highest Bidder At 100-Year Anniversary Auction: Who Will Buy $189 Million Collection?
Dutch Impressionist Painter George Hendrik Breitner Took His Camera Onto The Streets Of Amsterdam In The 1890s
American Artist Captured Stunning Monochromatic Photos Of Tokyo Cityscapes At Night
Southwest: A Small World Project
True Art Must Excite! Novosibirsk Authorities Have Refused To Remake The Skating Rink, Which Is Nicknamed "Phallic Symbol Of The City"
bowie, david, mustard, photograph, terry, yellow