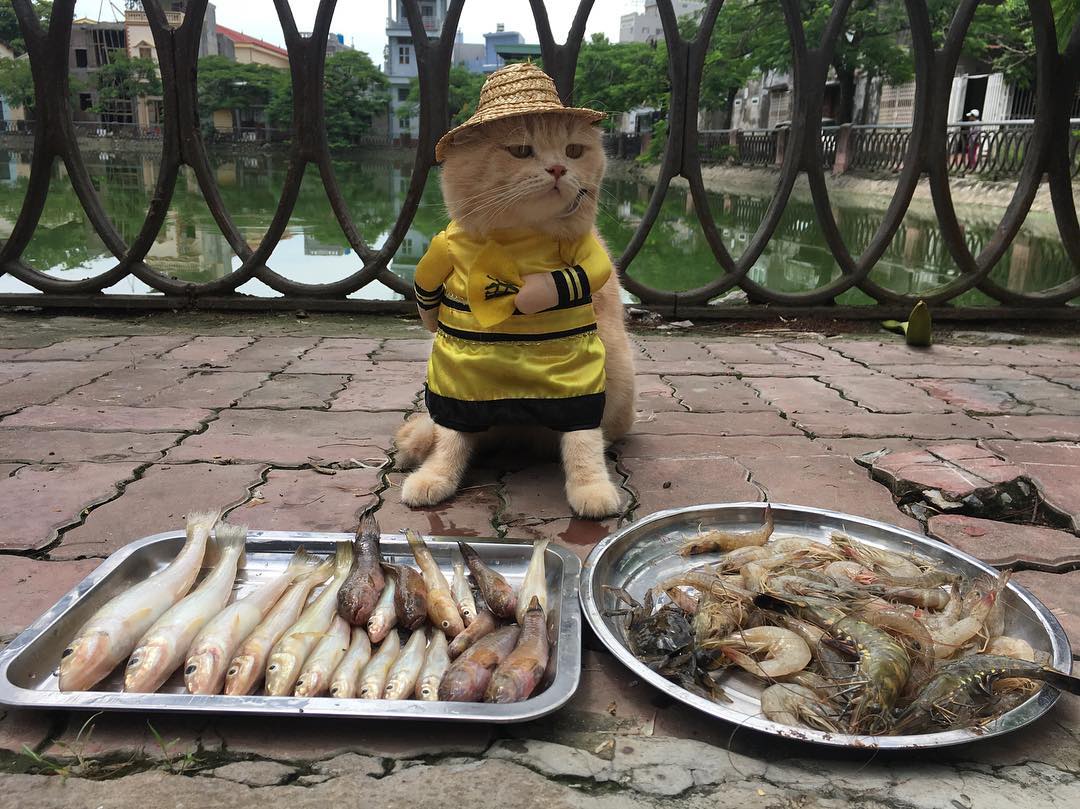 There’s a street vendor in Vietnam that appears to be above his competition. Mainly because the merchant looks so appealing, he would probably persuade you even into buying sand in a desert.

He’s a 3-year-old cat and his owner, Le Quoc Phong, calls him Dog. Together they’ve been spotted in a local market quite a few times. Like a true businessman, Dog is always well-dressed, looking stylish while he’s earning a living. Turns out, he’s also a rockstar.

“Dog loves ice cream, traveling and sleeping,” Le Quoc Phong told Bored Panda. “He also has a lot of girlfriends and a lot of children in the country.”

“My little cat loves taking pictures. He’s also very cooperative when wearing the costumes.” Le Quoc Phong gave his pet such a peculiar name because it usually breathes and acts like a pup. That’s why Dog has its mouth open in most of the shots! His images are making headlines not only in Vietnam, but in Thailand and China as well. Le Quoc Phong says some people think Dog is uncomfortable in the clothes he weares, but they couldn’t be further from the truth. “Dog feels very cosy [in these costumes] and can walk normally.” Scroll down to check out how this busy feline is getting ahead in life. 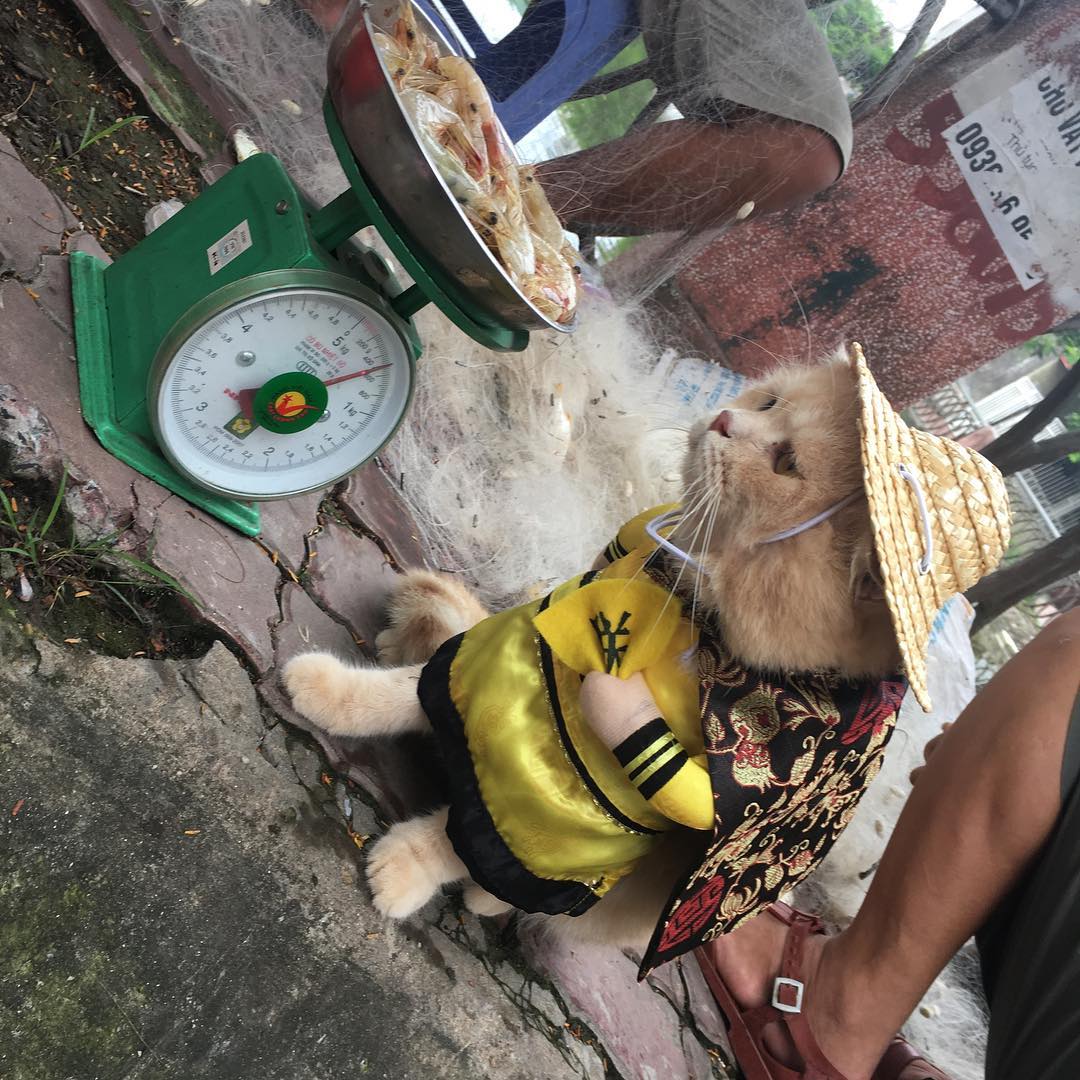 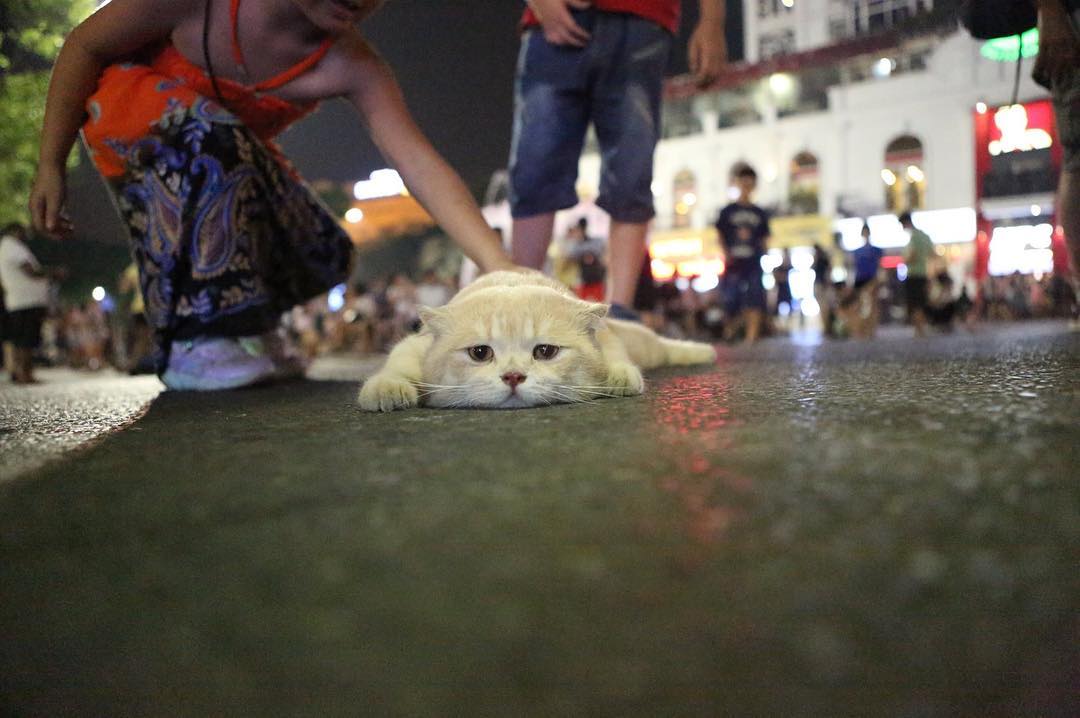 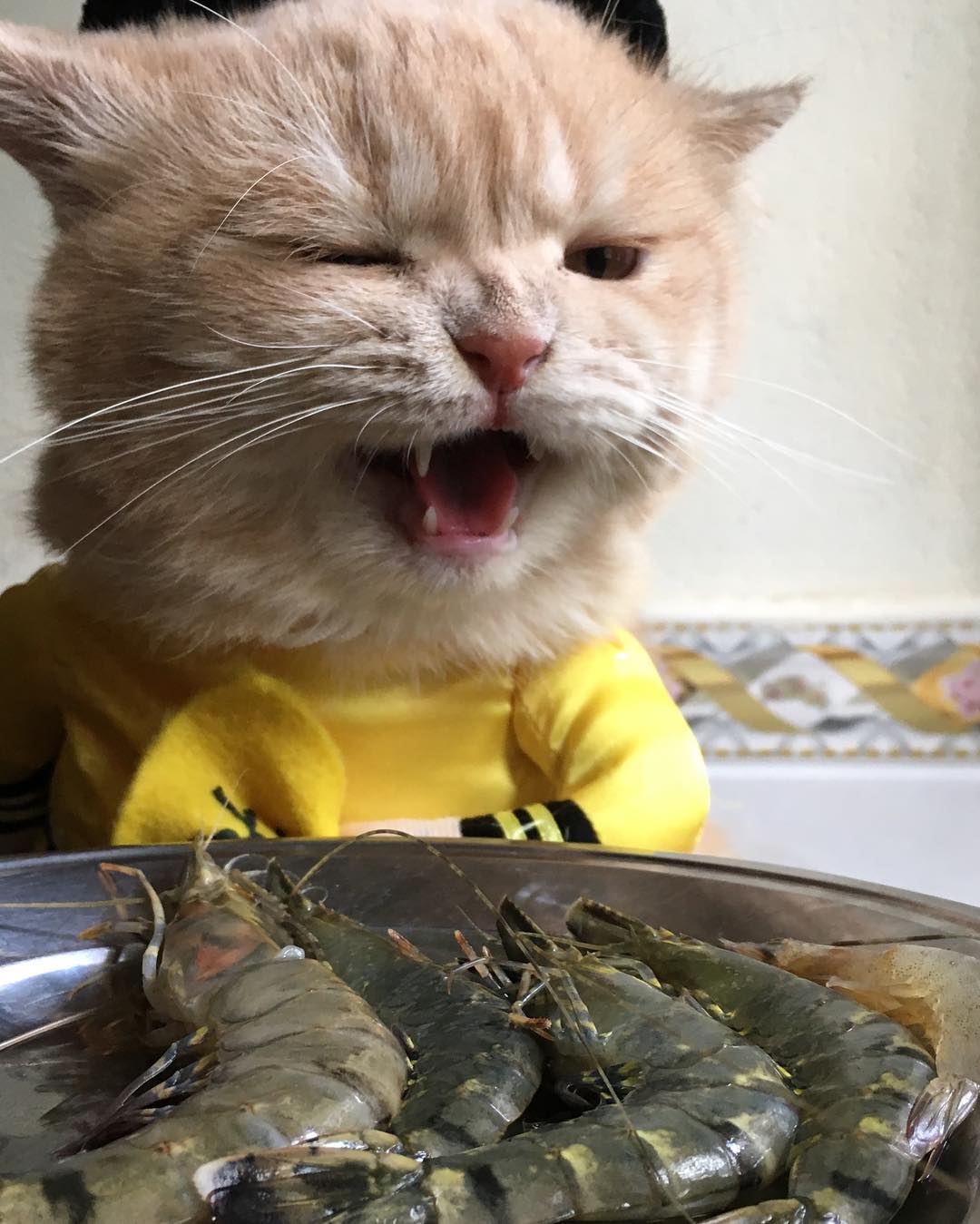 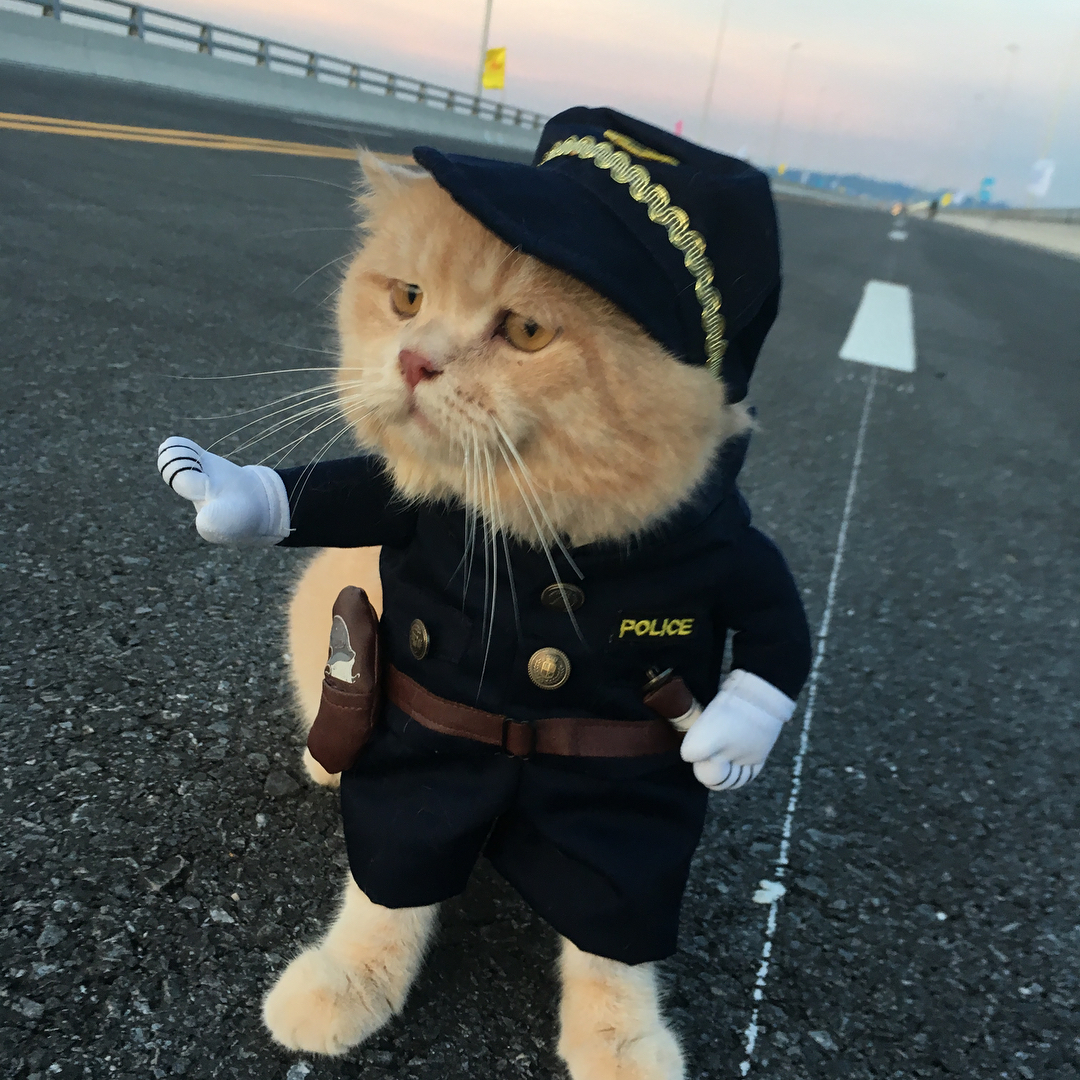 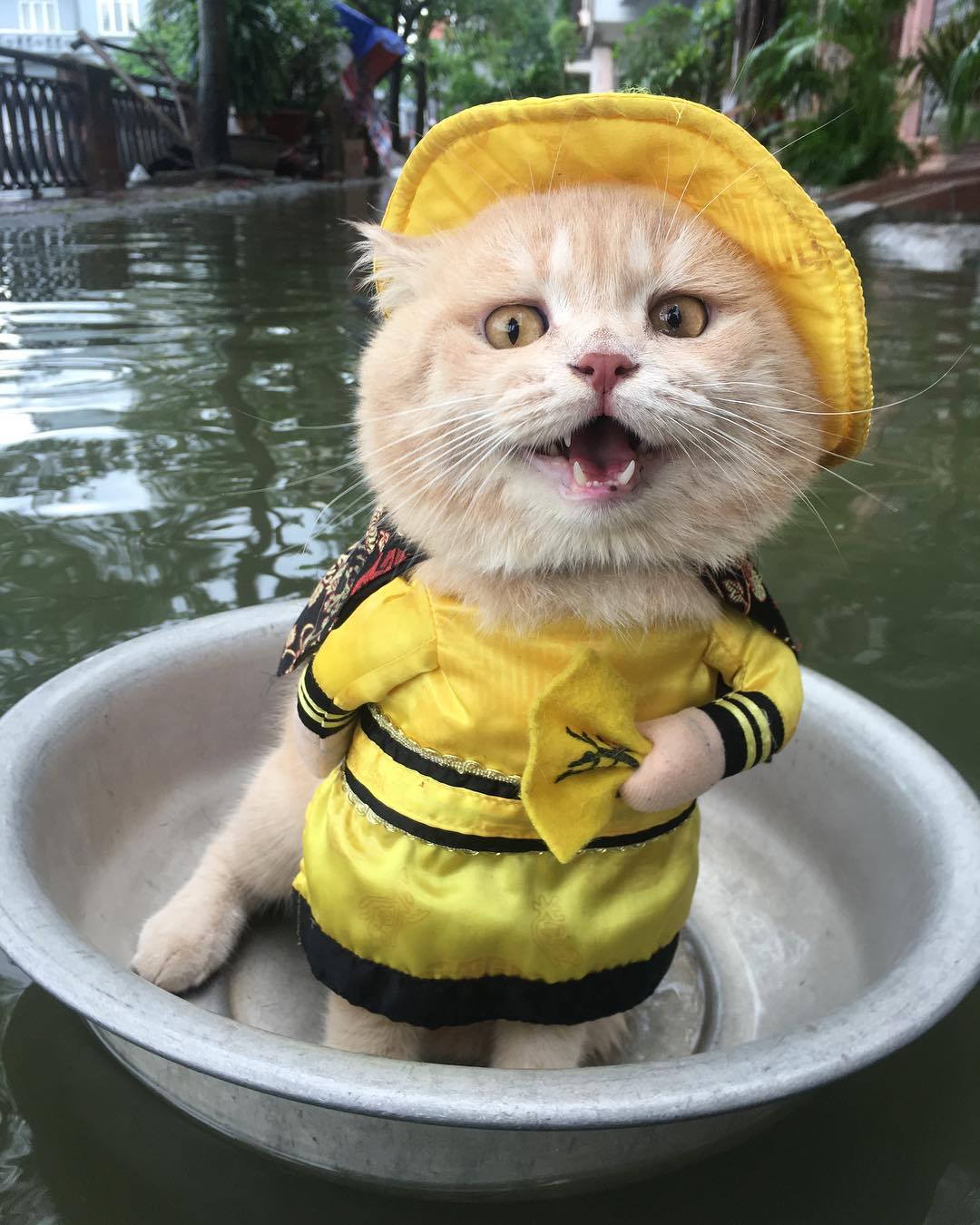 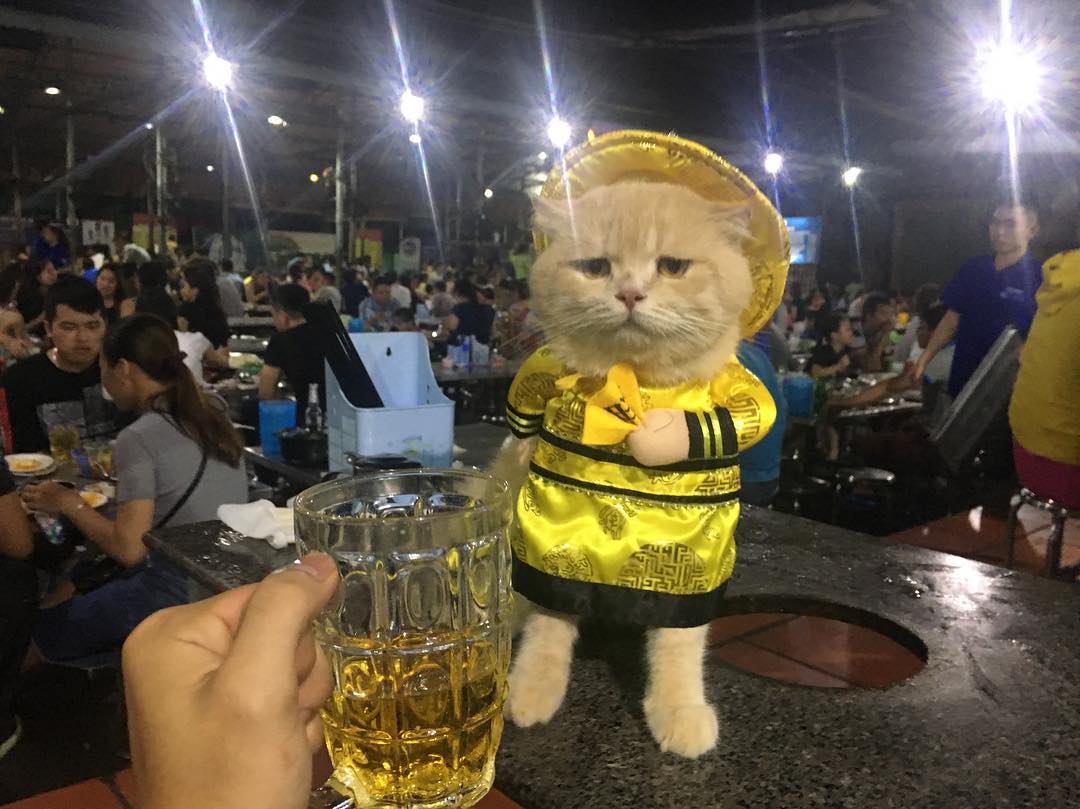 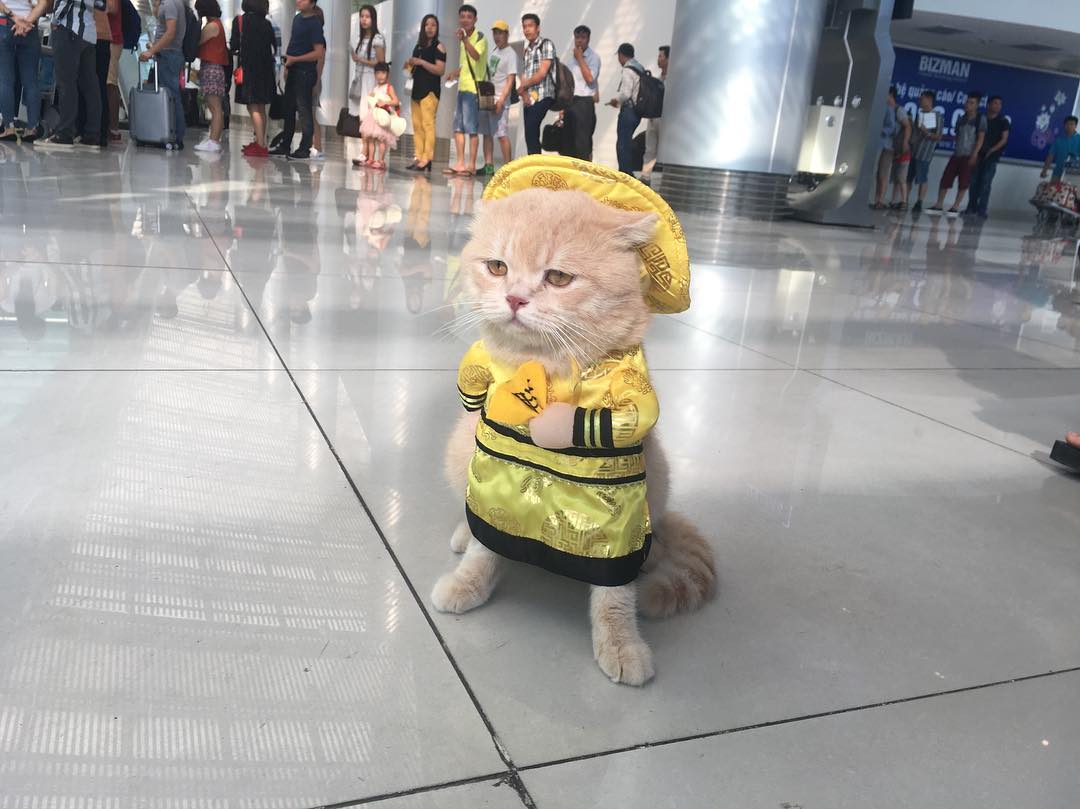 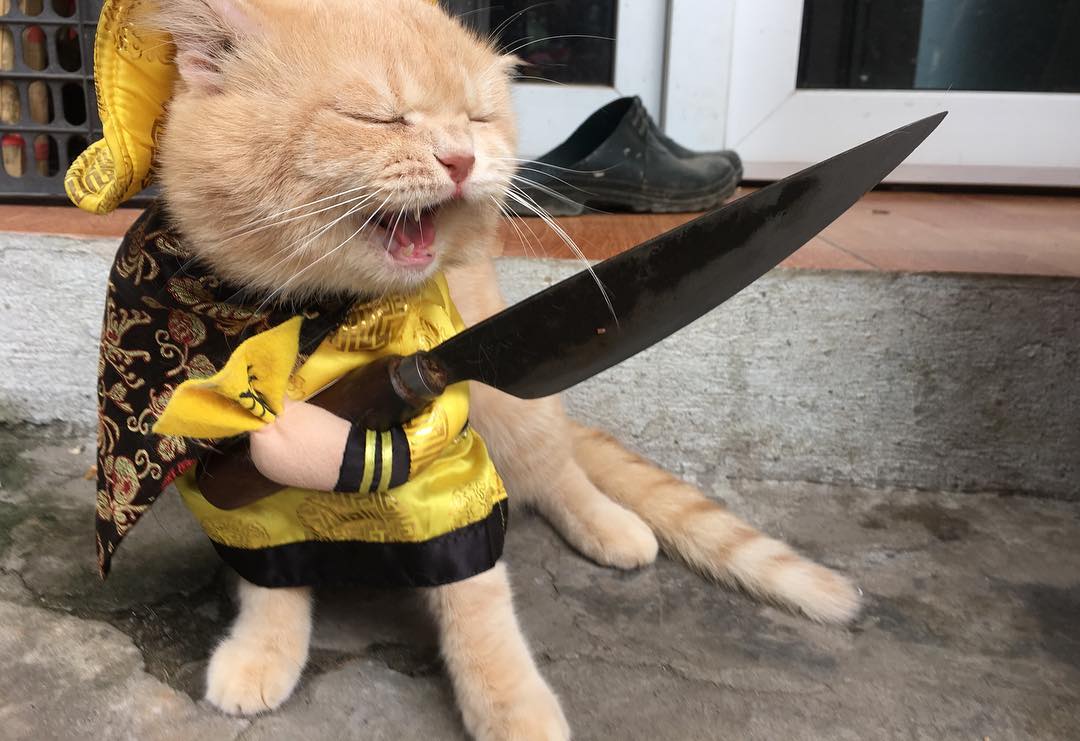 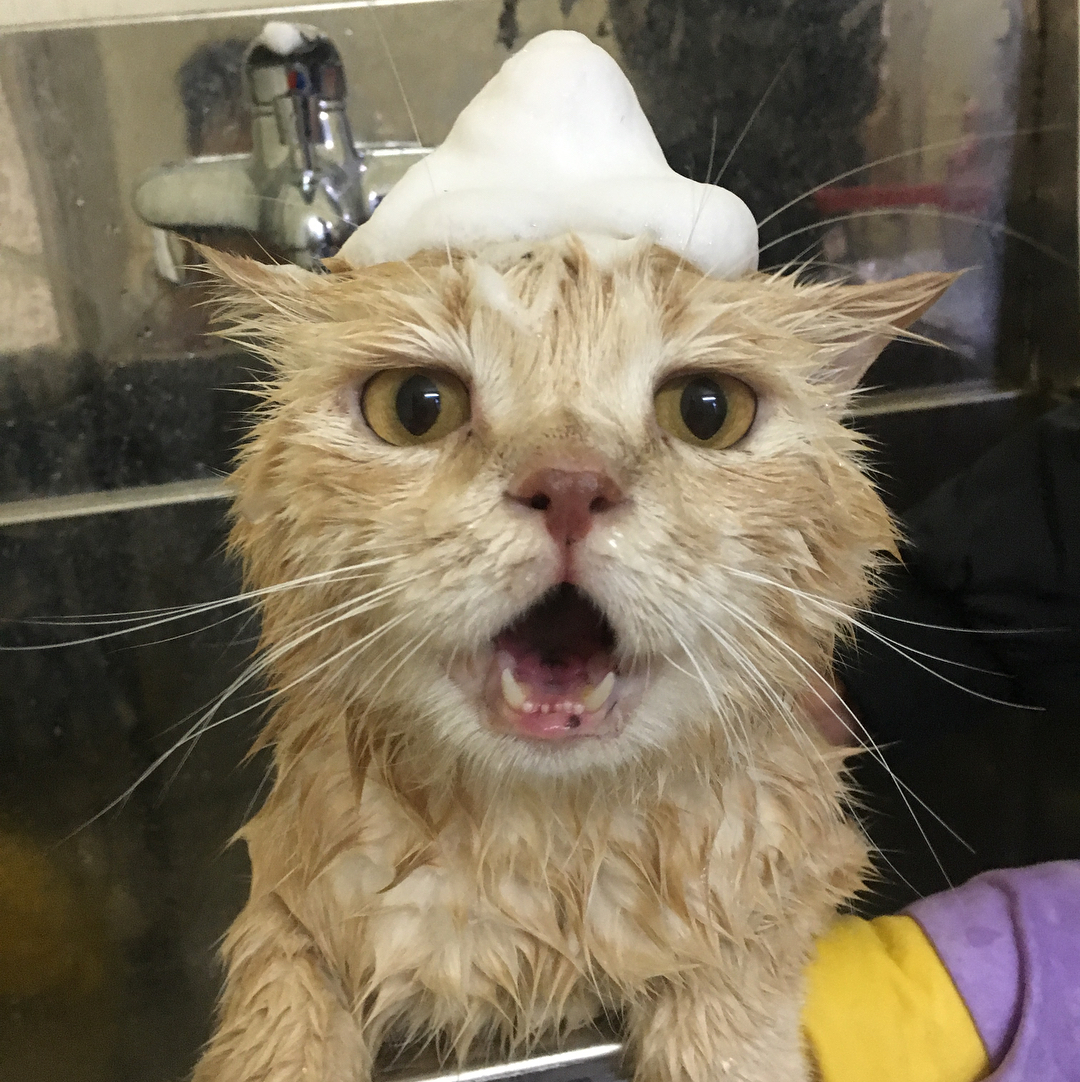 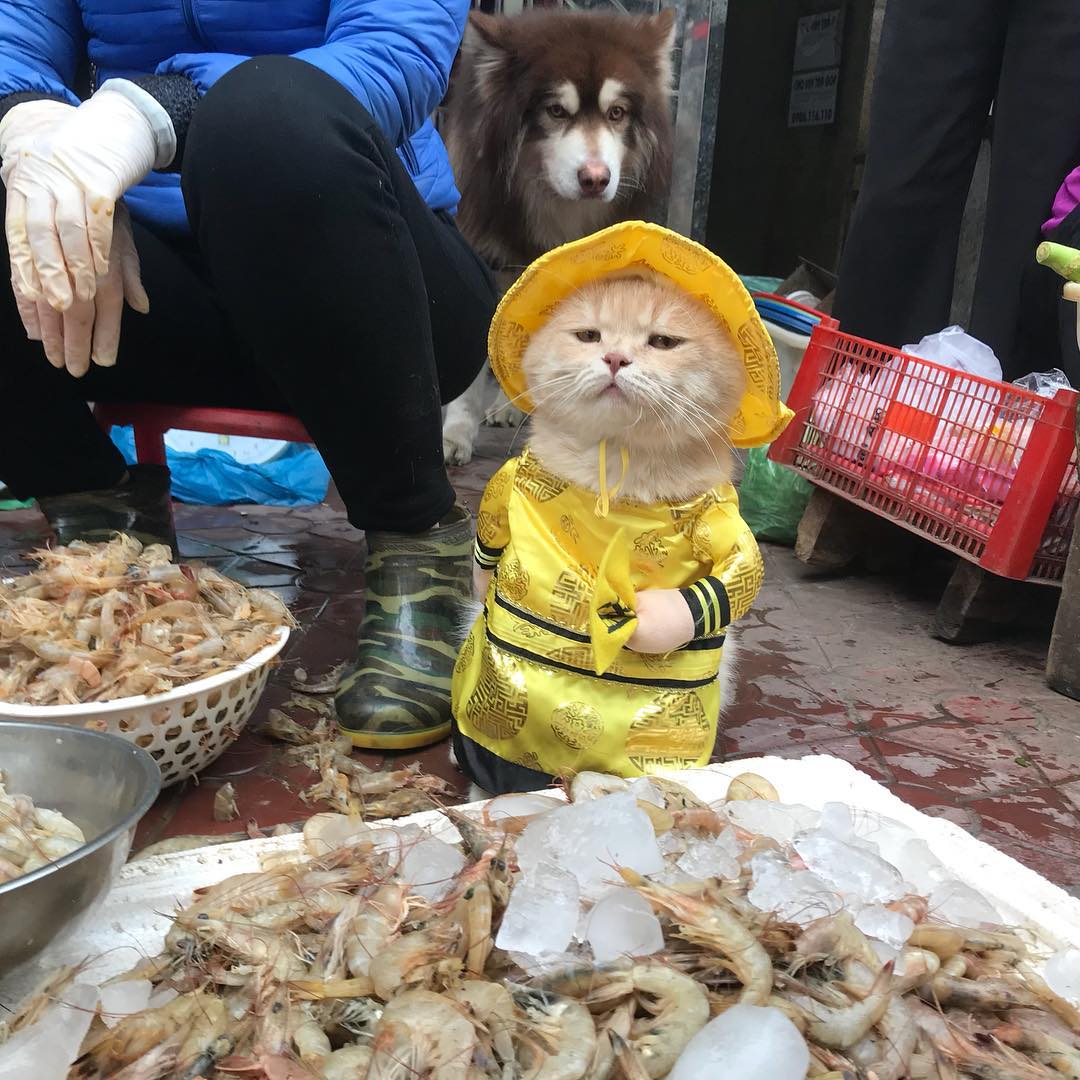 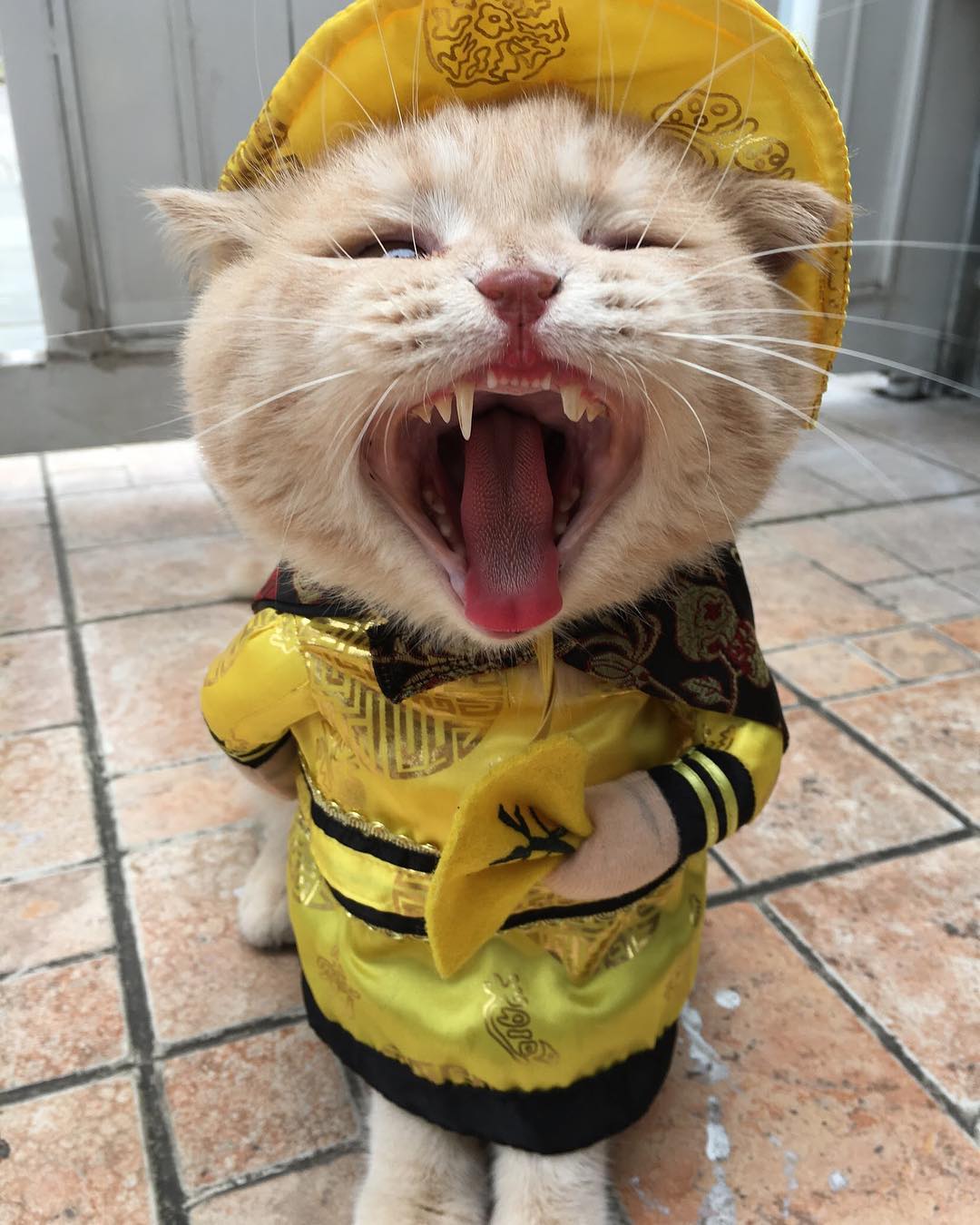 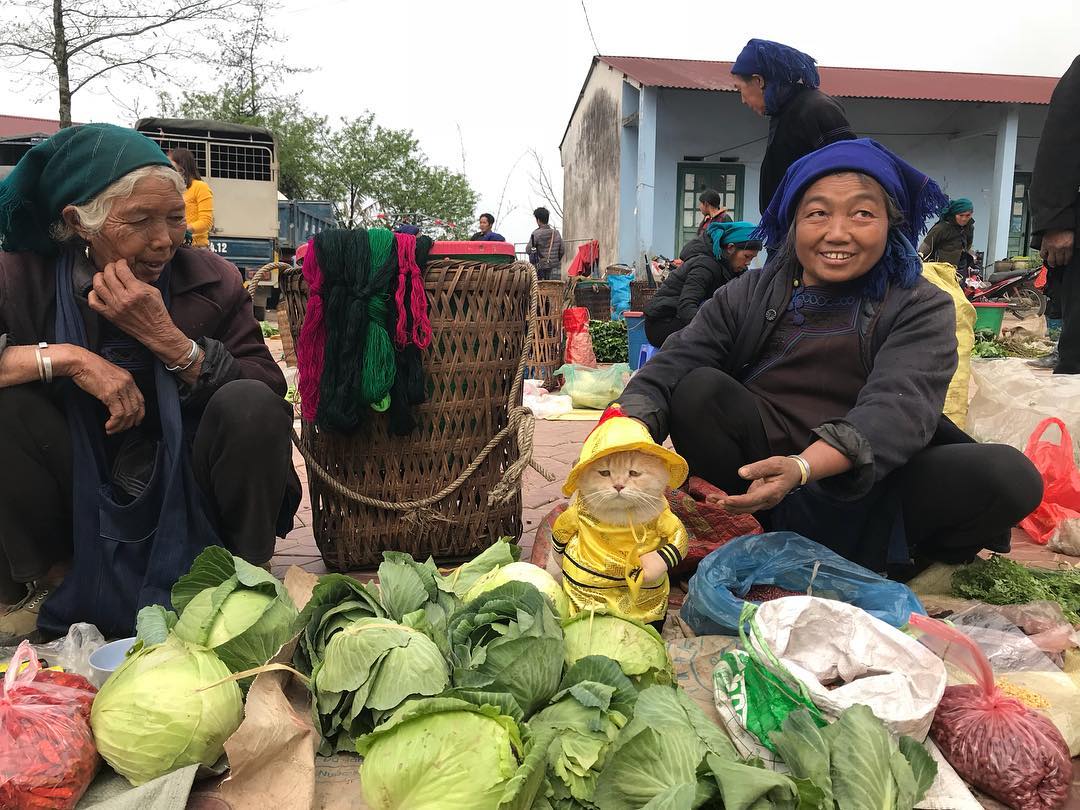