What The World Looks Like Through The Eyes Of Different Animals

Have you ever wondered what you look like in the eyes of your dog? Or even how a bee sees the world? The vision of every kind of animal on Earth is unique, and some can even see what we can’t. 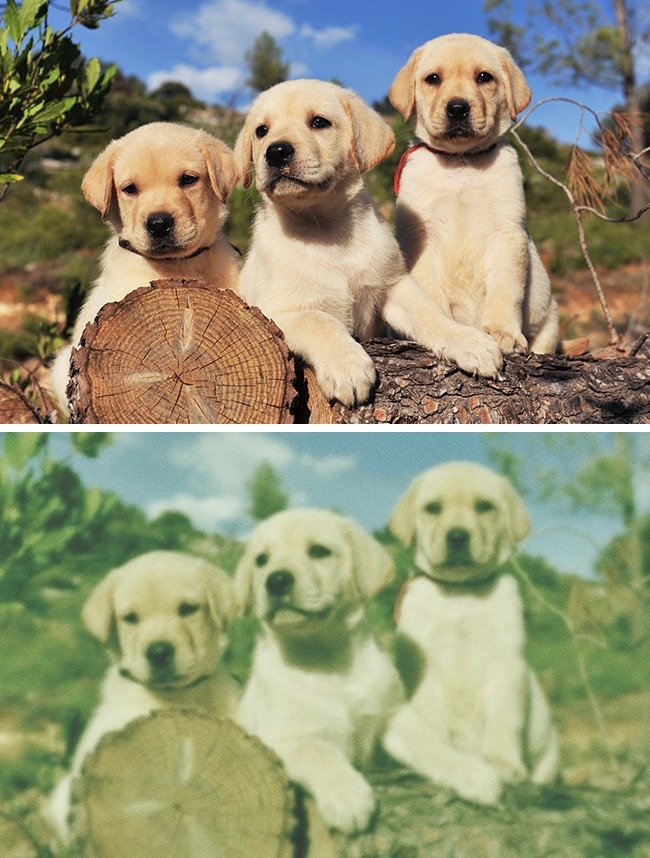 Dogs have poor vision; their eyes aren’t sensitive to a majority of colors, and they see the world in a somewhat faded way. On the other hand, they can see very well at night. They have a well-developed sense of perspective and depth, and their eyes are more sensitive to movement. 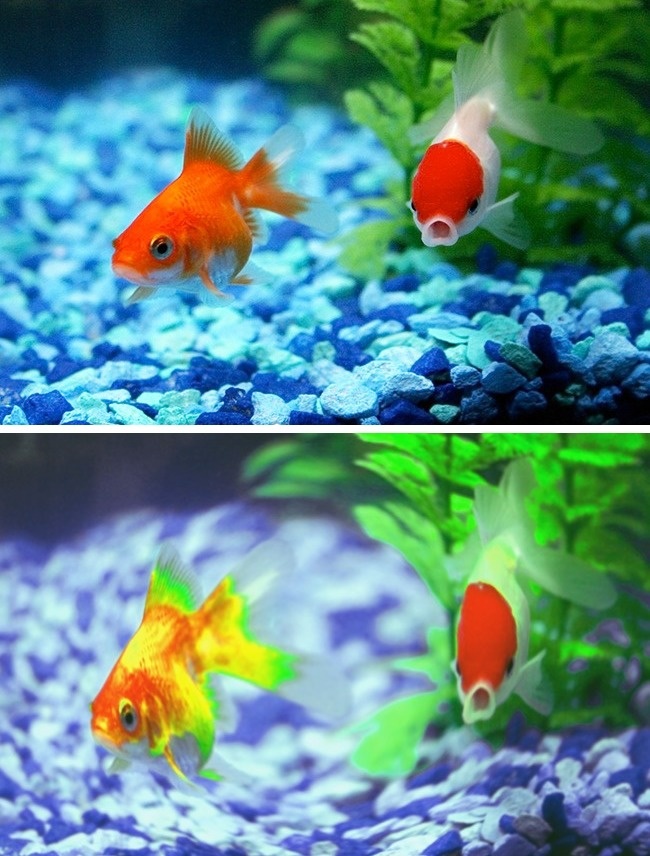 Your ordinary tank-dwelling fish can see in ultraviolet, and everything in close proximity is magnified. That’s probably why so many fish look surprised all the time. 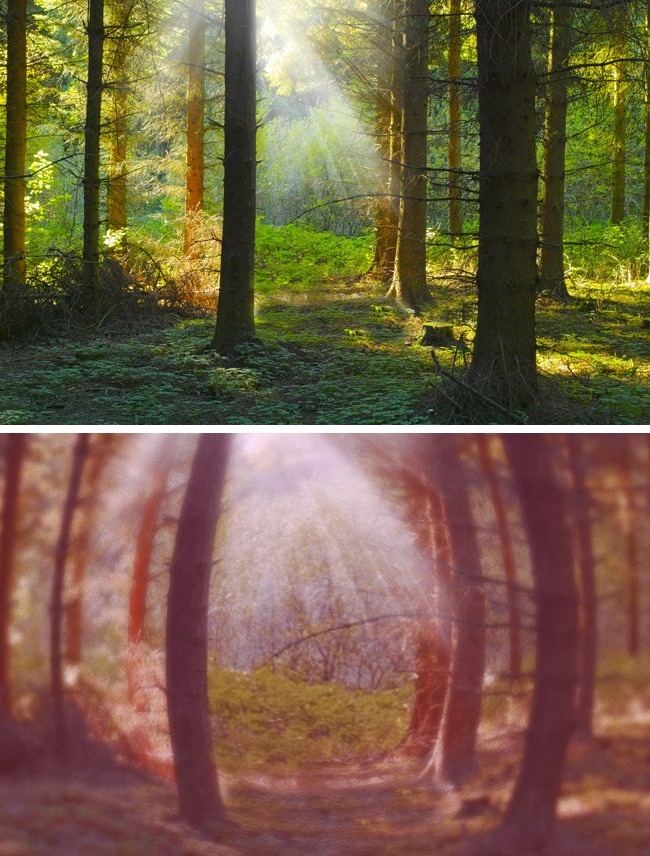 Our feathered friends have sharp vision. Nocturnal birds see very well when there’s no light, and during the day they can see shades of color that humans can’t, as well as ultraviolet rays. 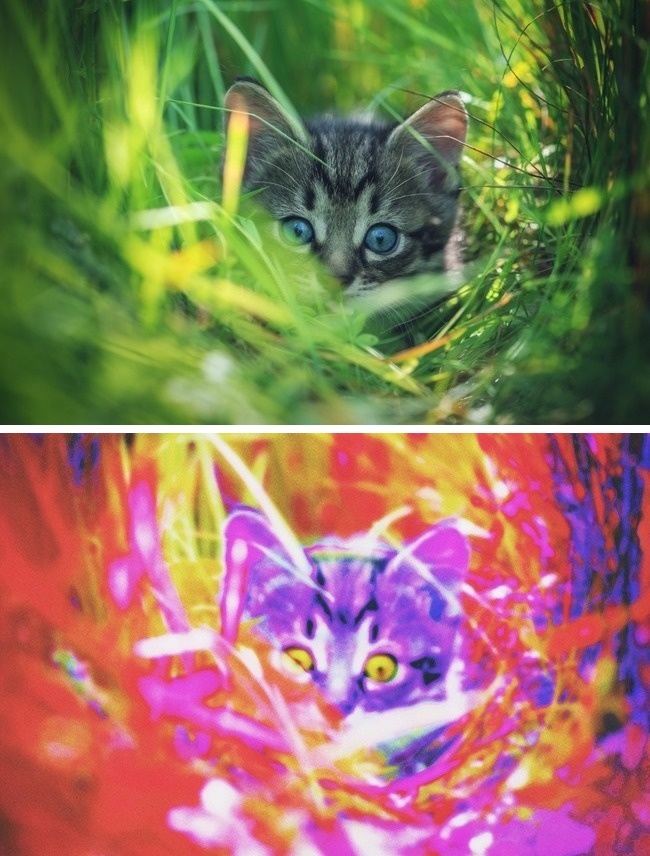 Snakes generally have poor vision, but they can see thermal radiation at night ten times better than any modern infrared technology. During the day, however, they only react to movement — if their prey doesn’t move, they won’t catch it. 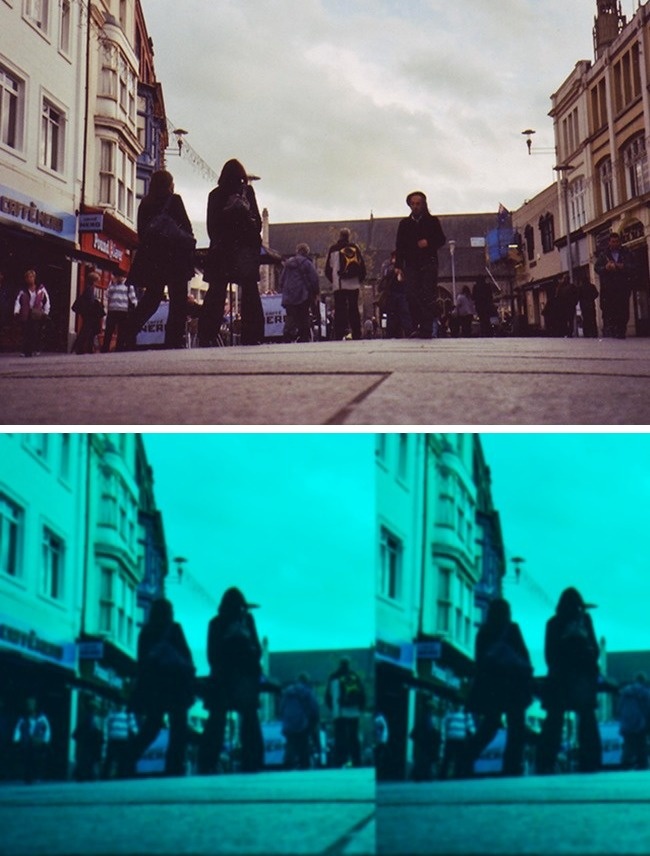 Each of a mouse’s eyes moves independently, so they see two separate pictures. The world for them is blurred, slow-moving, and tinged a blue-green color. 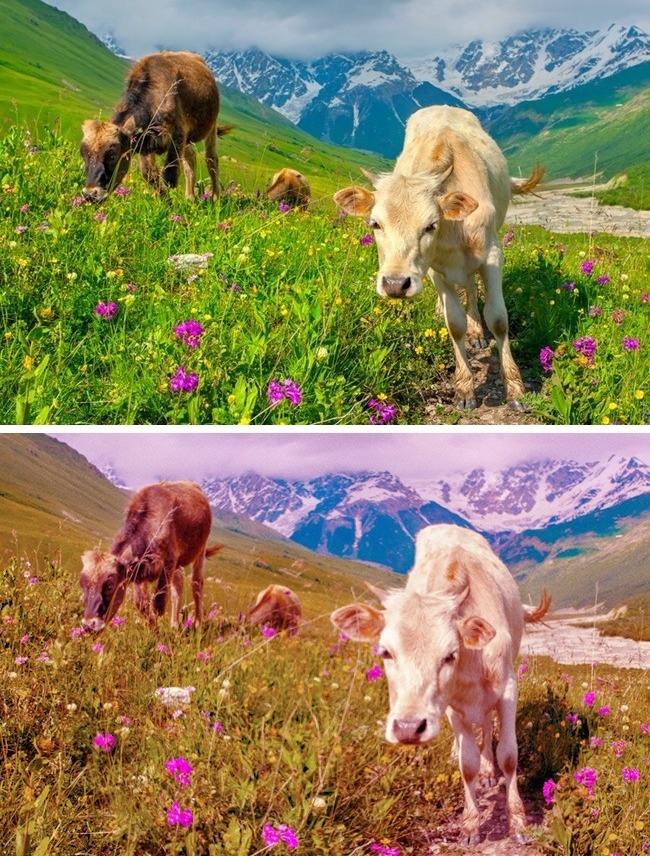 For roaming cows, their pastures aren’t green but appear orange and red. But they do see everything slightly magnified. 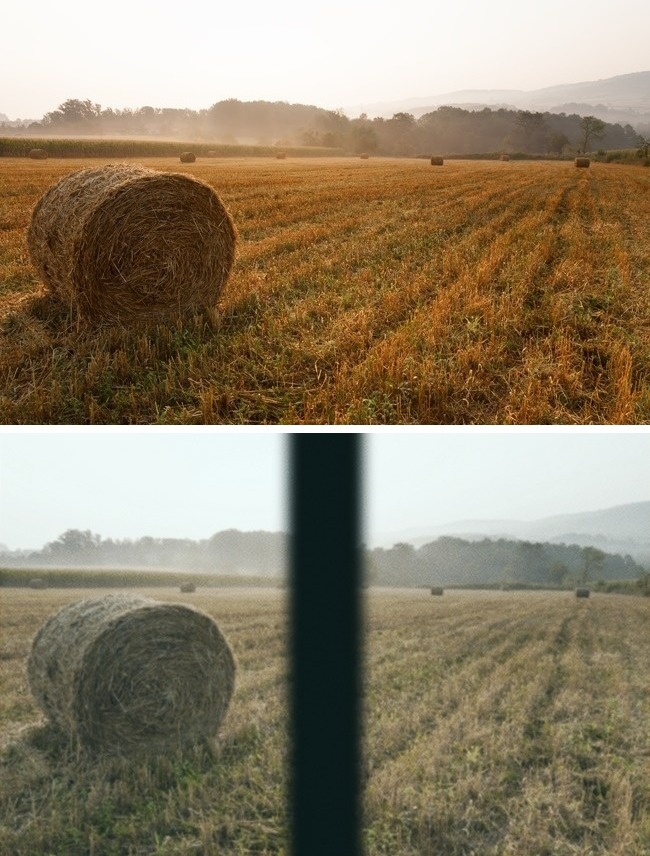 A horse’s eyes are positioned on the side of its head. This helps warn them of any danger. But this also has its disadvantages: these animals never see what’s right in front of their noses. 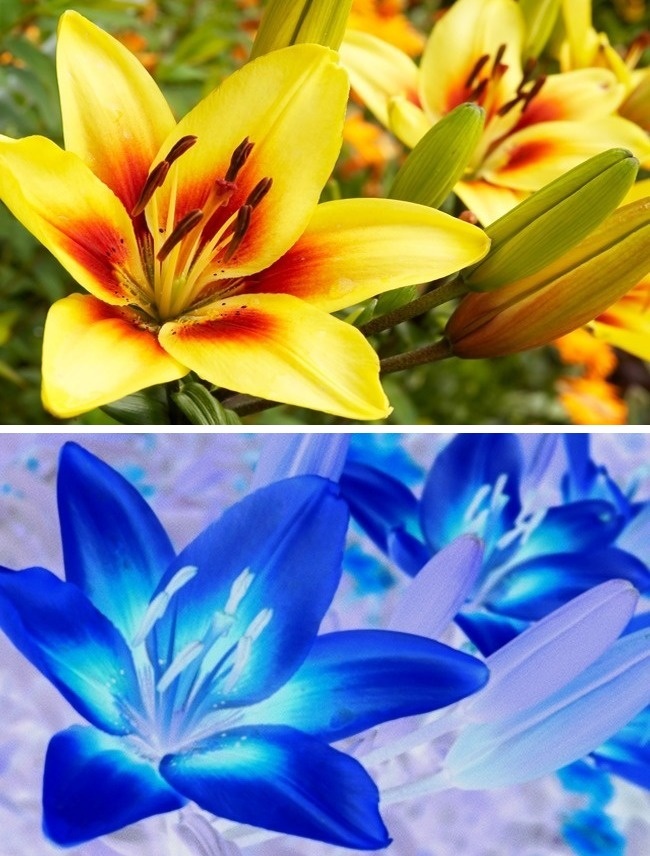 Bees comprehend the world three times faster than humans do. They also see ultraviolet rays that we’re unable to. 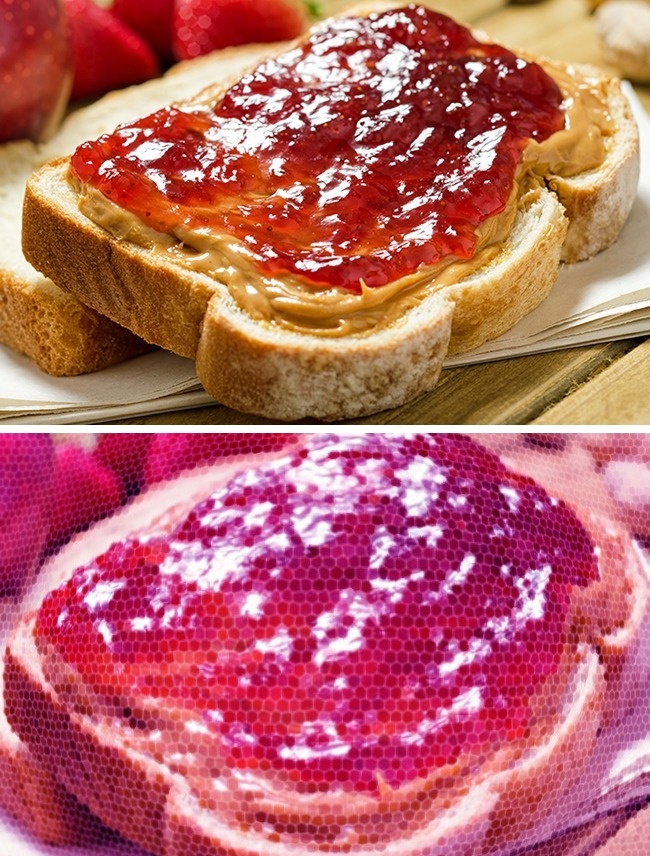 Flies have faceted vision. This can be comprehended in terms of having thousands of tiny eyes that work together to create one image. They can see ultraviolet rays, and the world moves somewhat slower for them compared to humans. 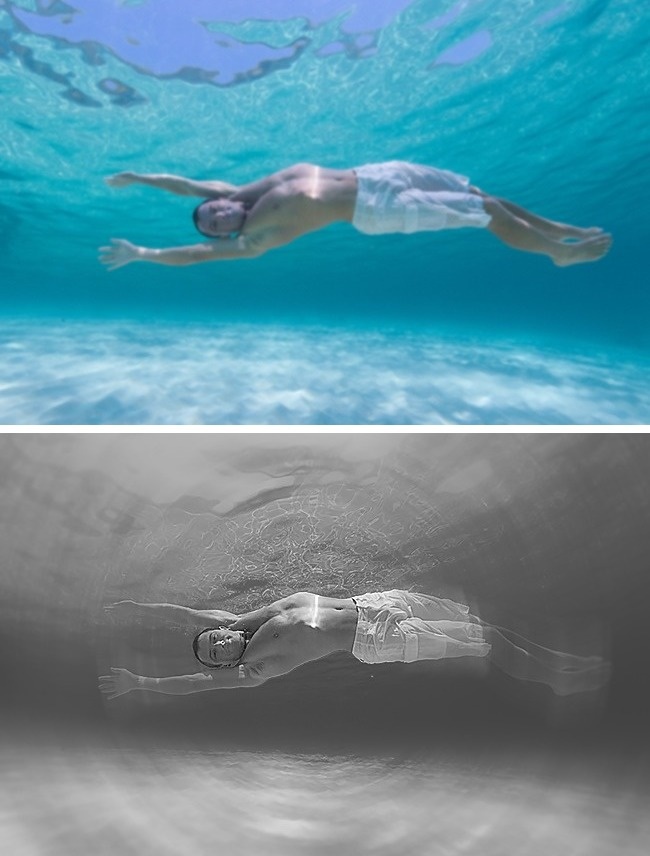 Underwater predators such as sharks can’t see any colors, but their vision underwater is much sharper than ours. 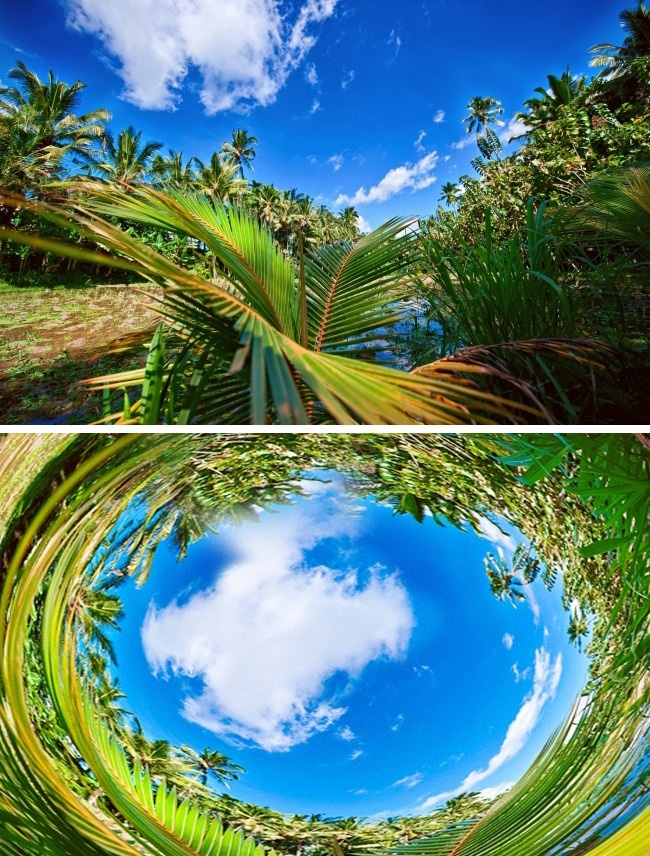 Chameleons are interesting creatures not only because of their appearance, but also due to the fact that their eyes can move independently of each other. This gives them 360º vision. 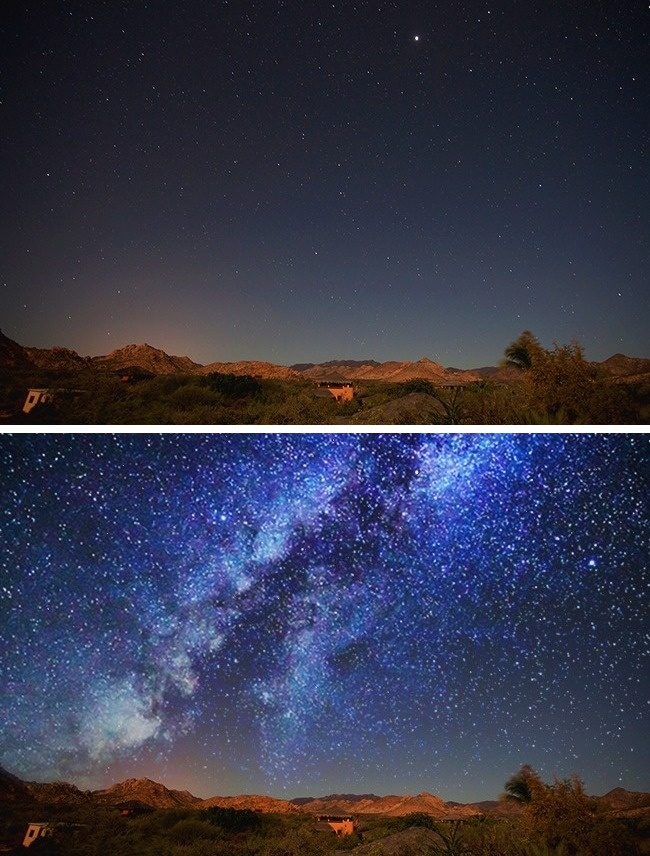 These lizards have true night vision. They can see 350 times better at night than humans can. 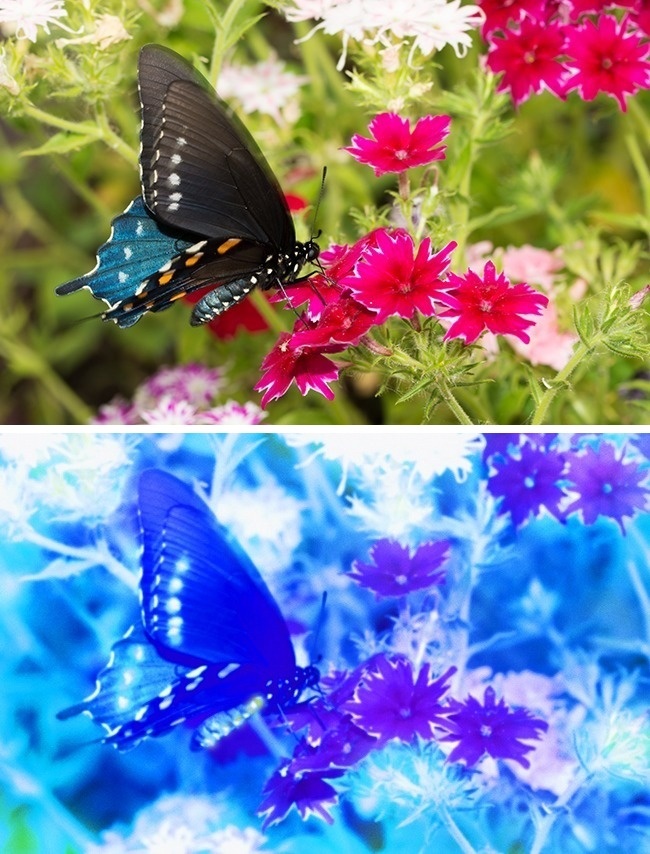 Butterflies are amazing insects. Their vision isn’t very sharp, but they can see many more colors and shades than human beings can, including ultraviolet light.

Albino Alligators at the Tropical Aquarium in Paris
Sunny Butterflies of Winter California
This Modern Dog House Is Designed To Fit Your Home’s Aesthetic
Scotland's Fattest Hedgehog Refuses to Go Back to Nature
This Monastery Adopted A Stray Dog, Now He Enjoys His Life As A Monk
Brave Woman Rescues Dog Who Fell Through The Ice
Sweet Little Pet Owl Uses Mushroom as Umbrella During Sudden Rainstorm
Adorable Baby Koala Poses for Her Very First Photoshoot
Associated Press Pictures Of The Year 2018: Animals
Back In Black: This Rare Indonesian Chicken Is Completely Black From Feathers To Bones
Adorable Cats And Kittens Flying Through The Air By Seth Casteel
Baby Boom in the Belgian Zoo
Family Gets A New Pet After Emu Egg Hatches
Meet Rexie, The Cat-King Of Bleps And Tongue Tricks
Annual Monkey Buffet Festival at the Pra Prang Sam Yot Temple in Thailand
Rescued Leatherback Turtle Released Back To The Ocean
Matchbox Art Of Drunk Cats
Hot Spring Bath Opens For Japanese Macaques On Hokkaido
Stunning Images Of Jellyfish At The Vancouver Aquarium
The Japanese Cat with Over 100 Cosplay Costumes
Couple Documents How Fast Their Dog Grows In Just 8 Months
Thecacera Pacifica: The Pikachu Of The Sea
Nature’s Quiet Assassin: Astonishing Pictures Capture Moment Jaguar has Caiman for Lunch
Dog Is Hiding In Every Photo Like a Real-Life "Where's Waldo"
Rare Purple Crab Species Identified in Threatened Palawan Biodiversity
A Swan Lake
Stunning Photos Of Wild Animals Invade The Supermarket
Swimming Pig Off The Island Of Big Major Cay
The Dog Project: 120 Playful Papier-Mâché Pooches Let Loose On The Beach
This Man And His Cat Recreate Famous Movie Scenes And It's Amazing!
animals, eyes, vision