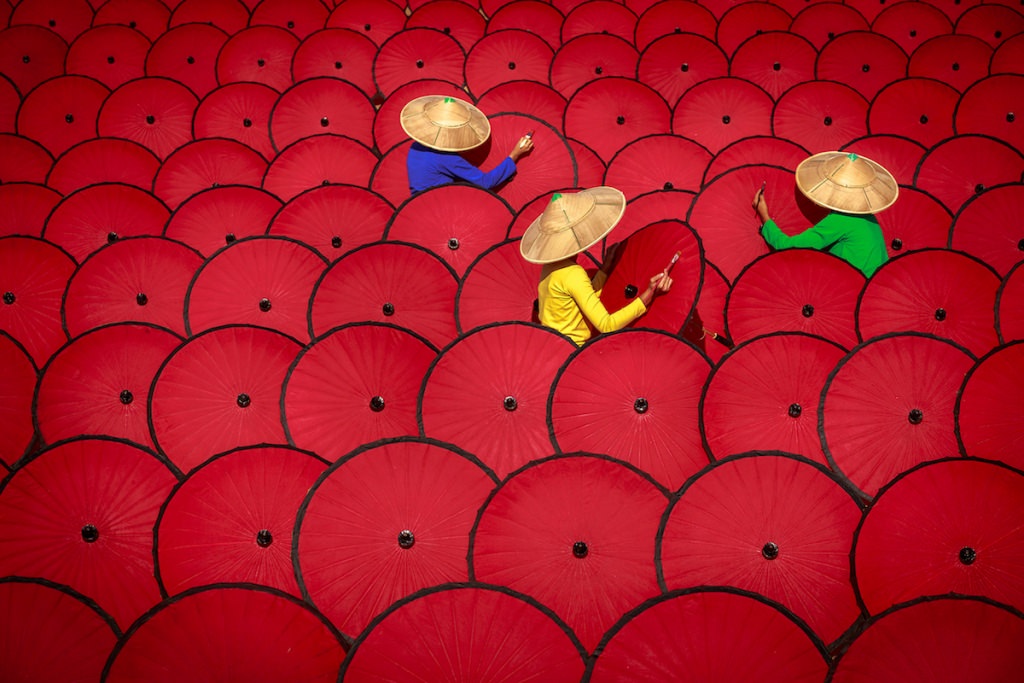 After the incredible success of 2018 Sony World Photography Awards, Sony is on its way to break previous records. This leading photograph competition where everyone can participate has taken place for the past 12 years and is divided into four divisions —Professional, Open, Youth, and Student. For the announcement of this year’s competition, expert jury of Sony photography awards has released early entries of the open contest that prove how fierce this year’s competition will be. Participants can submit work to 10 different categories that capture the wide variety of artistry in the field of photography.

One overall winner will be named Open Photographer of the Year and receive a $5,000 cash prize, Sony digital imaging equipment, as well as flight and accommodations in London for the awards ceremon

“Culture”, Iran, Hasan Torabi
“The purpose of this photo is to show Iranian women and Iranian culture or Iranian tradition.” 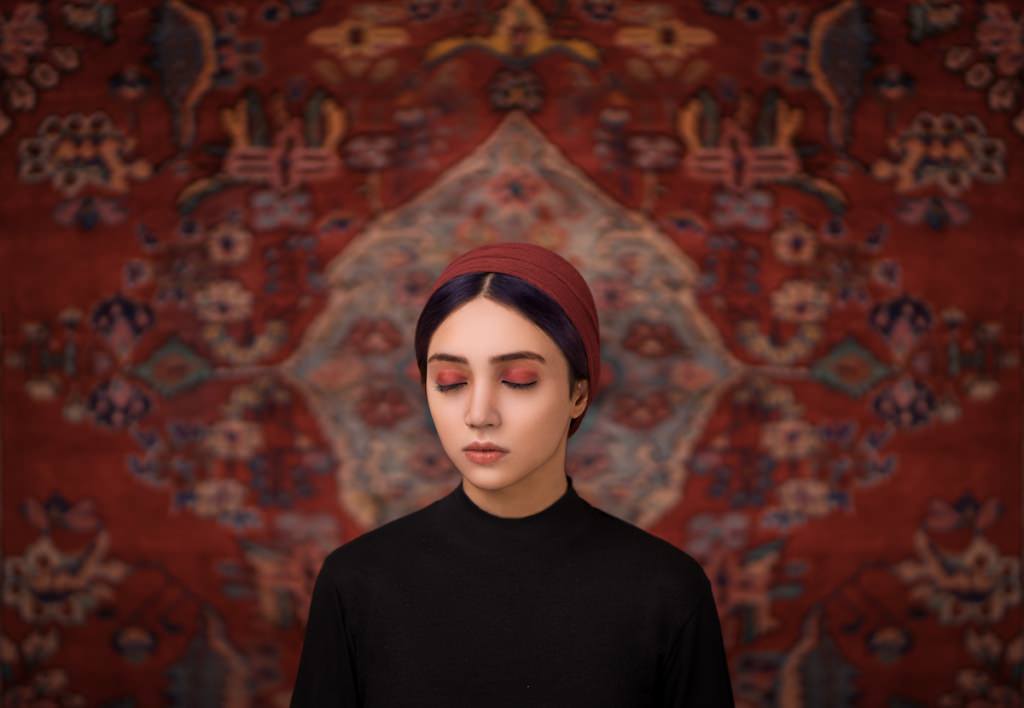 “Bookgreen Garden”, United States of America, Tonino Vicari
“A photograph of Brookgreen Garden. All I can say that the magic of the landscape garden is a perfect example of when man and nature can live together in harmony and peace.” 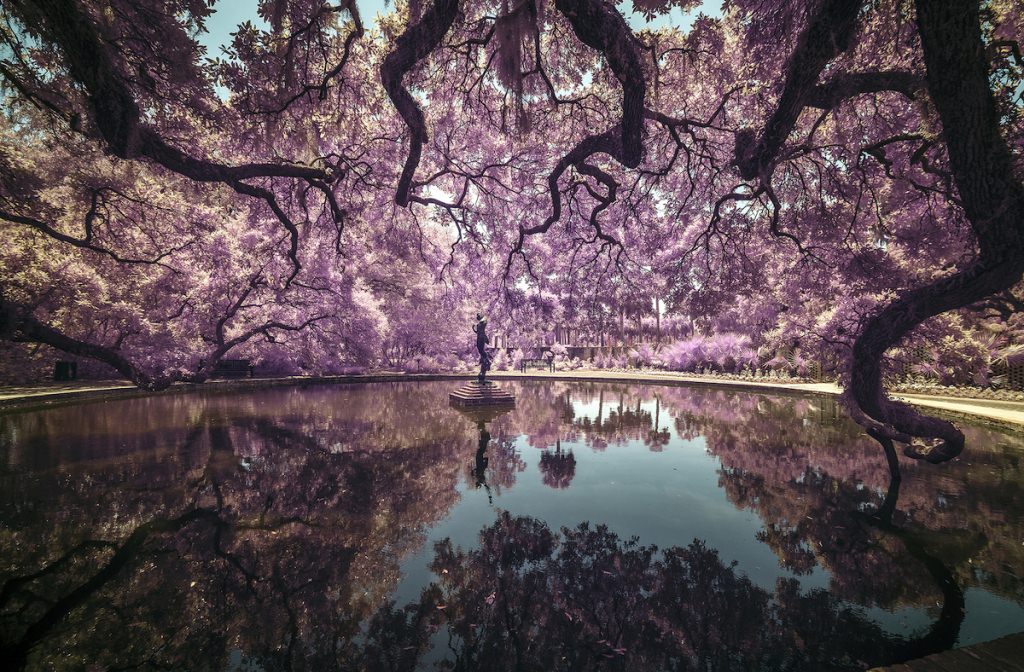 Aerial shot of a pool in Hungary, Budapest, Patrik Szeleczkei 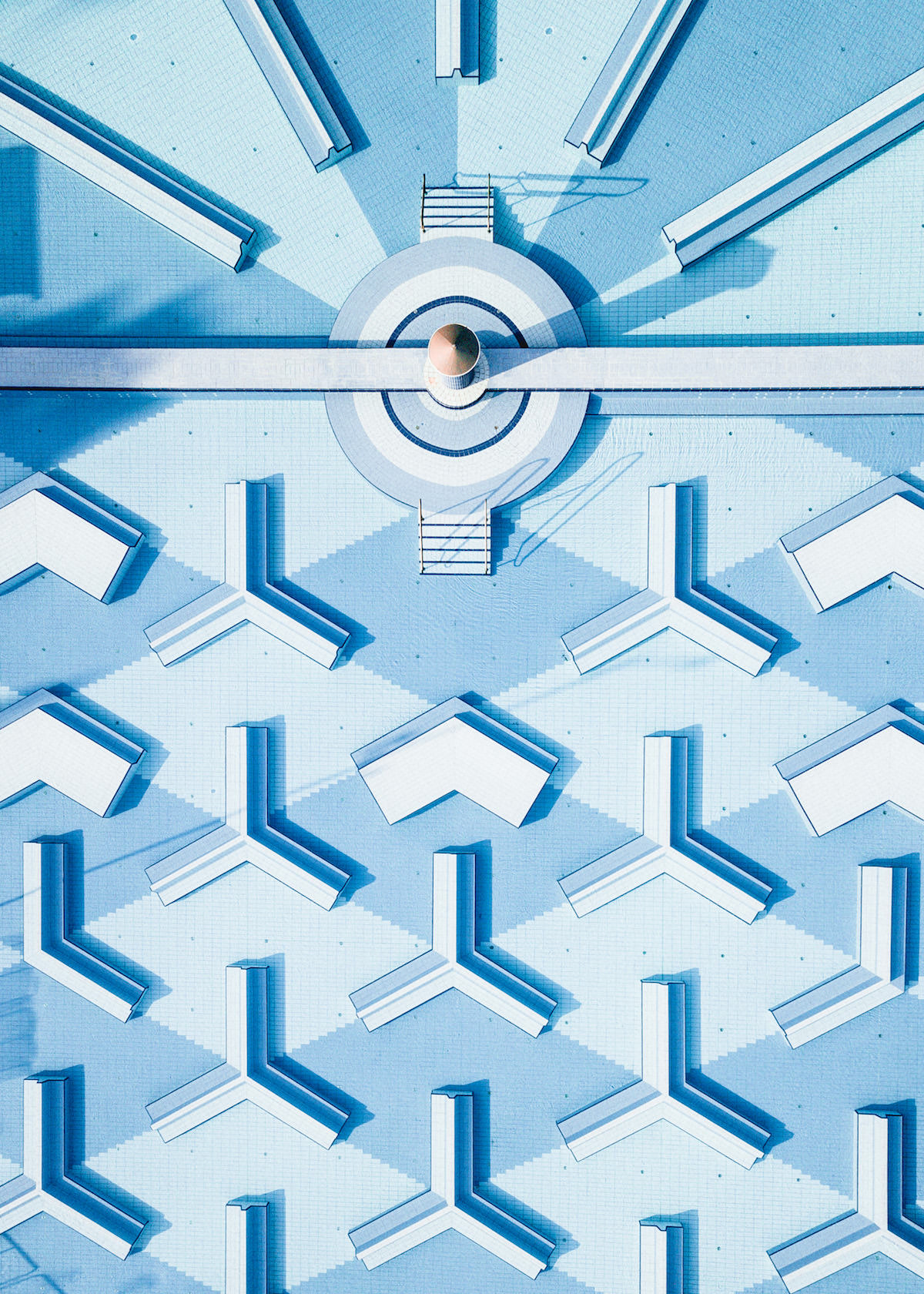 “King of the Ice Castle”, Switzerland, Sylvia Michel
“I love to experience new adventures with my dog. Sleeping in an igloo was a big part of my to-do list. When we entered the igloo, my dog Rasta jumped on the skins and posed as if he had been living here forever. In this Iglu he felt very comfortable. We just came in and he jumped on the sheep fur, laid down and looked like the king of the ice castle. At that moment I pressed the shutter button and so this picture was taken. Travelling is so much more fun with a good friend. The picture was taken on the first of January 2018, at Igludorf Zermatt.” 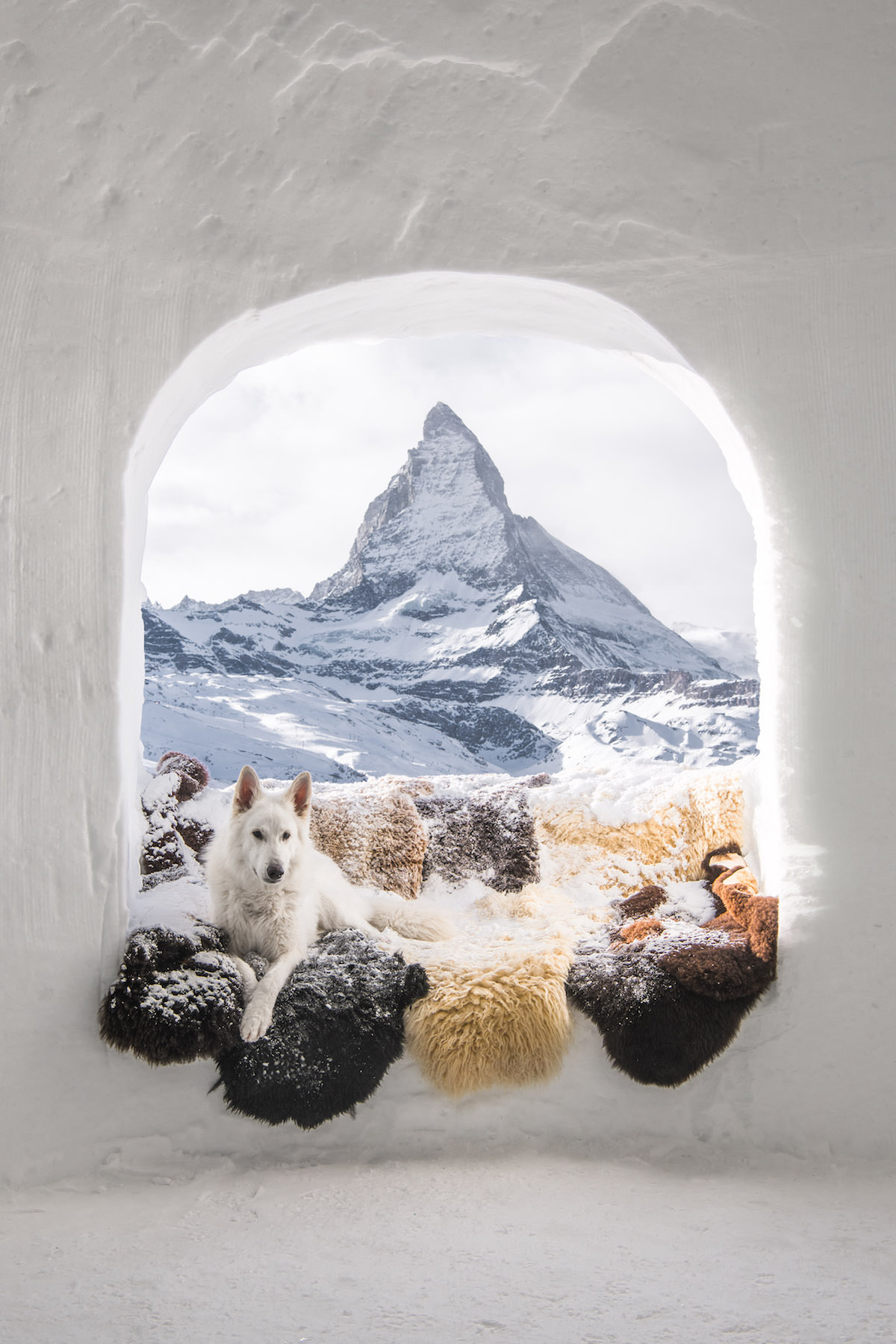 “Morning Light”, Agra, India, Aleksandr Reshnia
“Morning sunlight through archways in the Taj Mahal complex, Agra, India, March 2018. It is difficult to find a person who does not know the Taj Mahal—the most famous and one of the most visited attractions of India” 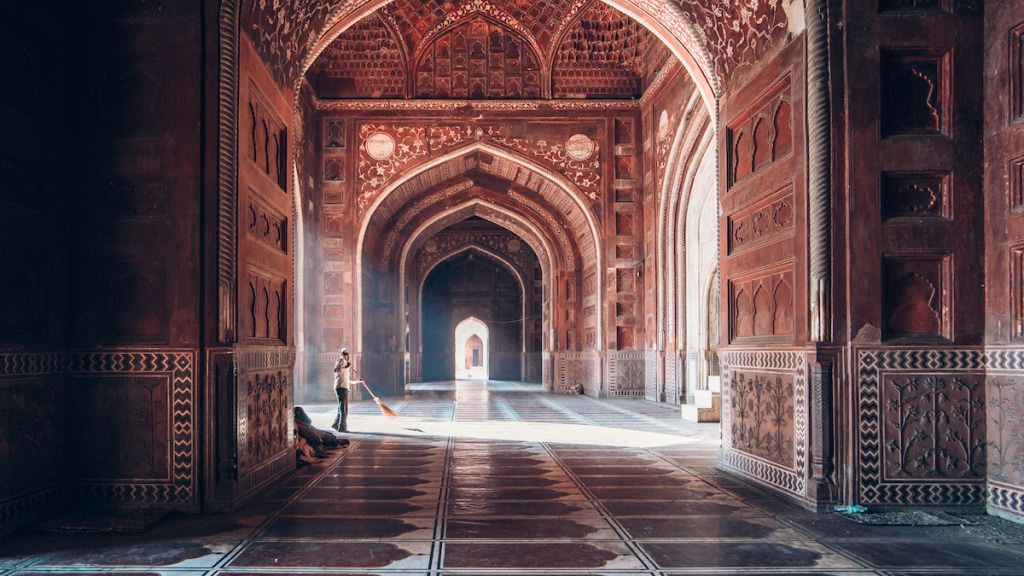 “Harmony”, United States of America, Christy Lee Rogers
“Shot underwater in Hawaii, this image is part of my Muses Collection. What started to work best for me was having a perspective from outside of the water, looking in and using the surface of a pool as a canvas, utilizing natural effects like the refraction of light with movement to bend reality, and shooting at night so I could really control my light.” 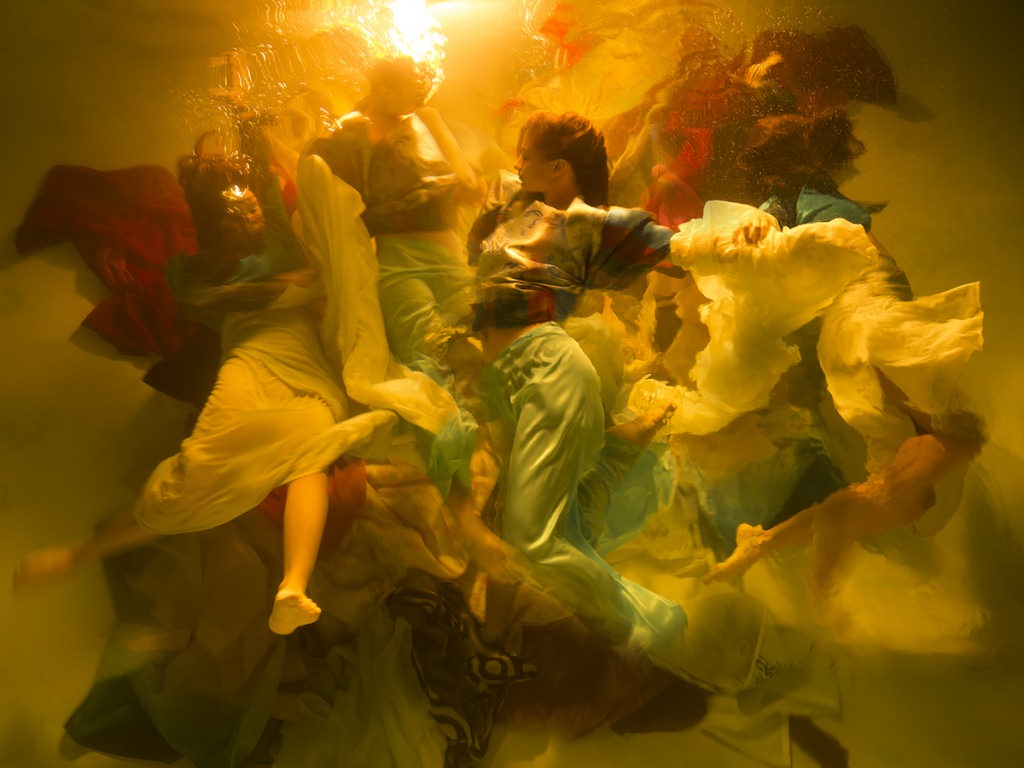 “Ice Playing”, Italy, Marco Marcone
“The Nenets have had to face the threat of extinction before, having endured the challenges of colonial intrusions, civil war, revolution and forced collectivization. Today, their herding way of life is again seriously threatened. Children were separated from their families and sent to government-run boarding schools, where they were forbidden to speak their own language.” 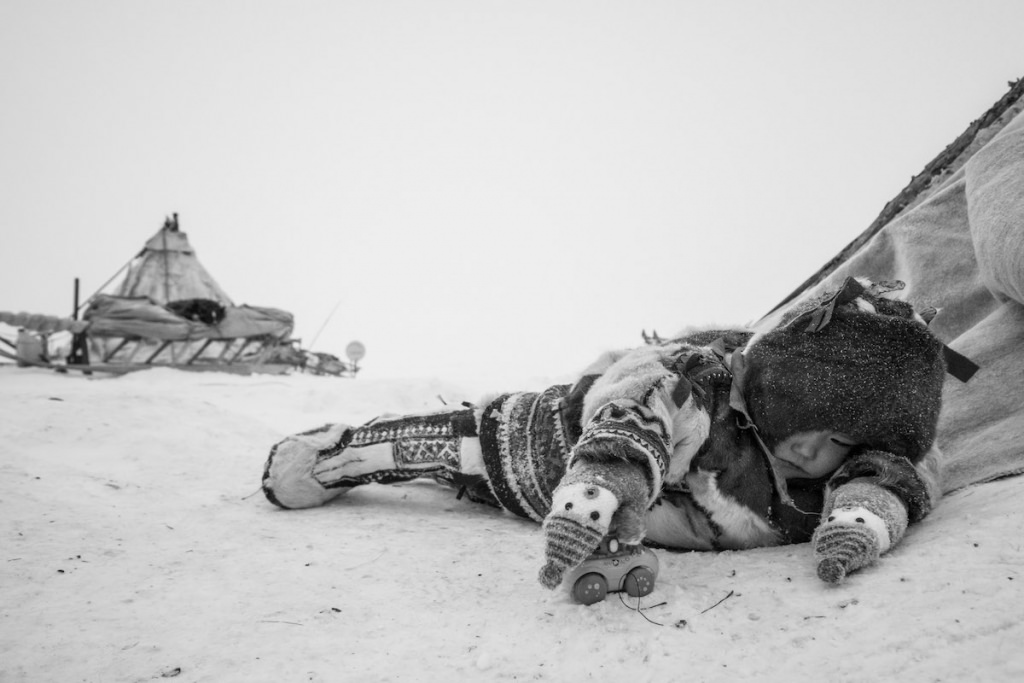 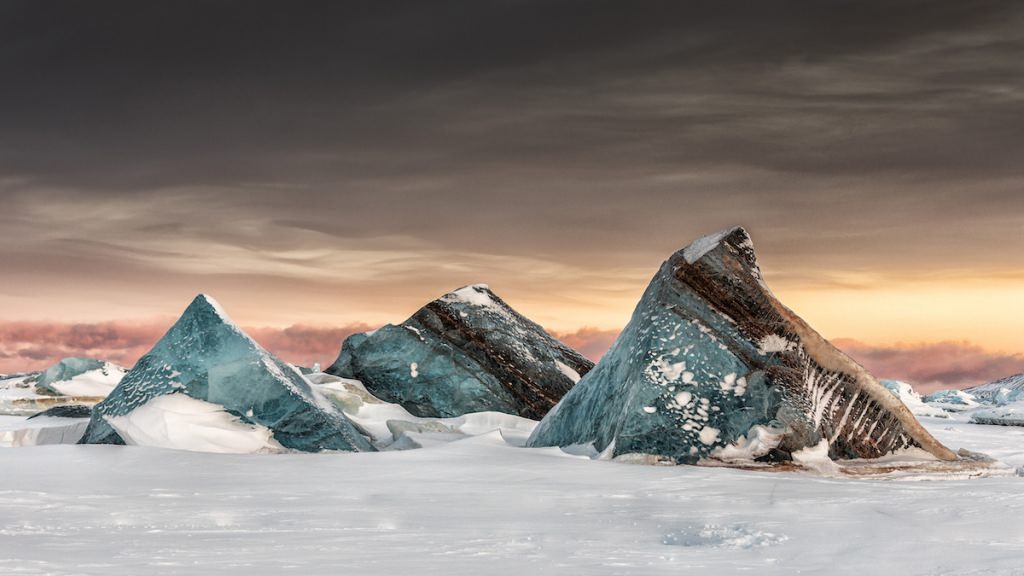 “Day Yawning”, India, Sohail Inzaman
“It was during summer, on that day the temperature was around 40 degree Celsius. We were moving towards zone 2 at Jhalana National Park, looking for Hyenas and then we saw him near its den. We were so close, sitting quietly, watching him. As we know they emerge at night and during daytime, they go into their den hiding by sunrise.” 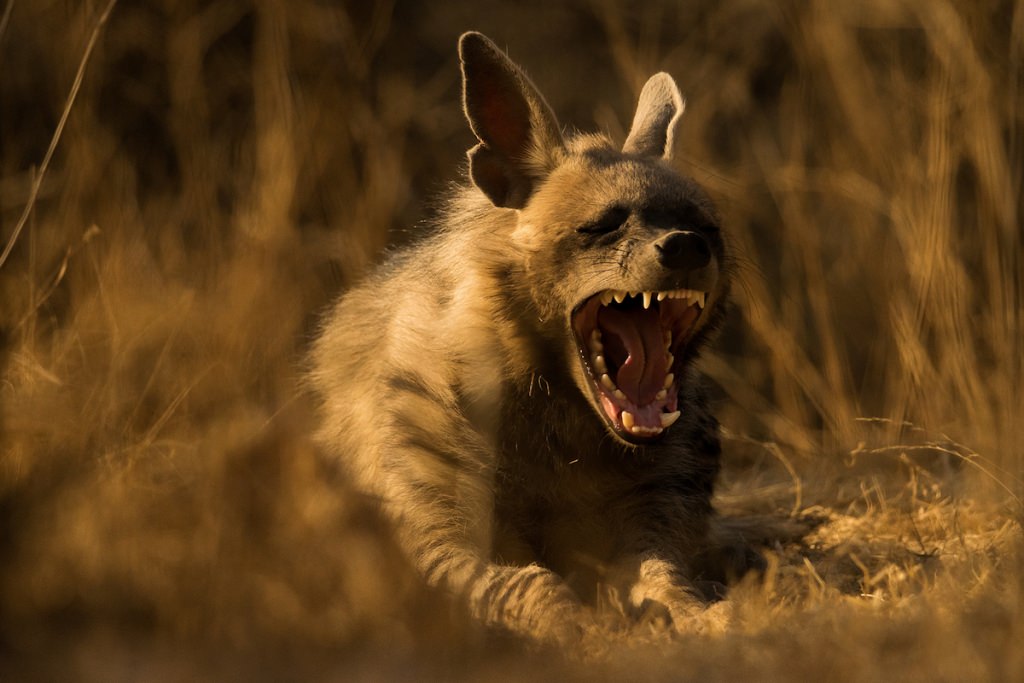 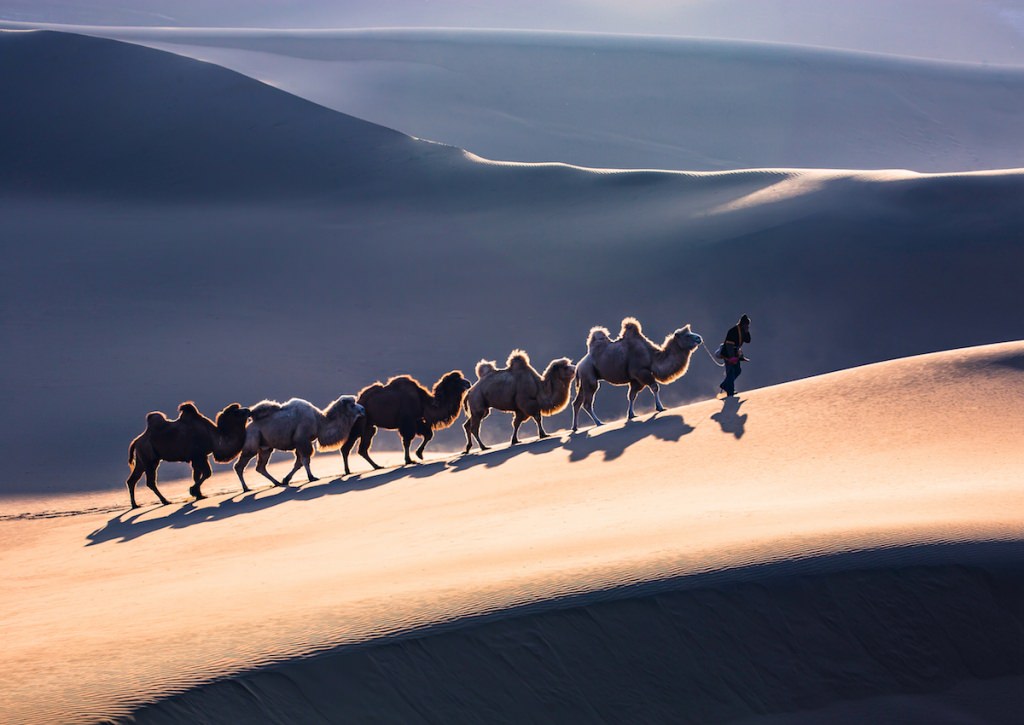 “Michal Navrátil in Bilbao”, Spain, Pedro Luis Ajuriaguerra Saiz
“The diver of the Czech Republic Michal Navrátil makes one of his jumps next to the Guggenheim Bilbao, as part of the RedBull Cliffdiving world series 2018. This image shows the sequence of the complete jump from the platform. It is an image that tells us many aspects.” 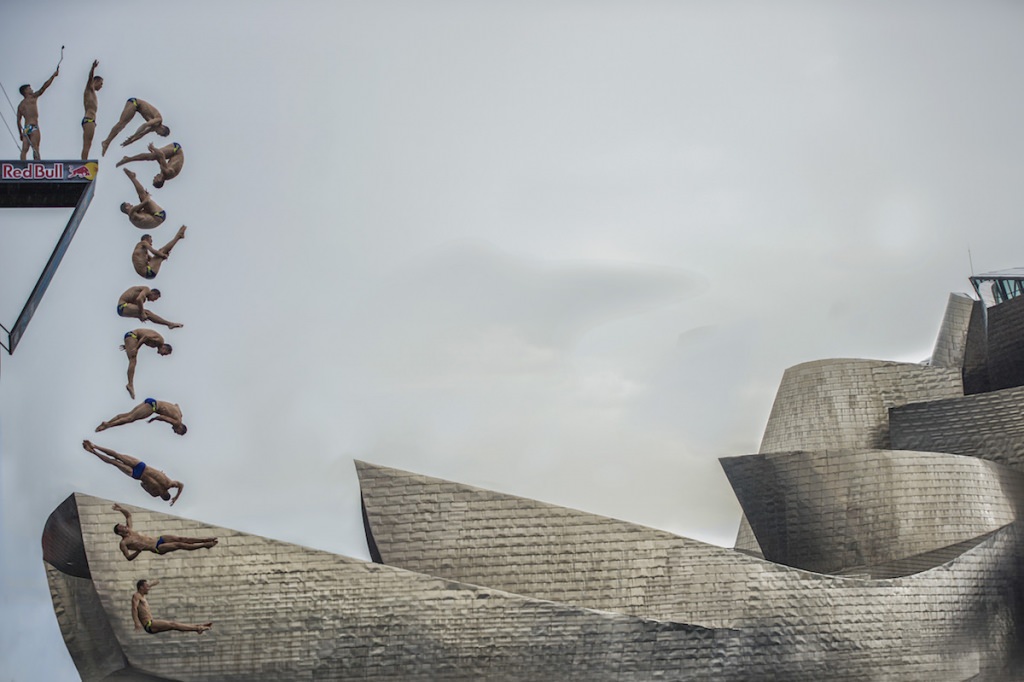 “Nuns on Tour”, United Kingdom, Polly Rusyn
“I was determined to take a photograph of nuns whilst in Rome and it was on my last day that I came across these two, looking cool in their sunglasses happily taking selfies. I positioned myself in front of them and took a couple of shots repositioning myself slightly to ensure the phone was clearly separated from the buildings in the background.” 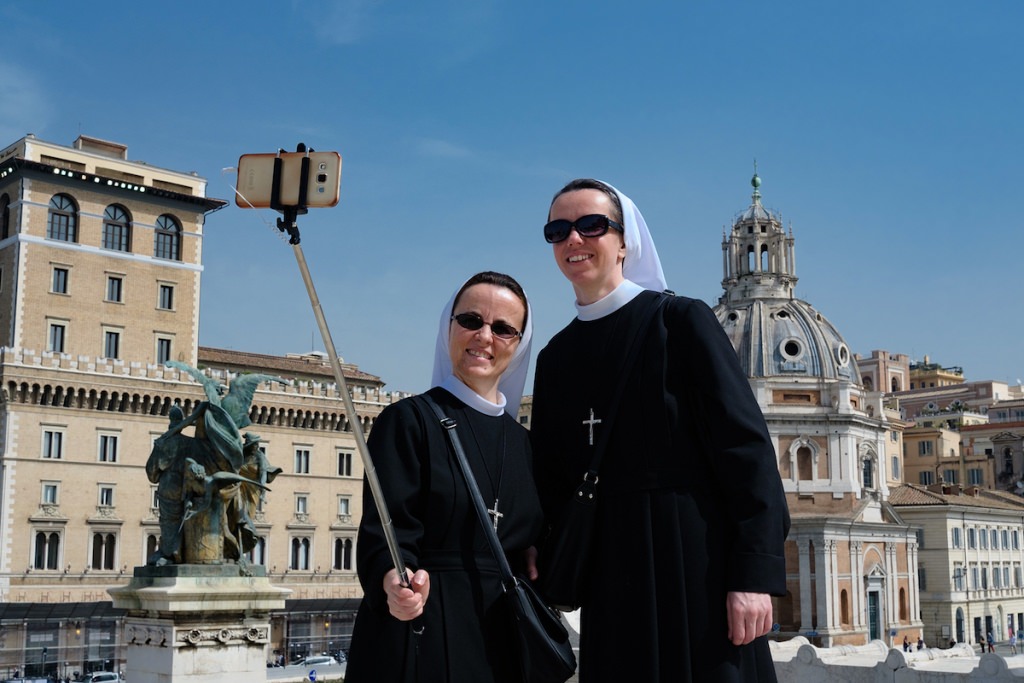 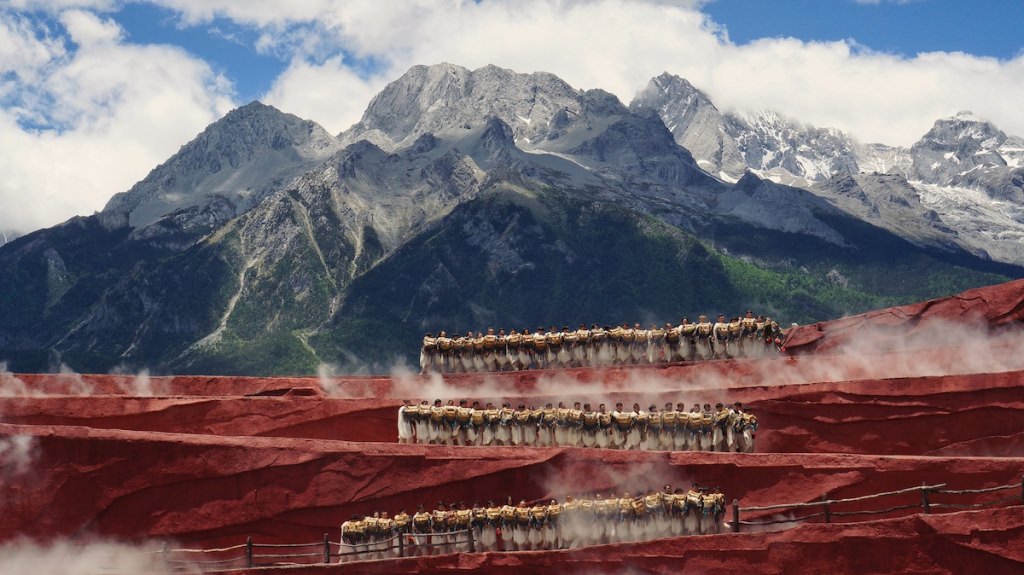 “Against the Sun”, Australia, Gaetano Dario Gargiulo
“Swimming enclosures made up from thick rope meshes are pretty common in NSW (Australia), they get colonized by many forms of marine life seahorses in particular, for this reason among divers we call them “seahorses-hotels”. I intentionally dive at dawn or dusk near these nets to catch seahorses in the best light.” 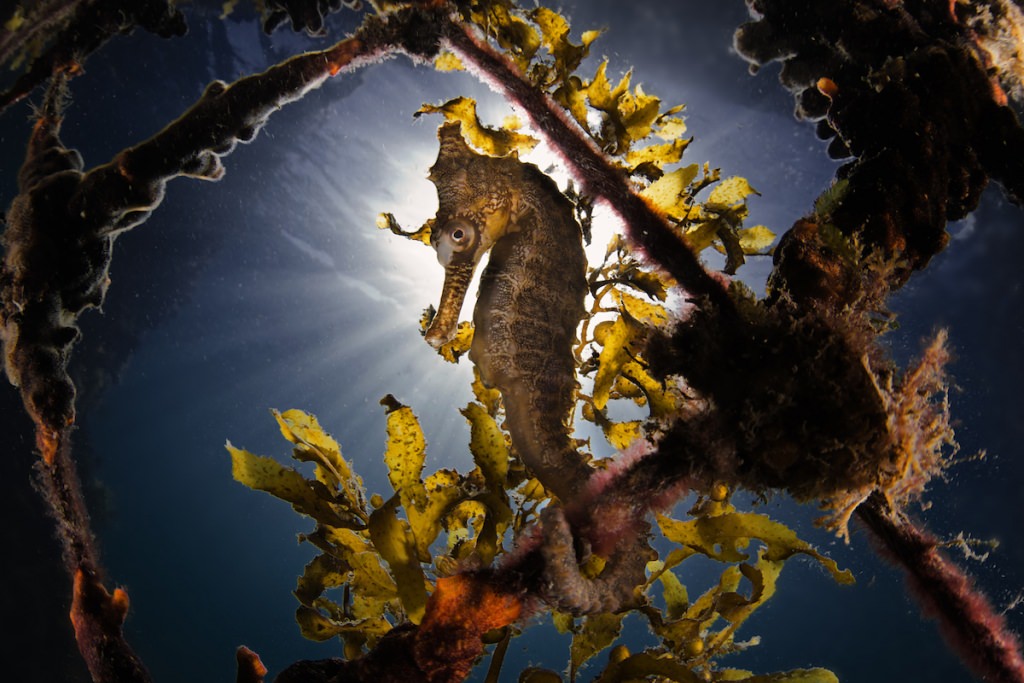 “Circuit Board or Funfair”, United Kingdom, Nicholas E Jones
“View from above at first glance could be mistaken for a circuit board but this early morning shot of the funfair at Weston Super Mare along the beach.” 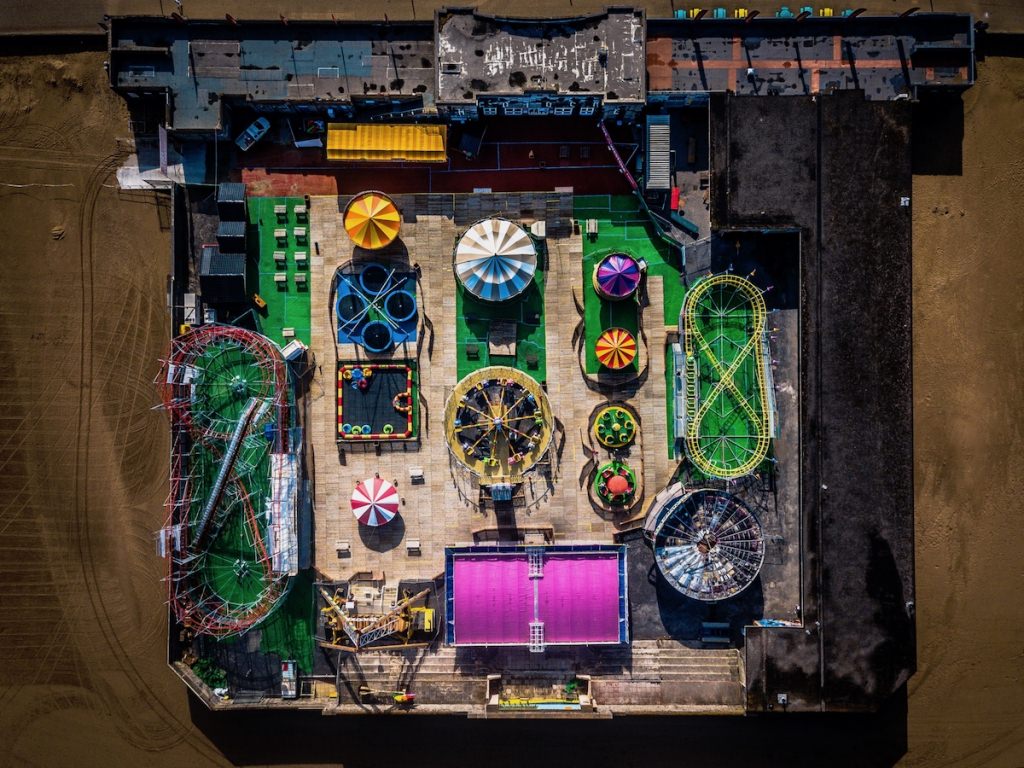 “Up There”, Philippines, Christopher Comeso
“This was taken during my travel trip to India on their festival of Holi. saw this young Indian boy hiding on the Clothe and took a chance to take this awesome black and white.” 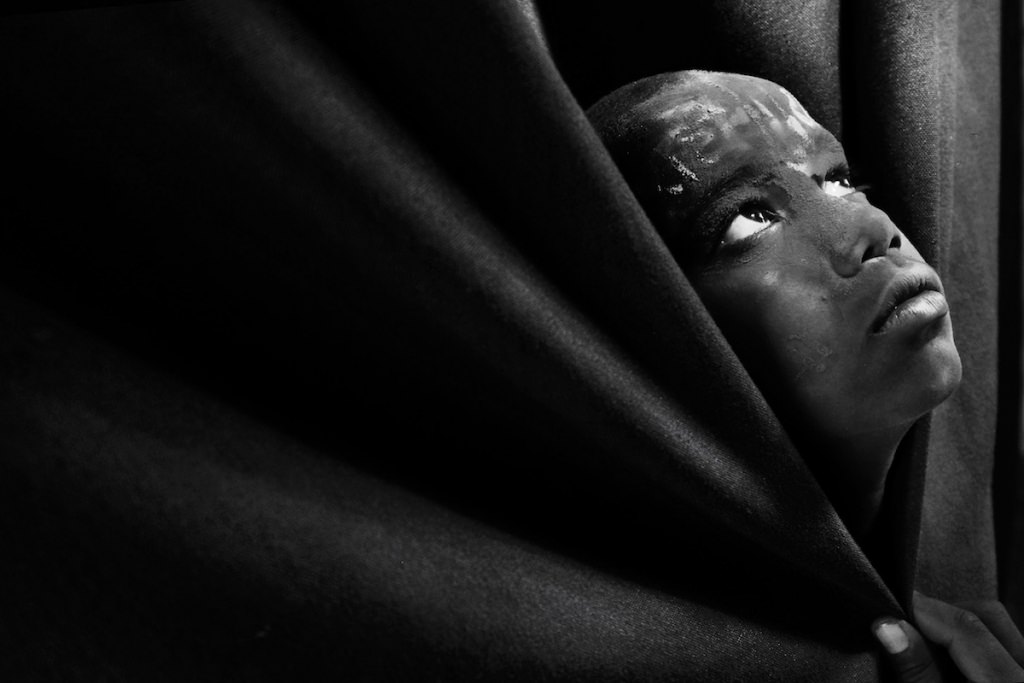 “Pourim Banquet”, France, Sebastien Leban
This photo depicts a banquet seen in a religious school during the Pourim celebrations in the ultra religious neighborhood of Mea Shearim in Jerusalem on march 2nd 2018. Purim commemorates the saving of the Jewish people from Haman, who was planning to kill all the Jews. This took place in the ancient Achaemenid Persian Empire.” 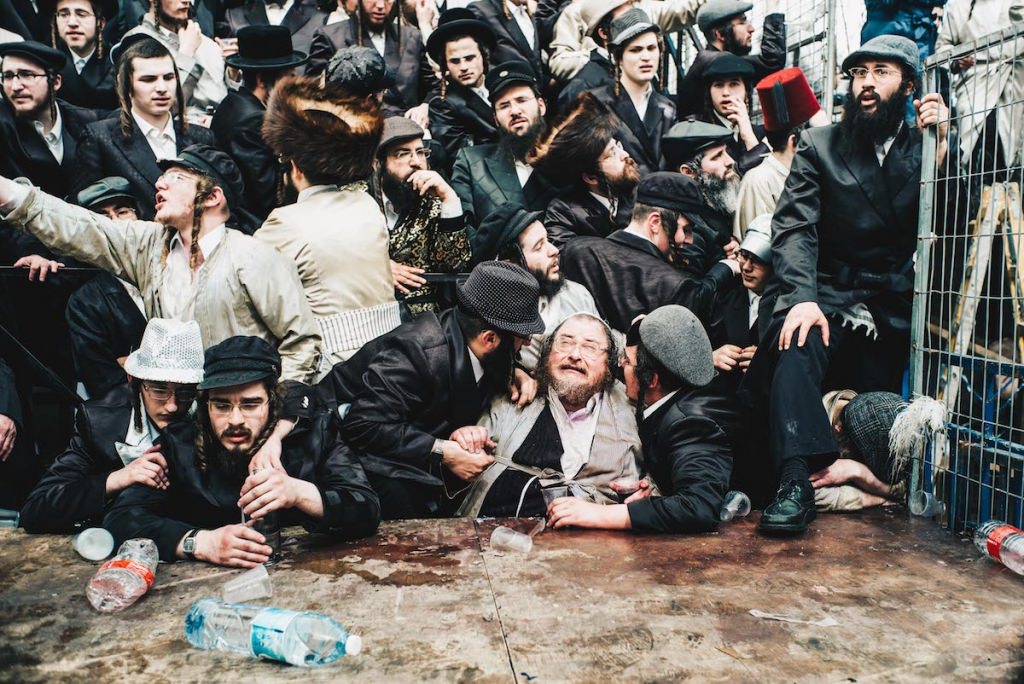 “Summer Morning”, United Kingdom, Matthew Cattell
“Red Deer stag at dawn on a misty summer’s morning in Bushy Park near London, UK. I’ve been following the Red Deers in the London Parks for the past 3 years, and summer has to be my favorite time of year to photograph them. Stags shed their antlers early in the year and then regrow them over the summer months in preparation for the breeding season or rut in Autumn.” 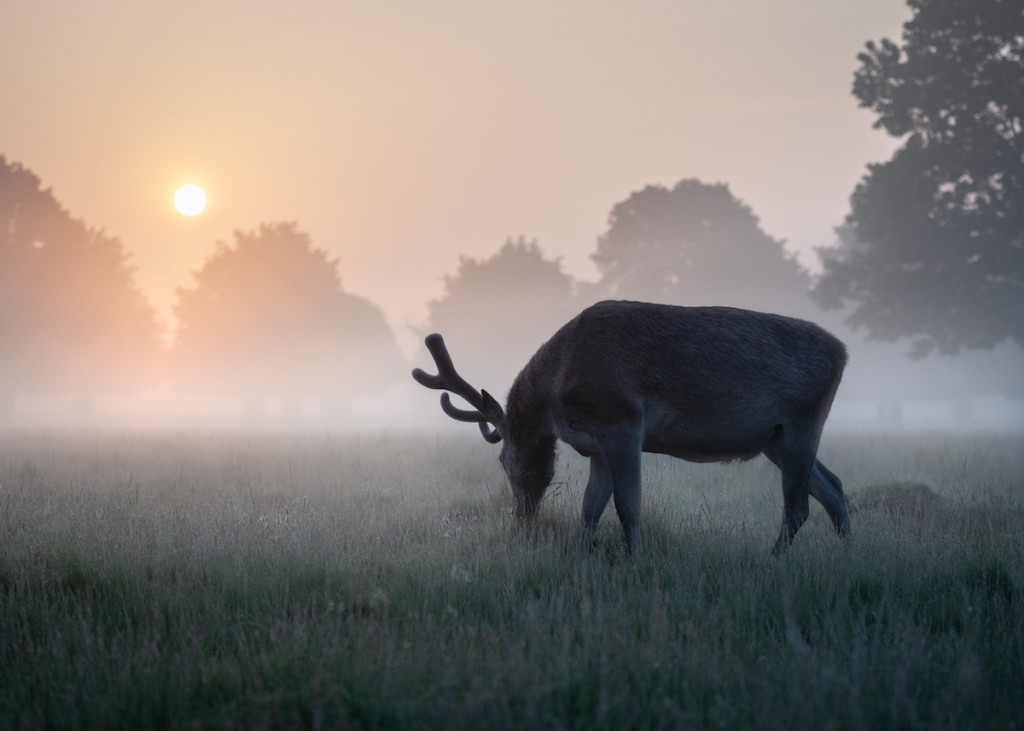