Reuters Pictures Of The Year 2018: Aerials 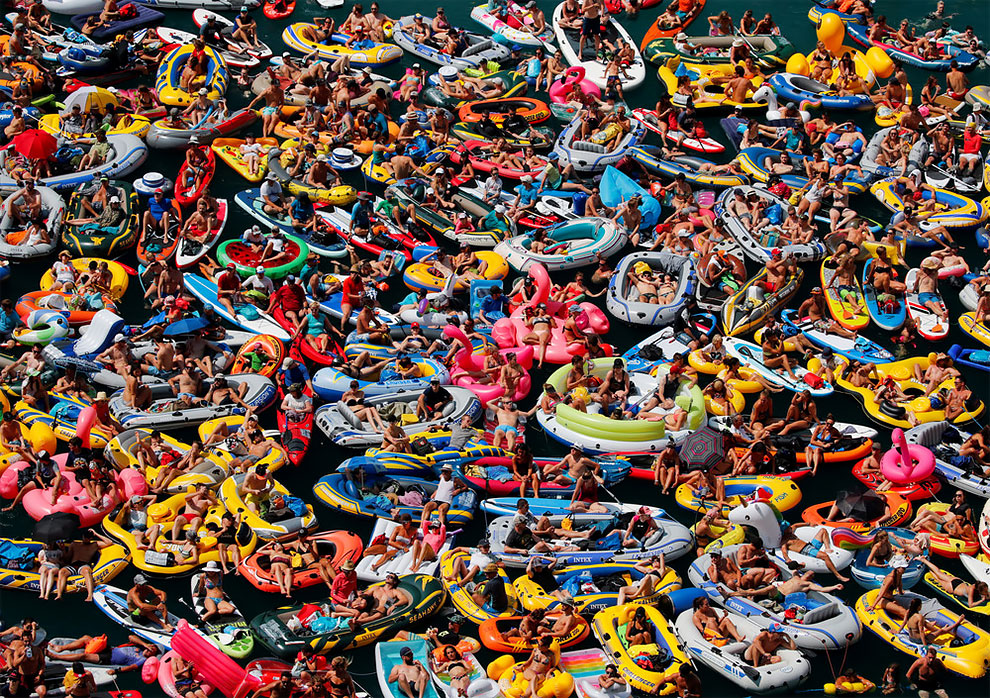 People on inflatable boats enjoy the weather on the Lake Lucerne in Sisikon, Switzerland, August 5, 2018. (Photo by Denis Balibouse/Reuters) 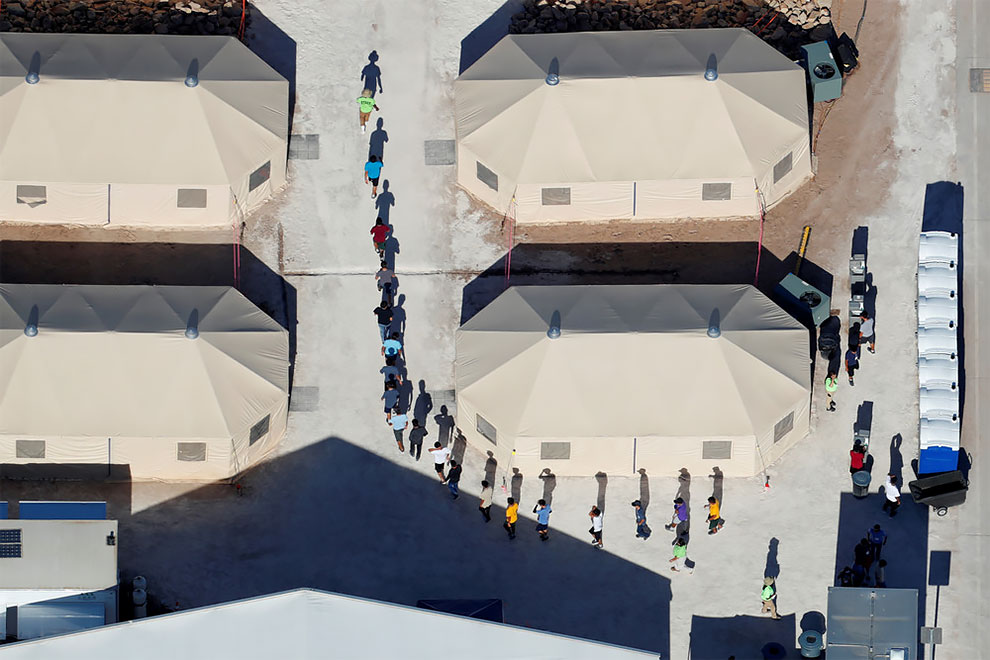 Immigrant children, many of whom have been separated from their parents under a “zero tolerance” policy by the Trump administration, are shown walking in single file between tents in their compound next to the Mexican border in Tornillo, Texas, June 18, 2018. (Photo by Mike Blake/Reuters) 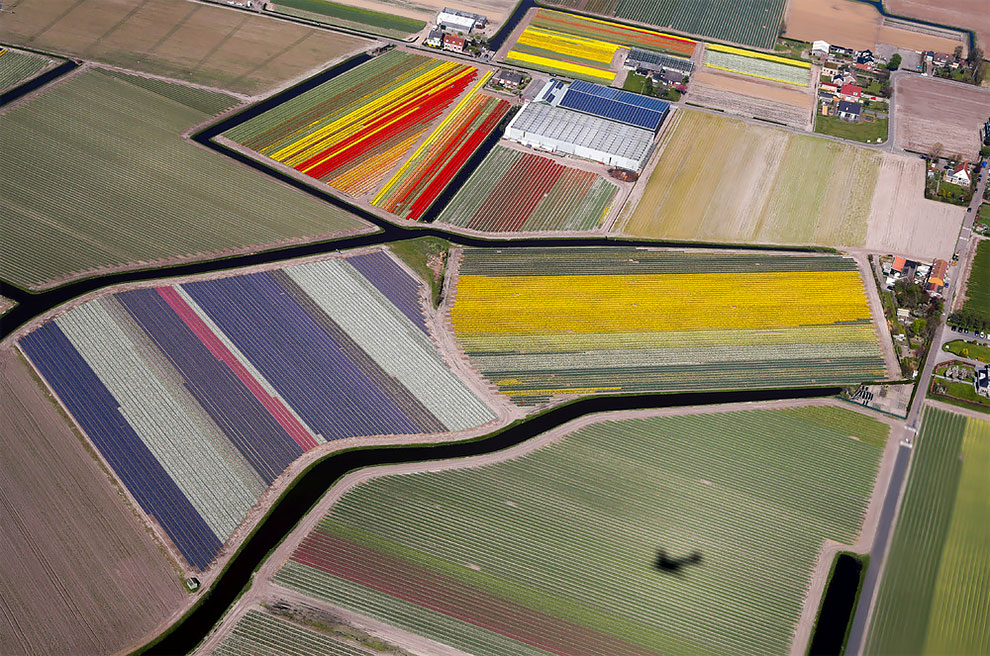 Aerial view of flower fields near the Keukenhof Park, also known as the Garden of Europe, in Lisse, The Netherlands, April 20, 2018. (Photo by Yves Herman/Reuters) 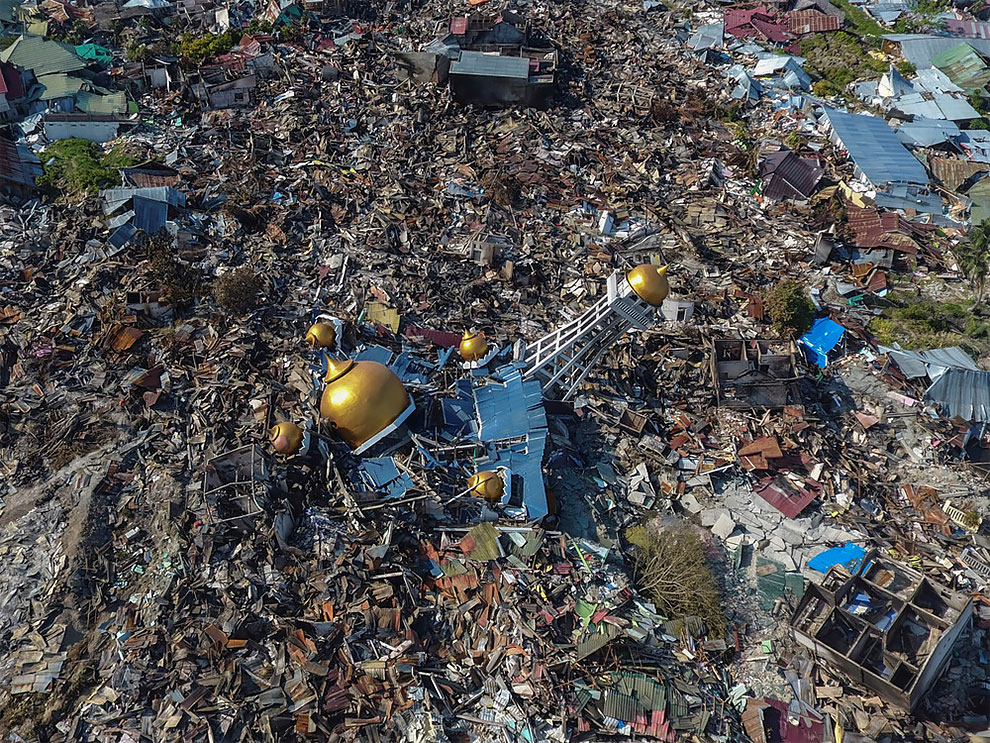 An aerial view of an area devastated by an earthquake and tsunami in Palu, Central Sulawesi, Indonesia, October 1, 2018. (Photo by Hafidz Mubarak A./Reuters/Antara Foto) 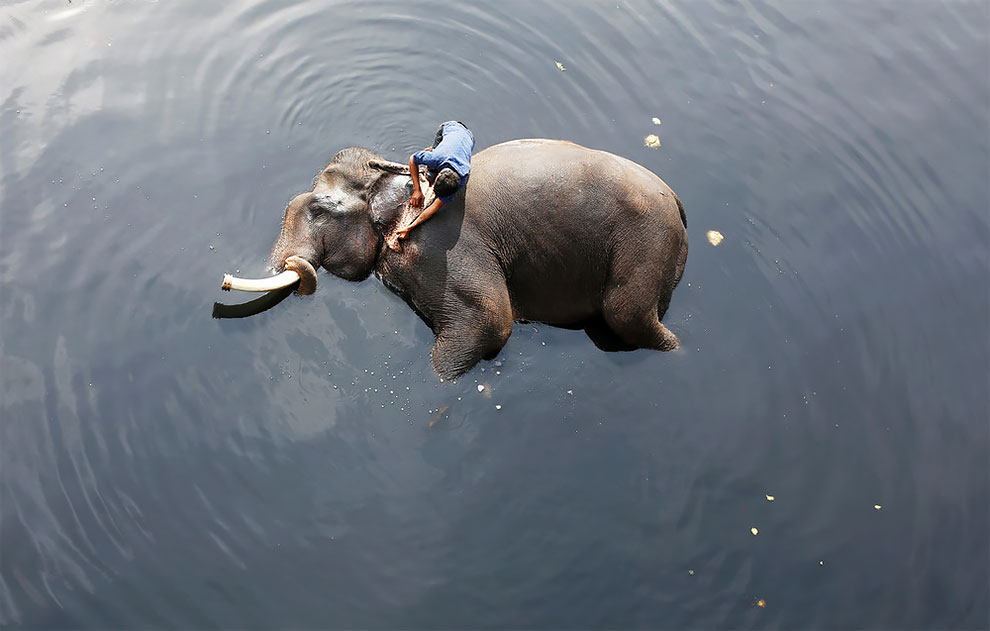 A mahout bathes his elephant in the polluted water of river Yamuna in New Delhi, India, February 6, 2018. (Photo by Adnan Abidi/Reuters) 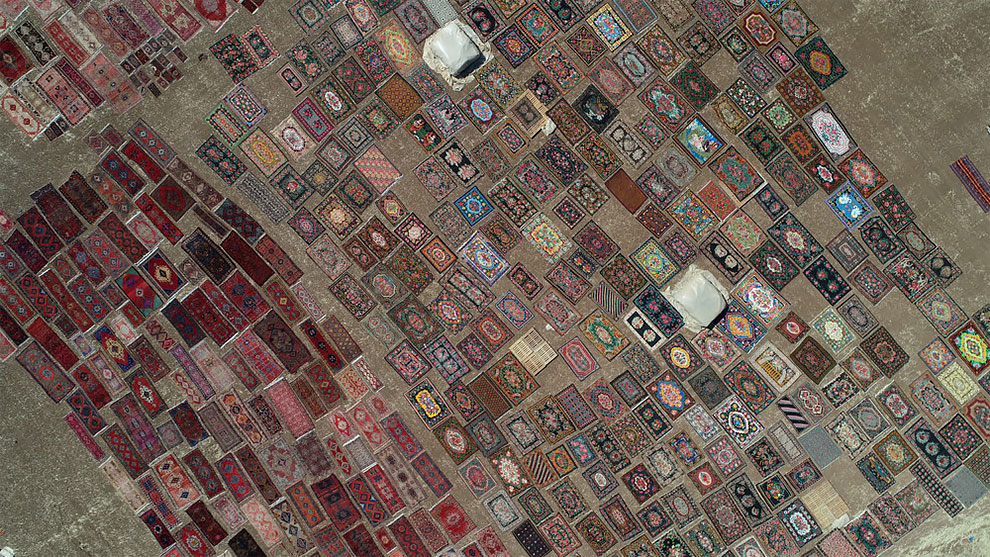 Carpets are laid out in fields to soften their colors under the sizzling sun in Dosemealti, a town in the Mediterranean province of Antalya, Turkey, August 10, 2018. (Photo by Umit Bektas/Reuters) 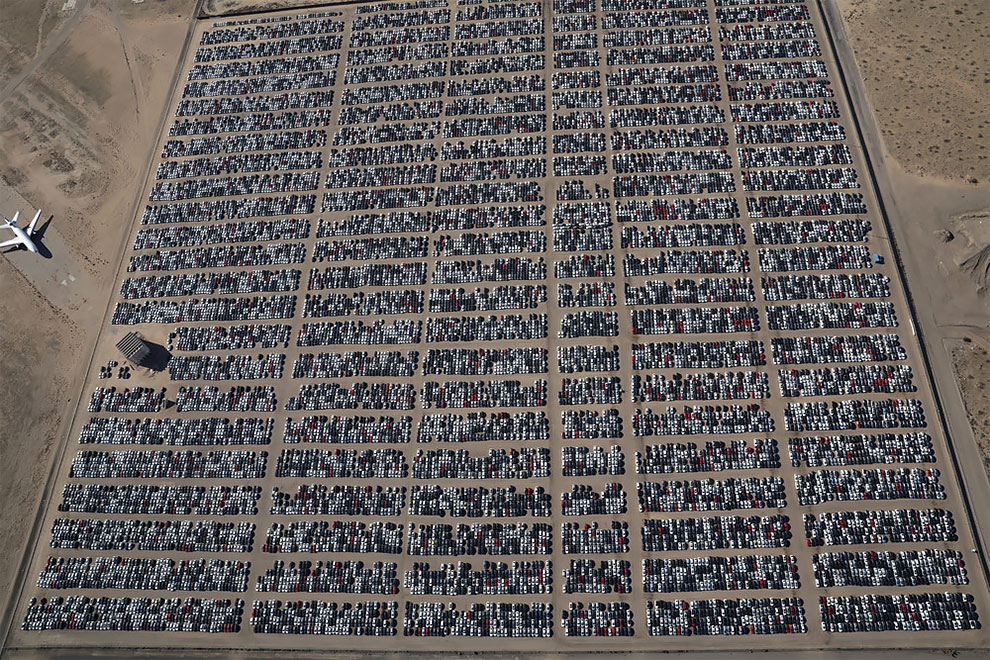 Reacquired Volkswagen and Audi diesel cars sit in a desert graveyard near Victorville, California, March 28, 2018. Volkswagen AG has paid more than $7.4 billion to buy back about 350,000 vehicles, the automaker said in a recent court filing, and is now storing thousands of vehicles around the United States. (Photo by Lucy Nicholson/Reuters) 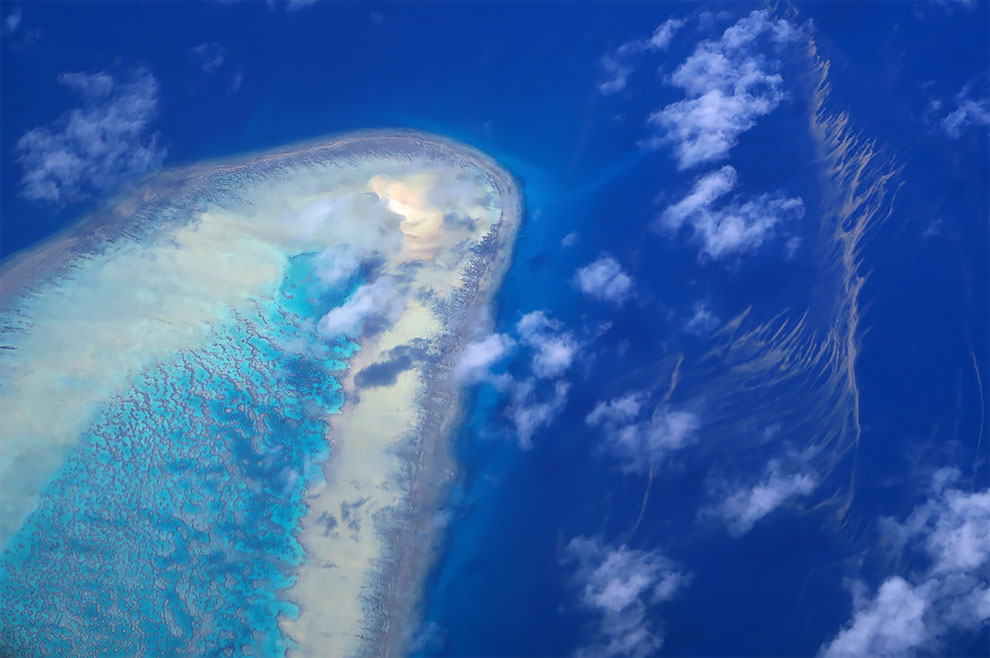 Coral surrounds a small island on the Great Barrier Reef, located off the coast of Queensland, near the town of Rockhampton, in Australia, November 15, 2018. (Photo by David Gray/Reuters) 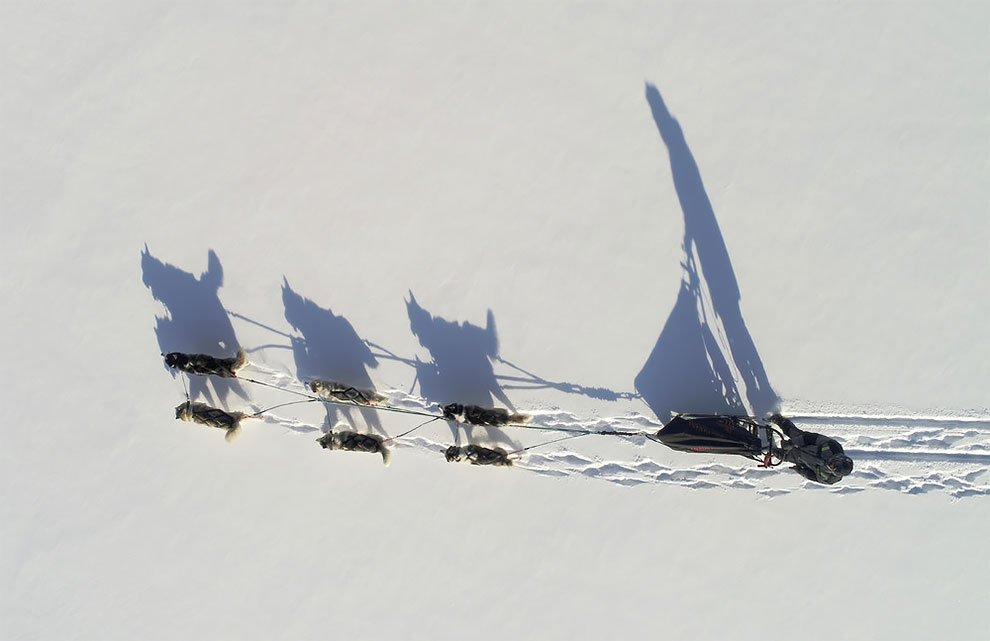 Siberian Husky dogs of the Royev Ruchey Park team pull a rig during a practice session for the Karadag Sled Dog Rally on the frozen Mana River, in the Siberian Taiga area outside Krasnoyarsk, Russia, February 6, 2018. (Photo by Ilya Naymushin/Reuters) 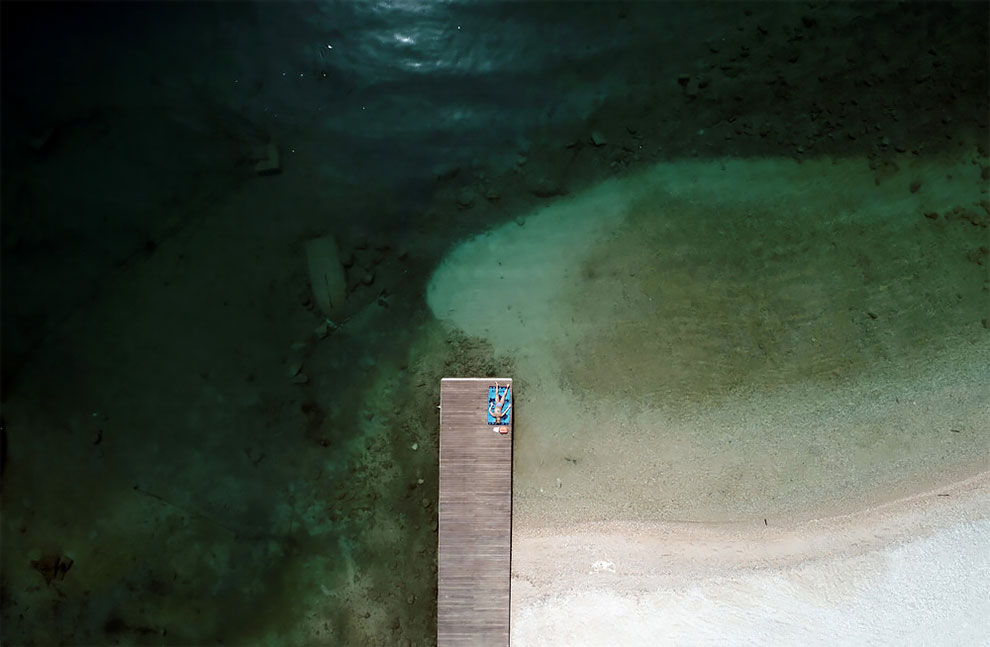 A woman enjoys a sunbath at the pier on the Adriatic Sea in Brela, Croatia, April 28, 2018. (Photo by Antonio Bronic/Reuters) 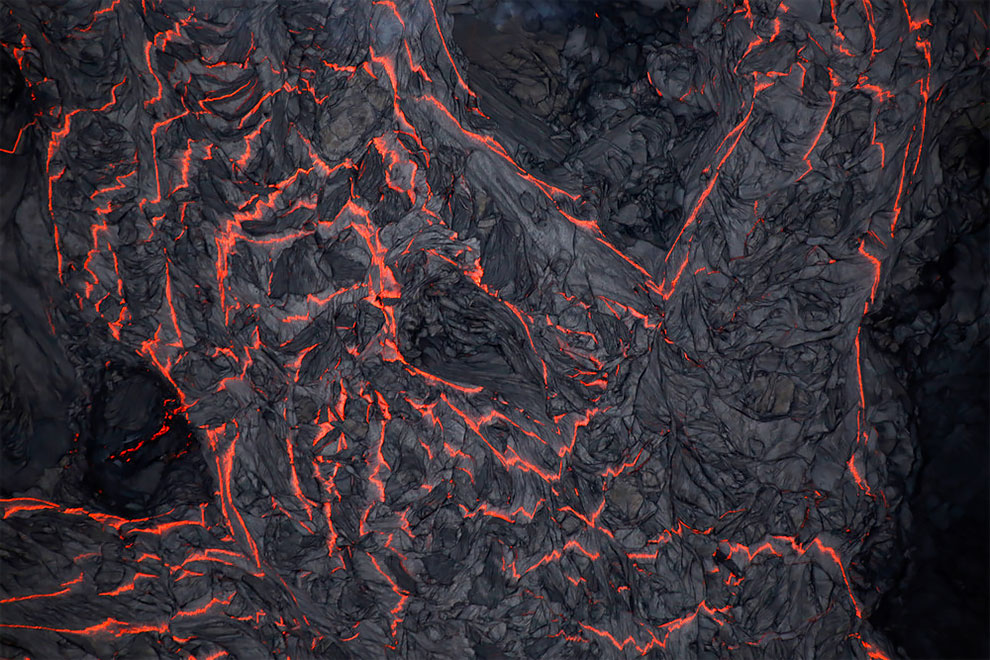 Lava flows on the outskirts of Pahoa during ongoing eruptions of the Kilauea Volcano in Hawaii, June 5, 2018. (Photo by Terray Sylvester/Reuters) 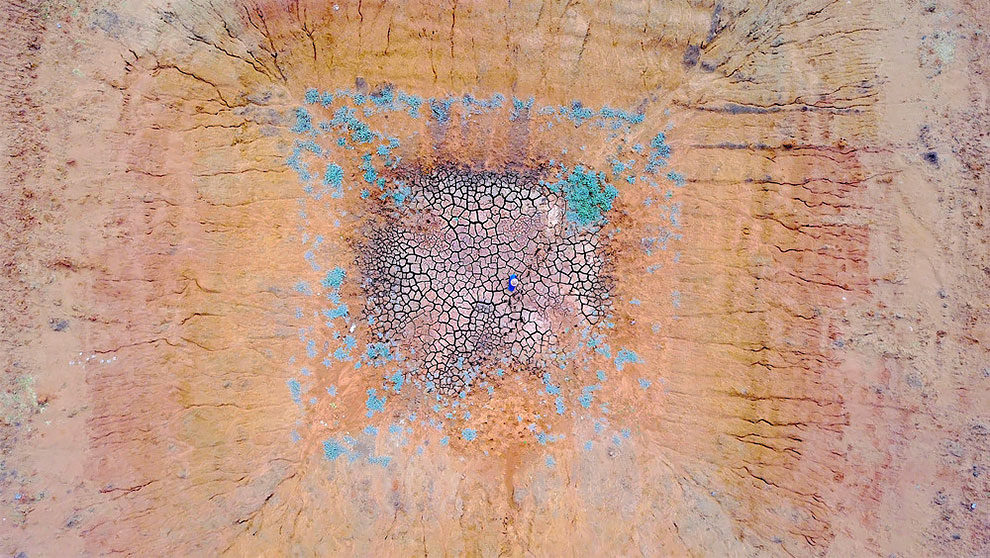 Farmer Ash Whitney stands in the middle of a dried-up dam in a drought-effected paddock on his property located west of the town of Gunnedah in New South Wales, Australia, June 3, 2018. “I have been here all my life, and this drought is feeling like it will be around a while”, said Whitney. (Photo by David Gray/Reuters) 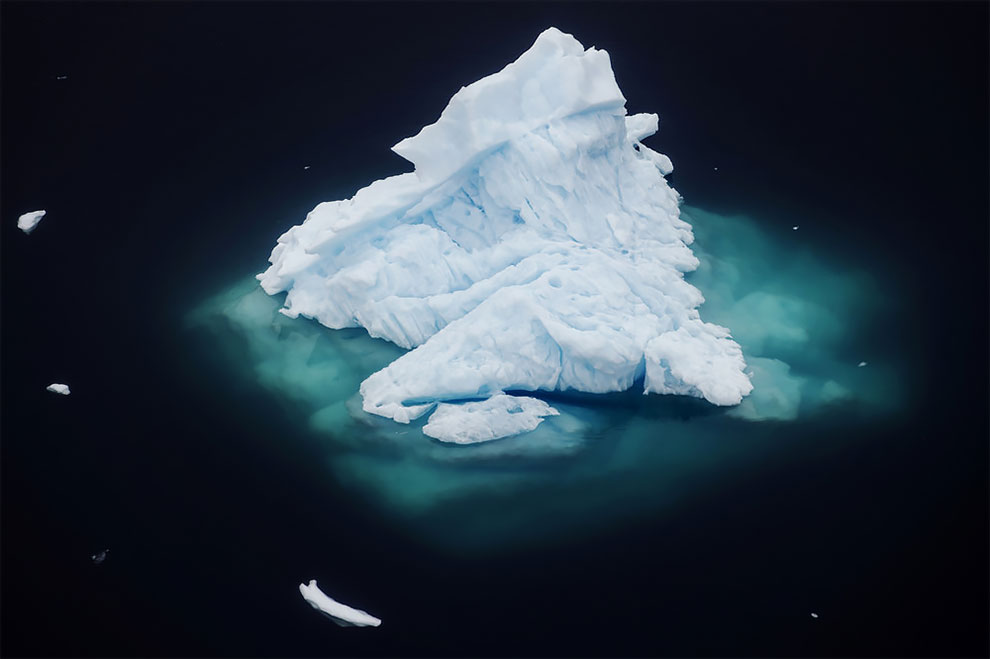 An iceberg floats in a fjord near the town of Tasiilaq, Greenland, June 24, 2018. (Photo by Lucas Jackson/Reuters) 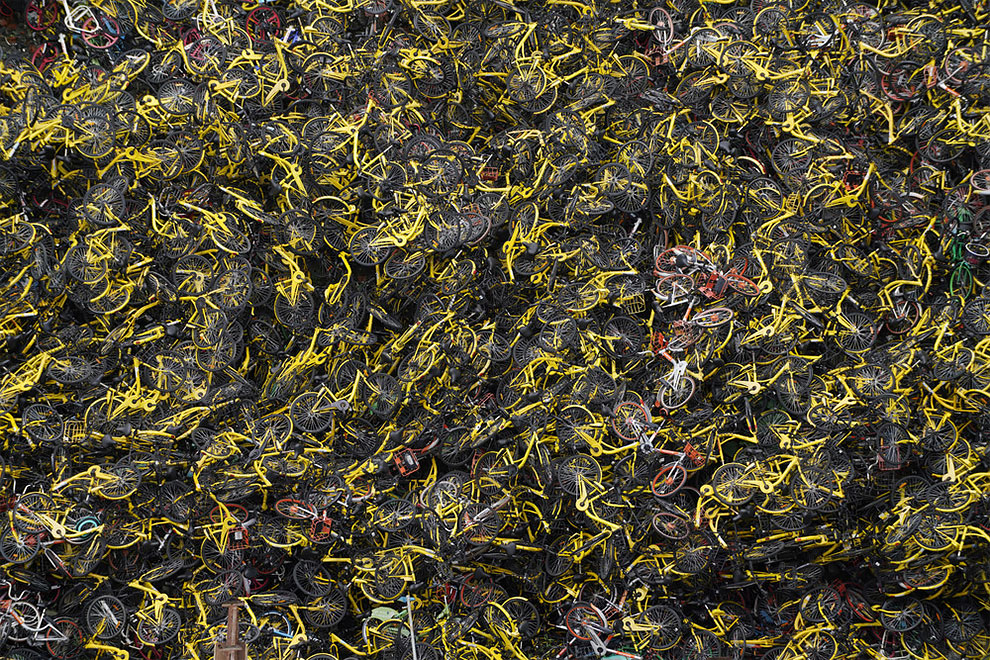 Bicycles of various bike-sharing services are seen in the rubble of houses partially demolished in Shanghai, China, July 8, 2018. (Photo by Aly Song/Reuters) 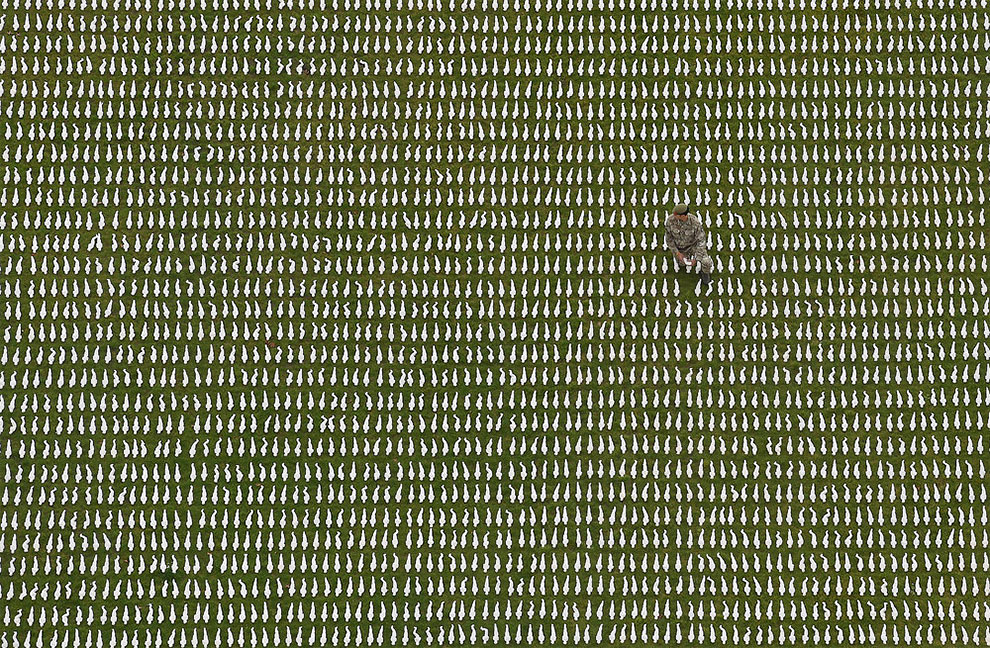 Captain James Pugh from the 1st Battalion of the Royal Anglian Regiment views some of the 72,396 shrouded figures that form part of the “Shroud of the Somme” installation by British artist Rob Heard, in London’s Queen Elizabeth Olympic Park, November 7, 2018. (Photo by Toby Melville/Reuters) 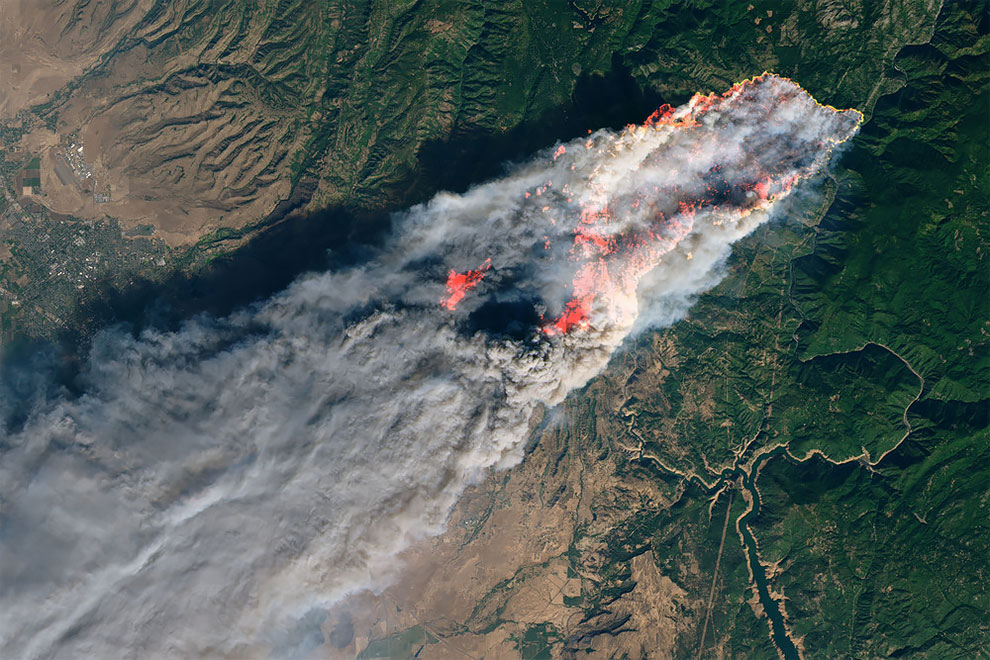 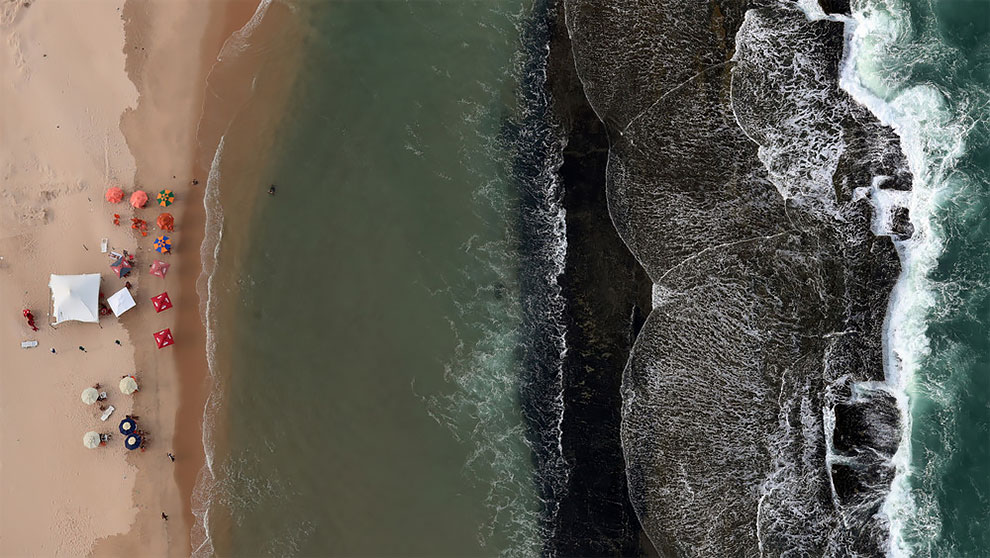 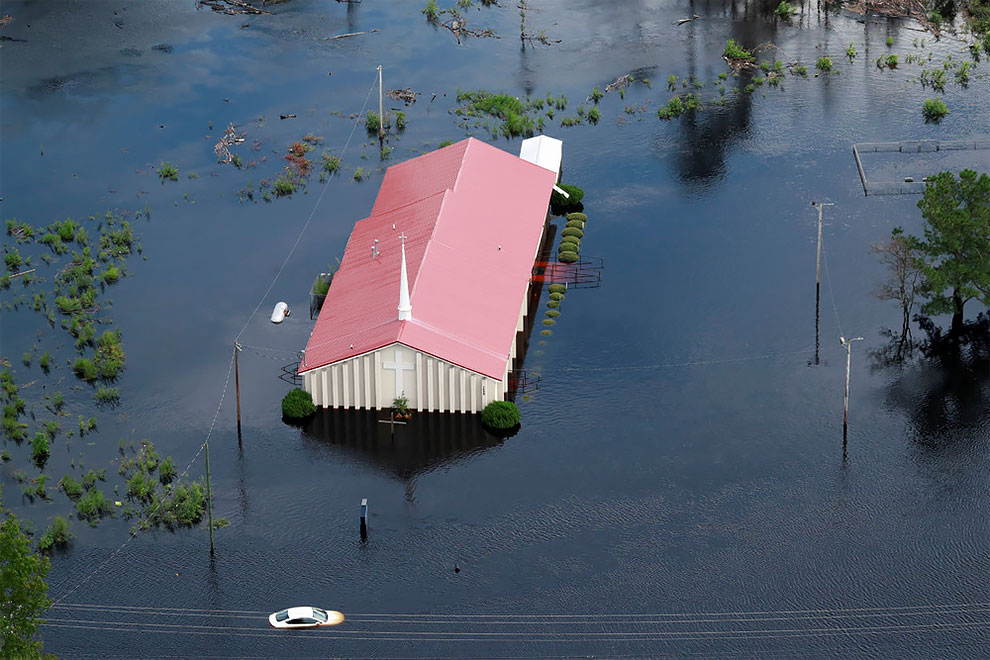 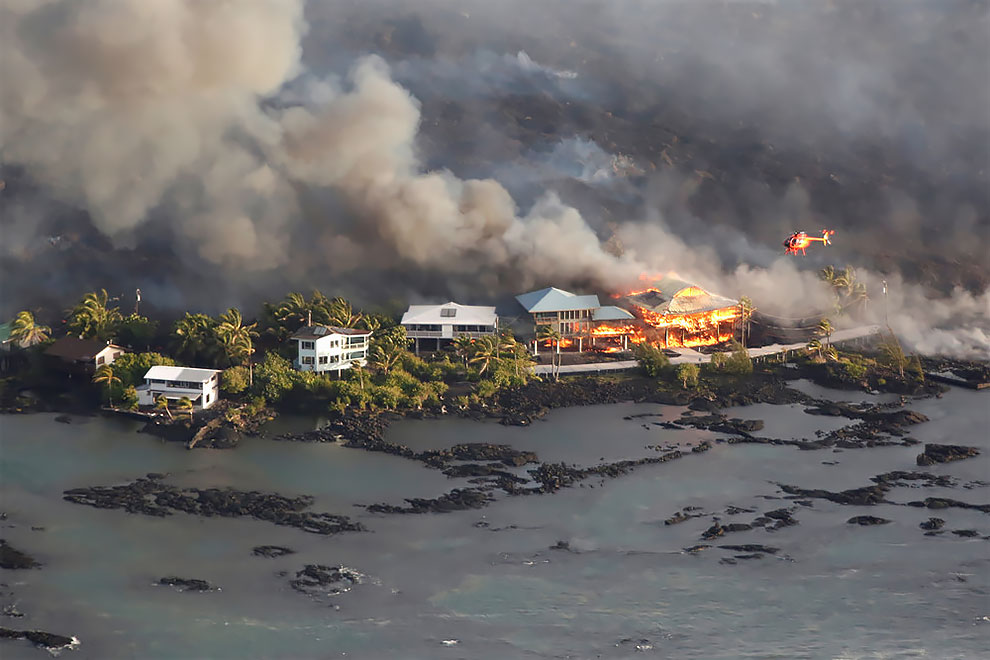 Lava destroys homes in the Kapoho area, east of Pahoa, during ongoing eruptions of the Kilauea Volcano in Hawaii, June 5, 2018. (Photo by Terray Sylvester/Reuters) 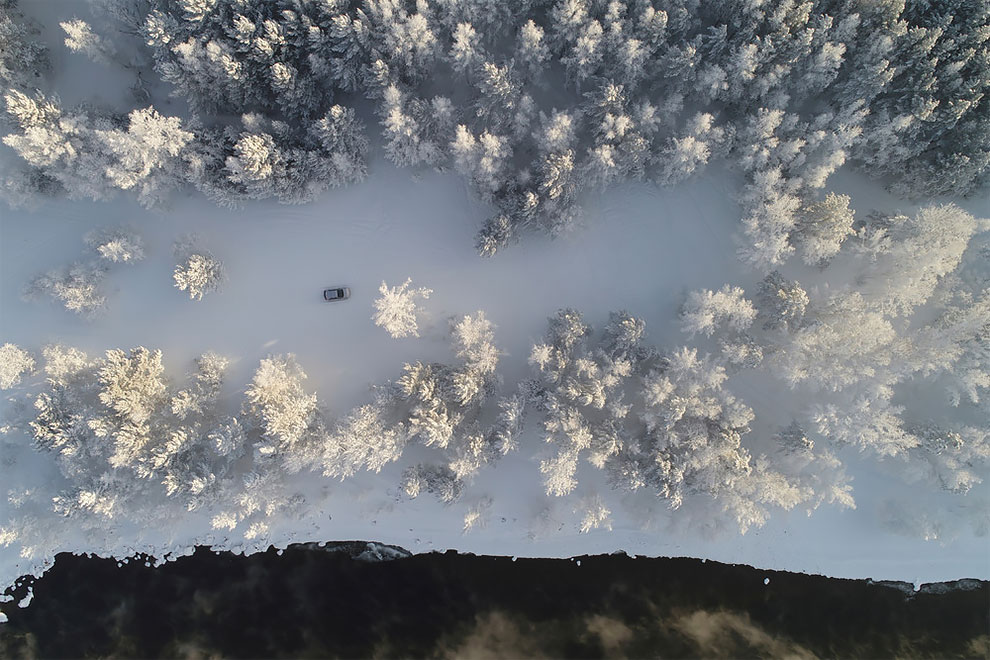 An aerial view shows a car driving along a bank of the Yenisei River, with the air temperature at about minus 30 degrees Celsius (minus 22 degrees Fahrenheit), outside Krasnoyarsk, Russia January 25, 2018. (Photo by Ilya Naymushin/Reuters) 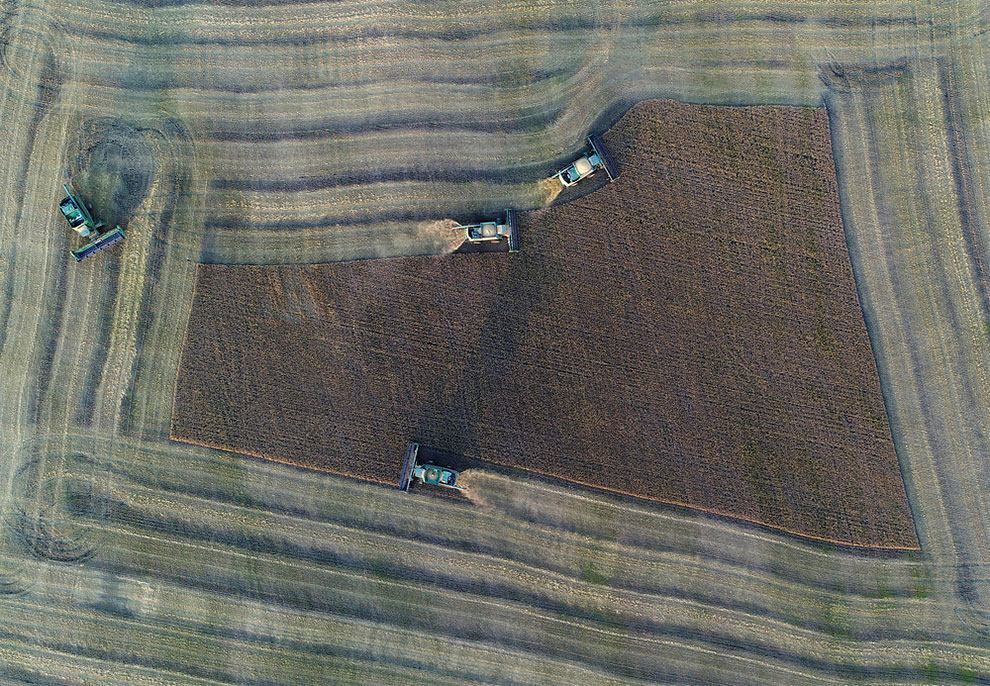 Combines harvesting barley in a field of the Solgonskoye private farm outside the Siberian village of Talniki in Russia, August 25, 2018. (Photo by Ilya Naymushin/Reuters) 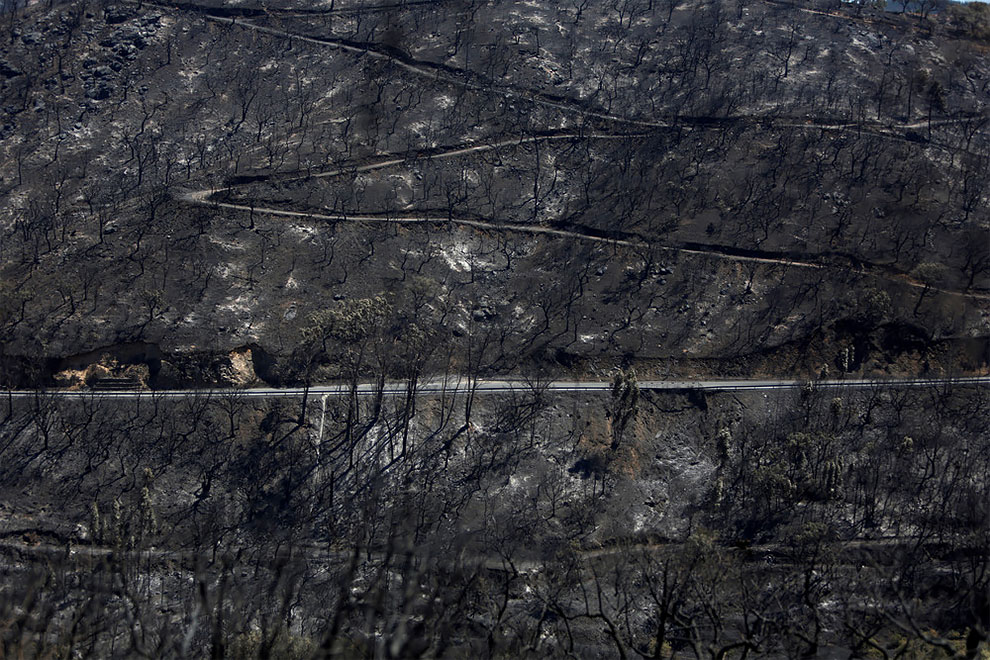 A view of a burned forest next to the village of Monchique, Portugal, August 8, 2018. (Photo by Pedro Nunes/Reuters) 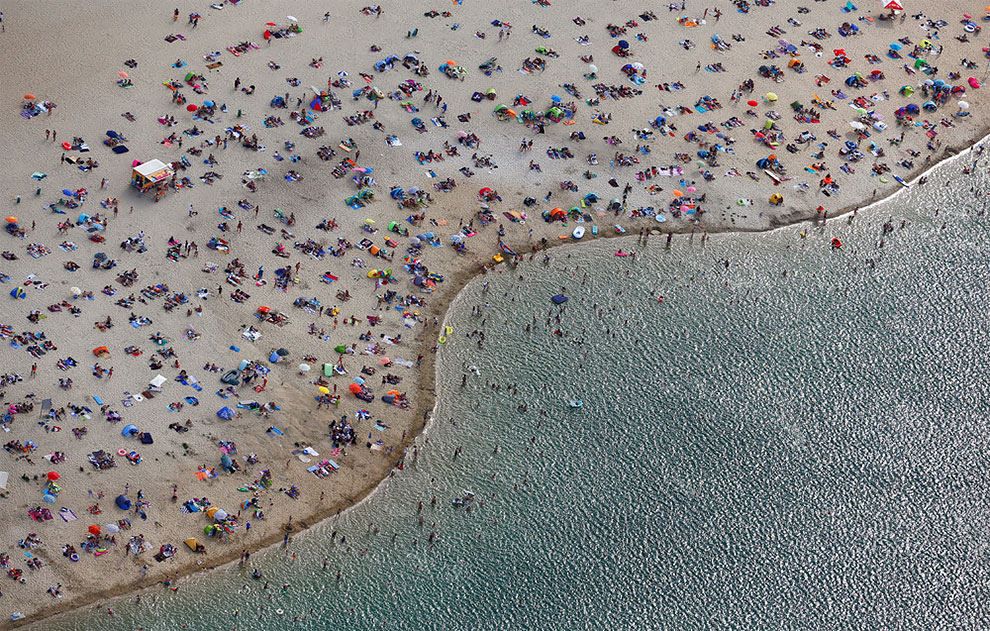 People at a beach on the shores of lake Silbersee (Silver Lake) during a long-lasting heatwave in Haltern, Germany, August 4, 2018. (Photo by Wolfgang Rattay/Reuters) 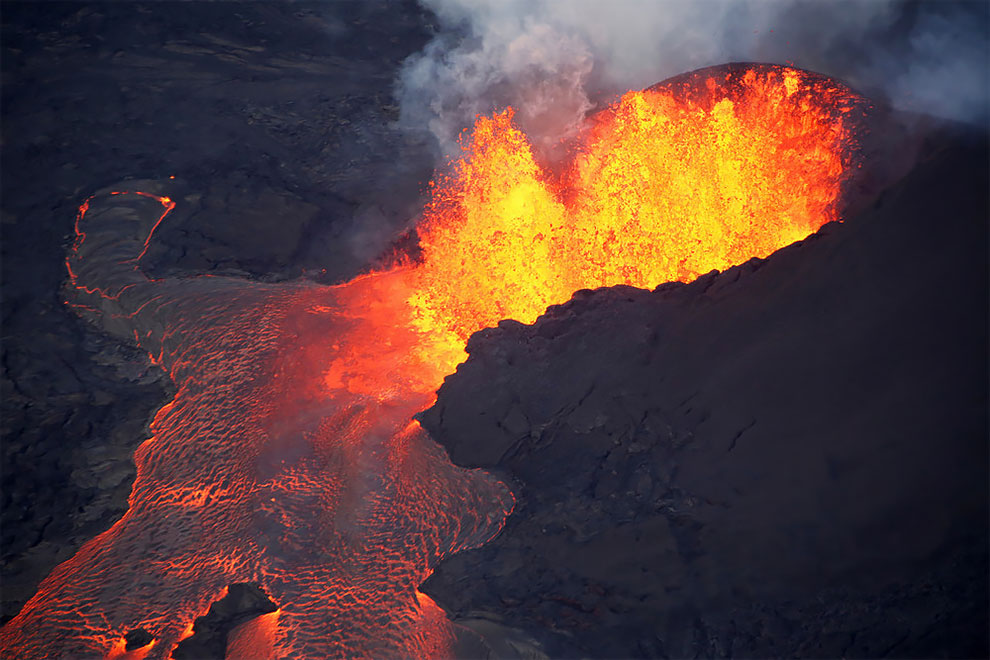 Lava erupts in Leilani Estates during ongoing eruptions of the Kilauea Volcano in Hawaii, June 5, 2018. (Photo by Terray Sylvester/Reuters) 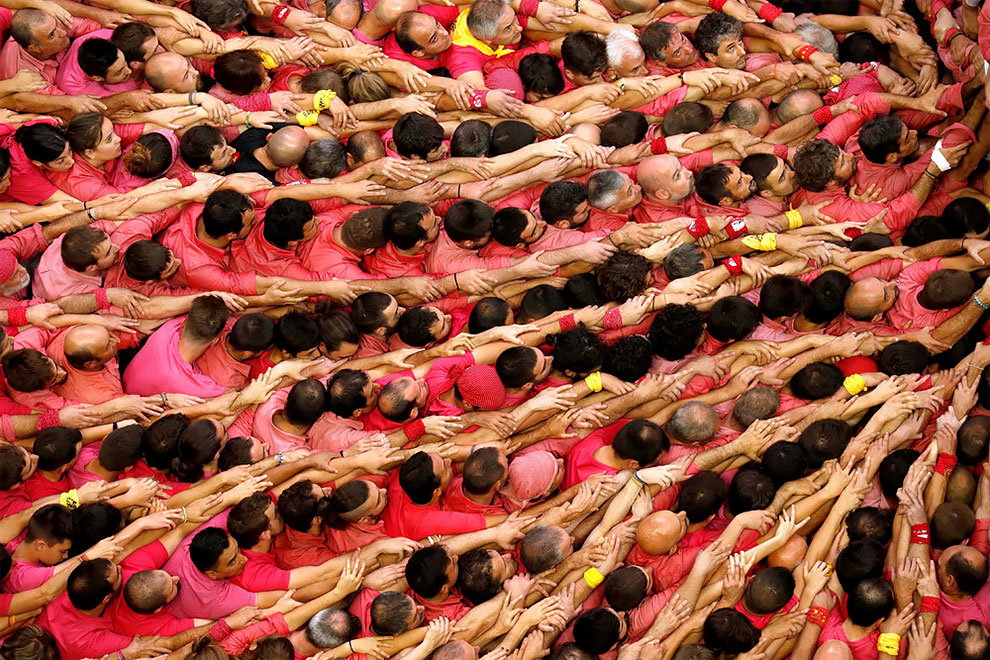