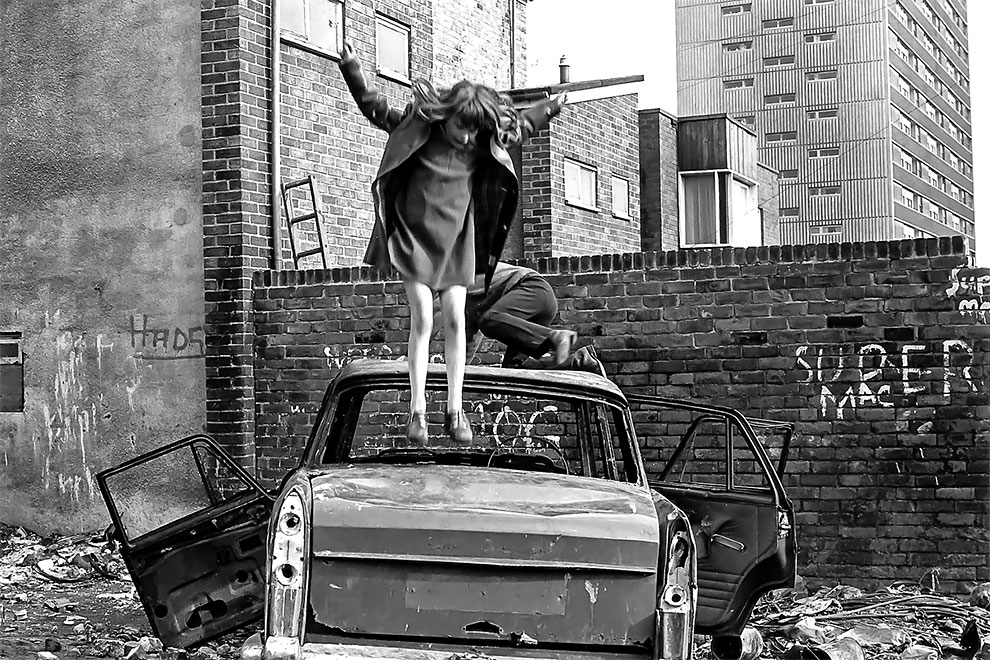 Tish Murtha believed that photography could change lives for the better, but sadly died of a brain aneurysm in 2013 before her dream of a book could be realised. In 2017 her daughter Ella ran a Kickstarter campaign in collaboration with Bluecoat Press to publish Tish Murtha’s acclaimed photographic essay Youth Unemployment. The book was an amazing success, selling out as limited edition hardback within three months.

Ella writes about these photos and her mother:

“The new book is her work centred around Elswick, Newcastle upon Tyne, in the late 1970s, when she first returned from college in Newport. Her images capture the joy and freedom of childhood at a time when it was normal to play out in the street, in a way that has been largely lost today.

The landscape may be rough, but the kids are making the most of what little they have. They have a humour and resilience that shines through in every image. I have always loved this series, and the feedback I have received from people visiting the exhibition, is that these images are very special.

I love the Elswick Kids, and have really enjoyed looking through the archive and almost travelling back in time with each image. The kids are always outside, and you very rarely see an adult, or cars (unless abandoned, burnt out and used as play equipment) plenty of dogs though. It is just another lifetime entirely. I was born later than these kids, in 1984, but I remember going out after breakfast in the holidays, exploring and having adventures all day, and only coming home if I got hungry, or it was dark.

My mam exhibited her Juvenile Jazz Bands (1979) and Youth Unemployment (1981) series, around the same time she also documented the campaign to save Scotswood Works and was commissioned by Tyneside Housing Aid Centre in conjunction with Shelter to make reports on children living in poverty and also housing problems faced by the elderly.
These pictures of the Elswick Kids came first, and while it was never an exhibition, and there is no text from Tish, they were obviously very important to her, and that makes them important to me. I feel the series is strong enough to stand alone, and deserves it’s own book.” 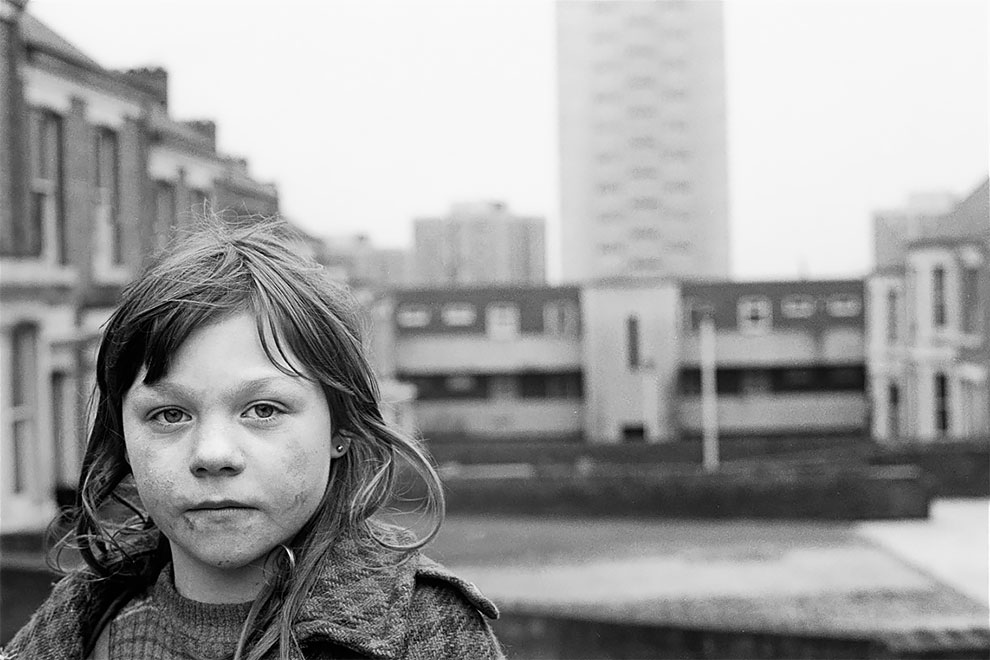 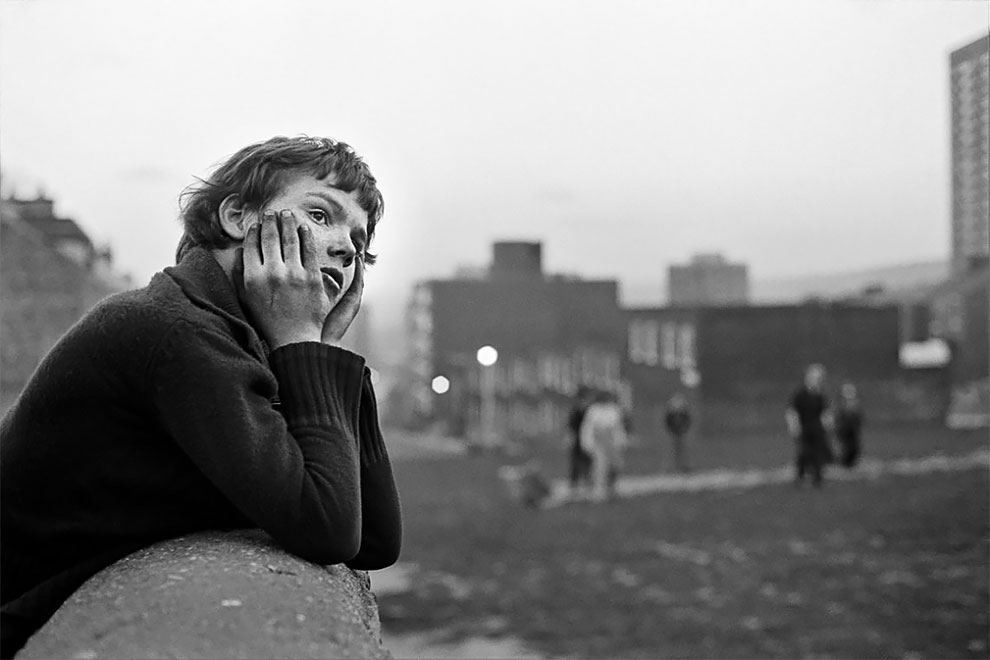 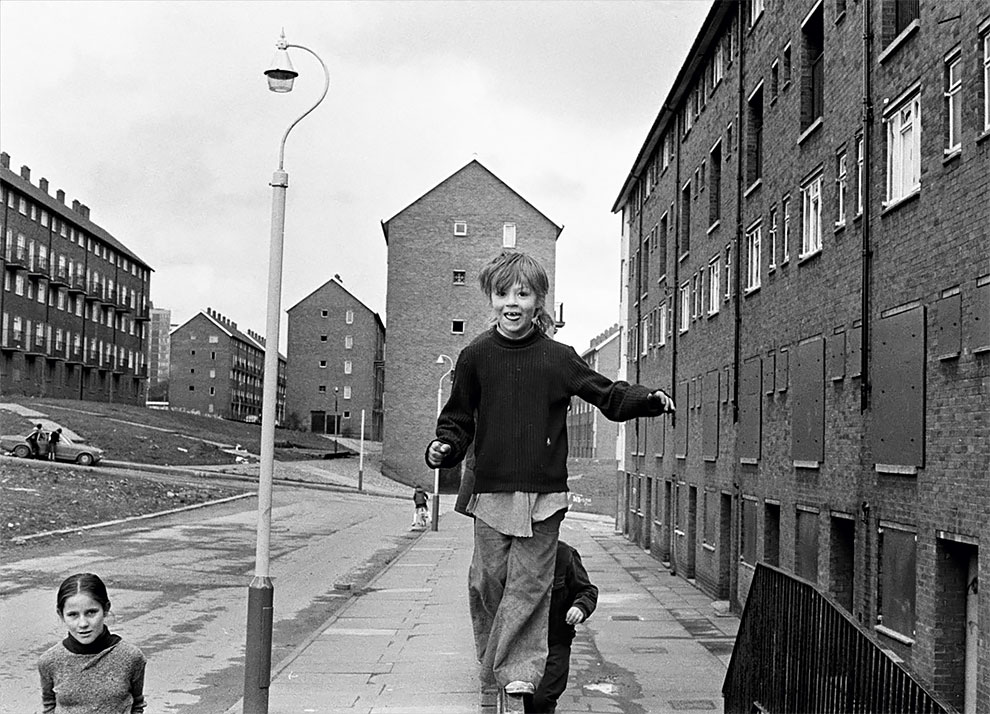 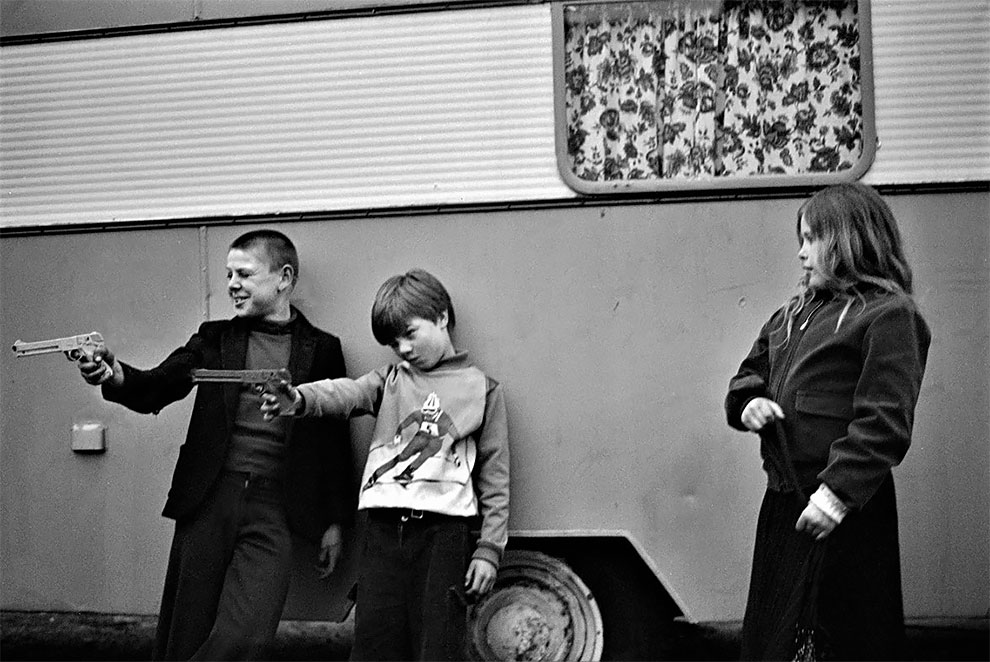 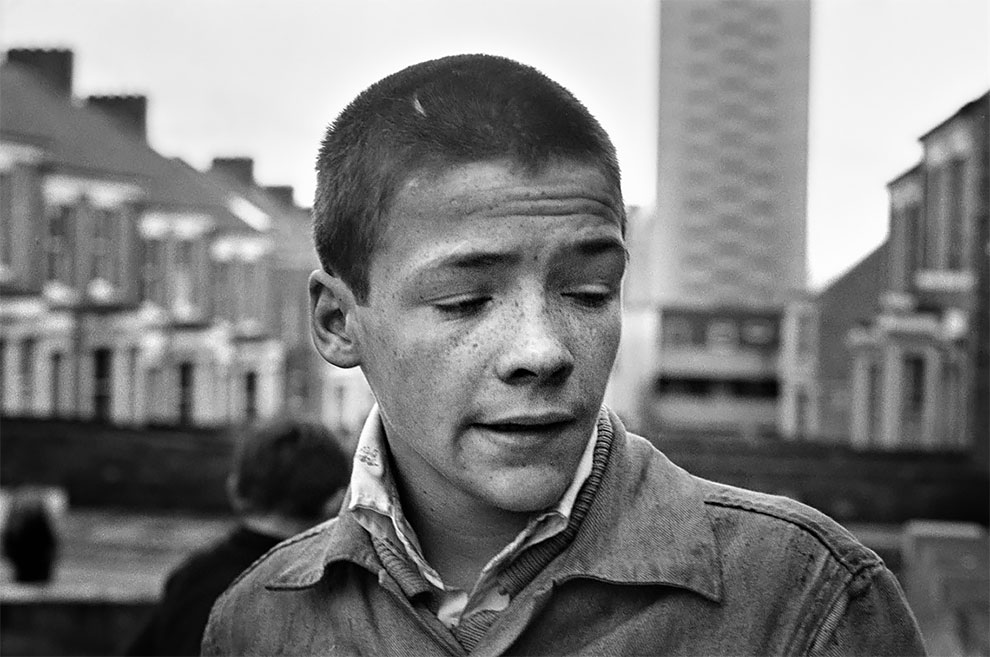 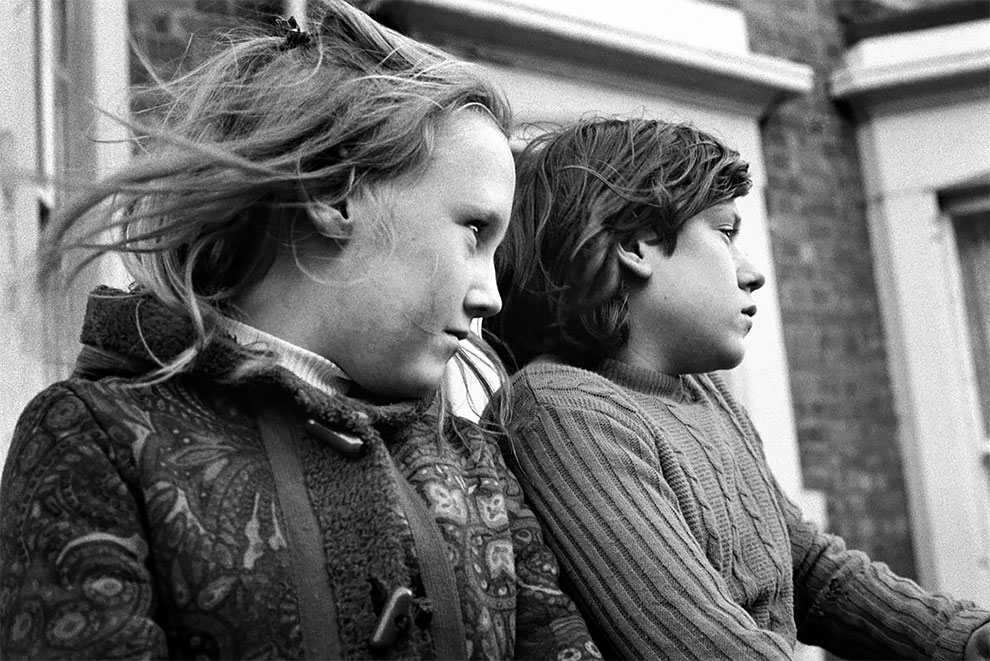 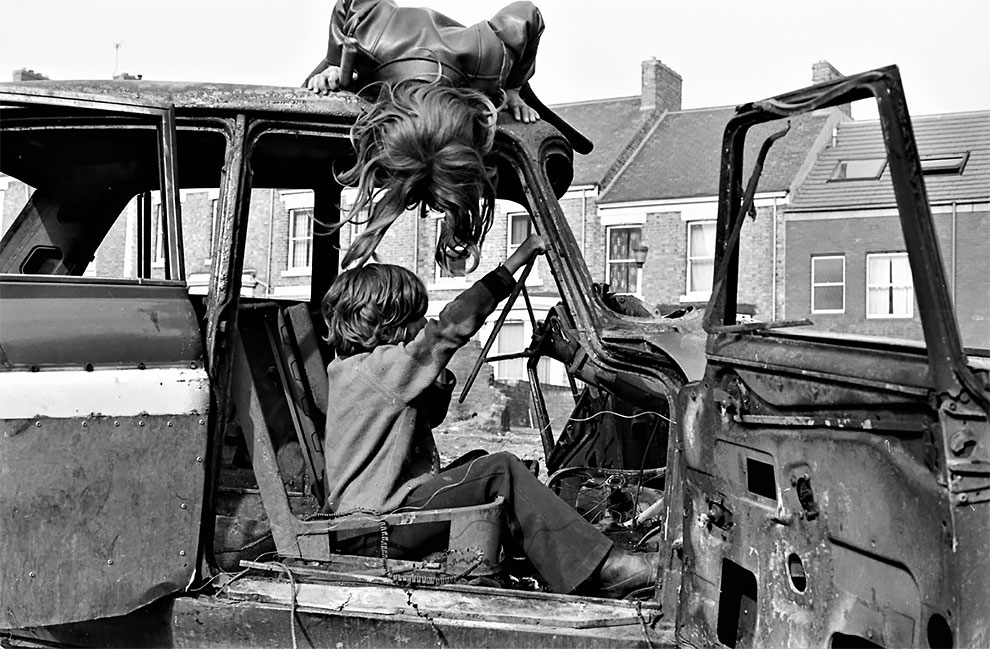 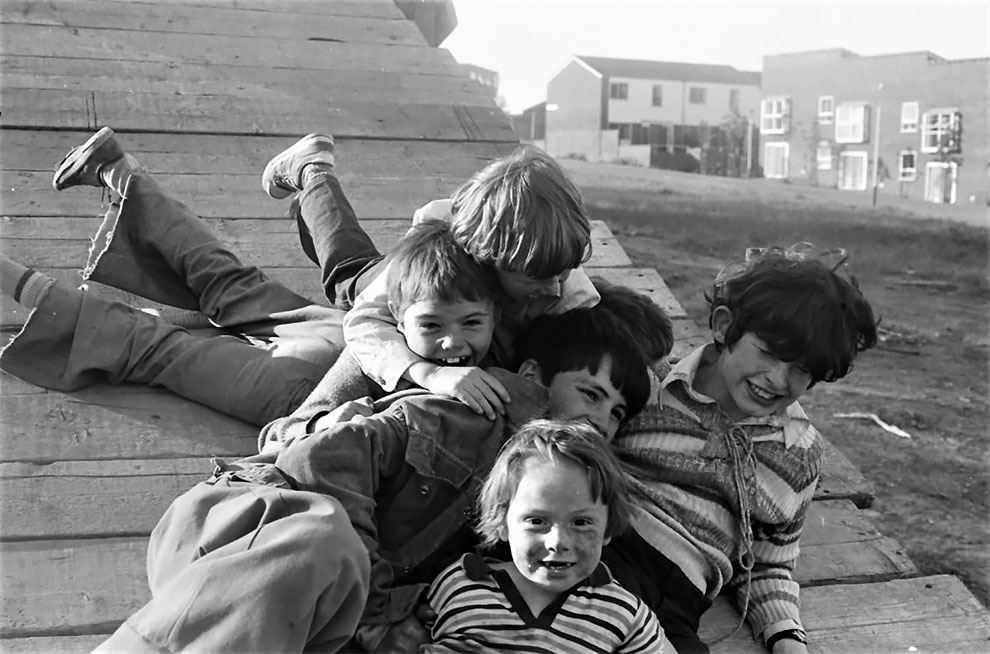 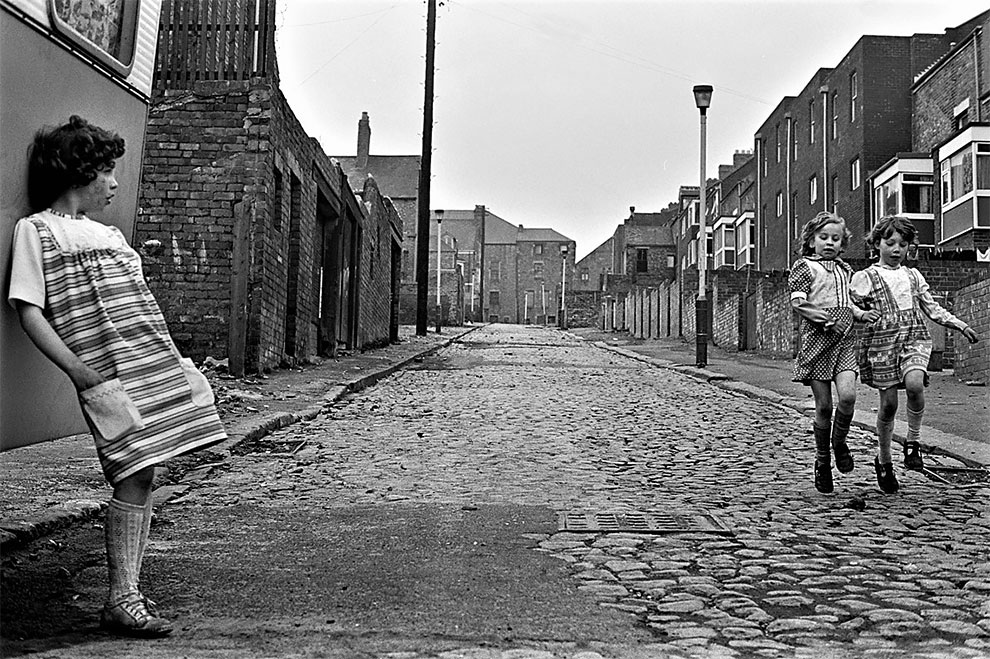 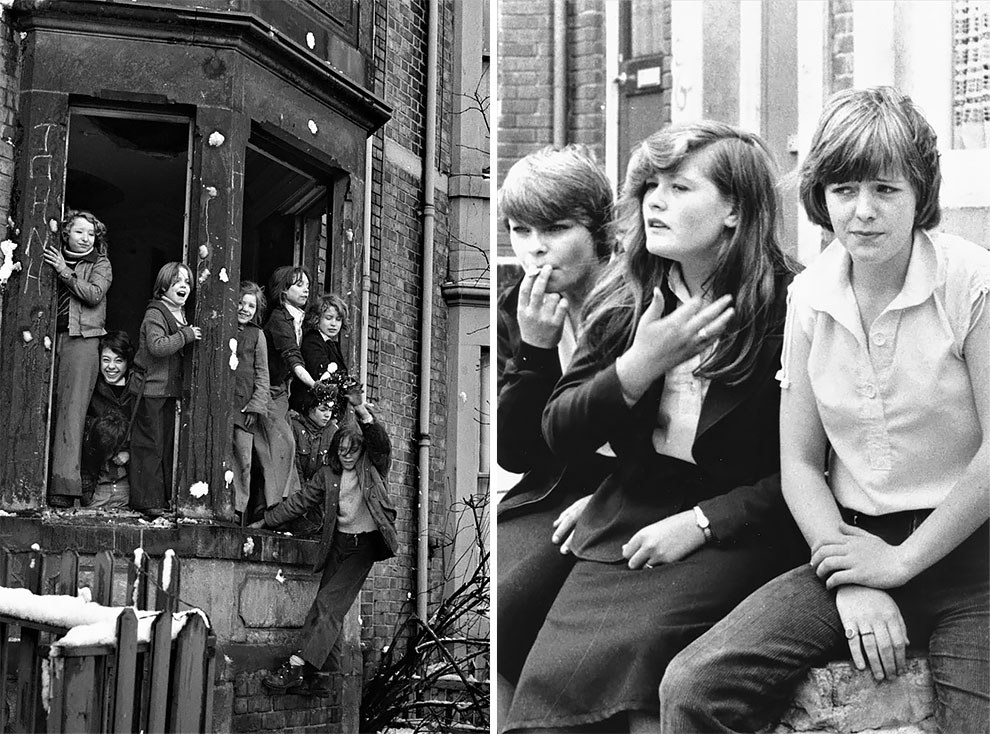 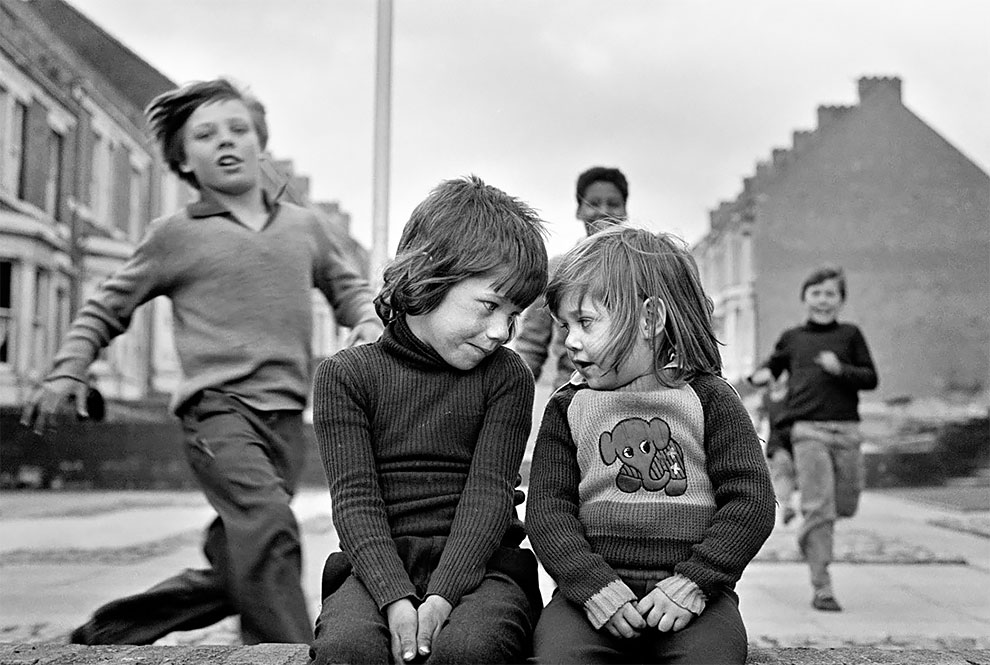 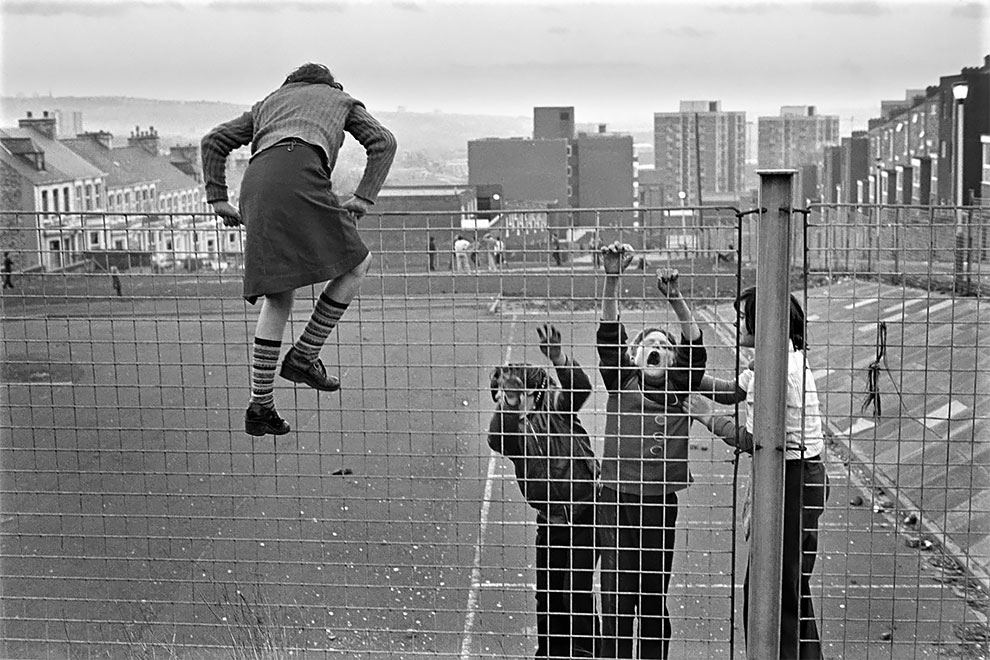 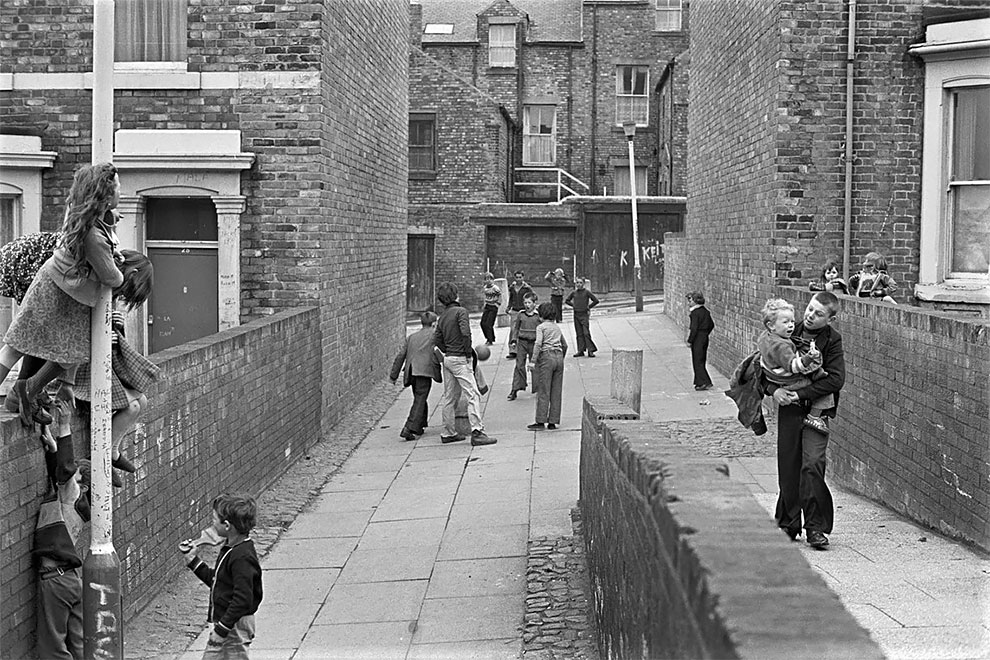 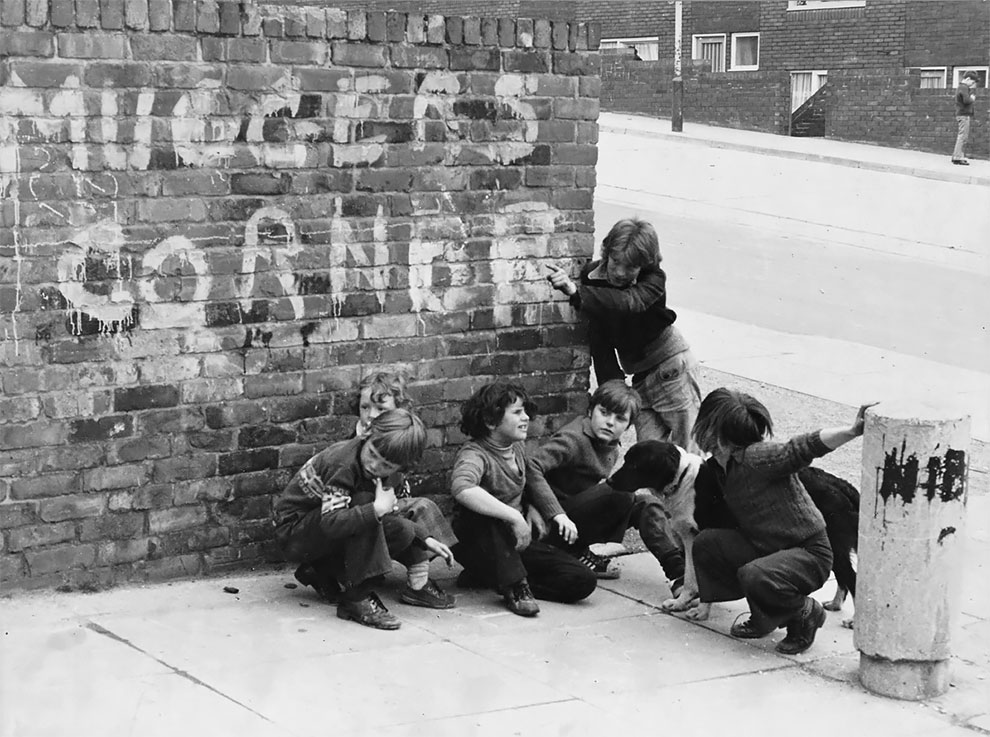 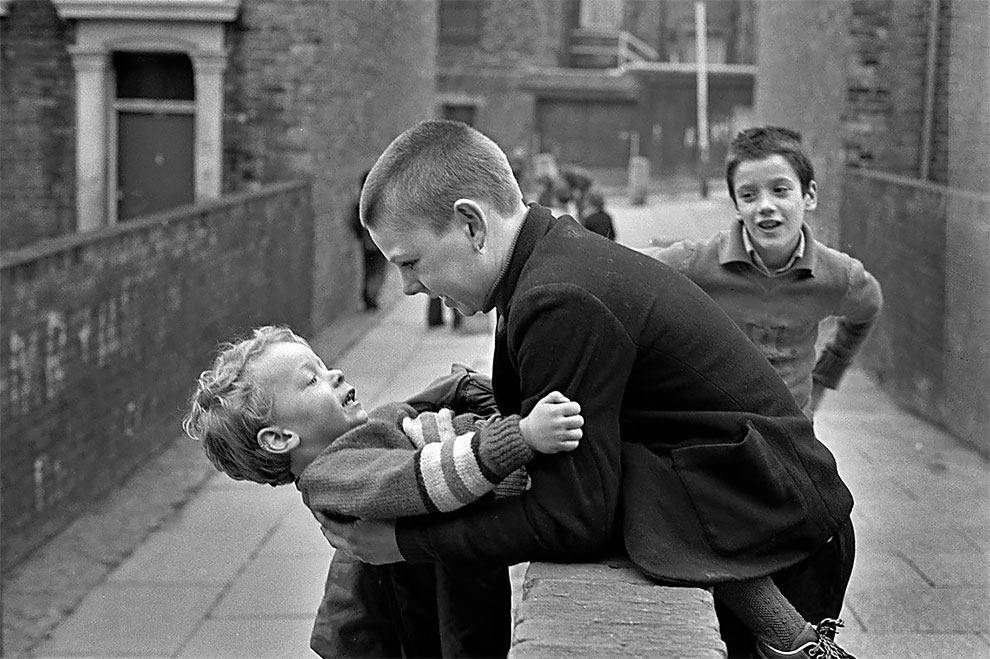 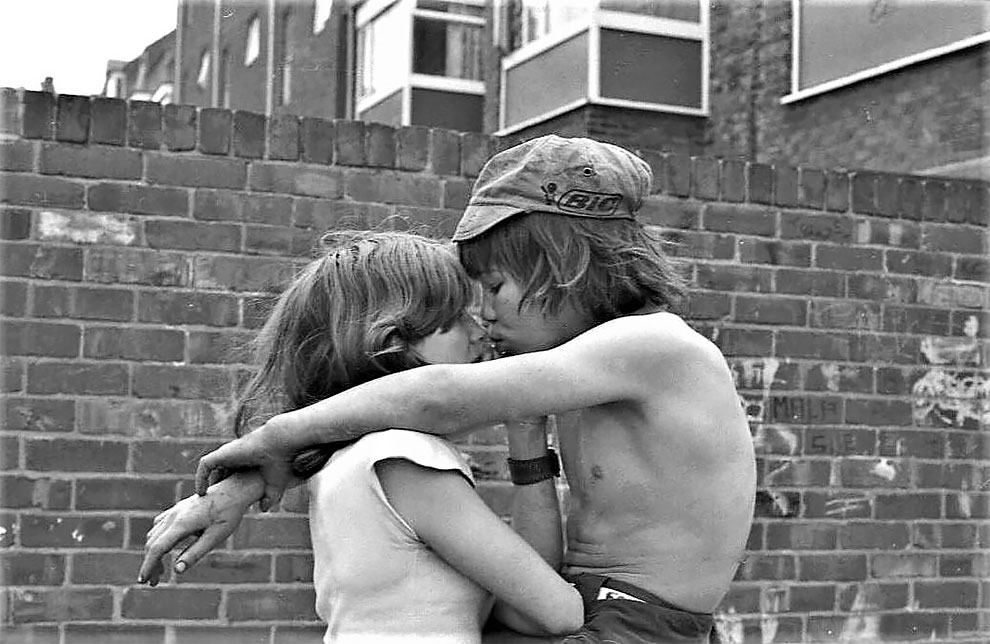 Rare Photographs Of The Beatles On Holiday On Tenerife Island Before They Became World Famous
Photographer Spent Two Weeks In Iceland To Shoot The Recent Fagradalsfjall Eruption
This Photographer Uses Drones To Capture Mountain Halos, And The Result Is Out Of This World
Gaze Into the Eyes of Animals Through Stunning Macro Shots
Last Days of Autumn Season
Electric Dreams: Amazing Portraits Of ’80s Geeks
Thai Woman Creates Hilarious Instagram Vs. Reality Collages
Portrait Photos Defined Hairstyles of American Young Men in the 1970s
Silence/Shapes - Award-winning Smoke Bomb Photos by Filippo Minelli
Beautiful Female Portrait Photography By Caio Borém
Lovely Vintage Photos of Rock Stars Posing With Their Kitty Cats
The Jaw-Dropping Photography by Kaiyhun
Miniature Life Exhibition Shows Whimsical Uses of Everyday Items by A Japanese Artist
Stunning Action Photos Of Daredevil Bikers Performing Gravity-Defying Stunts As They Get Covered In Colored Powder
"Europe From Above": Striking Drone Photography By Ewout Pahud de Mortanges
Your Very Own Harrier Jet: This Jet Will Go Down In History As One Of The All Time Great Classic British Aircraft
Beautiful Photos Of The Thousands Of Tulips Got Under Snow On The Biggest Tulip Farm In Moldova
"Rural Ukraine From Above": Spectacular Drone Photography By Nazarii Doroshkevych
Fabulous Vintage Photos Showing The Amazing Women’s Street Style From The 1920s
Beautiful Monica Bellucci And Her Never-Before-Seen Pictures
The Creepy Doll Adoption Agency
Photo of the Day: A Cheeky Selfie With A Monkey
18 Photos Which Show Life From A Different Perspective
2018 Photobox Instagram Photography Awards Shortlist
Elswick, kids, photography, retro, street, Tish Murtha, UK