Scottish Photographer Has Been Photographing Ginger People Around The World For 7 Years, Here Are His 15 Best Pics 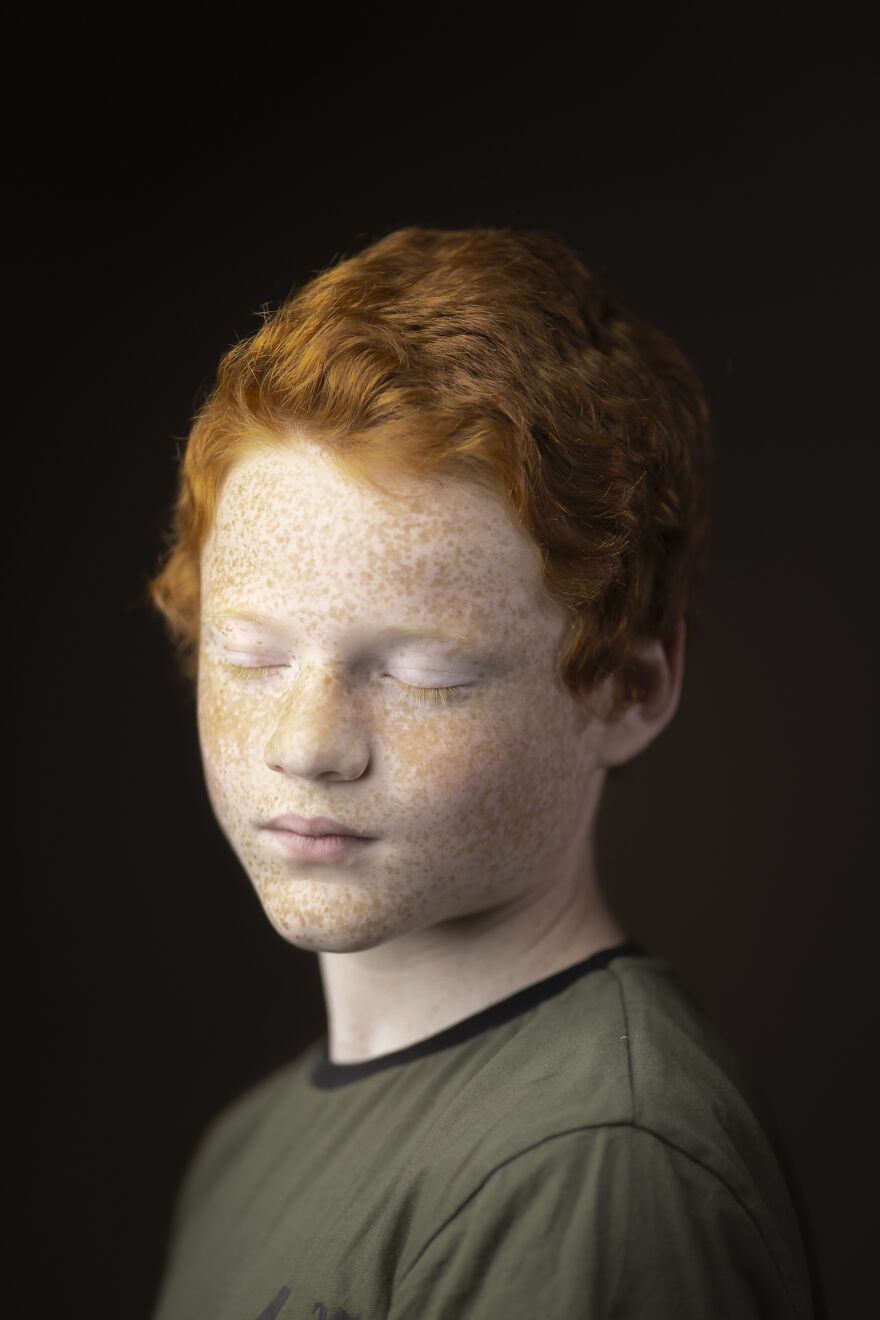 Just 1-2% of the world’s population have natural red hair, which makes it a very unique trait that can become a fascinating selling feature that stands out in a crowd—or, in some cases, cause bullying for being different. If an uncommon hair color is seen as individuality rather than an oddity, we can live in a more understanding world because after all, the same DNA flows in all of us beyond borders, and here’s a testimony to that. 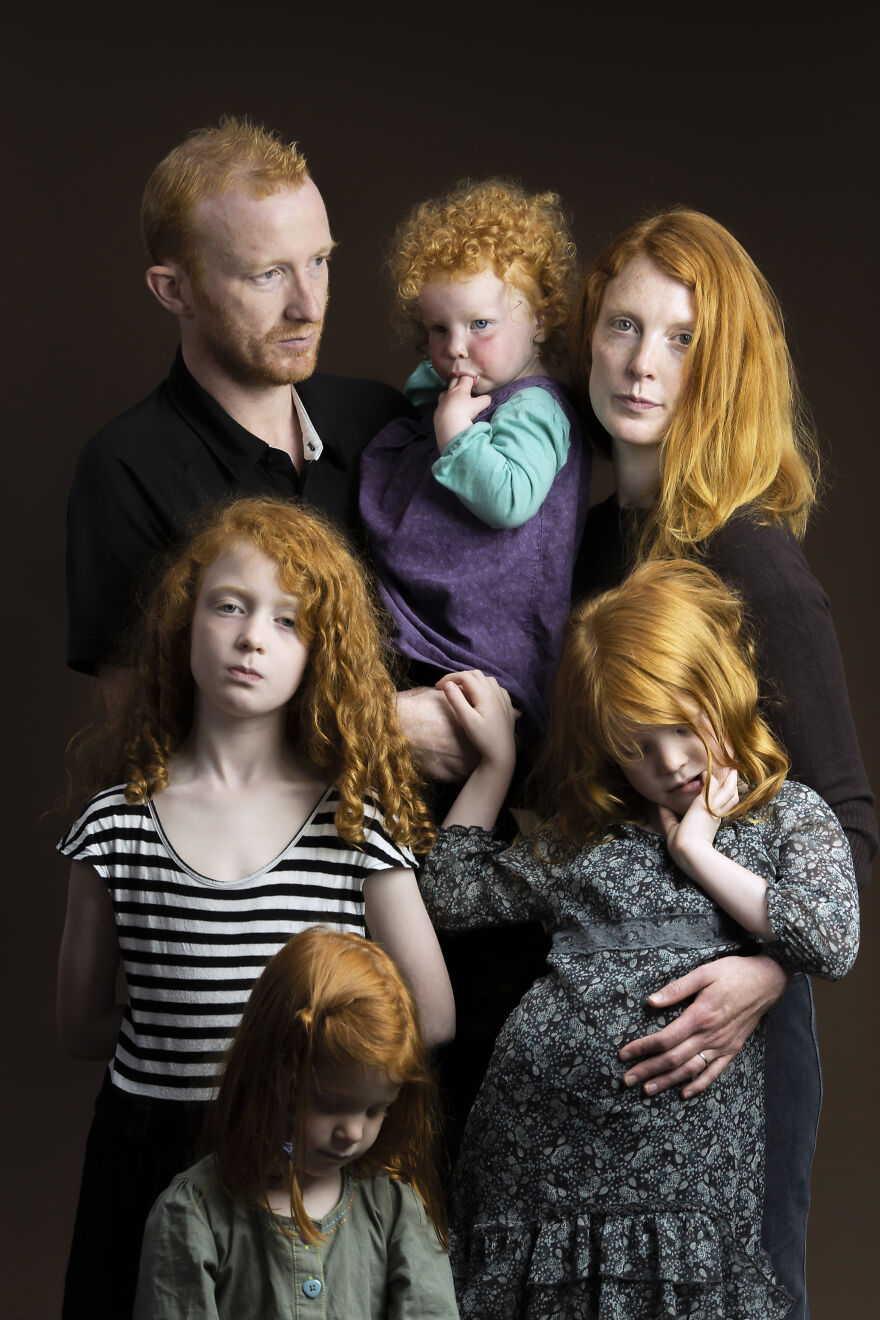 Over the past seven years, 39-year-old Scottish photographer Kieran Dodds has been traveling the world and capturing different people with one connecting trait—ginger hair. But the project is not just about hair. As Kieran told Bored Panda, it’s about “connecting us across political and cultural boundaries, using a rare golden thread.” 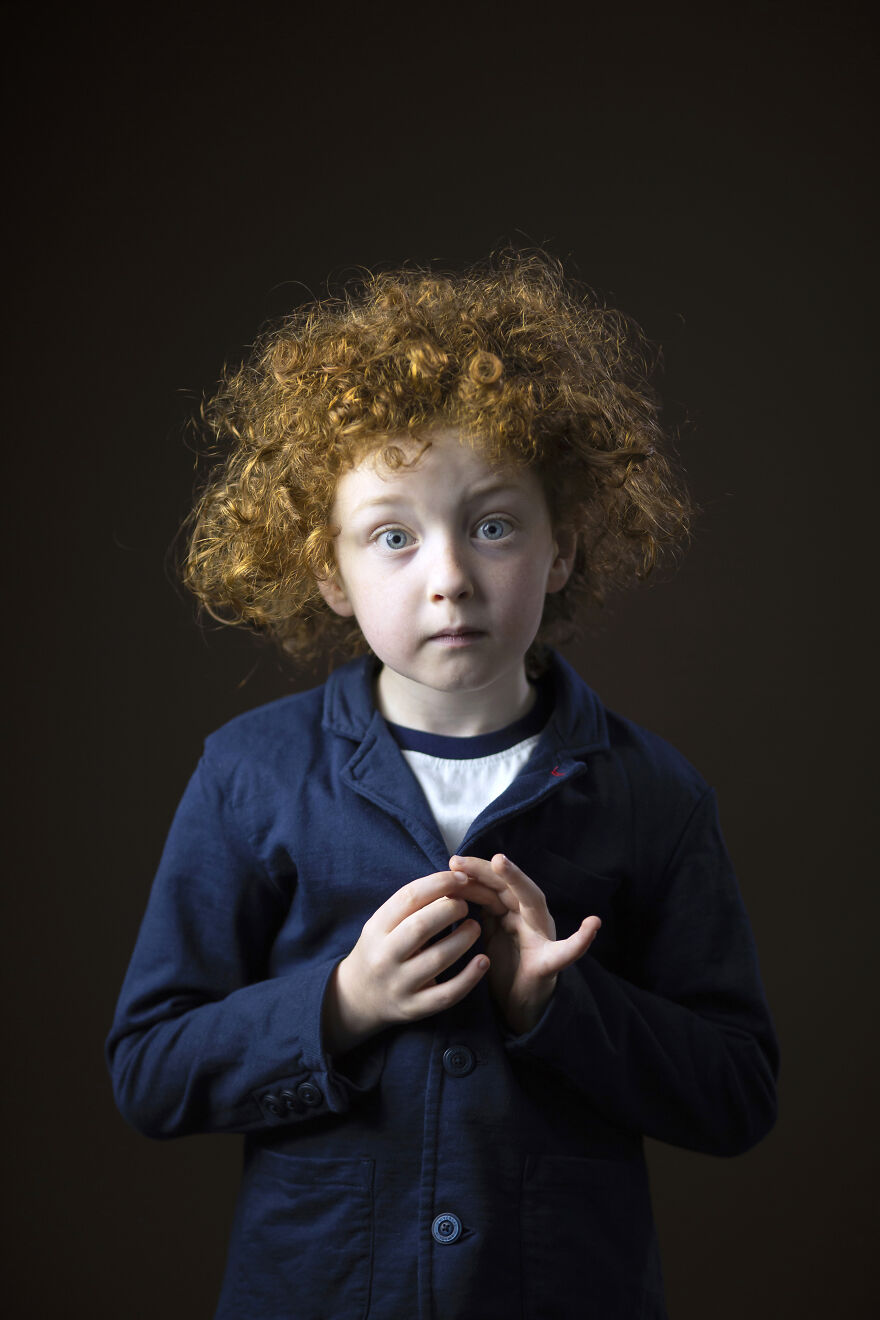 “Look, stare and marvel, that’s the whole point. Find connections across the world. I want people to compare the portraits and delight in our variety even without an apparently homogenous group. We are made of the same stuff but we are uniquely tuned,” he says.

“In 2014, Scotland voted on independence and I was considering the cliches of identity. I knew I was one of them, being pale and ginger, but very early on in the research process, I found that it is a global trait. Even Scotland, as the global capital, has 13% of people at most showing the hair color. There were two hot spots, it claimed, one in Scotland and Ireland that is confirmed by science—the Celtic Fringe. The other hot spot was in Russia that was confirmed by an anecdote.” 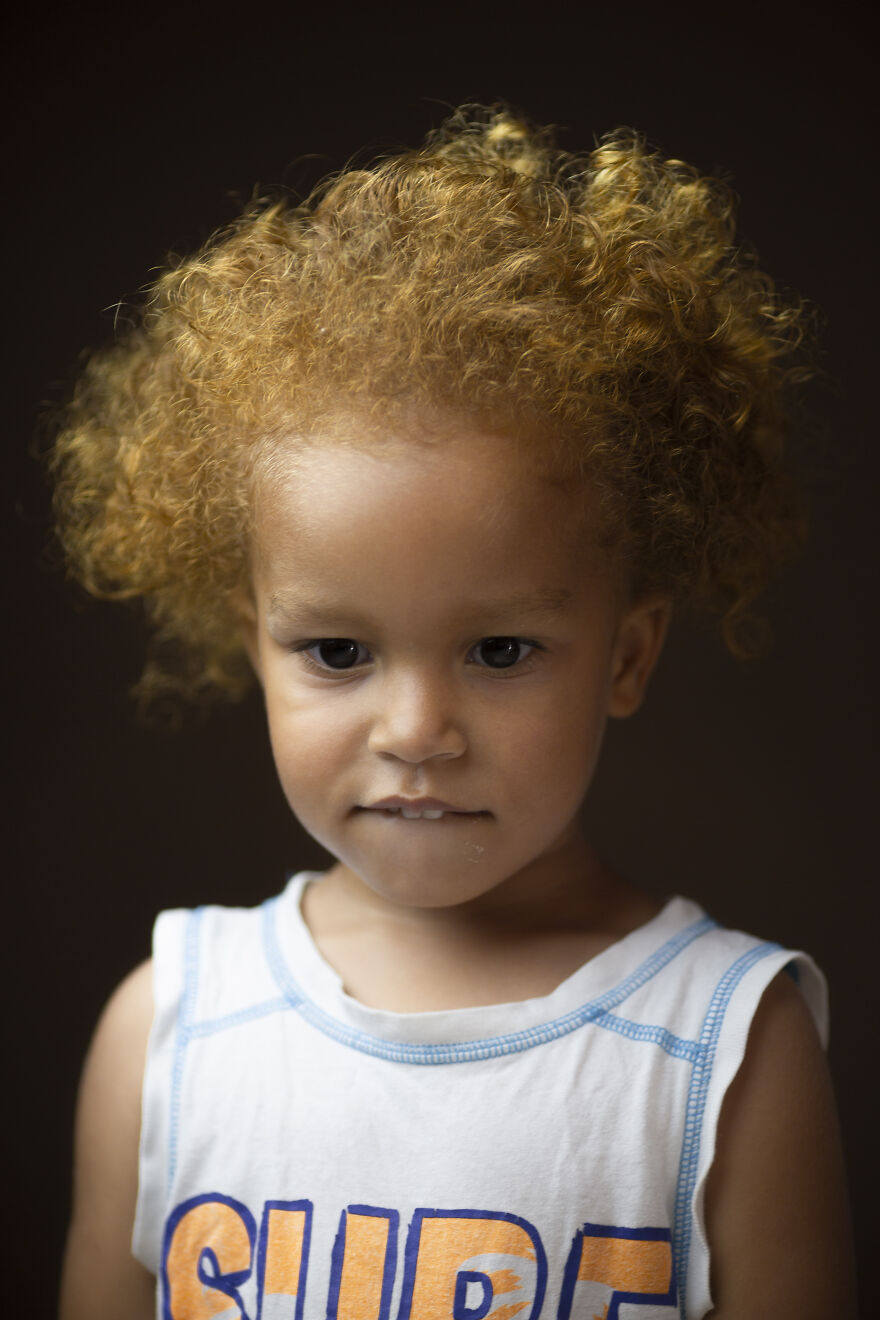 Kieran has made interesting discoveries during his photography project, although he mainly traveled across places that are considered hot spots of the ginger population like Scotland and the Russian city of Perm, and also Jamaica, with complex genetic inheritance. 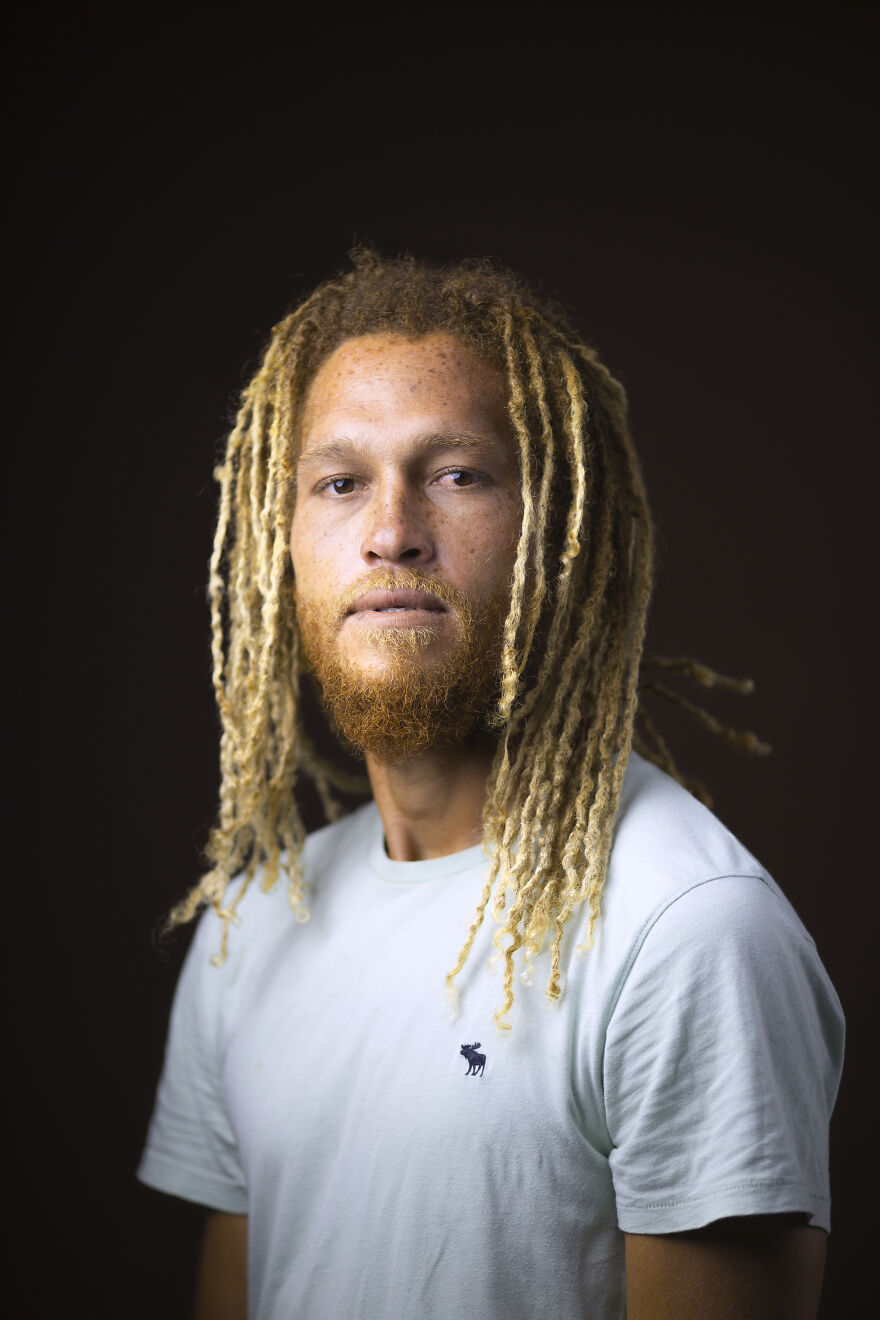 “Our genes have traveled far across history even if we personally have not,” he says. “Due to constraints on money (this was all self-funded), I focused my attention on the two hot spots, but also Jamaica. I made work over seven years in different places in the UK. In London, I met gingers from across the world, but in Scotland, I saw that you don’t need to travel far. One lad had an Indian great-grandfather and another had an Eastern European mother and Middle Eastern dad. He is Scottish, but his story expands our expectations of that narrow political term.” 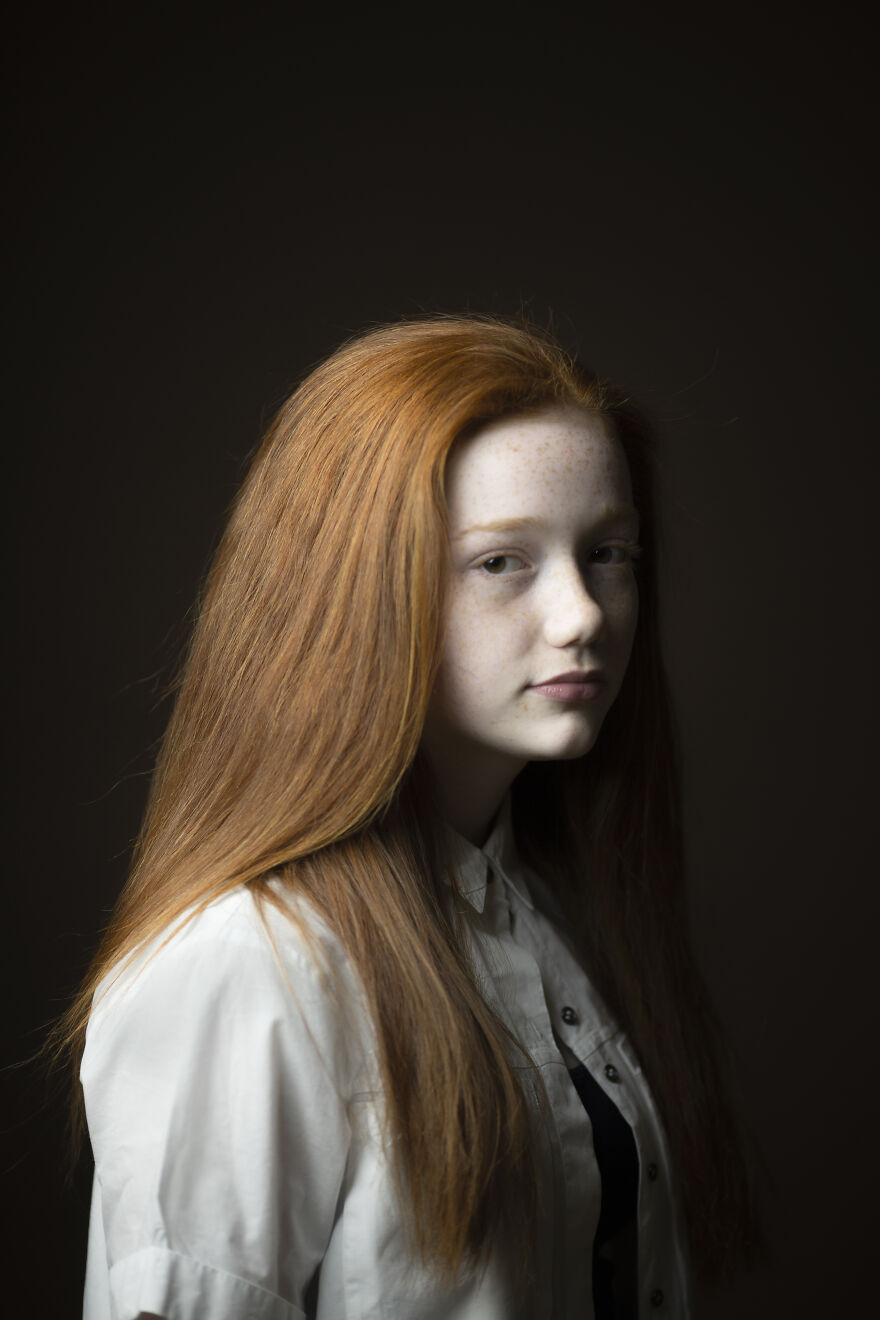 Kieran has put his international finds that transect eleven time zones, from the Americas through Europe, on to the Middle East and Asia, in a photography book called Gingers, which was sold out before it was released on November 20.

The photographer dedicated this book to his twin daughters, who have the last portrait in the book: “I want something for them to grow up and see they are part of something bigger, not merely an identity group but a group within the bigger family of humanity.” 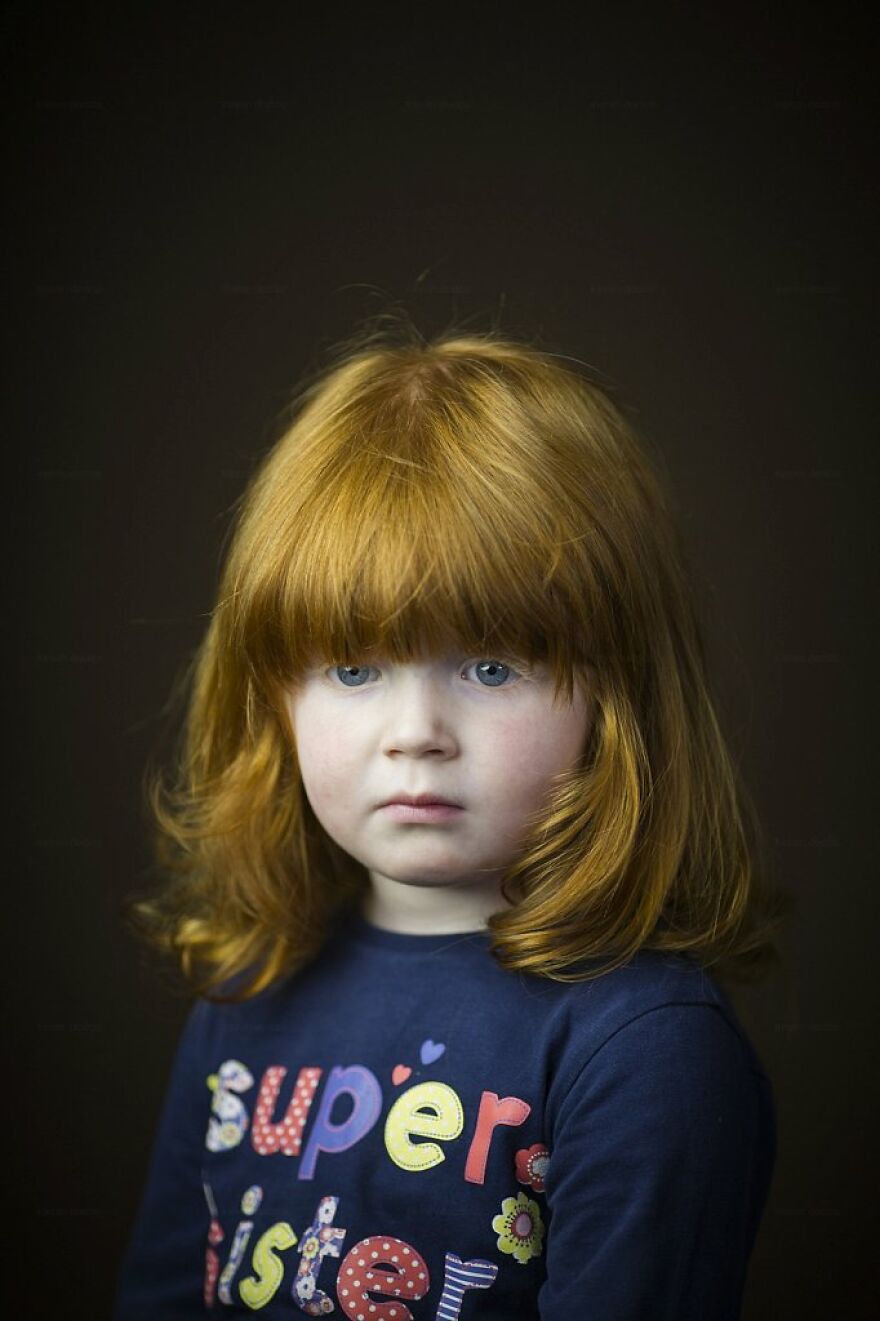 “The series is made to help us see the individual people in this series, that we are made of the same stuff and in the case of hair, it shows. Dividing people into smaller groups based on characteristics seems counterproductive if we continue to see them as an oddity rather than as a unique part of a global human family.” 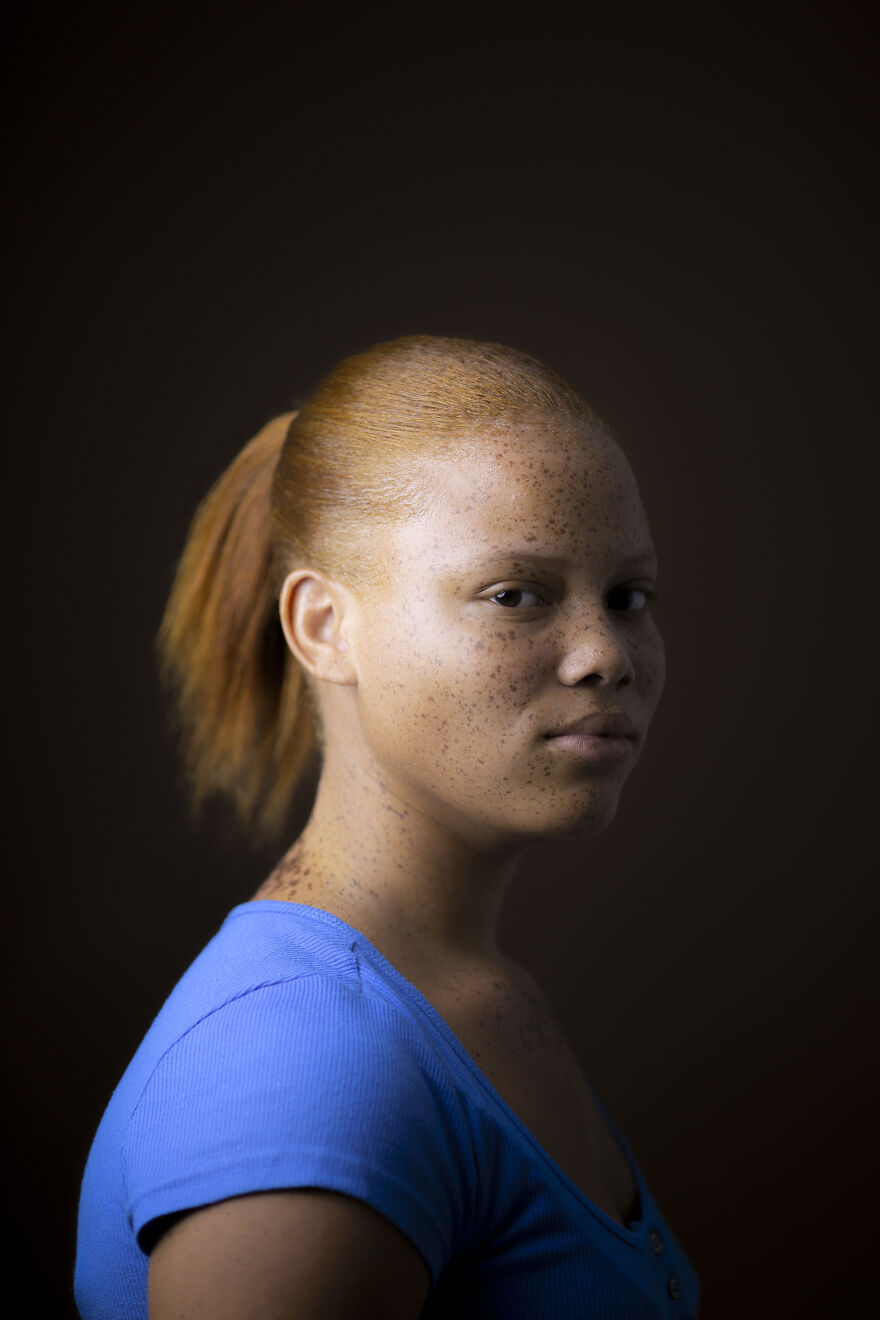 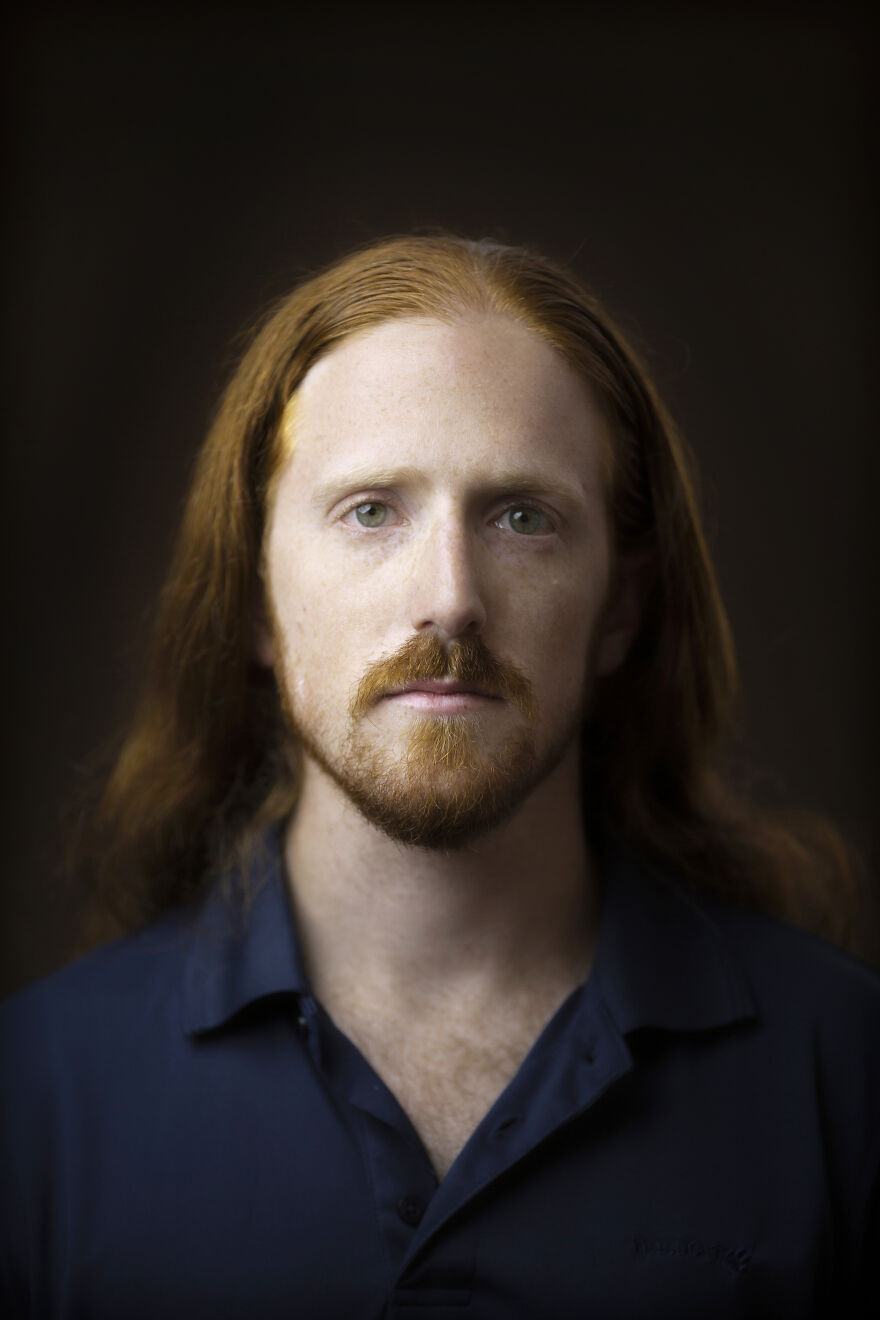 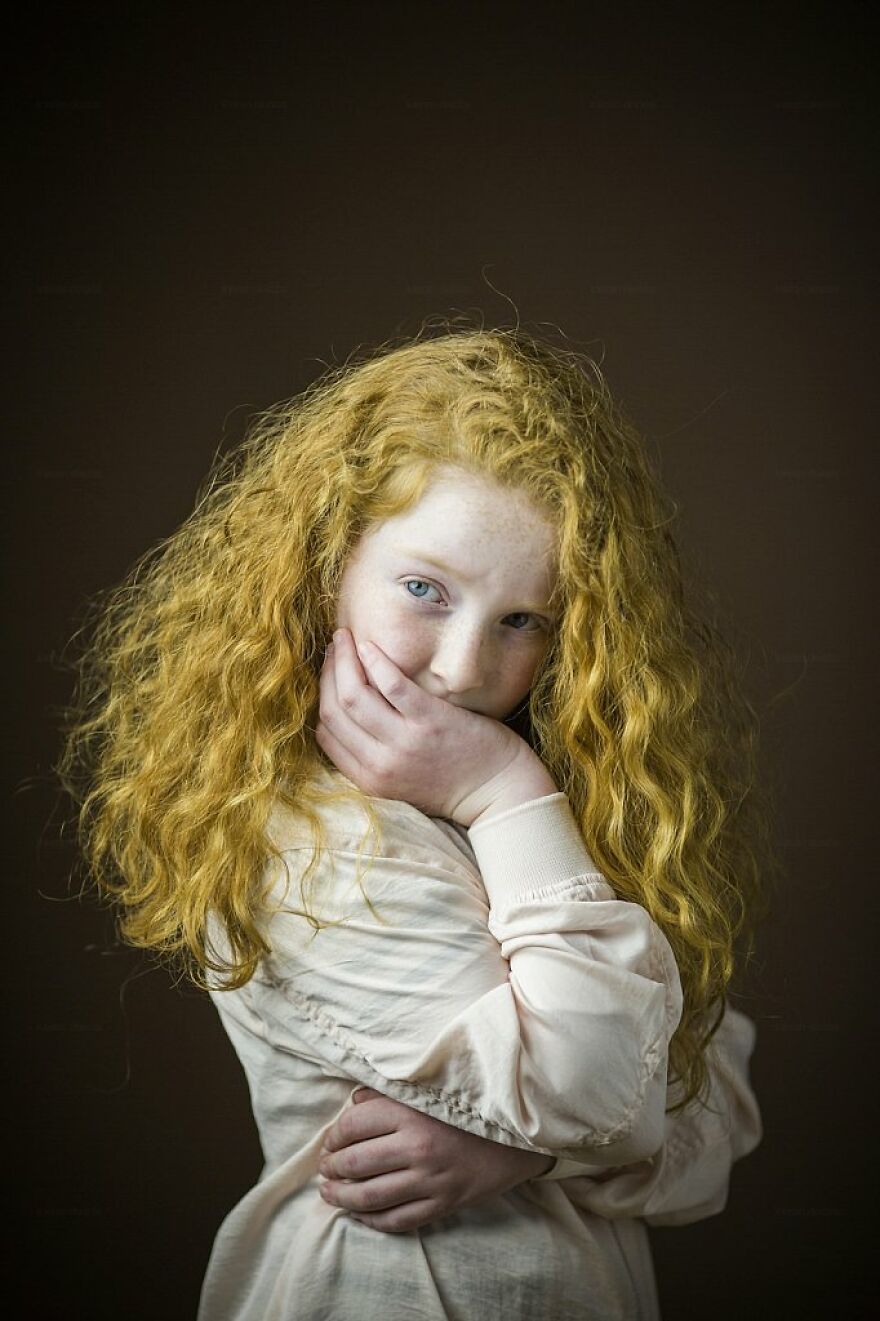 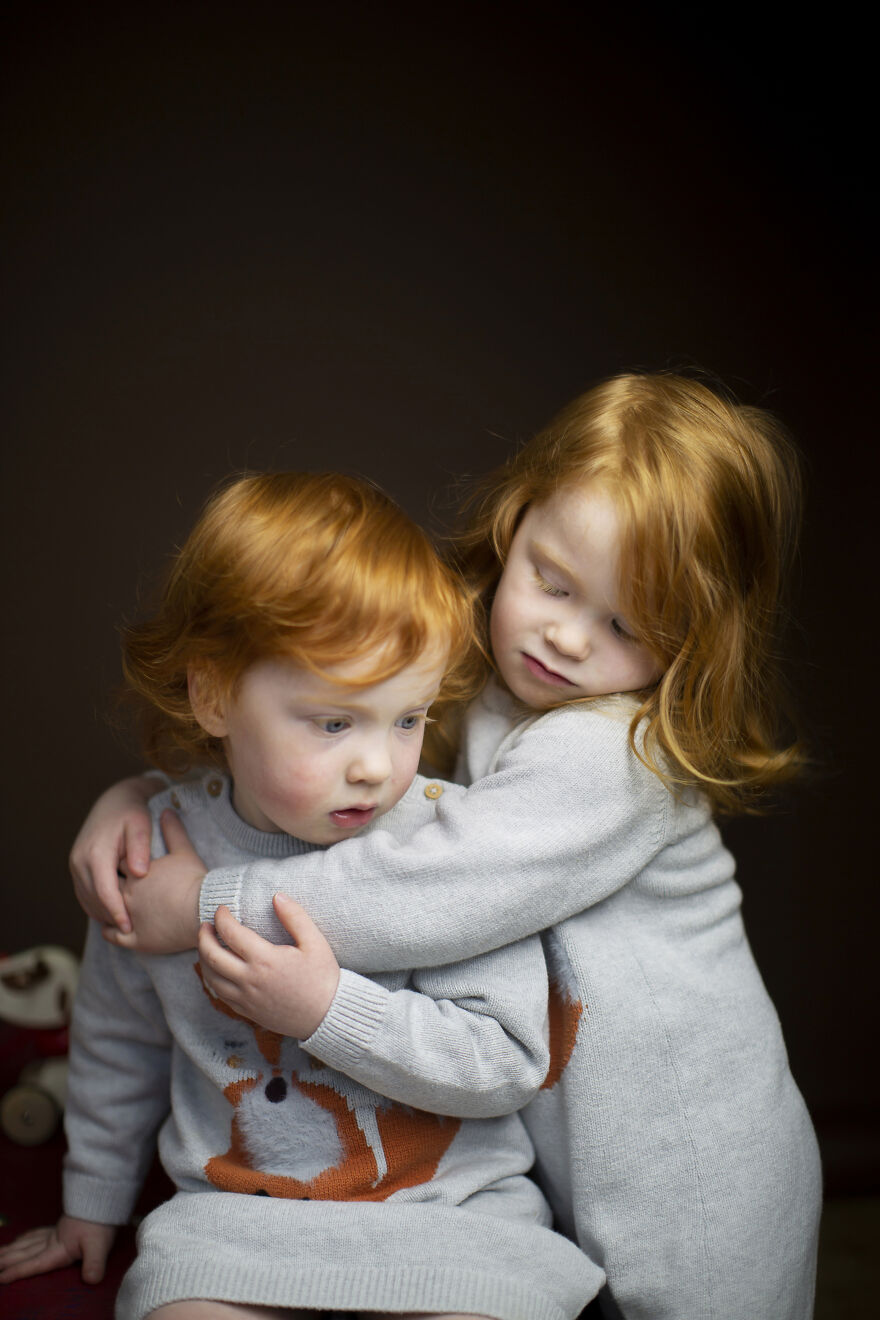 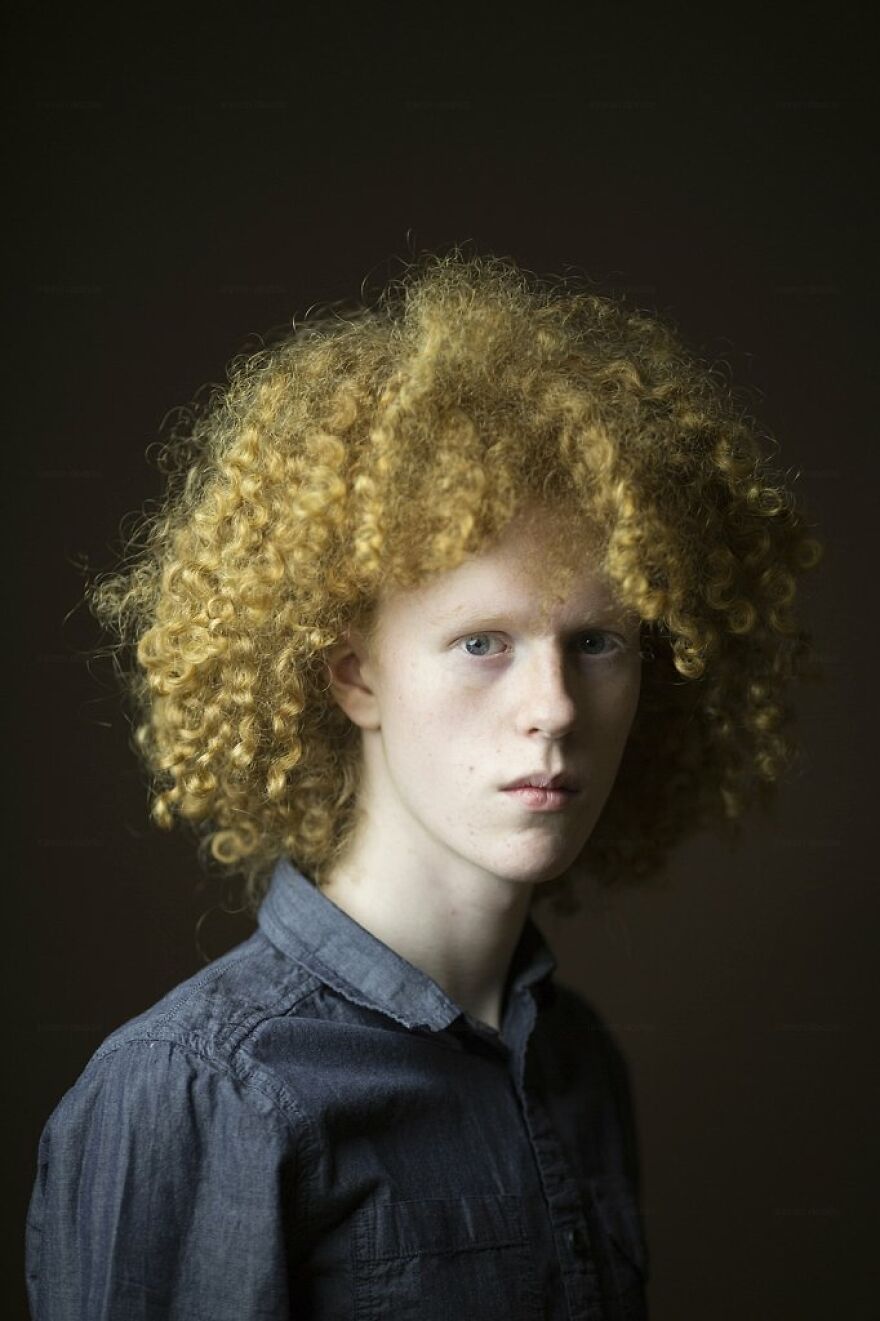 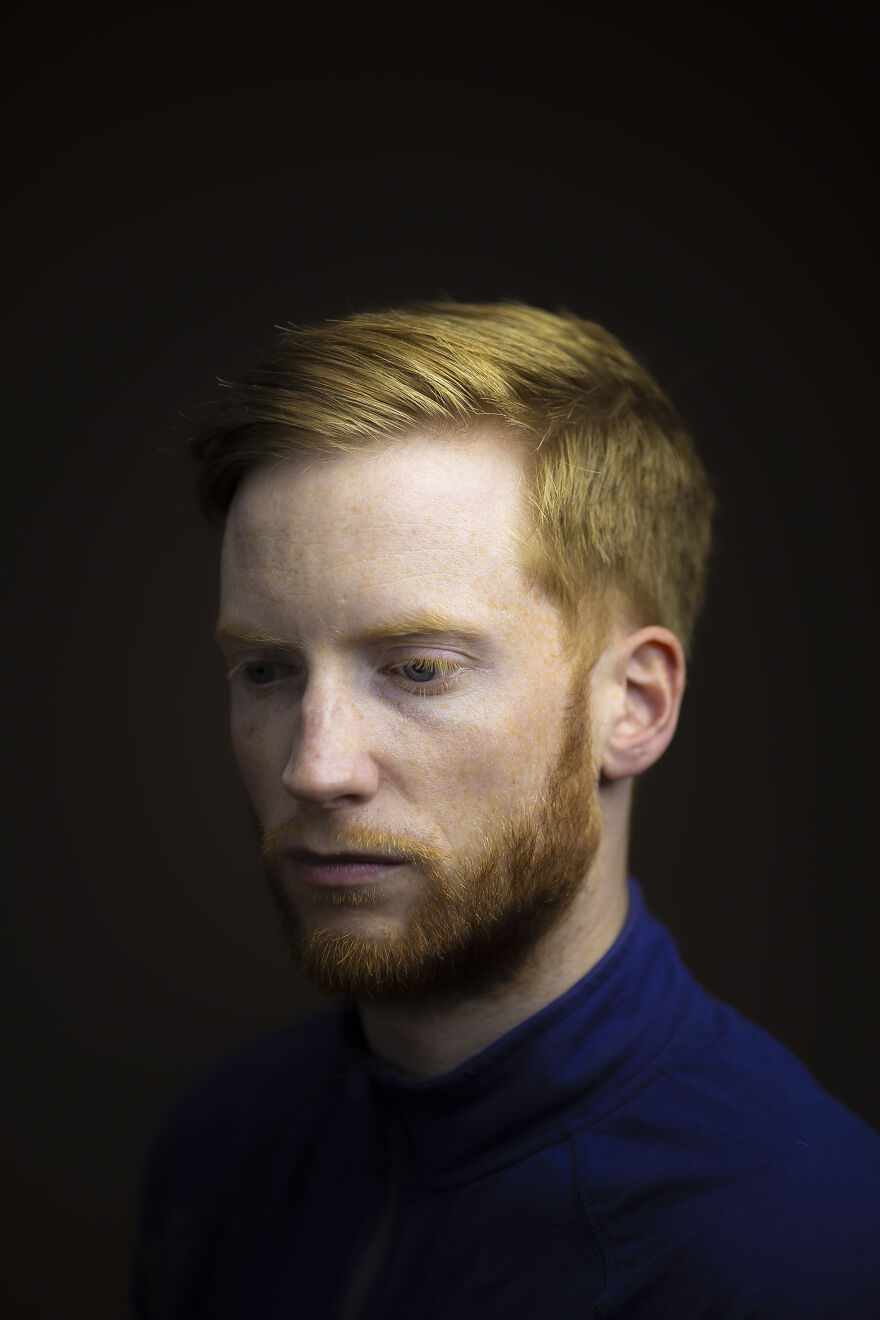 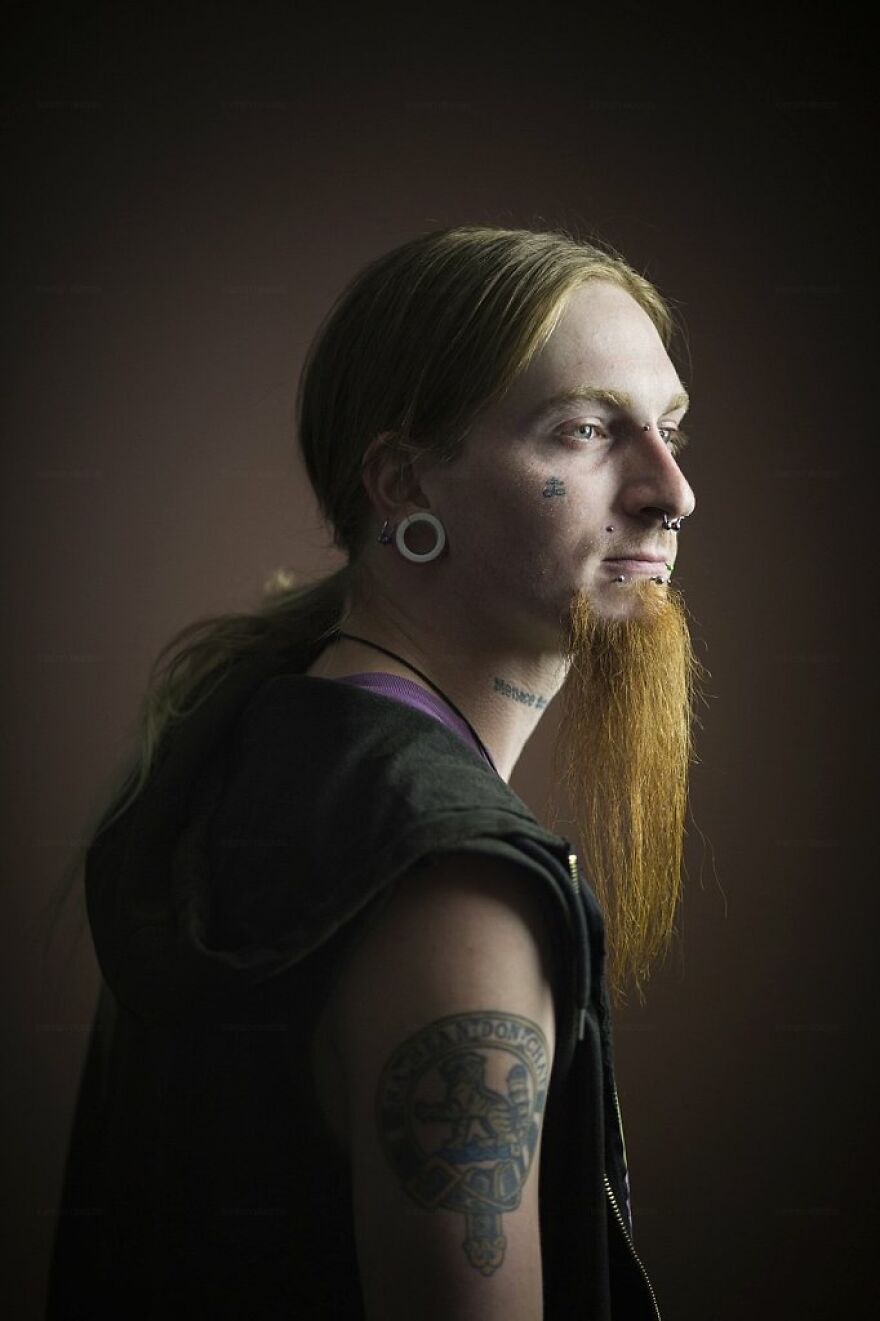 It's Ginkgo Time
Photographer Andrius Burba Captures Stunning Photos Of Dogs From Underneath
2013 National Geographic Photo Contest, “People”, Week 4
Beautiful Photos from Norway's Fjords Will Unwind Your Mind
Titanic Artifacts To Go To Highest Bidder At 100-Year Anniversary Auction: Who Will Buy $189 Million Collection?
Russian Photographer’s Surreal Images Will Transport You Into An Enchanted World
Photo of the Day: The Knight and His Steed
Angelina Jolie at 1995 Marcel Indik Photoshoot
Early Versions Of Famous Characters
"Play With Your Food": Pop Culture Icons Recreated With Sausages
Russian Janitor’s Mock GQ Photoshoot Pays Off
Surfer Doesn't Let Polar Vortex Stop Him From Catching Waves On The Great Lakes
Photographer Took A Pictures Of People On Drugs To Show How They Affect Their Brains
The Veteran Art Project: Powerful Photos Reveal The Real People Behind The Military Uniforms
This Woman Quits Her Job To Pursue Her Dream Of Travelling, And Here’s Where She’ve Been
Brazil Through The Lens Of David Alan Harvey
Invisible By Day: Inspiring Photography By Mikko Lagerstedt
LIFE Magazine's Sexiest Photos Of All Time
Belarus Fashion Week: Model Casting and Lingerie Show
London: Stunning Photographs By Clement Merouani
Shot Face: Photographer Captures Cool Pictures Of People Doing Shots
Osama is Inside Everyone of Us
Inside the World of Men and Dolls
6-Legged Lamb Born in Georgia Plus 16 Other Bizarre Creatures
Photos Taken at Just the Right Moment
Philip Kanwischer Creates Surrealist Artworks To Show The Complex Relationship Between Wildlife And Humans
American Photographer Bruce Gilden Documents The Wildlife Of The Russian Gangsters
Amazing Black & White Photographs That Capture Everyday Life Of Paris From The 1930s And Early 1940s
Reflections
2019 New York City Taxi Drivers Calendar Is Here!
ginger, redheads, scotland