This Woman Creates A Gender And Race-Neutral Deck Of Cards, Can’t Keep Up With The Orders 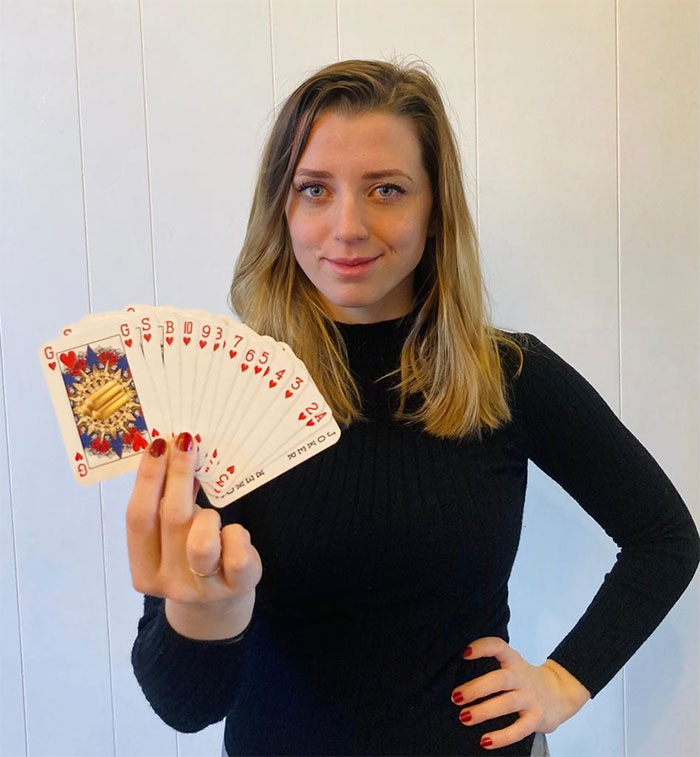 When’s the last time you played a card game? Did you notice anything unusual with your card deck? Indy Mellink, from the Netherlands, certainly thought that something was strange.

Last summer, the 23-year-old card fan realized that traditional playing cards were, in her opinion, sexist and racist, so she created a new deck of cards that would be fully inclusive by completely removing “gender hierarchy and race differences” altogether. 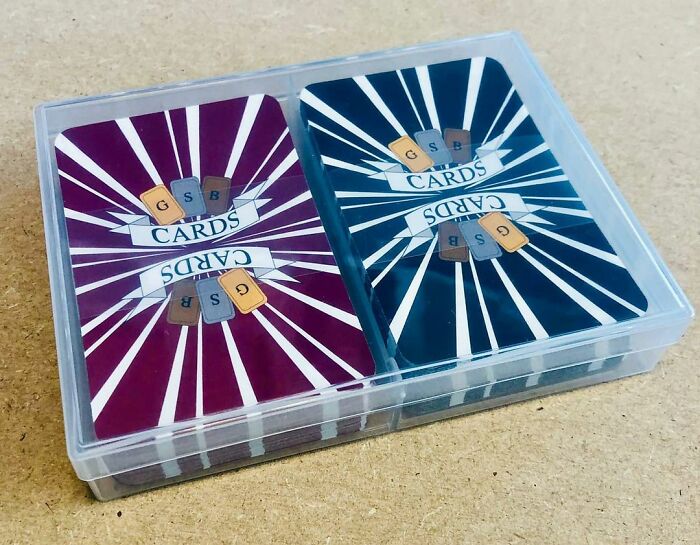 Indy, spurred on by her supportive dad, founded ‘GSB Playing Cards’ where, instead of Kings, Queens, and Jacks, the cards feature Gold, Silver, and Bronze. She had a lot of time on her hands because of the Covid-19 lockdown, so she put her graphic design skills to use. 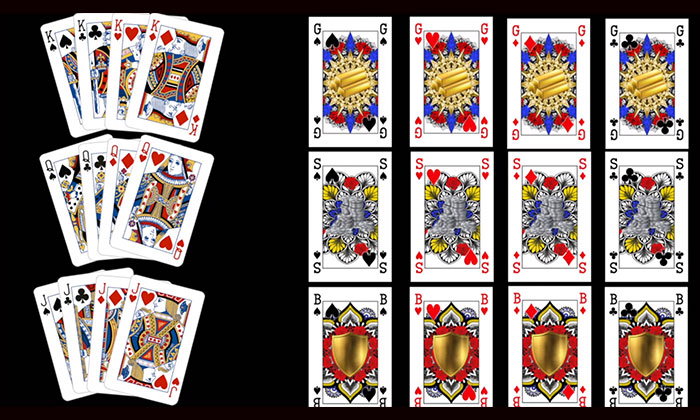 “I would really like to stress that I do not wish to polarize people and take away something. I was raised by my mom to always consider my choices and look for alternatives outside of the box. That is why I wanted to design something more inclusive for those who think like me and want that and offer more choice!” Indy told Bored Panda. 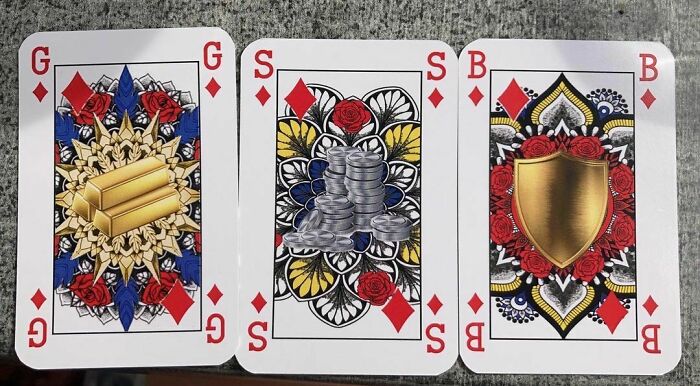 The creator of the gender-neutral deck said that she completely agrees that there are better ways to fight inequality than focusing on playing cards.

“There are bigger problems and better ways to tackle this demon, and we should focus on those. I just happened to stumble on this subtle inequality problem and happened to think of a solution as well and decided to spread it to those who want it. I do not identify myself as a strong activist and try to tackle sexism and racism with my simple cards, I just wanted to provide an alternative, a small solution to a small problem.” 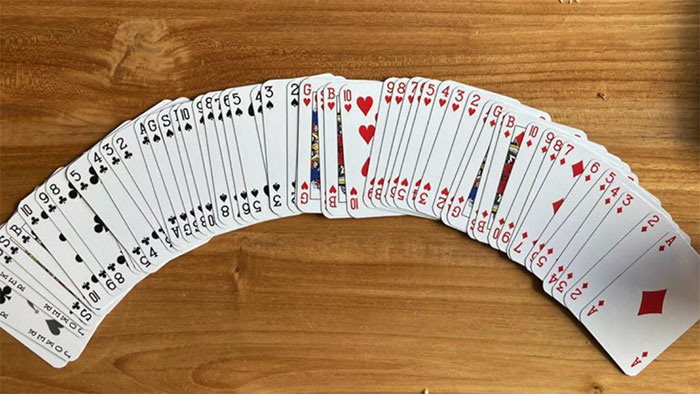 Indy told that everything started back in June, 2020. “We experienced another hard lockdown in the Netherlands so I had extra time on my hands. I always enjoy playing card games with my friends and family every summer so I was brainstorming a cardgame myself and as I was going through the standard explanation in my head I suddenly said, ‘Yeah, okay standard hierarchy, King above Queen above Jack.’ And then suddenly something clicked in my head like, woah, wait a minute why is the King worth more and the Queen worth more than the Jack?” 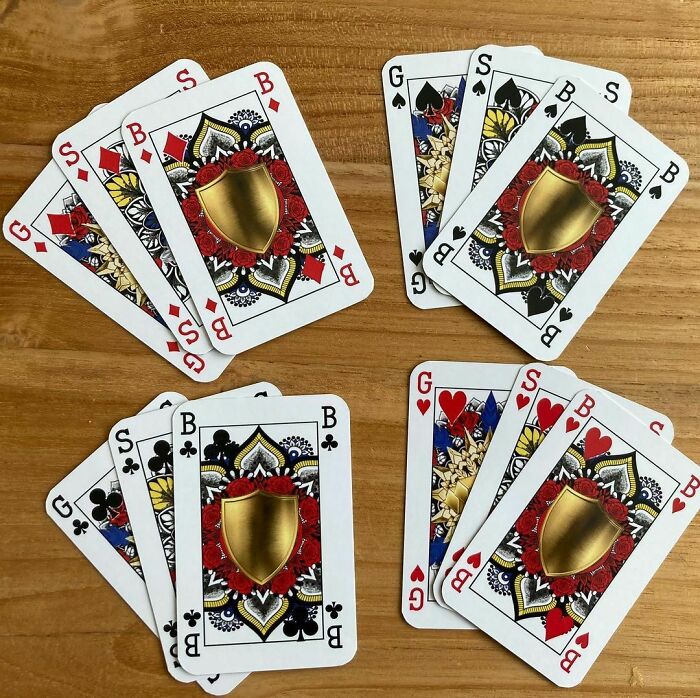 She said that the first step was thinking up a brand new hierarchy that didn’t involve Kings, Queens, and Jacks. “Then I also noticed that all the cards are white royalty, which is also an inequality, not including any people of color. So I decided to step away from people in general. So I came up with Gold, Silver, Bronze, a hierarchy everybody is already familiar with due to sports.” 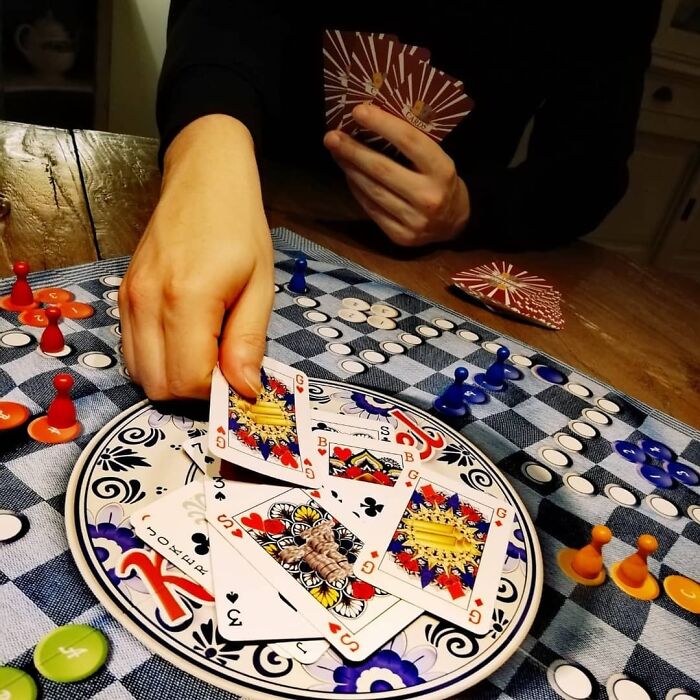 Indy was very open about the fact that her project has received a lot of negative comments. “The truth is, I have nothing but understanding and empathy for these people. They get the notion that they are being blamed and that something is being taken from them, so of course you will lash out then. Next to that, people do not understand the effect of subtle inequalities on people’s lives as they reply with ‘we are going too far, it’s just a game’ or ‘I never thought about and no one did so why does it matter?’ I’d like to show them studies and case examples of how subtle inequalities do affect people and that is why I designed this alternative for those who do not wish to play with the traditional cards.”

So far, Indy plans to start up new projects to tackle inequalities using the profit made from selling her deck. “Maybe new games, or workshops, or look into working together with charities. All cards are still on the table and I am still working it out,” she said, adding that so far, the details are still too blurry to be specific.

Funny Illustrations About Two Kinds of People
This Artist Illustrated Her Everyday Problems With Relatable Comics
Funny Advertisement Fails
Detailed Animal Portraits Meticulously Painted Onto Delicate Feathers
Haunting 100-Year-Old Chalkboard Drawings Discovered In Oklahoma School
"One Summer Can Change Everything": Stranger Things Season 3 Character Posters Released
Guy Edits Disney Characters Into His Photos And The Result Looks Like They’re Having A Blast
"A Summer Night's Melancholy": Surreal Paintings Of Michael Sowa
"Time In Motion": Absolutely Amazing Digital Illustrations By The Russian Artist Evgeny Kazantsev
Controversial Chinese Artist and activist Ai Weiwei Showcases Bathroom Fixtures at Alcatraz Transformed into Porcelain Floral Bouquets
German Artist Naschi Creates Colourful And Cute Oil Paintings
Street Artists Painted The Facade Of Local Supermarket In Hamburg With A Retro-Futuristic Mural That Reflects On Our Relationship To Groceries
Bon Jovi Really Loved Wearing Ridiculous Outfits In 1980s
Artist Reveals The Characters Of Zodiacs Through Surreal Portraits Of Women
The Superb Futristic Dashboards and Floating UIs by Sebastian Stapelfeldt
Street Artists Turn Boring Stairs In Paris Into Works Of Art
Emerging Artist Chases Her Dreams By Painting Wild Scenes Of Horses
50 Transformations By This Hairstylist And His Team That Show The Power Of A Good Stylist
Creative Mom Paints On Skylight To Make Her Daughter Go To Kindergarten Class
Artist Imagines How McDonalds Would Look If Nazis Opened It In Hell
This Reddit Community Is All About Sharing Cases Of “Mild Vandalism” And Here Are The Best Examples
These Maps And Diagrams Will Help You Get Un-Lost
Canadian Kids Are Tying Coats To Street Poles To Keep Homeless Warm This Winter
Artist Spent Three Years Painting Her Readings
cards, gender, neutral, playing, race