Haunting Photographic Self-Portraits by Francesca Woodman From the 1970s 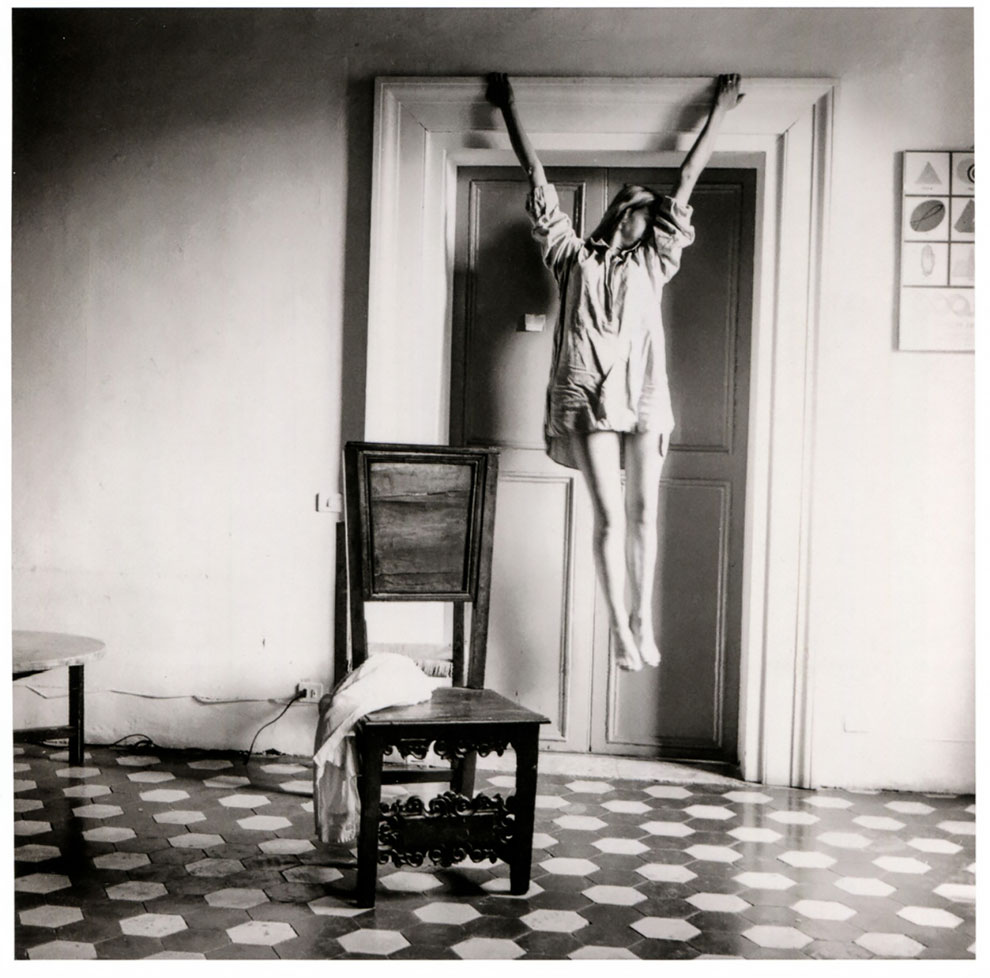 Francesca Woodman (April 3, 1958 – January 19, 1981) is best known for photographing herself. But her pictures are not self-portraits in the traditional sense. She is often nude or semi-nude and usually seen half hidden or obscured – sometimes by furniture, sometimes by slow exposures that blur her figure into a ghostly presence. These beautiful and yet unsettling images seem fleeting but also suggest a sense of timelessness. 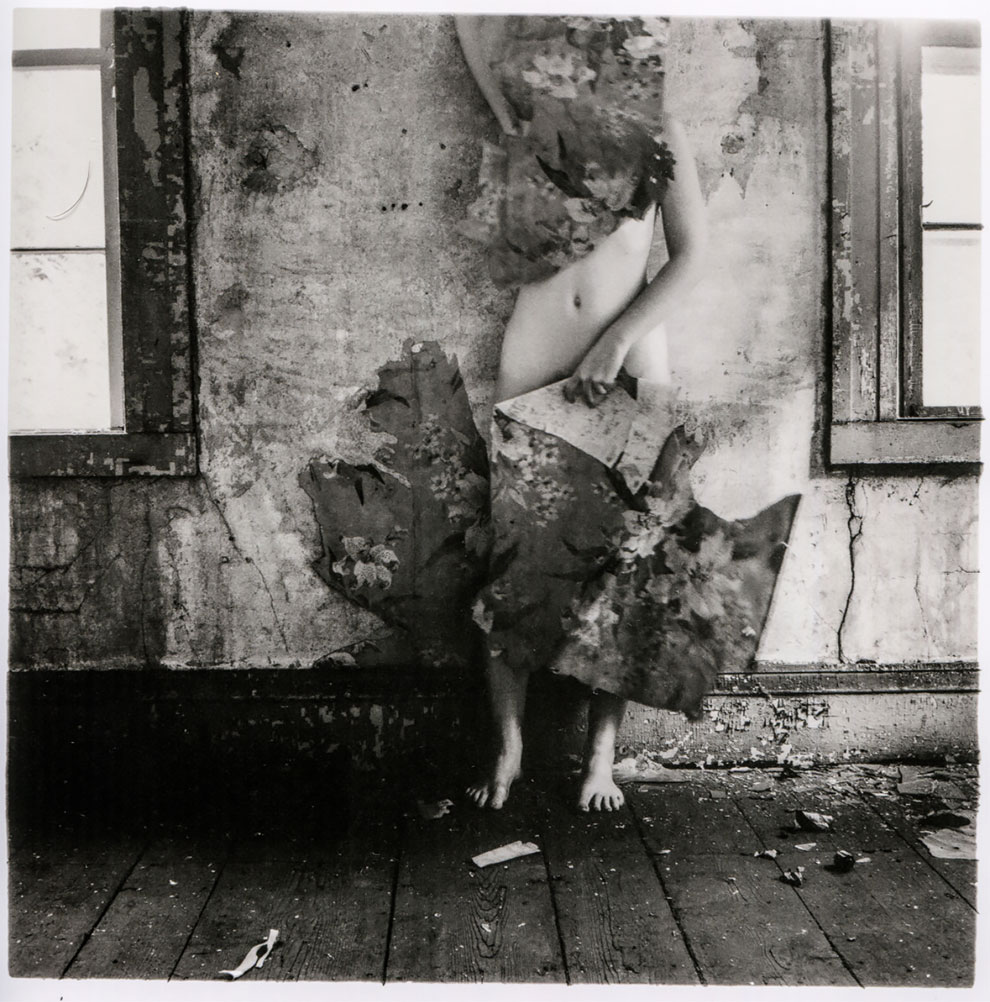 Woodman took her first self-portrait at age thirteen and continued photographing herself until she died. She attended public school in Boulder, Colorado, between 1963 and 1971, except for second grade, which she attended in Italy, where the family spent many summers between school years. She began high school in 1972 at Abbot Academy, a private Massachusetts boarding school. There, she began to develop her photographic skills and became interested in the art form. Abbot Academy merged with Phillips Academy in 1973; Woodman graduated from the public Boulder High School in 1975. 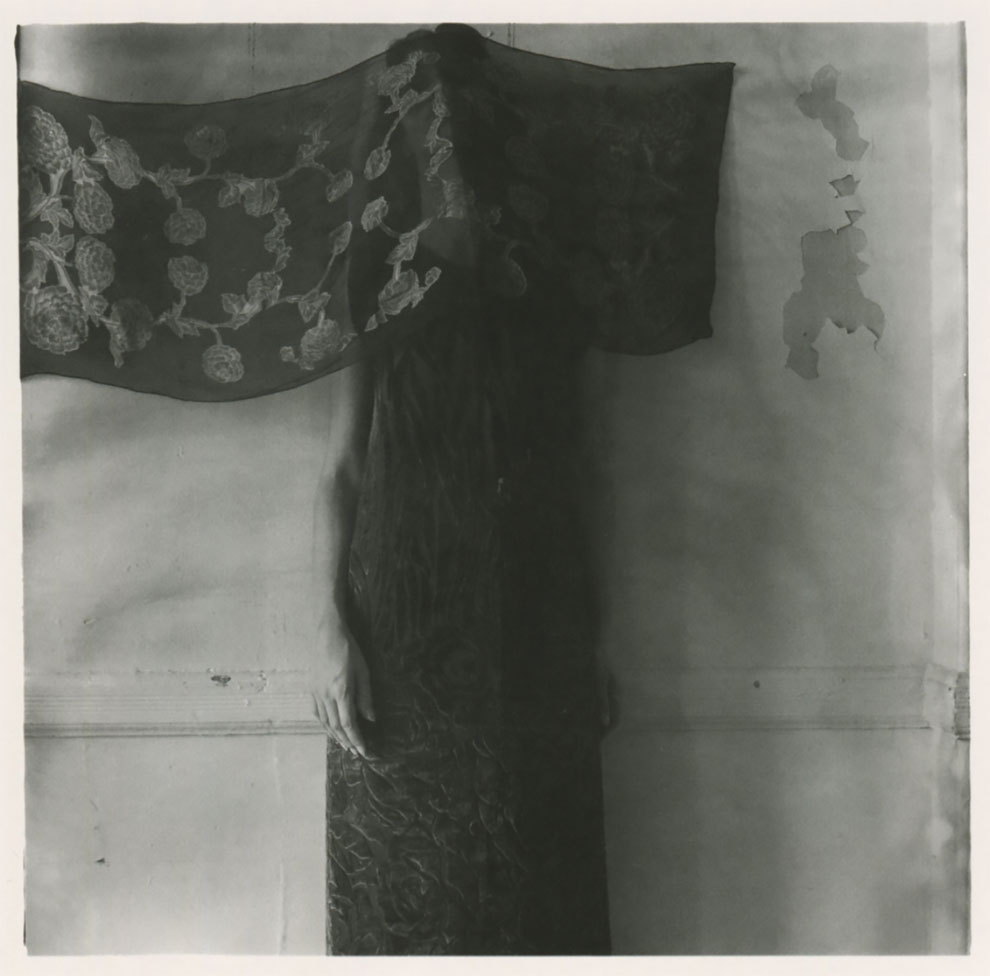 Through 1975, she spent summers with her family in Italy in the Florentine countryside, where the family lived on an old farm, and many of her photographs were taken there. European culture and art had a significant impact on her artistic development. The influence of surrealist art, particularly the photographs of Man Ray and Claude Cahun can be seen in the themes and style of her work. She developed her ideas and skills as a student at Rhode Island School of Design. 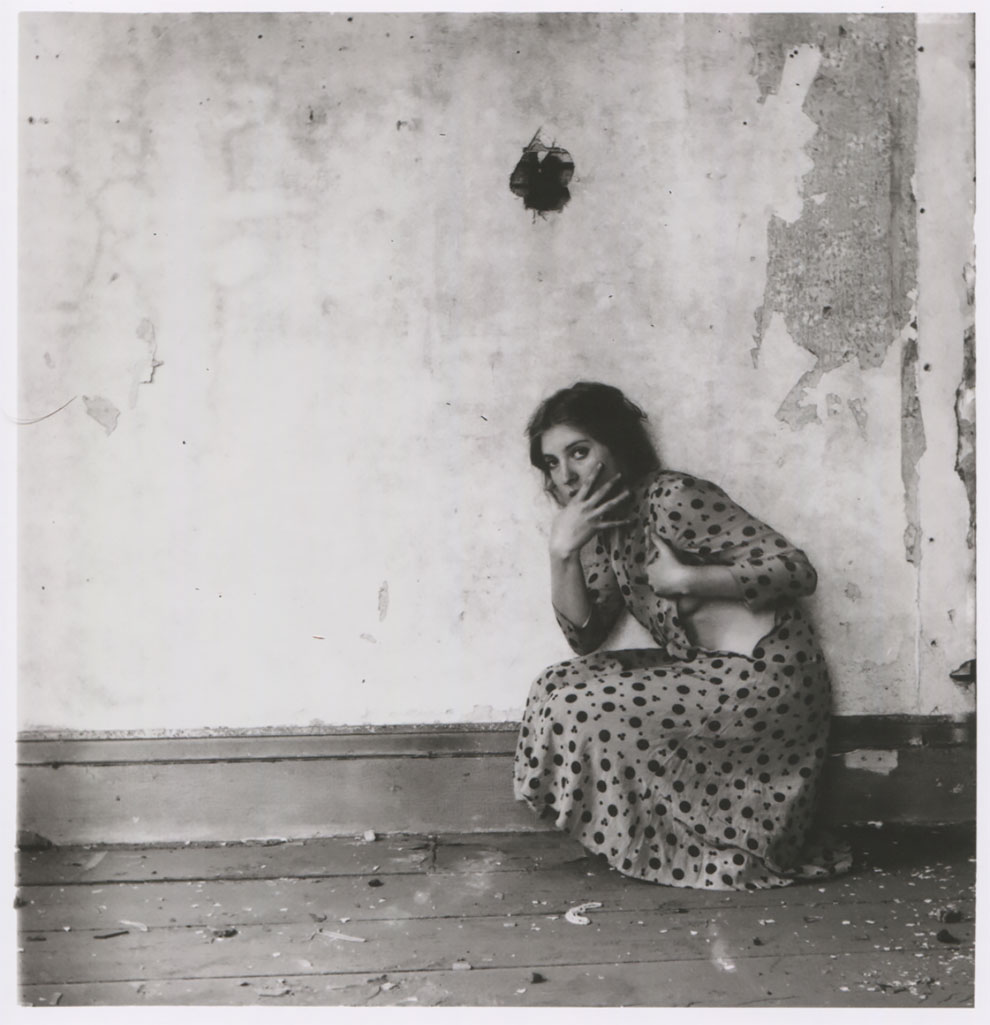 Although Woodman used different cameras and film formats during her career, most of her photographs were taken with medium format cameras producing 2-1/4 by 2-1/4 inch (6×6 cm) square negatives. Woodman created at least 10,000 negatives, which her parents now keep. Woodman’s estate, which is managed by her parents, consists of over 800 prints, of which only around 120 images had been published or exhibited as of 2006. Most of Woodman’s prints are 8 by 10 inches (20 by 25 cm) or smaller, which “works to produce an intimate experience between viewer and photograph.” Many of Woodman’s images are untitled and are known only by a location and date. 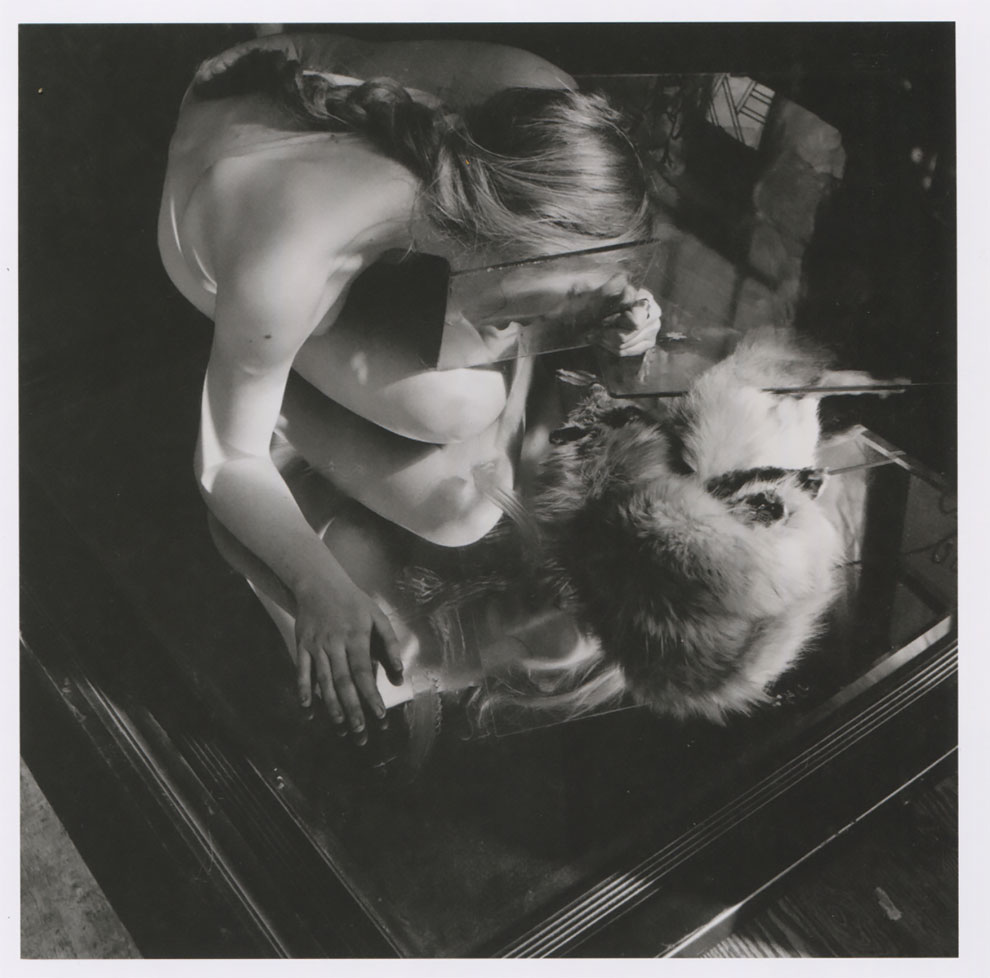 Woodman continuously explored and tested what she could do with photography. She challenged the idea that the camera fixes time and space – something that had always been seen as one of the fundamentals of photography. She playfully manipulated light, movement and photographic effects, and used carefully selected props, vintage clothing and decaying interiors to add a mysterious gothic atmosphere to the work. 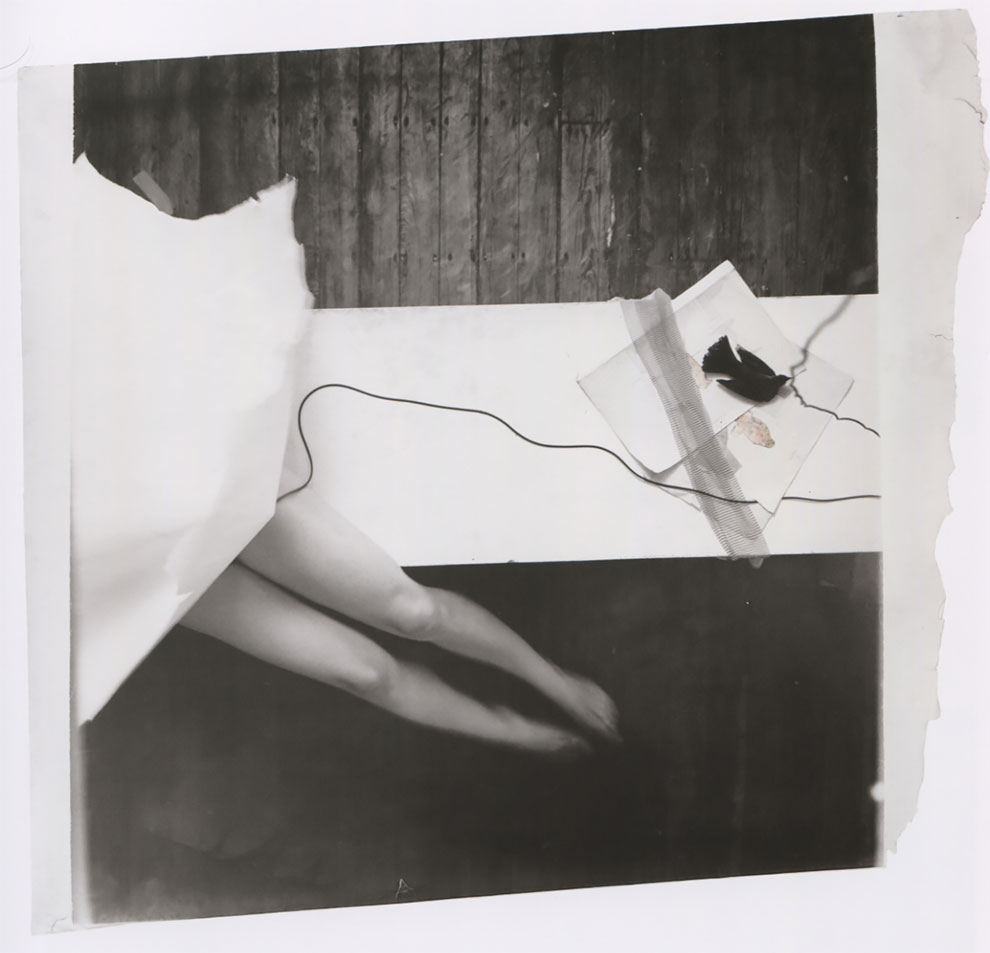 Her importance as an innovator is significant, particularly in the context of the 1970s when the status of photography was still regarded as less important than painting and sculpture. She led the way for later American artists who used photography to explore themes relating to identity such as Cindy Sherman and Nan Goldin. 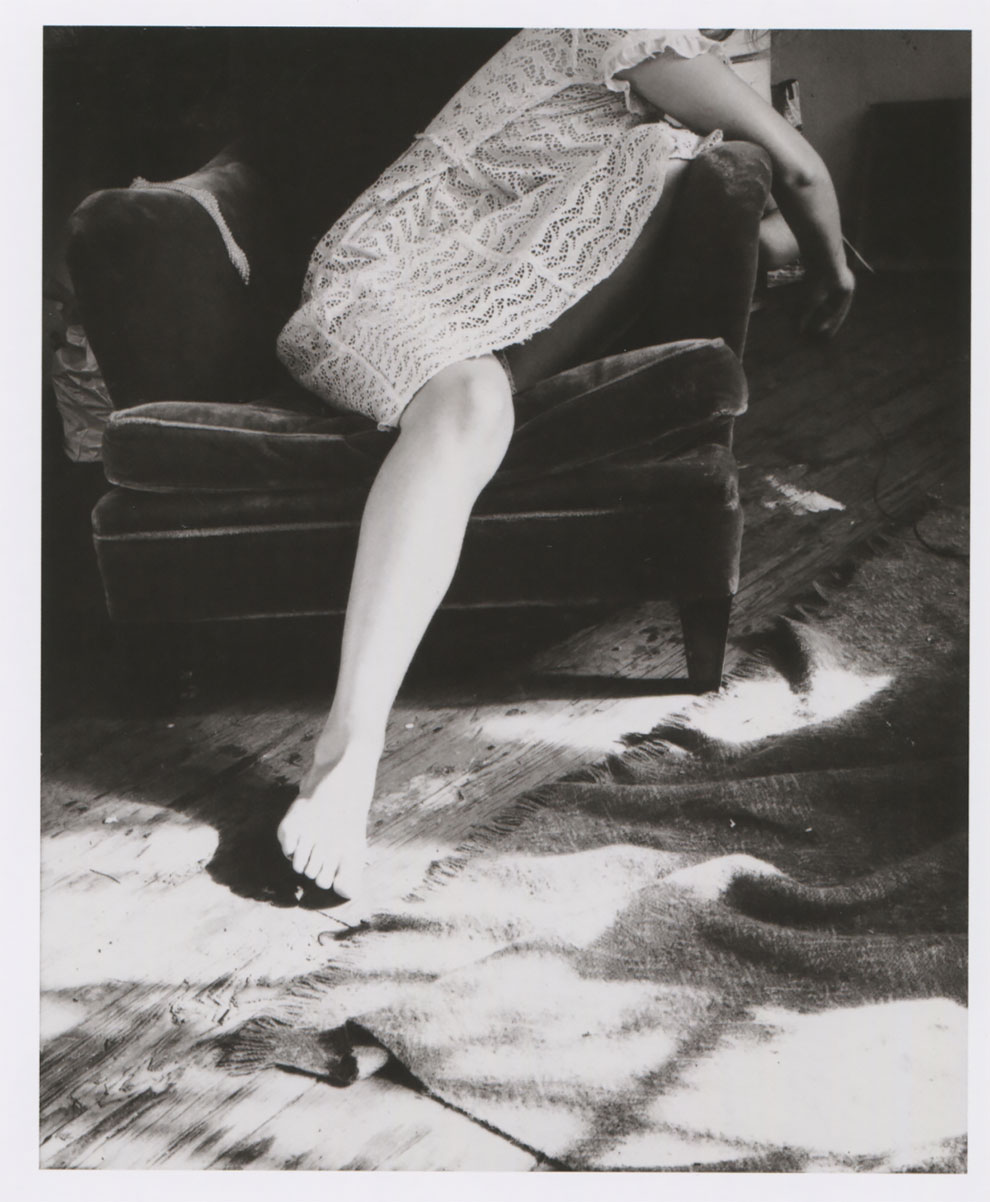 On January 19, 1981, Woodman took her life, aged twenty-two, jumping out of a loft window of a building on the East Side of New York City. An acquaintance wrote, “things had been bad, there had been therapy, things had gotten better, guard had been let down. Her father has suggested that Woodman’s suicide was related to an unsuccessful application for funding from the National Endowment for the Arts. A lackluster response to her photography and a failed relationship had pushed her into the deep depression. 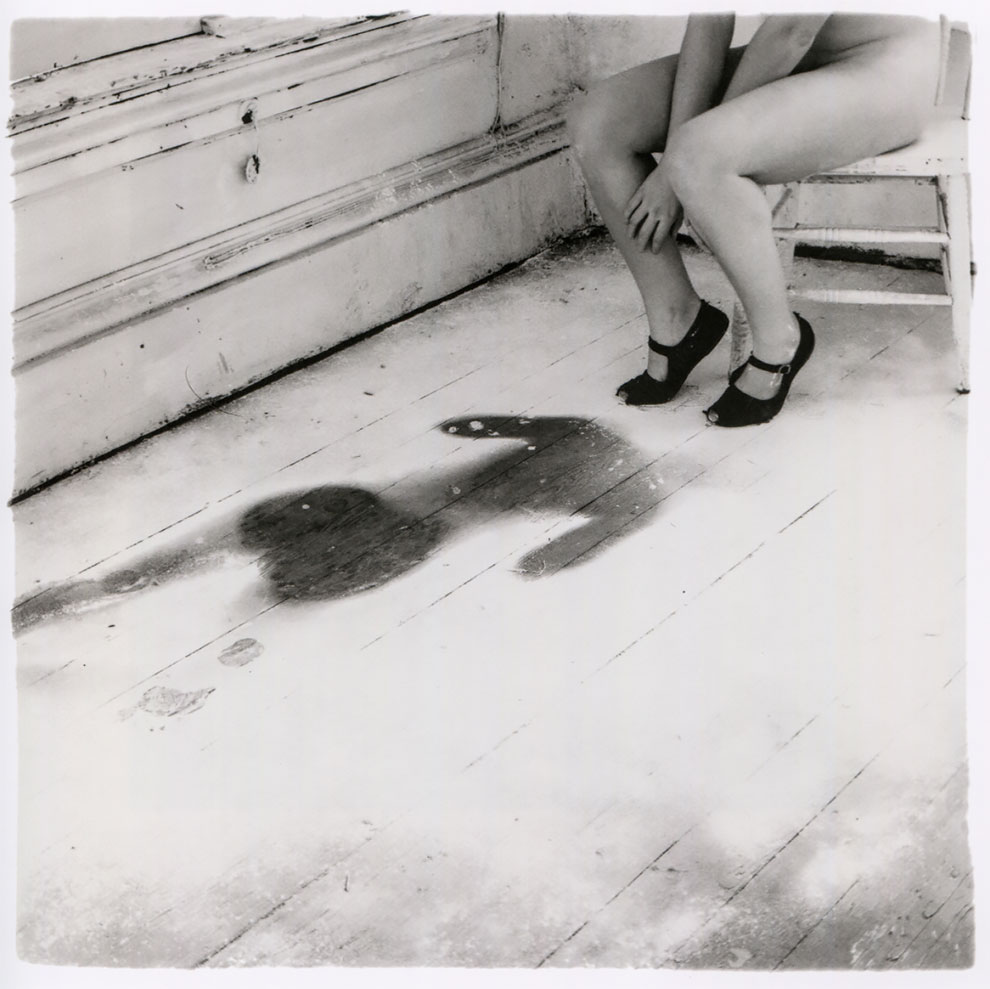 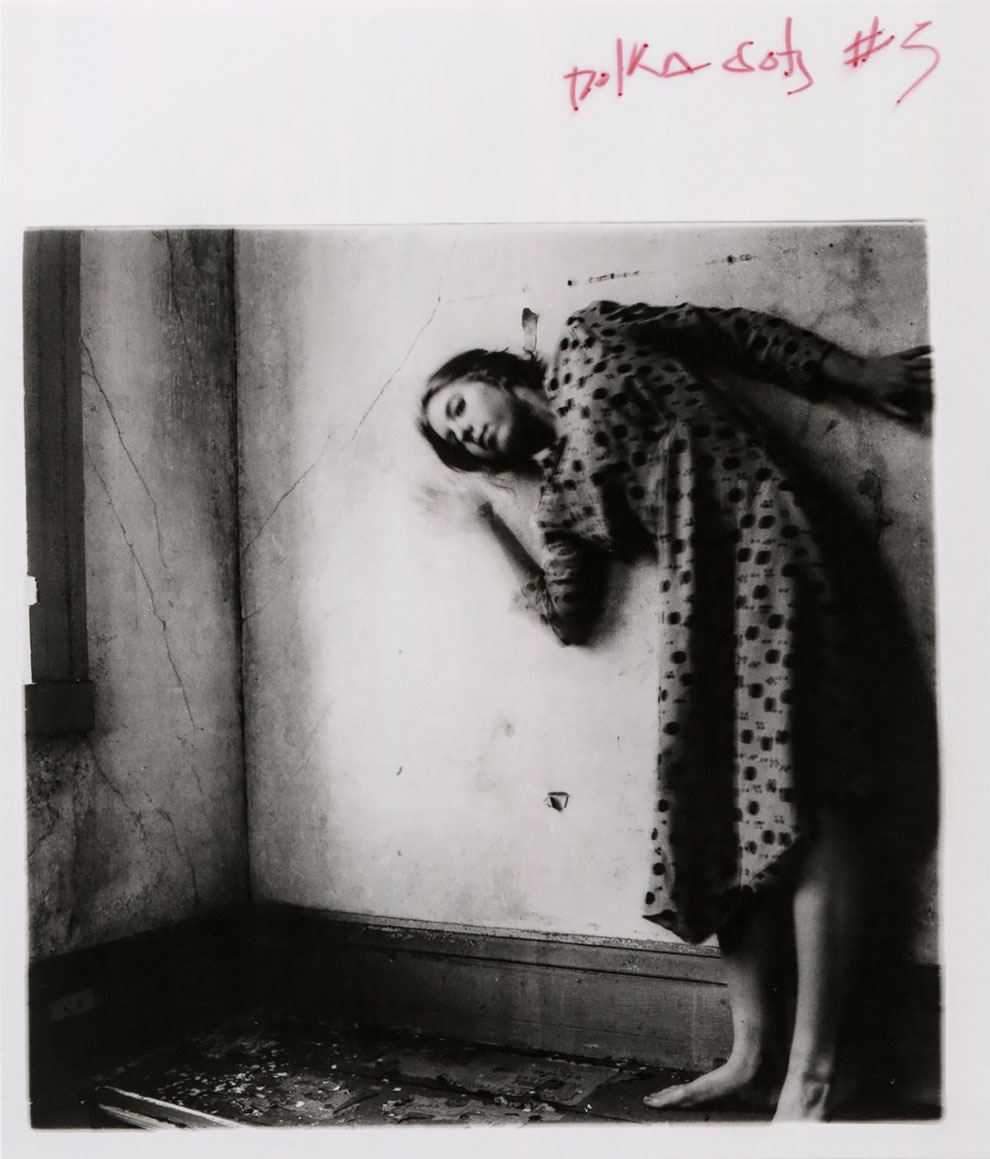 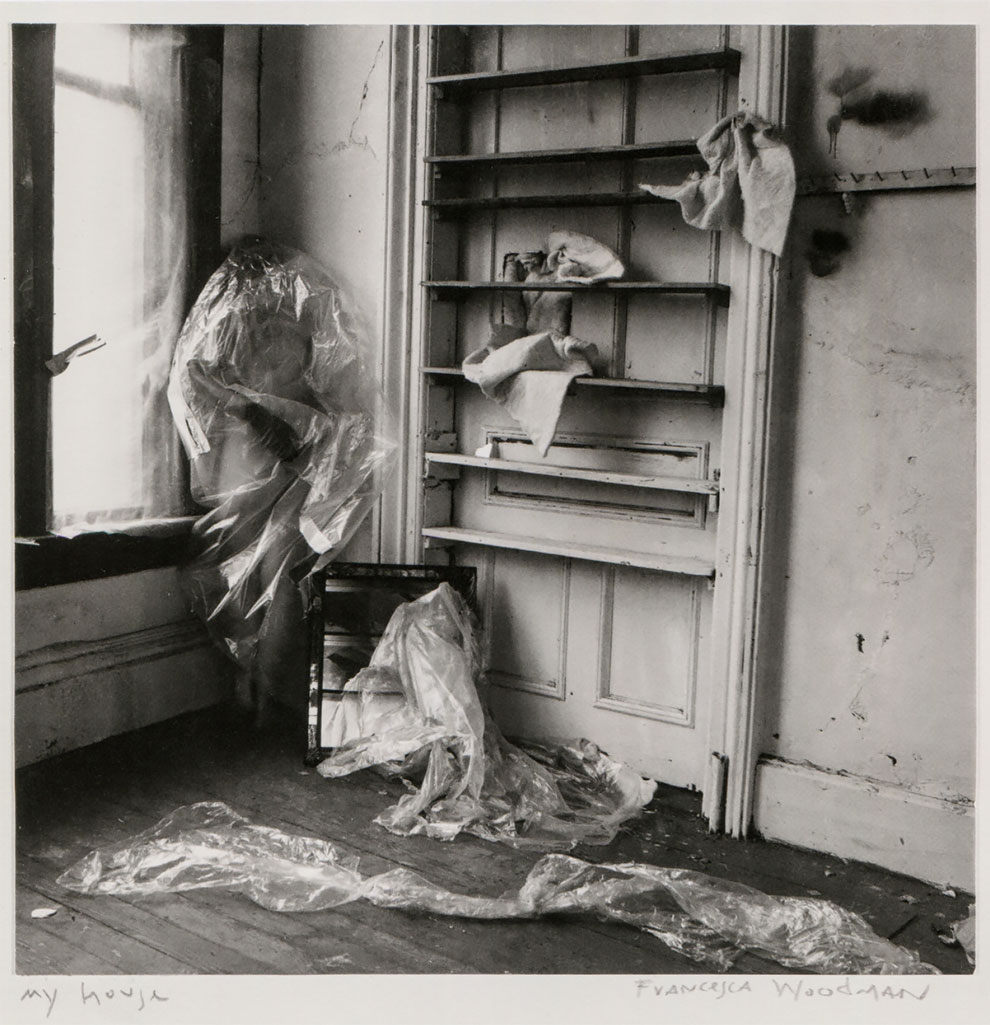 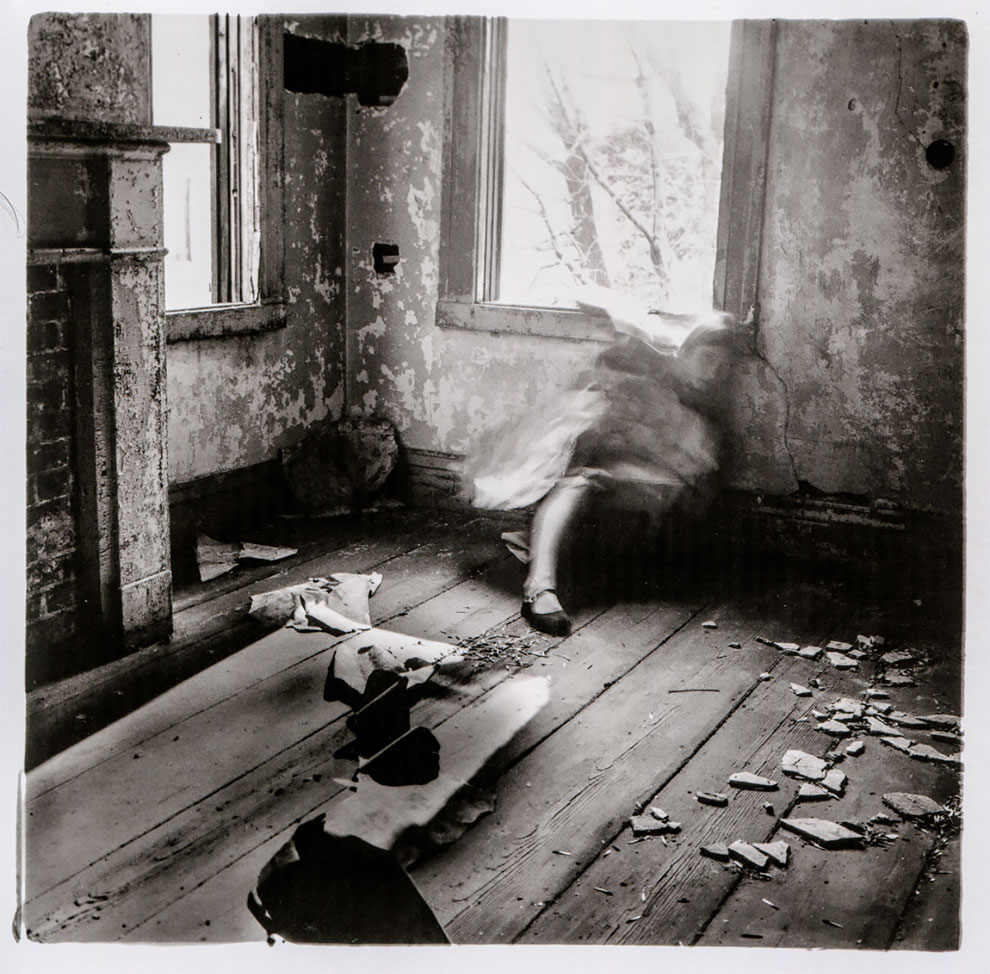 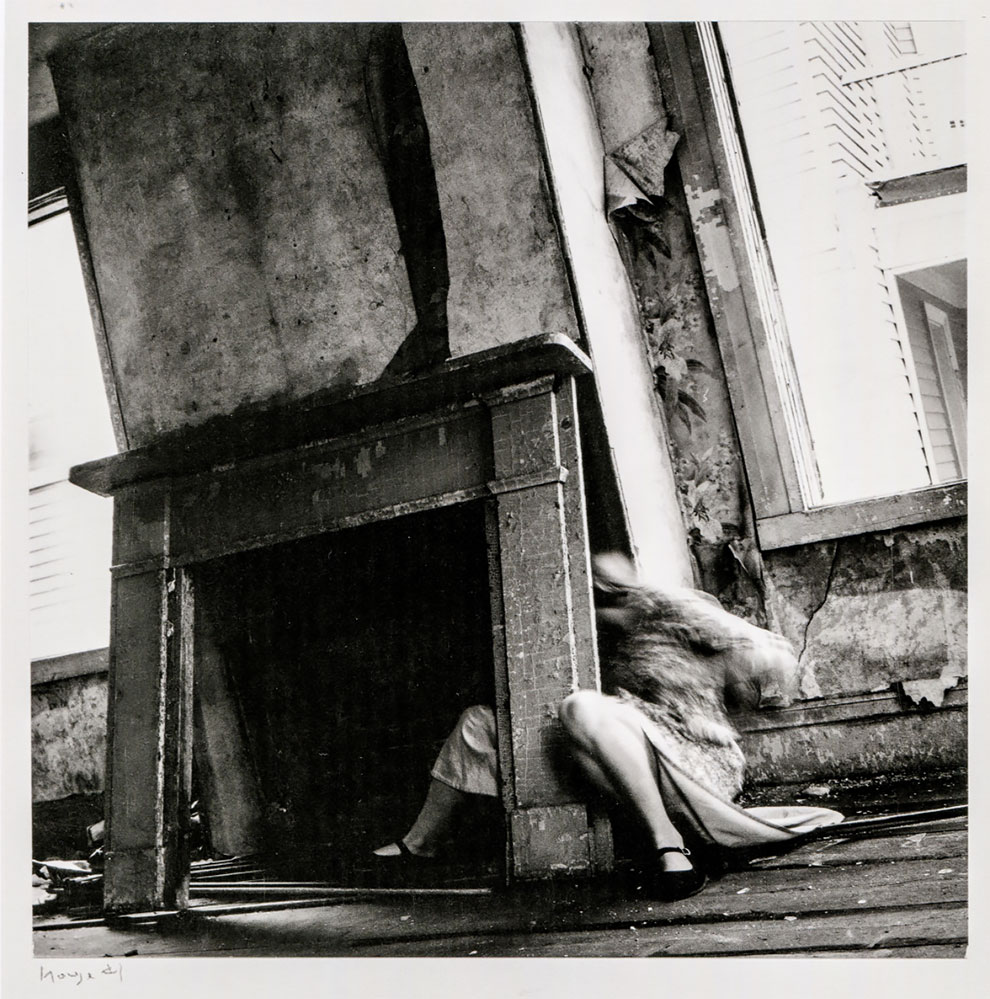 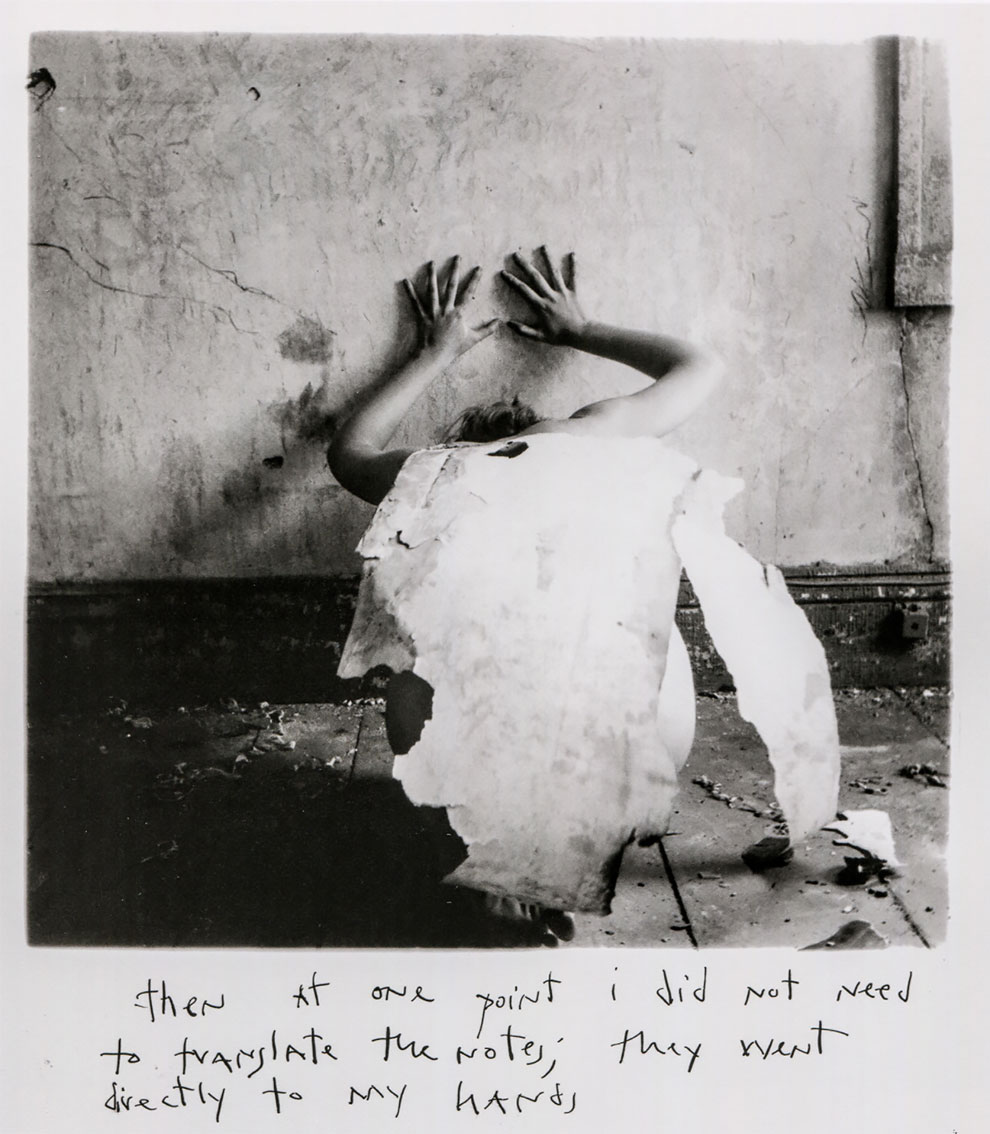 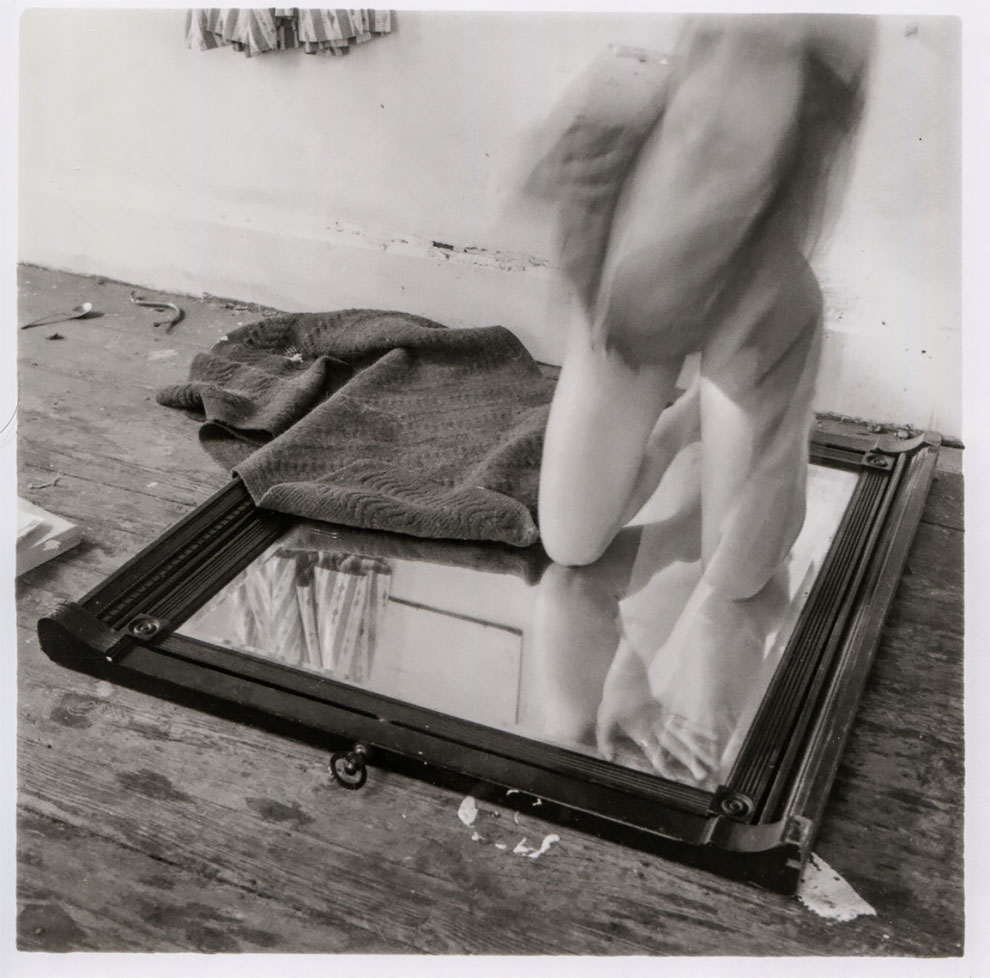 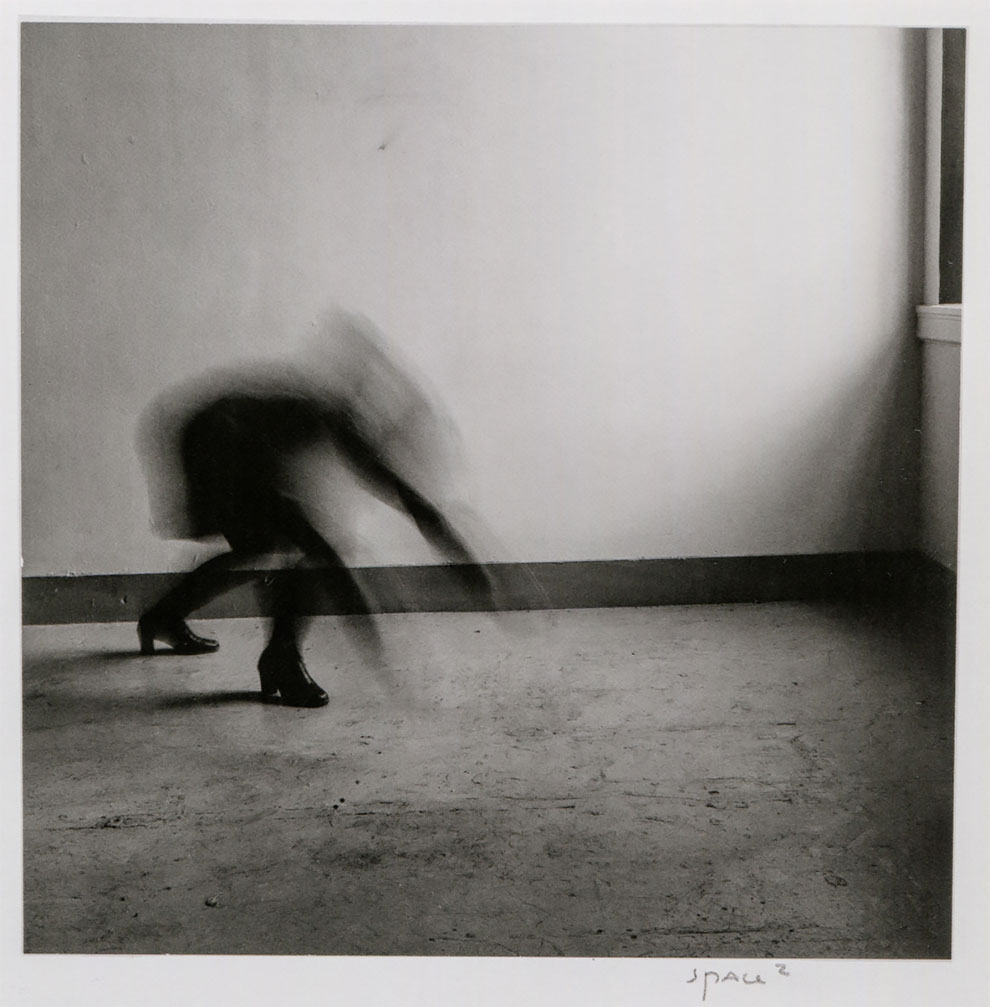 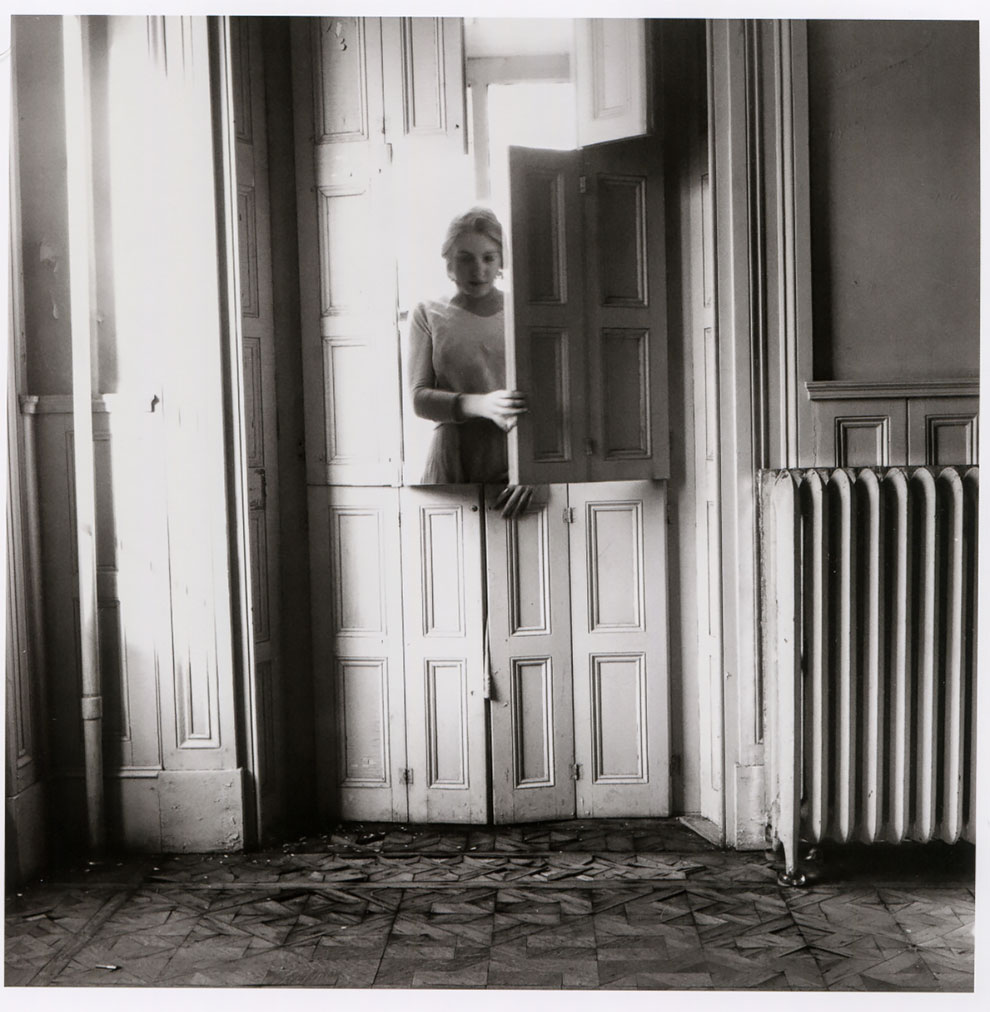 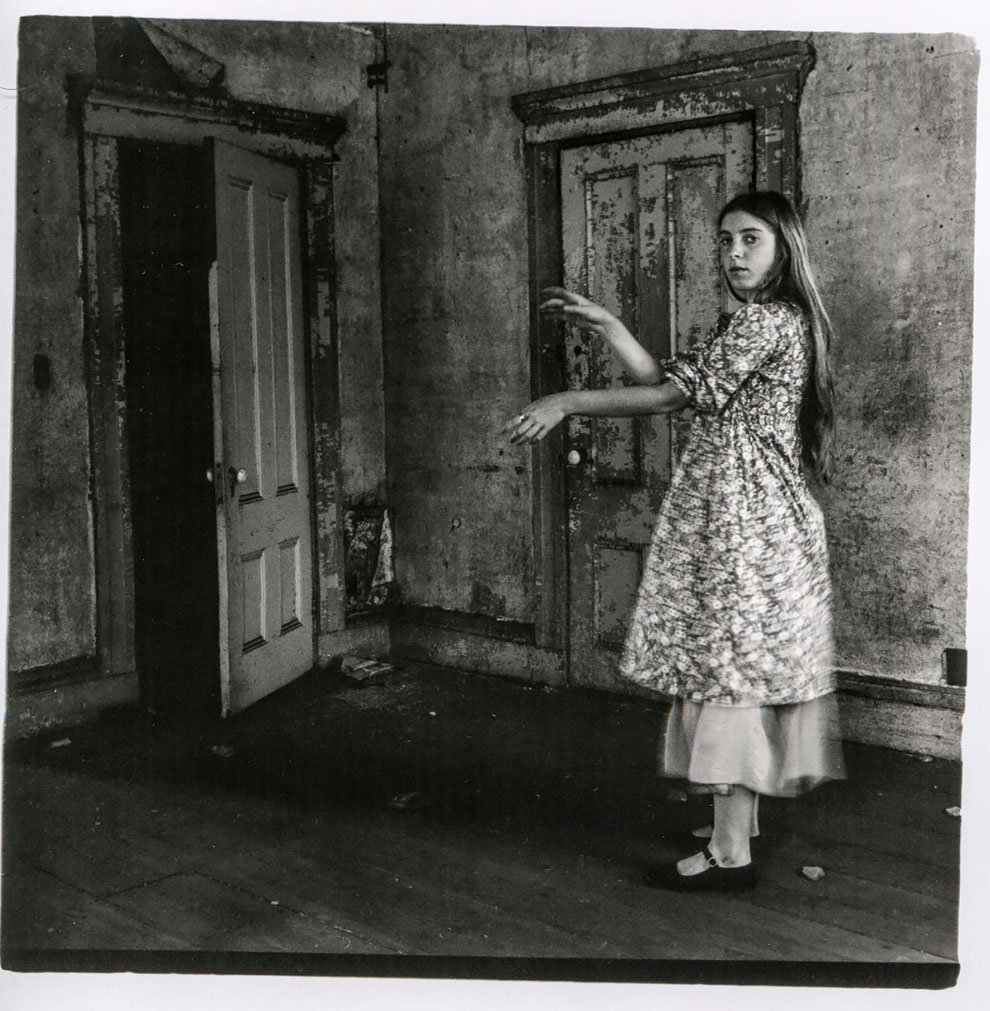 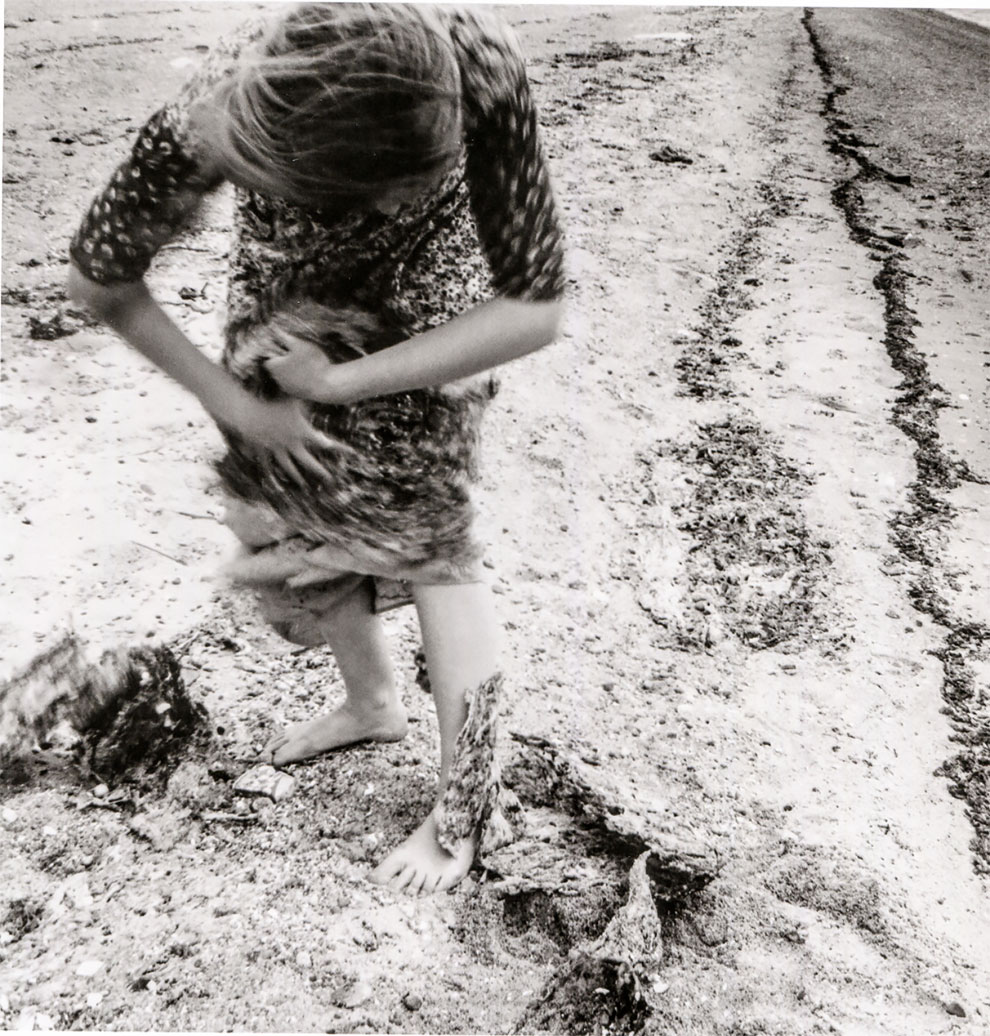 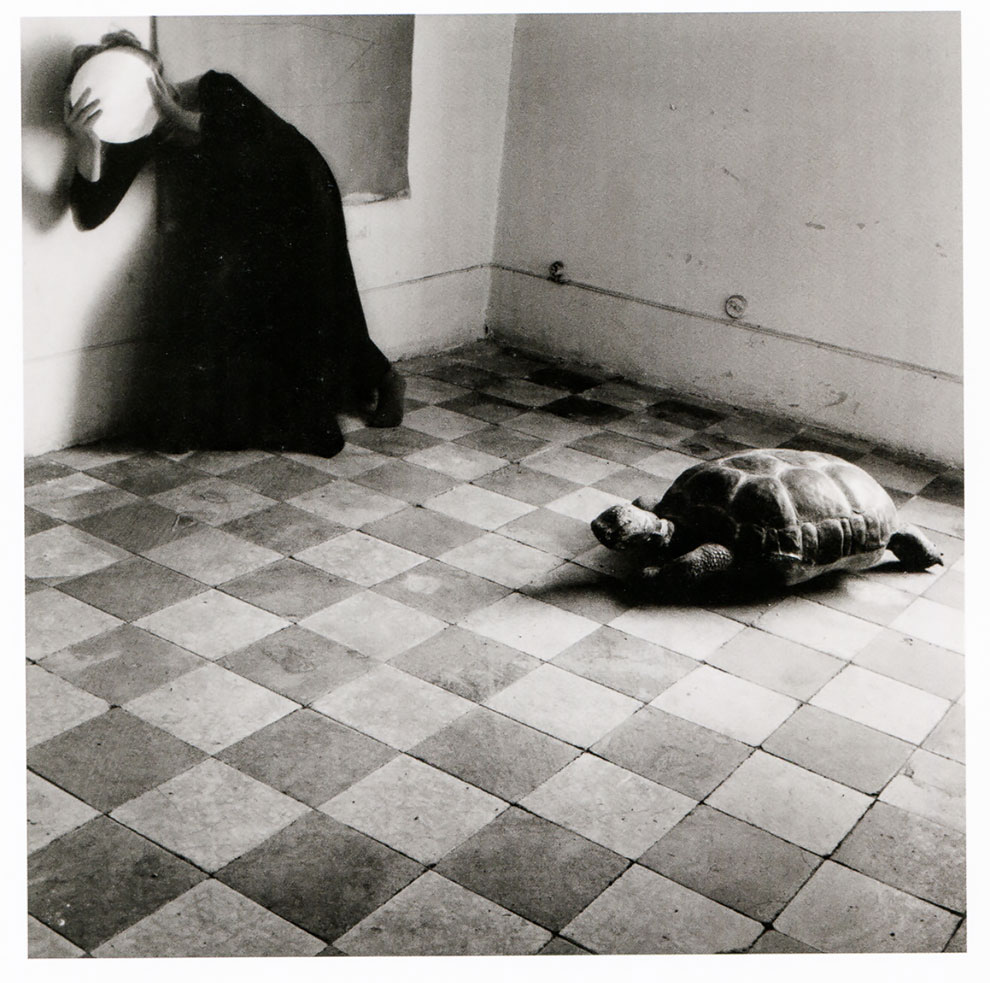 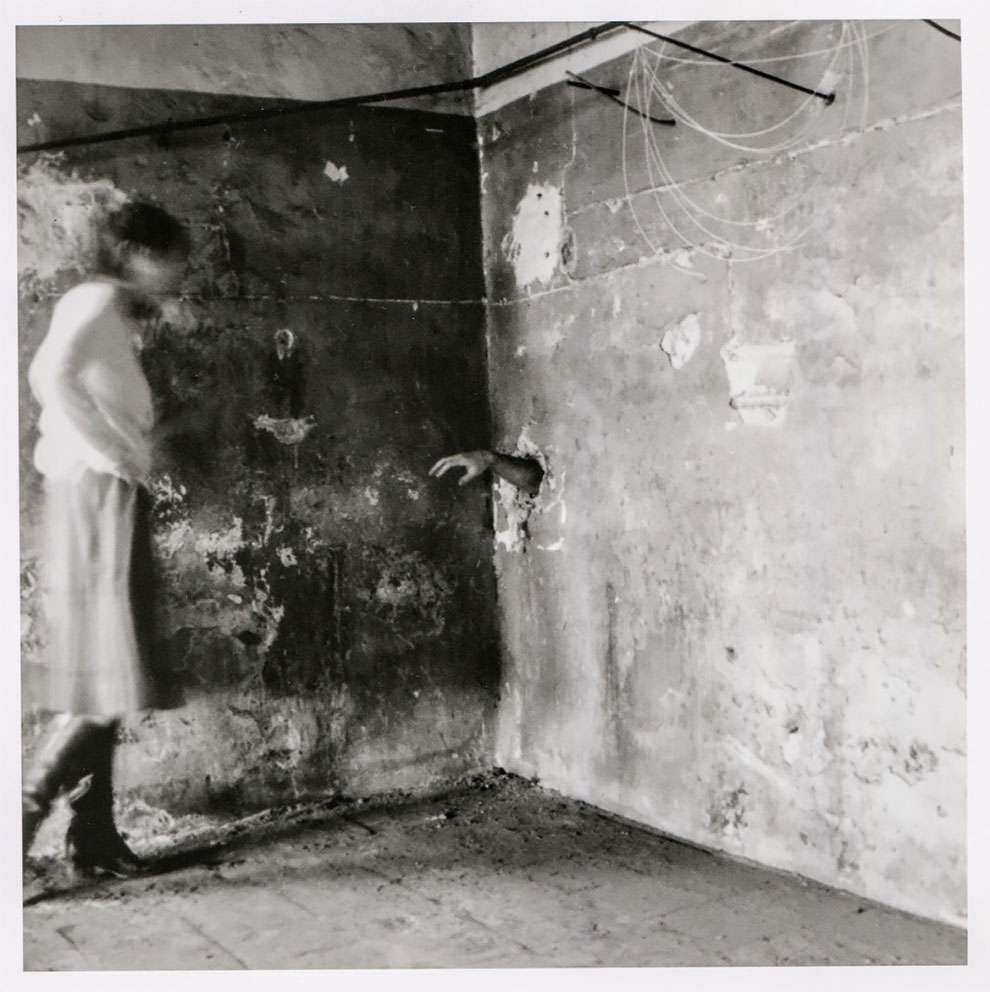 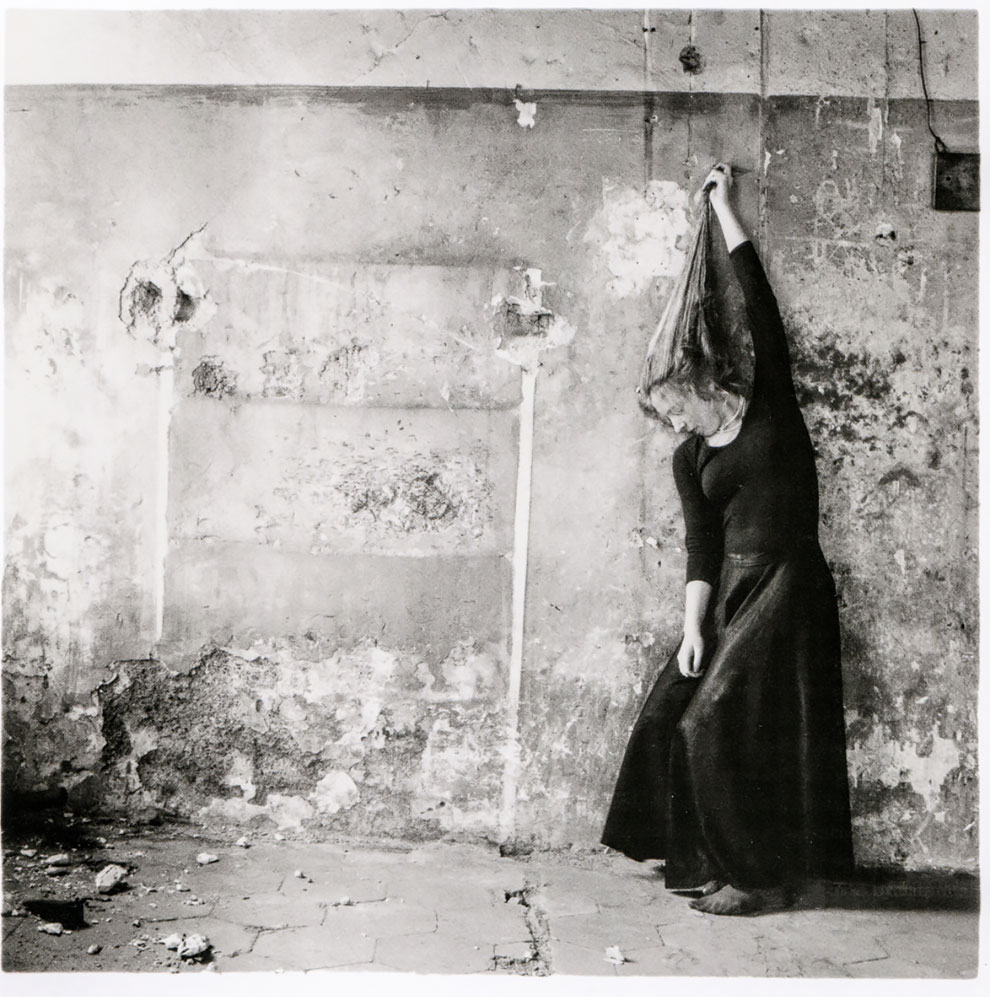 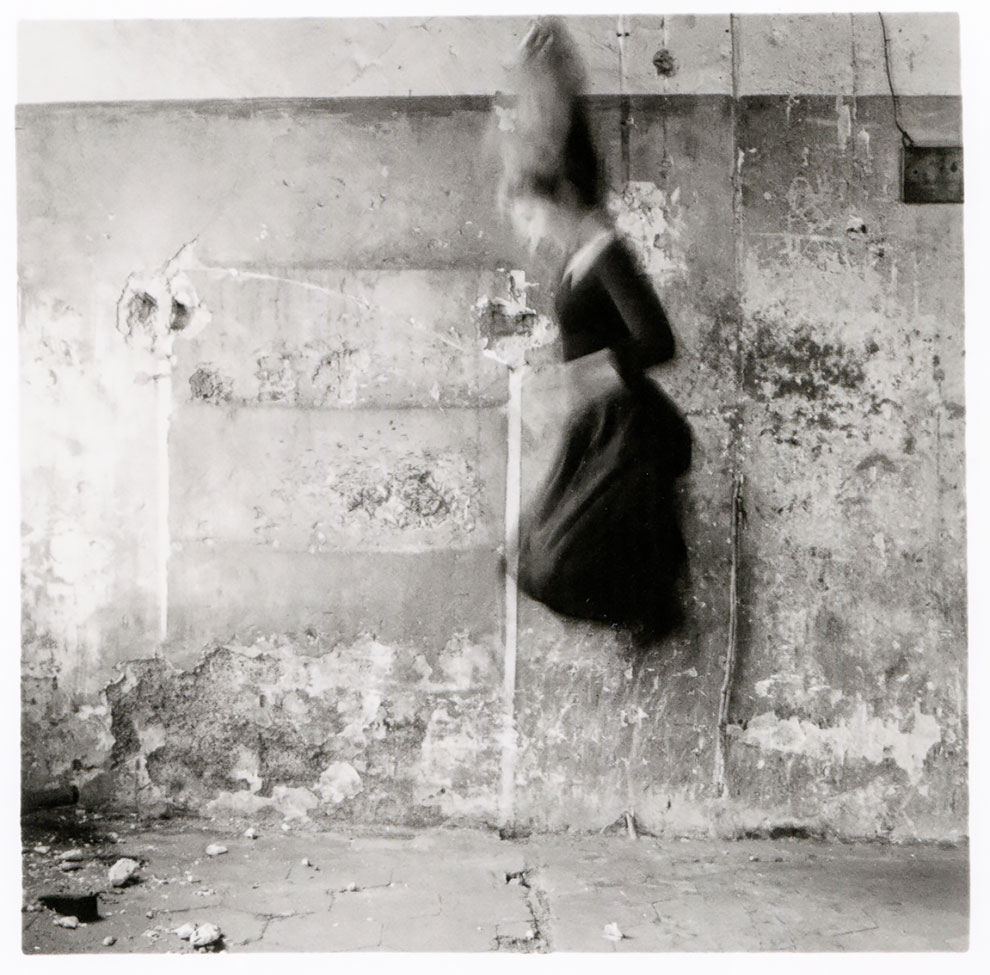 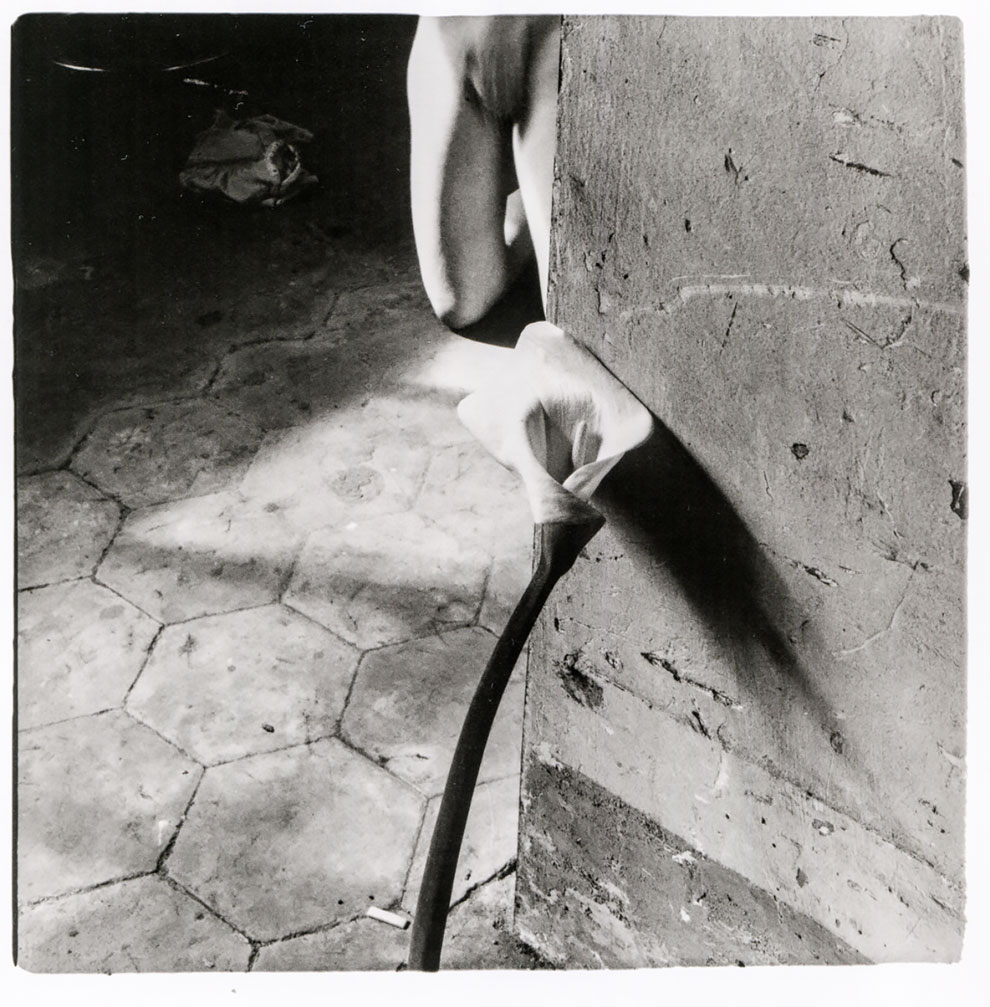 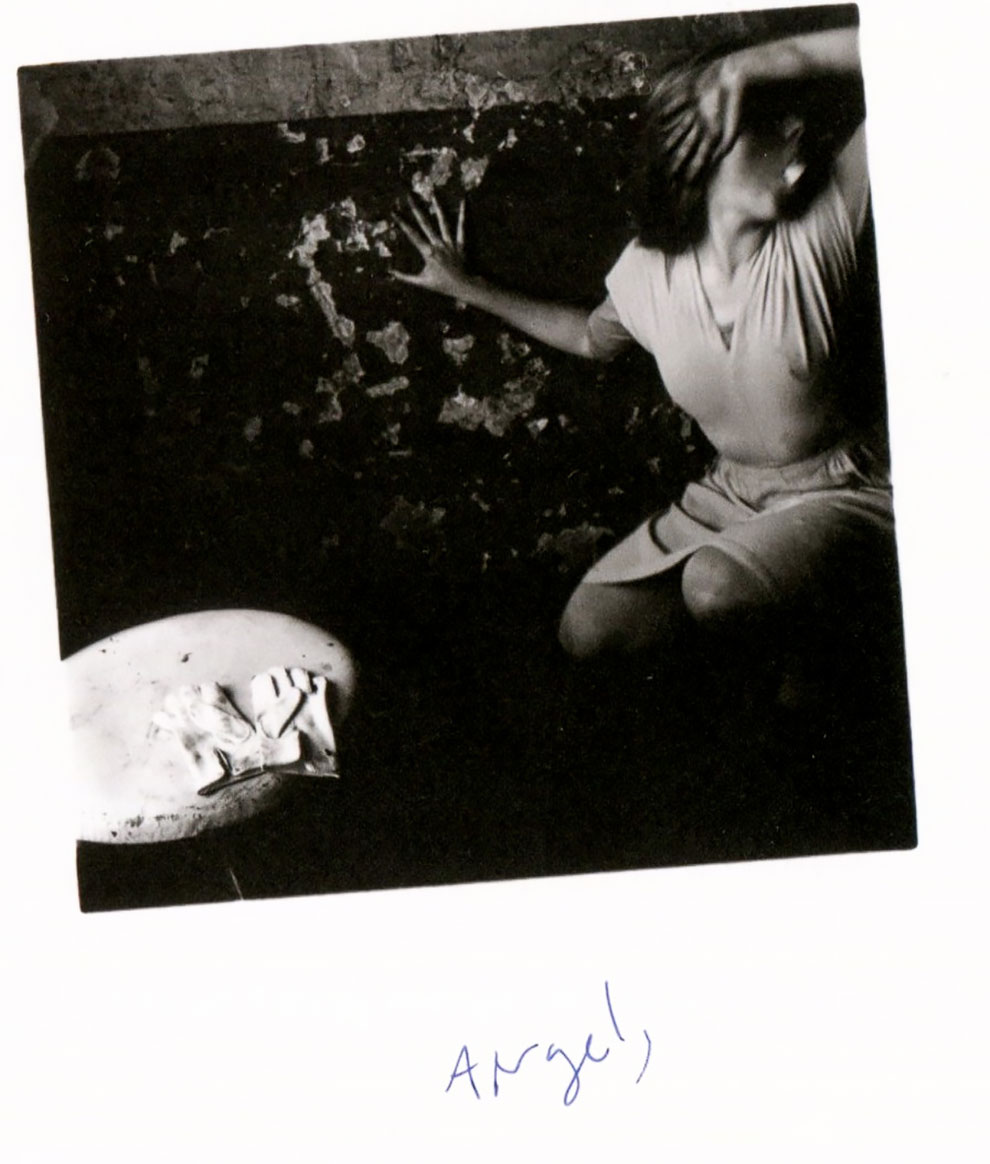 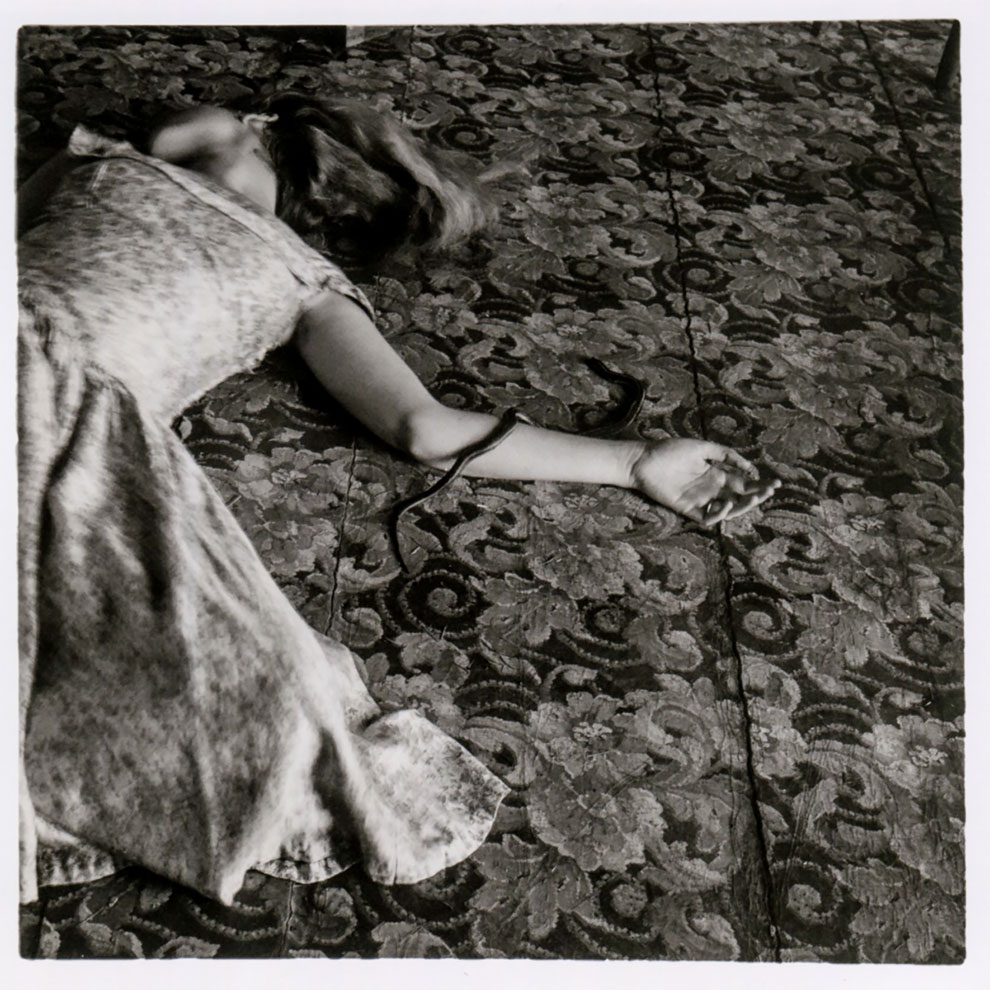 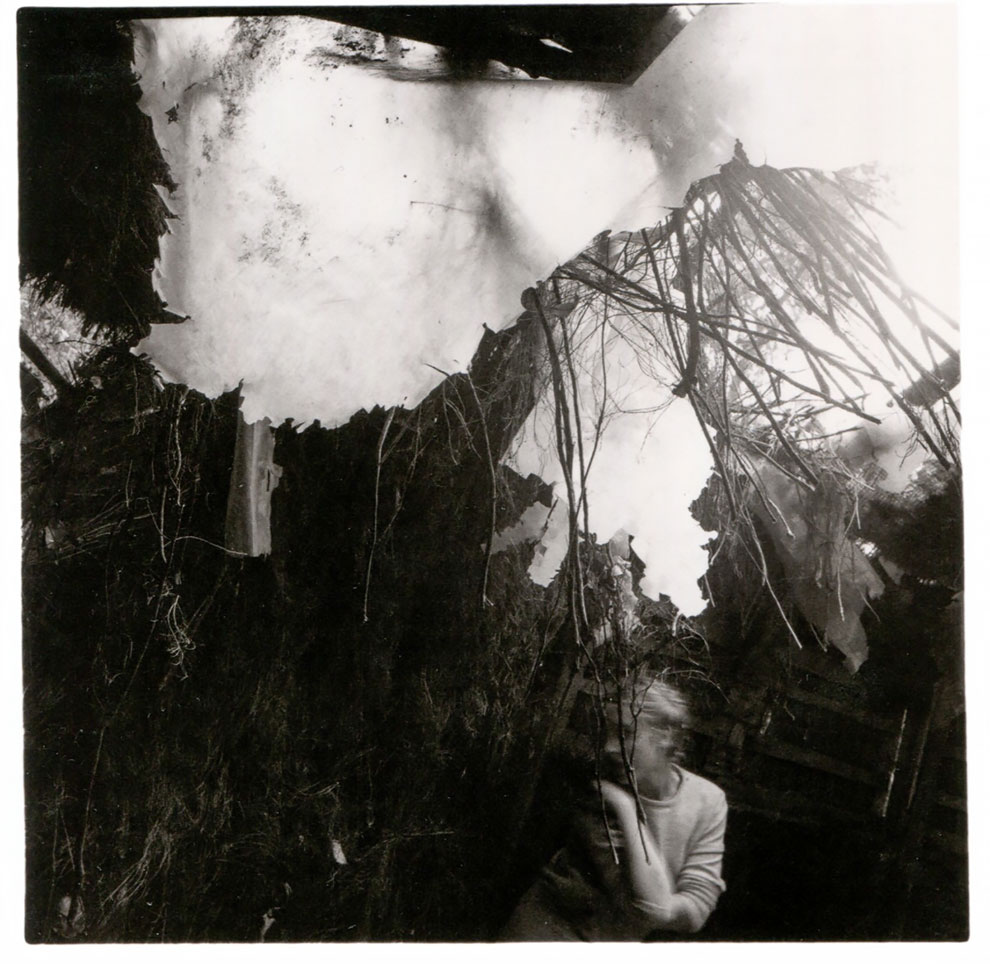 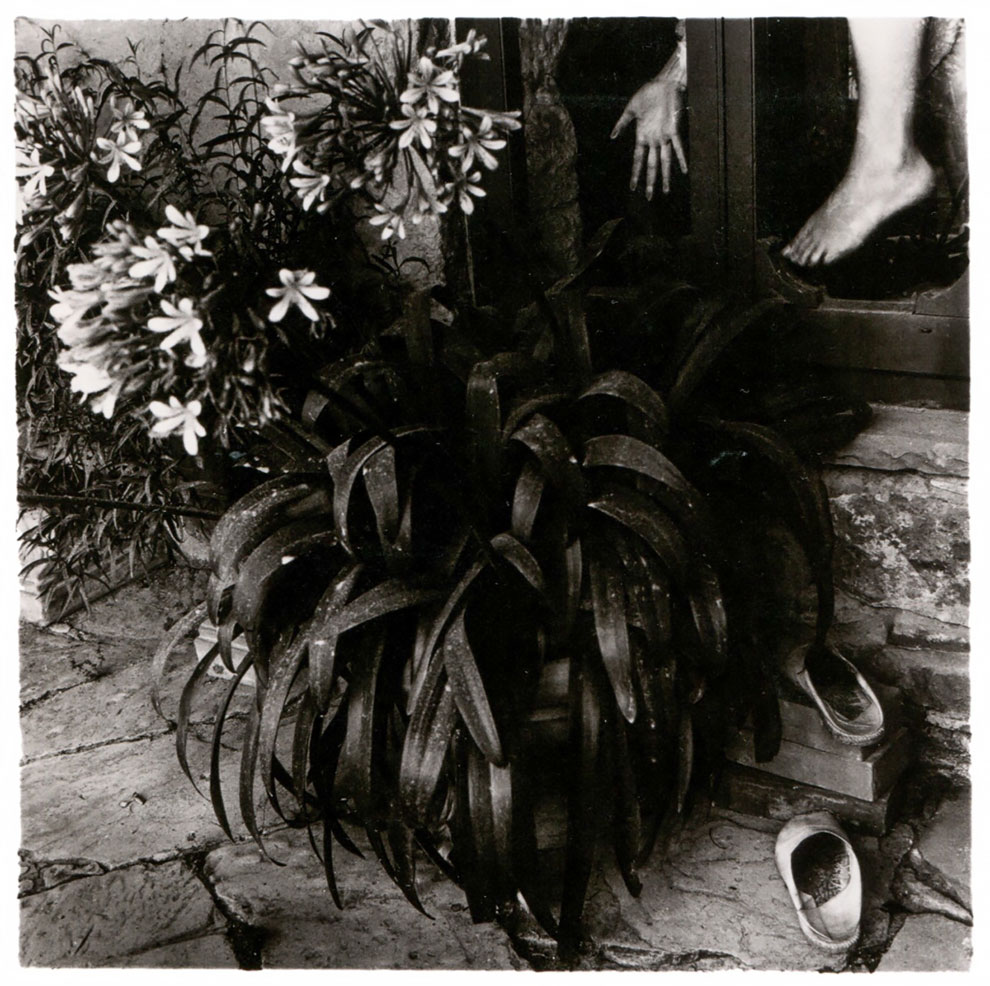 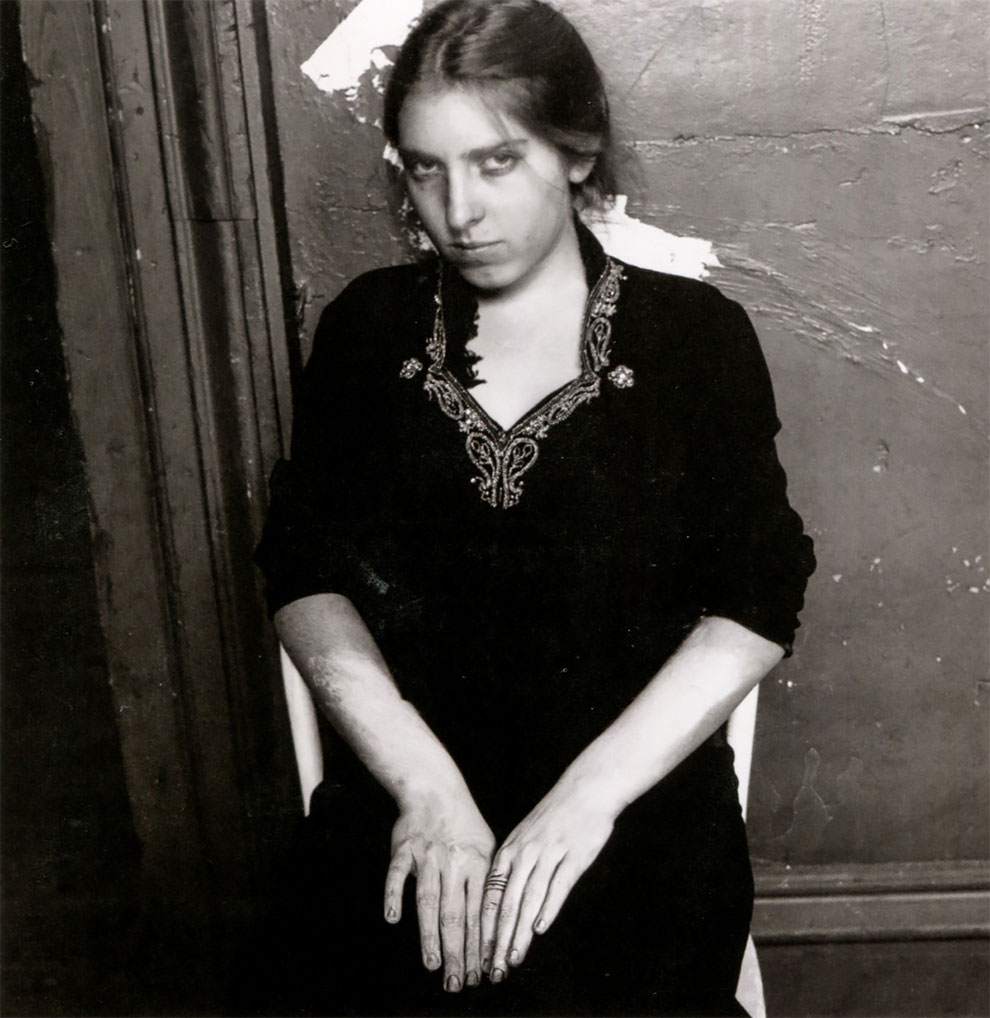 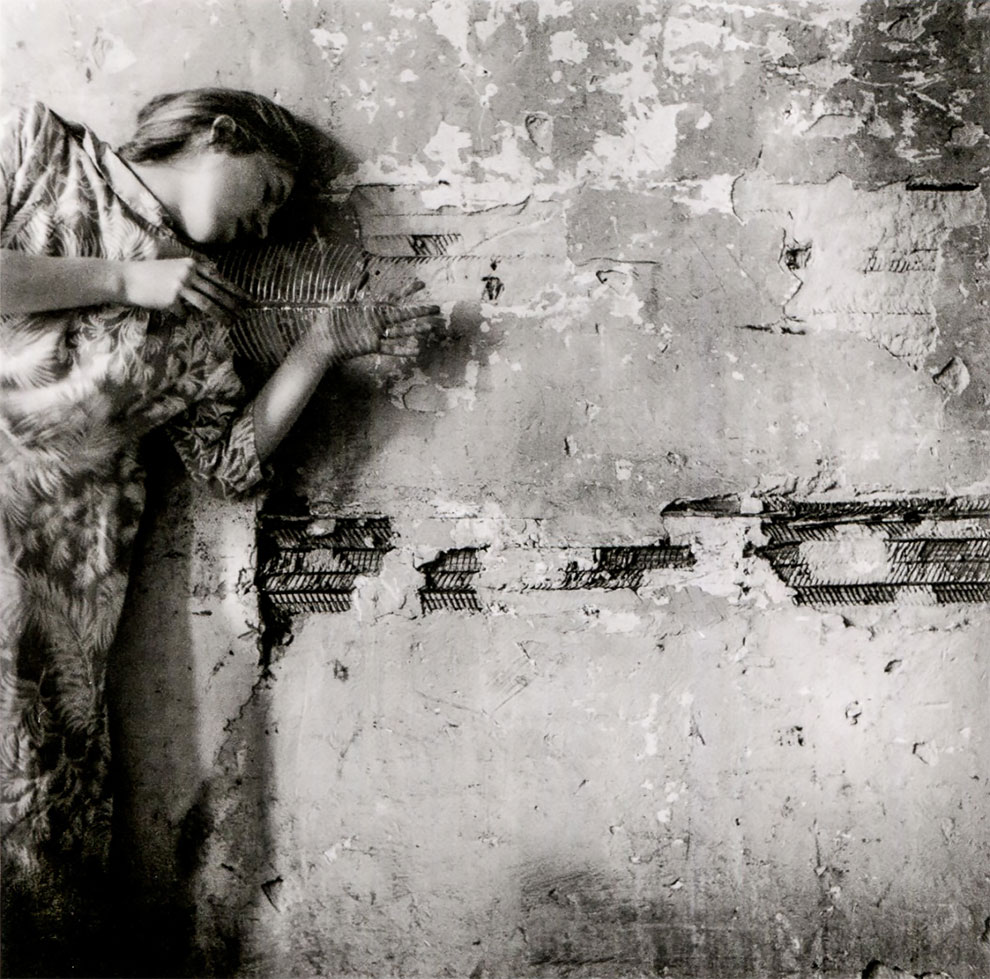 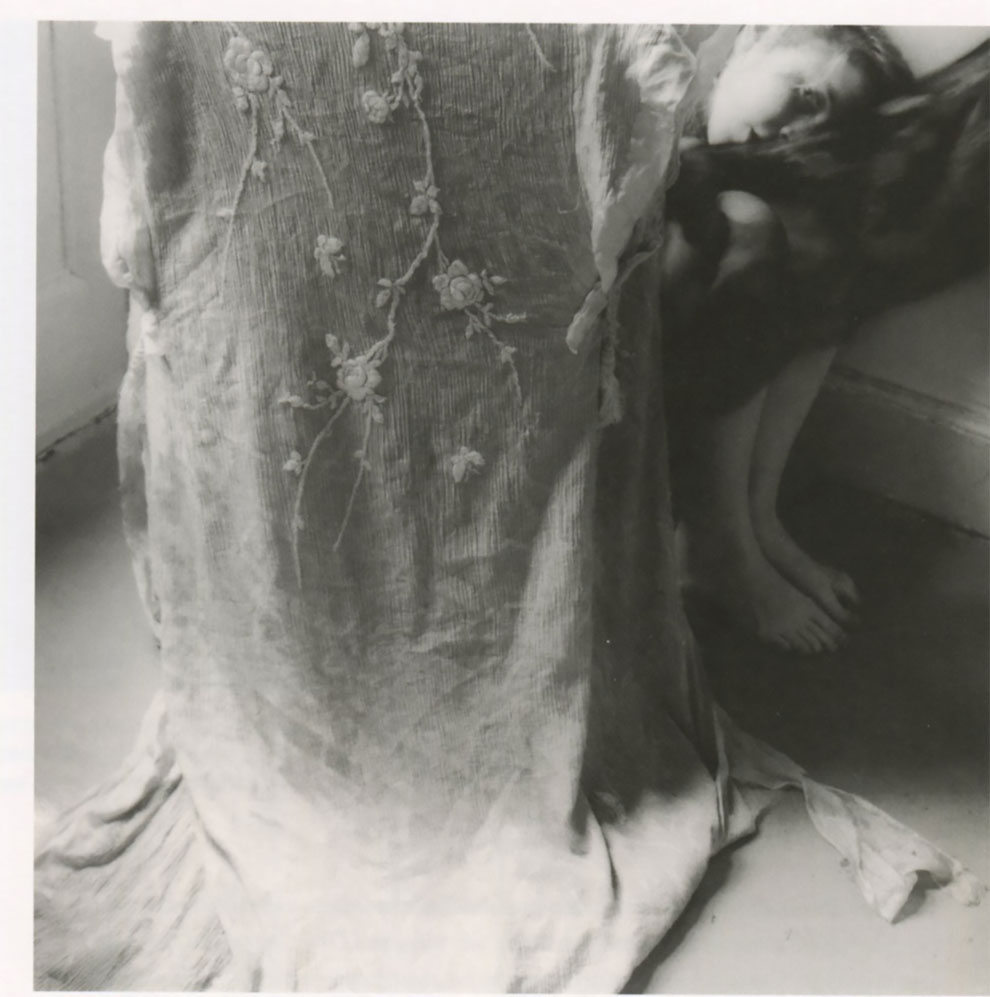 Nostalgic Photos Of American Teenage Girls At Texas Beaches During The 1980s
Mexican Pointy Boots: Las Botas Picudas
Stunning Photos Of The Pulitzer Prize-Winning Associated Press Photographer Robert Bukaty
The Winners of the 10th Annual CGAP Photo Competition
The Unique Hairstyles of Jean-Michel Basquiat
20 Award-Winning Photos Capture the Terror and Beauty of Giving Birth During the Pandemic
Sunny Photographs That Show Just How Far Out Beach Life Was In '70s
Stunning and Rare Images of The 1935 Adler Diplomat 8 Wheels
Beauty Over 100 Years Ago: 35 Stunning Postcards Of Beautiful Girls In Over The World From The 1900s And 1910s
Funny Vintage Postcards Depict People Falling From Donkeys in Le Plessis-Robinson, France, ca. 1900
What Does The Ideal Man Look Like? The Answer May Depend On Where You Live
Travel Photographer Captures Striking Images Of Tiny People In Big Places
Photographer Tracks Down People He Snapped In His Hometown Almost 40 Years Ago To Recreate The Remarkable Images
"Birds Of Britain": Photographer John d Green Captured The Beauties Of London In 'Swinging Sixties'
Couple Replaced 100 Framed Stock Photos At IKEA With Photos Of Themselves
Signs Of Life: Surreal Light-Painting Photography By Eric Paré
Award-Winning Nonprofit Pin-Ups For Vets Is Releasing Its 13th Annual Fundraising Calendar To Raise Money For VA Hospitals
This Set Of Pictures Were Provided By The Dupont Circle Hotel In Washington DC And Dramatically Brought To Life After Colourisation
Jacob Riglin's Travel Photography All Over The Planet Will Amaze You
Someone Is Showing That All Instagram Photos Are Starting To Look The Same And It’s Pretty Freaky
A Man Studied Photography In Prison. These Are The Photos He Took When He Got Out.
Into The Make-Believe World Of Polish Re-Enactors
1960 Ford Spaceliner, a Vehicle That Looks a Bit Like a Spaceship From a Science-Fiction Movie
“Haru and Mina” By Hideaki Hamada
1970s, Francesca Woodman, retro, selfies