Spectacular Winning Images of The 2022 Association of Photographers Awards

Project – Silver – Portrait of a Village 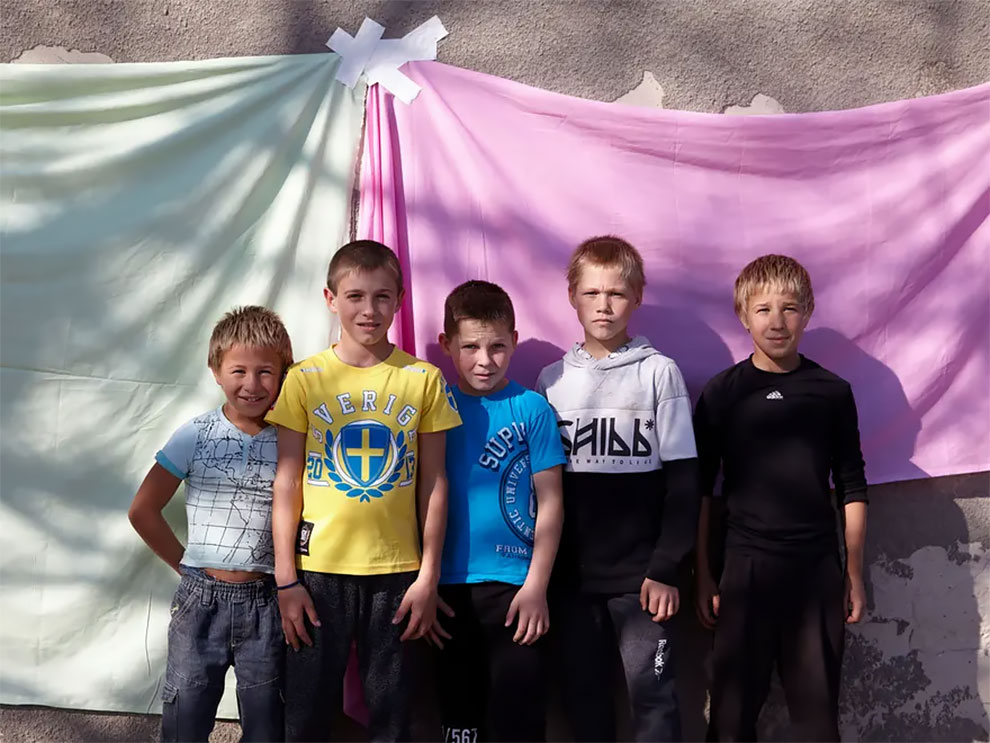 ‘Documenting the Ukrainian village from which my family were taken by Nazis in 1942 – I’m the first of my family to ever go back. The village has witnessed great horrors: epidemics, famines, invasions and murders. The focus was my relief to find such a welcoming and colourful place. A wonderful Ukrainian community that didn’t echo my Black Sea German ancestor’s dark history. The Russian invasion of Ukraine has turned all that on its head. I’m deeply concerned about everyone involved in the project and fear history is repeating itself.’ Photograph: Catherine Losing/c/o AOP

Project – Gold – Looking out from Within 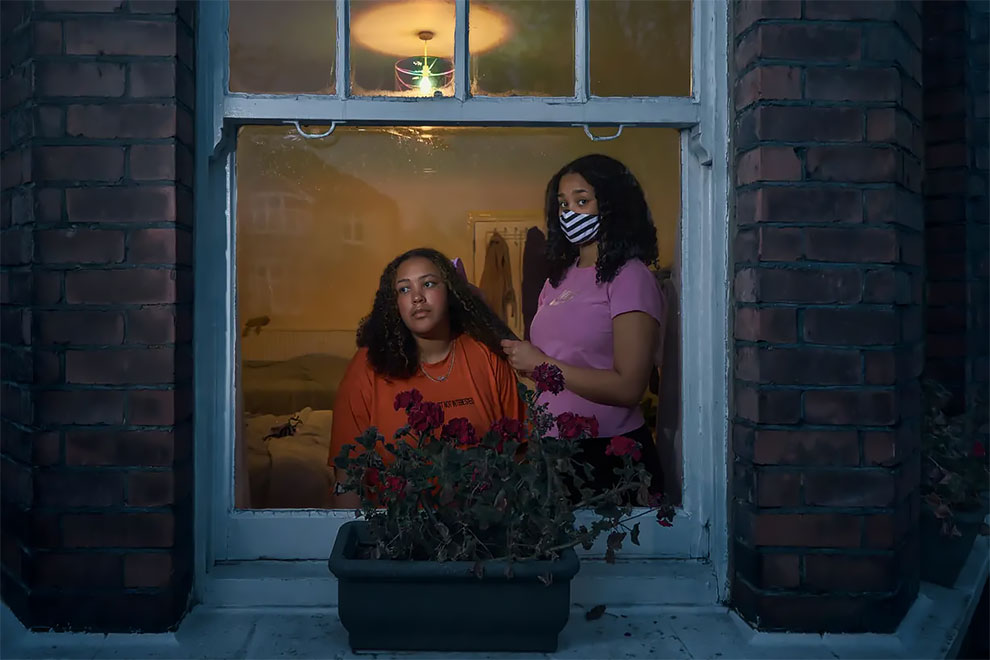 ‘Covid-19 swept around the world and life changed, perhaps for ever. From one day to the next, London, a vibrant exciting city, came to a sudden and emphatic halt. The humming of humanity quietened, and it felt like someone had pressed the pause button on life.’ Photograph: Julia Fullerton-Batten/c/o AOP

Project – Gold – Looking out from Within 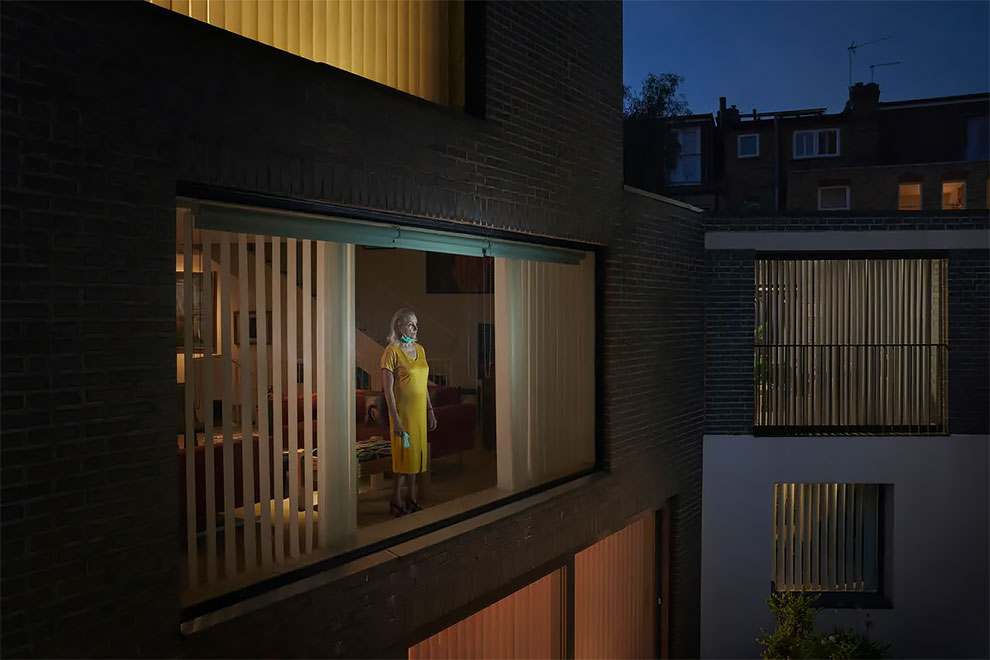 ‘Together but apart, we were all united in limbo.The freedom we had always taken for granted was suddenly removed.’ Photograph: Julia Fullerton-Batten/c/o AOP 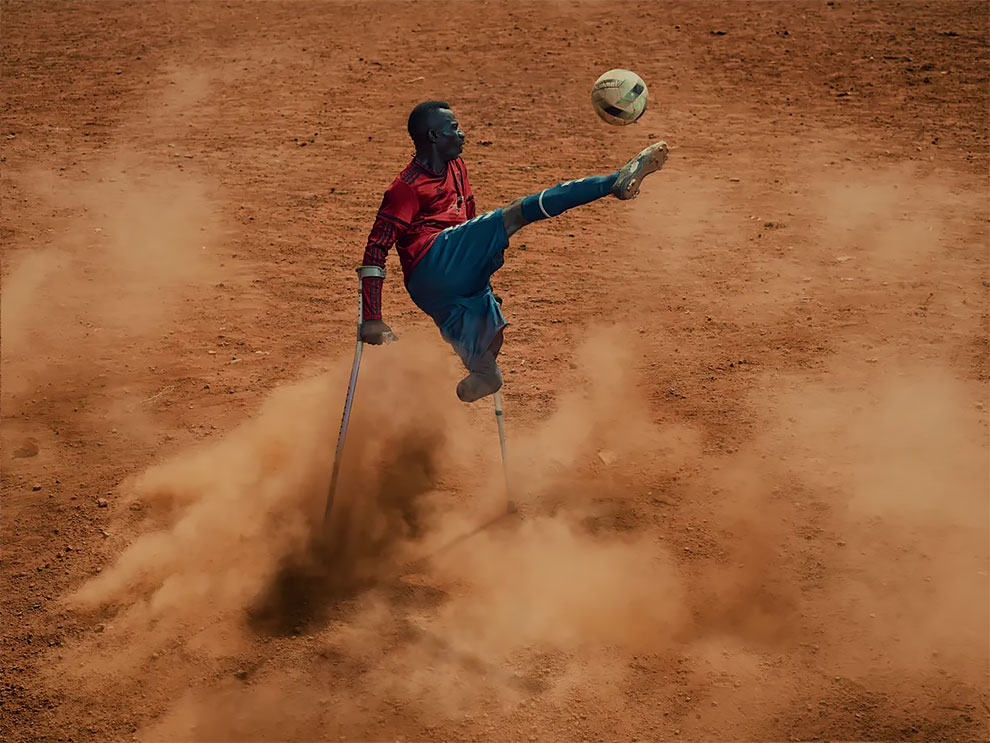 The civil war in Sierra Leone, 1991-2002, killed more than 50,000 people, but also led to thousands of civilians having legs, arms or hands forcibly amputated by rebel soldiers, or losing limbs from landmines and bullets. A group of football teams across Sierra Leone were born out of the adversity of this war. All the players are victims of civil war amputations, and football has brought them happiness, confidence and hope for a better future for disabled people in Sierra Leone. Photograph: Todd Antony/c/o AOP 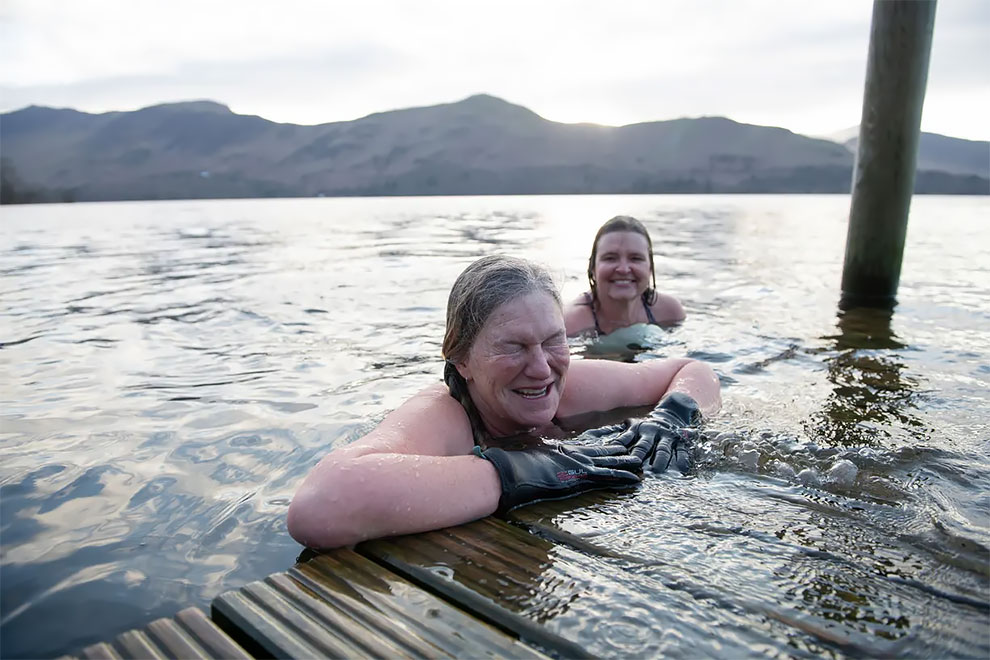 ‘A series exploring how humans are strongest when coming together in the face of adversity. Kindness and the empathy of community is the true healer in hard times. Loneliness, anxiety and uncertainty were widespread during lockdown; simple acts of kindness and friendship were enough to get many people though very hard times. Showing the resilience of (wo)man kind and a crucial link between nature and wellbeing, even survival, bringing to light the importance of freedom, particularly in a world that suddenly lost just that.’ Photograph: Hannah Maule-ffinch/c/o AOP 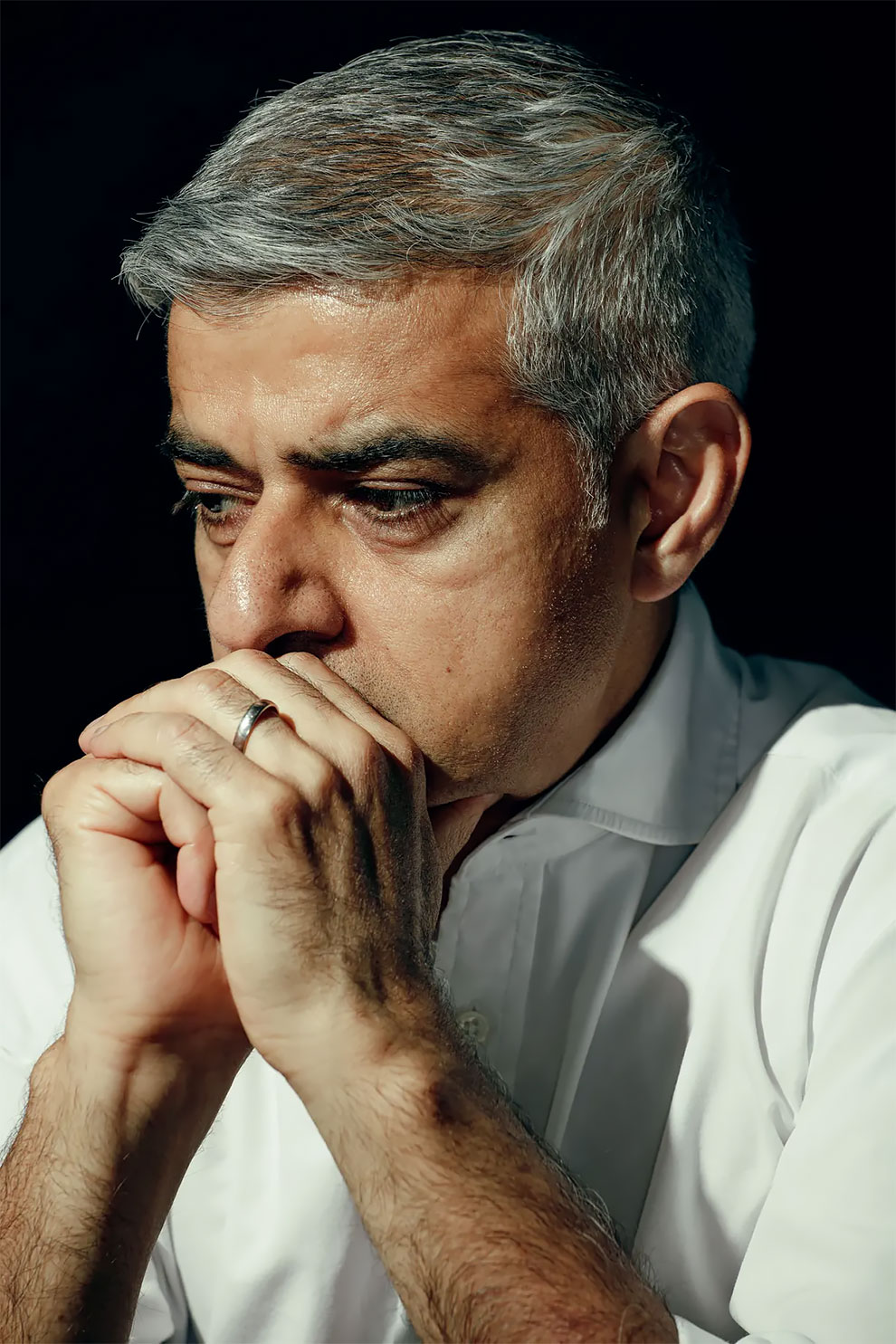 ‘Being a leader is lonely. And I’ve struggled. I should feel confident talking about it. I shouldn’t feel that I’ve got to be this alpha male who demonstrates his virility by being superhuman.’ Sadiq Khan ‘I photographed the mayor of London, Sadiq Khan, for the Sunday Times Magazine straight after the UK’s first lockdown. We had all been through such tough times, it was important to hear a leader talking so openly about that.’ Photograph: Charlie Clift/c/o AOP 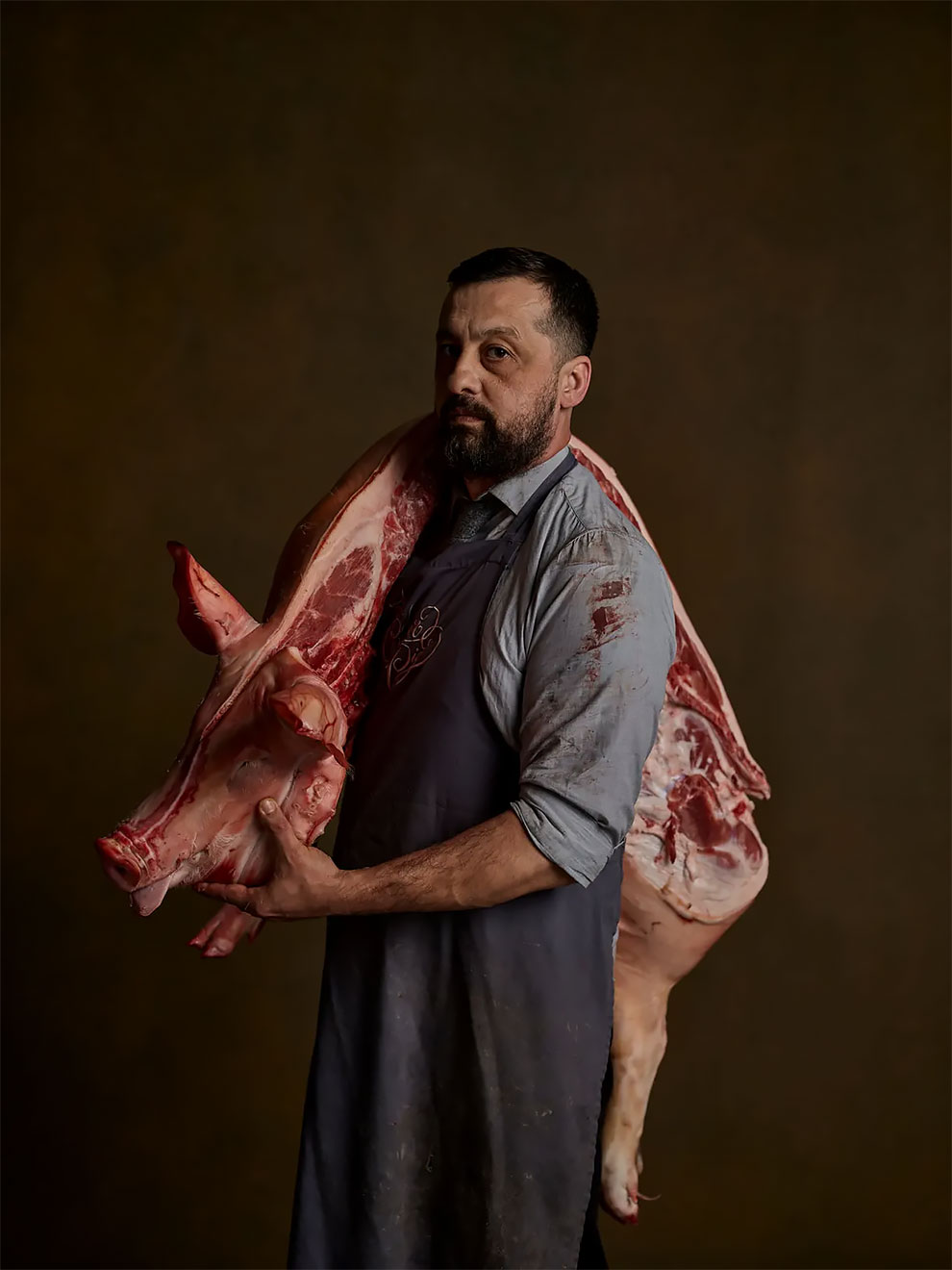 ‘Made for a commission by Ginger Pig, to capture realistic portraits of their butchers. Gino, a highly experienced Lithuanian butcher, carries a pig carcass over his shoulders. He holds the considerable weight of the animal with great care, whilst maintaining a direct gaze with the camera, bringing a sense of dignity and stoicism in his stance and expression. The idea was to celebrate butchery without shying away from the realities of meat production. Gino was captured after coming straight from a morning shift behind the counter.’ Photograph: Orlando Gili/c/o AOP 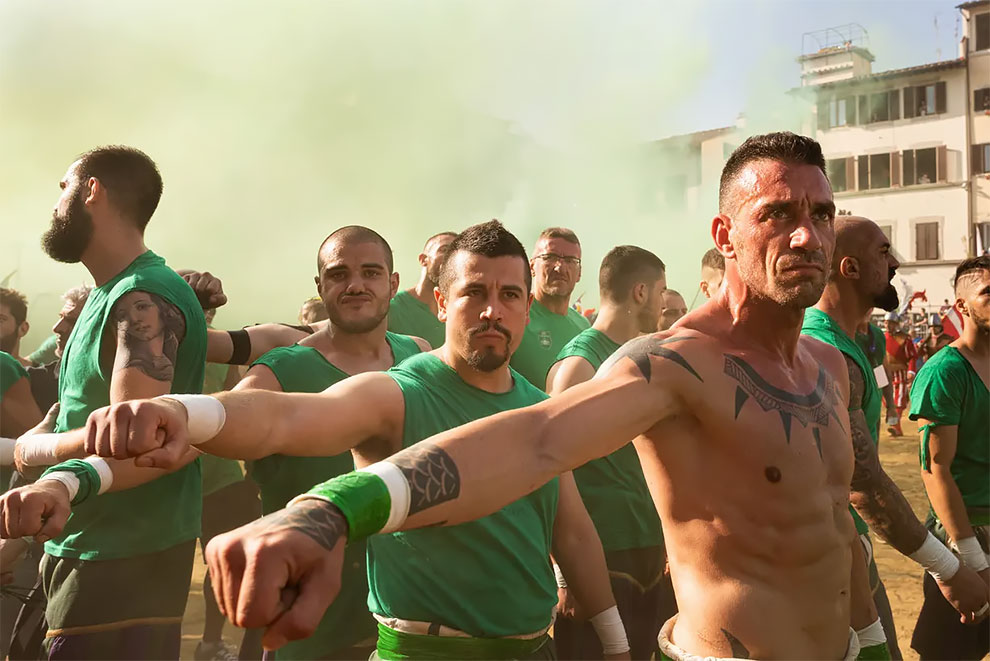 A game fought between the four districts of Florence, Italy, every year. Twenty-Seven men in each team play a 50-minute game. There are two semifinals on the third weekend in June and then the final, on 24 June, La Festa di San Giovanni (the feast of John the Baptist). The game has been played since the 16th century in the Piazza Santa Croce. Passions run high. They do it for the love of their districts. No money is involved. The rules are no sucker punches and only one-on-one fighting but apart from this pretty much anything goes. Photograph: Stephen Ambrose/c/o AOP 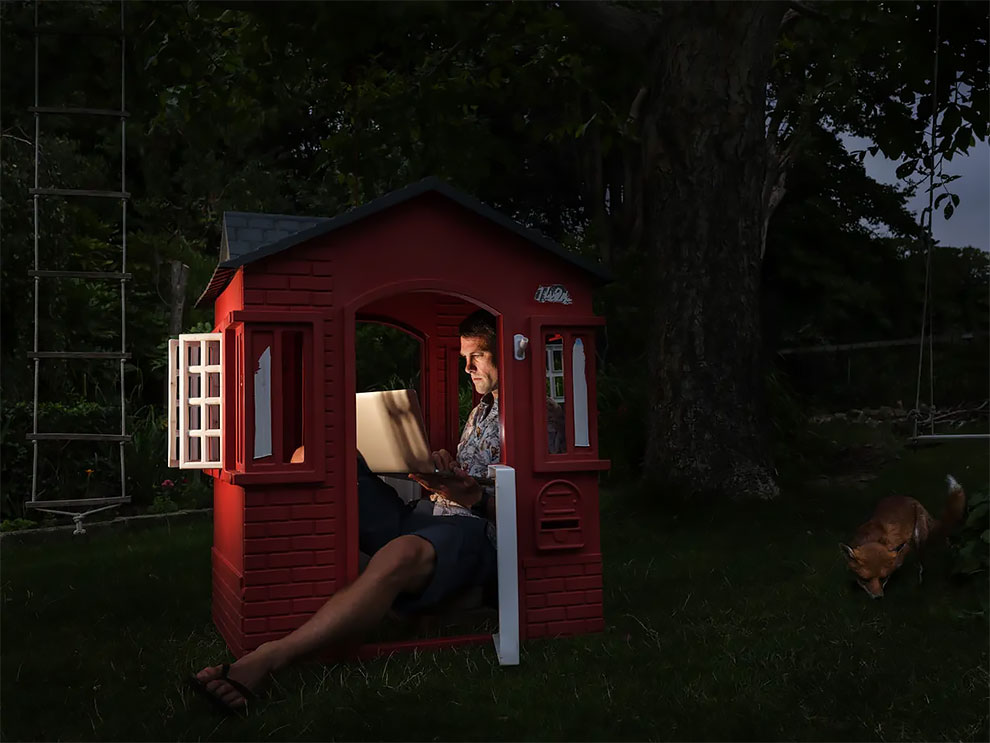 ‘Taken from a personal project photographed in between the first and second lockdown, I wanted to create a series of images that focused on the positive outcomes of the pandemic such as working from home, celebrating our human ingenuity and our ability to adapt.’ Photograph: Igor Emmerich/c/o AOP 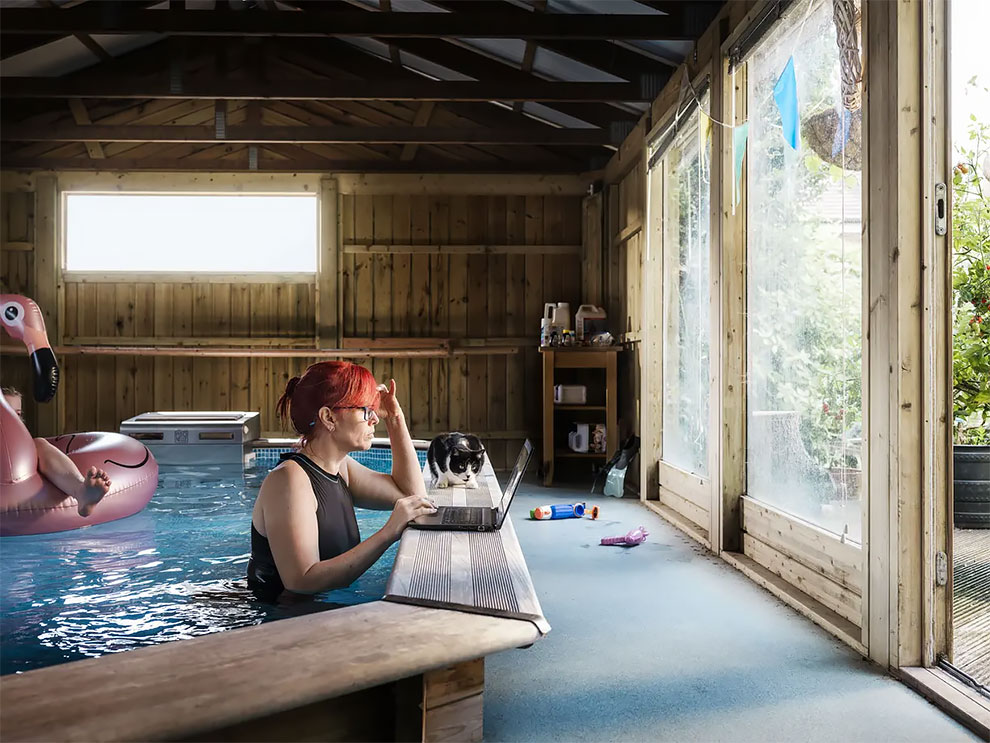 ‘The people in the shots are all friends, I came up with the idea after hearing their stories on the challenges of working from home, tackling home schooling, endless Zoom calls, finding somewhere quiet to fire some emails… It was a chaotic time. However, I decided to make the compositions very calm and balanced, bringing the sense of total harmony which we were all striving for.’ Photograph: Igor Emmerich/c/o AOP 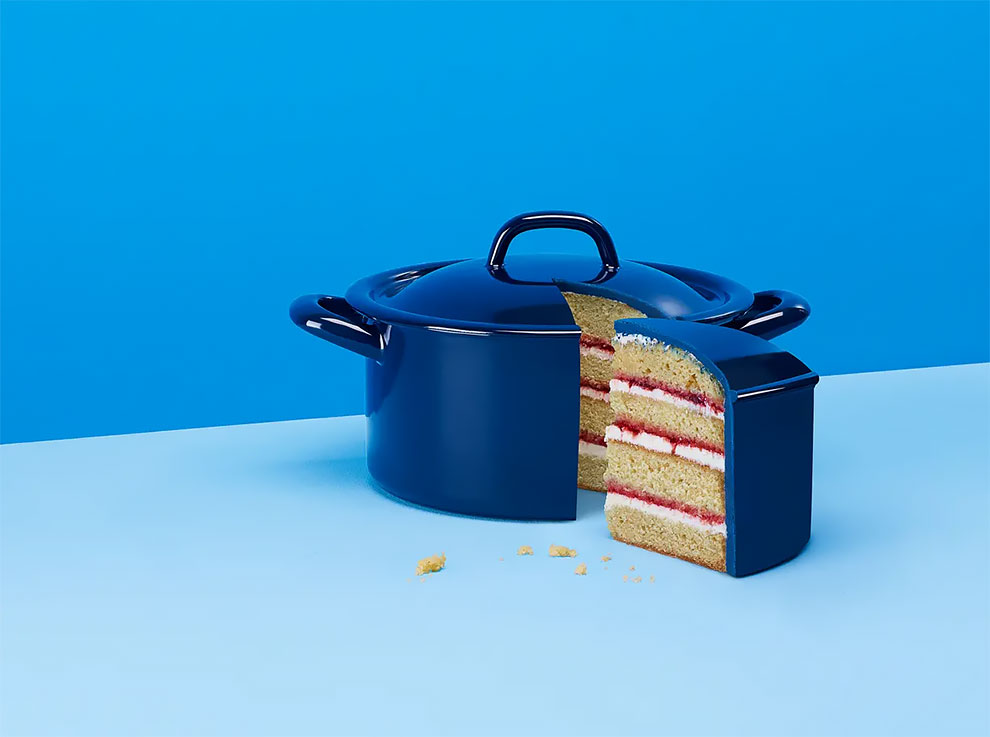 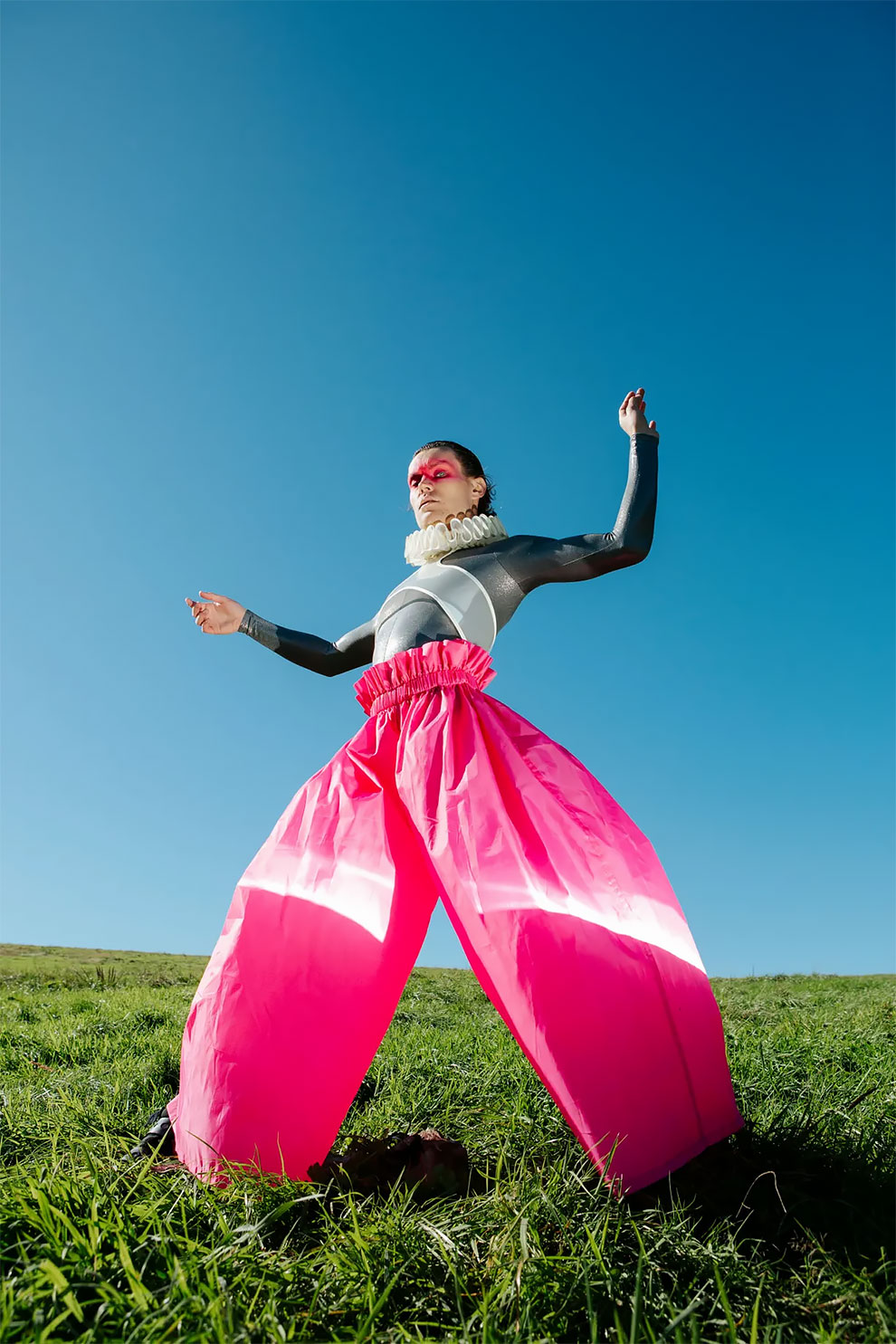 “I was very clear I wanted to be outdoors, to use a lot of the light that was reflective and have the intensity of the sunlight, and be in a natural landscape, so there would be blues and greens.” Photograph: Rocio Chacon/c/o AOP 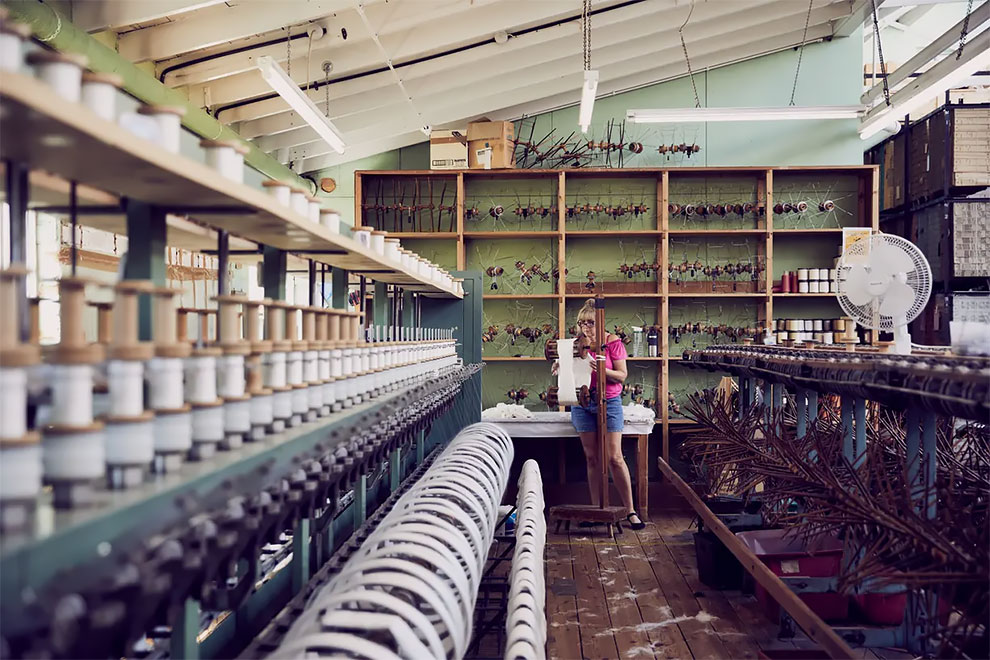 A short film made at the Gainsborough Mill, following the processes from the dye-house to winding, warping and weaving.
Photograph: Alun Callender/c/o AOP 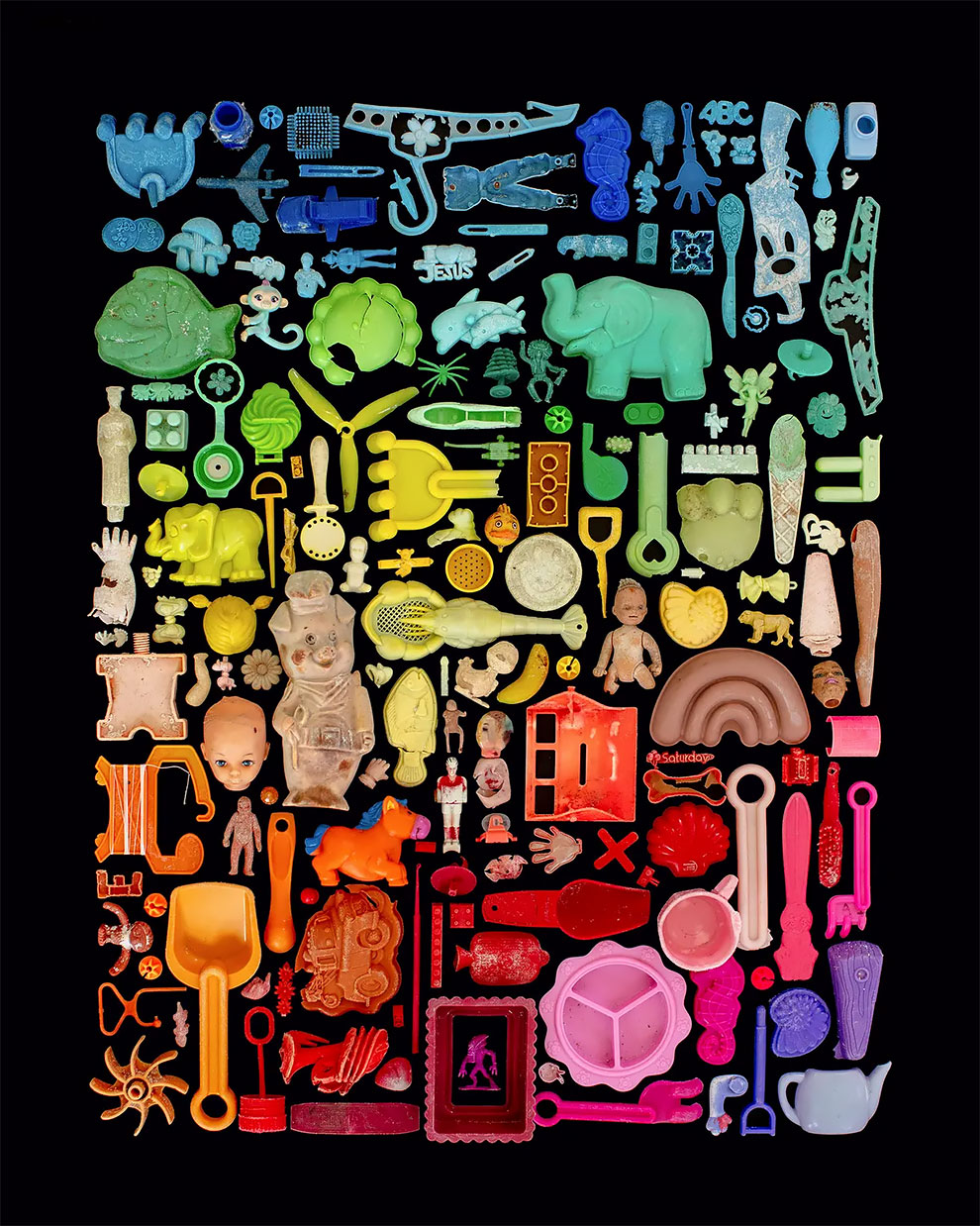 A series of images created from arrangements of ocean plastic collected on the beaches of Bermuda. Tragically there is no shortage of materials as humanity is facing a potentially catastrophic situation where there is more discarded plastic than fish in our oceans. Photograph: Meredith Andrews/c/o AOP 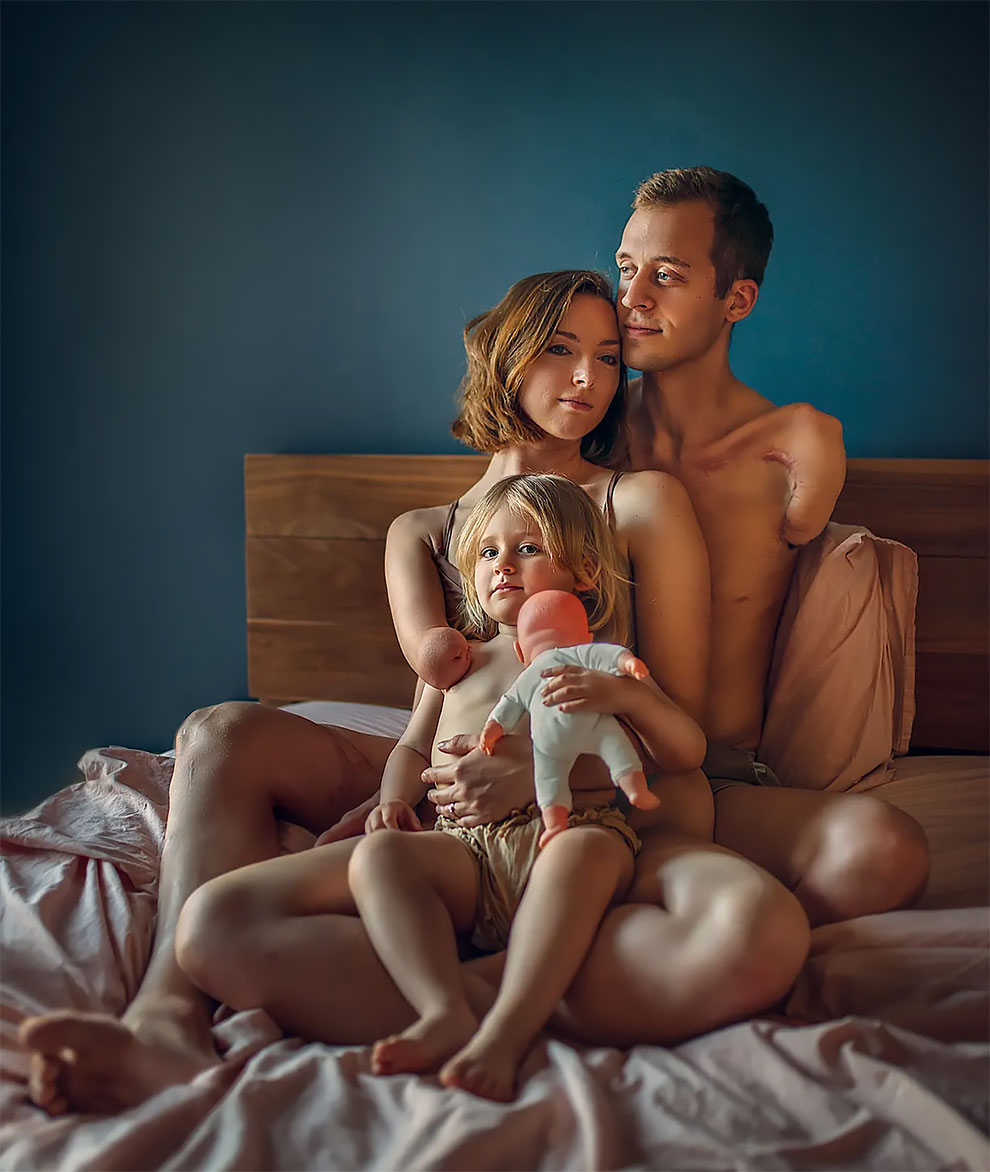 ‘I lost my mother a little before Covid struck. Photography was my way of recreating the magic of childhood through visual narratives. However, after losing my mother, it felt like I lost my voice, and it took me a year of internal dialogue to find my visual language. I am honouring the free spirit of my mother despite her growing up amid a society deeply influenced by patriarchy and binary stereotypes, but also reimagining humanity and moving beyond the footprints of a world where majority is synonymous with normal.’ Photograph: Sujata Setia/c/o AOP 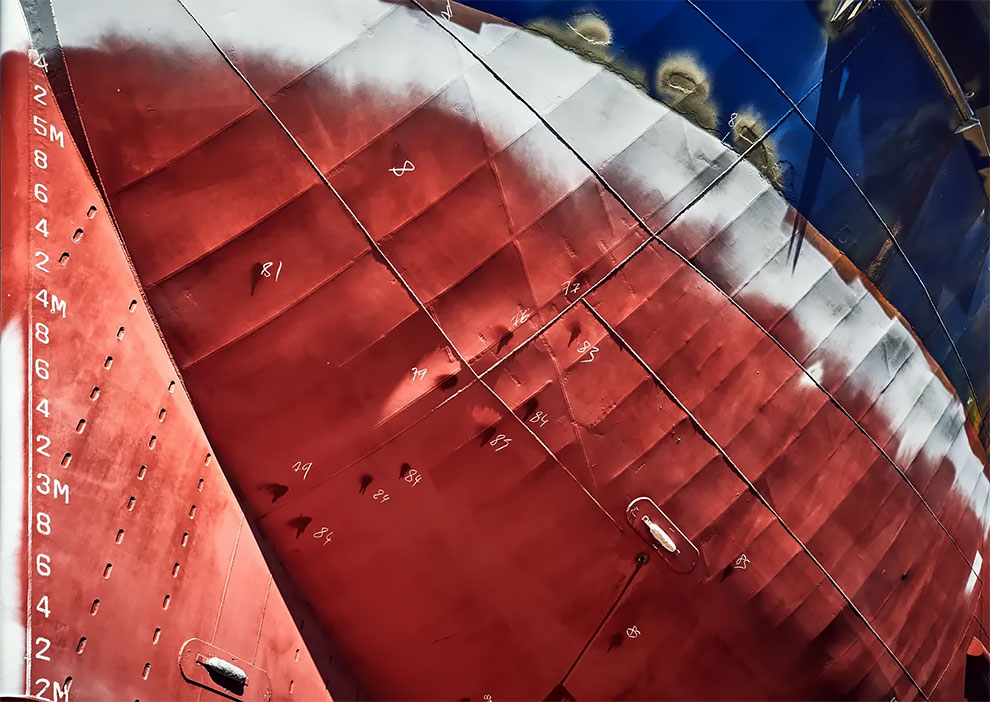 ‘The image was shot at Imperial Dry Dock Shipyard in Edinburgh. This ship was having work on its hull sitting in the drained dry dock. It’s very rare that we get to see the hull of a large ship due to the time it spends in water. This viewpoint struck me for the structure and scale of the ship … a scale that is literally painted on the stern showing the depth of the waterline. It contrasts nicely with the handwritten numbers used to identify areas for repair.’
Photograph: Robert Wilson/c/o AOP 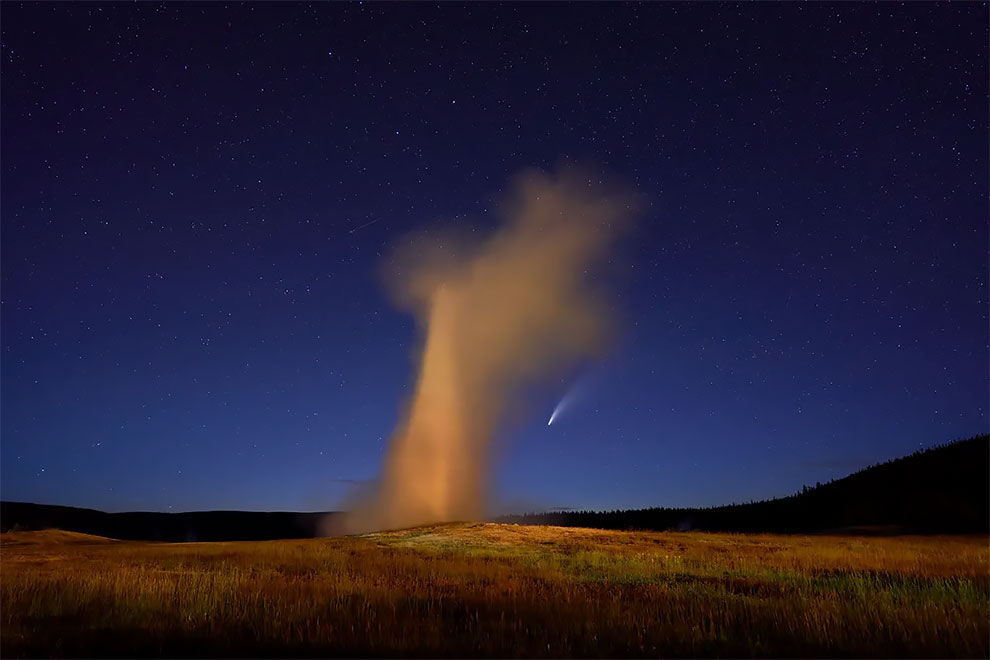 Old Faithful has been photographed many times. In an attempt to make a different image of it I photographed it at night while the Comet Neowise was in the sky. Photograph: Tony Gale/c/o AOP 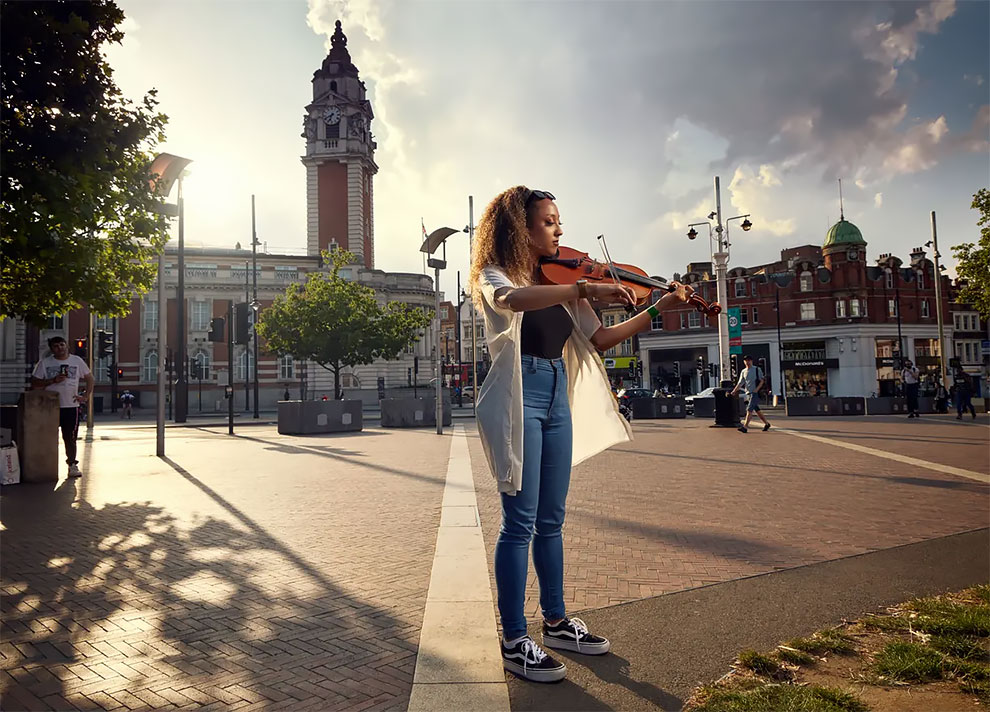 ‘A local of 17 years myself, I photographed Brixton Chamber Orchestra’s diverse, characterful group of young, classically trained musicians – many local – in a series of portraits that aimed to showcase both them and a vibrant, modern Brixton, while sensitively tracing connections to local history.’ Photograph: Michael Wharley/c/o AOP 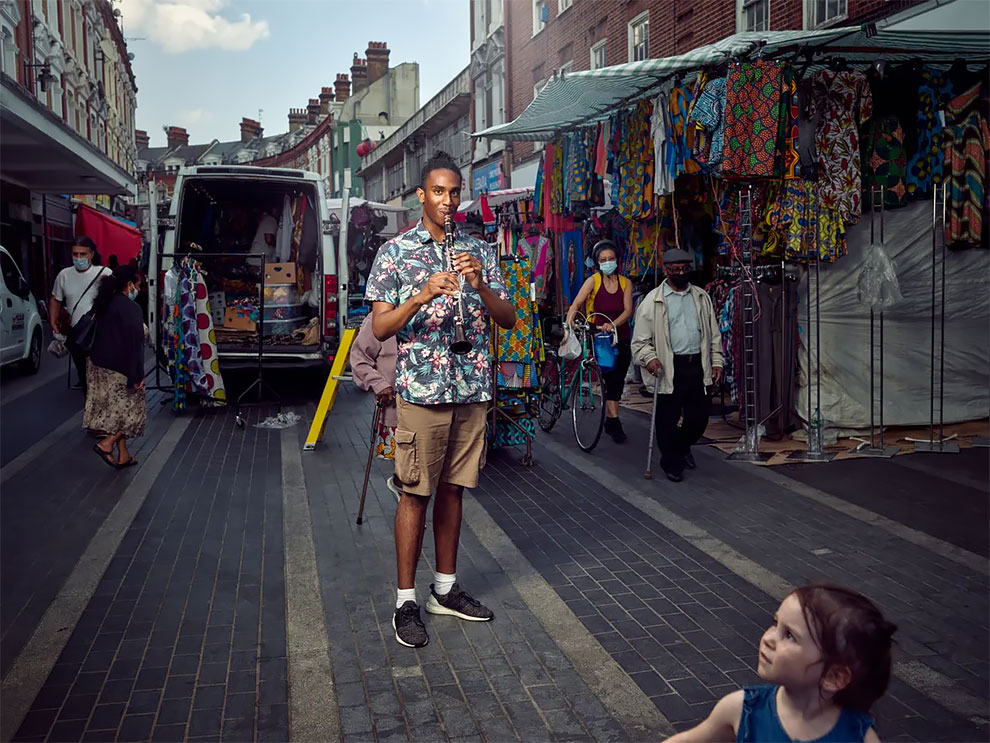 ’I wanted to create elegant portraits of music being made in non-traditional local spaces that also showed those places in a rich, full detail revealing them in a new light. And through a sensitive choice of setting to explore BCO‘s place at the heart of positive change in the area.’ Photograph: Michael Wharley/c/o AOP

Honest Photos That Show What Veterans Look Like After A Decade Of War In The Middle East
Cheerful Photos of Teenage Girls in the 1940s
Daily Life of a Gamer's Girlfriend
Catholic School Characters By David Stoker
"Re-Enact Russia": Bringing Past Into The Present
Inside the Google's Headquarter in Zurich, Switzerland
Gloomy Pripyat Shown By Romanian Photographer Cristian Lipovan
Albino Twins From Brazil Are Challenging The Fashion Industry With Their Unique Beauty
The Most Epic Entries From The 2016 National Beard And Moustache Competition
These Adventurous Maternity Photos Were Shot At Home With Fruit And Veggies
No, This Is Not Skyrim, This Is Czech Prachov Rocks In Bohemian Paradise
Marvelous Female Portrait Photography By Katarzyna Markiewicz
Couple Travel To Iceland With A Full Crew For Pre-Wedding Shoot Atop Volcanic Rocks And Glaciers
Dutch Impressionist Painter George Hendrik Breitner Took His Camera Onto The Streets Of Amsterdam In The 1890s
Japanese Photographer Spends His Life Shooting Women's Thighs
Breathtaking Underwater Photograhy By Tim Davis
See The Stunning Shots That Won This Year’s Dronestagram Competition
2013 Pictures of the Year from Agence France Presse
Czech-Born Architect And Photographer Jan Vranovsky Captures Fascinating Minimalist Images Of Japanese Urban Spaces
"Terminal City": Extraordinary Photos Of Vancouver 1972-1982
September 10-11: These Days In Photos From The Past
1920s Fashion Through The Lens Of Police Mugshots
This Photographer Lets Us See the Less Glamorous Side of His Polished Photos
Early 1900s Portrait Studio Used Cuddly Cat As Adorable Prop
awards, contest, winners