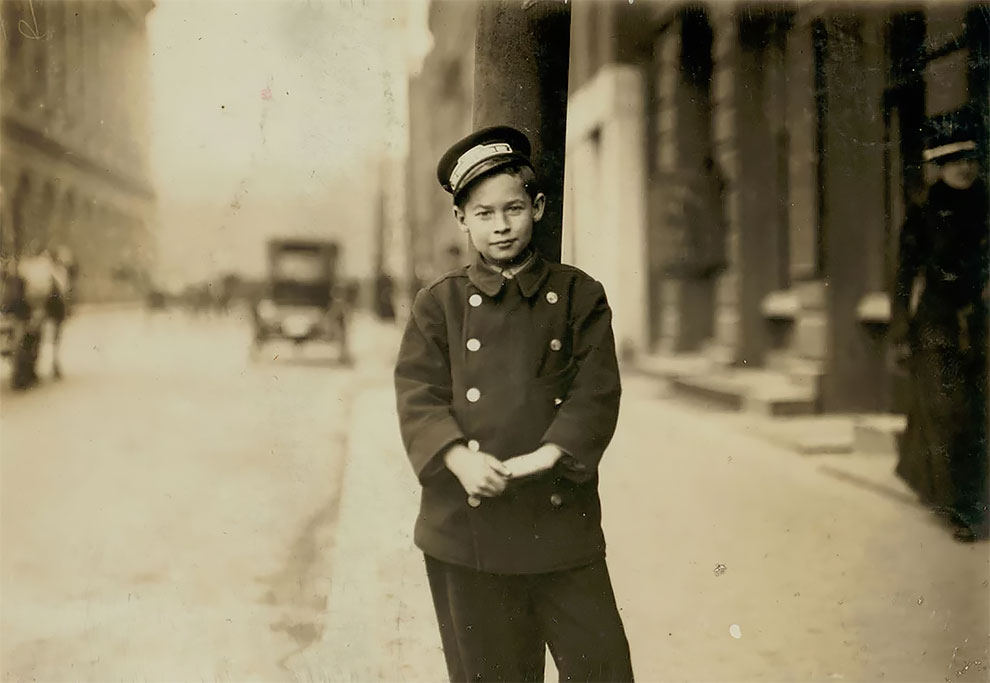 Working as an investigative photographer for the National Child Labor Committee, Lewis Hine documented the working and living conditions of children in American cities between 1908 and 1924 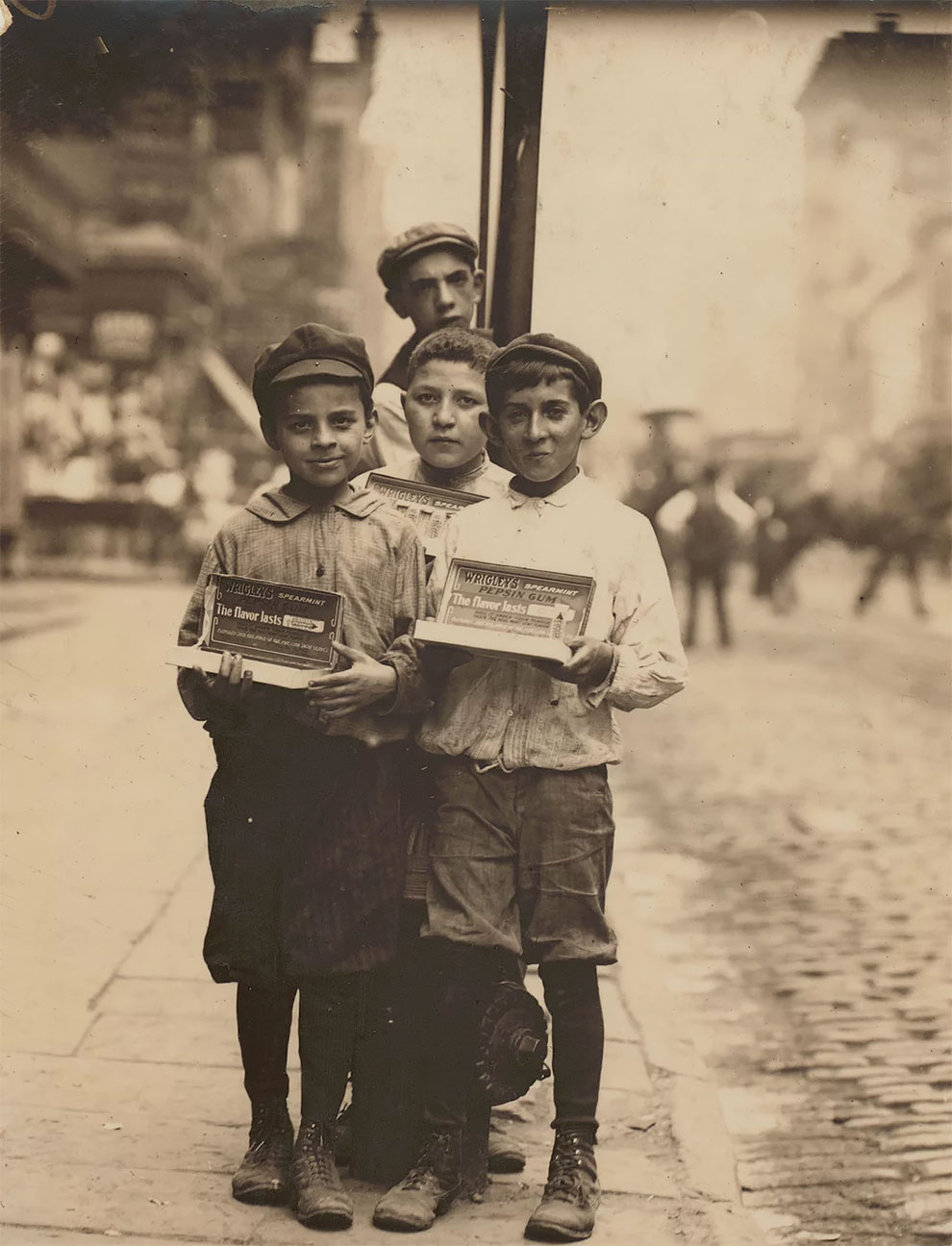 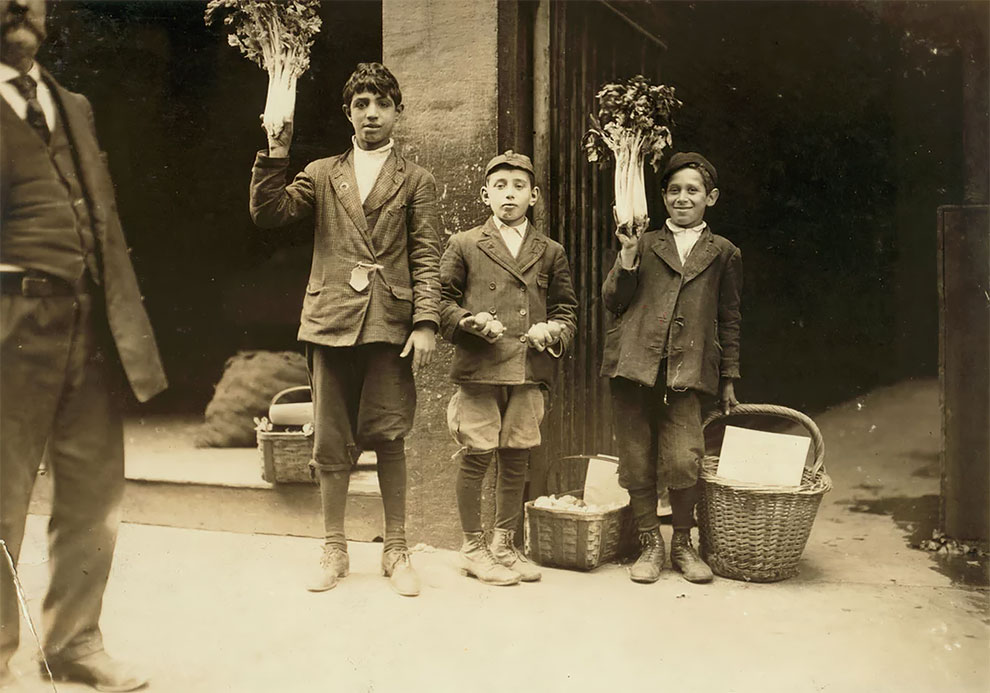 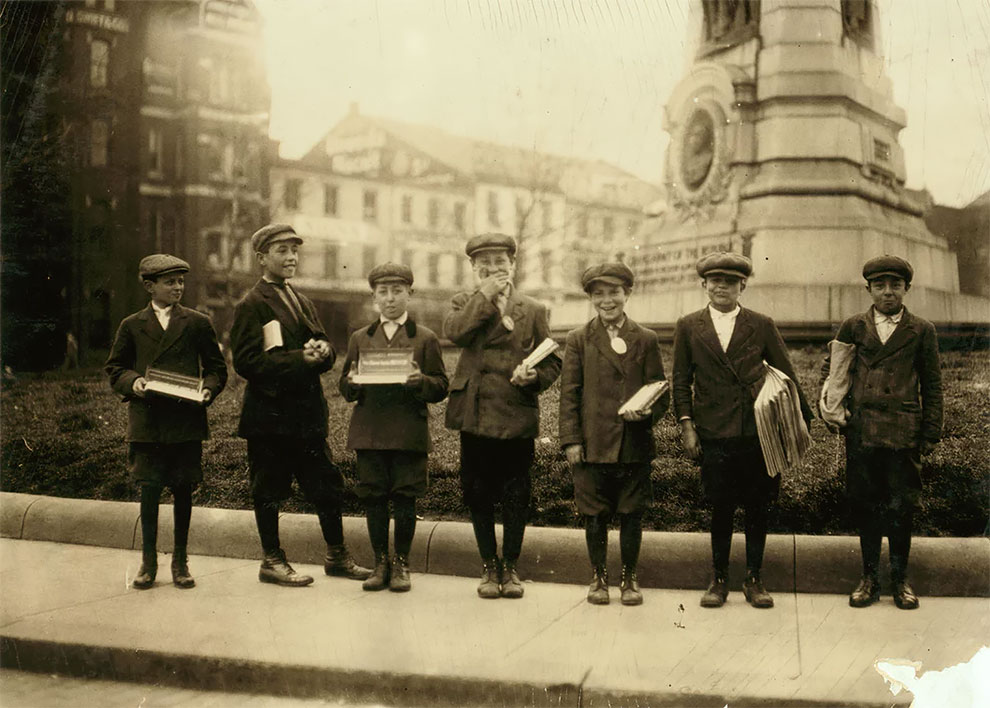 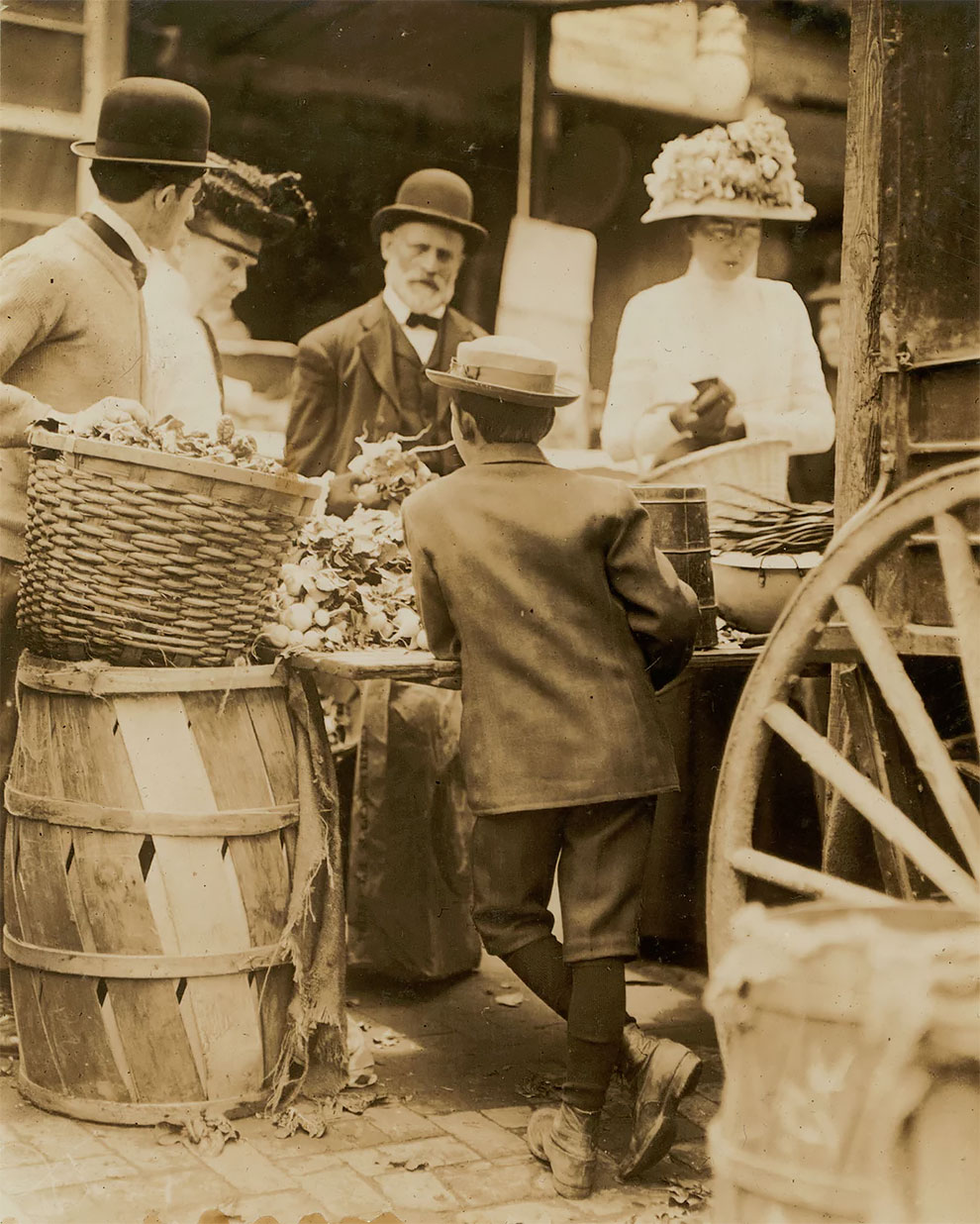 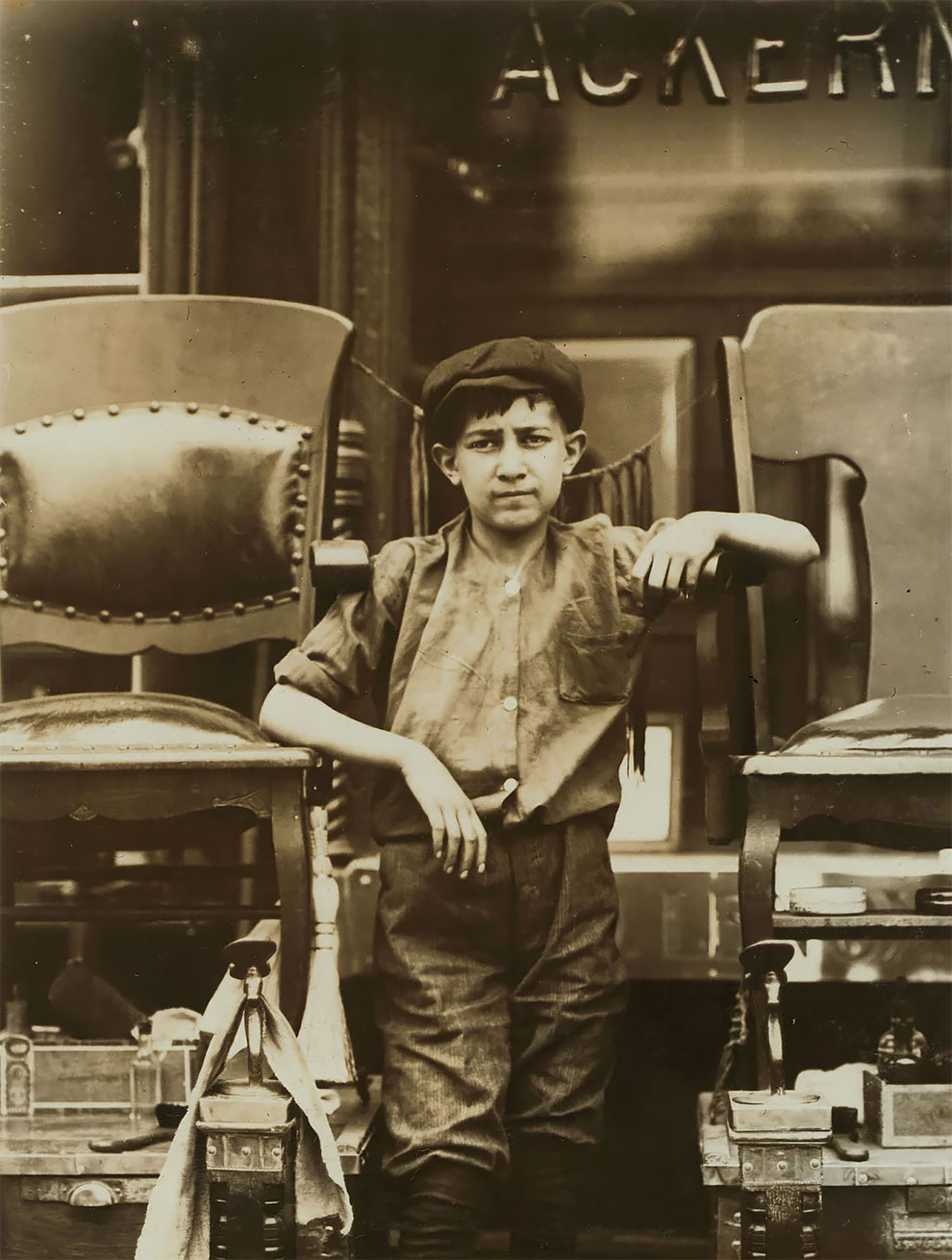 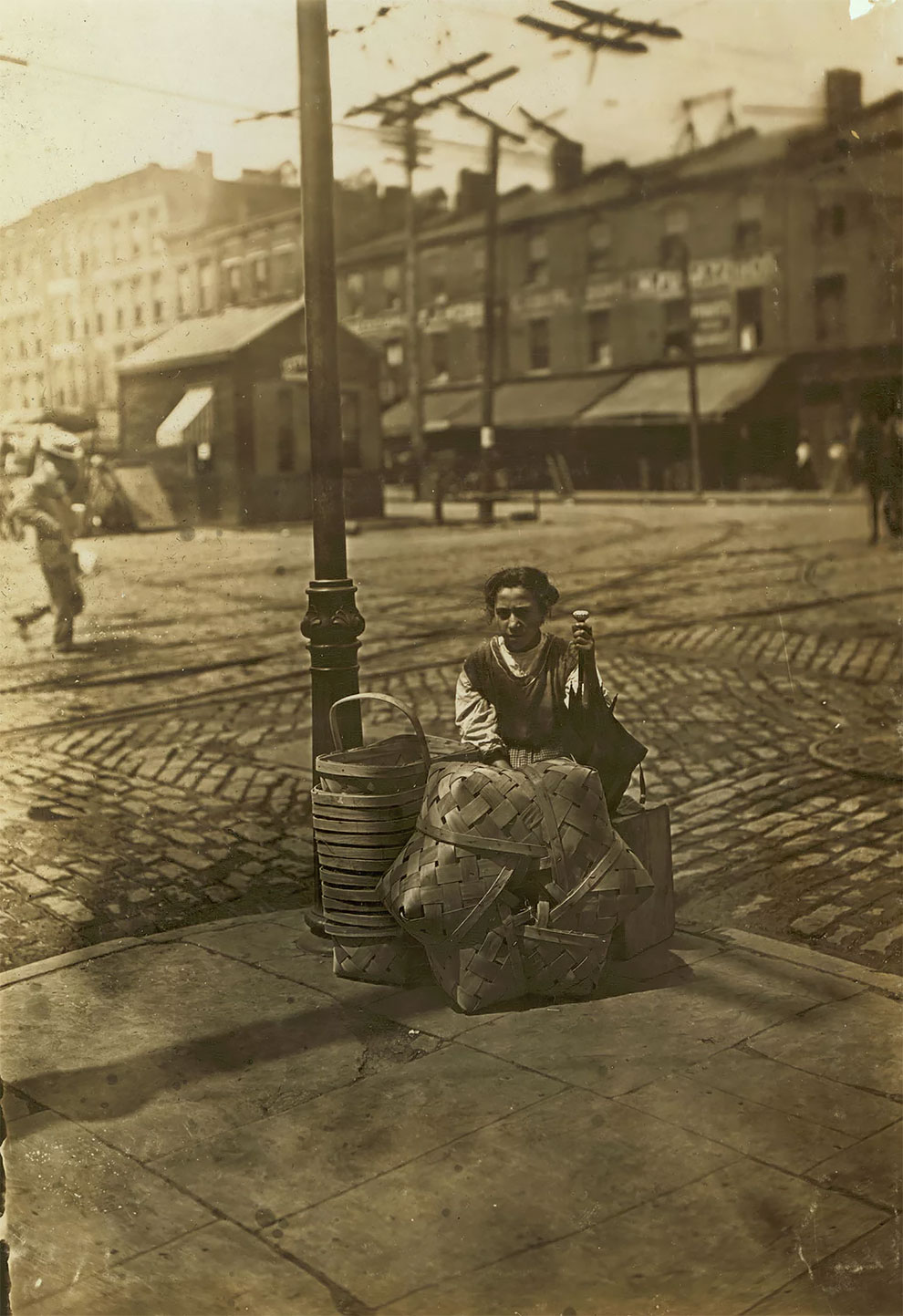 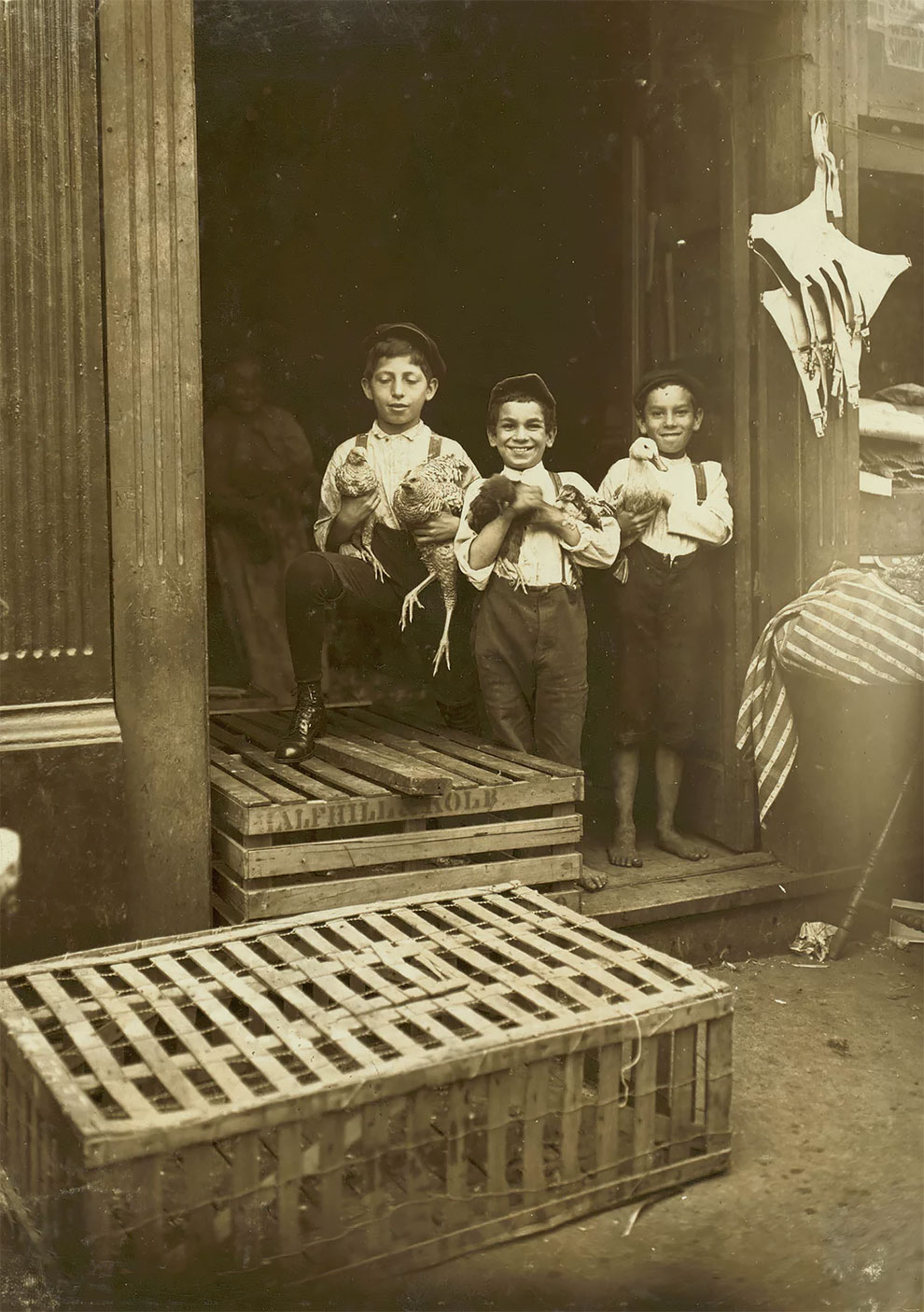 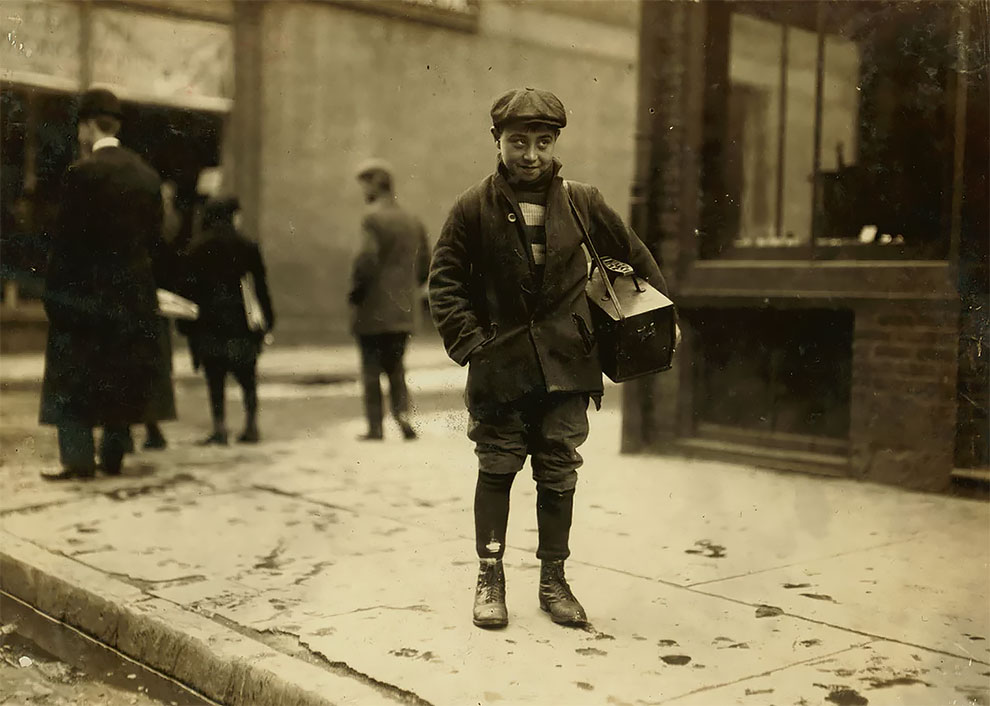 Courier, Houston, Texas, 1913. Marion Davis, 14, working for the Bellevue Messenger Service. ‘Been a messenger off and on for two years. Not supposed to go to the Reservation under 16 years, but I do just the same. The boss don’t care and the cops don’t stop me.’ 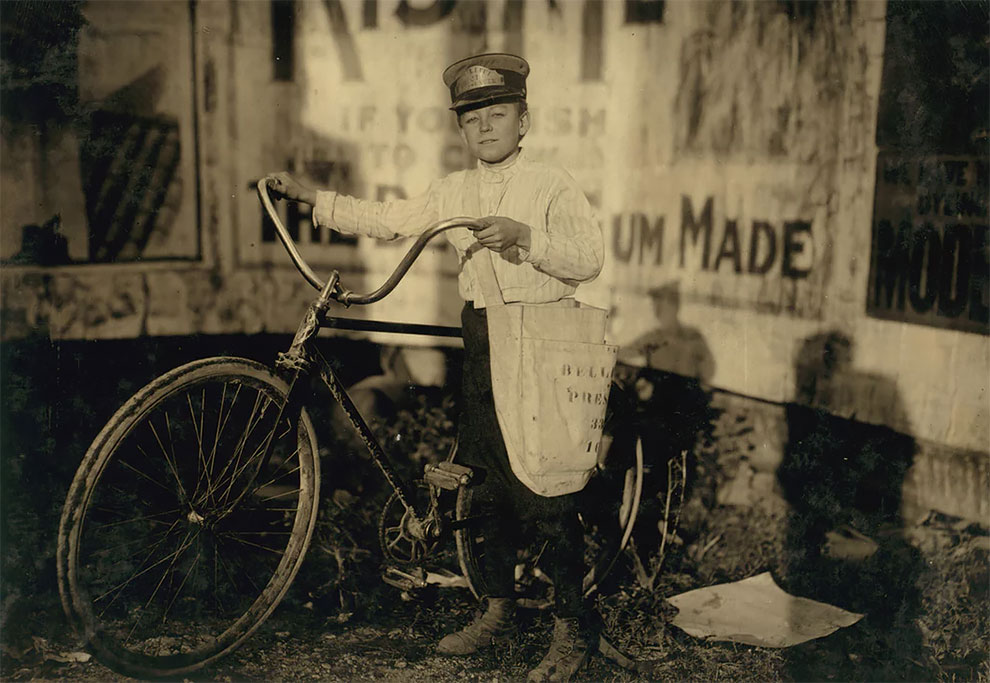 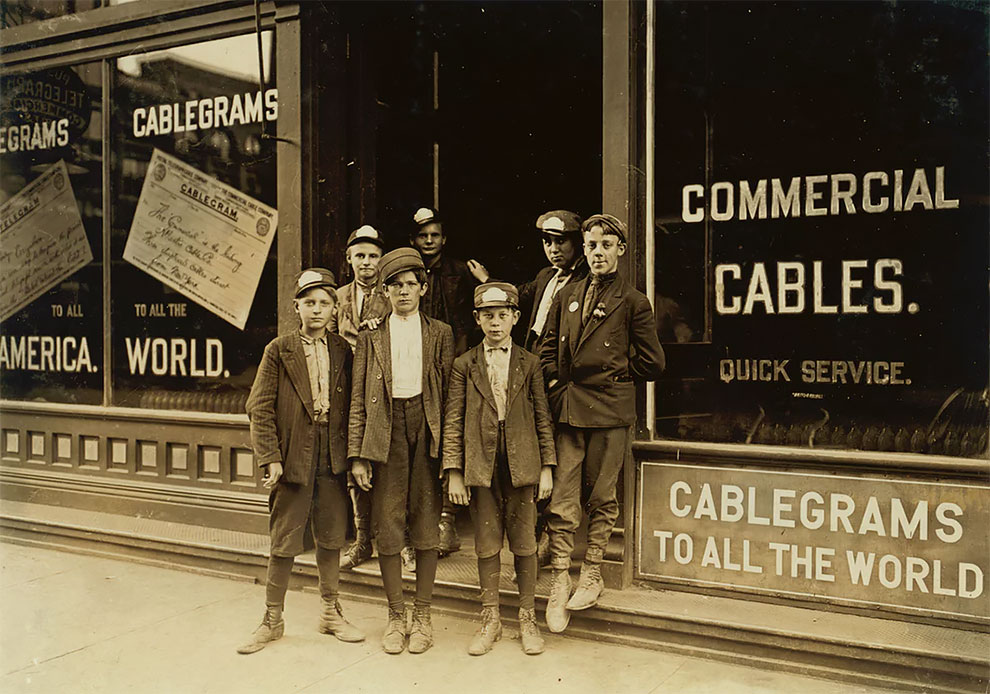 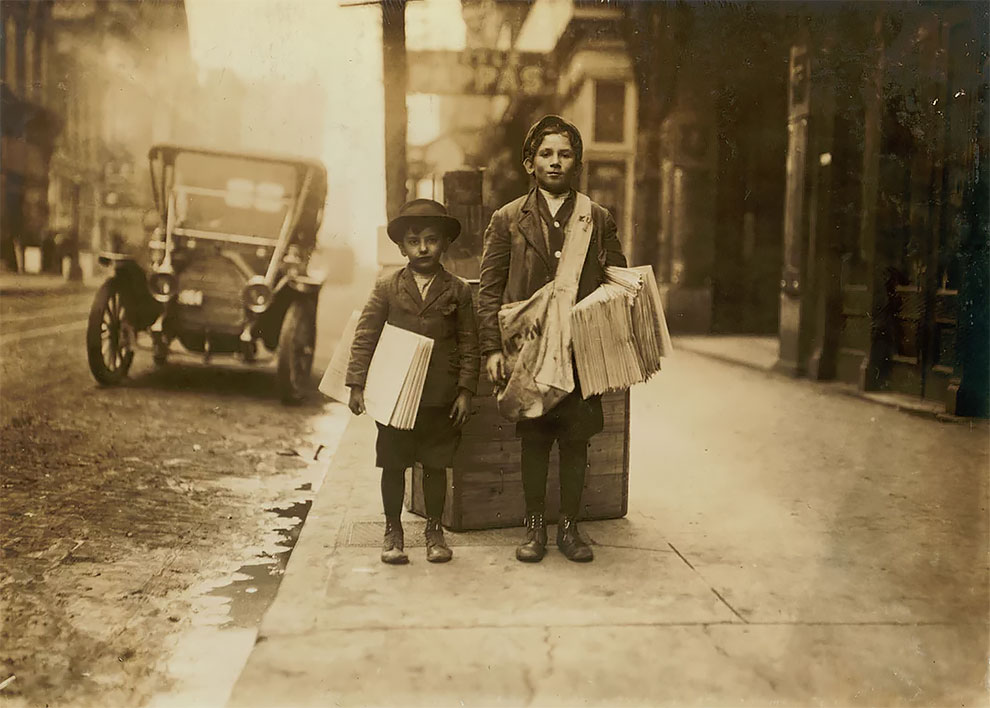 Bootblack and newsboy, Providence, 1912. Stanley Steiner, the bootblack, aged 10, sold until 1am. Jacob Botvin, the other newsboy, aged 13 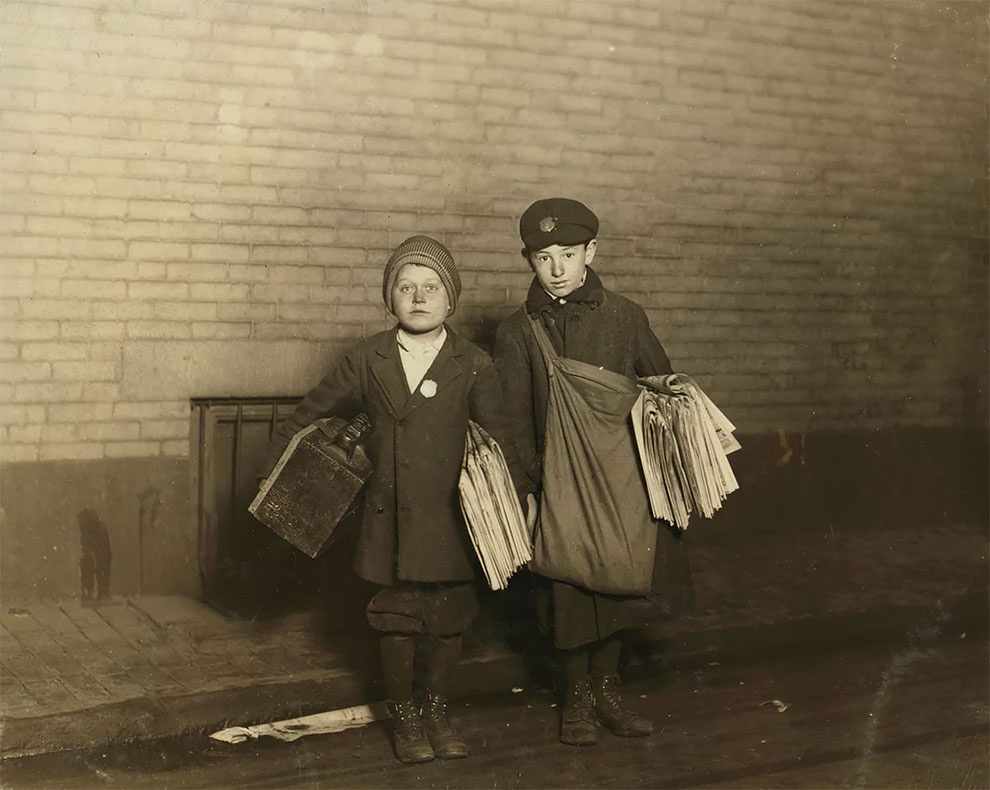