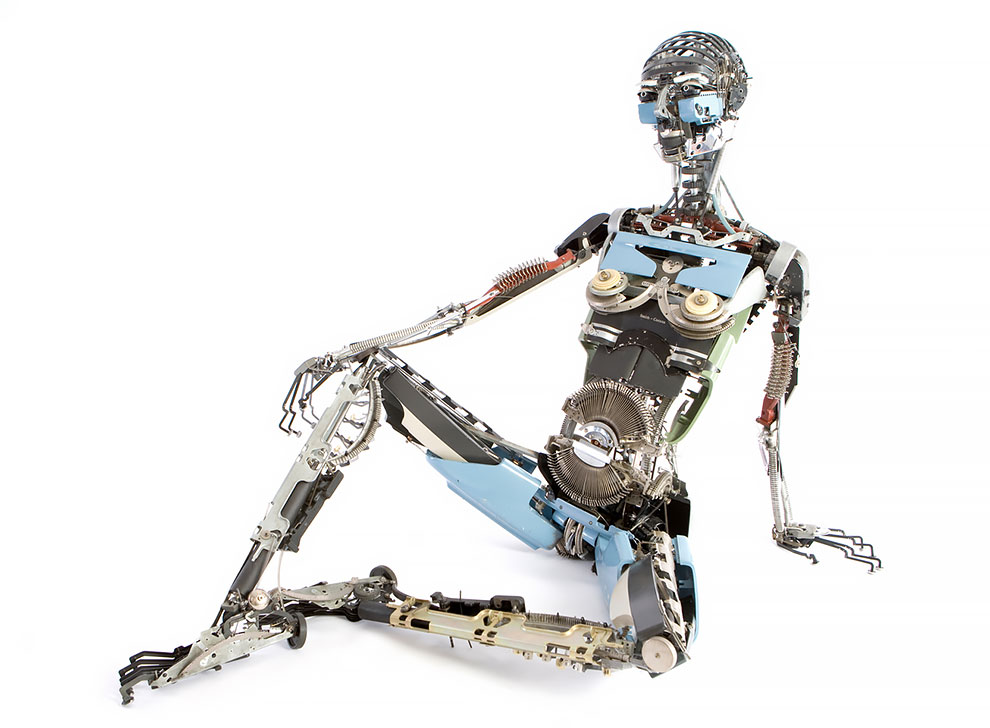 His interest in vivisecting the typewriter goes back to the age of 10, when he would type on his family’s 1920’s Underwood typewriter while typing song lyrics he heard while watching MTV. He began making sculpture from typewriters in 1994.

He maintains that his work as a mechanic, package designer, sculptor’s assistant, illustrator, and stained glass restorer gave him the skillset that organically led him to use typewriters as a sculptural medium in order to bring his ruminations about nature and technology to life. 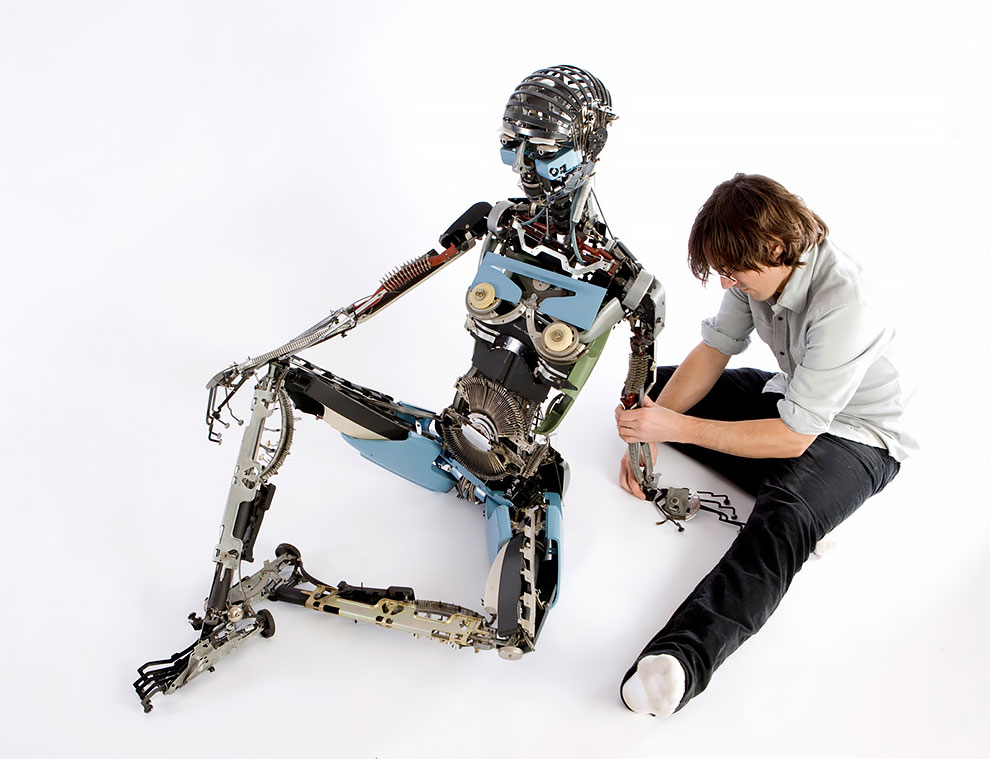 His process has some very specific rules, which he says create surprising and unexpected outcomes; one of the reasons that he’s done this work for over 25 years.

Typewriters are sourced from yard sales, thrift shops, and sometimes from typewriter repair shops. Mayer prefers machines that are fairly common, beyond reasonable repair, and in the most favorable scenario, on their way to the landfill. He doesn’t source them online, as he finds that there are plenty of broken machines nearby for his needs. Shipping and driving long distances for source material are antithetical to his ideas about maintaining a minimal environmental impact as an artist and human. 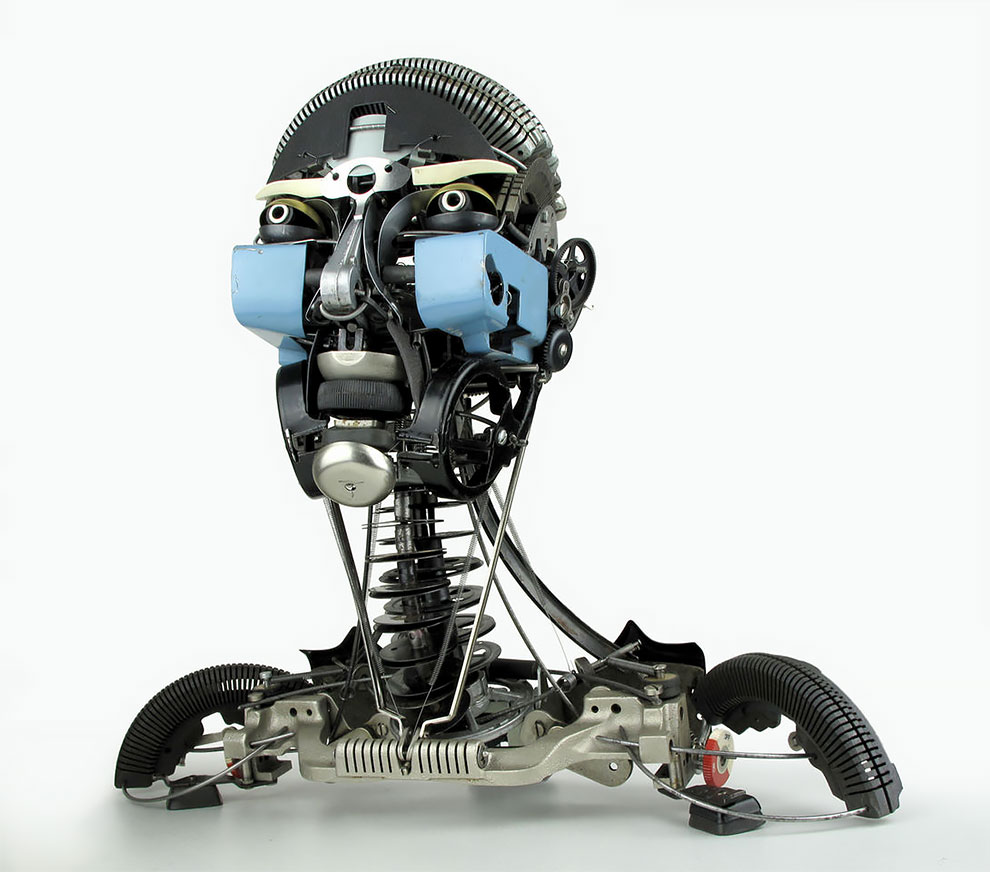 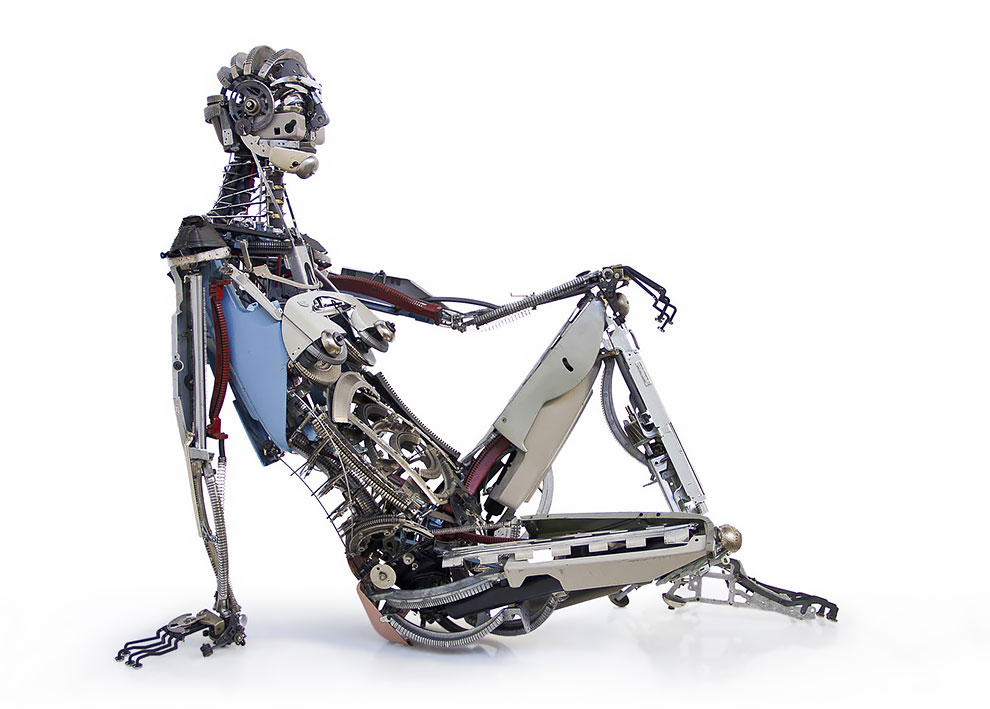 The machines are then disassembled, sometimes to their very smallest components and assemblies. It’s important that the parts don’t become marred, scratched, or broken in the disassembly process, so no power tools are used. Just screwdrivers, wrenches, pliers, etc.

The parts are then categorized and put into bins and sometimes unused typewriter cases, then stored. 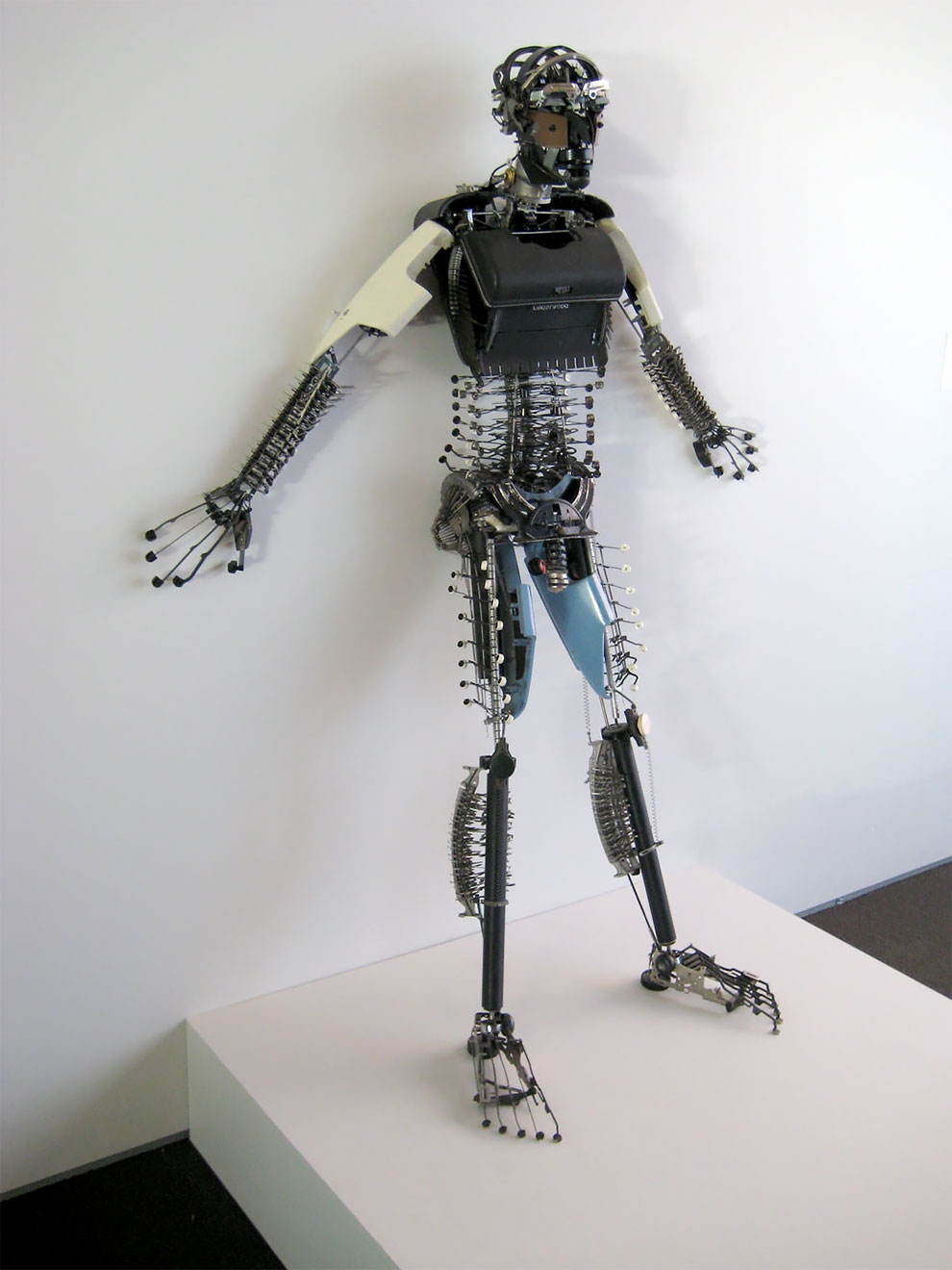 In making these sculptures, no process other than cold assembly is used. Welding, soldering, and gluing are too destructive to the finish and fit of the typewriter components. Only the screws, nuts, pins, springs, and other myriad connective elements that come out of the typewriter are used in the assembly of the sculpture, in ways that emulate the assembly methods used when the typewriters were originally built in the 20th century. The components are bent, drilled, or altered as minimally as possible. 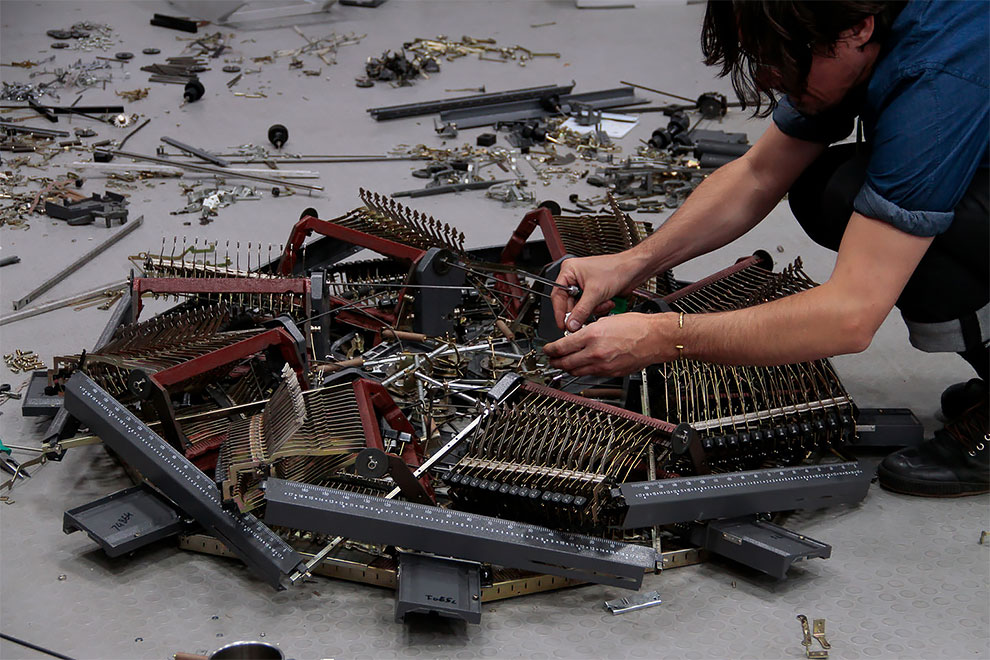 For larger work, an armature may be used to support the weight of the work, but the smaller sculptures are entirely made from typewriters, without using any store-bought fasteners.

Mayer draws inspiration from the basic rules to which natural forms are bound, and insists that the appearance and function of machine components are inseparable from naturally occurring biological processes at all scales. 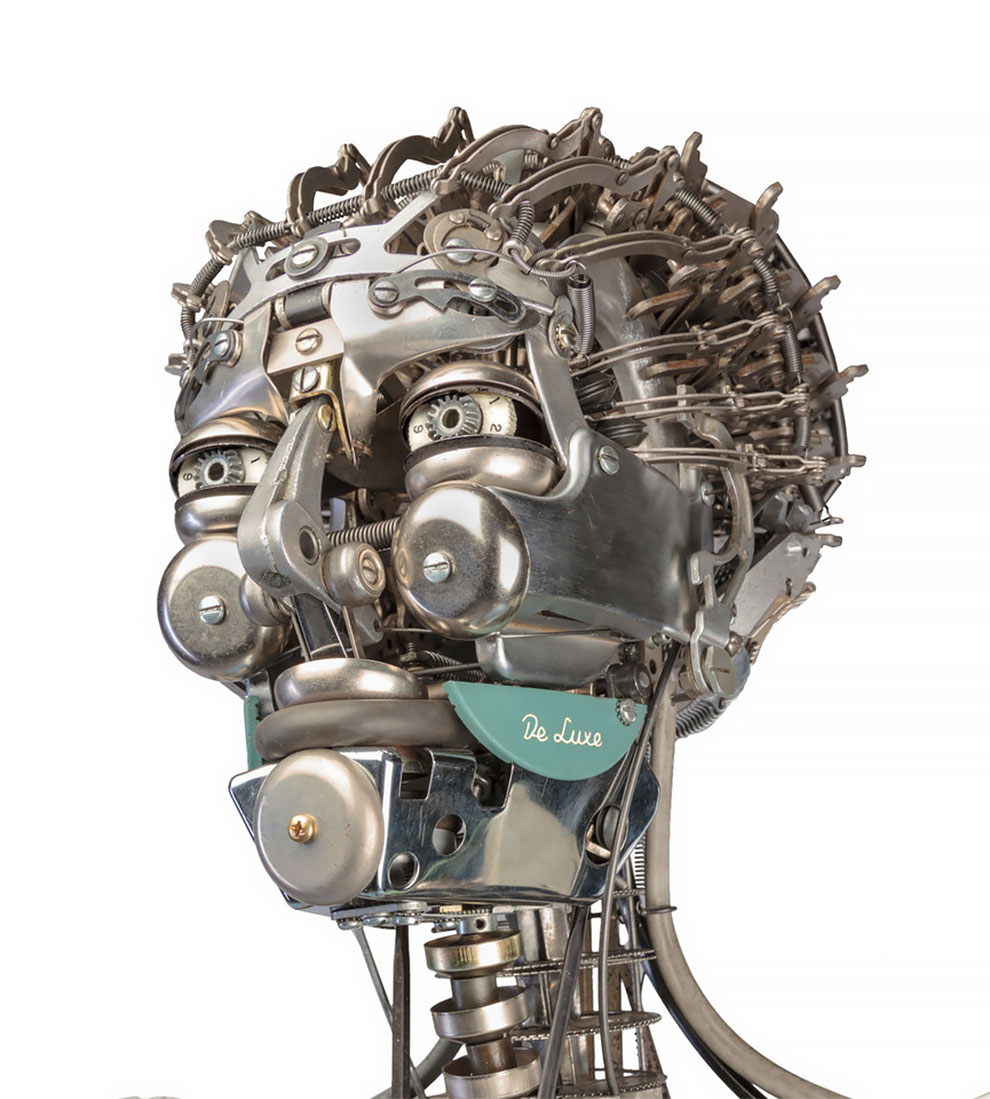 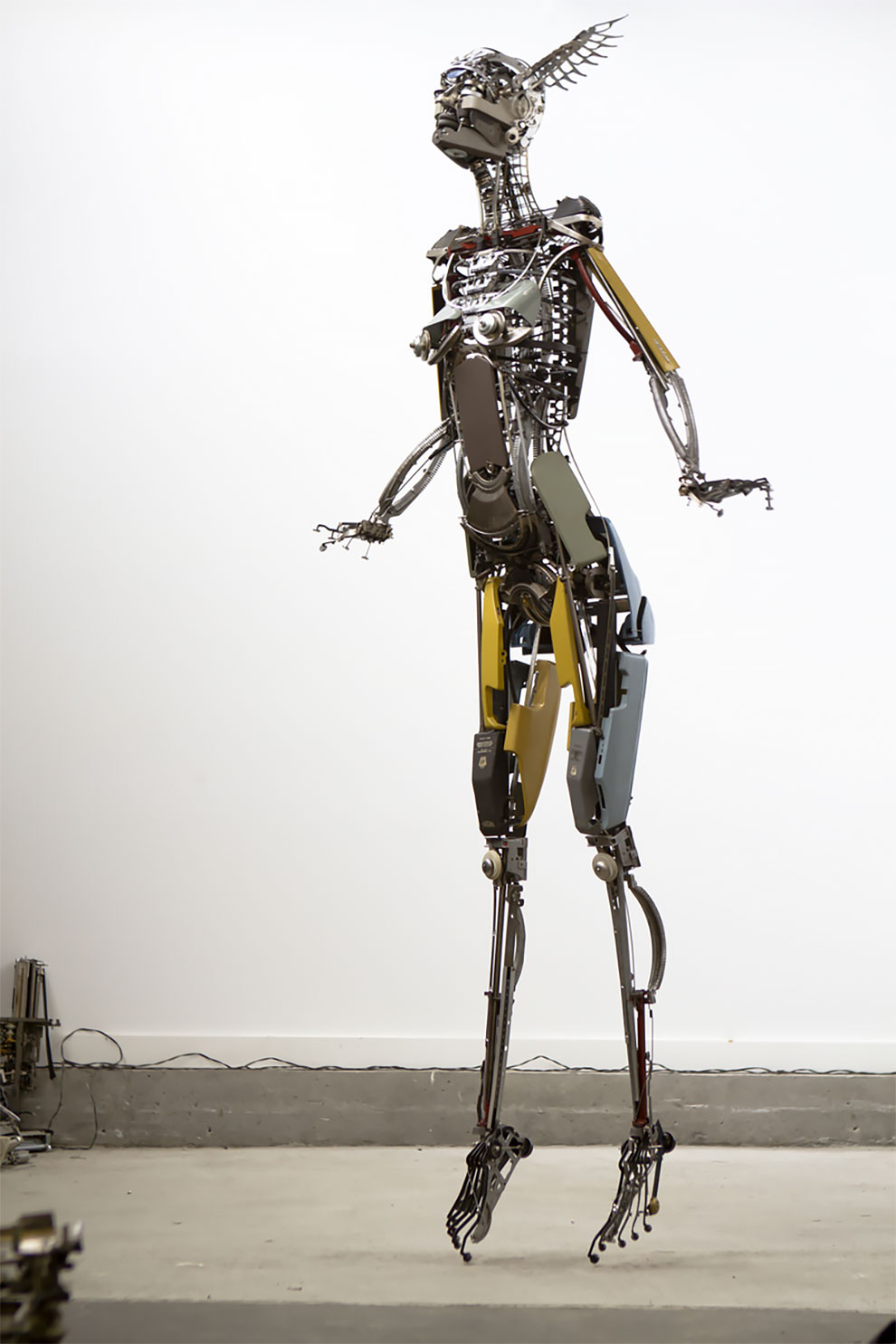 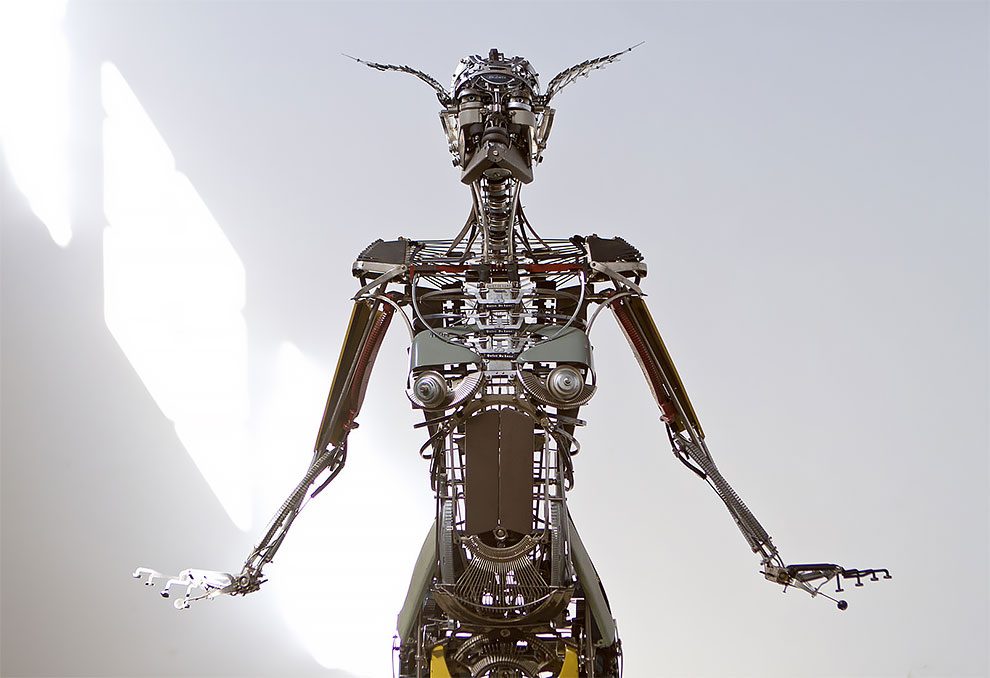 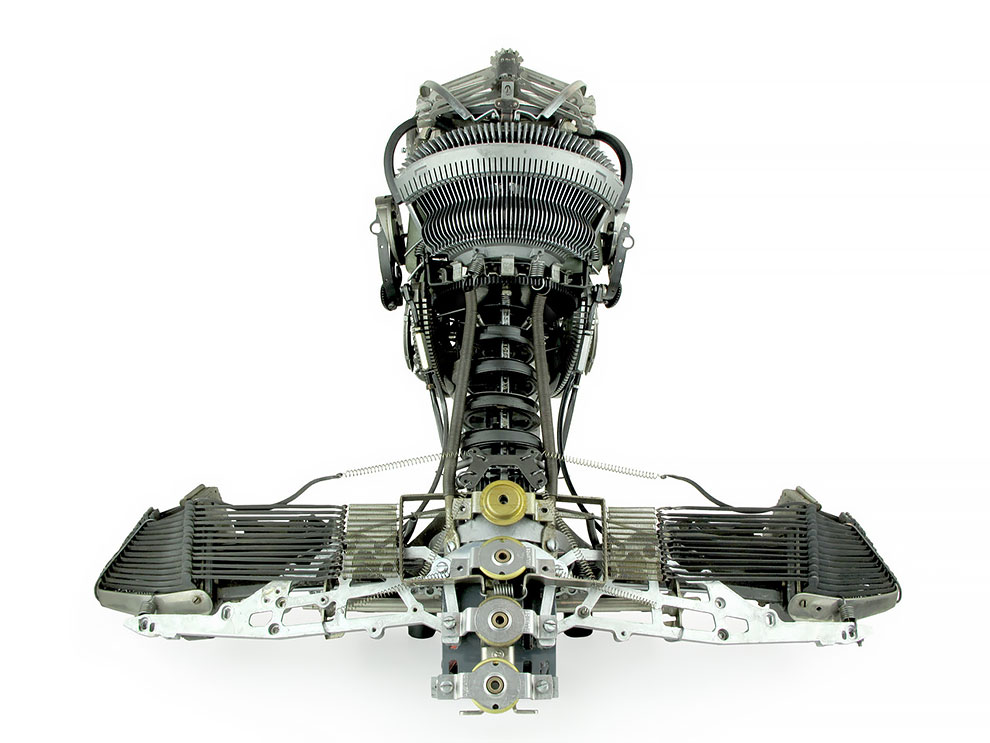