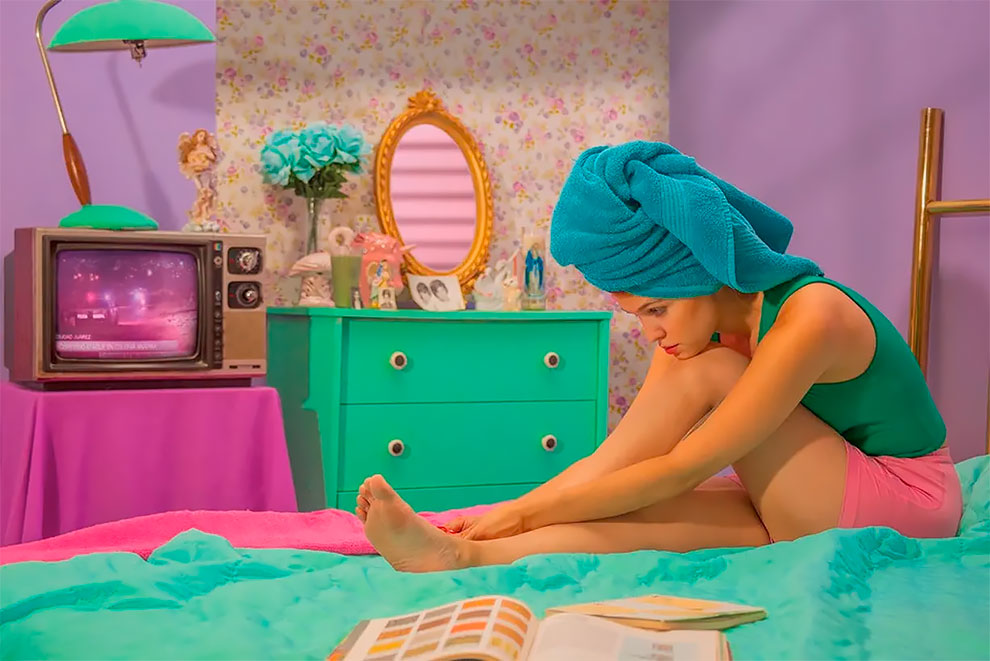 ‘When the war against the cartel began in Ciudad Juárez in 2006, many of us took refuge in our private spaces (in our homes and in our bedrooms). In view of the public spaces being taken over by terrorism and violence, we made our homes a safe haven. This image represents duality and contrast. The interior is fully decorated in pastels in representation of our border aesthetic. The violence, public spaces, and the war on drugs are displayed on the television placed in the room’ 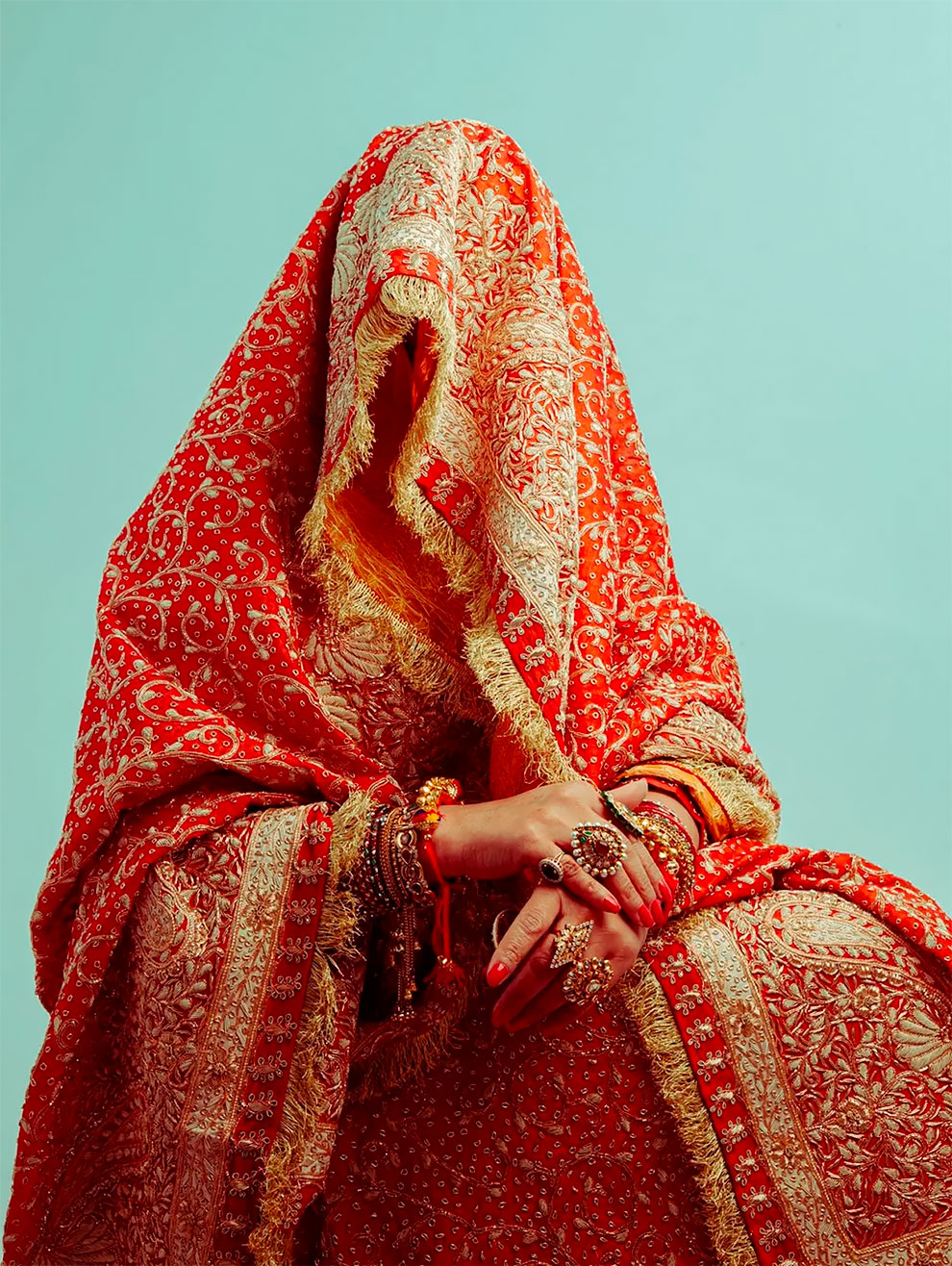 ‘This is an image of my mother sitting in her wedding dress, post-divorce. When growing up in a strict Hindu-Punjabi household, my mother wasn’t allowed to explore the world until she was in a “safe” and “secure” marriage. Now, after her divorce from an arranged marriage, she’s finally able to explore the world that was deemed too dangerous for a lonely woman to face, understand her identity as a single mother and learn what home means to her after it breaks in half’ 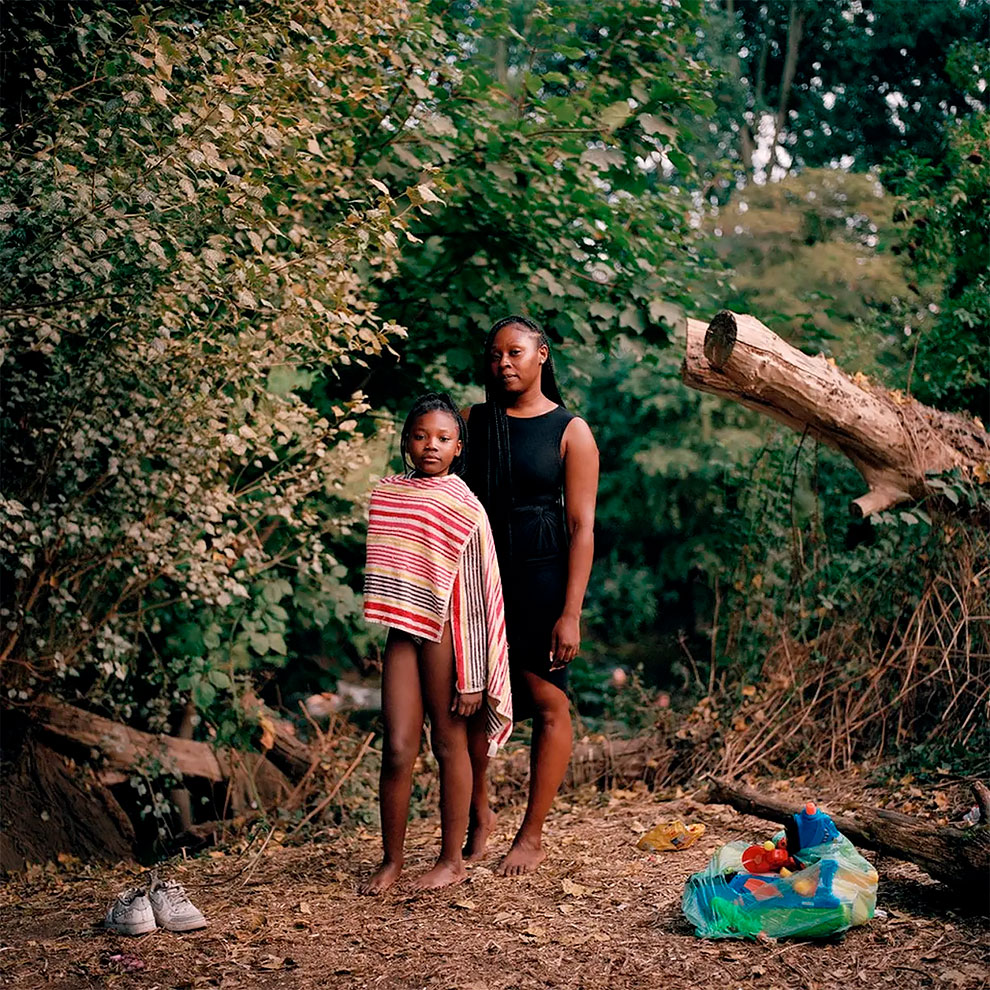 ‘In the spring of 2020 the world became untethered – all our rituals of normality were removed against the backdrop of a global pandemic. And so with little else to do we ventured to our local parks for our single dose of daily exercise. The portraits in this series capture the diversity of people whose lives are enriched by these extraordinary green spaces. It is my hope that these images will transcend the time in which they were made. In short, Parklife is my love letter to Londoners, and their cherished green spaces’

We Don’t Fight Alone In This Family – Gala Semenova 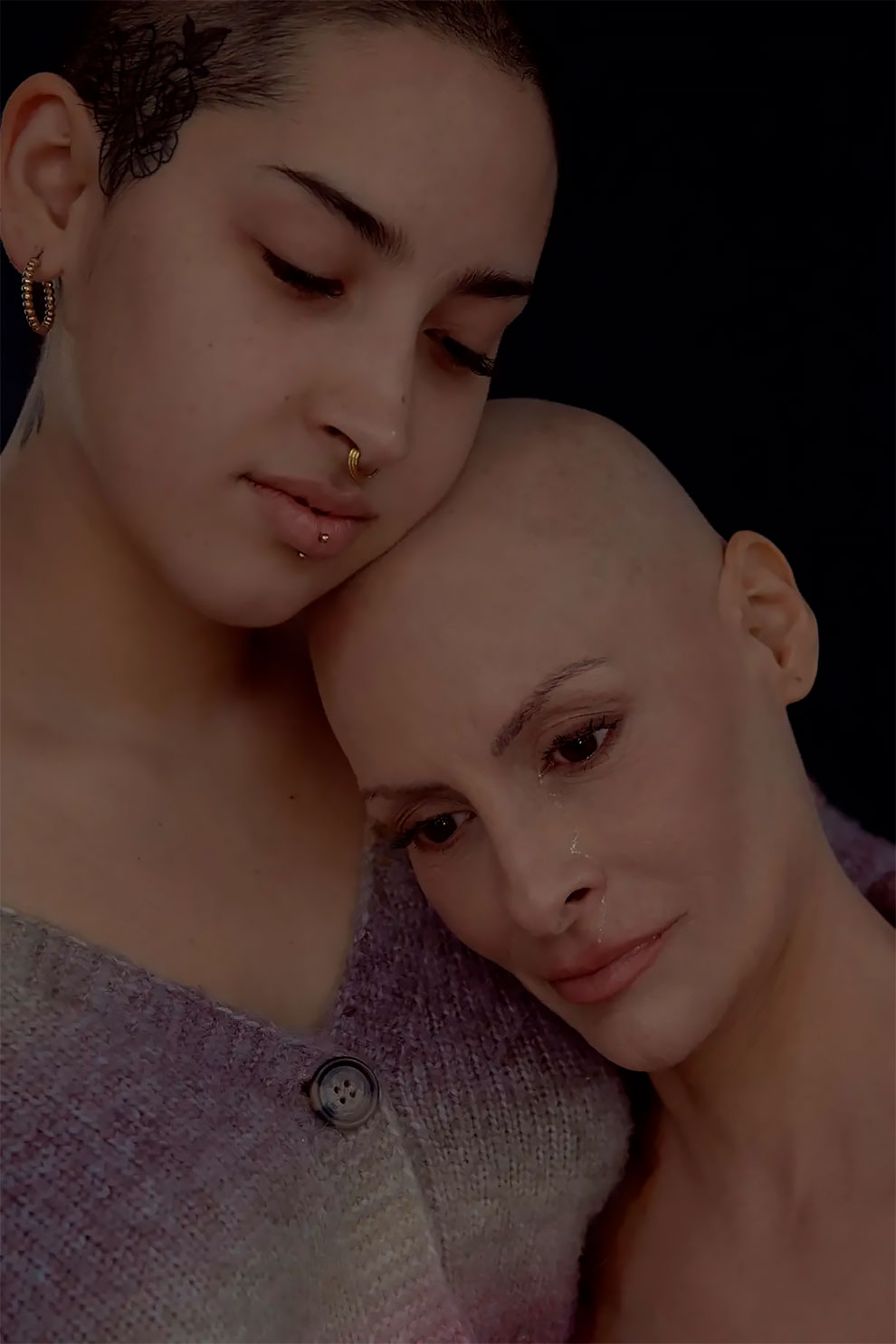 ‘Misha was diagnosed with breast cancer in 2021 and her illness led to the necessity of chemotherapy. As a result, she lost her long, beautiful hair. Misha’s daughter wanted to support her during this difficult process and they shaved each other’s hair’ 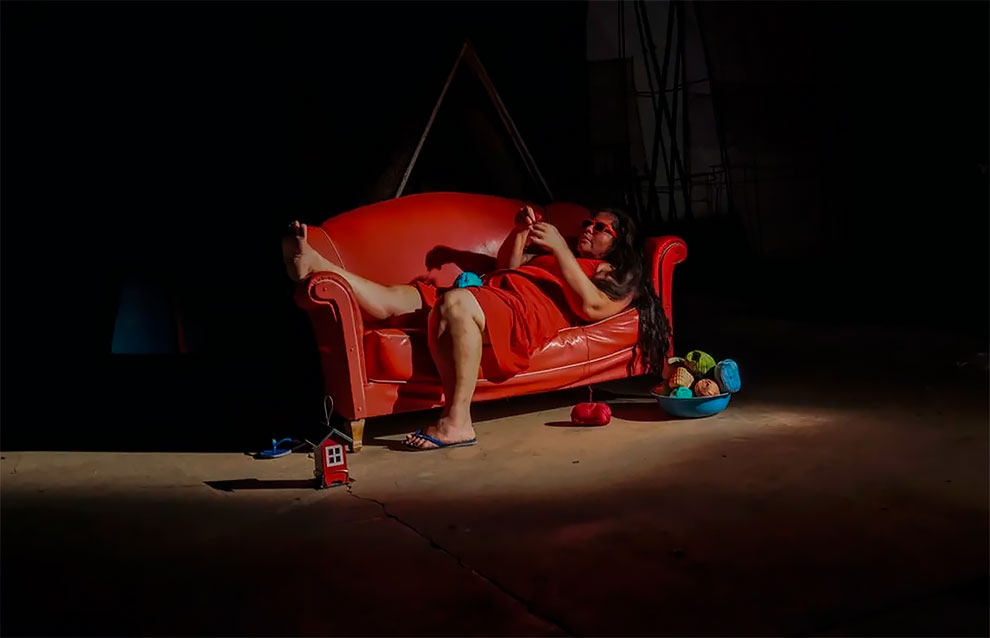 ‘This image was made on the outskirts of Belo Horizonte, Minas Gerais, Brazil, for a project that aims to highlight the essence and spontaneity of a simple, genuine person who doesn’t have much contact with the city and technology and lives a more spontaneous life. This condition is the world, the universe, the home of these people, which is also a social tradition. Here, this woman reminds Penelope that in Greek mythology, waiting for her husband , weaving during the day and during the night unravelled what she had woven …’

Forget Me Not – Jennifer Blau 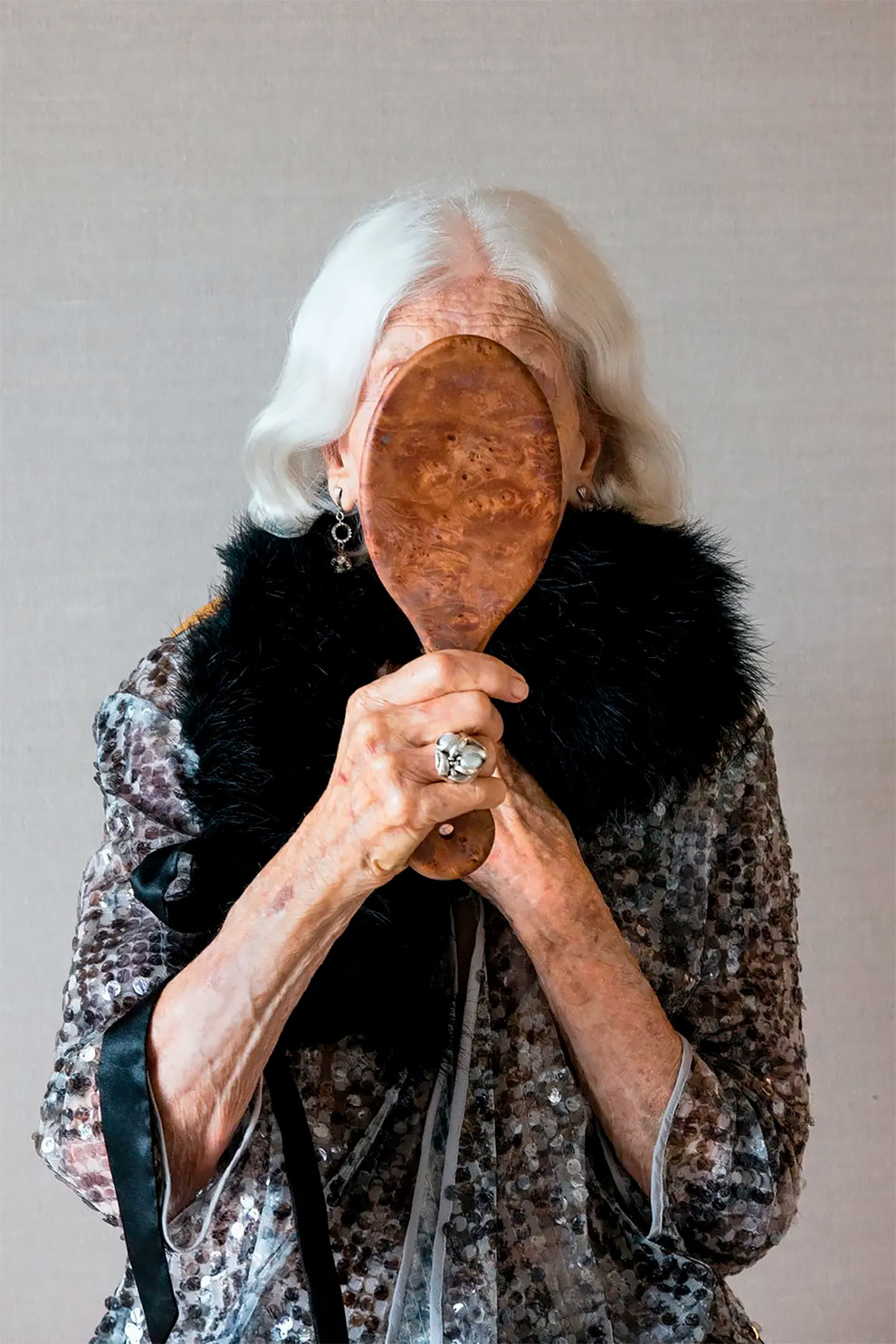 ‘What happens to your sense of self when you lose your memory? And how do we appear to others? Beautiful, elegant and engaged, Patricia defied the stereotype of a woman at 90 before developing dementia. I ask us to consider how in western culture we regard, portray – and often render invisible – the elderly, especially as they decline. How might we respect and celebrate their beauty and humanity in all states of being? From my series Patricia’s Room’

Joanne With Her Son – Kristina Varaksina 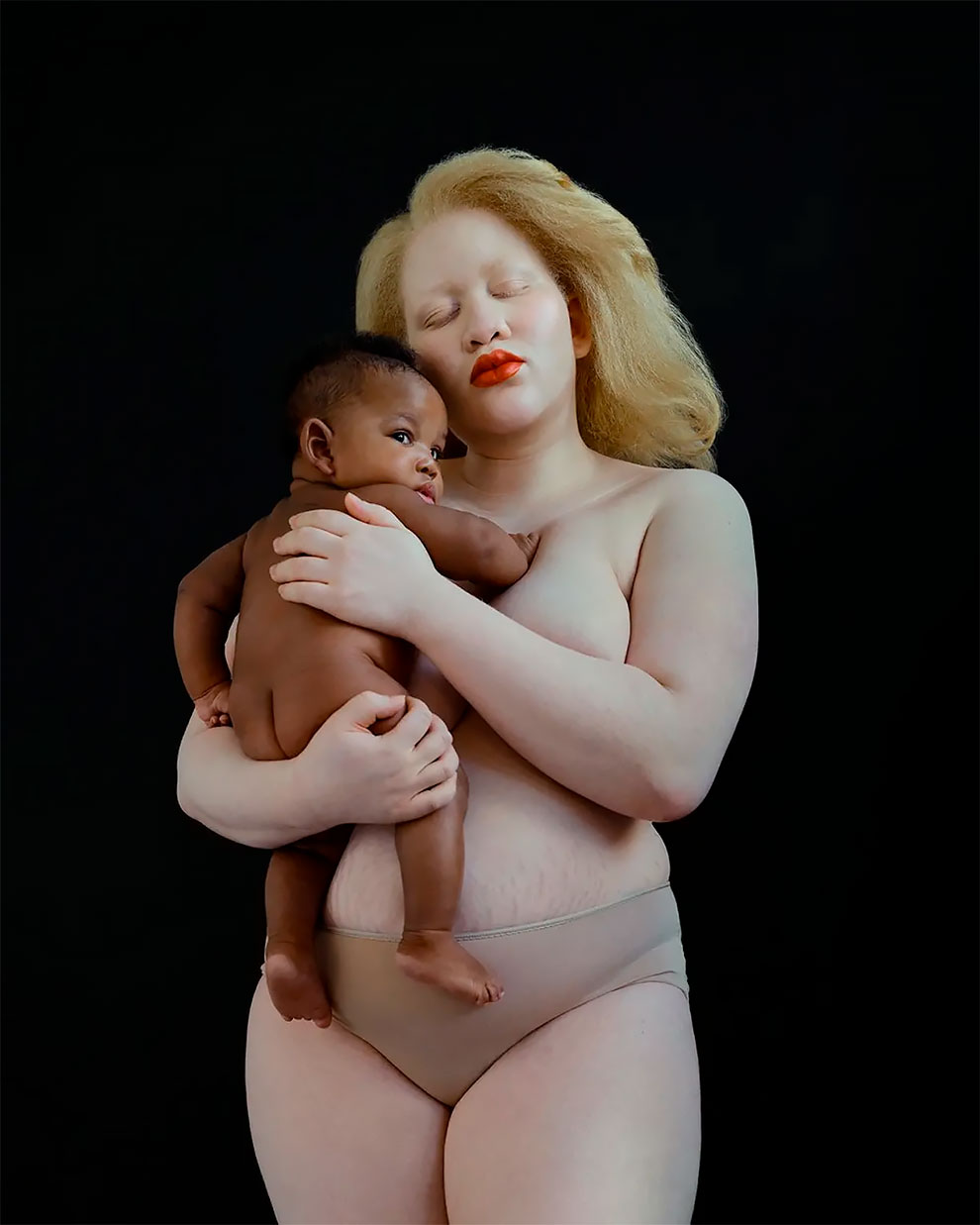 ‘Joanne is an incredibly strong and wise young woman of Nigerian descent. Having albinism and a very poor vision has never stopped her from believing in herself and appreciating her own body. The essence of beauty is being, being who you are. We live in a world that encourages us to constantly criticise our looks and make us feel like we are not enough as is. The truth is beauty cannot be restricted. Beauty is simply being you’ 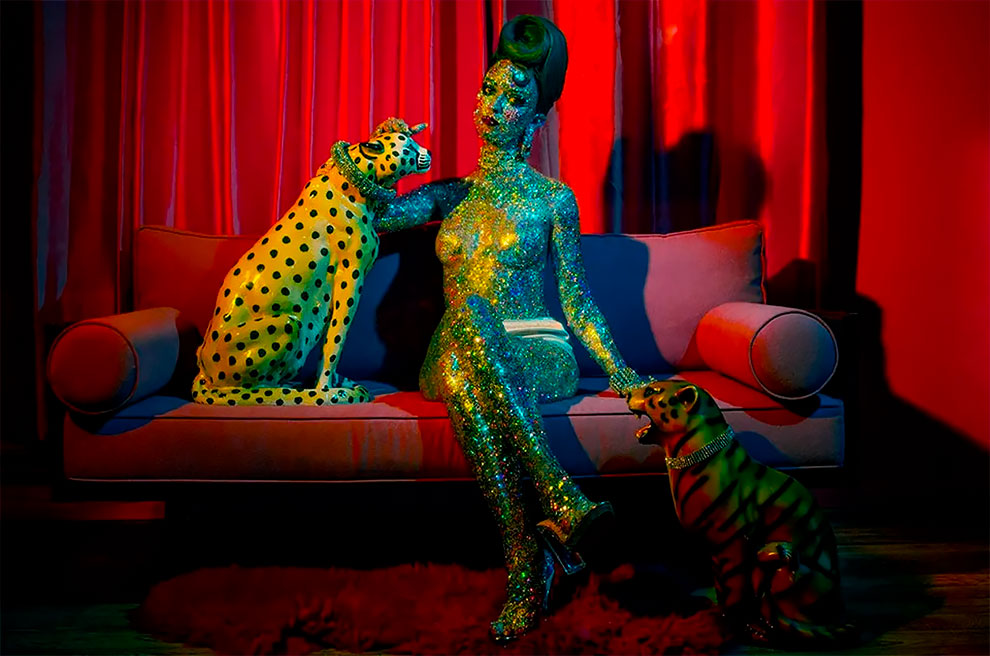 ‘My Crystal Queens series started from this image. The central focus in my work is exposing and highlighting the absurd nature of the human pursuit to achieve perfection, and the extreme lengths we can go to. With the current ties the majority of people have to social media, anyone can be seen by the world at any moment in time, and this idea of having to be the perfect crystal version of ourselves, even when at home in our bathroom or living room or kitchen, is embodied in these images by the women wearing a skin of crystals’ 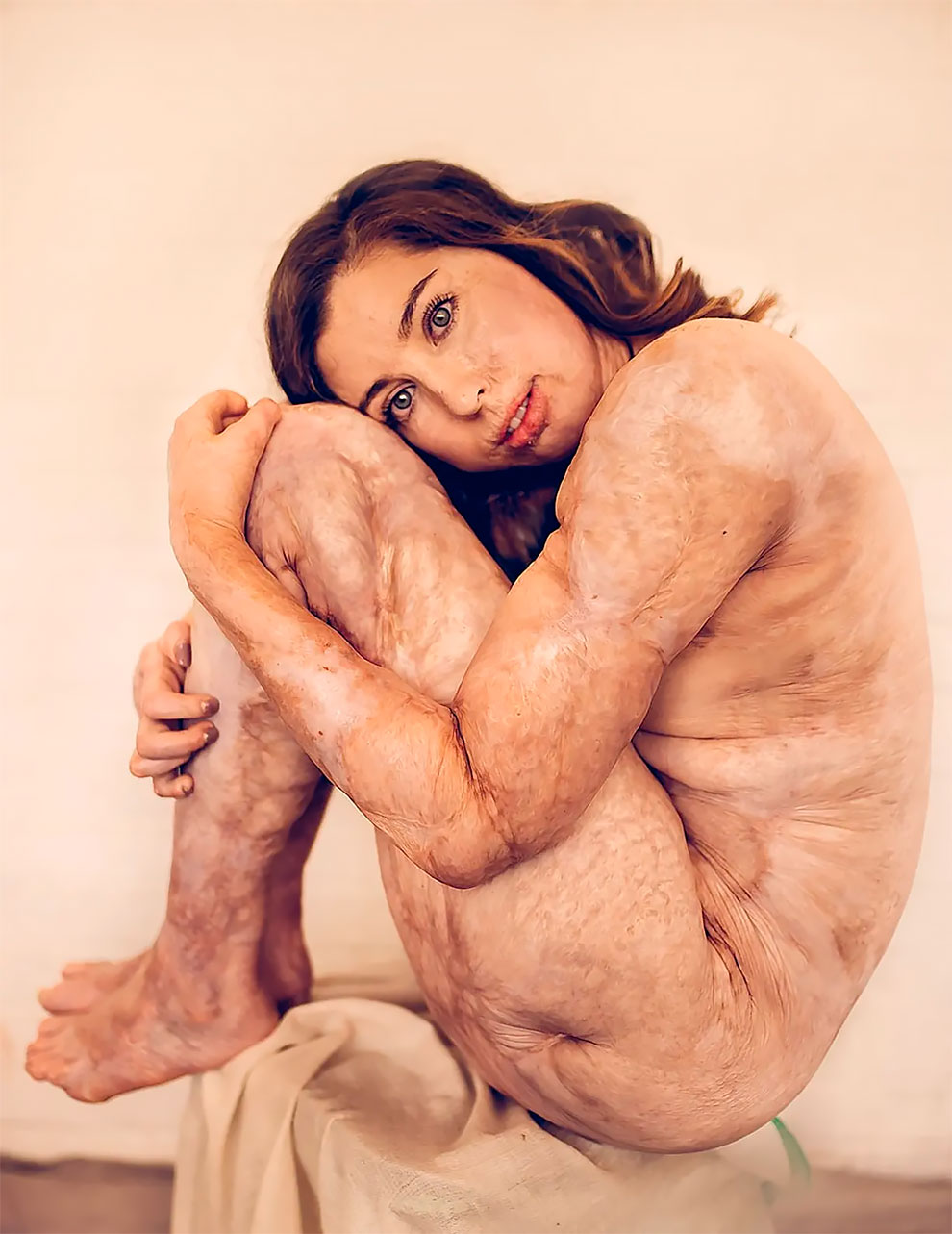 ‘“I’ve never been photographed like this before … with all of my scars, I mean,” Catrin said to me. It left us both thinking of what is the limit on scars? How much can we see? Are we all becoming a part of the world where scars need to look ‘pretty’ too? Just enough that we can use them to remind ourselves that our lives are better? But not too much … so we can bear looking at them? Catrin was returning from a ski trip in the French Alps when the coach’s brakes failed and the crash happened: 96% of her body suffered third-degree burns’ 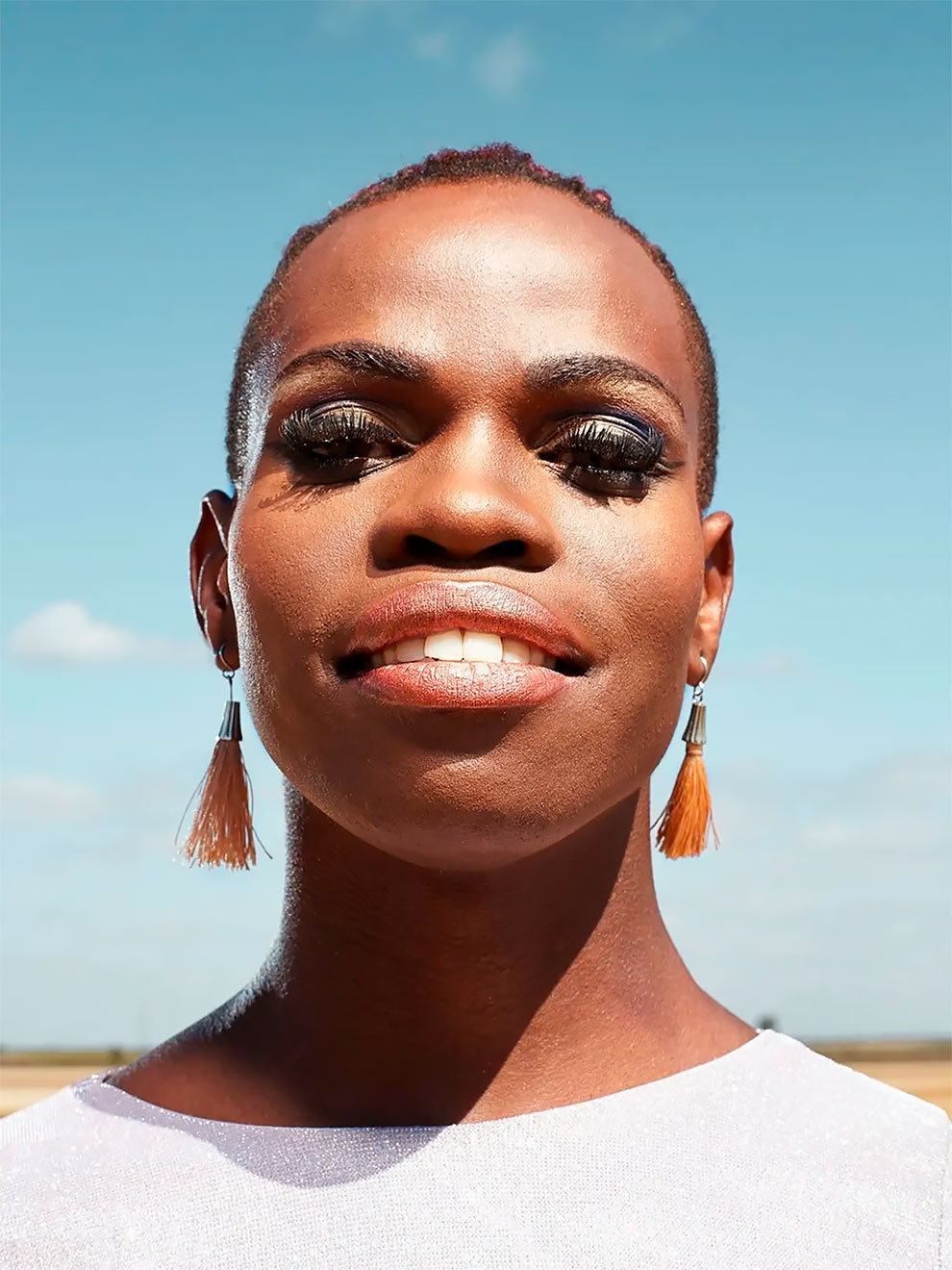 ‘Miss July, Xola, is from the series Calendar Girls. The Miss Calendar Girl Beauty Pageant was founded in 2015 by Chedino, a trans woman whose gender-affirming transition I have been documenting since 2012. Pageants like Miss Calendar Girl provide normally “fringe” members of South African society with a safe environment, a support network, and above all, a sense of community’ 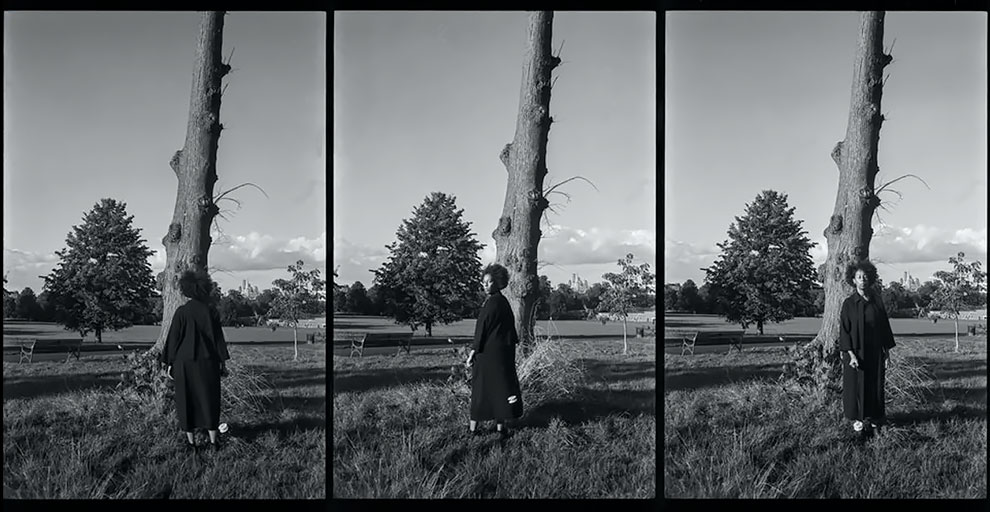 ‘In 2021, I began researching and making photographs in Brixton that explored themes around nature, belonging, identity and climate change. As a Black woman of Jamaican heritage living in south London, I leaned into my experience to establish what these terms meant to me and my practice. I utilised myself as a case study and made a series called The Wanderer, one that culminates my research. The series sees me as “The Wanderer” where I document myself within landscapes in the UK’

From the series Avatãra – Stefanie Langenhoven 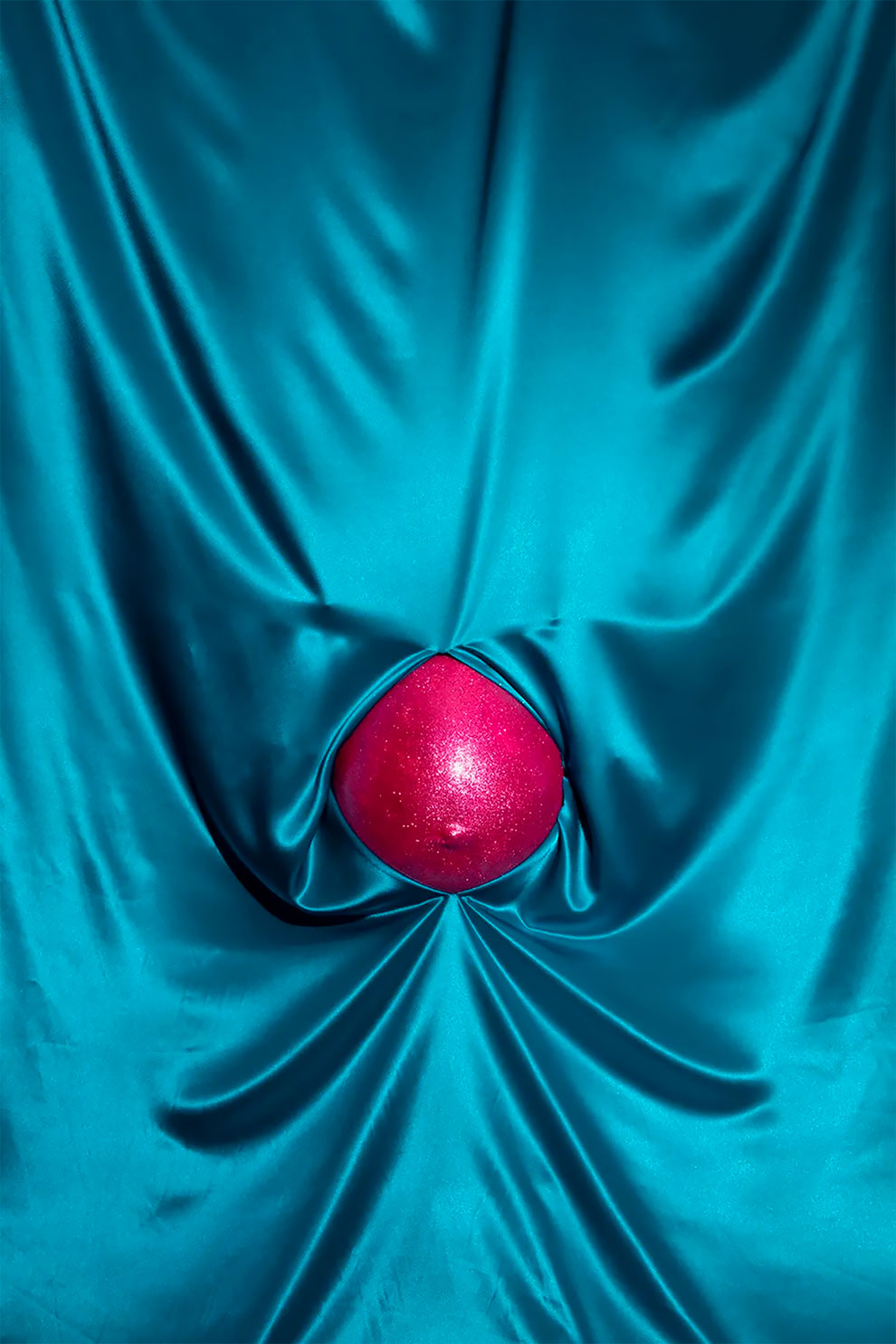 ‘Avatãra is a personal series about my pregnancy with my second child, which happened during the pandemic. She was conceived after I had several miscarriages. Miscarriage is a very specific kind of loss. You connect with a soul and lose them again without actually meeting them. Their essence felt tangible yet I could never physically feel them. An awareness grew in me of this otherworldly aspect of bringing children into this world, a connection to this ‘other’ realm. I created this series to make this realm feel more real to me’ 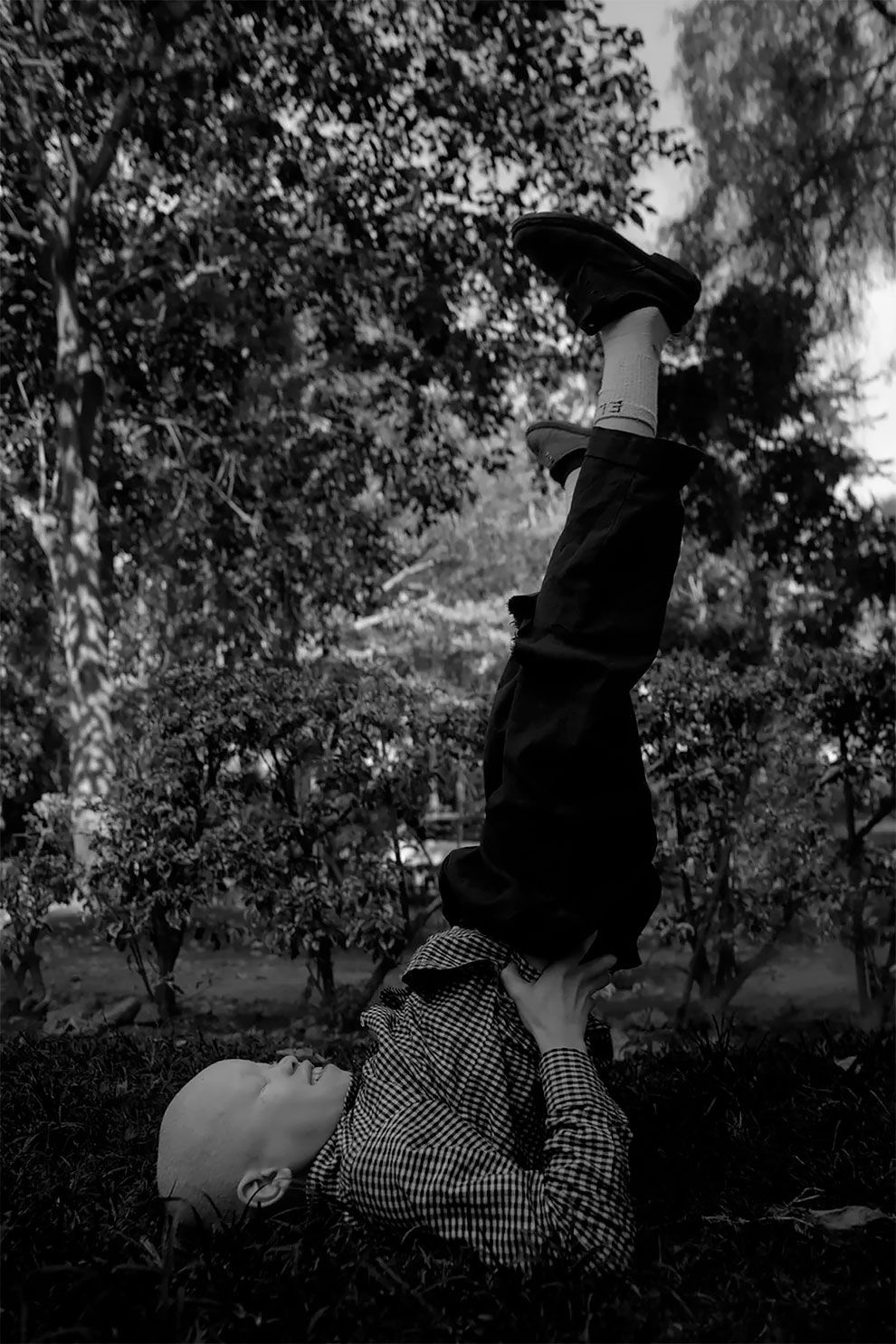 ‘A child born with albinism is thought to be “a curse from God”, and in many places, they are not even considered human. Ironically, people with albinism are hunted for their body parts that can be used to make potions or charms that will bring health, good fortune, wealth and even supernatural powers. The boarding school is Elijah’s home, it’s the place where he is loved and where he can finally live a normal life. It’s his safe haven. Peacemakers for Albinism and Community creates safe spaces for Tanzanian children with albinism: they empower, elevate and educate’ 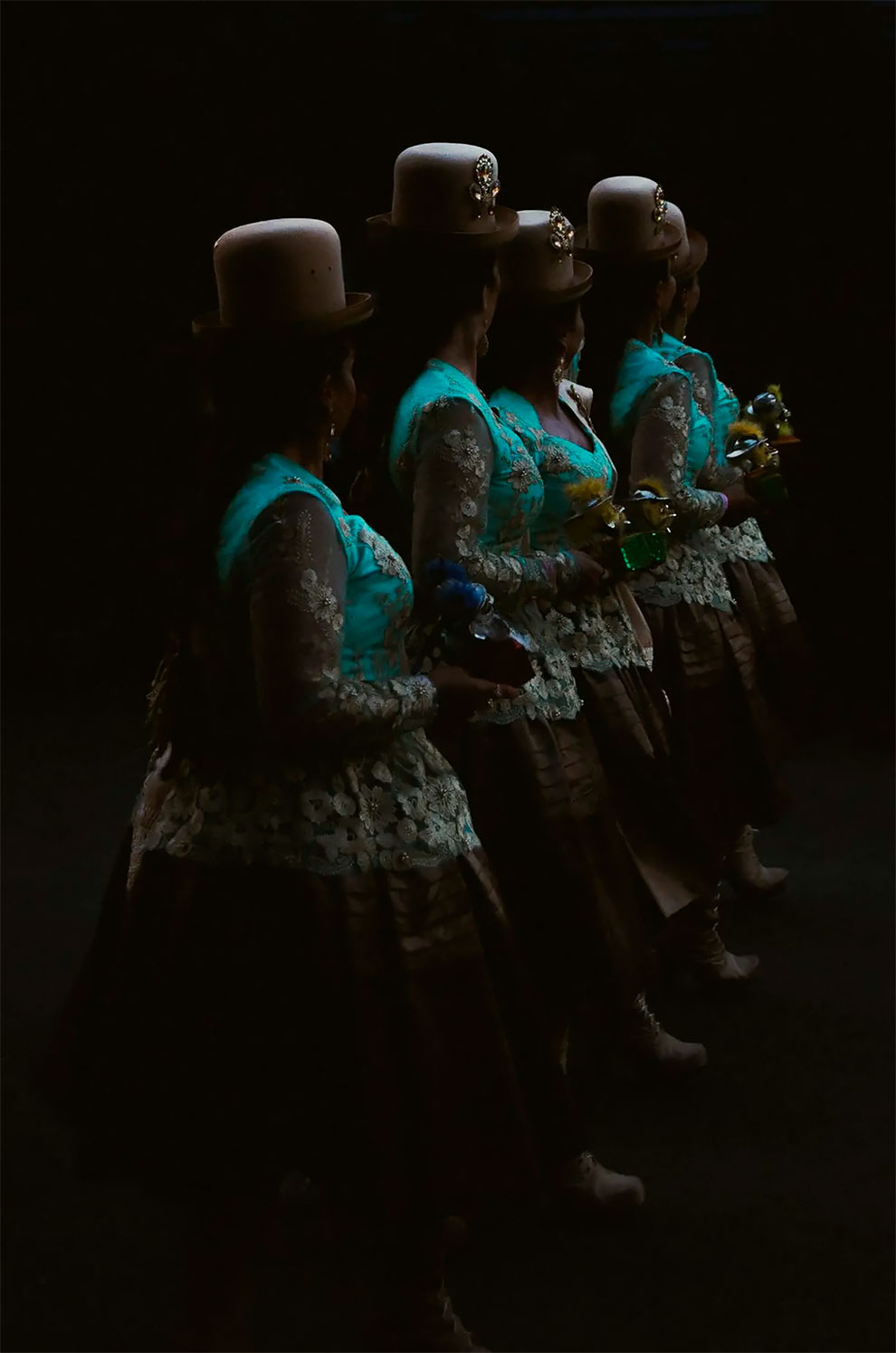 ‘The morenada is one of the most popular dances in Bolivia. It depicts African slaves forced to work in the silver mines of Potosí or to crush grapes in the vineyards of the Yungas, during the colonial period. The Ñaupas (quechua for “ancient ones”) portray the older enslaved women. This image belongs to the series Madre. Piecing together past memories and current observations, the project explores the influence of race and religion in shaping the perception and representation of Bolivian women’