Baikal Zen: Rare Phenomenon Makes Rocks Look Like They Are Floating Above Water 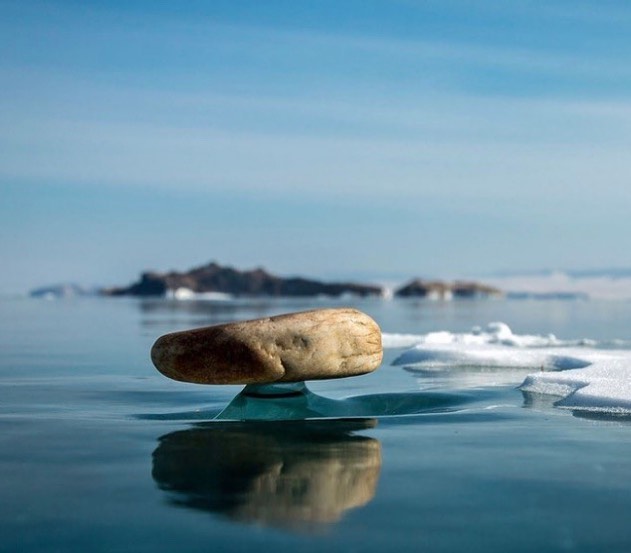 Lake Baikal in Siberia is the deepest freshwater lake in the world, and its particular relationship to the land that surrounds it produces fascinating natural phenomenon—frozen waves of ice, ice caves dripping with long fingers of icicles, frozen methane bubbles, and something called “Baikal Zen,” which is the balancing of rocks on thin pedestals of ice. END_OF_DOCUMENT_TOKEN_TO_BE_REPLACED 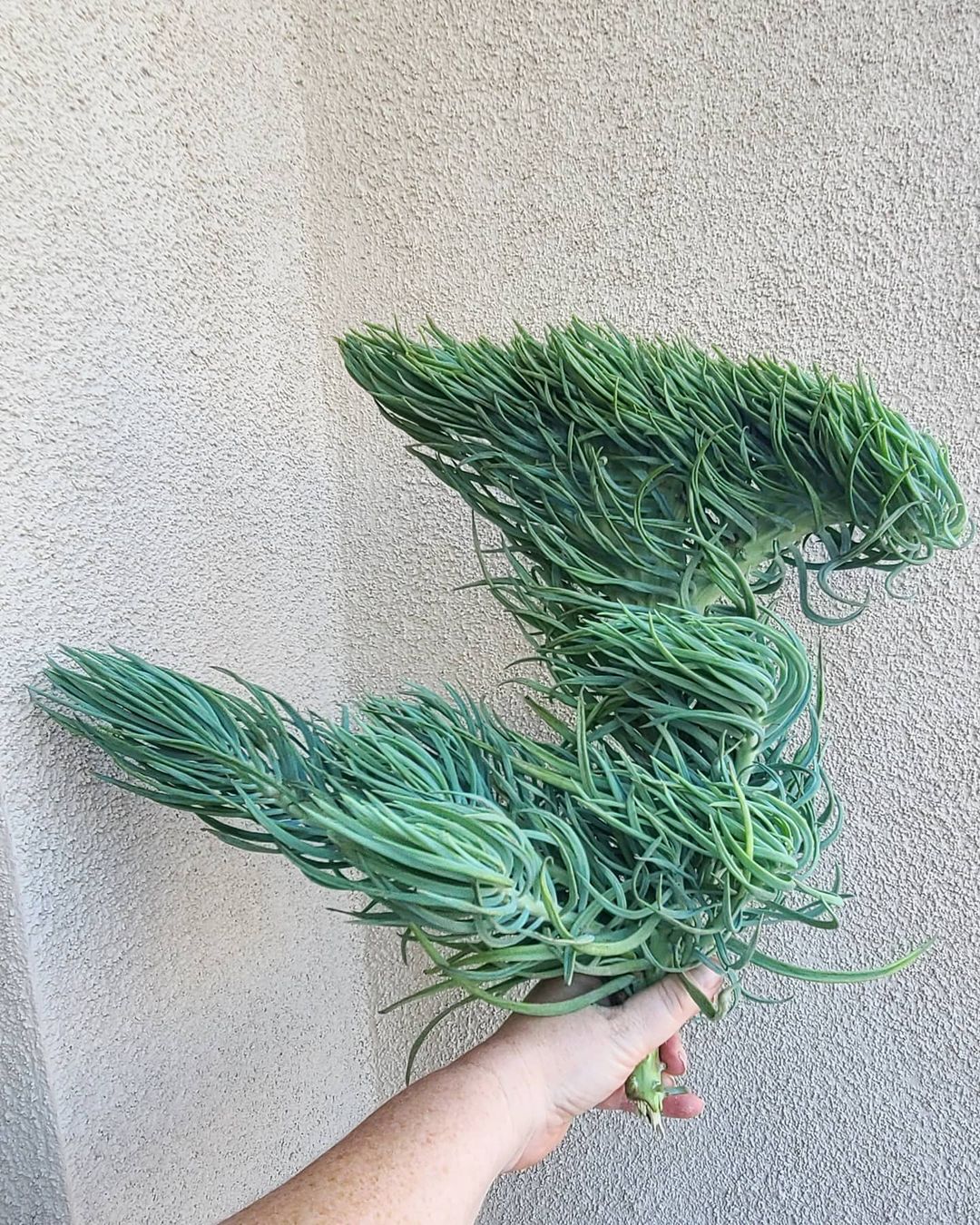 “Poetic Dance in Nature”: The Pastel and Romantic Universe of The Photographer Alexandre Delamadeleine 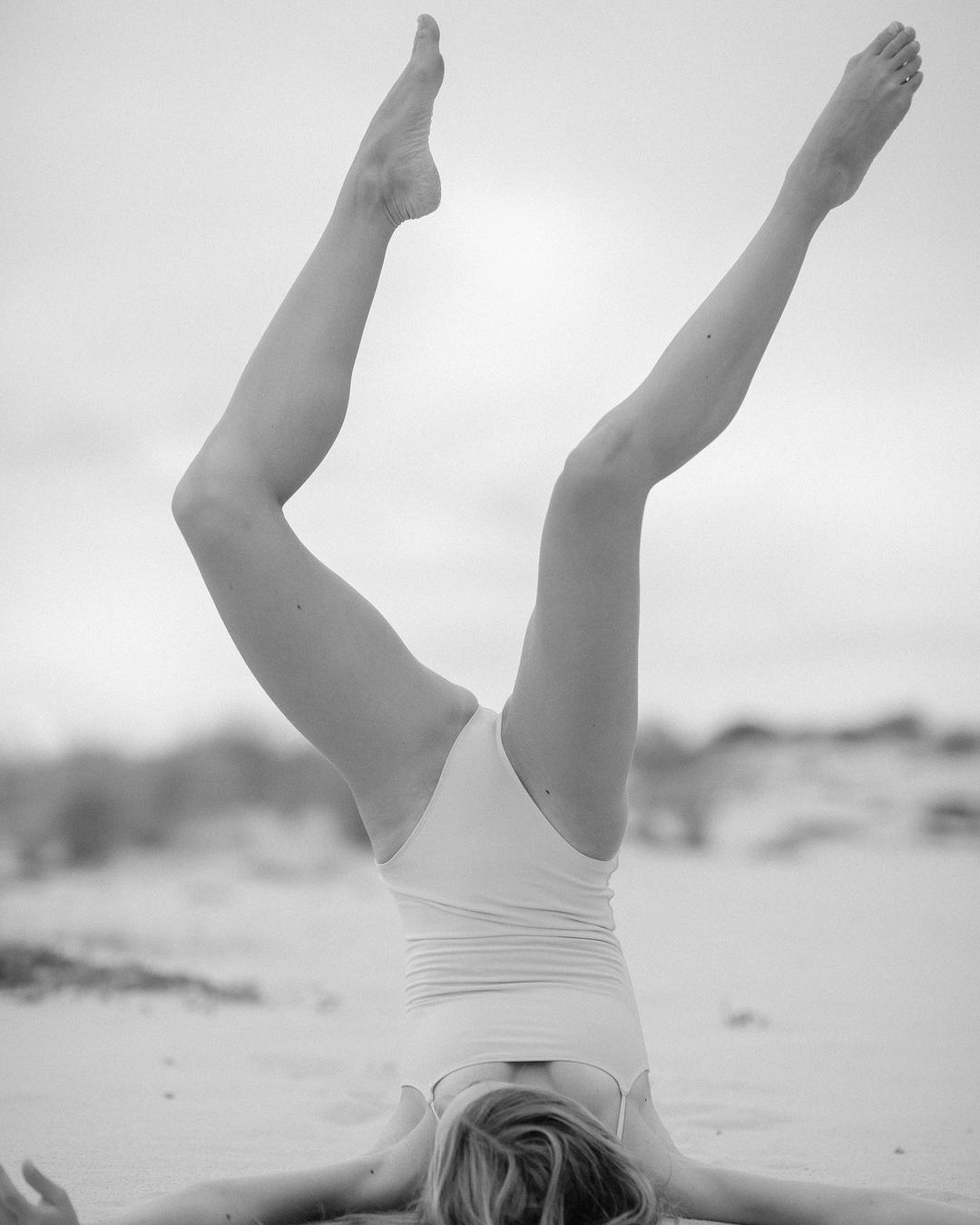 Alexandre Delamadeleine is a French photographer who captures nature. His gallery is filled with delicate images reflecting everyday moments and travel memories. END_OF_DOCUMENT_TOKEN_TO_BE_REPLACED 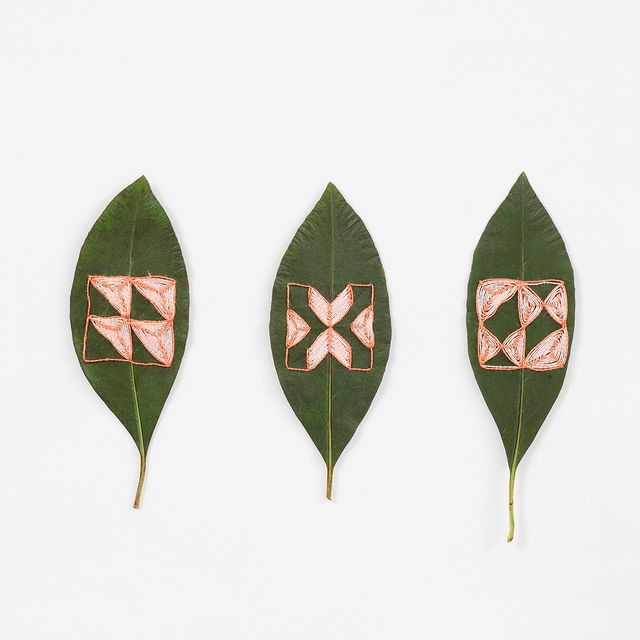 American artist Hillary Waters Fayle creates intricately patterned artworks by delicately stitching colourful threads into leaves. “I want this work to ask people to slow down and think about this leaf – what beauty can be achieved when working with care.” She collects the leaves from her yard or from parks and maps out the design on each one before stitching. END_OF_DOCUMENT_TOKEN_TO_BE_REPLACED

Choose the People’s choice award for Wildlife Photography of the Year. Browse the 25 photographs featured below and vote for the one you think should win this year’s People’s Choice Award.

More than 49,000 images are entered into Wildlife Photographer of the Year every year, but our panel of judges can only award 100 winners. Each year the Natural History Museum chooses an additional 25 of the best images from the latest competition shortlist. We then ask the public to help us select the recipient of the People’s Choice Award. 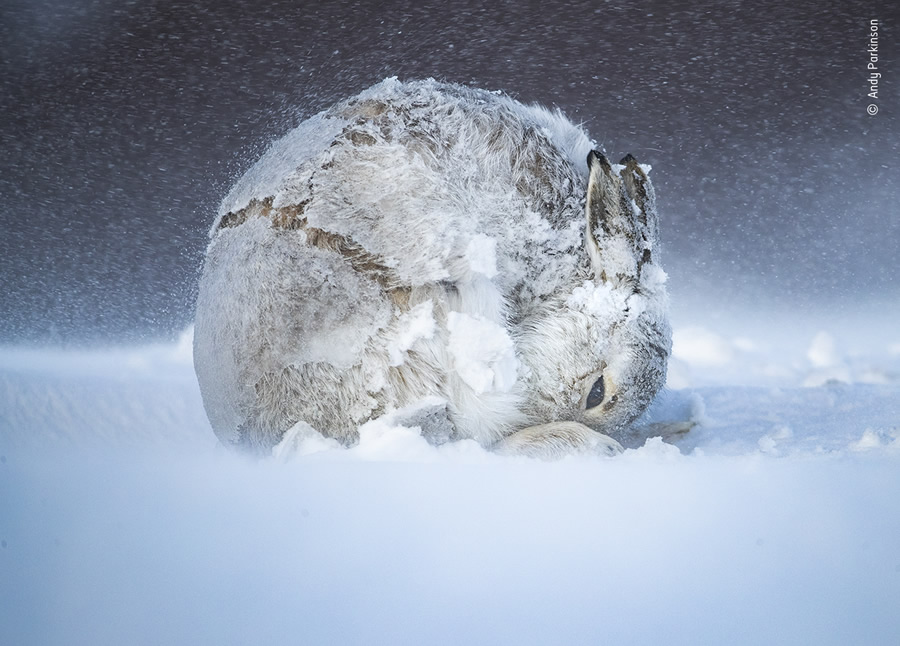 Andy spent five weeks watching the mountain hares near Tomatin in the Scottish Highlands, waiting patiently for any movement – a stretch, a yawn or a shake – which typically came every 30 to 45 minutes. END_OF_DOCUMENT_TOKEN_TO_BE_REPLACED

Two grizzly bears fighting, a group of bison plowing through a field of snow and the stars lighting a hiking trail are among the pictures selected as the 20 finalists in a photography competition showcasing images from US national parks. All 20 images were the winners of the first ever annual Nature’s best Photography National Parks Photo competition and were the top 20 placed images chosen from more than 3,000 entries. 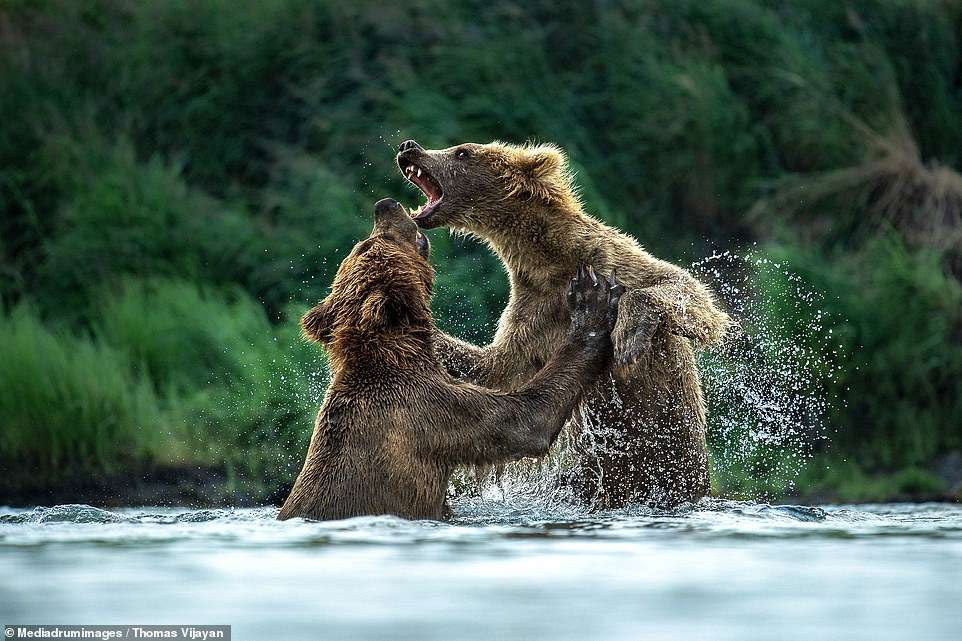 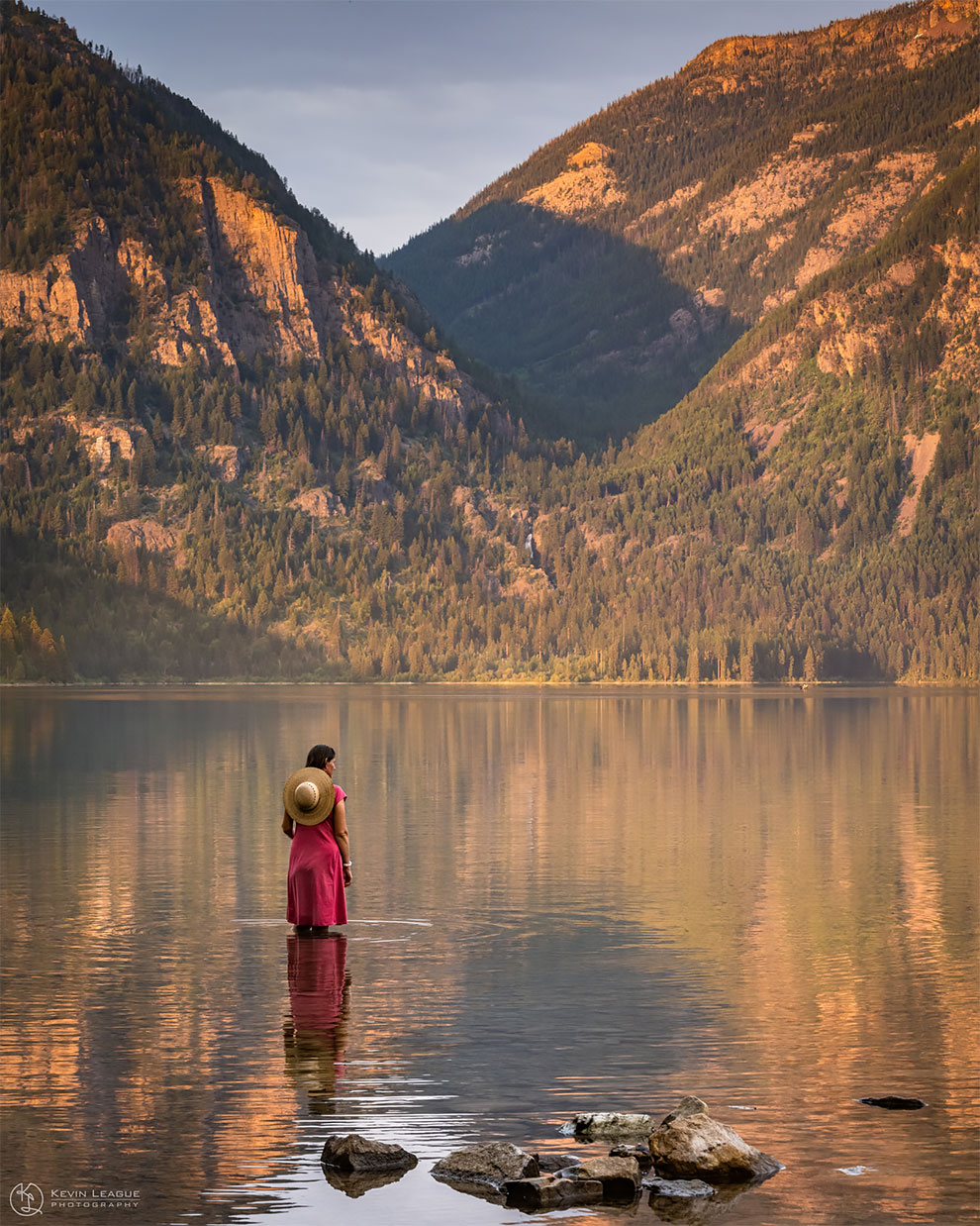 The Montana Wilderness Association has announced the winners of the 12th annual Picture Wild Montana Photo Contest. The theme of this year’s contest was “The Joy of the Wild.” END_OF_DOCUMENT_TOKEN_TO_BE_REPLACED 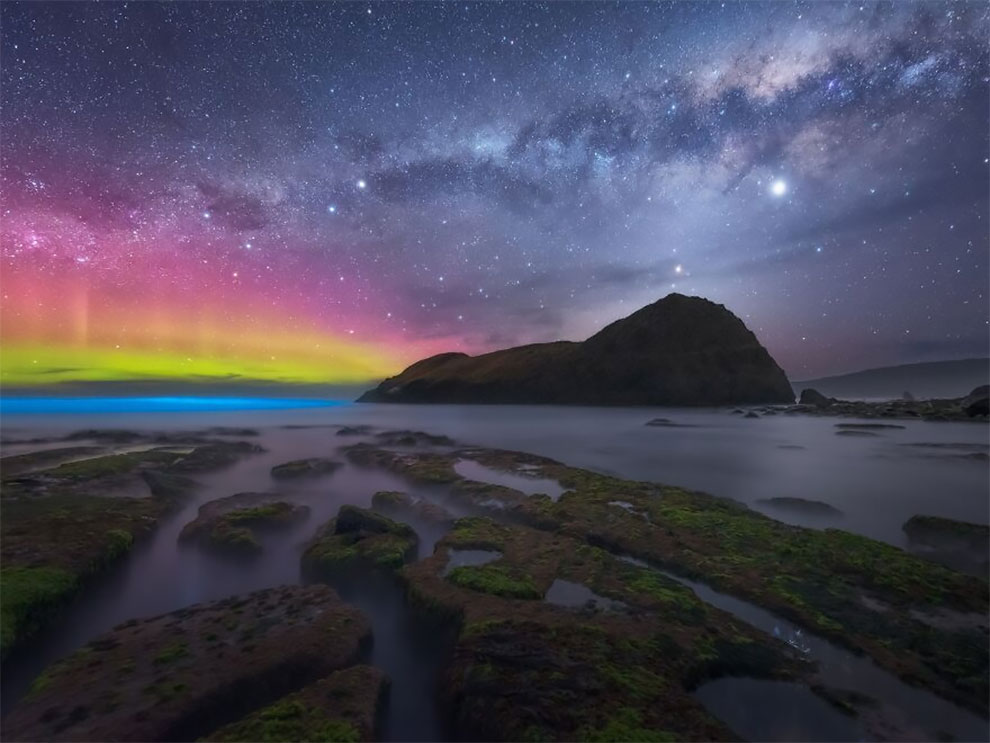 Nature is a beautiful place and in these hard times when everything seems kinda sad and dull, it’s always nice to look at some amazing things. These photographers managed to capture one of the wonderful things nature has given us—aurora borealis. This beautiful phenomenon occurs in the high-latitude regions because of the disturbances in the magnetosphere caused by the solar wind. END_OF_DOCUMENT_TOKEN_TO_BE_REPLACED 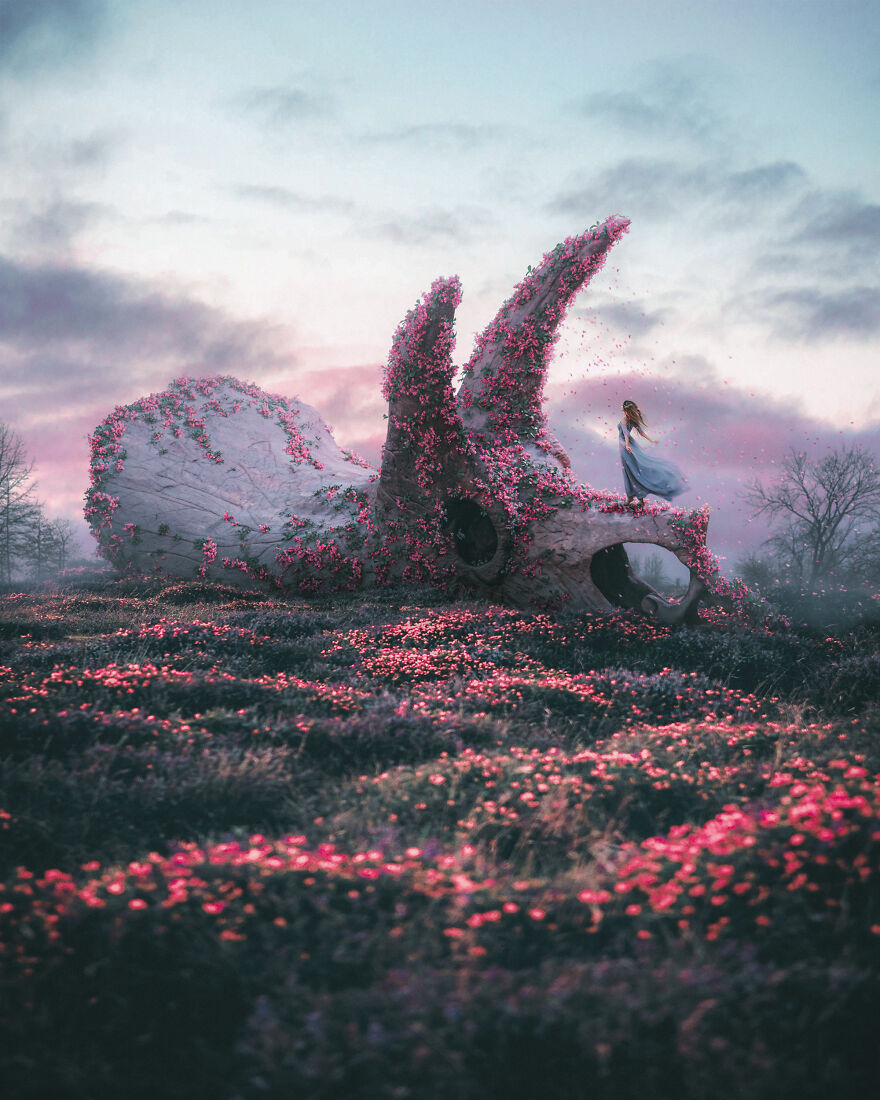 According to Andreas Häggkvist: “Hi, I’m Andy, an artist who has always had a passion for using creativity as a way to make a change, even to the point that I’ve made it my whole life. As long as I have been an artist, each and every artwork I’ve made has told a story and focused on raising awareness about an issue the world is facing. END_OF_DOCUMENT_TOKEN_TO_BE_REPLACED

Photographer Immortalizes the Beauty of a Lions From Every Angle 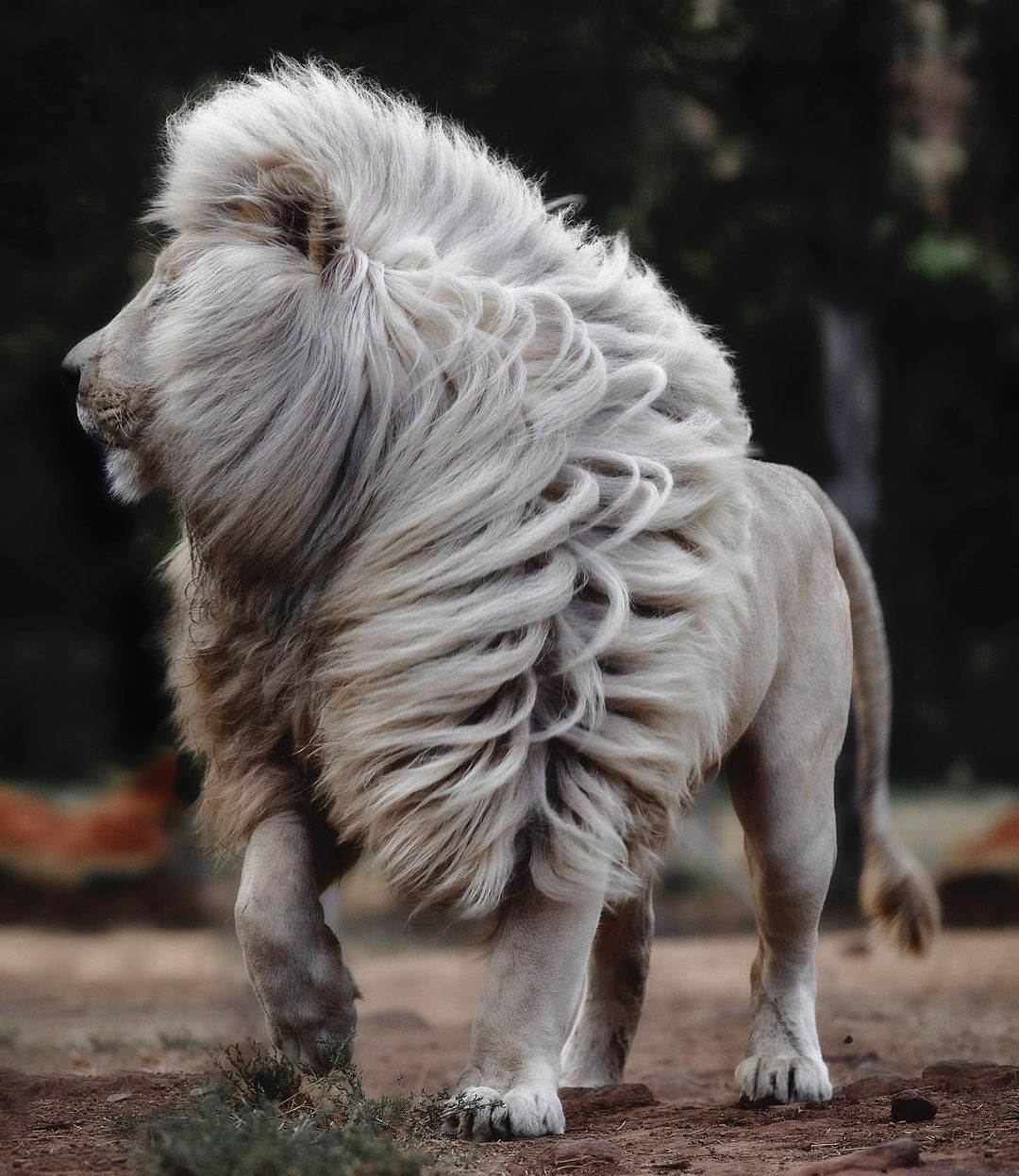 Simon Needham is a humanitarian and a wildlife photographer. He takes pictures of white lions to show the world the beauty of this rare color mutation of the lion. END_OF_DOCUMENT_TOKEN_TO_BE_REPLACED

Incredible Winning Photos From The Nature Photographer Of The Year 2020 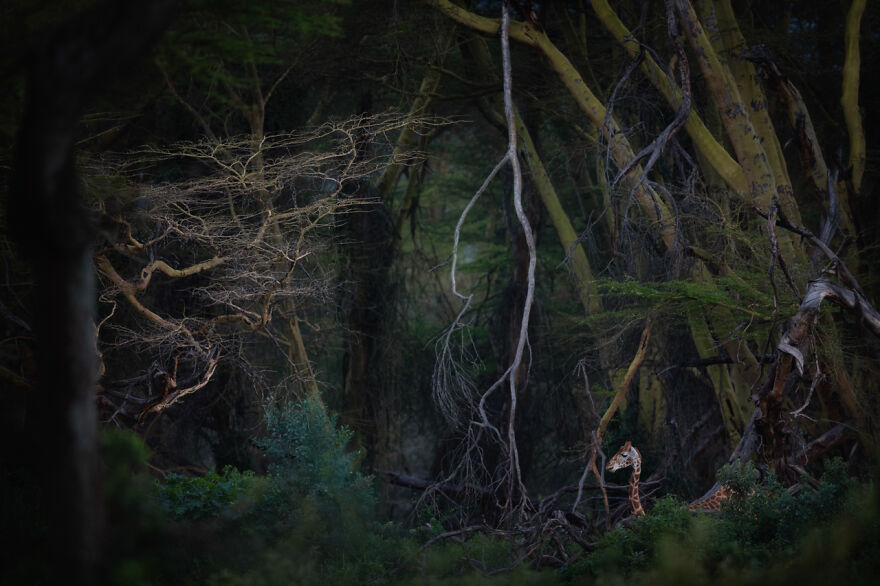 While traveling is not on the table at this point in our pandemic lives, looking at nature photography can also provide a form of mental escape. Various studies have shown that it has soothing effects and helps our brains that are on their way to 2020-induced overdrive to calm down. END_OF_DOCUMENT_TOKEN_TO_BE_REPLACED 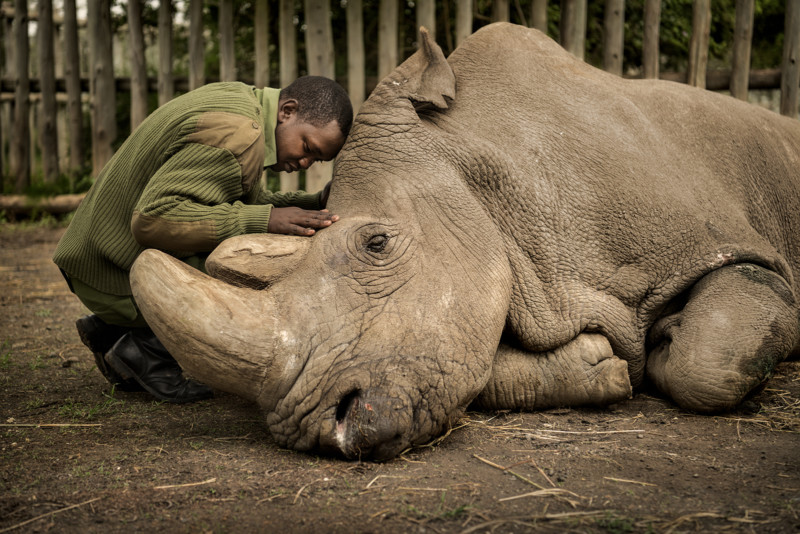 Photo by Ami Vitale / Wildlife Photographer of the Year

The Natural History Museum in London has announced this year’s People’s Choice Awards, where fans of wildlife photography are asked to submit their pick for the top image. The winner will be showcased alongside the other winners of the competition in the Wildlife Photographer of the Year Exhibition in the Natural History Museum until July 4, 2021. END_OF_DOCUMENT_TOKEN_TO_BE_REPLACED

Images of a jumping spider, an elusive gecko and battling birds are among a selection of amazing photos to have been picked in this year’s British Ecological Society photography competition. The overall winner of the competition is an image of a flying dalmatian pelican by Alwin Hardenbol. Hardenbol said he took thousands of pictures trying to perfect the shot.

“I gave this image the title ‘The art of flight’ because of how impressive this bird’s wings appear in the picture, you can almost see the bird flying in front of you despite it being a still image,” Hardenbol said. 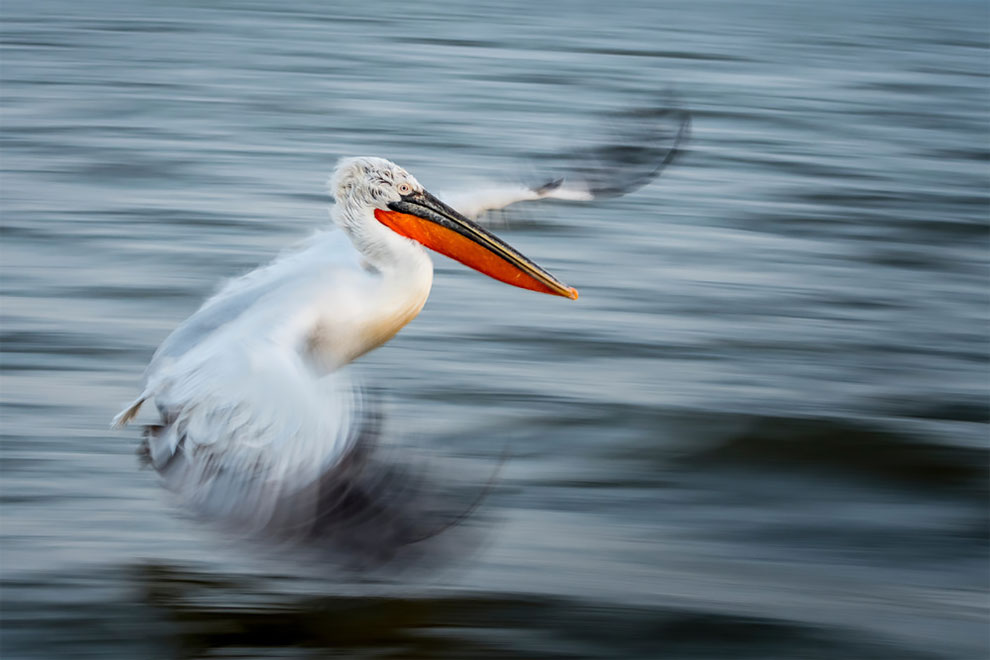 Overall winner: The Art of Flight by Alwin Hardenbol (University of Eastern Finland). A panning shot of a Dalmatian pelican in flight. The picture was taken on Lake Kerkini in Greece. (Photo by Alwin Hardenbol/2020 British Ecological Society Photography Competition) END_OF_DOCUMENT_TOKEN_TO_BE_REPLACED 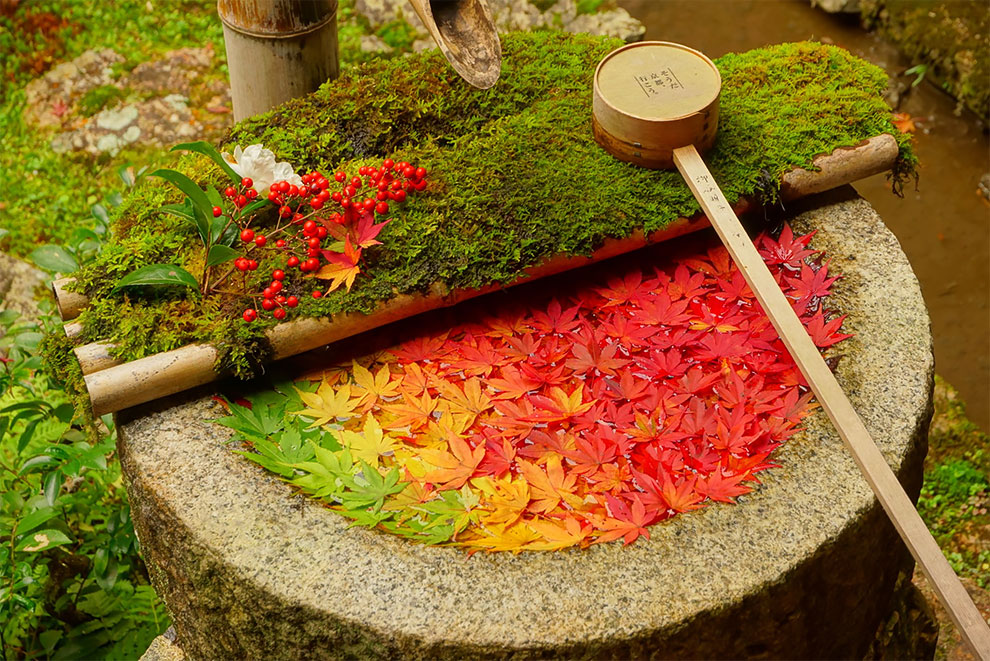 It’s the prime season for enjoying beautiful foliage here in Japan. All across the country, leaves are turning into all shades of red and orange, and it makes scenes of nature all the more stunning. END_OF_DOCUMENT_TOKEN_TO_BE_REPLACED 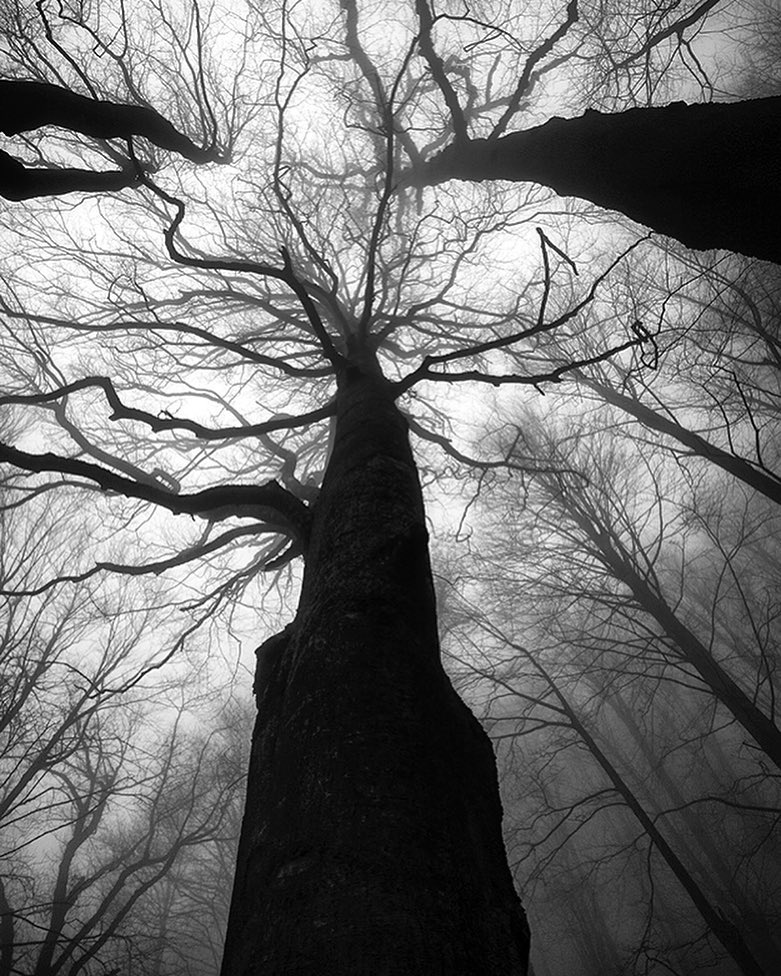 Magical Night in Tromsø, Norway—part of a portfolio that won Yuen the title of International Landscape Photographer of the Year 2020 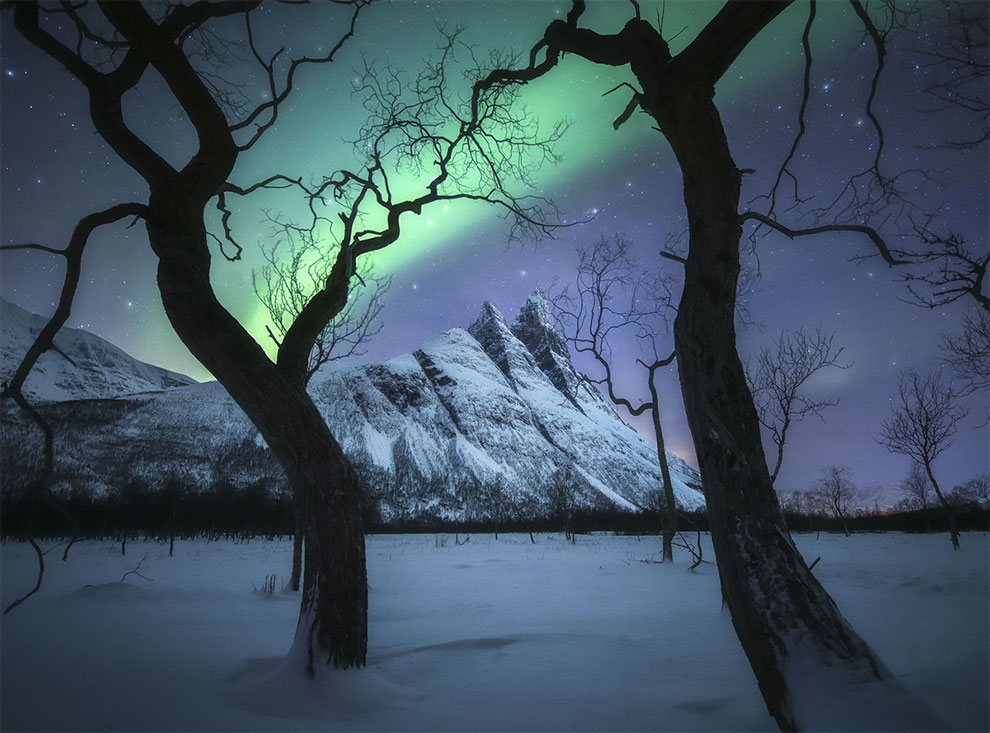 From lush green forests to dramatic star-studded skies, the stunning winner shots of the 2020 International Landscape Photographer of the Year competition have finally been announced. Based in Sydney, Australia, the competition received over 3800 entries from professional artists hoping to win the prize. But there can be only one winner for the “Photographer of the year” category and this year, it went to the 24-year-old artist from Hong Kong Kelvin Yuen, who entered with mesmerizing mountain snaps taken at various locations. END_OF_DOCUMENT_TOKEN_TO_BE_REPLACED

Isn’t nature full of wonders? No matter where we are, we can always appreciate its beauty. Have you ever sat near a quiet lake in a mountain, watched sparrows nesting in your garden or a tiny herb seedling grow on your kitchen windowsill? Taking in nature in all its beautiful shapes and forms can bring us a lot of joy – now possibly more than ever.

A praying mantis, a huddle of butterflies, Galician horses and an alpine sunset are the winners of this year’s European Environment Agency’s “Rediscover Nature” photo competition. 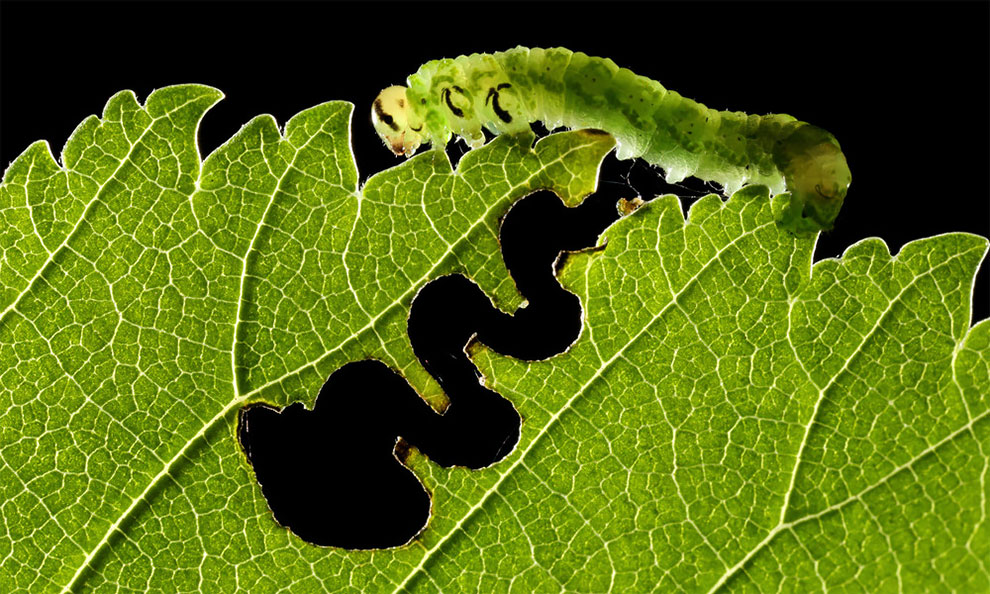 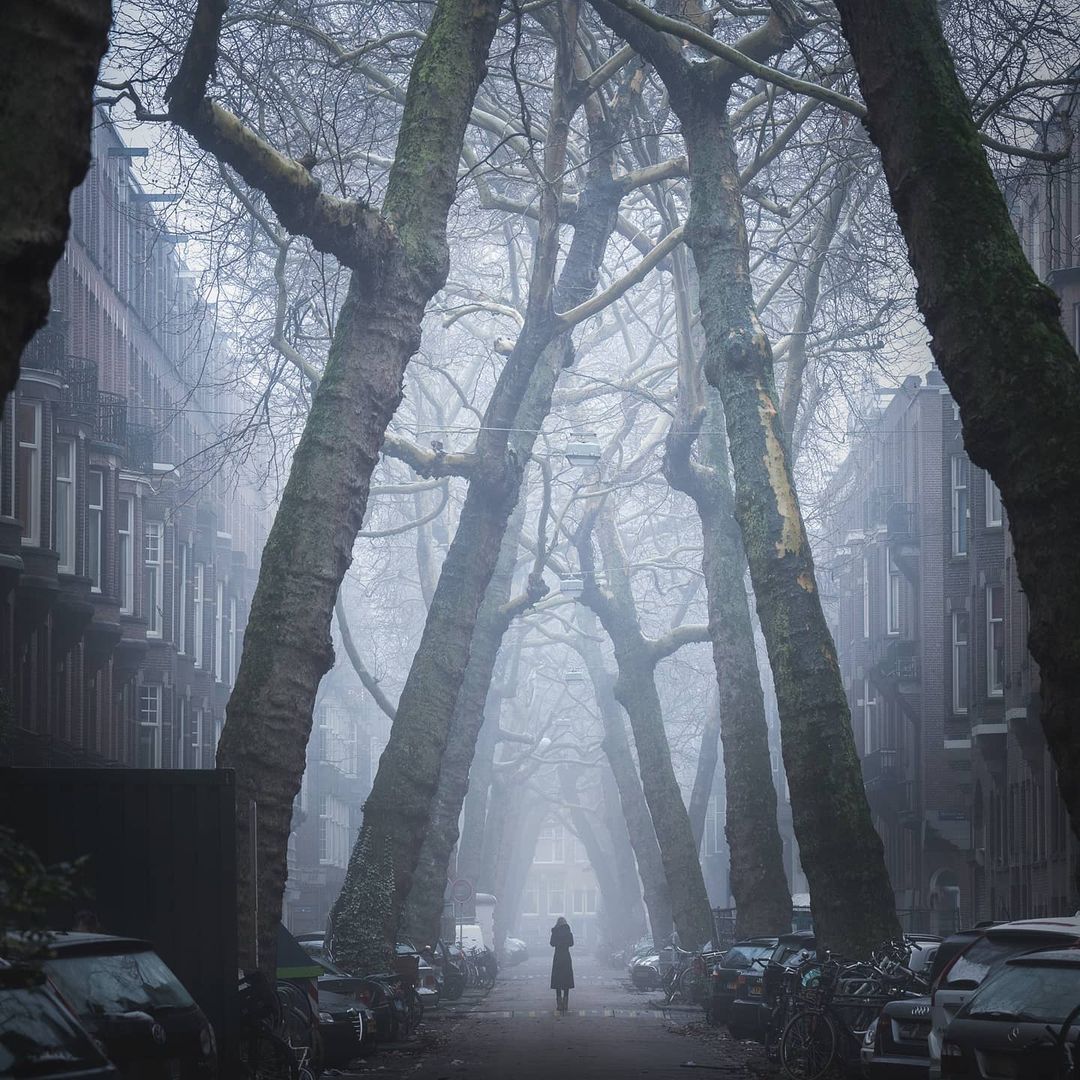 According to Albert: “I’m a 34 year old photographer from The Netherlands. I am known for my extreme passion for landscape photography, always wanting to plan unique shots. Volcanos, Solar Eclipses, I’ve done it all. END_OF_DOCUMENT_TOKEN_TO_BE_REPLACED

“How Do You Want to Be Remembered?”: This Company Develops Biodegradable Coffins Made from Mushrooms

One company in the Netherlands created what’s come to be known as the Loop coffin made of mushroom mycelium that biodegrades in just 30 to 45 days. The creator, TU Delft researcher Bob Hendrikx, woked with funeral directors to learn as much as he could about the burial process before designing the coffin made of natural materials. 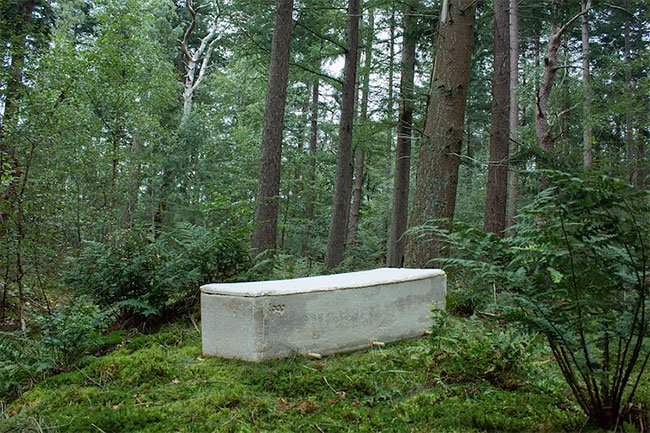 In our 200.000 years of existence, mankind has developed a relationship of parasitism with Mother Nature. Our current behavior results in resource depletion and ecosystem loss: in some places around the world more than 40% of the biodiversity has already been lost. Even after death we leave a scar on this beautiful planet. Mother nature has been leading the way for 3.8 billion years before us and can help us to do so in the future. What if we could participate in nature’s end-of-life cycle? END_OF_DOCUMENT_TOKEN_TO_BE_REPLACED 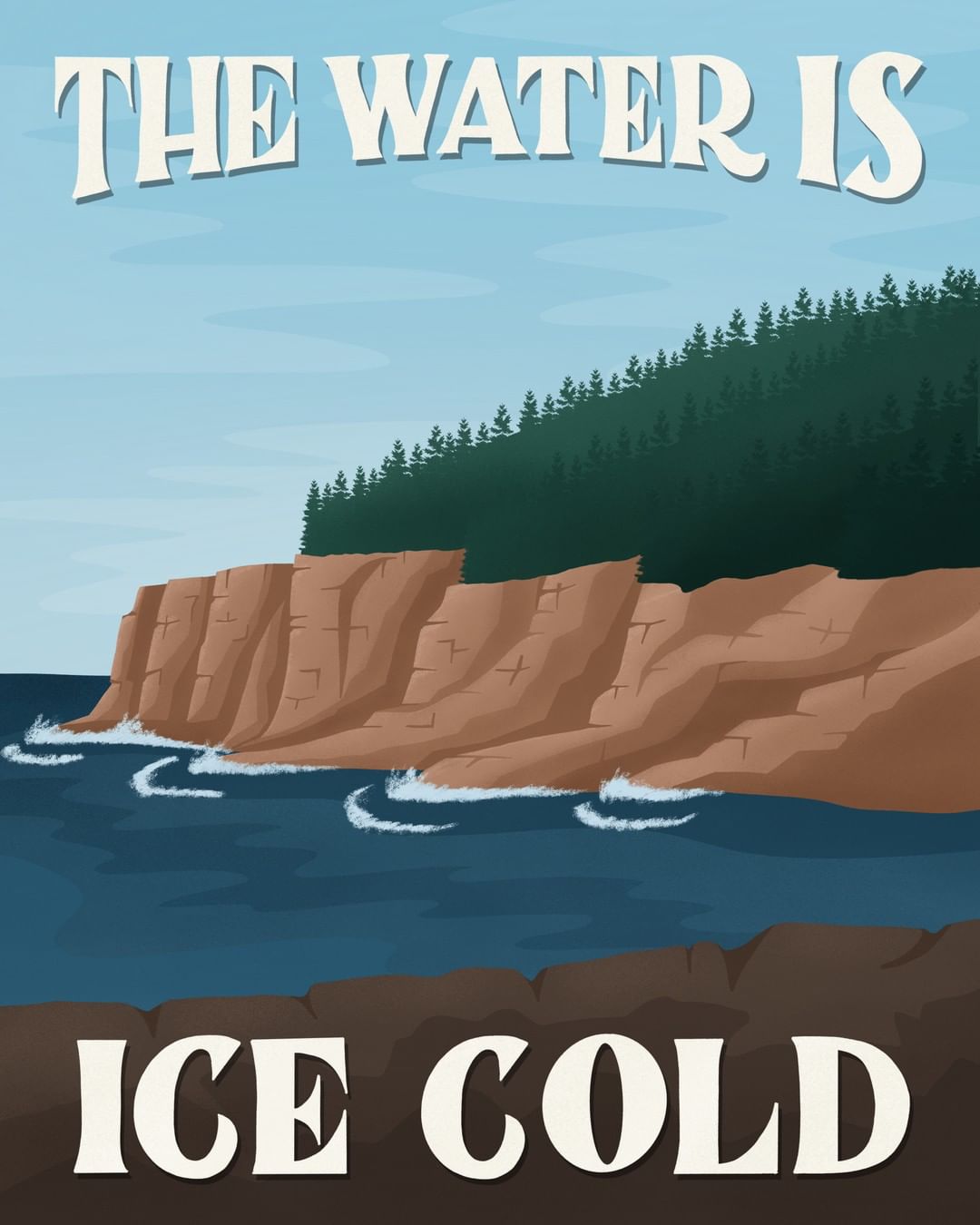 Graphic artist Amber Share has heard your cries of boredom and used them as inspiration to create brand new tourism ads for America’s National Parks. Here are a few of her posters that are sure to make anyone comfortable settling on a staycation instead of camping this year. END_OF_DOCUMENT_TOKEN_TO_BE_REPLACED

The winners have been announced in the Luminar Bug Photography Awards 2020, in association with Europe’s leading invertebrate charity, Buglife. Over 5,000 images were submitted from around the globe. The overall winning photographers were, Mofeed Abu Shalwa and Jamie Spensley. 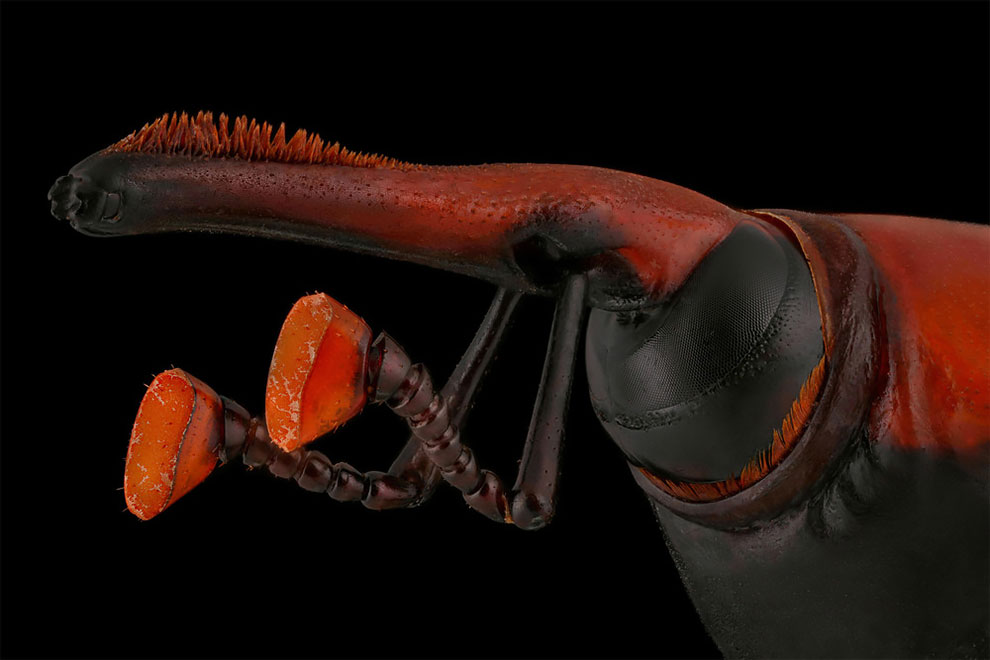 Misty Lochs, Magical Woods and Spectacular Lightning Strikes: Feast Your Eyes on The Incredible Winning Shots for The 2020 Landscape Photographer of The Year Awards

The splendour of Britain’s rural and urban landscapes have been captured in breathtaking fashion for the 13th time – by the shortlisted and winning entries to the 13th Landscape Photographer of the Year competition. Every time, without fail, the winning and shortlisted images by the nation’s most talented amateur and professional photographers take the breath away.

As before, prints of the top shots are presented in the lavish Landscape Photographer of the Year coffee-table book (AA Publishing).

This book is the perfect companion for all photography enthusiasts and armchair travellers, with every image accompanied by a first-hand account of the story behind the picture. 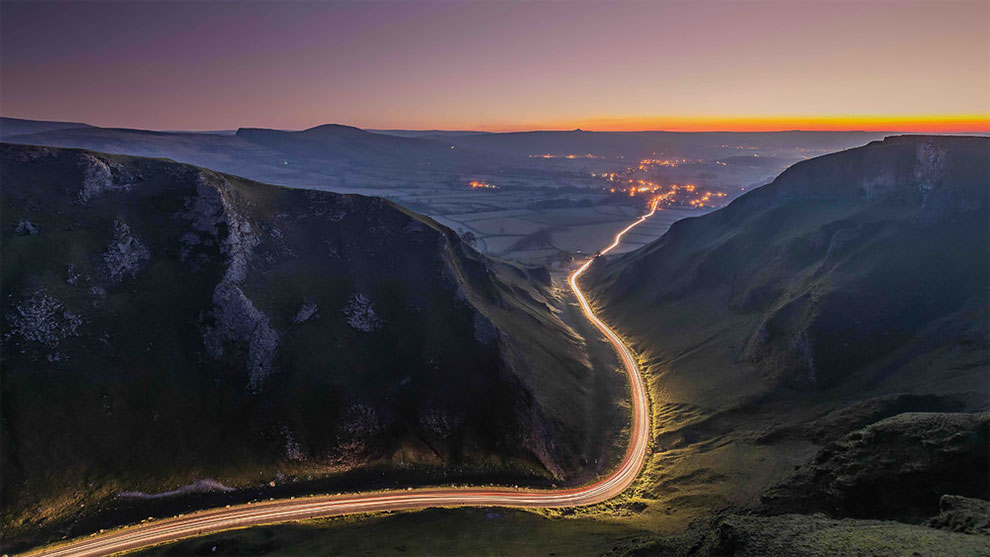 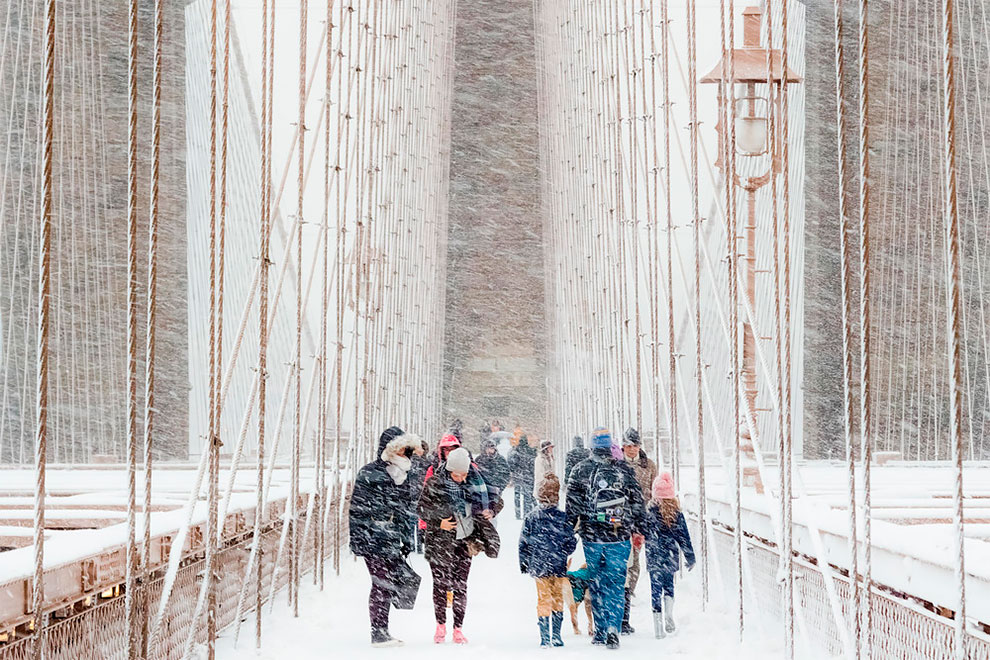 Spectacular Winning Images from The Wildlife Photographer of The Year 2020

Photographer Sergey Gorshkov’s picture wins the Wildlife Photographer of the Year grand title with an ethereal image of a Siberian tiger scent-marking a gnarled fir tree in the Russian Far East.

The picture, titled The Embrace, shows the intimate moment an endangered Siberian tiger hugs an ancient Manchurian fir tree to mark it with her scent. It took Russian photographer Sergey Gorshkov over 11 months to capture using motion sensor cameras. Her Royal Highness The Duchess of Cambridge announced the image as the grand title winner in the Wildlife Photographer of the Year competition, which received over 49,000 entries.

Winner – Animals in their Environment and Garand Title Winner: The embrace by Sergey Gorshkov, Russia Winner 2020 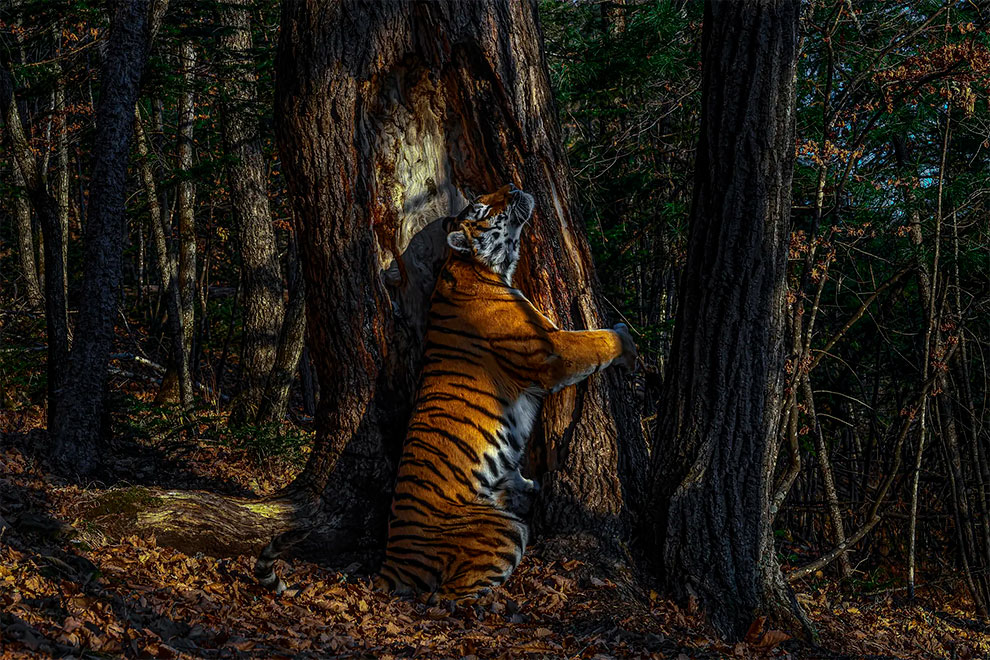 With an expression of sheer ecstasy, a tigress hugs an ancient Manchurian fir, rubbing her cheek against bark to leave secretions from her scent glands. She is an Amur, or Siberian, tiger, here in the Land of the Leopard National Park. Gorshkov installed his first proper camera trap in January 2019, opposite this grand fir. But it was not until November that he achieved the picture he had planned for, of a magnificent tigress in her Siberian forest environment. (Sergey Gorshkov/Wildlife Photographer of the Year) END_OF_DOCUMENT_TOKEN_TO_BE_REPLACED 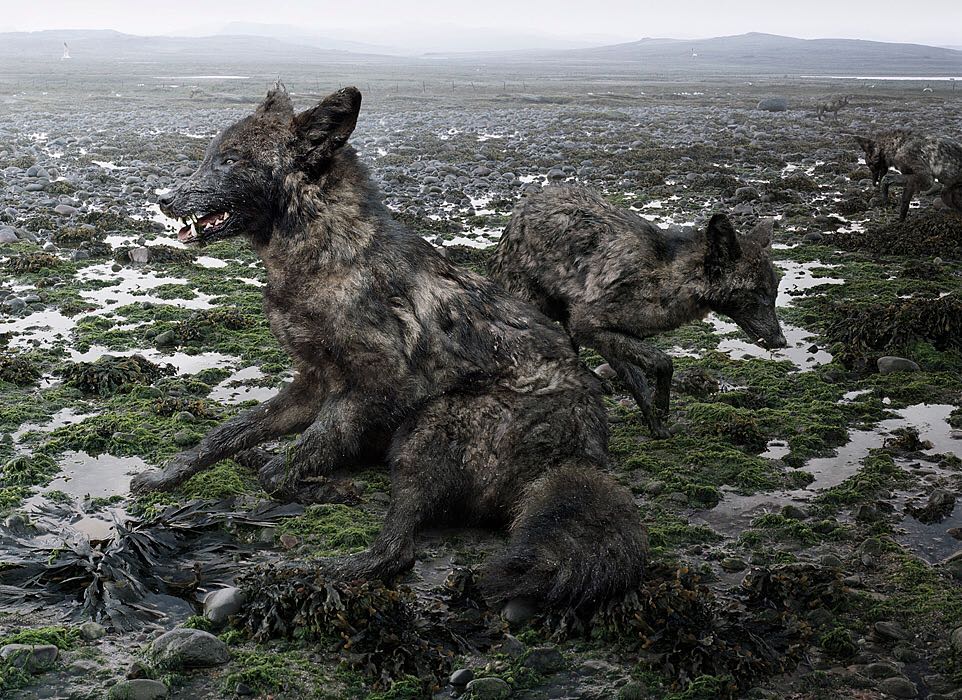 Simen Johan’s nature photography is majestic and enchanting, and right now it’s helping me to remember the beauty and magic of Mother Nature. Black Men are being hunted down like prey in the streets of America by racist police, but the way humans have set up this system doesn’t reflect the natural world we all come from. While looking at these photos, I’m daydreaming about a world without racism of any kind, where human unity reigns supreme! END_OF_DOCUMENT_TOKEN_TO_BE_REPLACED