The Dream Collector: Photographer Used His Camera to Recreate Children’s Nightmares From the 1960s 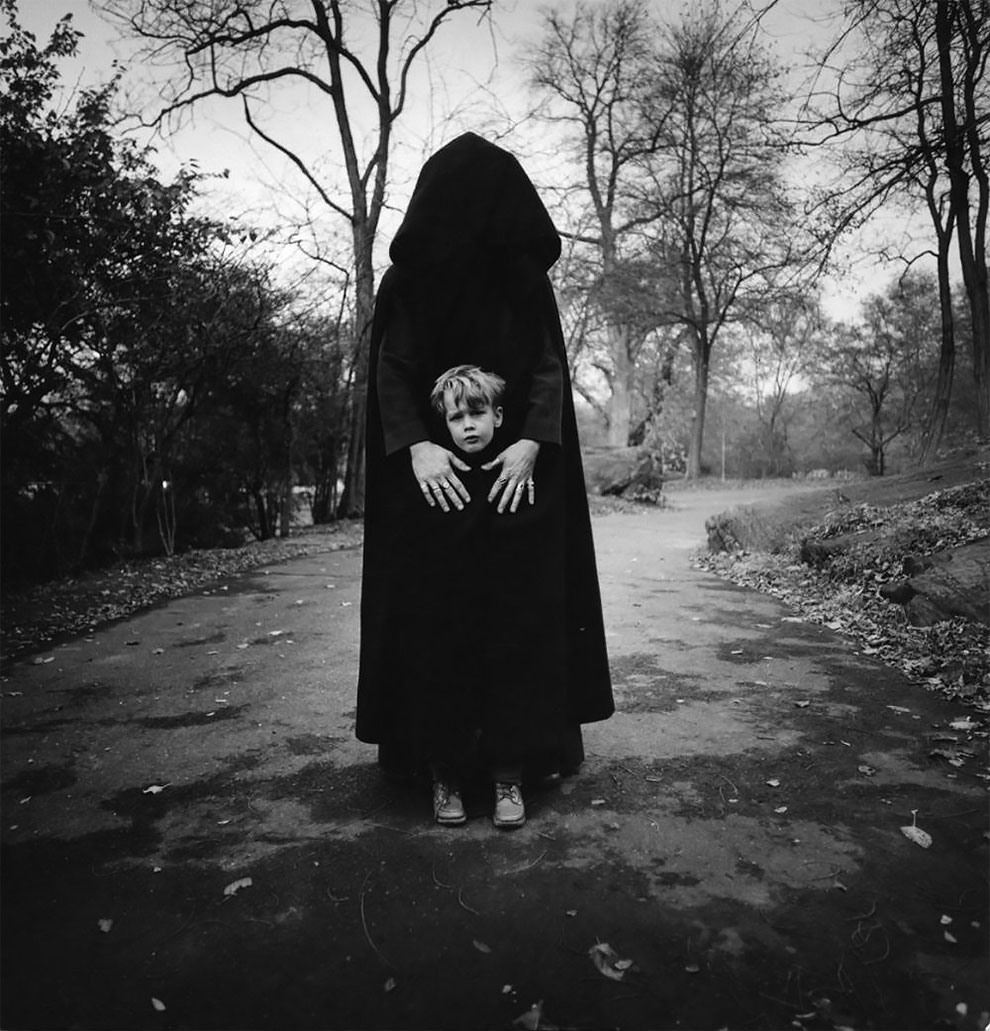 Childhood dreams were what interested American photographer Arthur Tress when, in the late 1960s and ’70s, he created his psychoanalytic “Dream Collector” series of images, which captured children’s nightmares in terrifying detail. Interviewing children about their most memorable dreams, Tress attempted to depict the stories for his camera using the same children as his actors. END_OF_DOCUMENT_TOKEN_TO_BE_REPLACED

The Book Of The Dead: Artist Paints Nightmares With His Own Blood 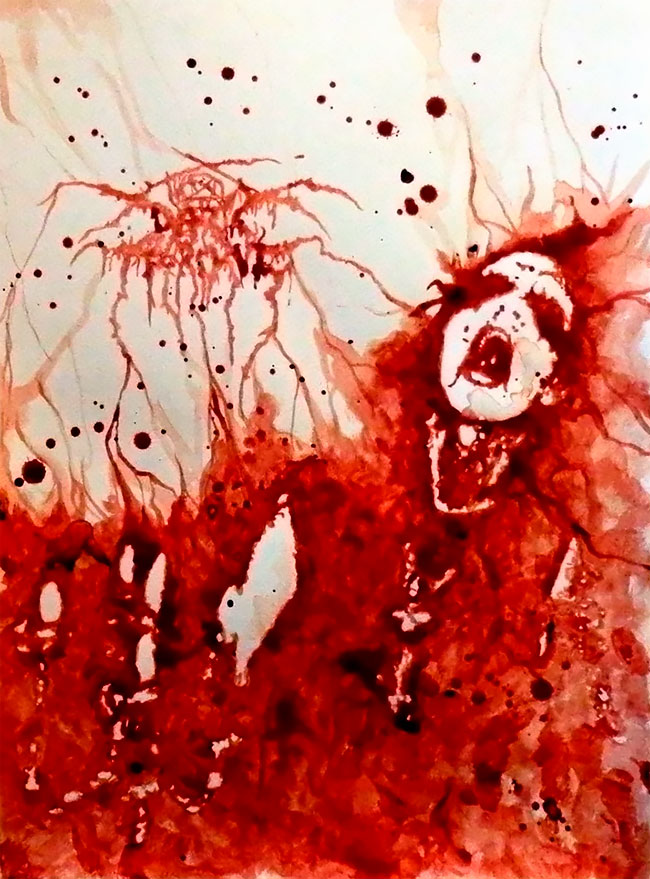 Maxime Taccardi is an artist who is most notable for his unusual method – creating his pieces using his own blood. He studied art in collage, his thesis focusing on the monstrosity and what is considered abnormal by society. Currently he is a middle school art teacher, but plans to continue furthering his creative career. His catalogue of work is varied, including painting, drawing, filmmaking and music. END_OF_DOCUMENT_TOKEN_TO_BE_REPLACED

The Horror Of Sleep Paralysis Hallucinations Revealed In 46 Dark Drawings 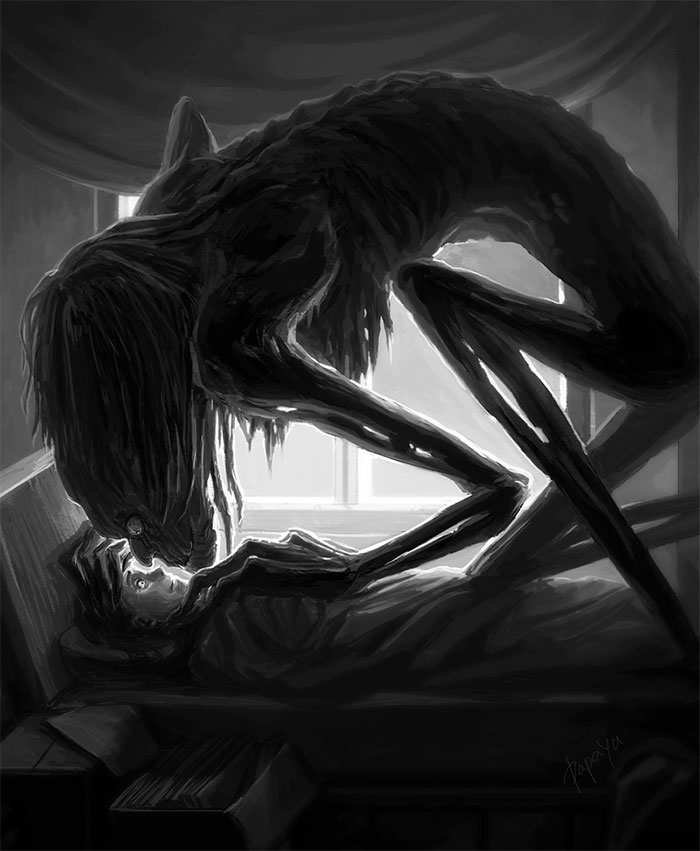 Sleep paralysis is a curious thing. As you might know, during an episode of sleep paralysis a person is unable to move or speak, all the while being totally aware of that. If that wasn’t enough, there’s also an eerie twist – while being paralyzed, one might also see hallucinations, which, when seen for the first couple of times might be intensely scary. And to make it just a little bit more fun, visual hallucinations are never pleasant, merely the level of terror felt might vary. Of course, there are a couple of theories why these things happen to usually otherwise healthy people, but nobody knows for sure. END_OF_DOCUMENT_TOKEN_TO_BE_REPLACED 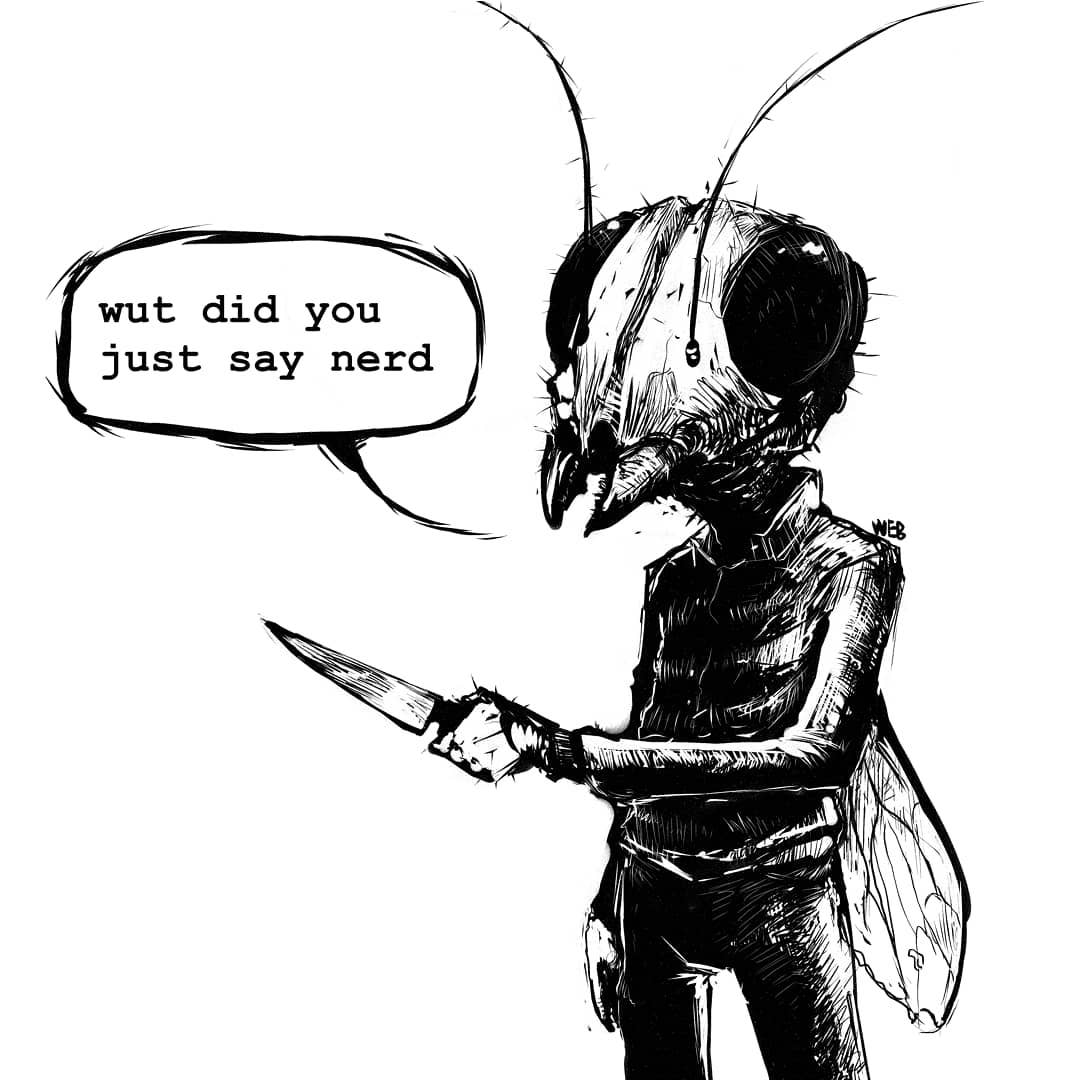 William Burke is a self-taught artist and writer who creates all sorts of creepy illustrations and comics. The artist says “weird and creepy shit” is his passion and hopes to one day make art his career. END_OF_DOCUMENT_TOKEN_TO_BE_REPLACED

“Welcome To The Mystically Beautiful World Of Your Nightmares”: The Superb Digital Art By Stefan Koidl 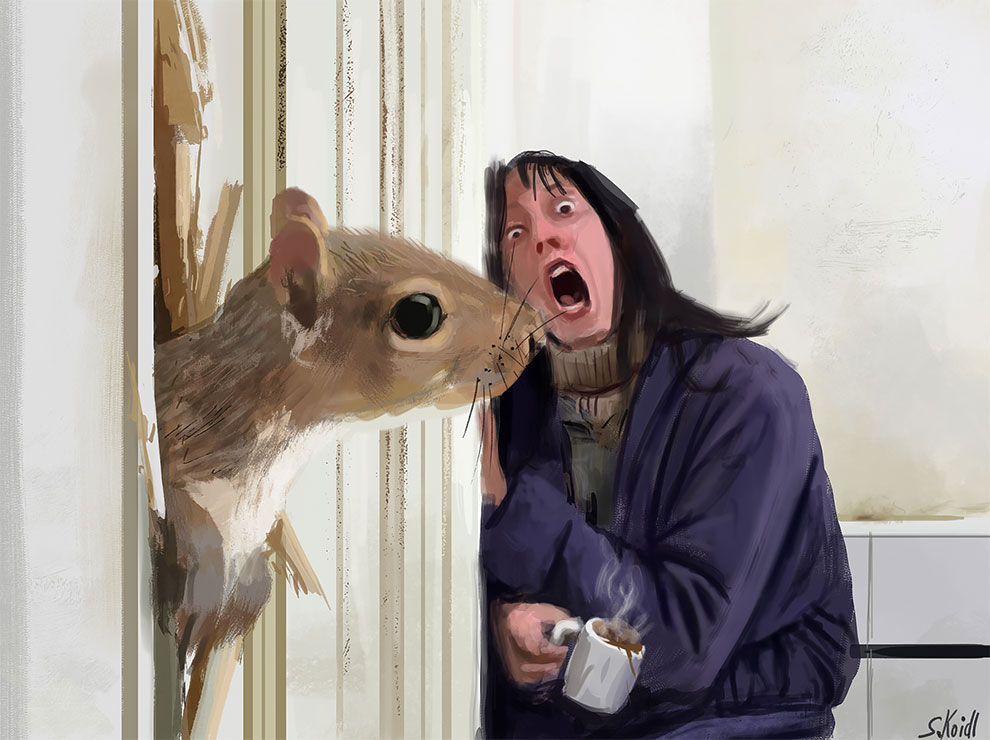 What is hidden under the cover of night? Who can you meet in a gloomy forest? Whose footsteps are heard behind in a dark alley? Why did the floorboard creak in the empty room? END_OF_DOCUMENT_TOKEN_TO_BE_REPLACED 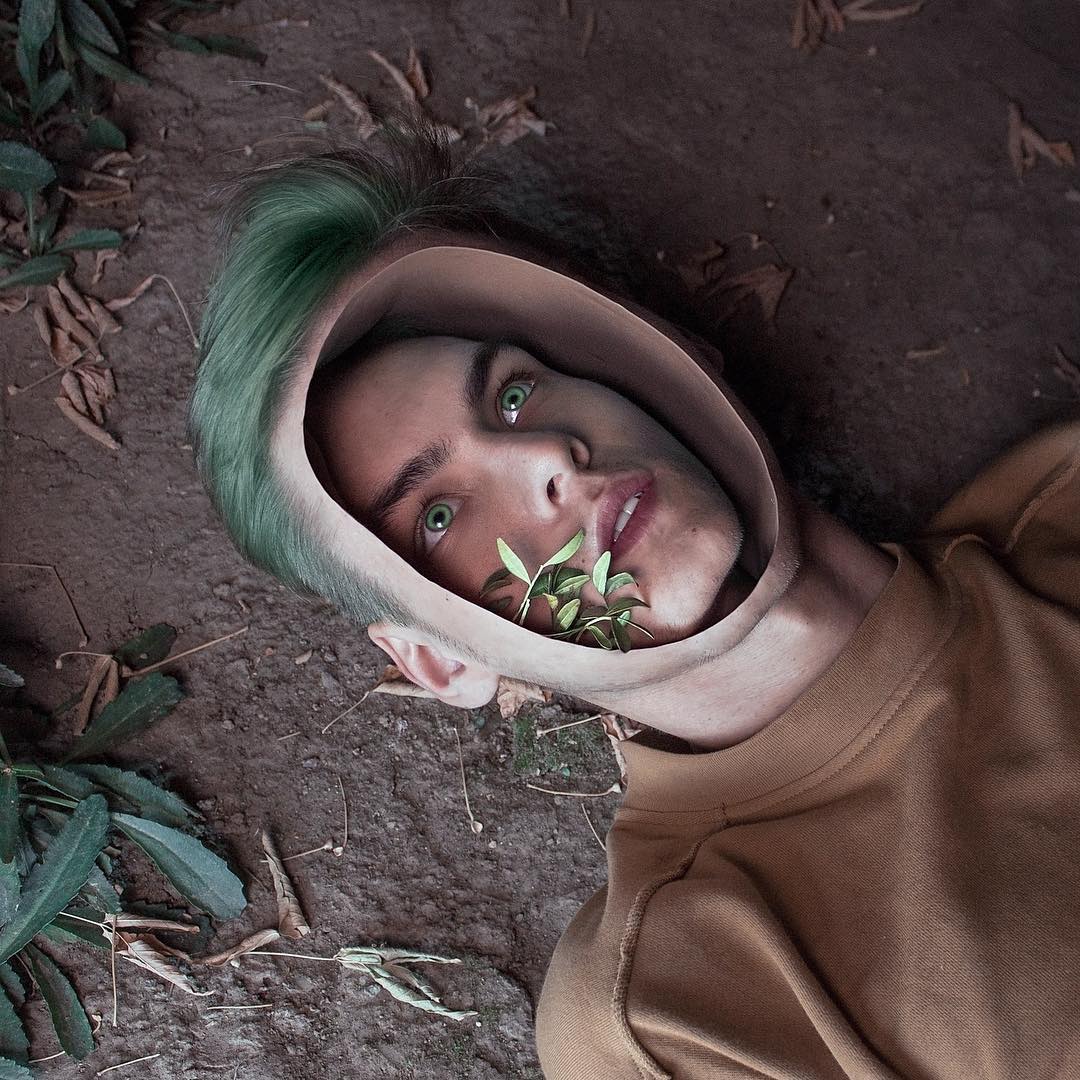 Andrey Tyurin is a Russian artist who has an unparalleled talent combining two of his passions, photography and photoshop, to create fantastic and surreal arts. Not to mention that he is a young man of just 18 years! This young Russian, known for his “darkflawless” Instagram profile, seems to have a promising way to success ahead. END_OF_DOCUMENT_TOKEN_TO_BE_REPLACED

Teenager Does An “It”-Themed Photoshoot With His Baby Brother, And It Will Give You Nightmares 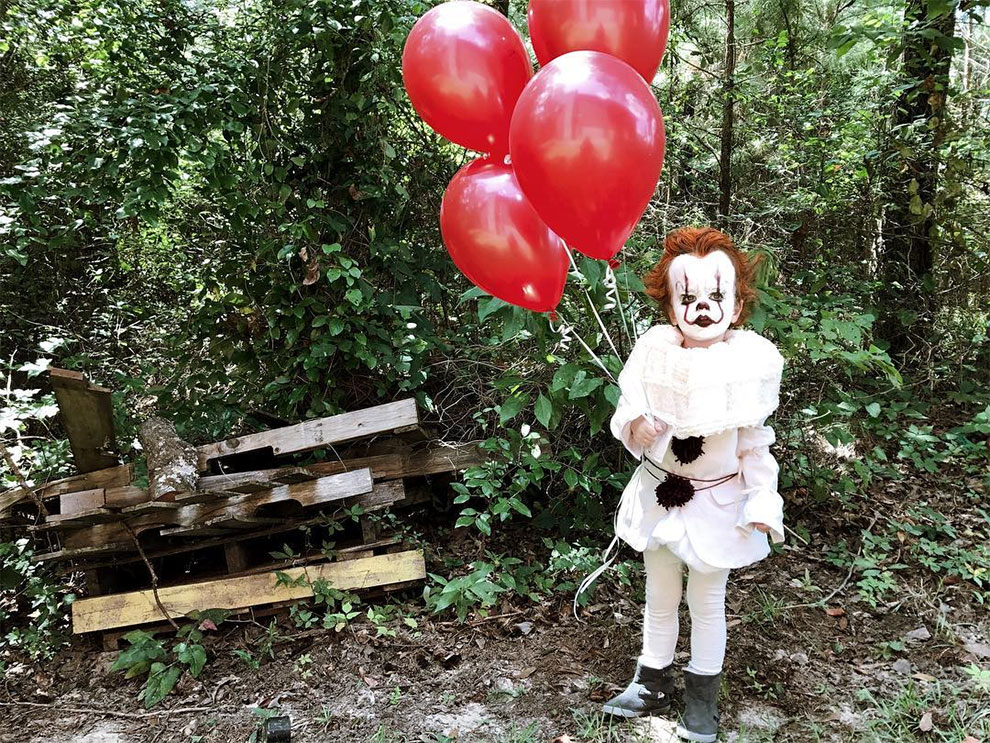 Twisted clowns terrify a lot of children, but twisted child clowns easily petrify most adults, too. 17-year-old Mississippi photographer Eagan Tilghman has released pictures of a creative photoshoot he did with his 3-year-old brother Louie, and the results look nightmarishly realistic. END_OF_DOCUMENT_TOKEN_TO_BE_REPLACED

Cristiano Ronaldo’s New Bust Will Give You Nightmares 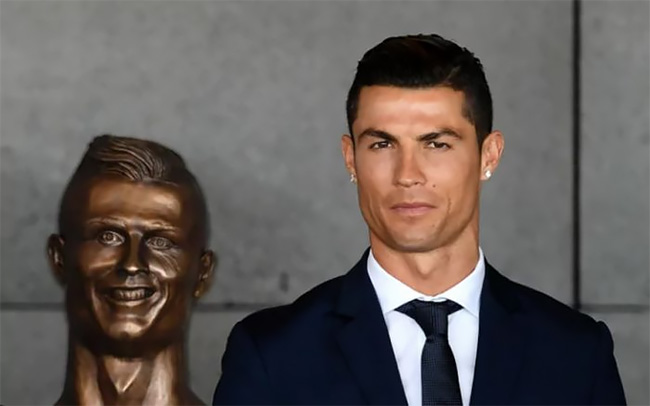 Real Madrid soccer player Cristiano Ronaldo unveiled an airport named Aeroporto Cristiano Ronaldo in Madeira, Portugal. In addition to getting an airport named after himself, the footballer was honored with a bronze bust in his likeness. The artist, a local sculptor named Emanuel Santos, has spoken up about the much reviled statue, saying, basically, “you can’t win ’em all.” END_OF_DOCUMENT_TOKEN_TO_BE_REPLACED

Sarah Mudle’s Creepy Makeup Art Will Give You Nightmares 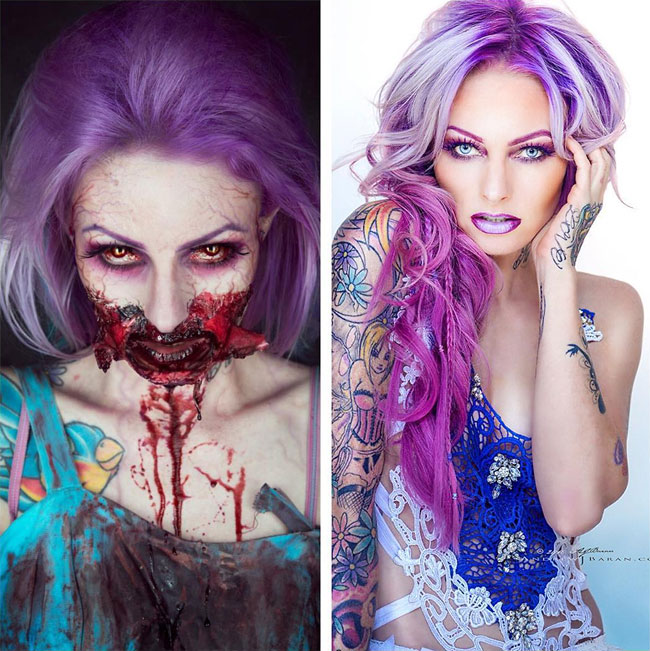 Sarah Mudle is most definitely ready for Halloween. The 33-year-old makeup artist/model/actress from Gold Coast, Australia loves to show off her work on social media, and people clearly appreciate her talents because she has a following of over 1 million people on Facebook. END_OF_DOCUMENT_TOKEN_TO_BE_REPLACED

The Jeep Wrangler Based G. Patton Tomahawk 6×6 Is What Nightmares Are Made Of 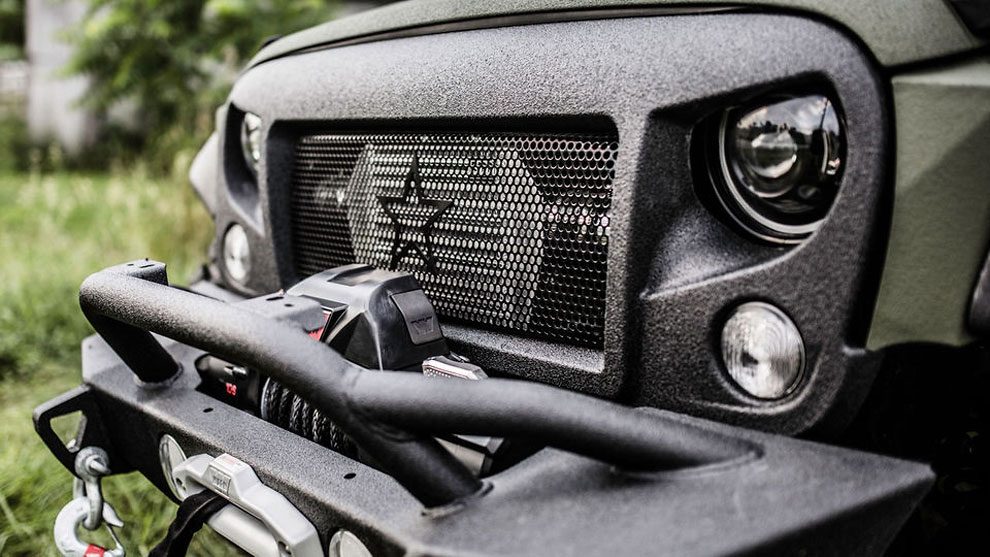 This is the G. Patton Tomahawk, and it looks like a Jeep Wrangler subjected to repeated jabs of testosterone injections. So much so, its grew an extra pair of wheels, while its skin became as hard as rock. Of course, there should be no questions asked regarding its inspiration, which is unequivocally the monstrous Mercedes-AMG G 63 6×6. END_OF_DOCUMENT_TOKEN_TO_BE_REPLACED 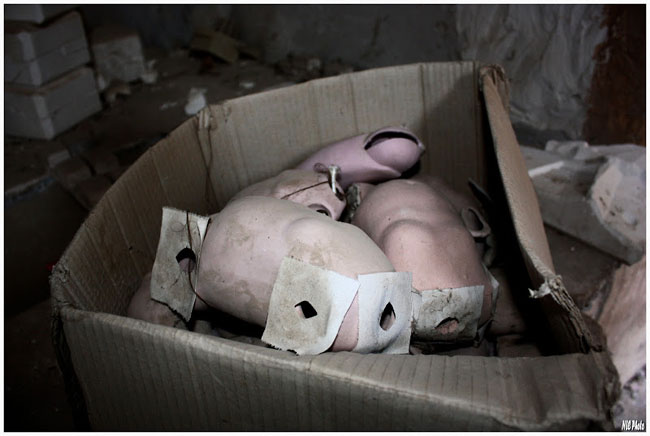 Urban explorer and photographer Nacho Labrador from Territorio Abandonado decided to explore an abandoned doll factory and he captured some of the creepiest photos you’re ever going to see. END_OF_DOCUMENT_TOKEN_TO_BE_REPLACED

Funny Comics About Finnish Nightmares That Anyone Can Understand 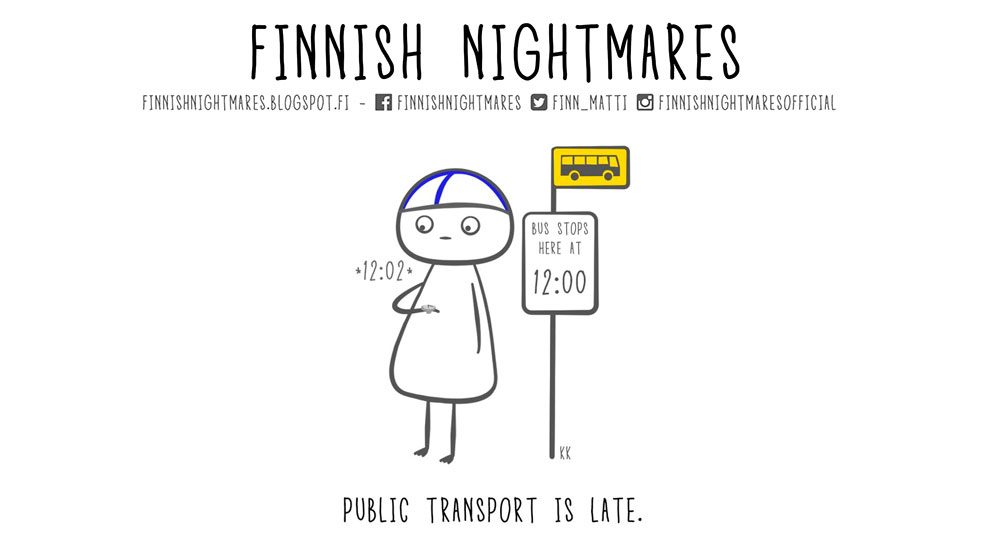 In this hilarious bunch of comics Karoliina Korhonen tried to depict typical Finns. But I’m pretty much sure everyone can relate. END_OF_DOCUMENT_TOKEN_TO_BE_REPLACED

Winnie The Pooh Face Masks Are Giving Everyone Nightmares

Deep in the 100 acre wood, where Christopher Robin plays… You’ll find a face-melted orange monster that will haunt your nightmares. These photos show people donning ‘relaxation masks’ which come in sweet cartoon packaging but are FAR from cute when people actually put them on. END_OF_DOCUMENT_TOKEN_TO_BE_REPLACED 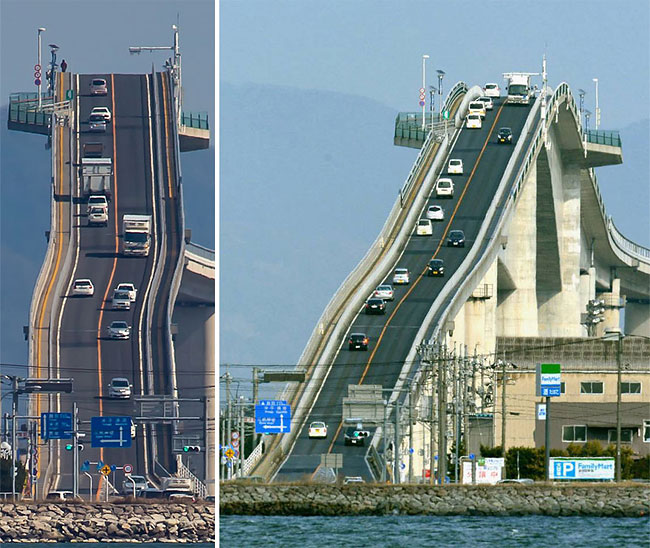 It is a hill start to give even the most confident learner driver nightmares. The Eshima Ohashi bridge in Japan – the third largest of its kind in the world – rises sharply so ships can pass underneath. The concrete road bridge spans a mile across Lake Nakaumi, linking the cities of Matsue and Sakaiminato. END_OF_DOCUMENT_TOKEN_TO_BE_REPLACED 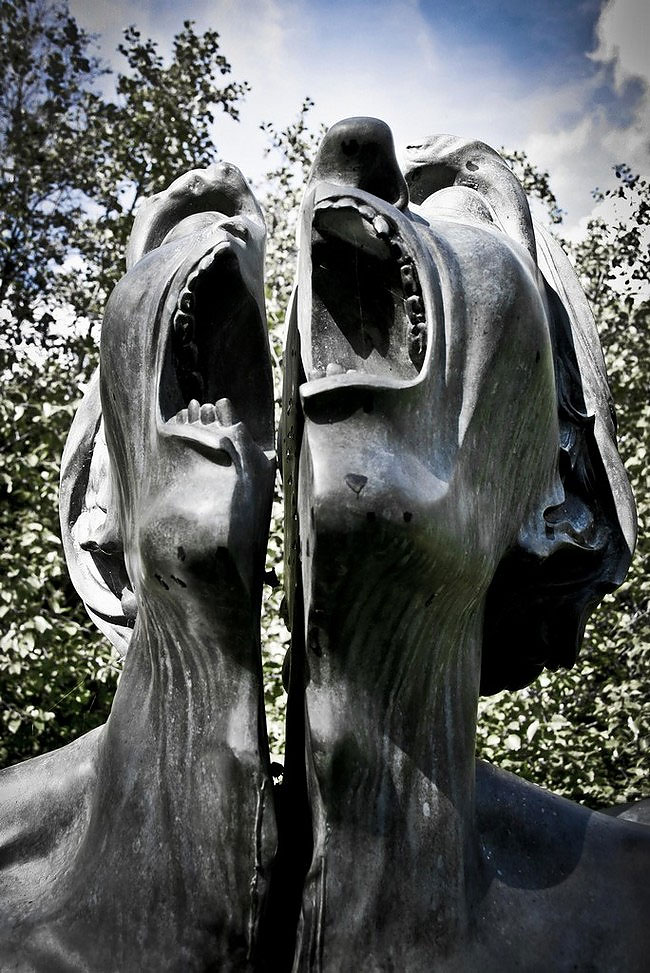 Victoria’s Way is located near Roundwood, Ireland and was designed for practicing Eastern meditation techniques. Passers-by may find this strange, as the park is populated with huge, black granite sculptures that look like horrifying monsters. END_OF_DOCUMENT_TOKEN_TO_BE_REPLACED

Every child fears the monsters lurking under his or her bed as soon as the lights turn off. But now Paris-based photographer, Laure Fauvel, is helping kids battle those scary, hairy and creepy ghouls one nightmare at a time. “I wanted to show the nightmares in a different way, with children fighting fears and not being victims”, Fauvel, 22, said. (Don’t worry. No monsters were hurt during the making of these photos, Fauvel assured). 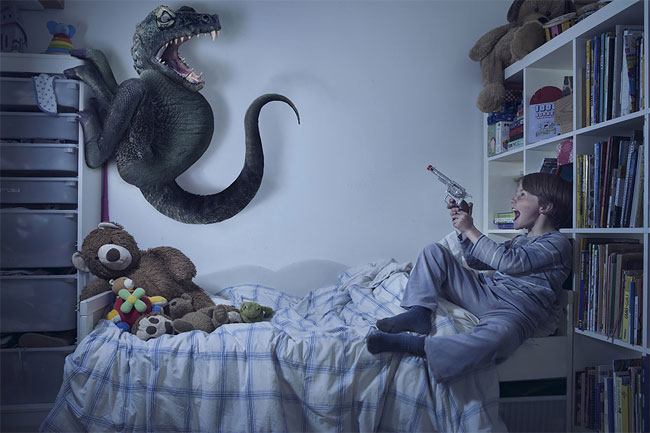 Christo fights a monster with a “gun” in his bedroom in Laure Fauvel’s “Terreurs”, 2014, in Paris, France. An imaginative photographer has brought to life monsters that haunt children’s nightmares. Armed with sticks, wands and swords the eight and nine year-olds appear to be getting the upper-hand against the villains. Parisian photographer Laure Fauvel, 22, said: I wanted the children not be victims and to fight the monsters. (Photo by Laure Fauvel/Barcroft Media)
END_OF_DOCUMENT_TOKEN_TO_BE_REPLACED