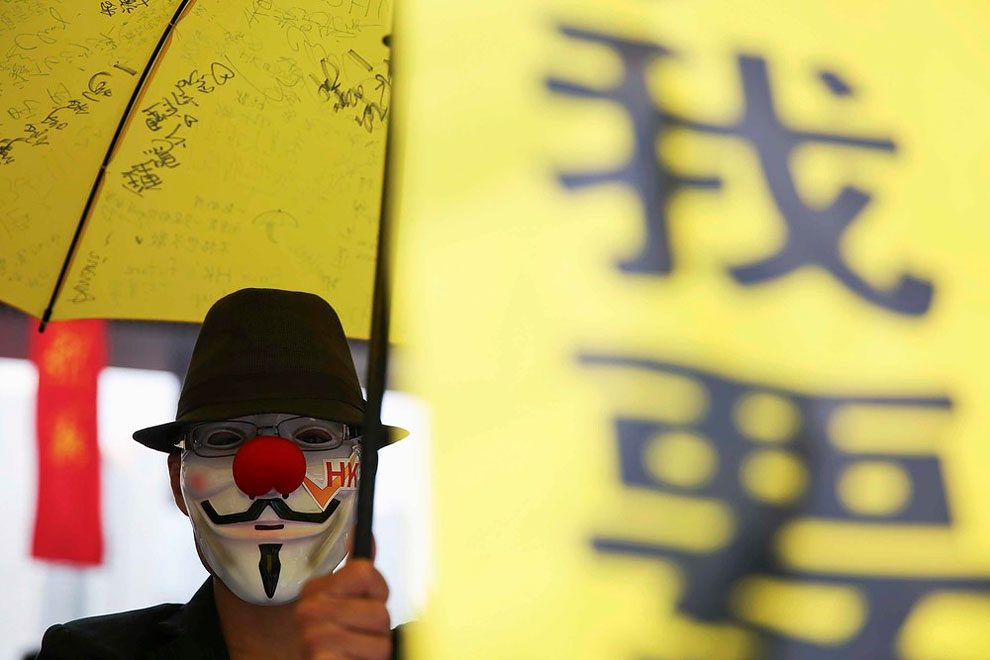 A pro-democracy protester wearing a Guy Fawkes mask holds a yellow umbrella and a banner in the part of Hong Kong’s financial central district protesters are occupying November 2, 2014. The former British colony of Hong Kong, which returned to Chinese rule in 1997, has witnessed a month of protests calling on the Beijing-backed government to keep its promise of introducing universal suffrage. The protests have for the most part been peaceful, with occasional clashes between the student-led protesters and Beijing supporters seeking to move them from the streets. (Photo by Damir Sagolj/Reuters)
END_OF_DOCUMENT_TOKEN_TO_BE_REPLACED 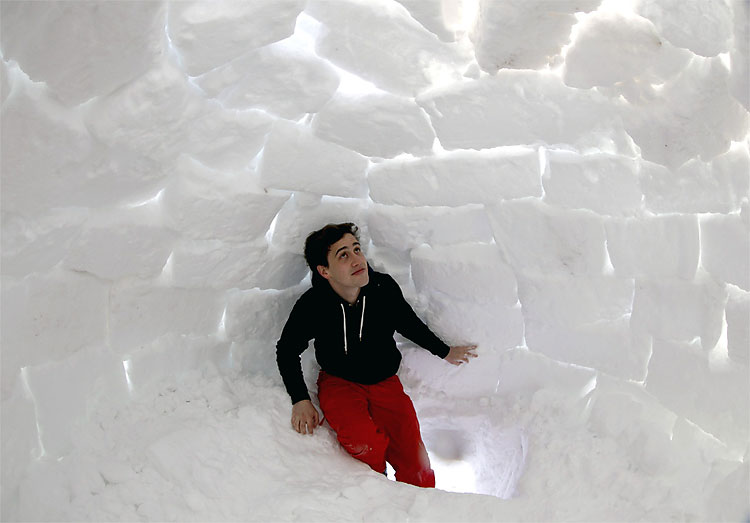 David Roth, president of the youth organization JUSO of the Swiss Social Democrats (SP), stands inside of the first igloo of the Occupy WEF movement at their camp site in the Swiss mountain resort of Davos, Switzerland. The Occupy WEF members will stay in a camp of several igloos to protest during the World Economic Forum which takes place from January 25 to 29. (Reuters) END_OF_DOCUMENT_TOKEN_TO_BE_REPLACED 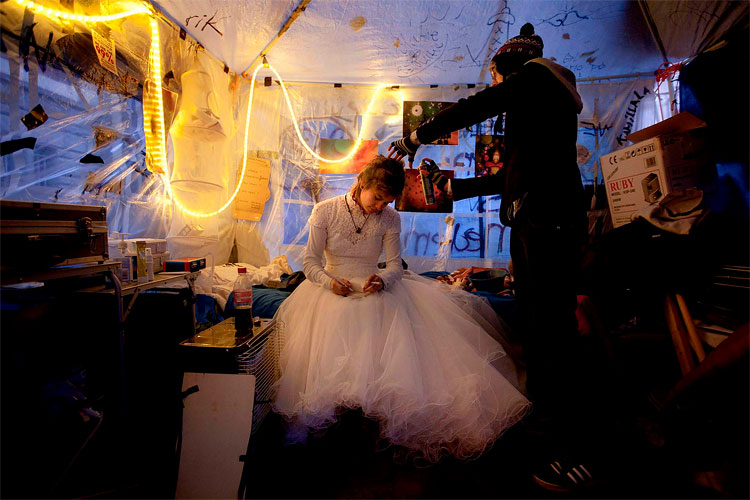 A cat passes by graffiti reading “re-evolve” in front of a closed hotel, occupied by protesters, next to Madrid’s landmark Puerta del Sol. (Reuters) END_OF_DOCUMENT_TOKEN_TO_BE_REPLACED