Photo of the Day: How to Become a TV Star 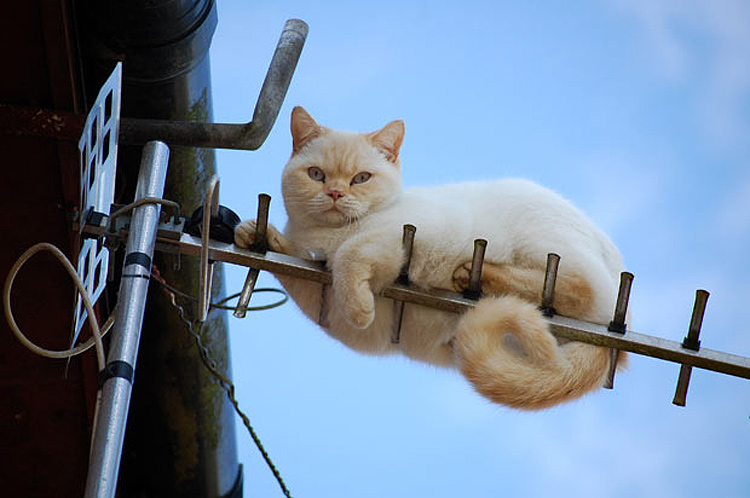 This cat was left clinging on to a television aerial 20ft in the air for three hours after falling off a roof. Peter Smith, 67, from Long Stratton, Norfolk, was woken by the sound of loud meowing and saw the cat when he opened his curtains. “My wife and I could hear this meowing that went on and on, so I looked out the window and was shocked to see a cat stuck on the aerial,” he said. “It was next-door’s cat and I think it must have been chasing a bird across the roof and fallen off. It was very scared and clinging on for dear life as the aerial is quite flimsy.” Mr Smith’s neighbour used a large ladder to reach his cat and the poor pet was brought down. “It was very shaken after the ordeal,” added Mr Smith. (Picture: GEOFF ROBINSON PHOTOGRAPHY / The Telegraph)