Wild Portraits and Magical Landscapes: Spectacular Winning Images of The Nature TTL Photographer of The Year 2022

The Nature TTL Photographer of the Year winner has been chosen from more than 8,000 images from all over the world. From a scarred lion getting its close-up to a fish with a mouthful, entrants competed to secure category wins in wild portraits, animal behaviour, camera traps, underwater, the night sky, small world, landscapes, urban wildlife and under-16, with the overall winner chosen from the category wins. 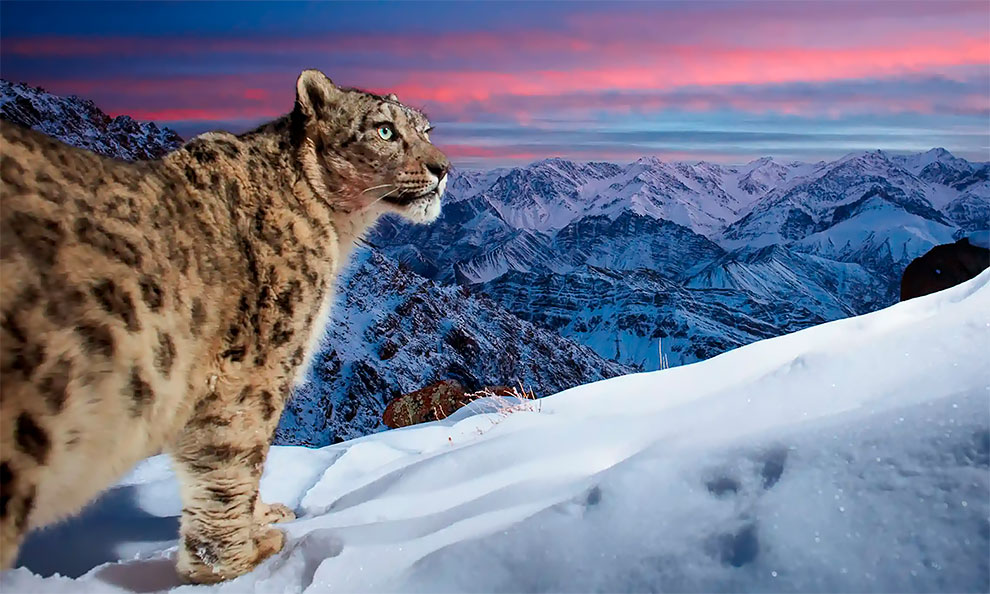 A snow leopard scans for prey across the jagged peaks of the Ladakh mountain range in India. This image was captured during a three-year DSLR camera trap project in the Indian Himalayas. Photograph: Sascha Fonseca 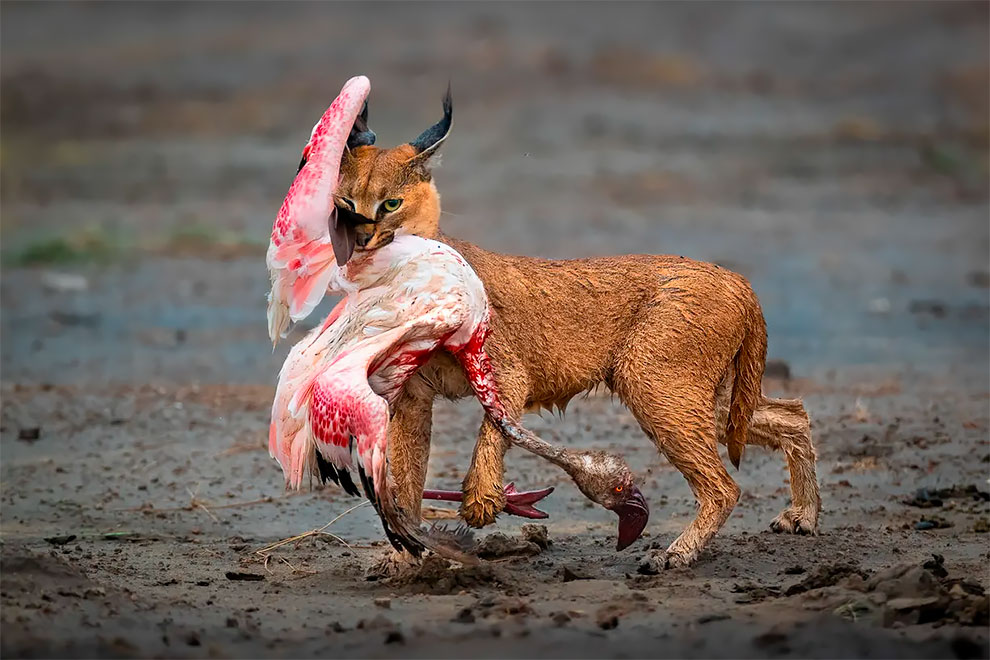 ‘We had received word about a serval hunting birds along the shore of Lake Ndutu in Tanzania so we raced over to see. Upon arrival, we quickly realised that it was in fact a caracal and not a serval, and it was hunting flamingos that were feeding in the shallows. Within a minute of arrival, the caracal started stalking and eventually was successful at hunting one of the beautiful but unlucky birds.’ Photograph: Dennis Stogsdill 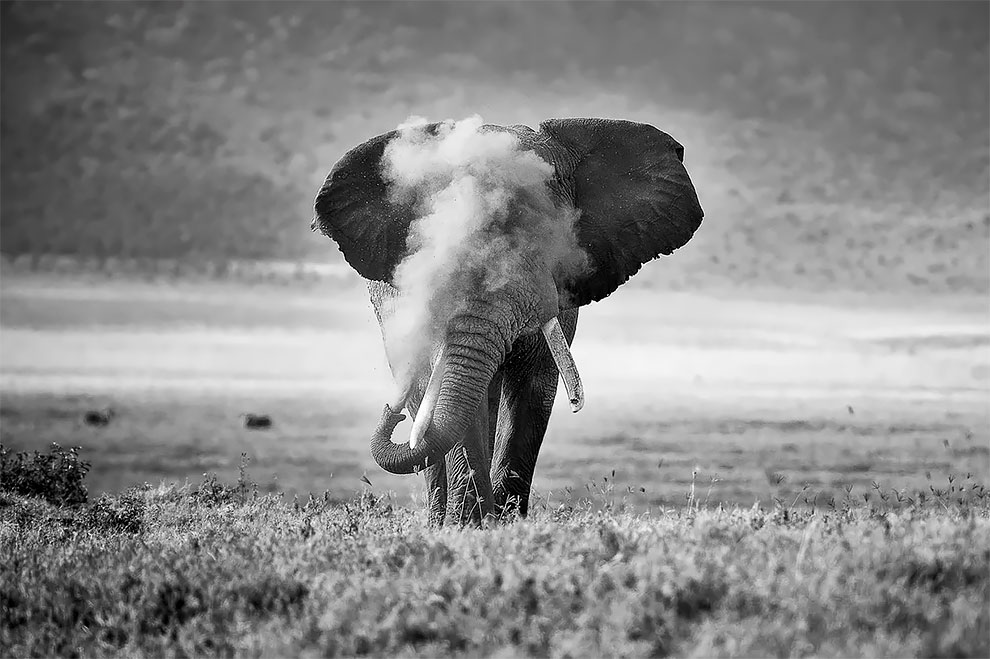 ‘After wallowing in the mud, this majestic African elephant was walking towards our safari vehicle in the Ngorongoro Crater in Tanzania.’ Photograph: Michael Snedic 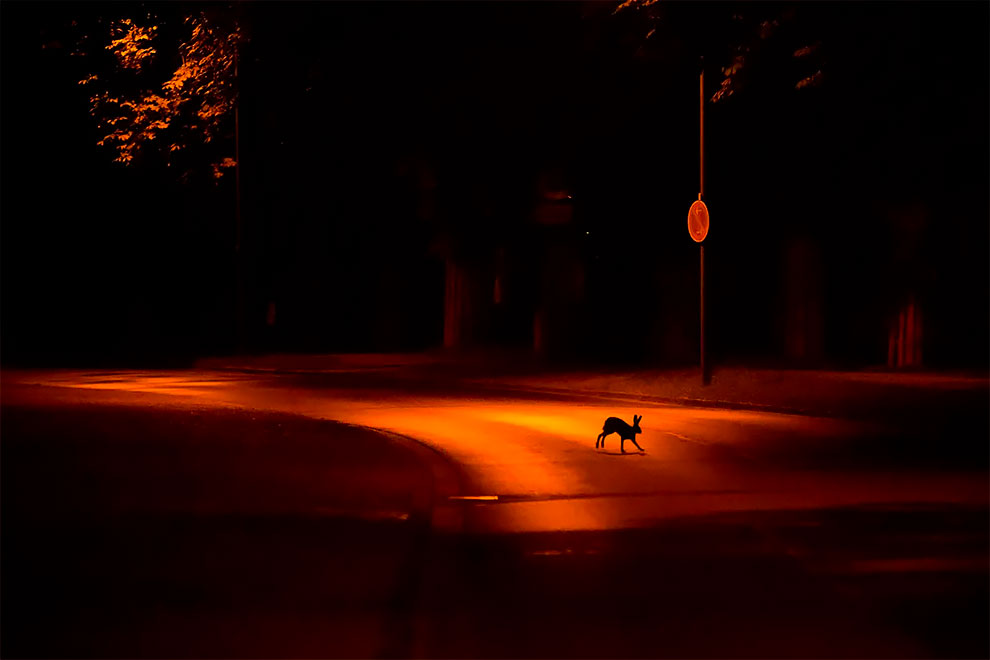 ‘During the daytime this place on the outskirts is totally crowded by people going about their daily business. But at night, it belongs to the animals that come out to play under the streetlights.’ Photograph: Jan Piecha 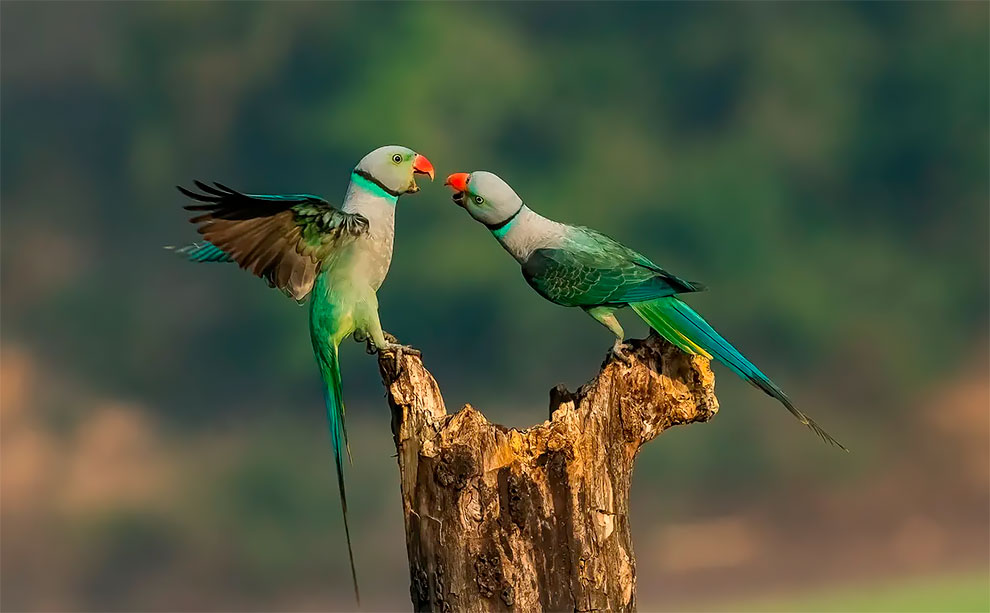 ‘Malabar parakeets are wonderful creatures – they are also called blue-winged parakeets. They usually flock together and are seen in huge numbers … It was my privilege to shoot this image from a bird hide. These two are fighting over a stump that had paddy grains as its feed.’ Photograph: Achintya Murthy 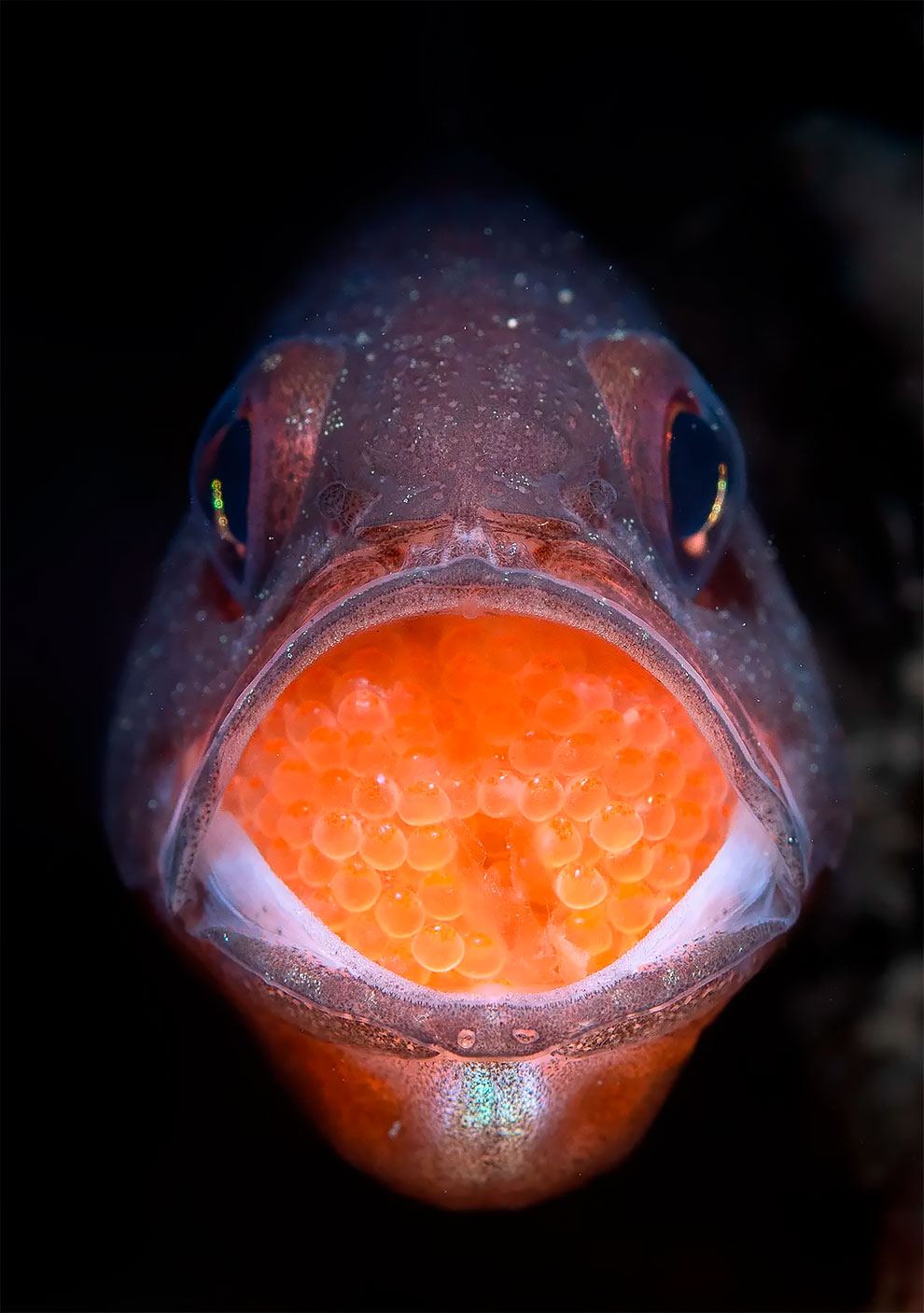 ‘A male eastern gobbleguts carrying eggs in its mouth. When the female is ready to make the transfer, the male opens his mouth near her cloaca orifice, as she pushes the eggs out in a cone-like manner.’ Photograph: Talia Greis 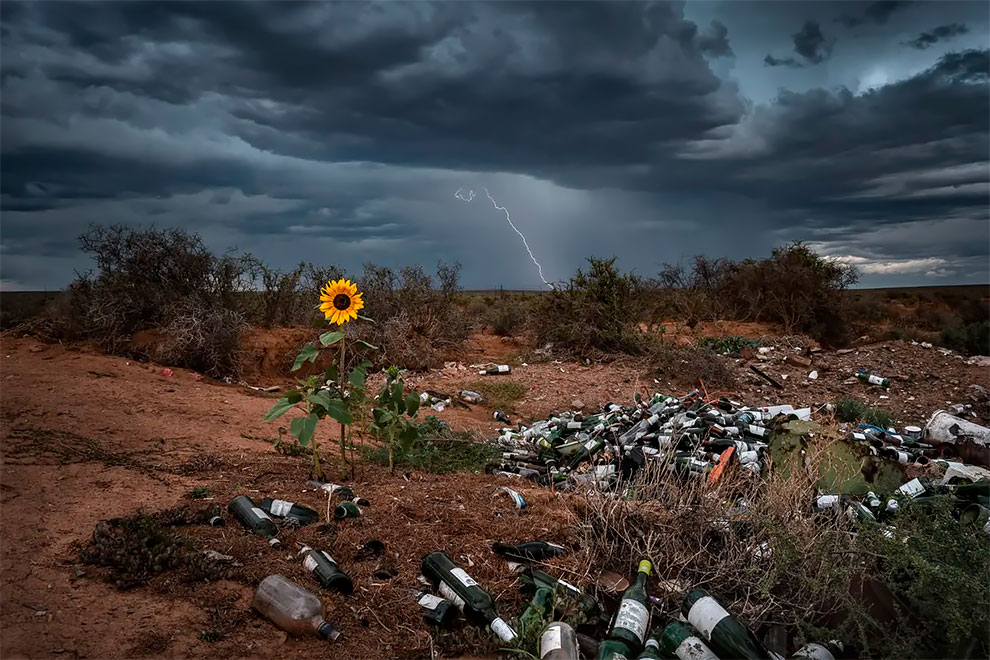 ‘A thunderstorm passes over a sunflower which, against the odds, has managed to survive on a rubbish dump in the semi-arid Karoo region of South Africa.’ Photograph: Bertus Hanekom 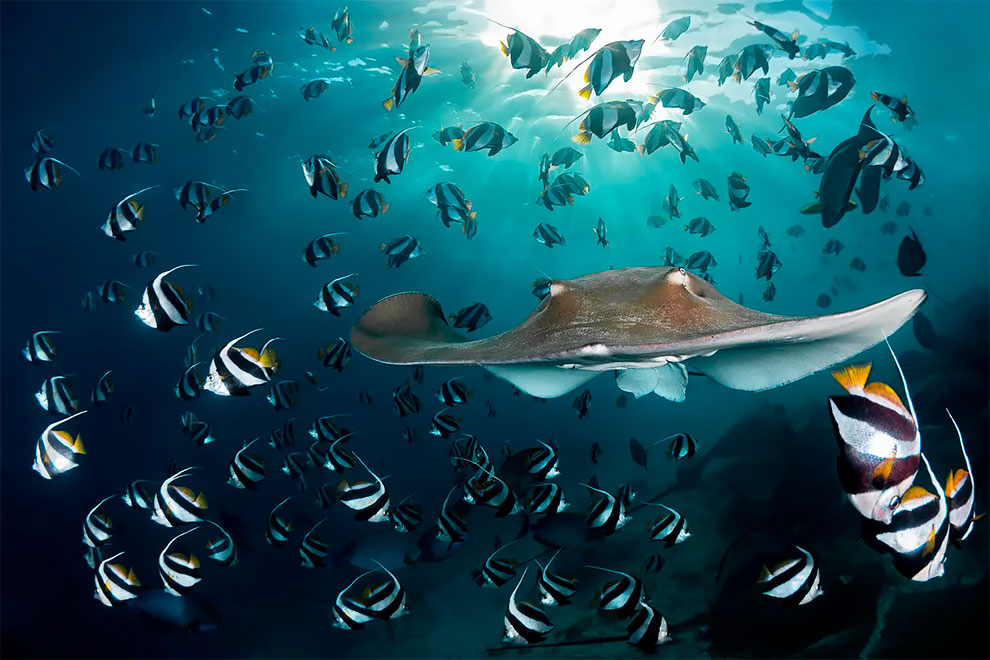 ‘A pink whipray splitting a school of bannerfish, shot against the setting sun on a late afternoon at the famous dive site “Tuna Factory” that is located close to Malé, the capital of the Maldives.’ Photograph: Andy Schmid 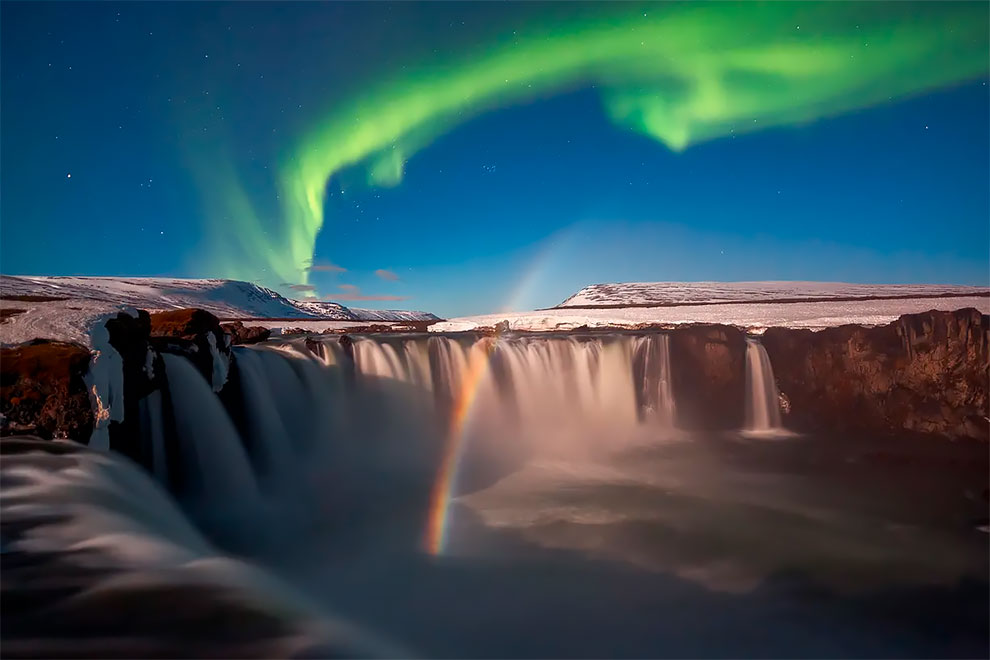 ‘This shot is a mixture of magical elements: the light of the moon whose incidence at the right angle generated a magnificent rainbow; the beautiful northern lights shot just above the lunar rainbow; finally Godafoss, a spectacular waterfall in Iceland.’ Photograph: Mauro Tronto 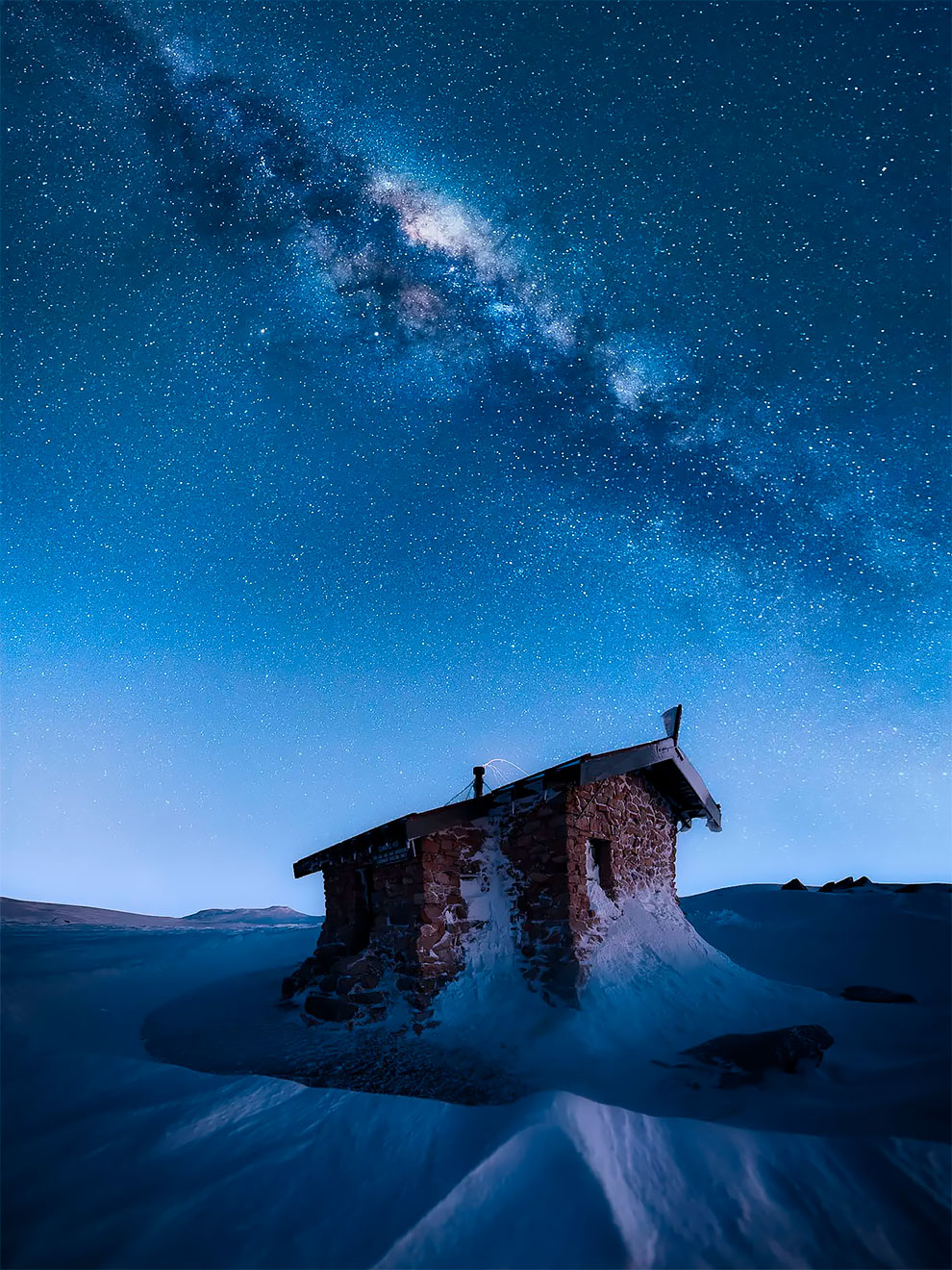 ‘This photo was taken during a trip to Kosciuszko, the highest point in Australia. It is also one of the best places to capture the Milky Way, in part thanks to the dark skies.’ Photograph: Josselin Cornou 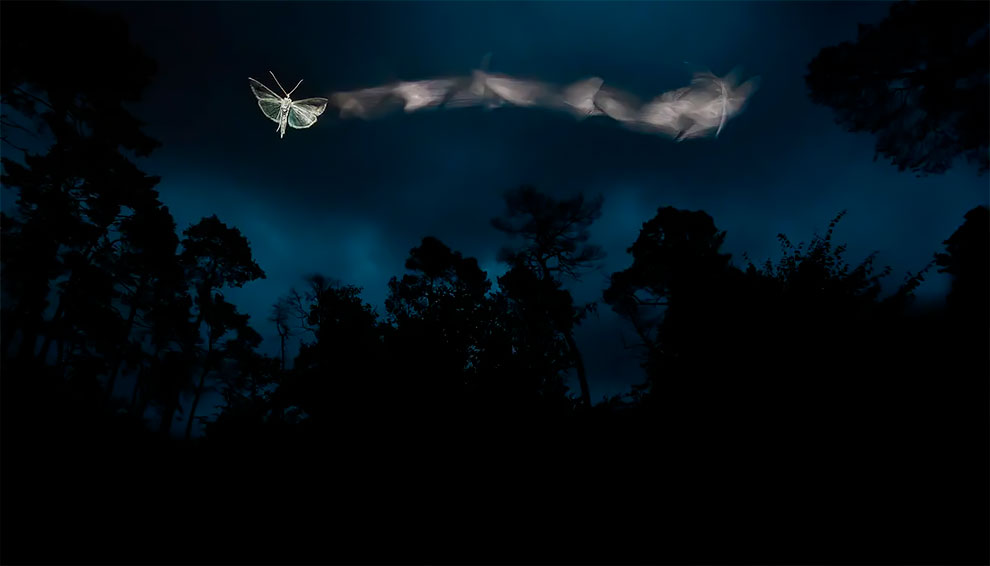 ‘I managed to photograph this moth in summer at dusk. To keep track of the flight, I used an LED headlight, and I lit the moth with a flash. I made the twilight mood with multi-exposure inside the camera.’ Photograph: Tibor Litauszki 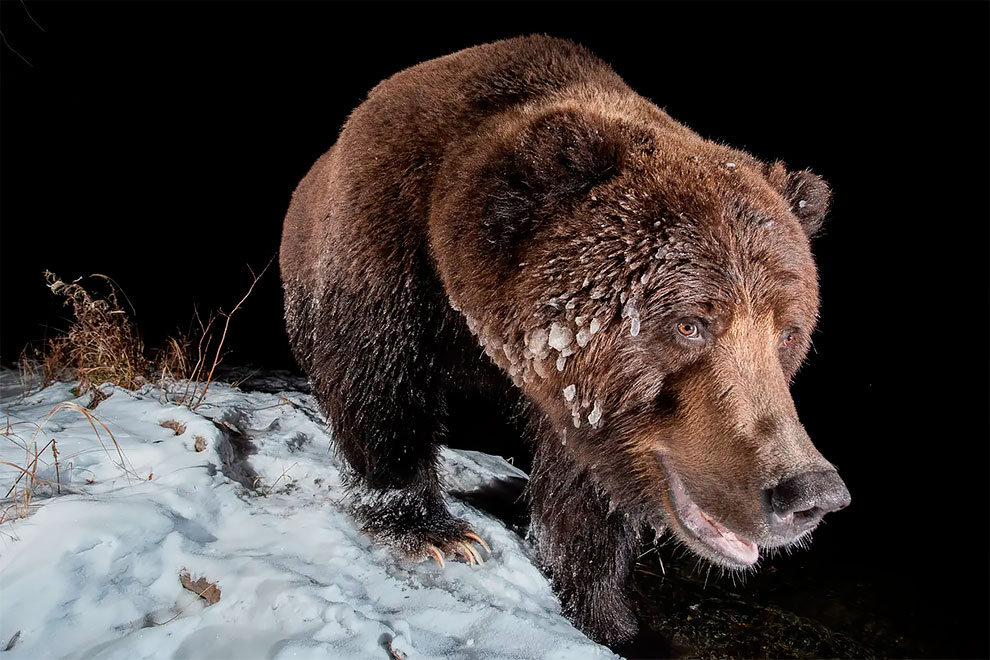 ‘A large grizzly bear passes in front of my camera trap. In the Yukon, Canada, a unique phenomenon happens every year – the bears will freeze their fur and stay out until the month of December, despite the temperature reaching as low as -30C.’ Photograph: Geoffrey Reynaud 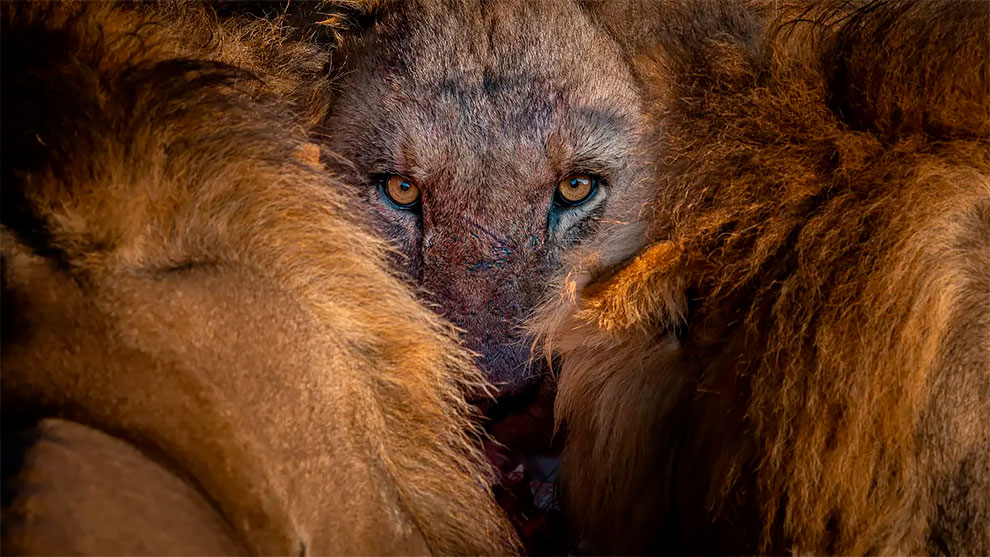 ‘When a huge lion looks you right in the eyes, you immediately forget that you are sitting safely in the car. Instinctively, you cower and slowly retreat deeper inside the car so as not to provoke a predator.’ Photograph: Tomasz Szpila 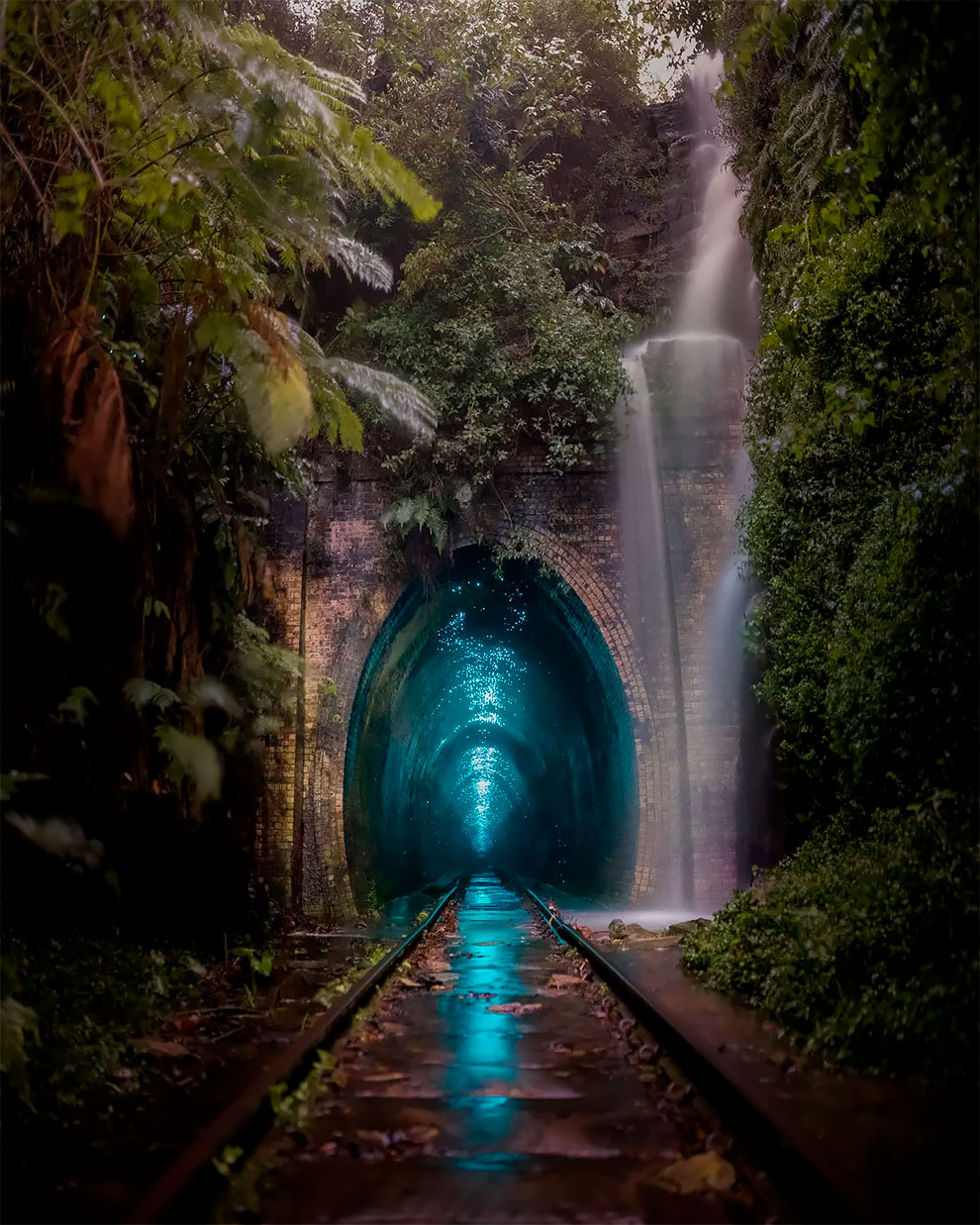