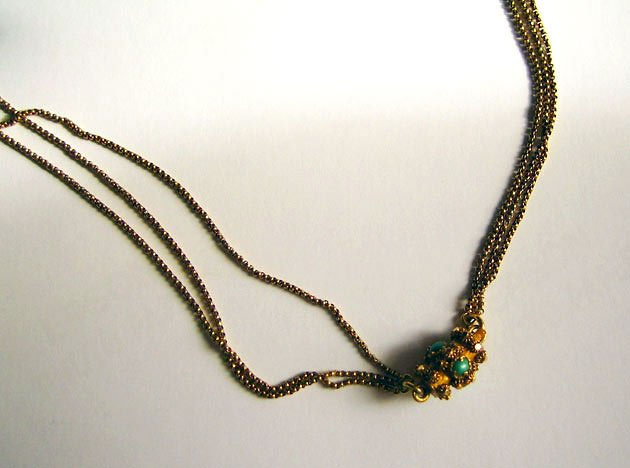 A necklace once worn by a passenger on the ill-fated ocean liner the Titanic has been stolen from a traveling exhibit in Copenhagen. The necklace was stolen Saturday during opening hours at the exhibit hall in Tivoli park in the centre of the Danish capital, and the thief or thieves had gotten away without tripping the alarm system. (AP / Yahoo) 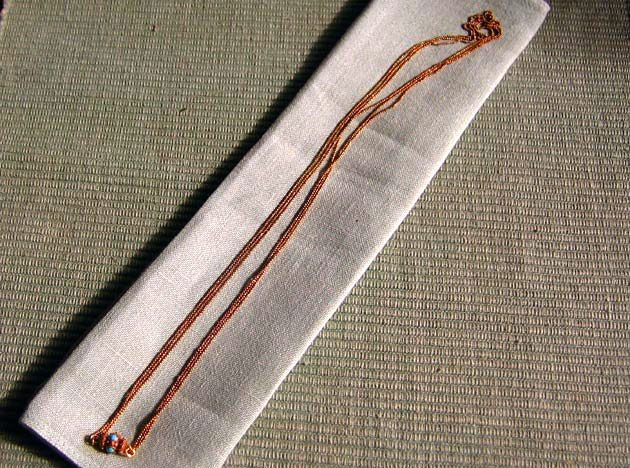 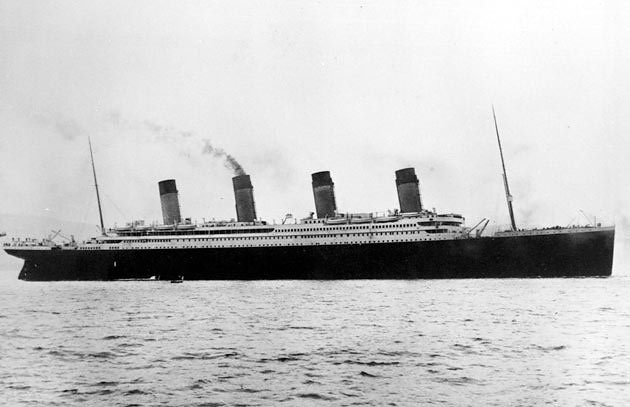 The Titanic hit an iceberg in the Atlantic Ocean on her maiden voyage from Southampton, southern England, to New York City in April 1912, and sank in just over two and a half hours, killing around 1,500 people. (AP / Yahoo) 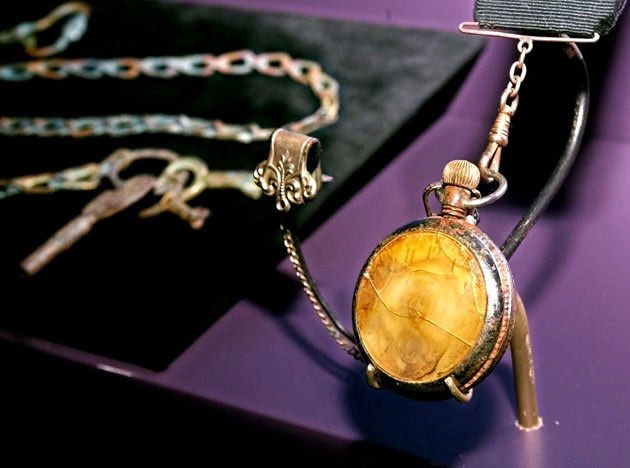 This pocket watch with a mail key and chain was recovered from the body of American postal clerk Oscar Scott Woody, one of five mail clerks who died in the sinking of the RMS Titanic, and is on exhibit at the Natonal Postal Museum in Washington Friday Sept. 17, 1999. Woody and four colleagues gave their lives trying to save heavy bags of mail on the doomed RMS Titanic; the “RMS” stood for Royal Mail Steamer. (AP Photo / J. Scott Applewhite / Yahoo) 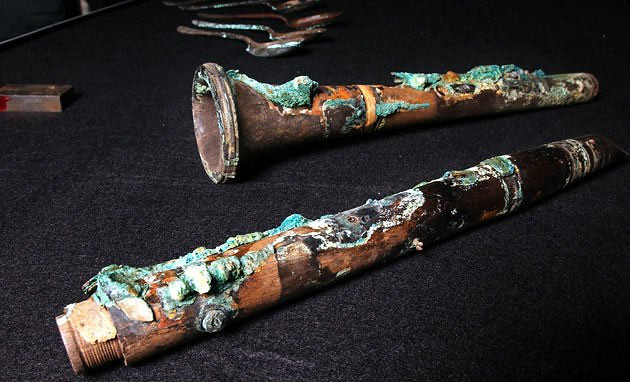 This wooden clarinet salvaged from the wrecakge of the Titanic, is among some of the artifacts displayed by RMS Titanic, Inc., Thursday Jan. 10. 2002 at the Maritime Aquarium in South Norwalk Conn., during a press conference announcing that the Titanic Science Exhibit that will open February 1 2002. (AP Photo / Douglas Healey / Yahoo) 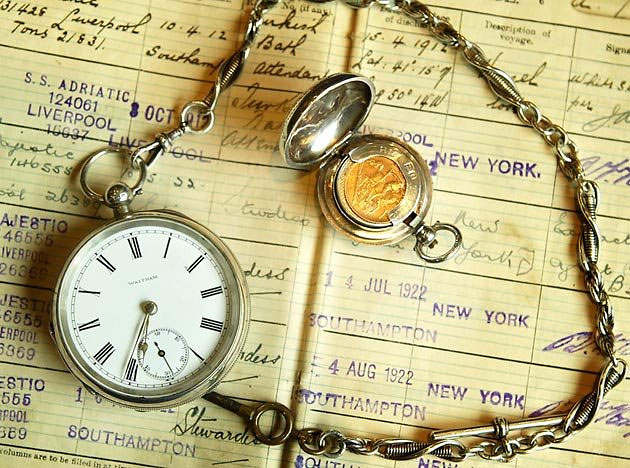 A silver watch and chain and silver watch fob containing a 1912 King George V half-sovereign, lying on a Mariner’s Certificate of Discharge, are displayed at Bonhams auction house in London, Thursday March 10, 2005. These items form part of the White Star liner RMS Titanic collection, which will be on sale March 23. The watch, fob, and Certificate belonged to Annie Caton, who survived the sinking of the Titanic. In the top left corner is the engagement listing for April 12, 1912. (AP Photo / John D McHugh / Yahoo) 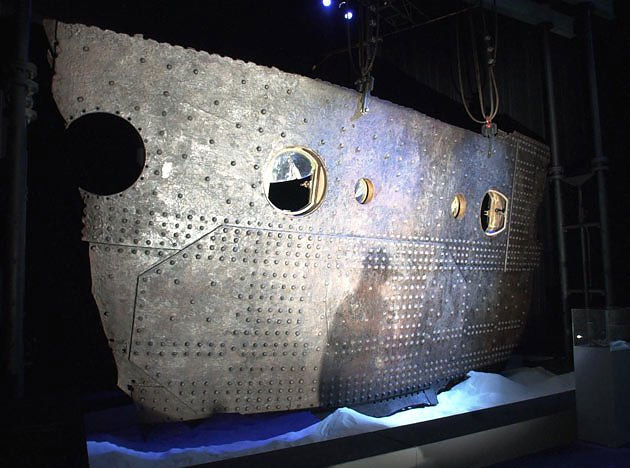 A workman’s shadow is cast on a giant section of the hull of the RMS Titanic Wednesday Feb. 16, 2000, at Chicago’s Museun of Science and Industry. The 20-foot-long hunk of riveted steel weighs 13 tons, and is the largest piece of the exhibit which includes many pieces of recovered wreckage. (AP Photo / Stephen J. Carrera / Yahoo)