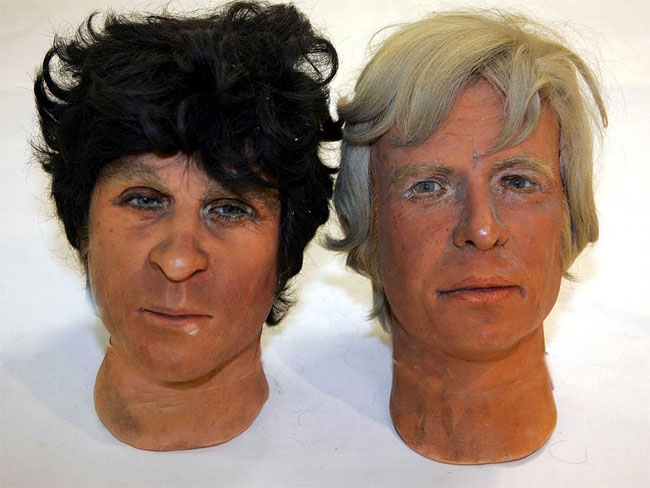 Louis Tussauds House of Wax in the English seaside town of Great Yarmouth had been quietly disappointing customers for over 50 years when it rose to prominence in 2008 after being labelled “the world’s worst waxworks.” The museum shut down last year after owners June and Peter Hayes retired, but this month the collection of unlife-like models of stars, athletes and royalty found a new home when they were snapped up by an anonymous buyer from the Czech Republic. The waxwork heads above, if you haven’t already guessed, are of ’70s heartthrobs and “Starsky and Hutch” actors Paul Michael Glaser and David Soul. Of course they are. (Rex Features: Albanpix Ltd) 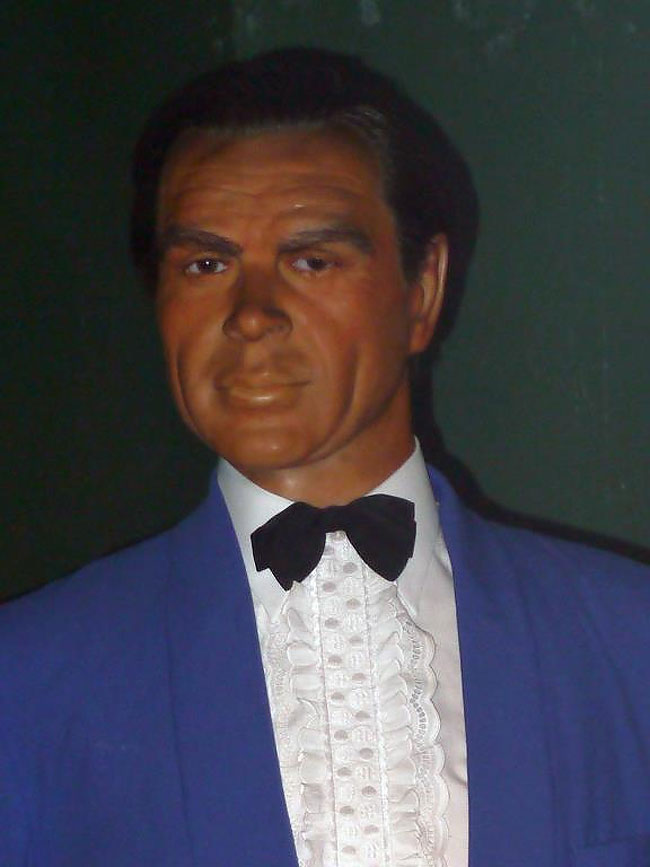 Sean Connery as James Bond
This over-baked rendering of Secret Agent 007 is a case where they really should have said, “Never, never again.” (Rex Features: Albanpix Ltd) 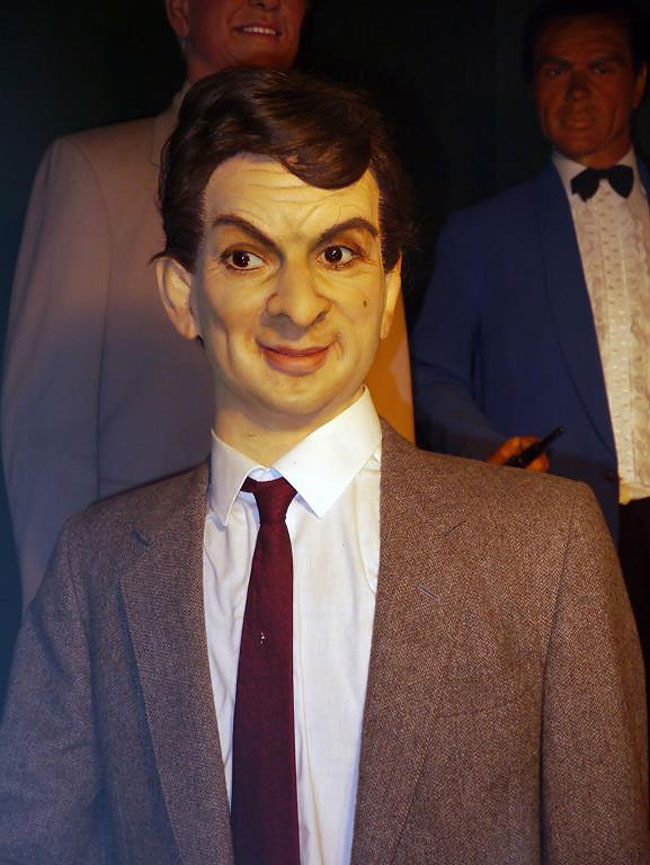 Rowan Atkinson as Mr. Bean
Comedy series “Mr Bean” had people laughing around the world in the early ’90s — but we don’t remember it ever being as funny as this waxwork. (Rex Features: Albanpix Ltd) 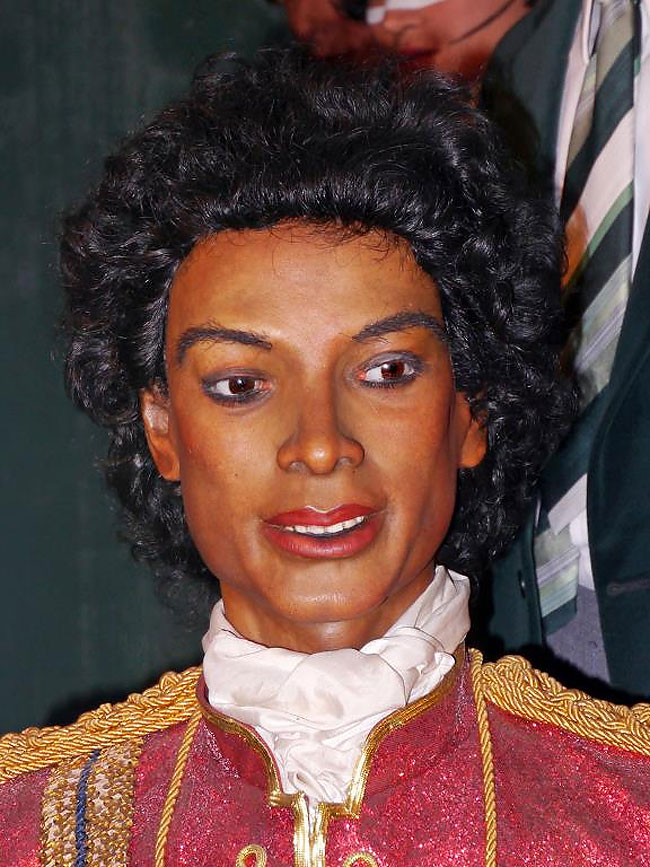 Michael Jackson
Michael Jackson changed his appearance many times over his career — but does anyone remember him sporting this look? (Rex Features: Albanpix Ltd) 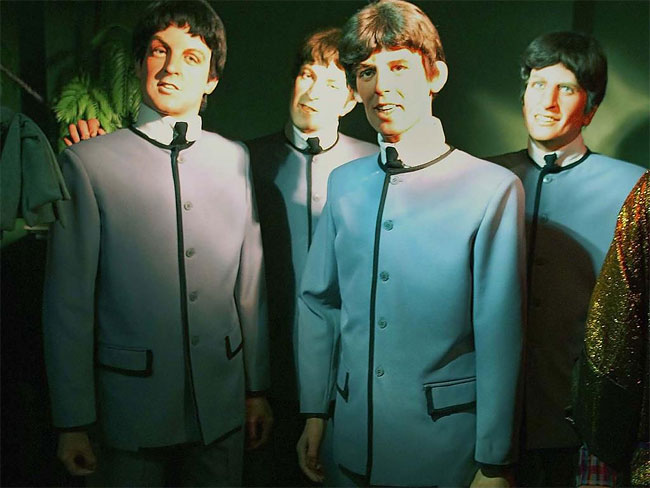 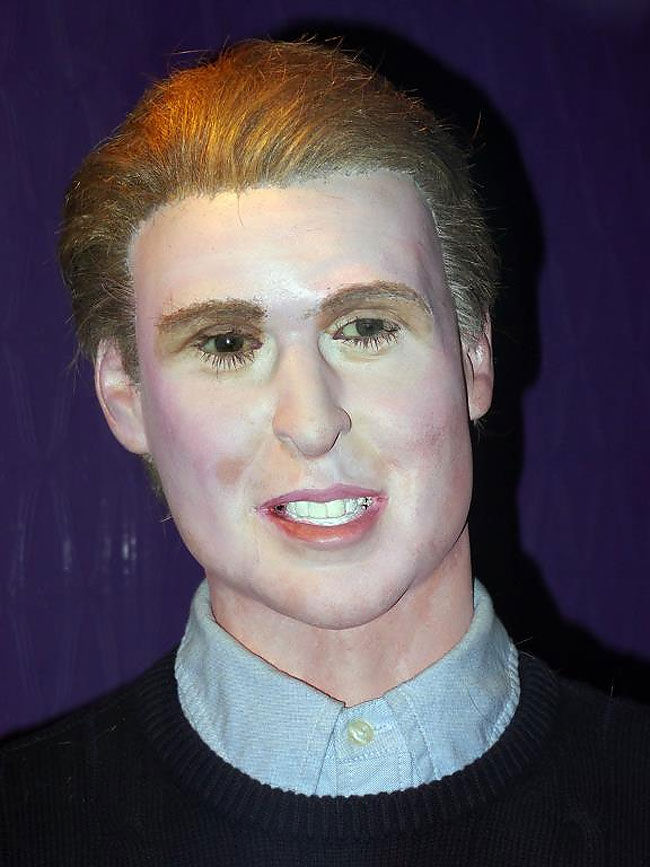 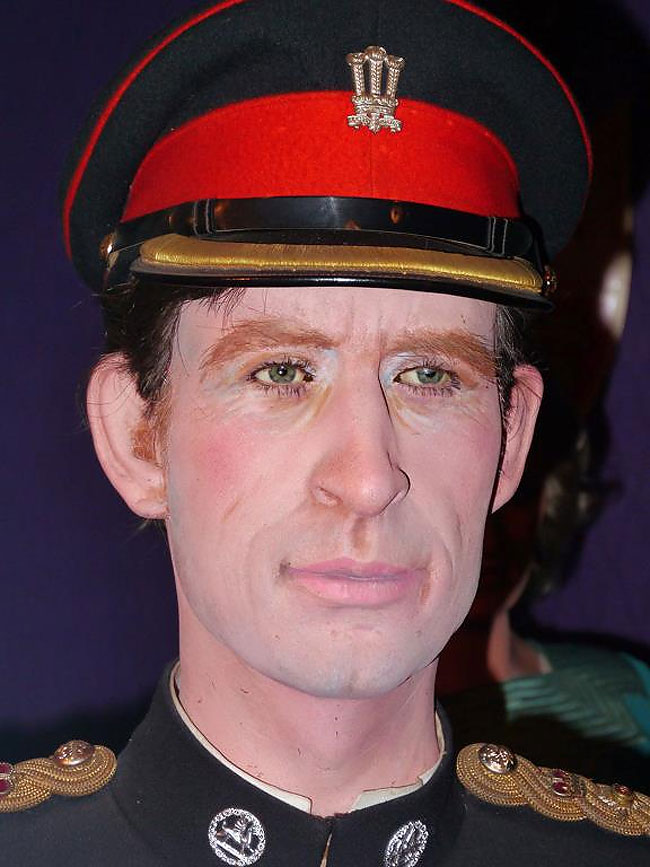 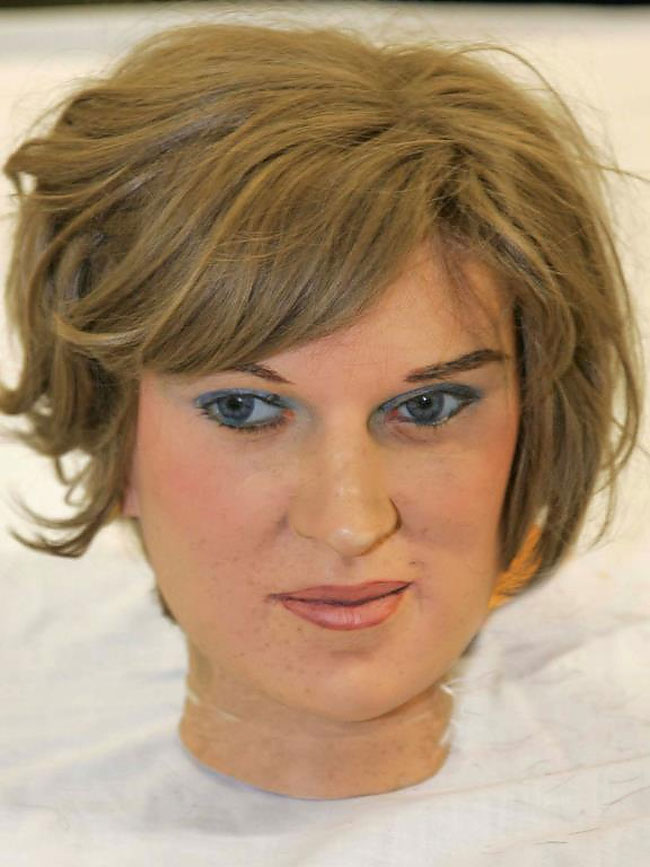 Diana, Princess of Wales
This sorry-looking wax head is definitely not a fitting tribute to the much-loved English princess. (Rex Features: Albanpix Ltd) 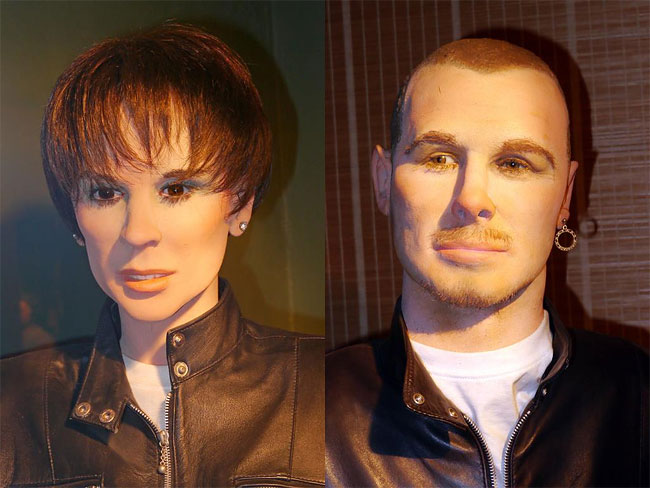 Victoria and David Beckham
These models of fashion guru Victoria Beckham and her footballer husband David must have been made around 2000 or 2001, judging by the haircuts. Definitely a case for impoundment by the fashion police. (Rex Features: Albanpix Ltd) 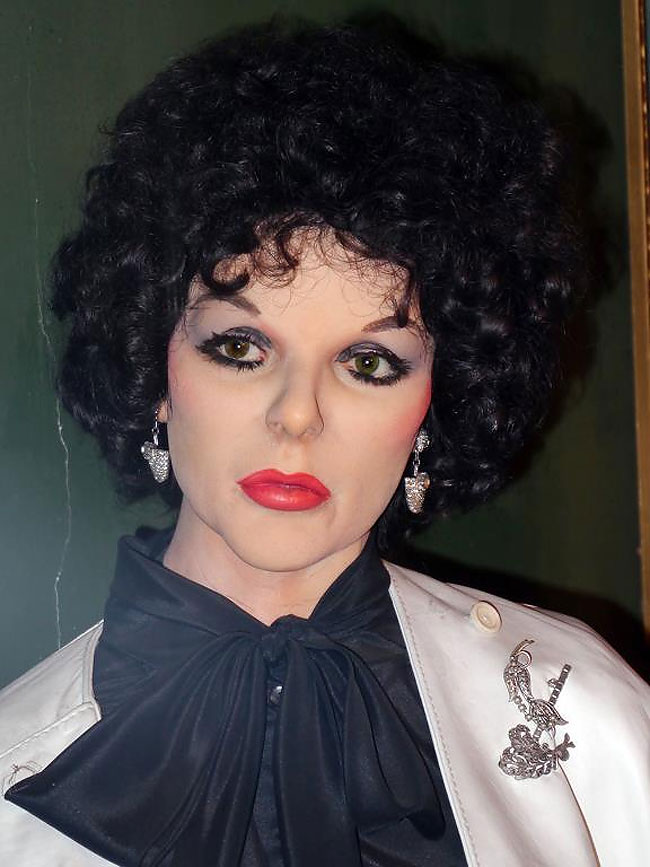 Joan Collins
Joan Collins thrilled audiences around the world in the 1980s as the villainous Alexis Colby in the TV series “Dynasty.” She doesn’t look too thrilled here, though. (Rex Features: Albanpix Ltd) 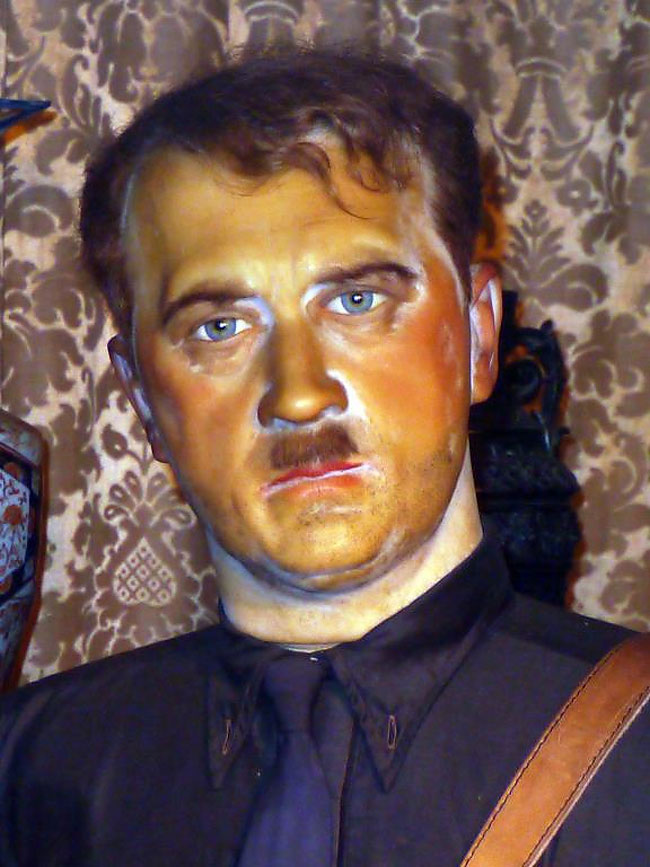 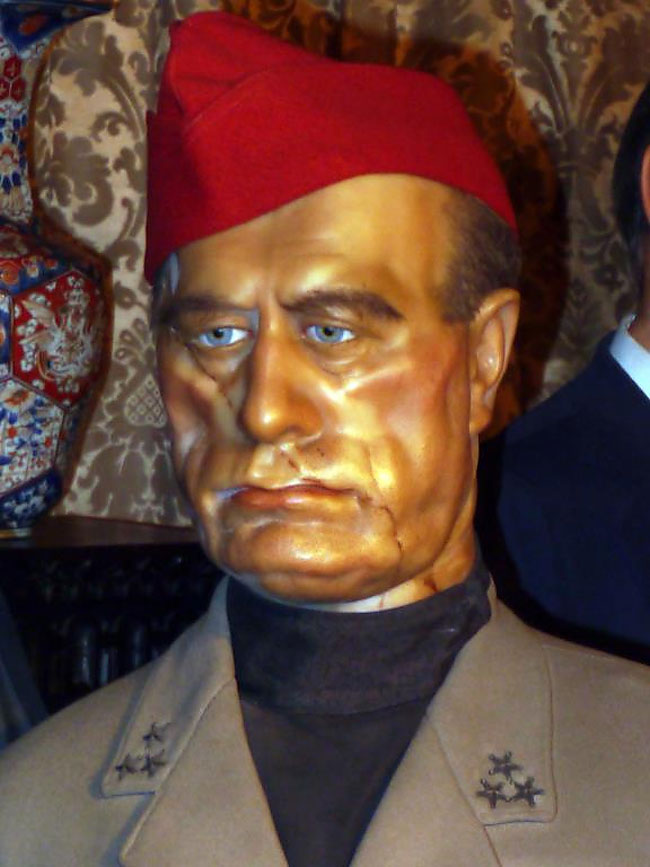 Natasha Kizmet's Body Painting Tribute To Peyton Manning
"Awilda" by Jaume Plensa
Amazing Snailpimp Art By Stefan Siverud
Artist Spends Up to 8 Hours on Beautiful Sand Paintings that will be Swept Away by the Wind
Amazing Works by the Unknown Illustrator
An Authentic 16th Century Plague Doctor Mask Preserved And On Display At The German Museum Of Medical History
The Chase is Better than the Catchphrase
Organic Art of Rachel Kilback
"Around the Rim" by Johnson Tsang
"The Way We Fall": Eerie Illustrations Of An Apocalyptical World By Yuri Shwedoff
What the World Eats By Peter Menzel And Faith D'Aluisio
Meet Your God
Travel Times To Cities Around The World
François Dourlen Blurs The Line Between Popular Culture And The Real World With His iPhone
The Copycats: Cats Imitating Famous Works Of Art
Tyrannosaurus Rex is on Display in Paris
One Of The Biggest Eco Murals In The World Has Just Been Created In Poland
Final Touches
Costly Error
Home Supplies Made of Fabric
Arizona Desert “Boneyard” – World's Largest Storage Site for Old Military Planes
Carlsberg Advertising Campaign: Probably The Best Poster In The World
Let There Be Light
2014 Sony World Photography Awards
collection, waxworks, world, worst