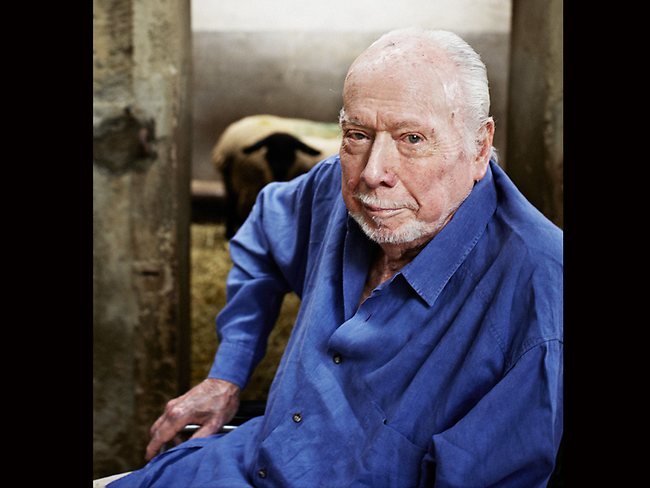 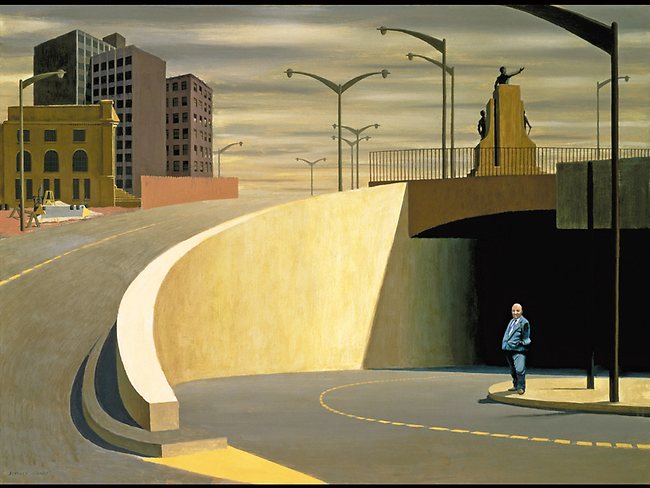 The Cahill Expressway 1962. A true Australian Art icon; painted just prior to his moving to live in Italy. Do not ask him who is the one armed man: he will not say. 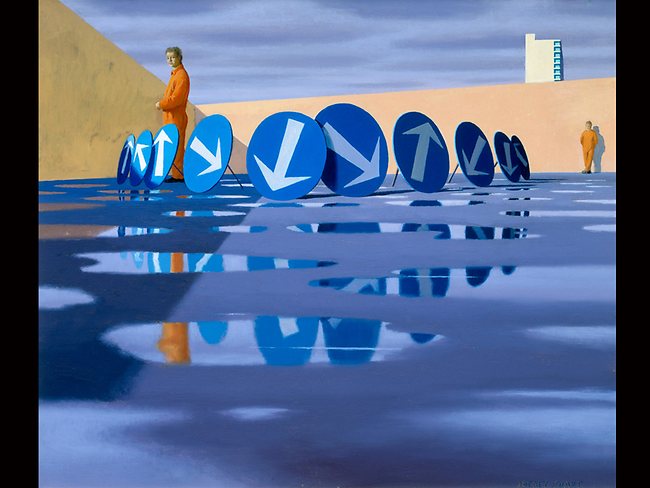 Reflected Arrows 1974. A surprisingly small work when you see it, but just sublime; so complex, so beautiful. 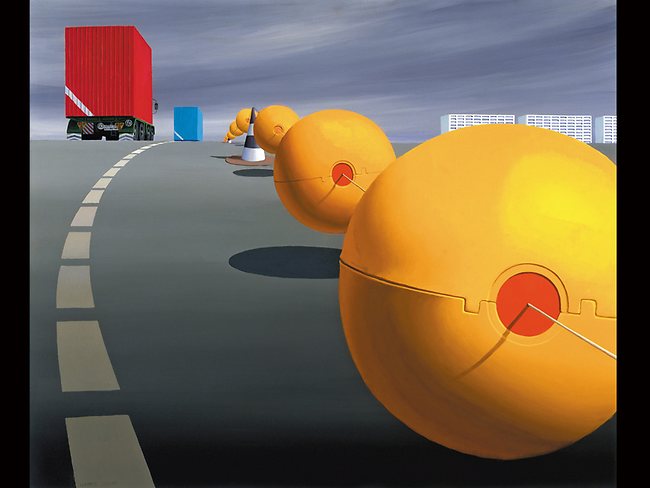 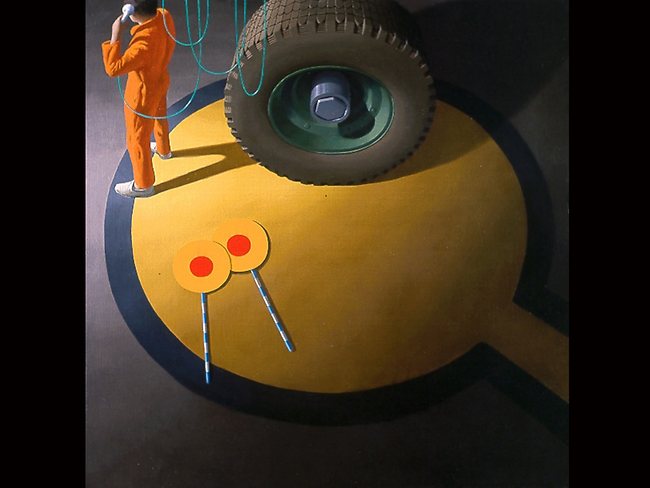 Night Stop Bombay 1981. Smart shows us he could paint a 1960s OP art masterpiece, if he wanted to. Not sure I would like to travel in a 747 with truck tyres for landing wheels though. 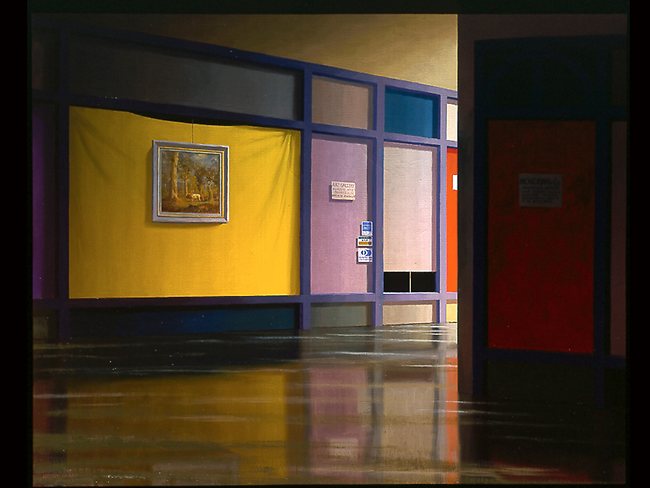 Art Gallery in Shopping Arcade 1985. Smart showing us he could paint a Mondrian, or a Hans Heysen, while making in-jokes about the Australian art world: again so complex, so beautiful. 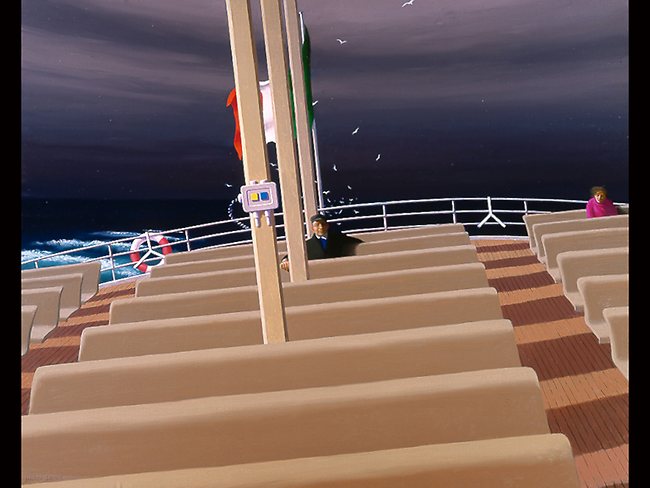 Off Brindisi 1985. In his autobiography Not Quite Straight there is a photo of a very young Jeffrey on a very similar boat. It must be a childhood memory. 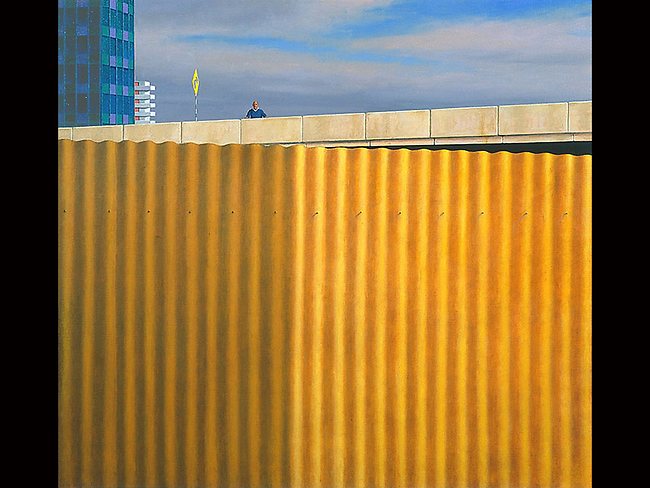 Portrait of Clive James 1991-92. People often focus on how Jeffrey has reduced Clive’s head. However, I think that Clive would admit that he is not a vision of divine beauty, and Jeffrey has done us all a favour. 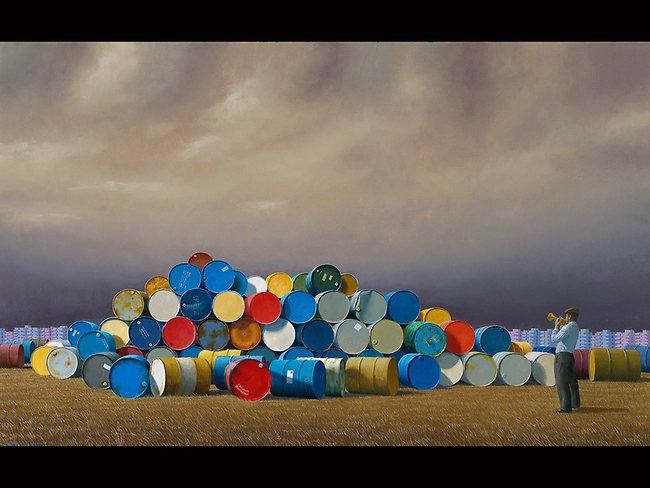 The Oil Drums 1992. Margaret Olley desperately wanted this work for the Art Gallery of NSW; she knew how good a work it was. But they were too slow. 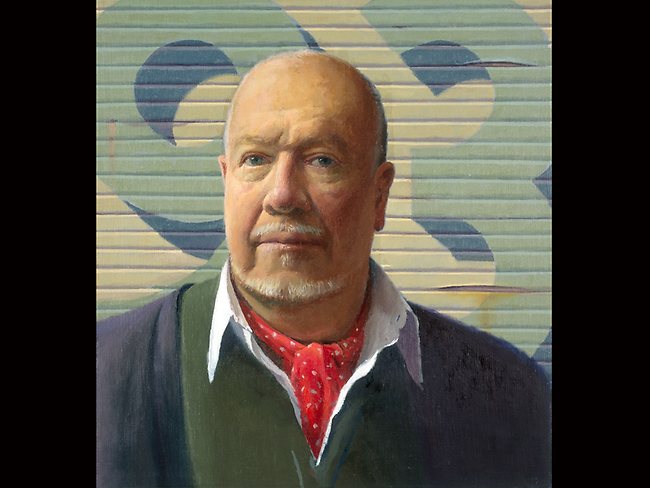 Self Portrait 1993. My favourite self-portrait of Jeffrey. It captures both the man and the artist. Now in the University of Queensland portrait collection. 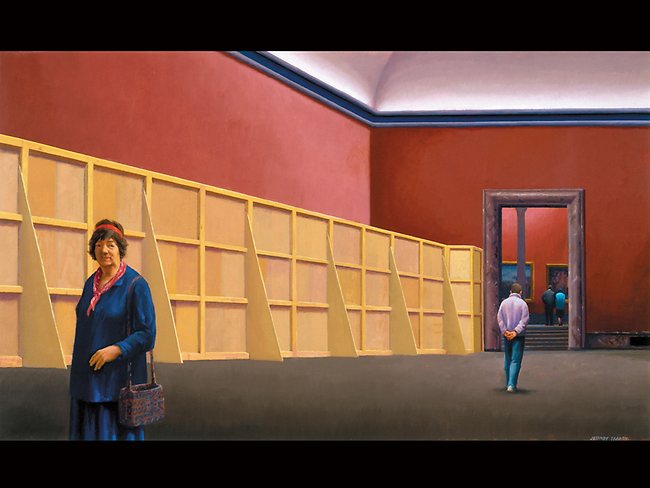 Portrait of Margaret Olley, In the Louvre 1994-95. They were great mates, and she was a champion of his work. 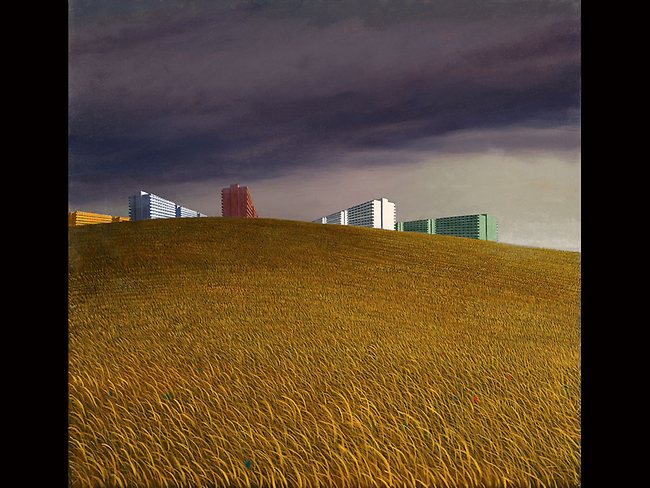 On the Periphery 2003. Now in the collection of the National Gallery of Australia, where it belongs. It reminds us we are urban creatures, and you can find beauty, if you open your eyes and look. 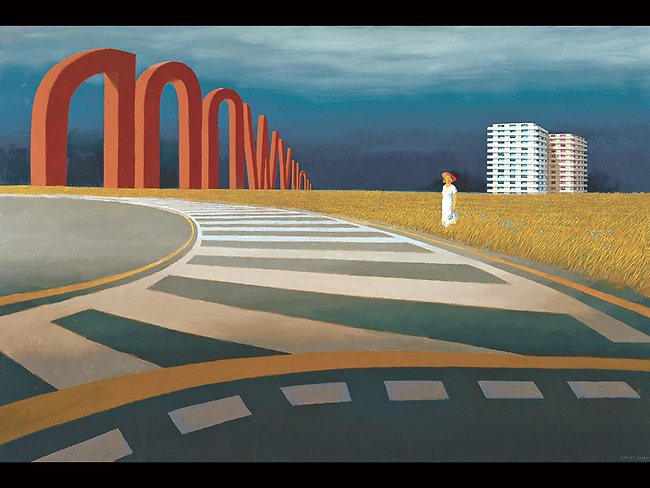 Leaving LA 2007. A reworking of themes Jeffrey last visited in the 1960s. Barry Pearce refers to him as “the master of stillness”. It is simply, a beautiful work.

This Artist Imagines The Roman Empire’s 250,000 Miles Of Roadways As A Subway Transit Map
Out of Sync
In Need of Help
The Chase is Better than the Catchphrase
Don't like your country's flag? Redesign!
Disused Jets in U.S. Air Force 'Graveyard' given New Lease of Life by World's Best Graffiti Artists
Canned Human Condition
The Biggest Structure Made of MERKUR
New Impossibly Tiny Landscapes Painted on Food by Hasan Kale
Hyper Realistic Dolls by Laurence Ruet
2007 ‒ 2023 by Design You Trust. Proudly hosted by WebHostingBuzz.
Privacy Policy · Terms of Service · Content Removal Policy ❤️ 🇺🇦