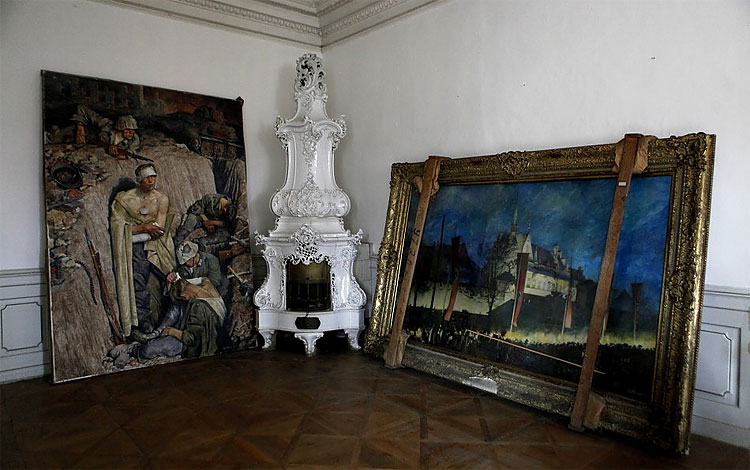 A Czech writer and publisher made headlines after discovering seven paintings owned by one of the bloodiest tyrants in history. Jiri Kuchar, who wrote two books on the collection, said the paintings were discovered in Doksany, a small town about 30 miles north of Prague, in a convent. They were believed to be lost for decades and are priced at $2.7 million or 50 million koruna. The convent, however, does not plan to sell the paintings. 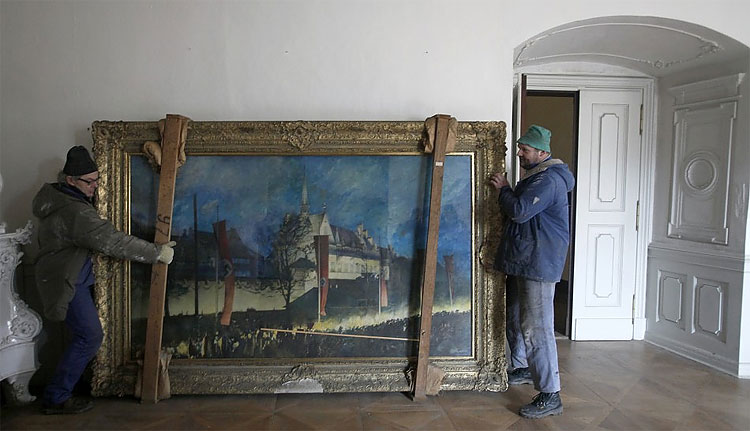 “They’re part of Hitler’s collection of about 45 paintings, about 30 statues, a writing table and some gifts, which was declared former Czechoslovakia’s war booty,” said Kuchar, according to the AFP. 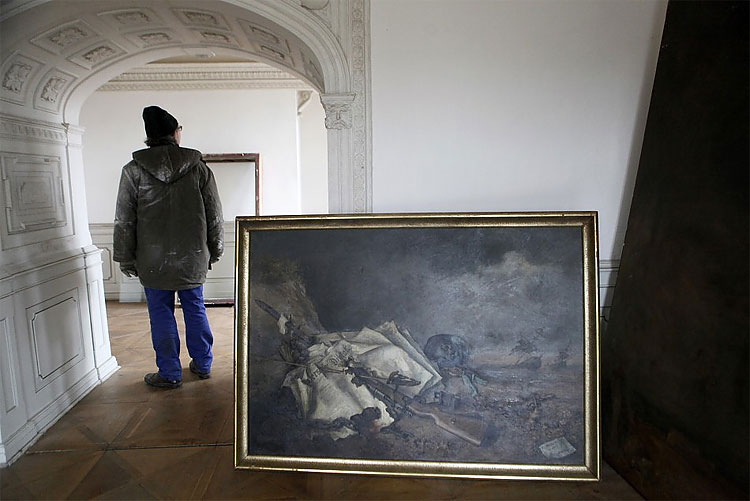 The collection includes a huge canvas artwork titled “Memories of Stalingrad.” The painting depicts wounded German soldiers seeking shelter in a trench during the famous World War II battle. The painting was reported to be one of Hitler’s favorites, said RTE, even though the German army lost the battle. 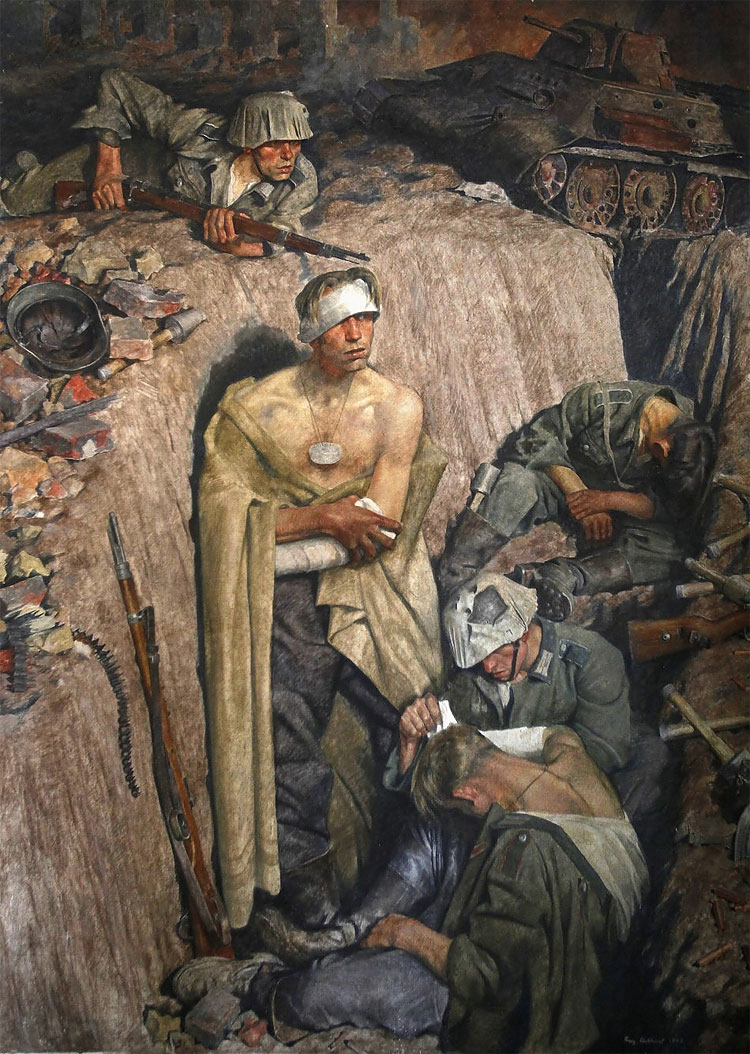 Hitler had reportedly ordered the paintings to be hidden in the monastery as the Allied forces closed in on Berlin. However, they were found by American forces. The paintings disappeared. It remains unclear where they went or how they ended up in the convent, reported the Telegraph. 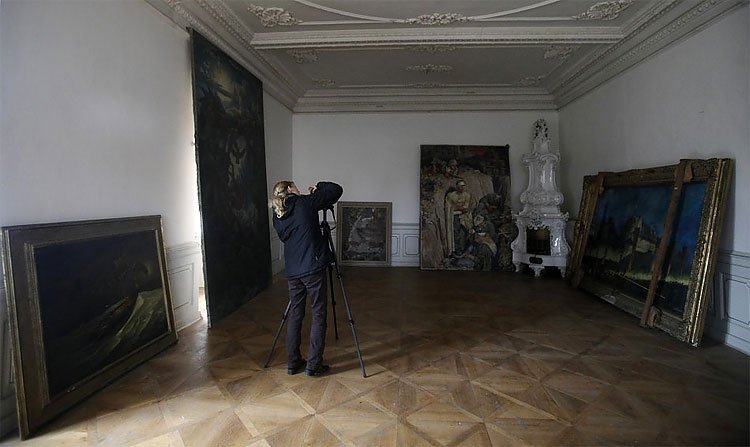 The discovery is not the end of the mystery of Hitler’s hidden art gallery. Kuchar said that there were a total of 16 paintings lost after the war. He is still on the hunt for the remaining nine paintings, but said it will be difficult to find them because some institutions might feel compelled to bury the past. 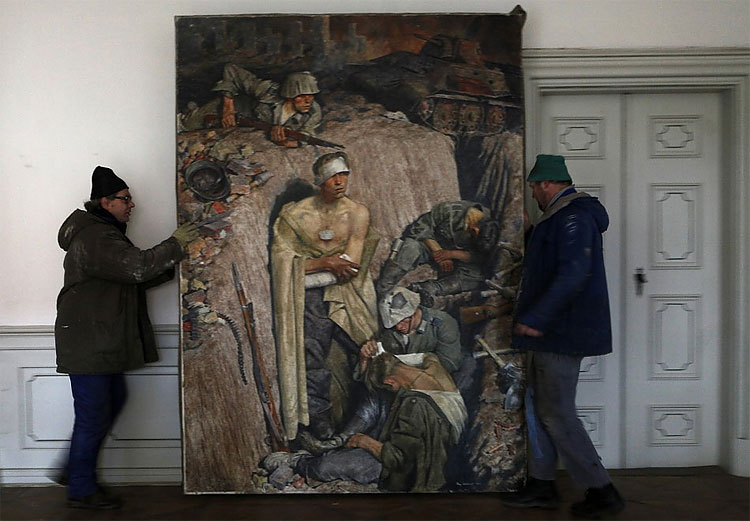 People Ask This Artist To Edit Their Pics And He Absolutely Nails It
Recycled Art by Jane Perkins
The Scream
Let There Be Light
Incredible Artworks Made of Packaging Tape
Secret Life of The American Teenagers in Urban Paintings by Mark Tennant
Bread Lisa
A Look into the Minds, or Rather, Desks, of Washington Art Notables
South Park 15th Anniversary Event in Opera Gallery New York
Stolen Paintings
2007 ‒ 2023 by Design You Trust. Proudly hosted by WebHostingBuzz.
Privacy Policy · Terms of Service · Content Removal Policy ❤️ 🇺🇦