Cats Get Their Claws Into World Leaders For Internet Censorship Campaign 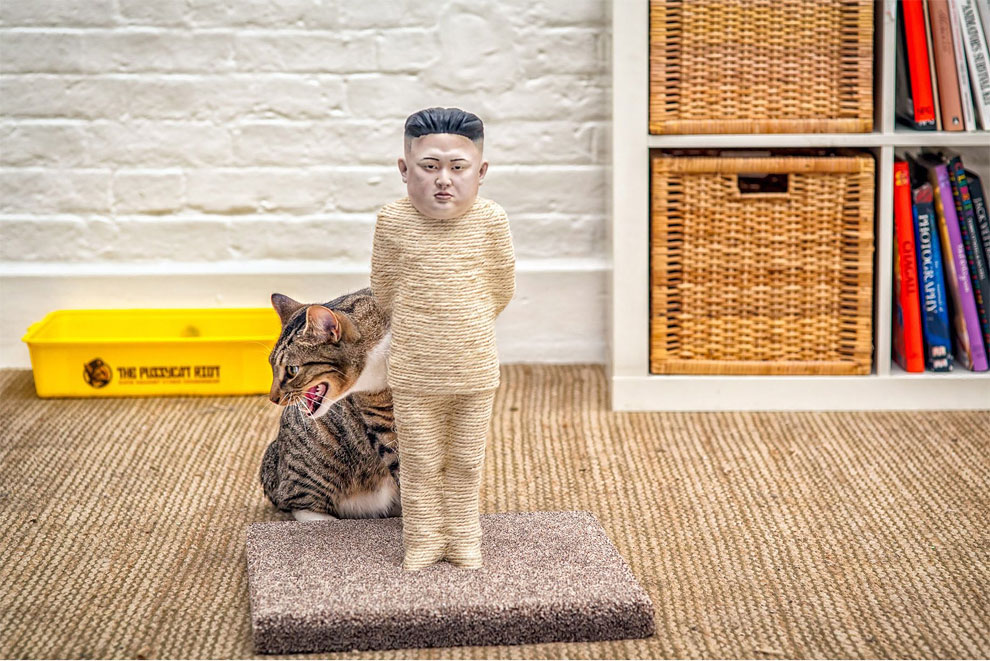 The claws are out for North Korean dictator Kim Jong-un and Russia’s Vladimir Putin – as cats now able to use a model of him as a scratching post. And moggies can also maul at Russian president Vladimir Putin, whose face also features on the new cat toys which are 1.5ft tall and cost £4,500. They are made from hessian rope, and 3D-printed faces are then attached to the posts, before they are handpainted. The toys took a team of artists 200 hours to finish. 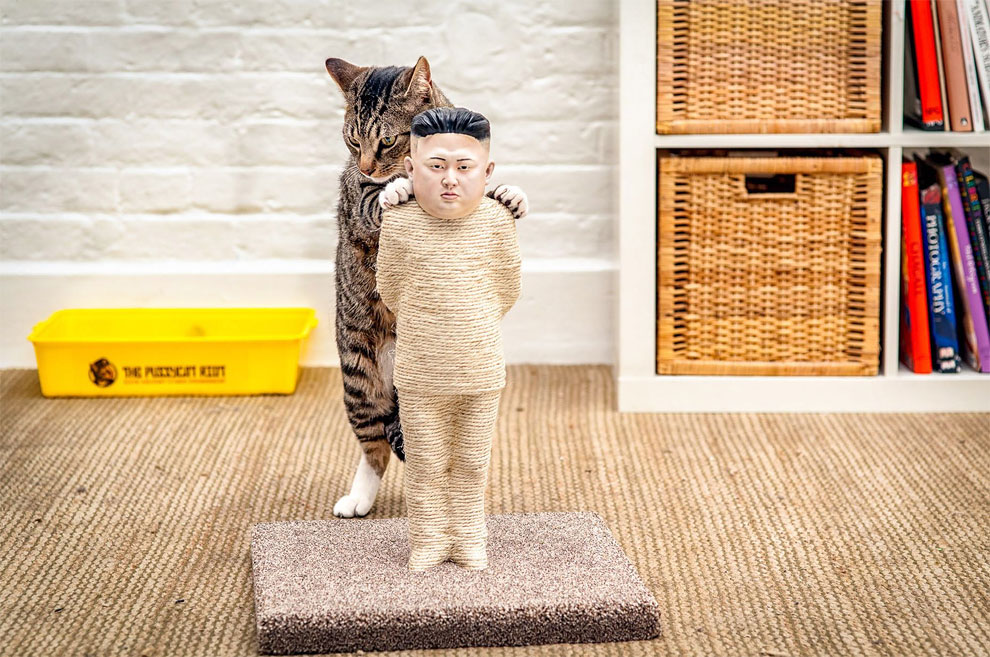 The selection of pet protest products also includes litter trays with portraits of Turkey’s Recep Tayyip Erdogan and Egypt’s Abdel Fattah El Sisi. The products are part of a range launched by internet privacy company HideMyAss.com, and dubbed The Pussycat Riot. The company wants people to see content blocked by governments, and the satirical cat products protest against regimes which deny citizens the right to access websites such as YouTube, Facebook and Twitter. All of the money raised from the products will be donated to the charity Index on Censorship. 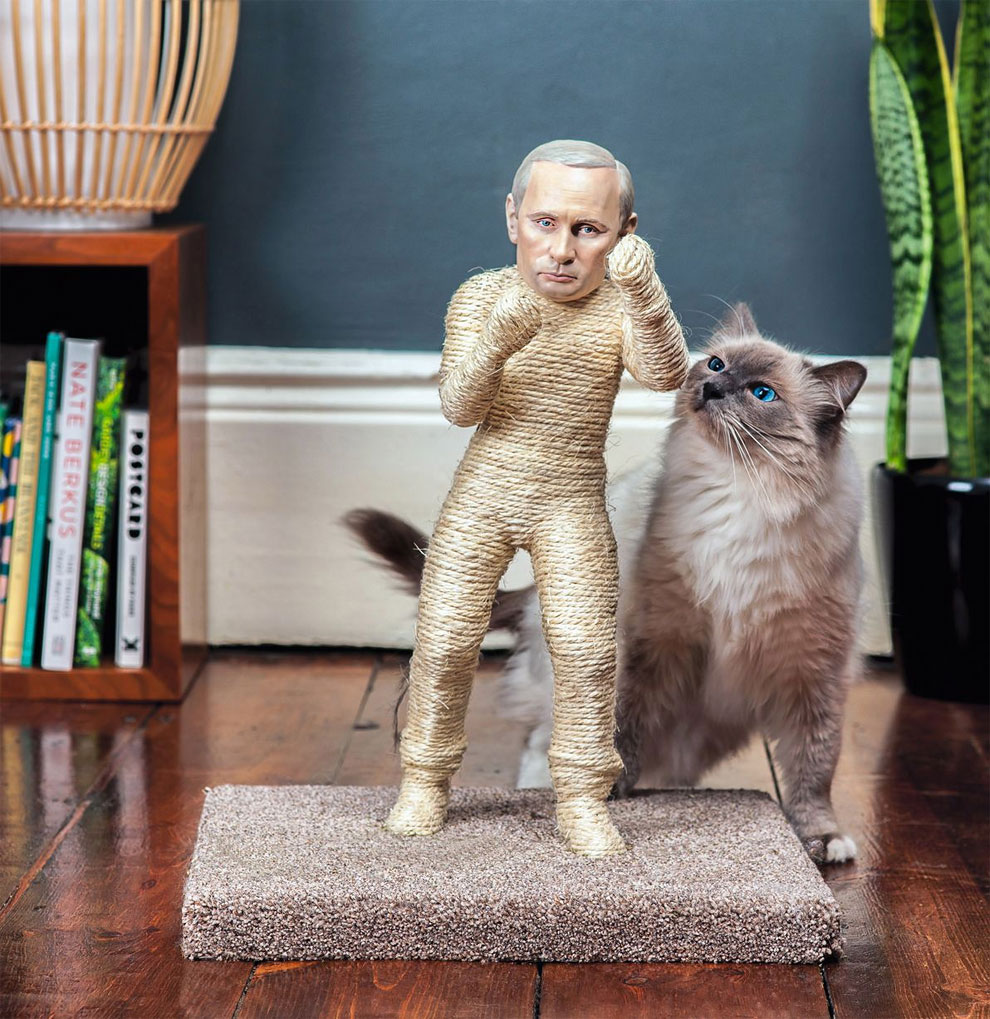 Cian McKenna-Charley, marketing director at HideMyAss.com, said: “To paraphrase its creator, the Internet is for everyone. But try telling that to the rulers of countries who attempt to “own” the net and control their citizens through censorship. Whether it is Turkey’s and Venezuela’s bans on YouTube and Twitter, the “great firewall of China”, or Russia’s “law on bloggers” and WiFi curbs, Internet censorship is an indefensible attack on civil liberties and it must be stopped.” 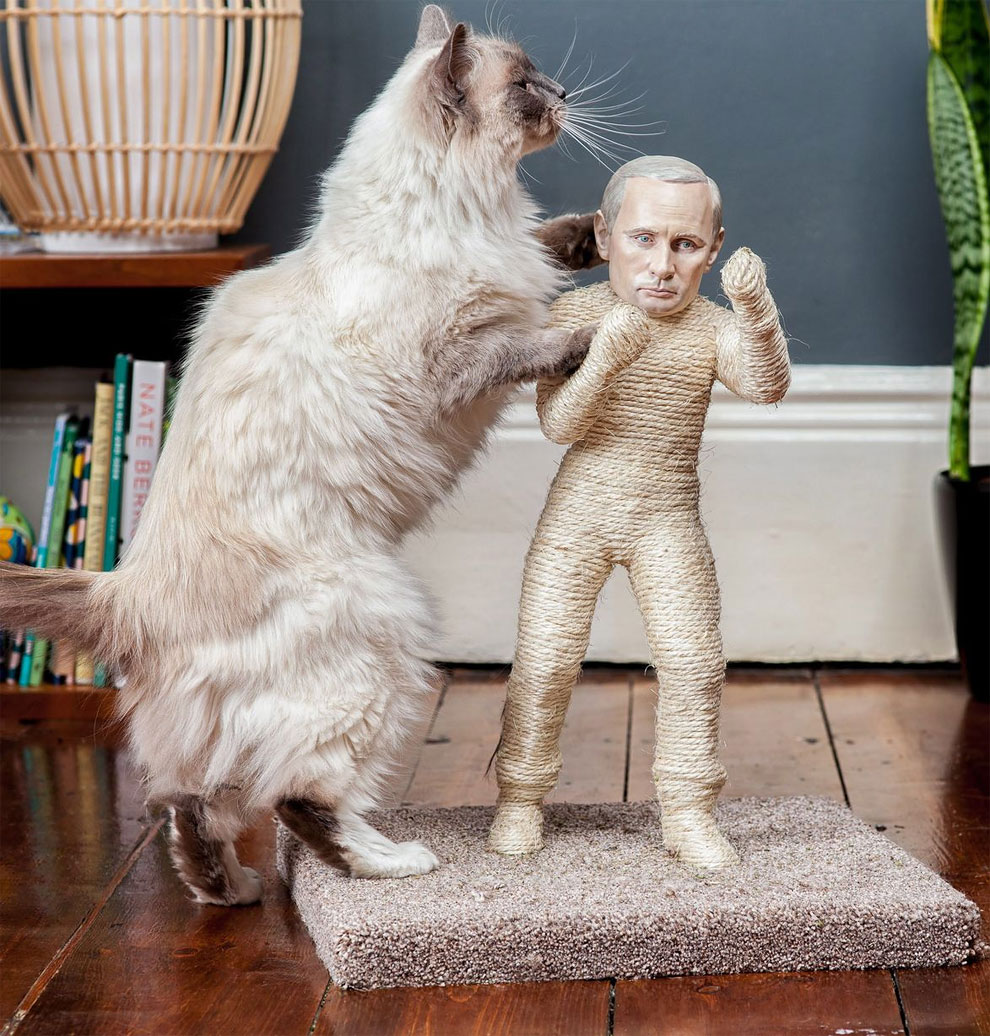 “The Internet loves cats, with millions of feline videos and images shared online every day all around the world, and even annual internet cat video festivals held to celebrate the best memes and virals. To us the cat is a symbol of freedom, and of a fair and neutral Internet”. 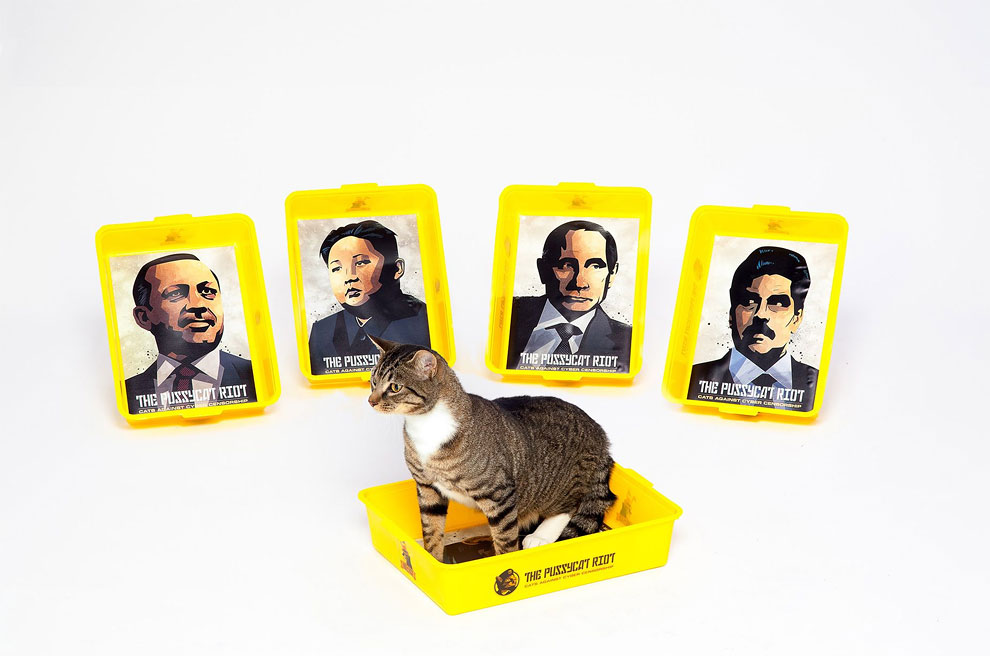